Thanks for your reply and here are the first images of my layout. I’m attaching 3 images of the original track plan taken from the Marklin Magazine several years ago. The layout is constructed in a 16’x11′ W design. I built the base on sawhorses from Home Depot with 2″x4” horizontal supports and bracing in between – very simple and sturdy. This was overlain with Homasote for sound deadening. I cut access windows where needed with a Dremel saw with side cutting drillbit. The modular design allows for subsequent dismantling in sections when I retire and move south of our current location in Illinois.

The layout utilizes 3-rail AC Marklin C track with digital operation from the Marklin Central Station CS-2. All locomotives are digital and the points (turnouts for US readers) are digitally operated which makes wiring almost non-existent apart from a bus wire with feeder wires to the main tracks every 2 metres to boost power to all track blocks. I’m an electrical simpleton so I need all the help I can get. Digital makes wiring so easy that even I could get it right!!

I liked the concept of a mainline station with smaller rural through station and a large marshaling yard. The two stations are connected by extensive curving double mainline tracks running over several bridges crossing a river and there are multiple hidden storage tracks beneath each station. I modified the plan somewhat to add extra track in the marshaling yard and also widened the curve in the rural station area to allow for more surface area for the rural town to be expanded. In addition I ultimately lengthened the end tracks in the main station to accommodate longer train consists. Getting the track levels correct was difficult. I eventually resorted to Woodland Scenics styrofoam inclines which proved invaluable.

I wish I had used them earlier and noticed that “Dangerous Dave” had incorporated their use in his layout revision. They make incline construction so simple. I had to pull all of the base boards apart and re-lay multiple areas of track in order to achieve smooth operation but the final assembly shows the end result with successful test runs over the entire track plan.The attached images of the undeveloped layout in pieces then assembled, show the sequence.

I was given my first small Marklin layout at age 5 and was fascinated by it. I developed a longstanding interest in the German and Swiss railroad systems and began collecting digital locos in the 1990’s after a lengthy break from the hobby. I was also intrigued by some of the legendary US locomotives like the UP BigBoy and the War Bonnet Sante Fe diesel passenger trains, so had a bit of a problem as to which systems to model, having collected both. I planned to build the layout in the basement and did not have enough room to build 2 separate layouts, so opted for a fantasy design running both Swiss-German and US trains on 1 layout, The rivet counters will be horrified but I just want to enjoy running my trains in a beautifully constructed landscape, so a blended system it is!

I can’t remember who said it but one of your readers suggested landscaping the layout in stages so as not to feel overwhelmed with the magnitude of the project. Given the busyness of my daily surgical schedule, night call and academic writing, I had relatively little time available and thought the advice to work on creating small vignettes in stages rather than tackling the entire landscape in 1 mammoth operation a good one. I began with the river and expanded from there. I will send further images of my progress starting with making the mountain backdrop and then the river scene. For now I enclosed the most recent image of the river crossing area and a close up of the coaling station in the marshaling yard to indicate how it has progressed since the humble beginnings!

Feel free to cut and paste this rather lengthy missive as needed. Again I so appreciate what you are doing for the hobby and hope my simple contributions will be of value to those contemplating building a new layout. 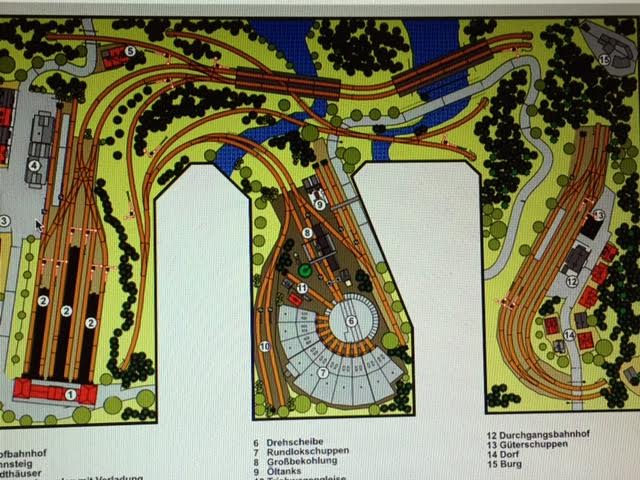 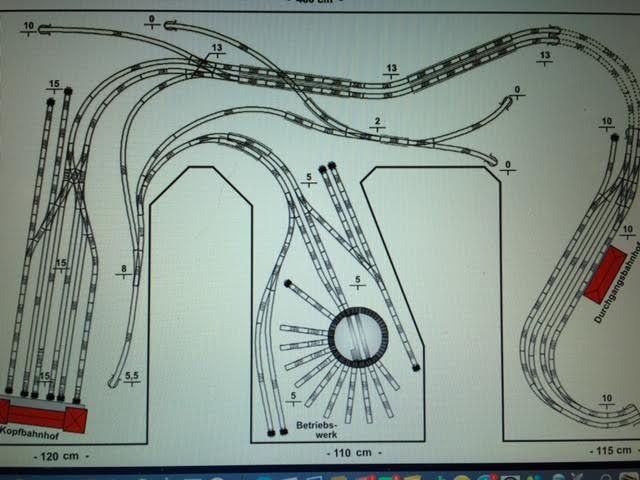 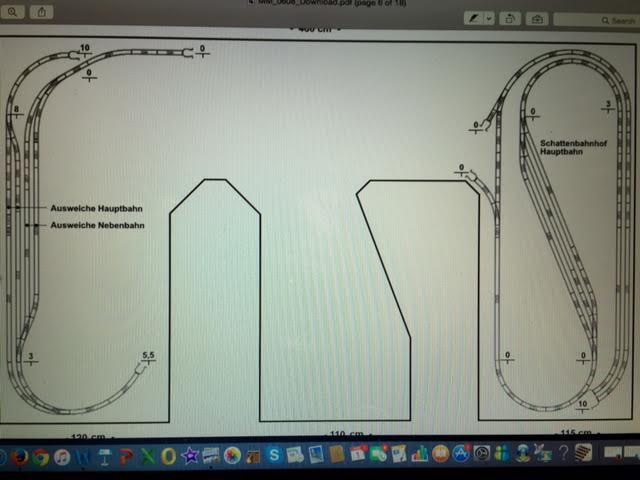 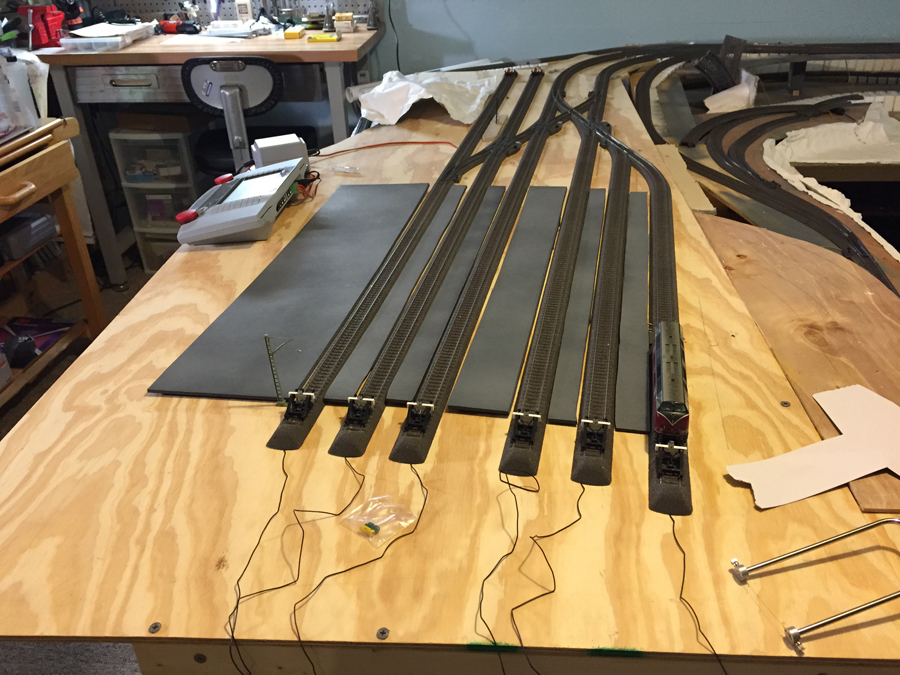 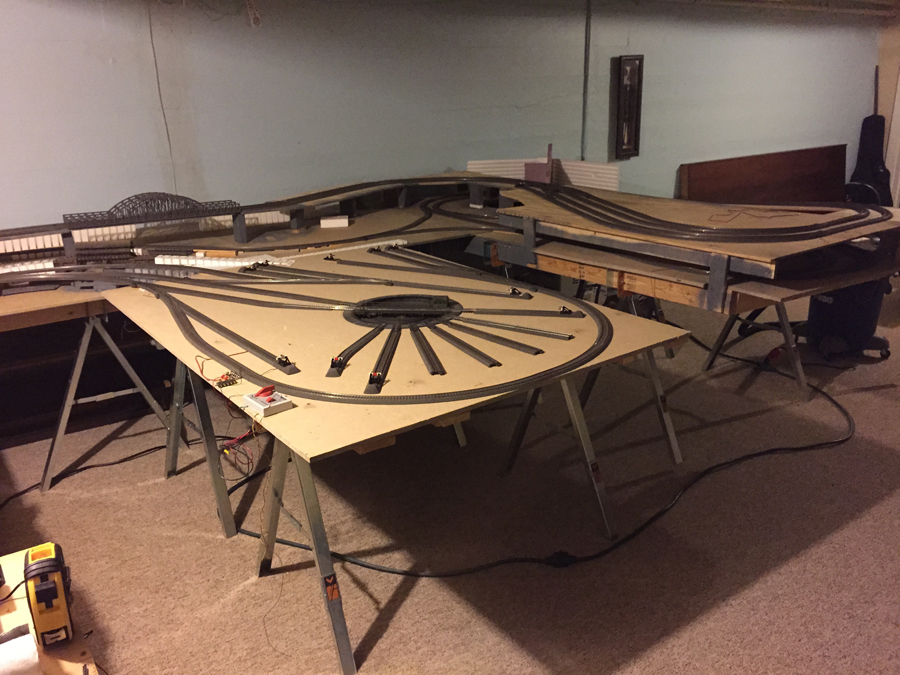 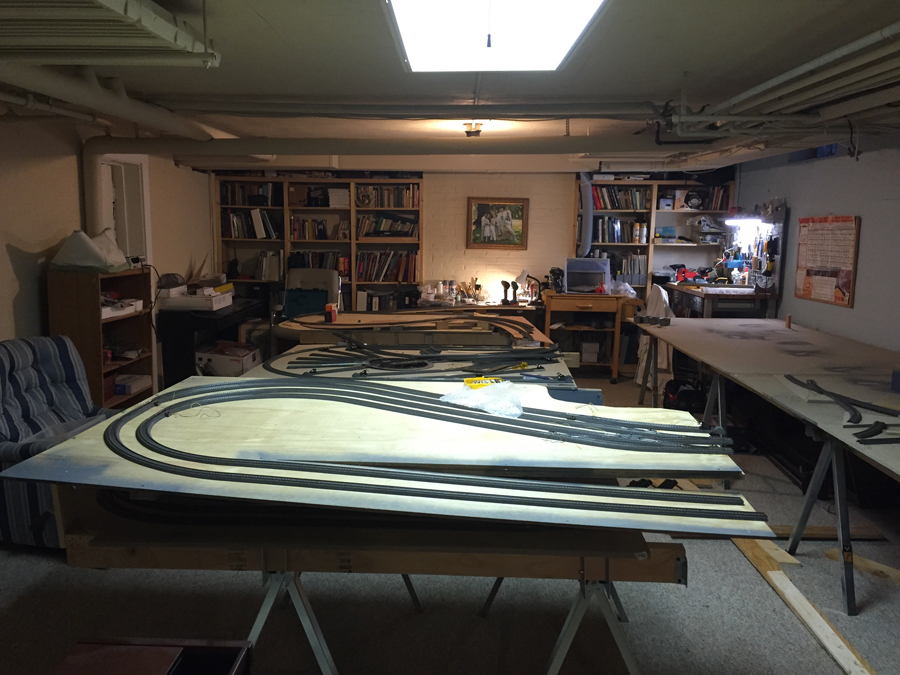 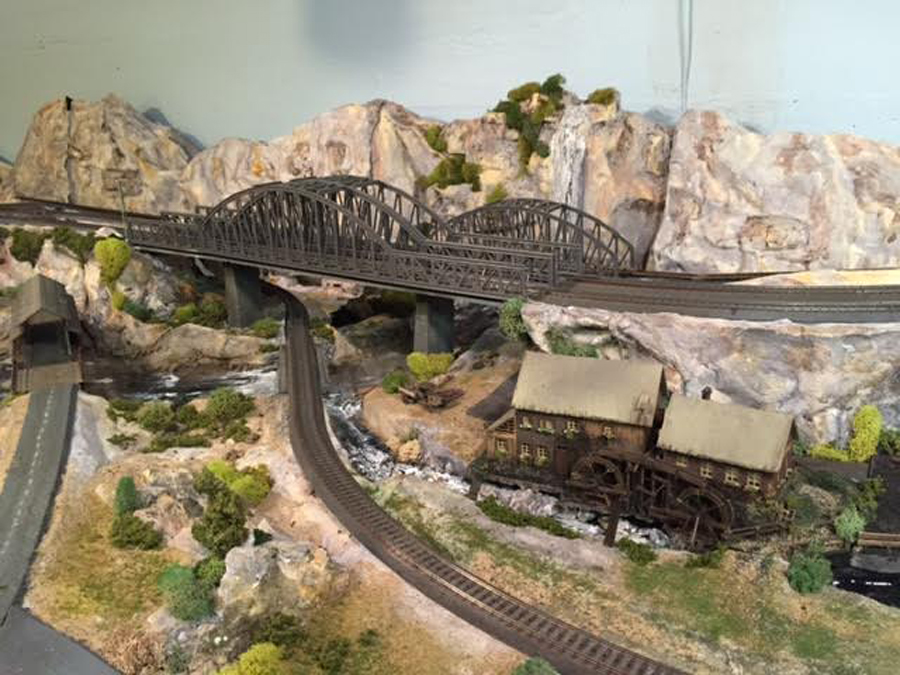 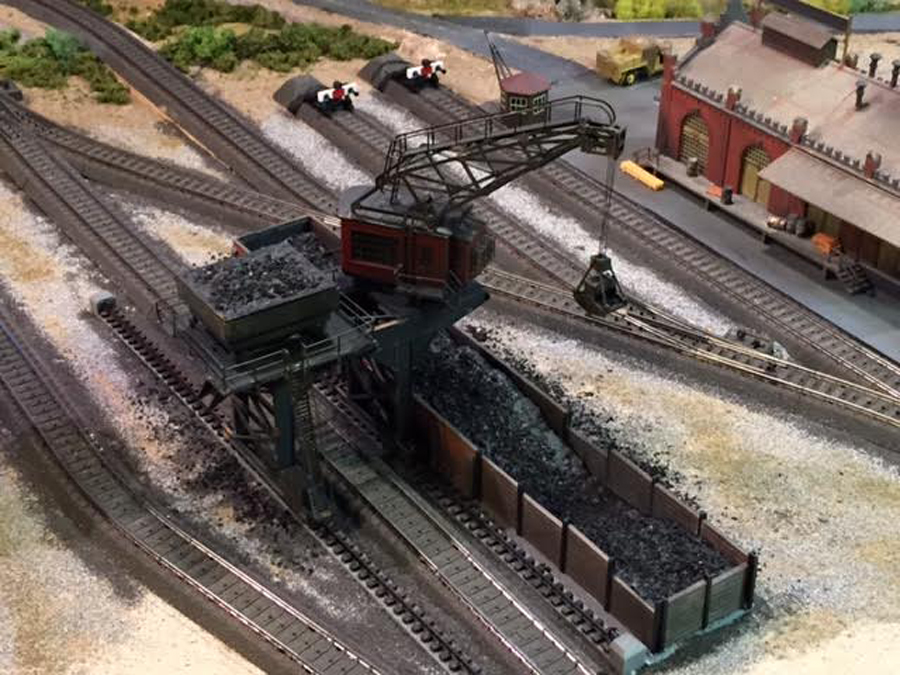 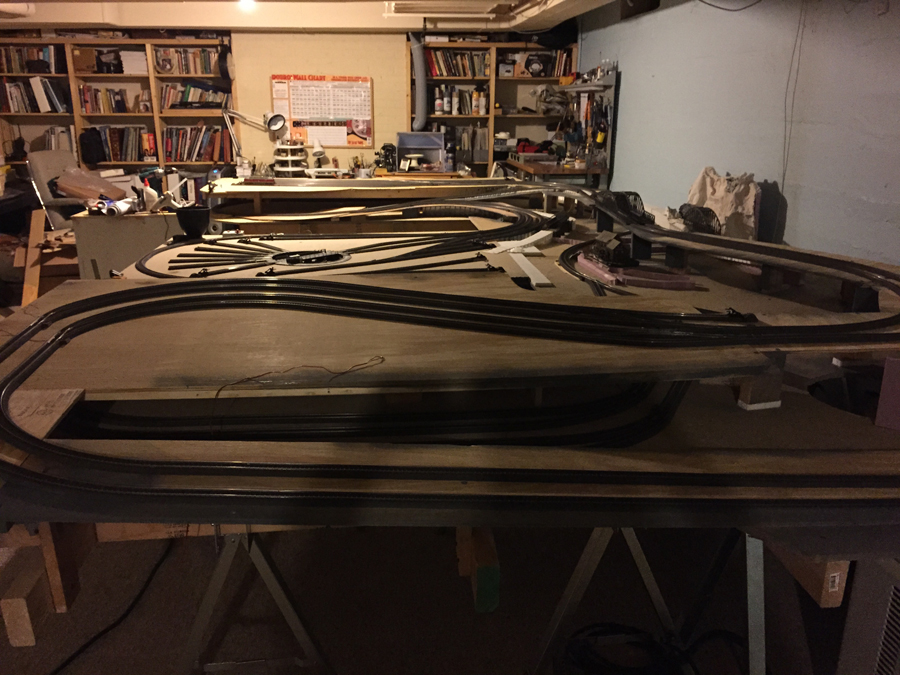 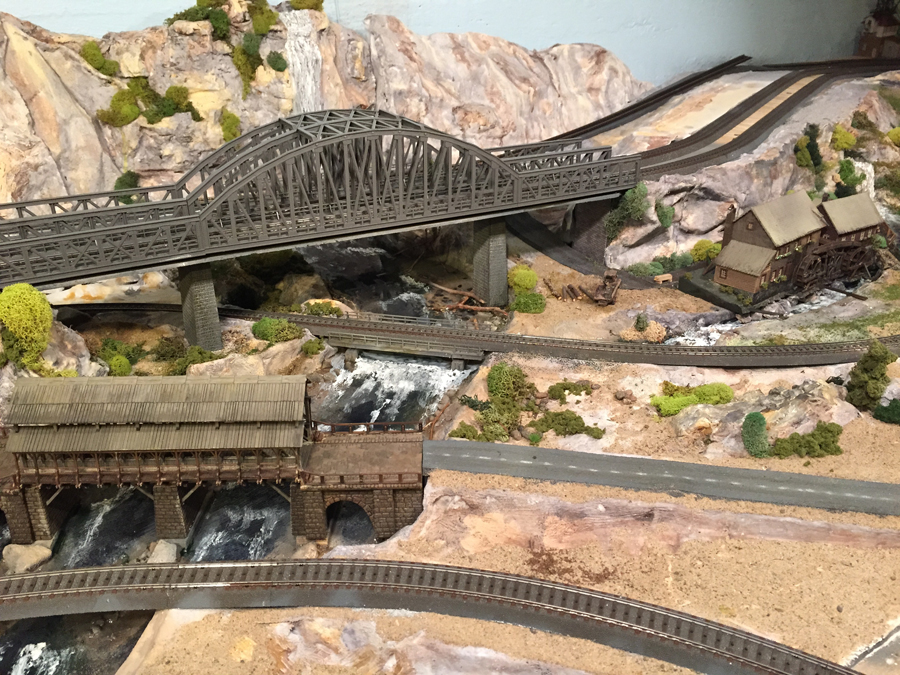 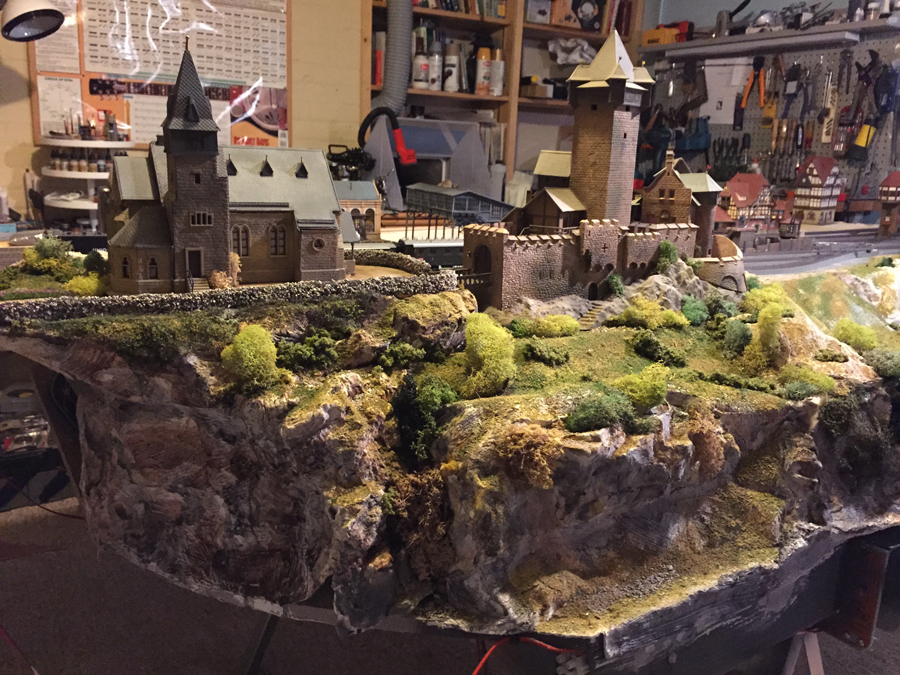 A huge thank you to Glyn – great pics and a wonderful narrative too.

And it just goes to show there is some great advice shared on this site. Why be overwhelmed when you can do things bit by bit?

That’s all this time folks. Don’t forget the ebay cheat sheet – latest one is here.

PS If you’re still mulling over making a start, the Beginners Guide is packed with sound advice.