Harry’s been in touch again with his N scale layout 32×64.

If you want to get up to speed, here’s his last post.

It’s been quite a while since I sent in photos of my layout, several years by my count, so I don’t know if you remember.

I kinda stopped working on the layout a while back as I was doing a lot of sailing and flying, but I sold my homebuilt airplane last summer after 20 years of flying it, and with the pandemic shutdown, the sailing slowed as well.

So since I was cooped up, I gravitated back out to the shed and went back to work on the layout. 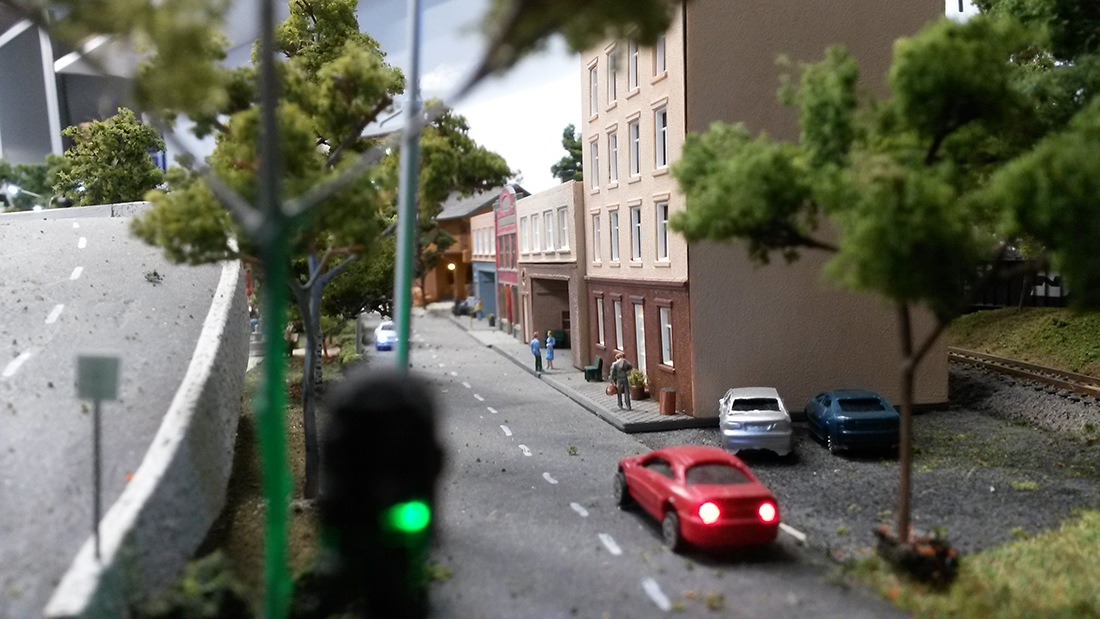 With the advent of DCC and all the low cost microelectronics I was hooked, (re-hooked). Having all the unwelcome COVID-19 shutdown time, and to forestall boredom, I think I made enough trees to reforest the Sahara (in N Scale of course) and I didn’t really expand the layout at all, just kept adding people, trees and Arduinos, sigh. I still consider enlarging the layout to go all around my 8 x 14 foot shed, but I usually just sit quietly till the feeling subsides.

I have gotten into Arduino and Raspberry Pi projects and right now I’m working on a crossing gate system using Arduinos. I need to find an old fashioned doorbell with the arm and coil for the sound, but they are becoming quite rare.

I use a Raspberry Pi to compile and download my Arduino code, so my shed is a computer room as well as a train room, but it keeps me from going mad… I think… The layout itself has 6 Arduinos beneath, controlling the main street traffic lights, campfires, arc welder in the factory, hotel room lighting and several other tasks as well as controlling the 17 turnouts on the pike.

I will end up using two Arduinos to control the crossing gates since they don’t multitask well, but at a cost of $2.50 ea US I can afford to be generous with my distributed processing. After 25 years of writing code for inertial guidance systems, it’s fun to play with these things. I was retired for over 5 years before I discovered them and my coding skills were getting pretty rusty. It’s coming back, sort of….

It’s been so long since I sent those photos I don’t even remember which photos I sent and I don’t think that article is on line anymore, so I’ve attached a few photos I’ve taken recently which I’m sure won’t be duplicates. I may send them in several emails since I don’t know how much the web will tolerate.

Keep up the good work and stay healthy. 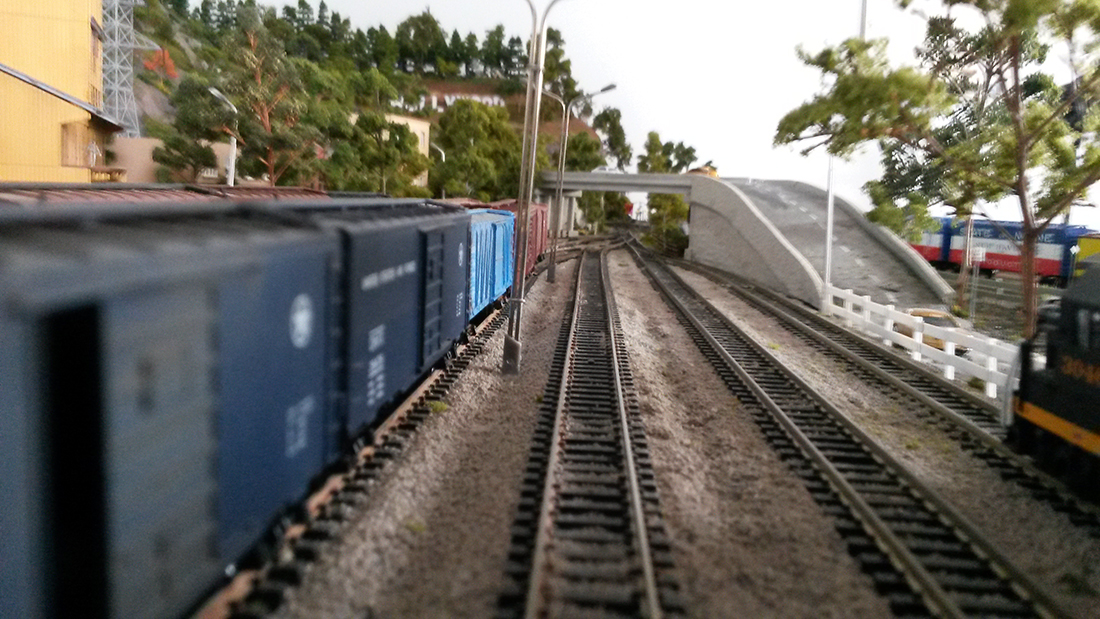 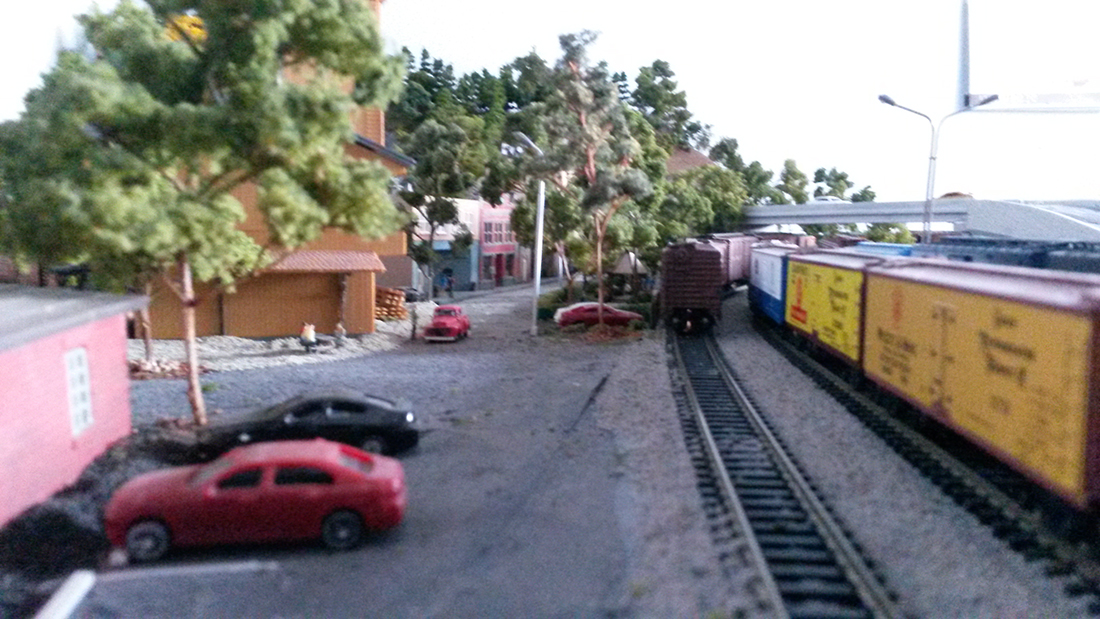 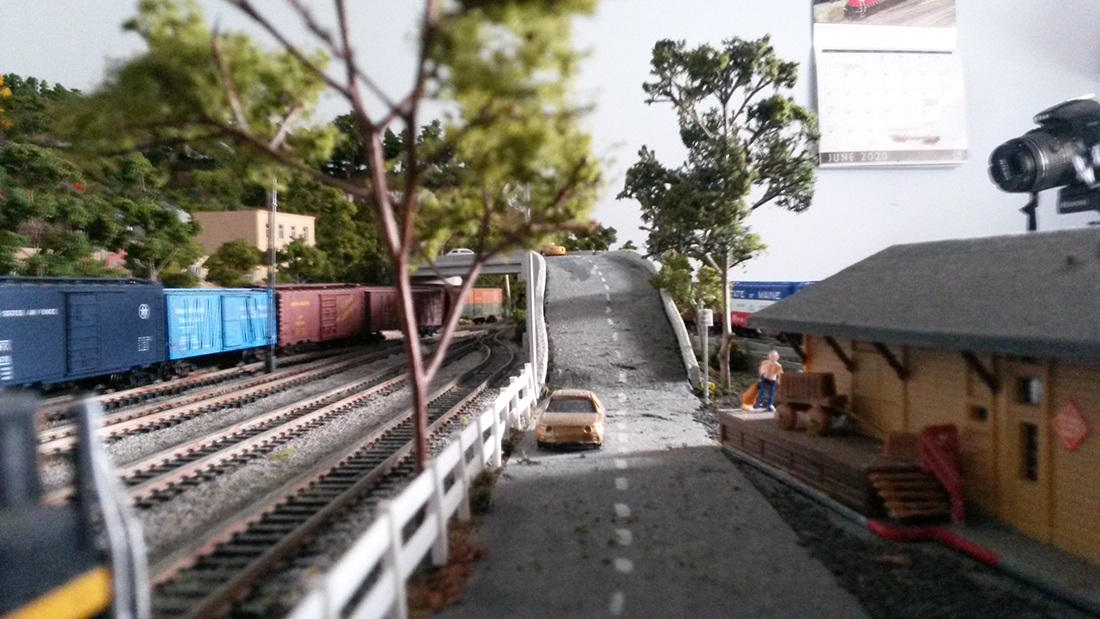 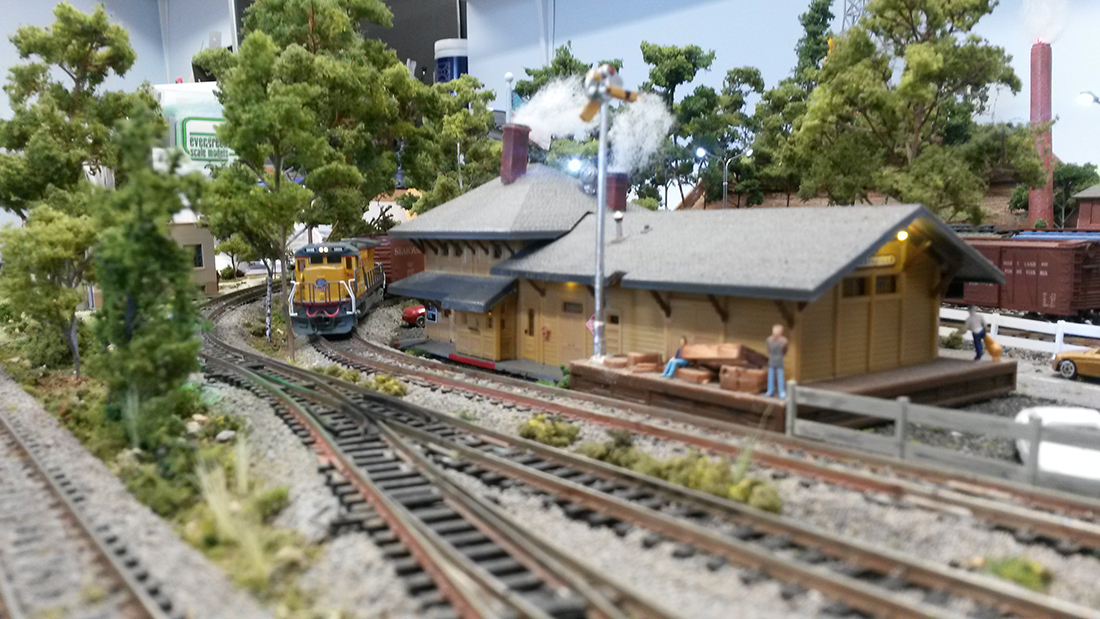 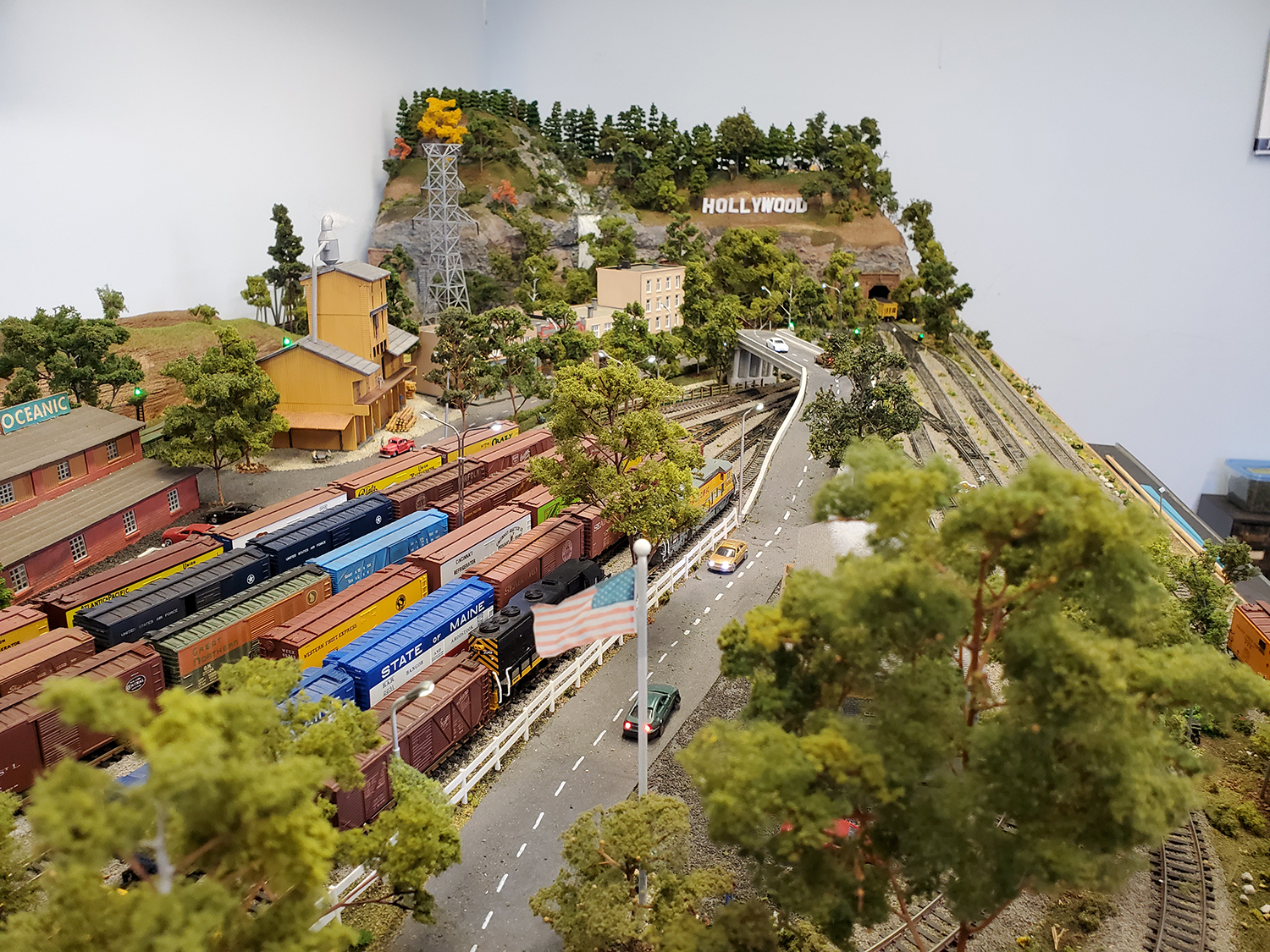 A huge thanks to Harry for sharing his N scale layout 32×64. Loved the narrative just as much as the new pics. Stunning stuff indeed.

And I’m only human – when people say kind things about the Beginner’s Guide, it really does put a smile on my face.