Before we get to Jeff’s wiring for DCC layout, here’s a quick missive from Dwight:

(Or just scroll straight down if you want to get the wiring missive!)

A while back I mentioned that I had dismantled my 12 year old N scale pike, with the intention of starting over with a fresh approach to design and construction.

I have yet to make that re-start, but in the meantime I took delivery of a rather special N scale passenger train… “The Canadian”, which was released by Rapido Trains earlier this year.

And to top it off, Rapido just delivered two of the FP9A locomotives that originally hauled this iconic train.

I’m sure many of your readers are aware of this recent offering. However, given your international audience, there’s a chance that some of our friends might not otherwise see it.

So, I wanted to share a a couple of pics in the hope that others will be as impressed as I am with the unprecedented quality, detail, and attention to prototypical accuracy represented by these models.

Seeing as I am between layouts at this time, I had to cobble together a Kato Unitrack oval on my workbench, so as to see the train in operation, and to break in the locomotives. I hope that my mediocre photographic attempts do them justice, since they truly are quite extraordinary. Remember folks, this is N scale!

The locomotives are equally super-detailed, with full sound and lighting.

Note the roof-mounted spotlights in one of the photos … apparently, these were a Canadian Pacific publicity “stunt”, used in the early years to light up cliff faces and scenery as The Canadian traveled through the Rocky Mountains after dusk!

I have vague memories of travelling on The Canadian from Winnipeg to Toronto as a five year old lad, with my mom and my younger sister.

I can still recall the layout of the roomette, the excitement of the dome and dining cars, walking through the vestibules, and my nose constantly pressed to the window watching the northern Ontario wilderness rush by. It made a life long impression on me, and to acquire this model 50 years later is a momentous and satisfying event.

Thanks for letting me share these sentiments; best regards. 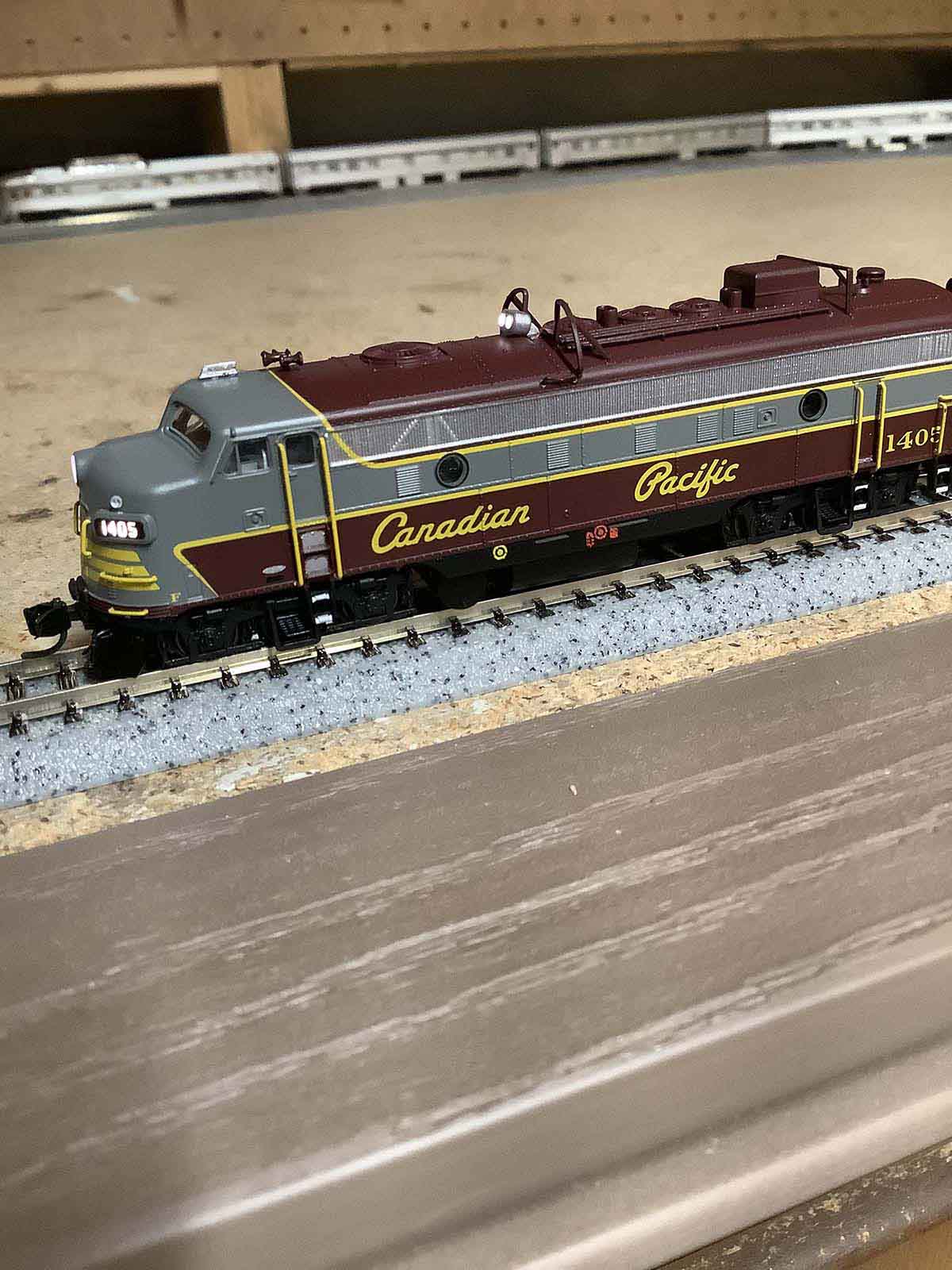 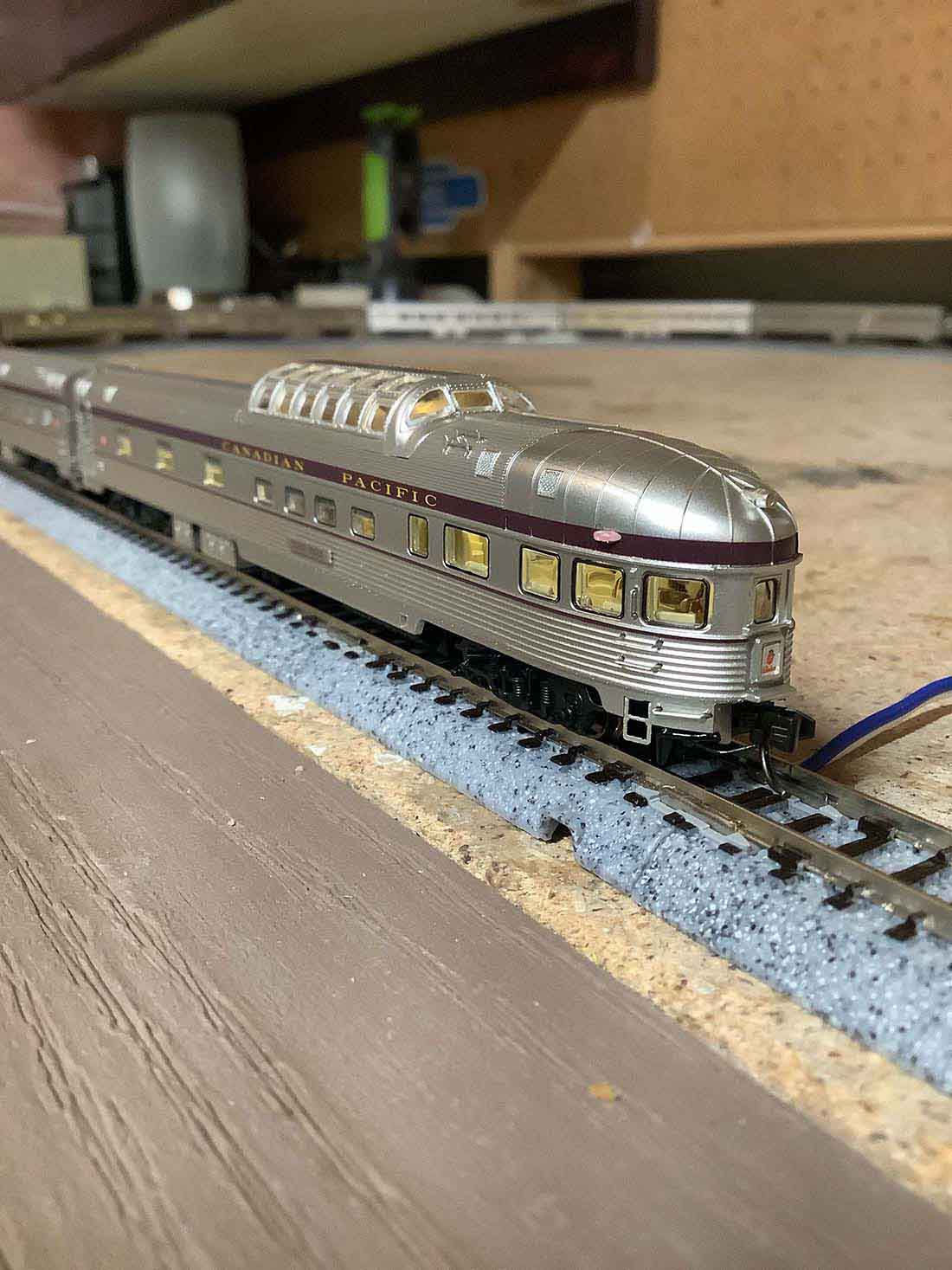 Now on to Will, who has made a start: 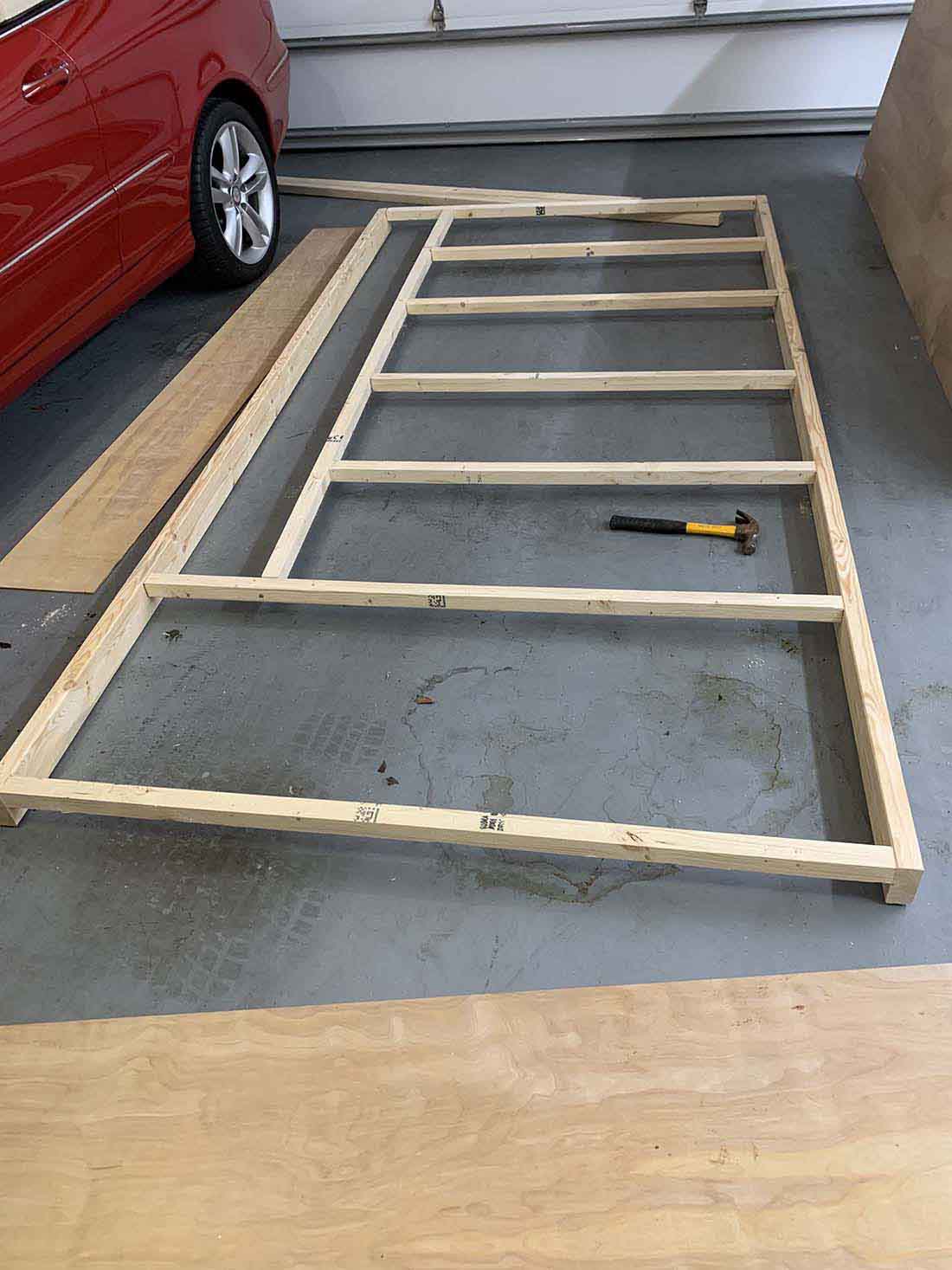 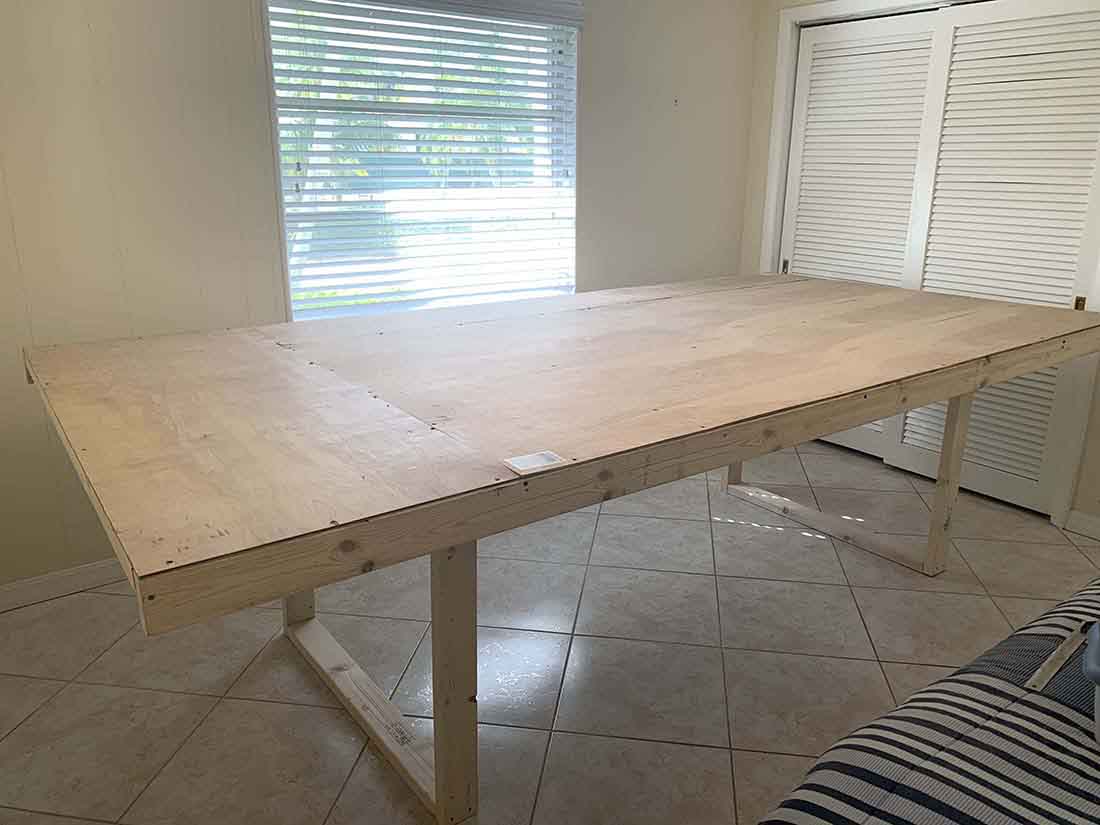 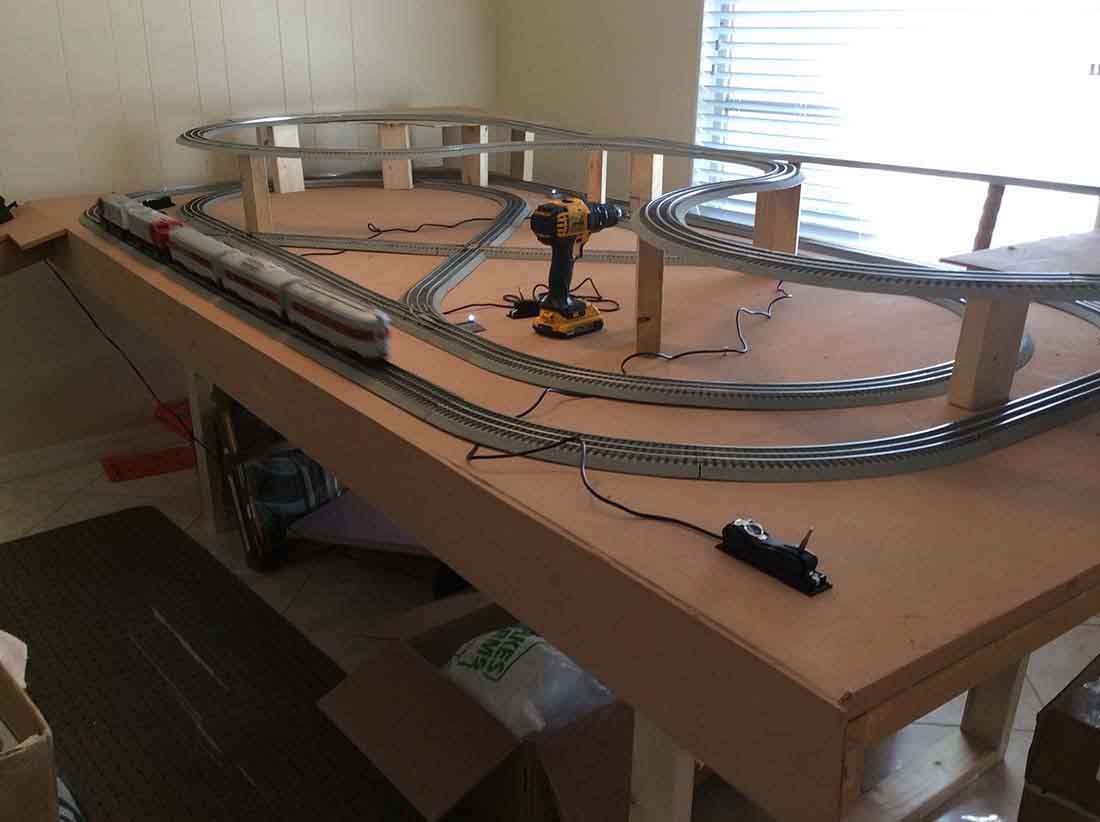 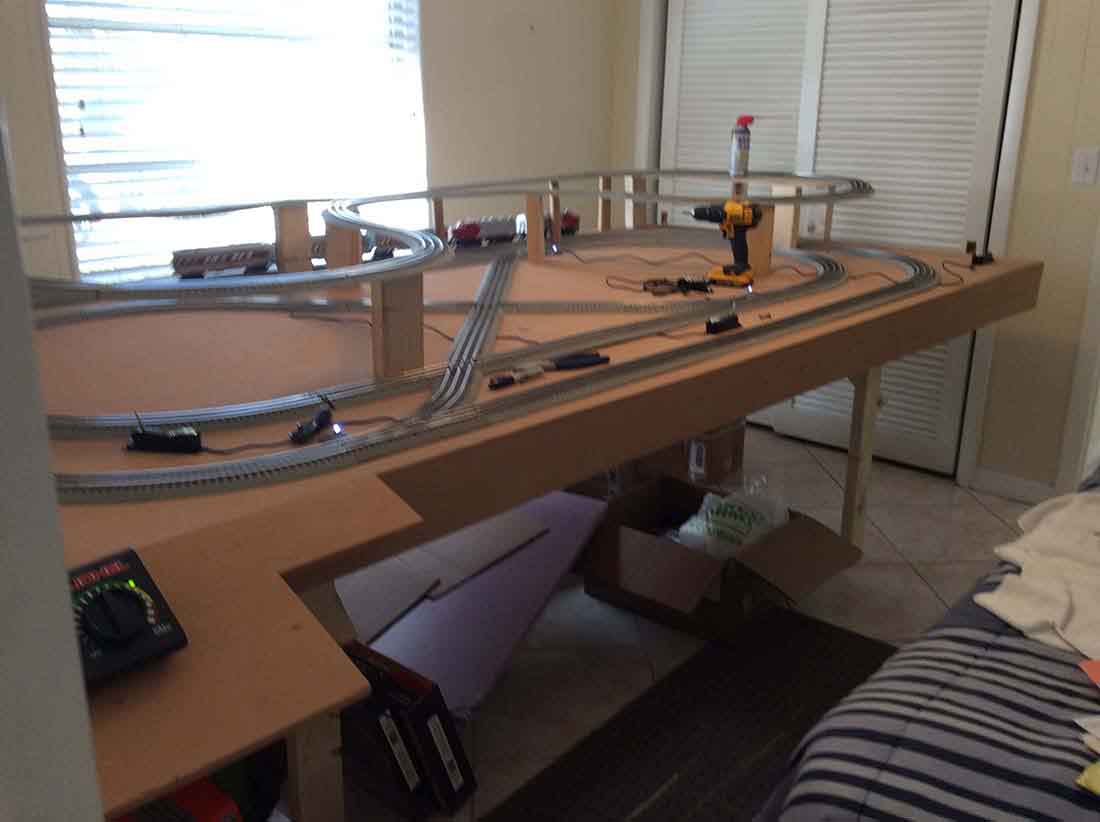 Although Will is a man of few words, I thought I’d post simply because he’s made a start.

Like most things in life, that’s what this hobby is all about – starting.

And it’s the same for wiring… and wiring for DCC layout is something that appears often on the blog.

This leads us to Jeff, who has a small problem with his wiring. Who can help?

“Al, i’ve been reading your blog for the last 2+ years and look forward to it every morning, learning sooo much from others.

I have not contributed before but i now find myself in a bit of a ‘pickle’ and could use some help.

I’m in the process of designing a layout which will have 2 separate sections, a switchyard and mainline, using separate dc cab controls for each. (i’m a bit of an “old schooler”) i would like to incorporate a crossover track joining both sections but by doing so i create a “reversing section” because polarities of each section are in opposite directions.

By using an atlas #200 relay (controlled by a spdt momentary switch), i can direct power to the crossover from either the switchyard cab or mainline cab, knowing that the section i’m entering needs to be set in the opposite direction (forward or reverse) of the section i’m coming from.

I would also like to incorporate a switch that could control power to the crossover section so i can power off the section to eliminate the possibility of accidents. by using a dpst switch (and a 2nd #200 relay), i could also control 2 leds indicating which cab control is powering the crossover.

Can someone assist in either confirming my wiring suspicions or telling me i’m totally wrong and suggesting what i need to do? i’ve included a wiring diagram which i drew to assist in explaining my “problem”. all comments are greatly appreciated. 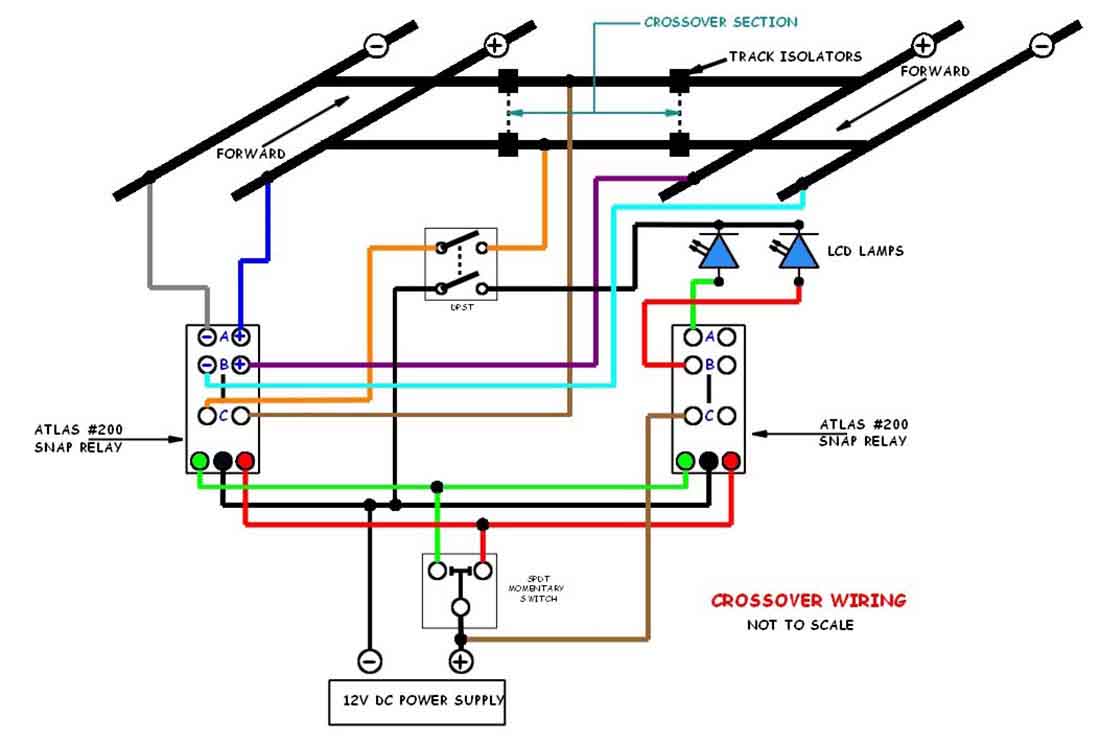 I’m not sure if Jeff has seen Rob’s post on wiring from yesterday, but anyway, can assist? Please do leave a comment below if you can help with wiring for DCC layout.

14 Responses to Wiring for DCC layout