I am sending 3 photos of an adaptor I added to a Home Depot ladder to allow me to reach over my layout work on items in the back.

I did not invent this but I am cheap and didn’t want to spend $270 for the commercial version.

The ladder at Home Depot costs about $35 and the plywood and U bolts I had. The photos should be sufficient to show you how it is made. It took less than an hour. 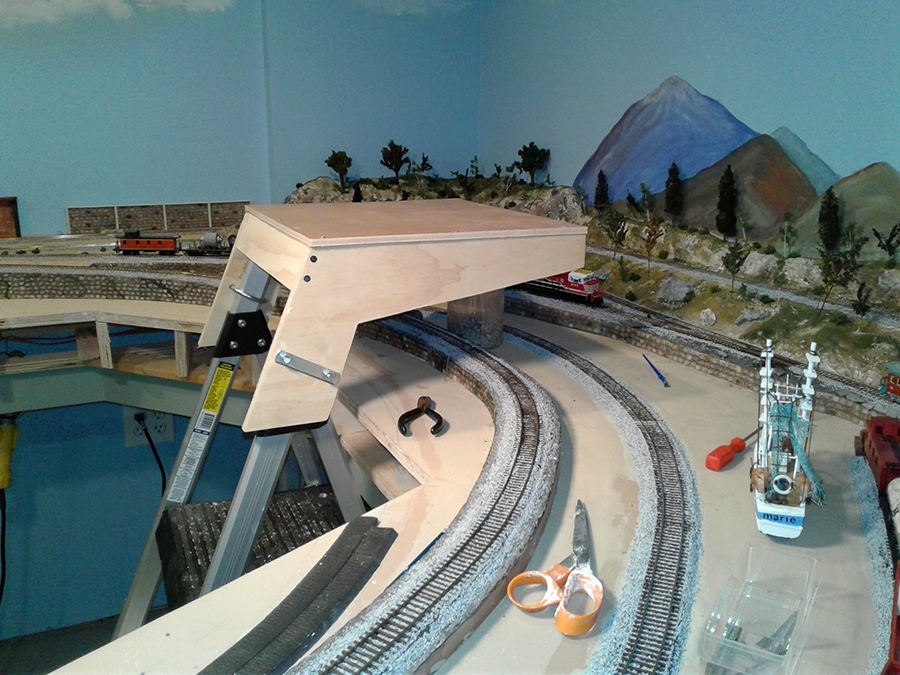 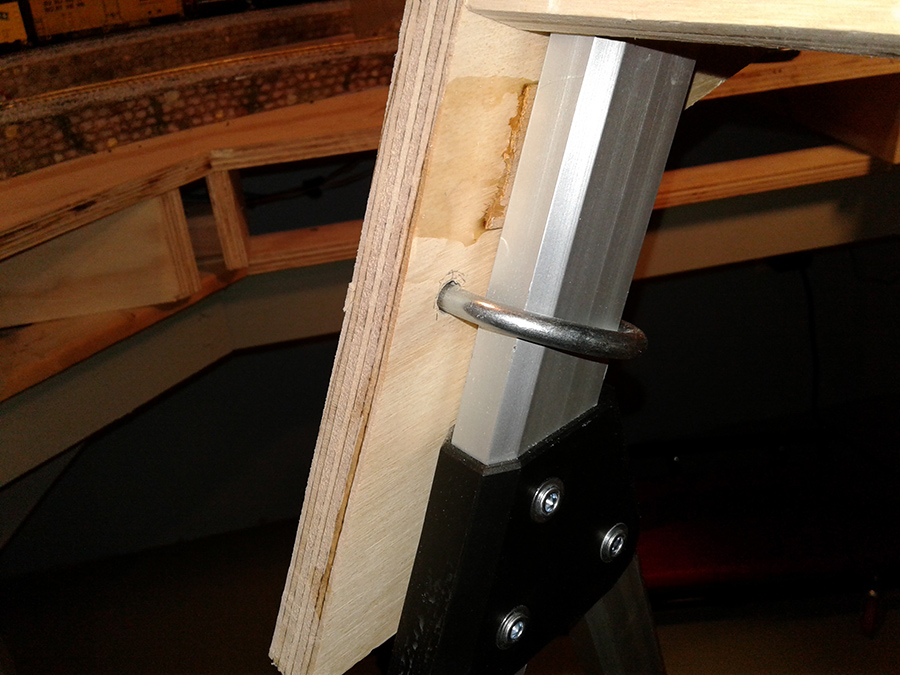 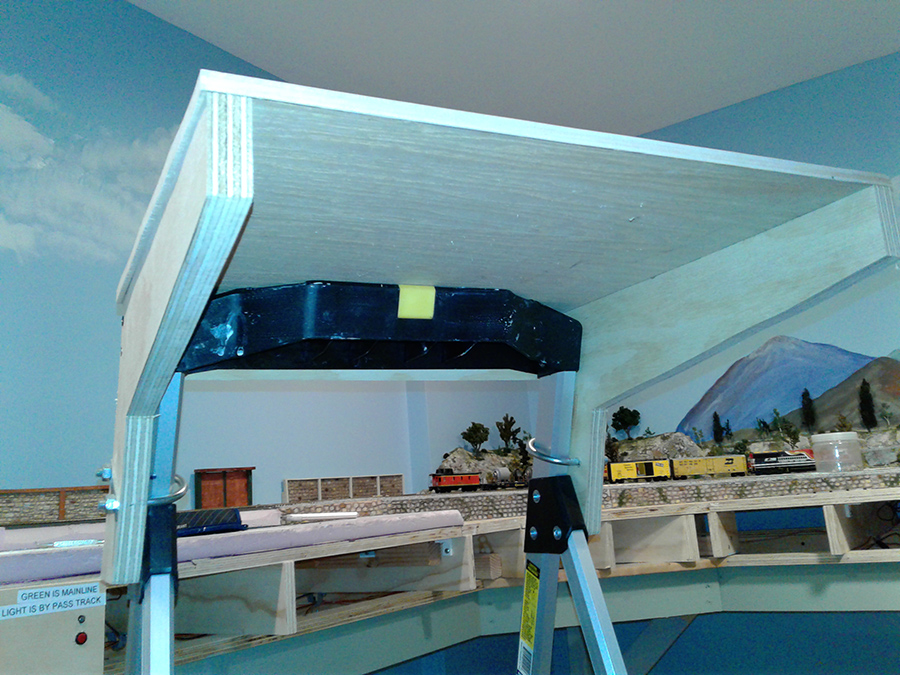 Jim from Cape Breton here with Part #5 of my HO scale train layout & I noticed in the last posting, a question was asked about the access bridge on my layout.

I’ve included some pictures as a reference. It spans the door opening to the layout room & the entire structure is 29” long x 8” wide x 9” high & is fastened at one end with two 1¾” hinges.

At the unhinged end are 2 small blocks of wood nailed down on the retaining wall which serve as alignment guides when the bridge is lowered into place. When opened by hand, the bridge angles back approx. 120° & rests against the wall.

Power wires from the 2 bridge tracks are routed through holes to the underside of the bridge & connected to 4 screws (2 for each track crossing the bridge). Power wires from the approaching track at the hinged side of the bridge are routed underneath the layout to 4 flattened copper pipe straps that stick out from the bottom of the retaining wall, so that when you lower the bridge by hand, the 4 screws contact the 4 copper straps & voila, the electrical connections to the 2 bridge tracks are attained.

The actual bridge itself was an Atlas single track plastic kit that I split in half lengthwise & then glued other pieces of plastic together to widen & turn it into a 2 track bridge. It was then placed on it’s plastic abutments, also split & widened, into a wooden frame made to look like a river bed with retaining walls at each end of the bridge.

The layout room is 12’ x 14’ but the entrance door to the layout room is approx. at a 45° angle to the room, so it was a bit of a challenge because there had to be a curve in the track both leading up to & after the bridge.

The white-water rapids below the bridge were made with clear silicone caulking & some white fibrefill using a brush to whip up the waves before the silicone set, as I also did for the waterfalls behind the curved wooden trestle on another part of the layout.

The silicone caulking worked really well, however, a word to the wise, use gloves & ventilate well while working with it & then leave it for a day or so to let the odours dissipate.

This access bridge, when lowered, completes a 2 track mainline that enables me to run trains all the way around the outside perimeter of the layout. I hope this will be helpful to any modellers who are looking to span a doorway to their layout.

So, until next time, keep ‘em on the rails. 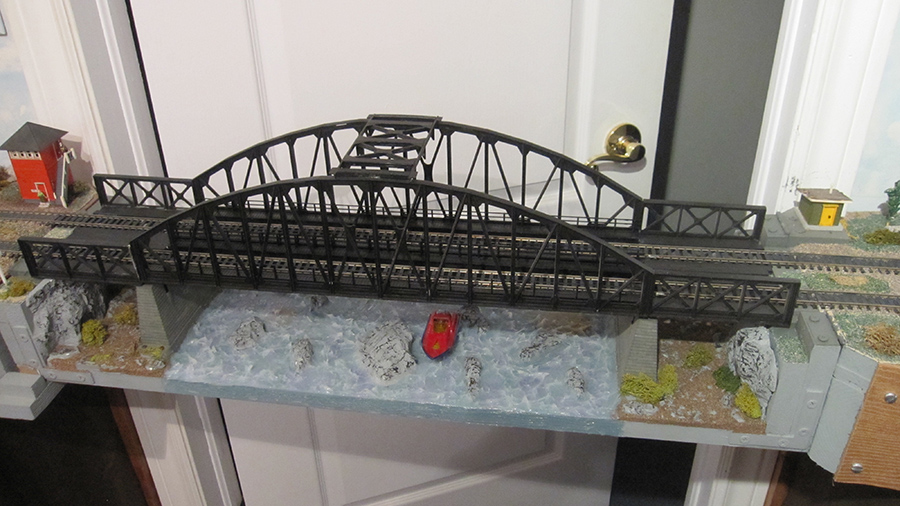 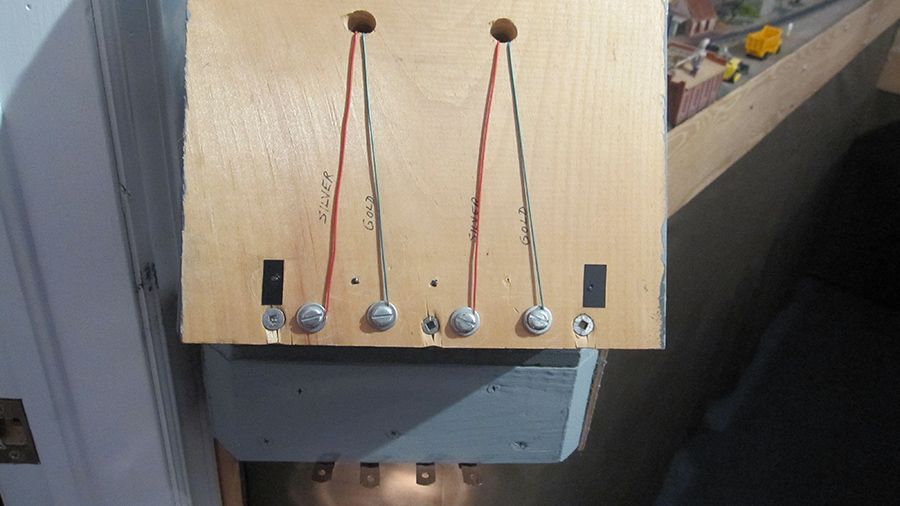 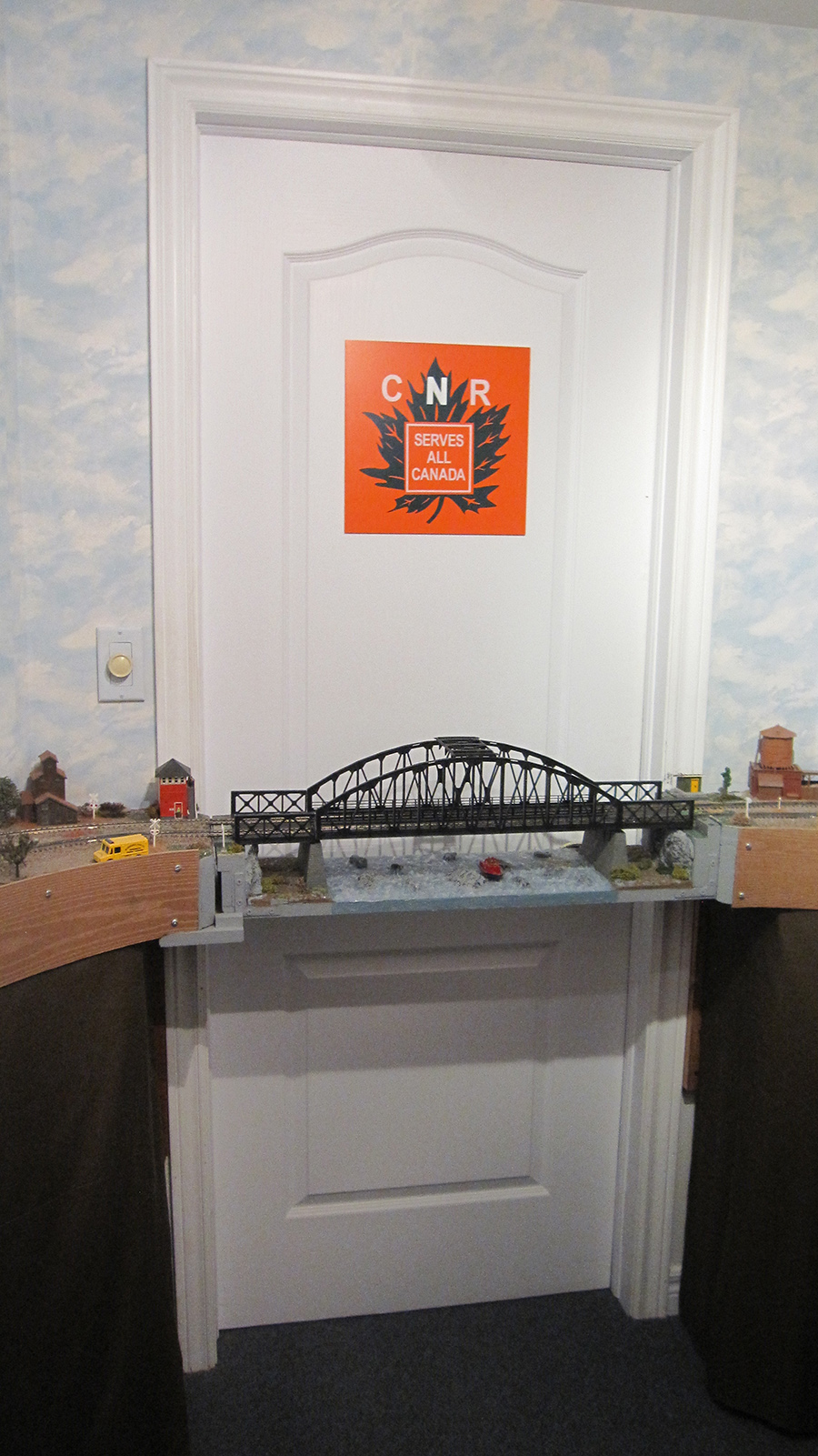 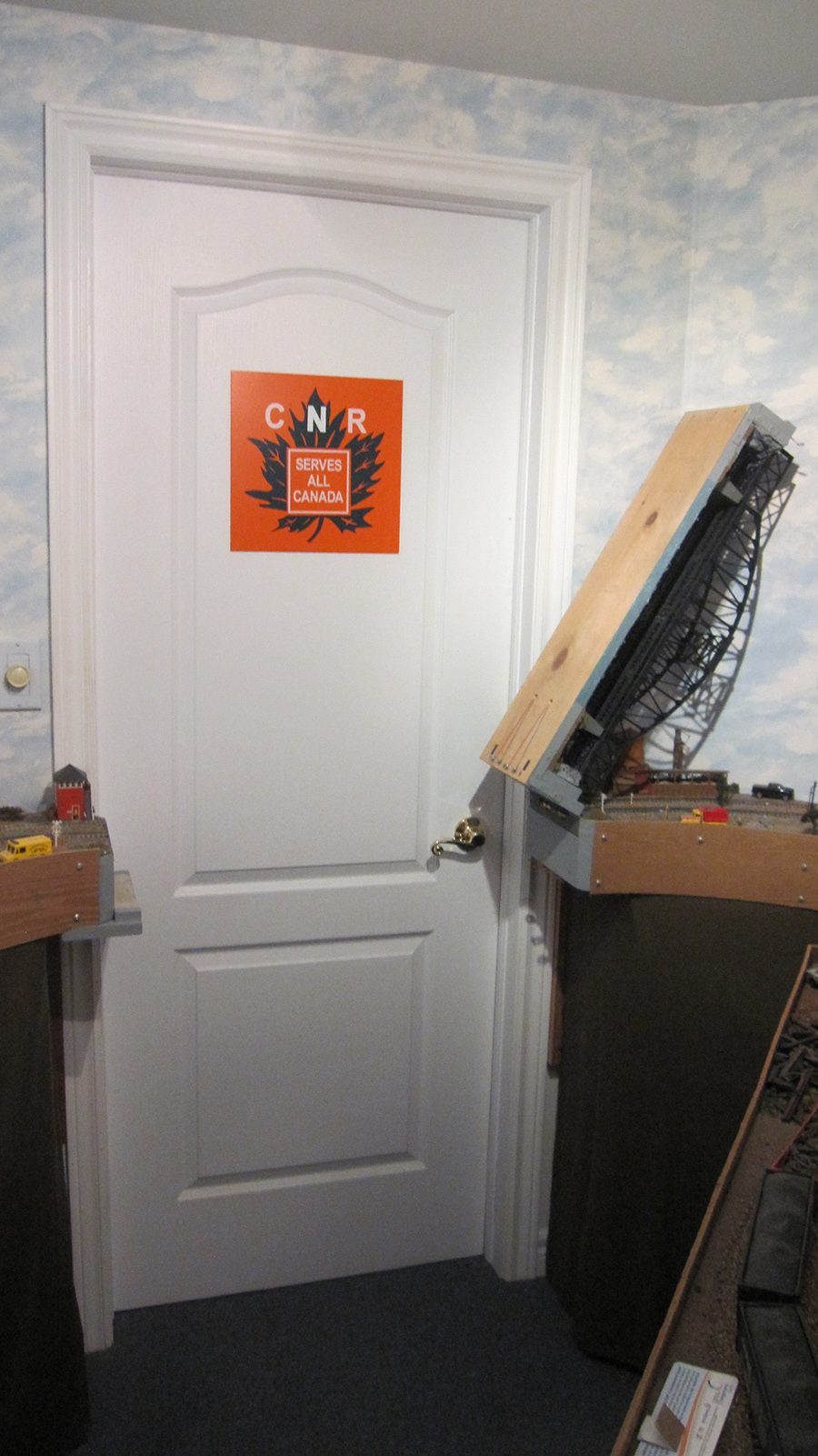 A huge thanks to Paul and Jim – both are very inventive and clever.

Please keep ’em coming and don’t forget the Beginner’s Guide if you want to make that start on your layout.