John’s been back in touch with how he solved his crossover problem. Wiring, and clambering around underneath a table is a lot more troublesome as you clock up the years. John has come up with a smart fix though.

(If you want to get up to speed, his last post is here.)

When I first built a model railroad as an adult some 30 years ago, I thought sitting on the floor under the bench-work wiring was fun, kind of a Zen sort of connection to the underworld part of the layout, wiring the roots of that world and all.

Now in my 70’s, the “cosmic roots Zen thing” has left the building, and I’m looking for easier ways to do the “underworld” work, like sitting on a stool in my shop, or on a chair beside the layout.

Only occasional trips to the underground West Virginia Energy Railroad scenery for wire runs back to the control panel, which I normally bribe my grandson to do.

So that’s the back story, and here’s the result.

I installed a neat double-crossover some time ago, and operated it by hand while I worked out all the trackwork details and scenery.

It was time to install 4 switch motors and sync them to operate together. I decided that the crossover would operate in 2 states, either both tracks set to go straight through, or both set to crossover. My signals would be display hi-green for straight through, and medium approach for crossover.

I decided since there was a lot of wiring, and physical mounting of my home-made switch motors, (which were discussed in a previous post) and all the trimming and adjusting the operating rods for the motors to throw the points consistently, it would be easier done on my workbench than over my head from under the layout.

By the way, I purchased from a great company located over in the UK, BLOCK Signalling blocksignalling a servo control board to control the crossover.

I have several circuit boards from them, a reversing loop controller, a points indicator board for snap-type switch machines, and other signal controllers. This company is helpful, has a lot of clever stuff, is quick sending out product, and a good value for the money.

With saber-saw in hand I cut out the crossover. It was an earthquake for cars on the layout, but the buildings came through OK. Anyway, I mounted the section of plywood with the crossover on a wooden box so I could easily get to both sides, then wired up everything, mounted the switch motors, and tested everything a few dozen times.

I decided to use the micro-switches on the switch machines to control the LED green signals.

The red LED’s stay lit all the time as is the policy on some rail systems, this is to assure the signal is working, and is ignored if another signal aspect is lighted, a dark signal is assumed to be out broken, and is taken as a “stop” indication.

I wired in a 12v to 2.5v power supply to run the signal LED’s separate from the servo controller. With everything wired and dressed up it was back to the layout with everything already to go.

Sitting comfortable on a chair, I made all the track connections and painted the scenery where I had replaced the crossover. Re-connecting the tracks was easily done at the comfortable level of the bench-work, and the trains run better than they did before all the destruction.

I found a great product for scenery repairs, Durham’s rock hard water putty it’s easy to mix in small batches, sets up in 15 minutes, can be easily carved soft for another 15 minutes, then like hard plaster after that, it takes paint well and doesn’t shrink much. In the pictures it shows as yellow. 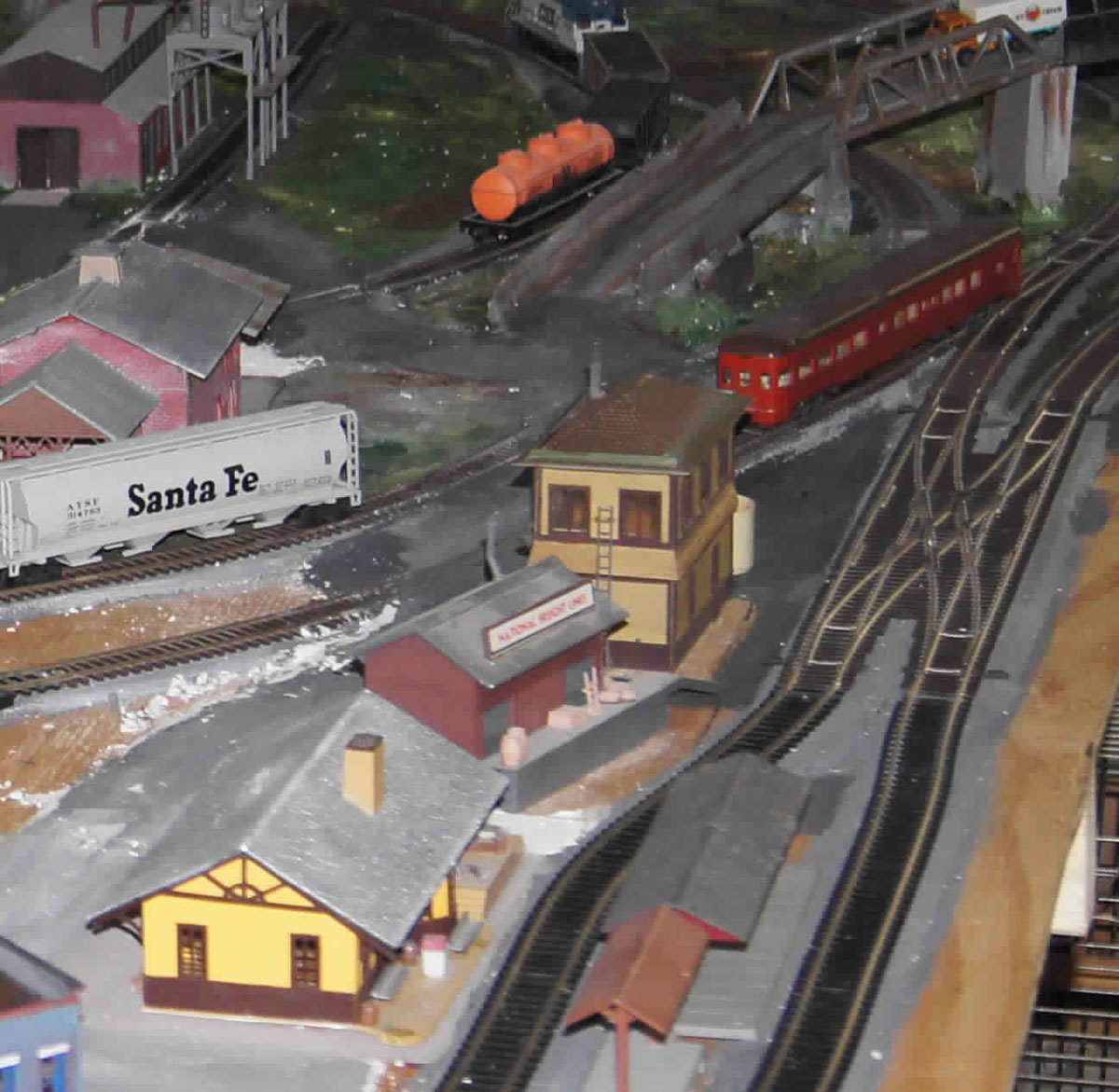 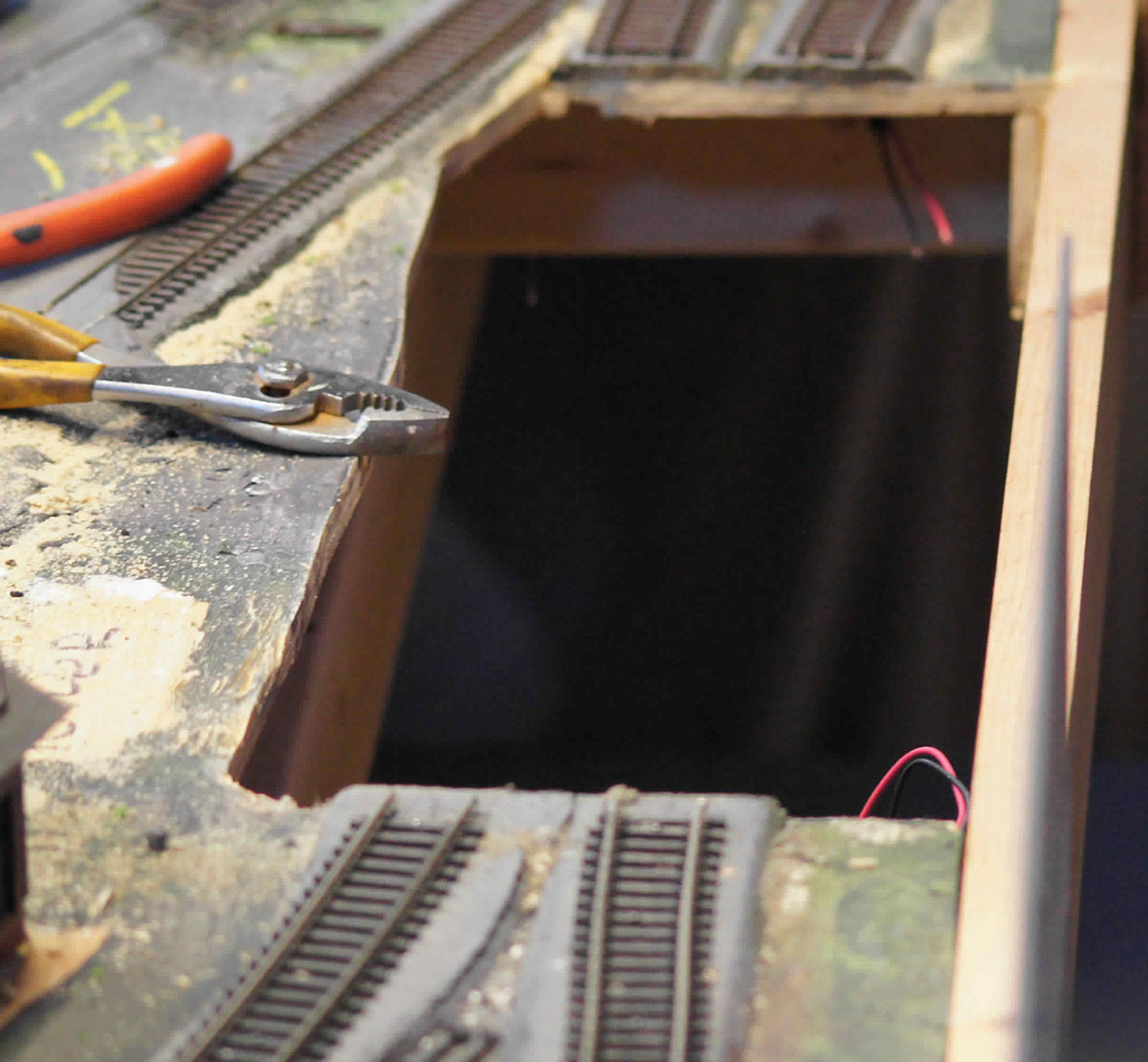 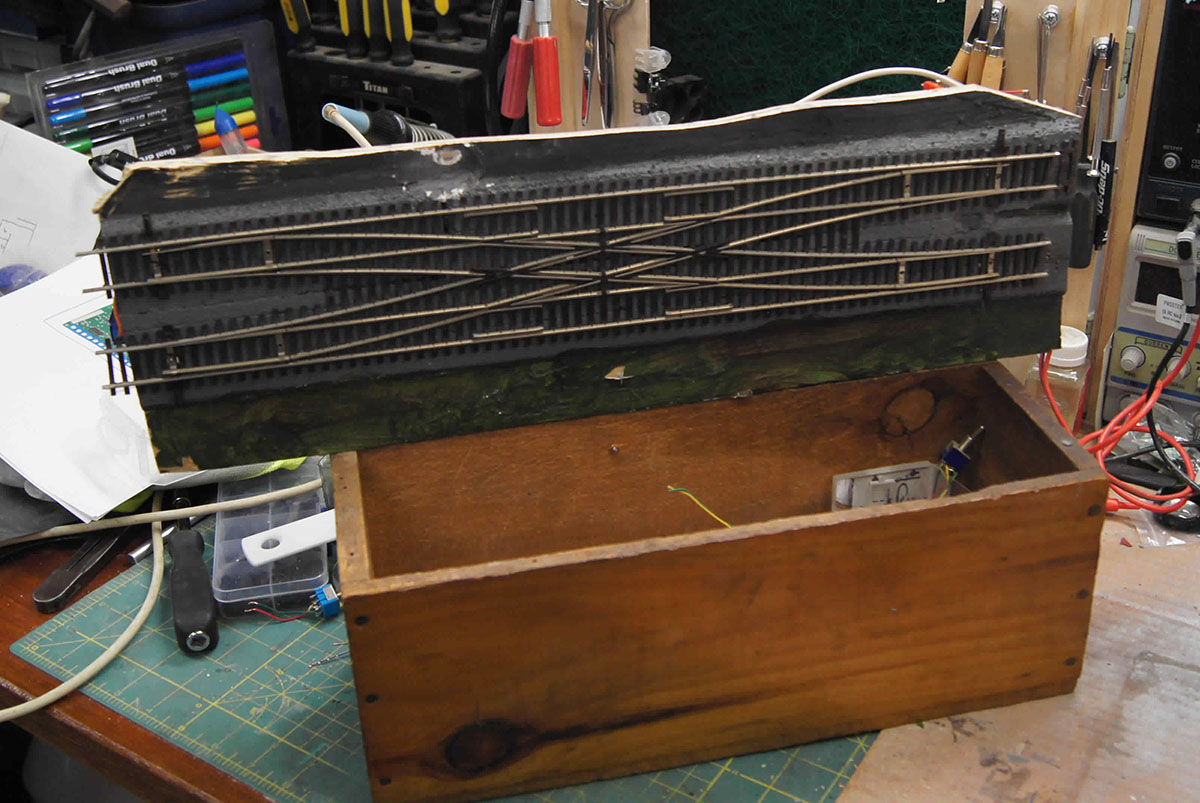 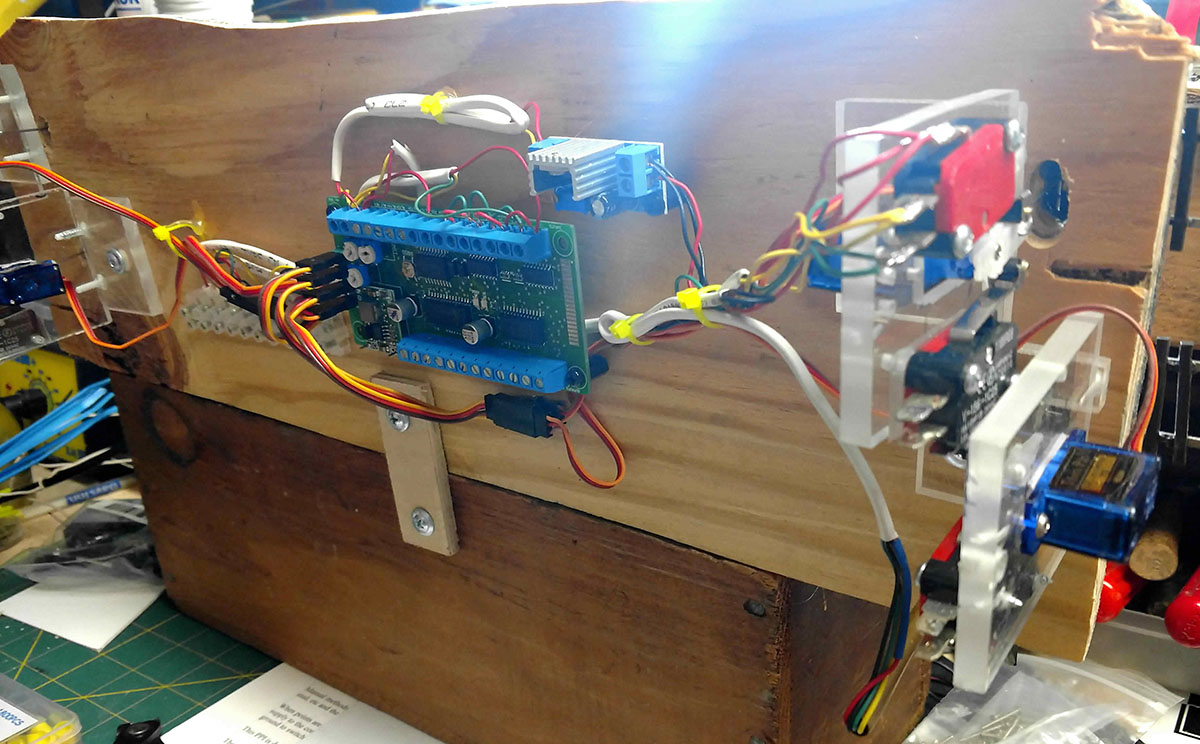 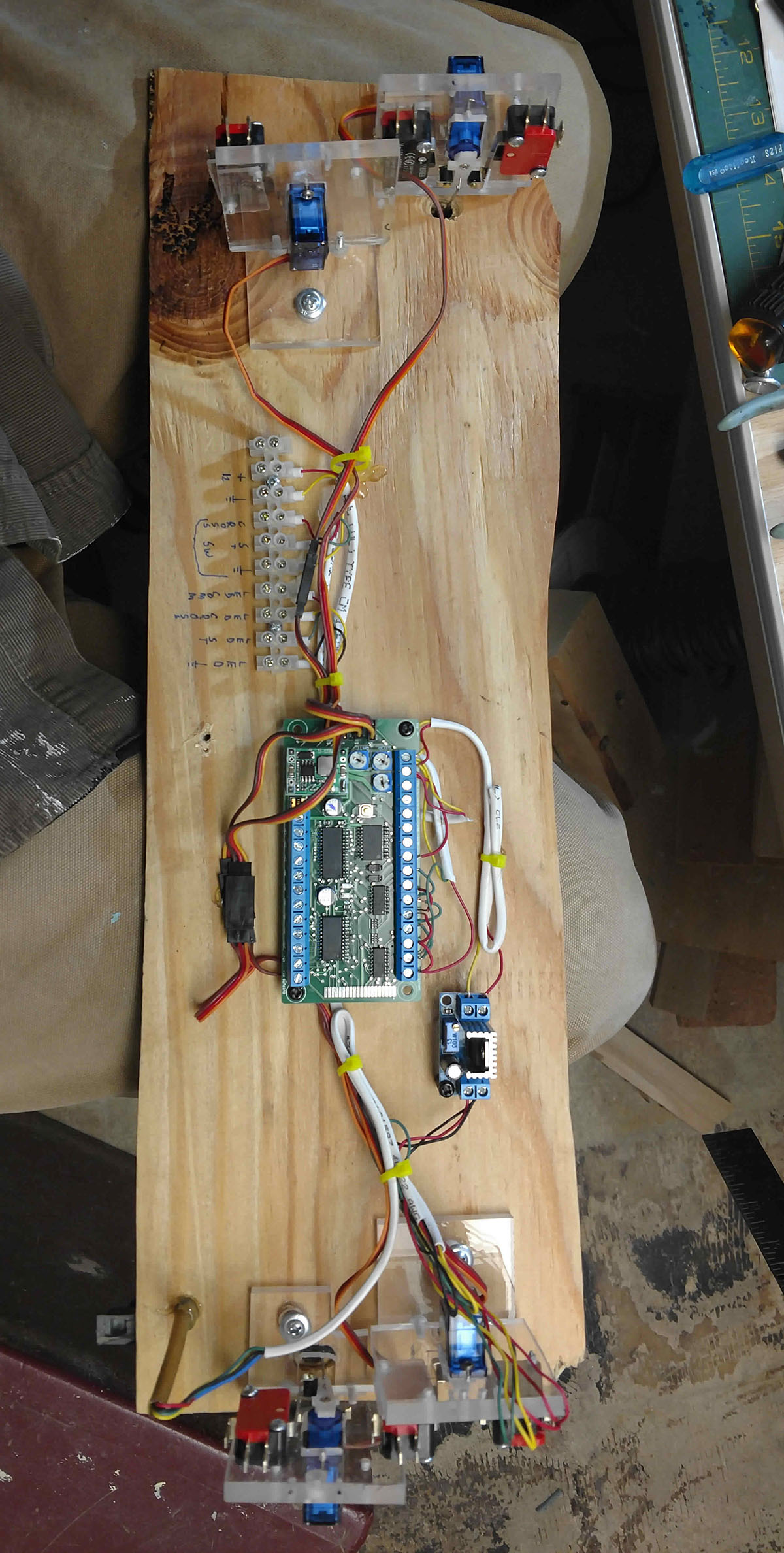 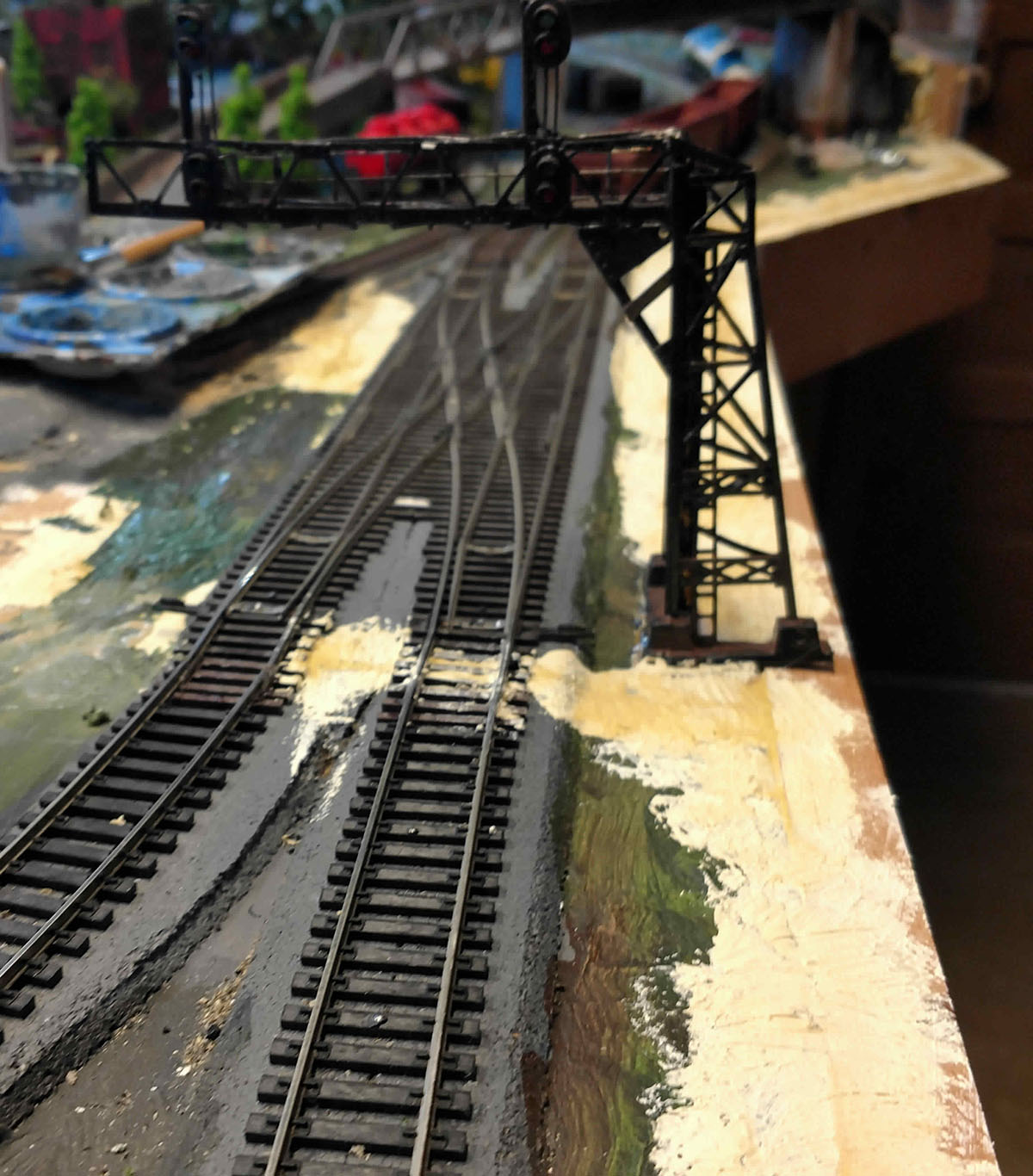 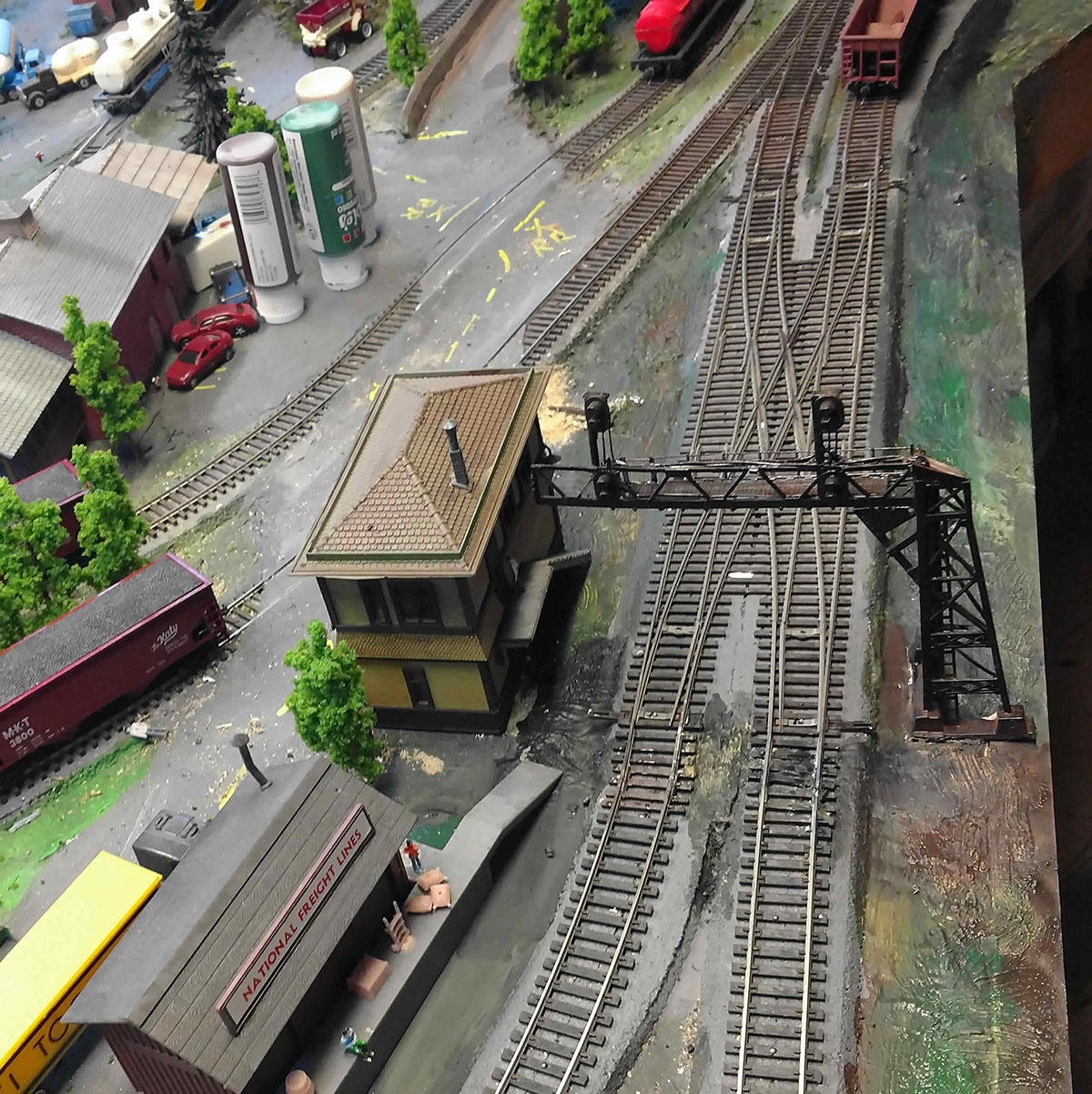 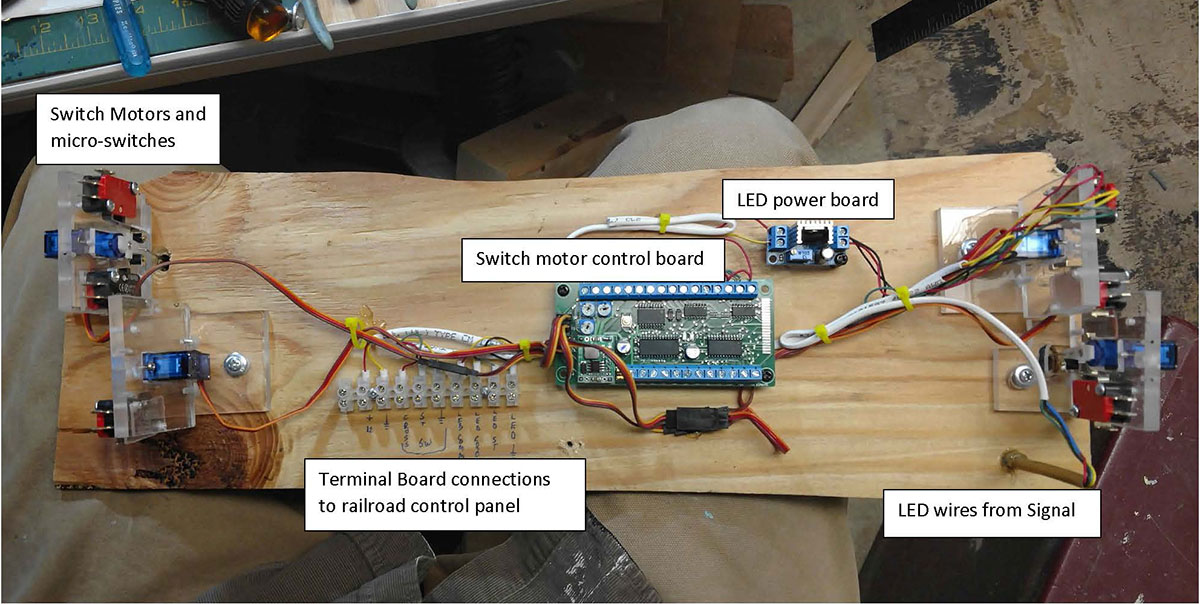 A big thanks to John – it’s wonderful to see how all tackle your issues and come up with so many solutions.

I think that’s one of the fun parts of this hobby, there are a million and one different ways of solving a problem.

And if today is the day you stop dreaming, and start doing, don’t forget the Beginner’s Guide is here.