My word, there really is some talent out there.

Have a look at Julian’s layout. Just superb.

Having seen lots of layouts on your mailings, I thought it was time to send in mine. This is my layout. Its taken about 7 months to get to this stage.

It is a 00-9/narrow gauge layout, loosely based on several railways I have visited or seen in the UK and Europe.

My first train set was a wind-up Maccano set my Great Aunt bought in the 1950’s. Since then I have owned Hornby OO, Garden LGB G and N-gauge railways.

The N gauge set took up an entire loft and I built it with my son and daughter. When we moved house I discovered the downside of not creating scenic dioramas with removable links!

This set is a much smaller but highly detailed Narrow gauge setup. I chose narrow gauge as I wanted larger rolling stock and building than N gauge, and with ageing eye-sight, OO is easier to see than N!

The base is a strengthened pasting table 730mm x 1500mm that used to be my desk. One day I was playing with some parts ordered through e-bay, the the next, the computer and papers were gone and track and hills had started to appear! The design was researched, but in the end grew more organically than planned! It provided a few headaches to fit it into the limited space.

The whole setup was designed to be portable so that it could be taken to shows and exhibitions. I have used layers of pressed paper board glued together, then carved, and plaster/cloth contoured over. I mixed paint pigment and PVA glue into the plaster so chips do not show.

Tree locations were bonded into this mix so the trees can be removed for transport and relocated with ease, or just moved around. Scatter flock was added in about 4-5 layers to build up a realistic effect around the houses and fields. The creepers and ivy on the buildings were added not only to disguise joins, but that is also what you would expect to see in real-life.

Each building fits and locates into the scenery base and has an electrical connection for LED lights. Most of the building are Metcalf bases, then customised. For instance the Yorkshire barn as supplied would never have a roof that over laps the walls!

Each building has 1 or more lights so the lower floors can be separately controlled from the upper floor to add realism. The street lamps, outside wall mounted lights on the buildings and station platform lights are on separate feeds to add to the realism at night.

The bridges are adapted from Peco mouldings. All the track work is Peco, and I run a variety of locos and rolling stock.

The buildings are named after either places in the north of England with a slight twist to them, or after my wife and our dogs. There are several small scenes within the layout – the cows walking off to the barn to be milked, the boy throwing the stick for his dog across the bridge, and his mum shouting at him! A lady about to topple over trying to hang up the washing, and a couple leaning on the fence by the barn looking out over the country side. 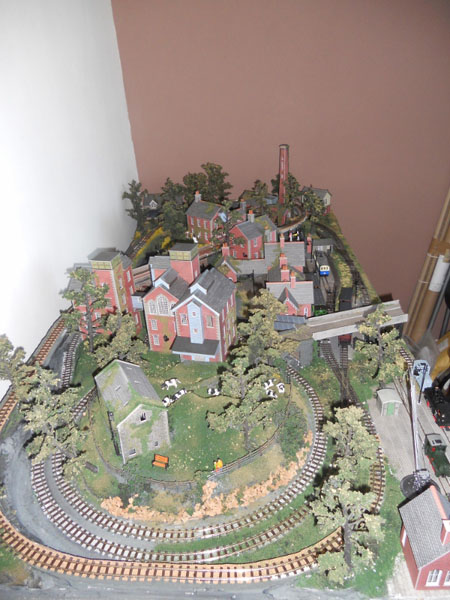 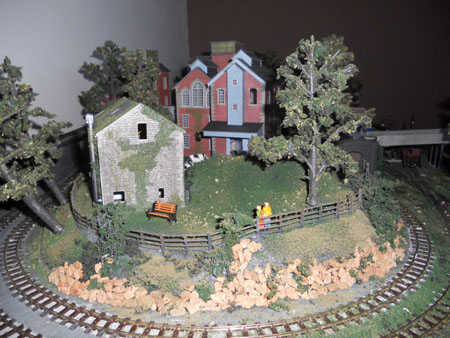 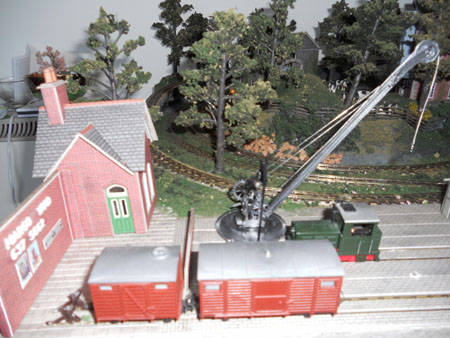 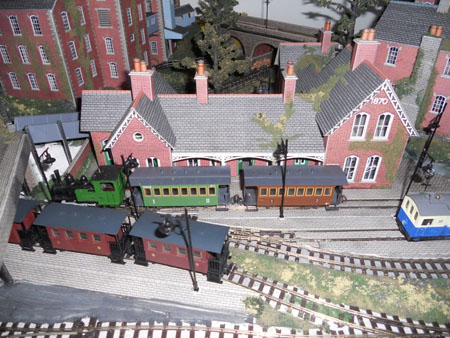 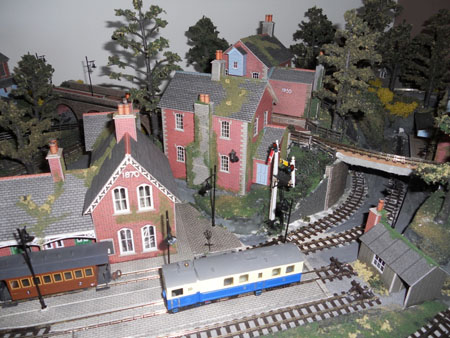 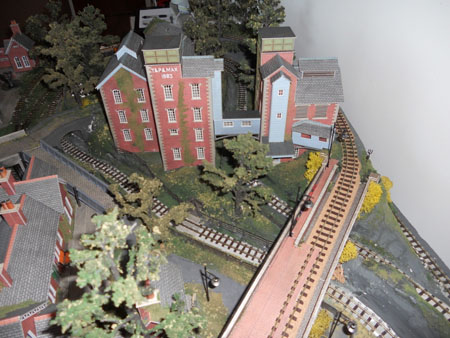 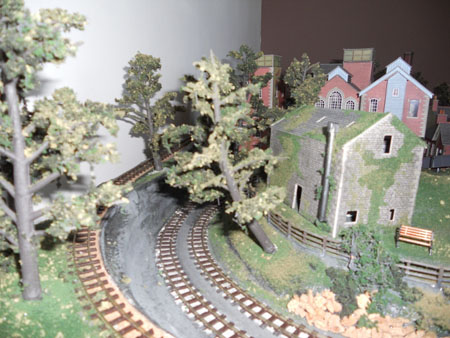 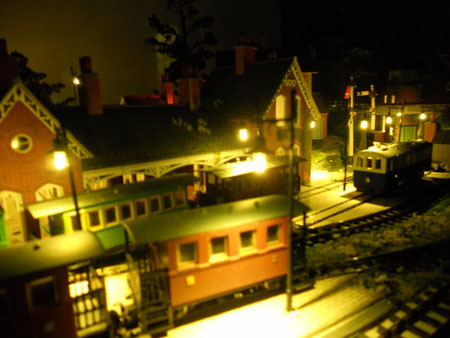 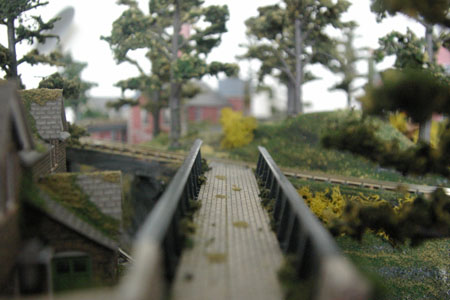 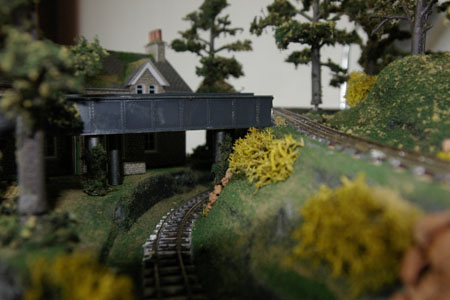 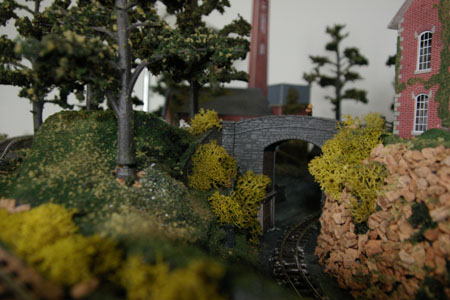 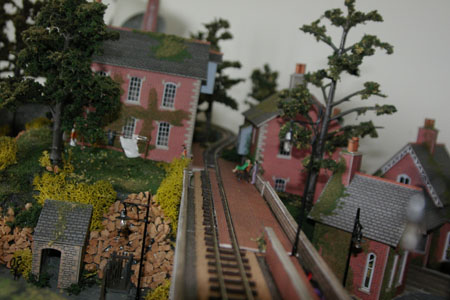 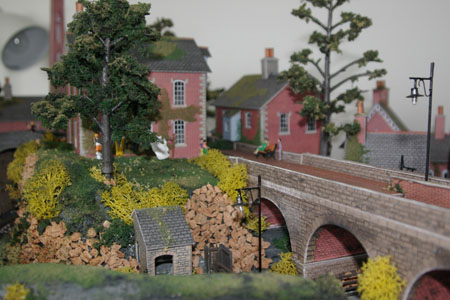 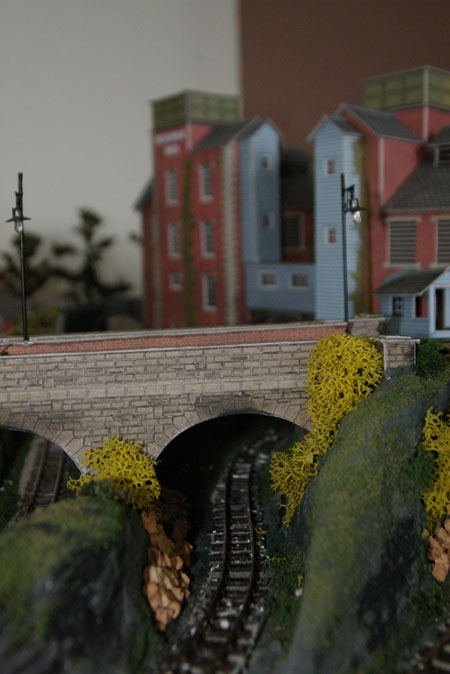 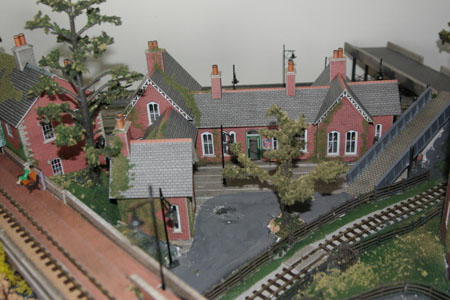 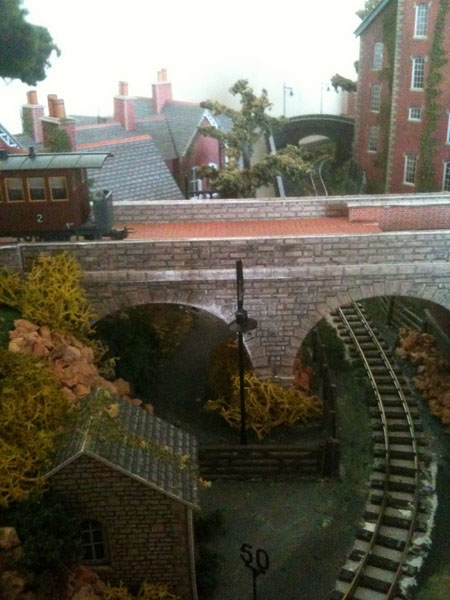 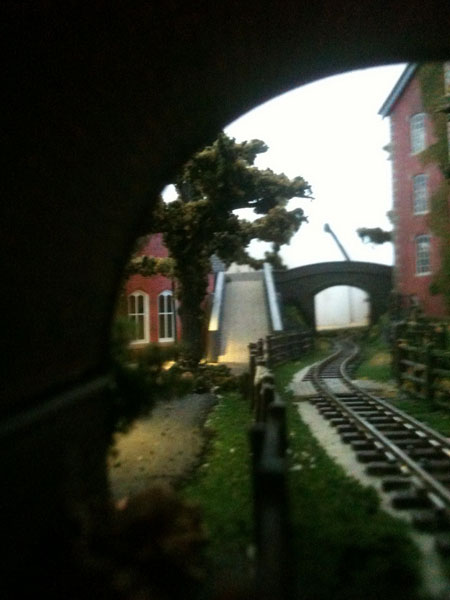 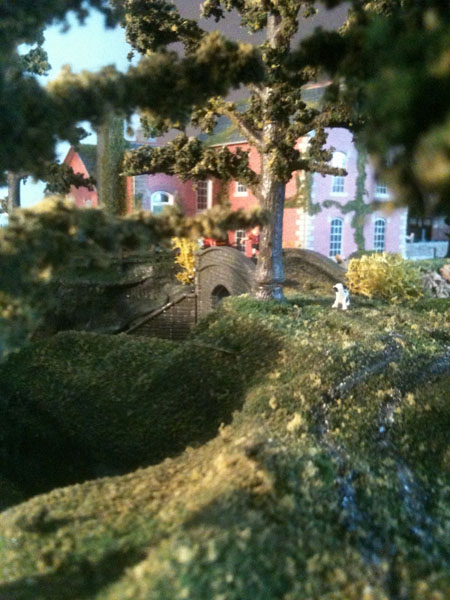 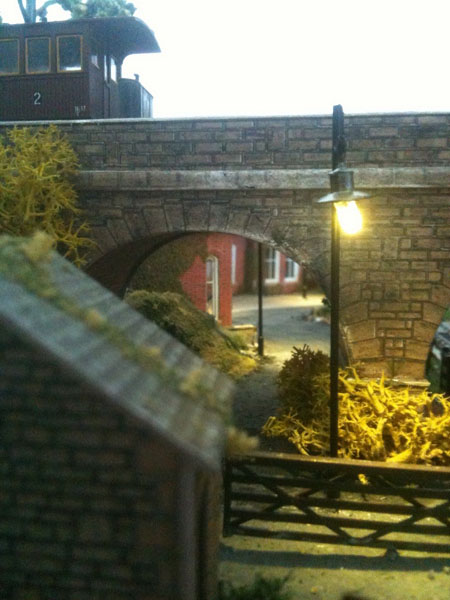 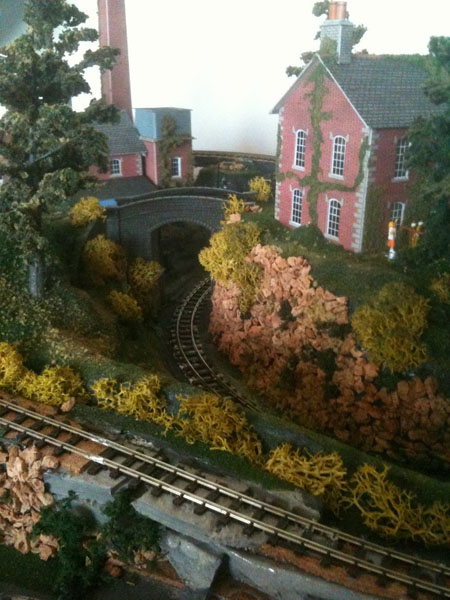 Wow! Amazing stuff. A big thank you to Julian.