Ken starts on his layout

Greetings to you and all your readers.

I have been reading your blog regularly and always look forward to what everyone has to say.

I have seen so many good ideas along the way that I will be using on my layout.

I started a new layout in December of and have been making slow progress. I thought I would send a few pictures and maybe get some comments from some of your good readers.

The layout will be mountainous with tunnels and bridges.

It is of no particular place only to say that it is a fictitious town in the northern mountains of Pennsylvania USA because we have a cabin there.

The railroad used to run behind our cabin and one could hear the triple diesels coming from a long way off as they pulled a long line of coal cars up the incline.

Below are some pictures of the progress. The first picture is of the bench work.

The rest of the pictures are of the sub terrain and bridges. The template for the curved bridge is laid in place to give an idea of what it might look like.

Keep in mind that mountains and tunnels will follow after track is laid. 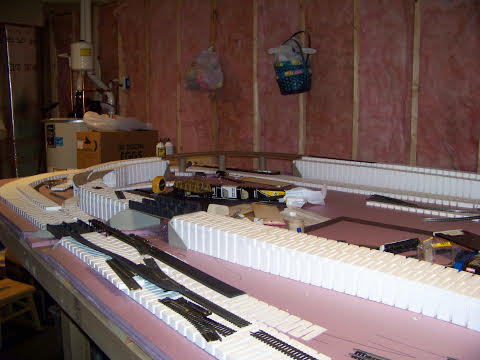 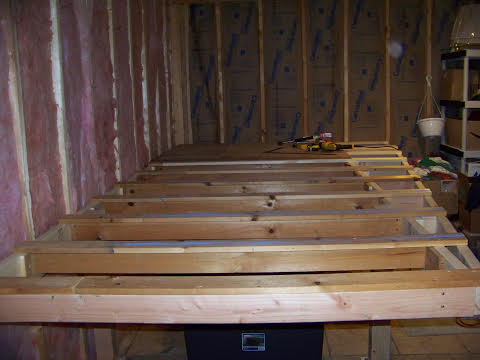 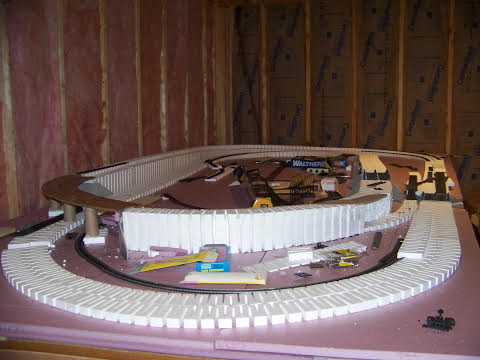 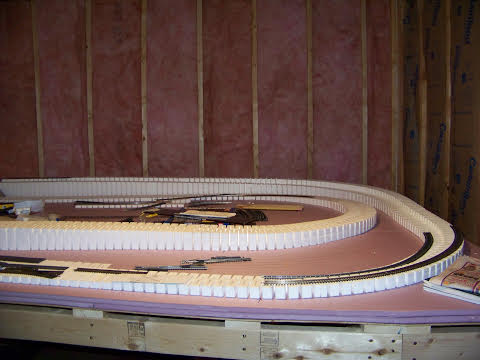 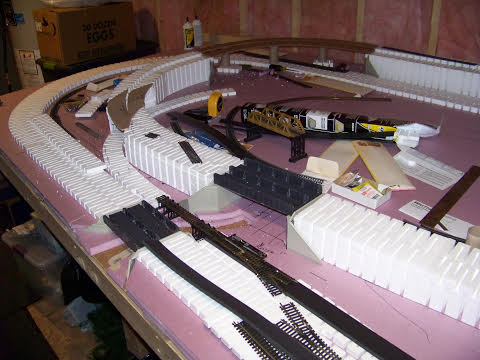 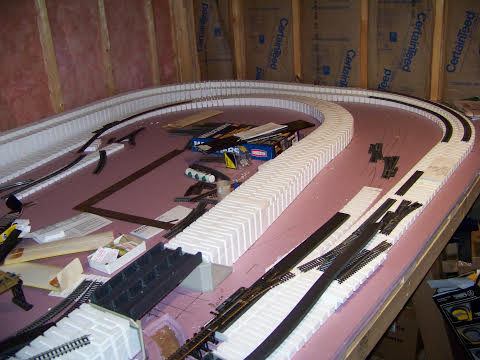 My layout is based on running two trains in opposite directions at once, but I can run multiple trains because of the block system that I have built in. Each section (4×8) or modules have their own transformers and power supplies, so I can stop and start trains on different parts of the layout.

The layout isn’t for any specific time period, location or railroad, but I like BNSF locomotives and have older and newer diesels running at the same time.

I enjoy building scenery and try to have interesting scenes in different locations such as a traffic accident, old west town, fishermen and bird watchers and a parade down main street.

I will sent more detailed photos of different locations and scenes when I photograph them or pick them out of my collection of pictures. 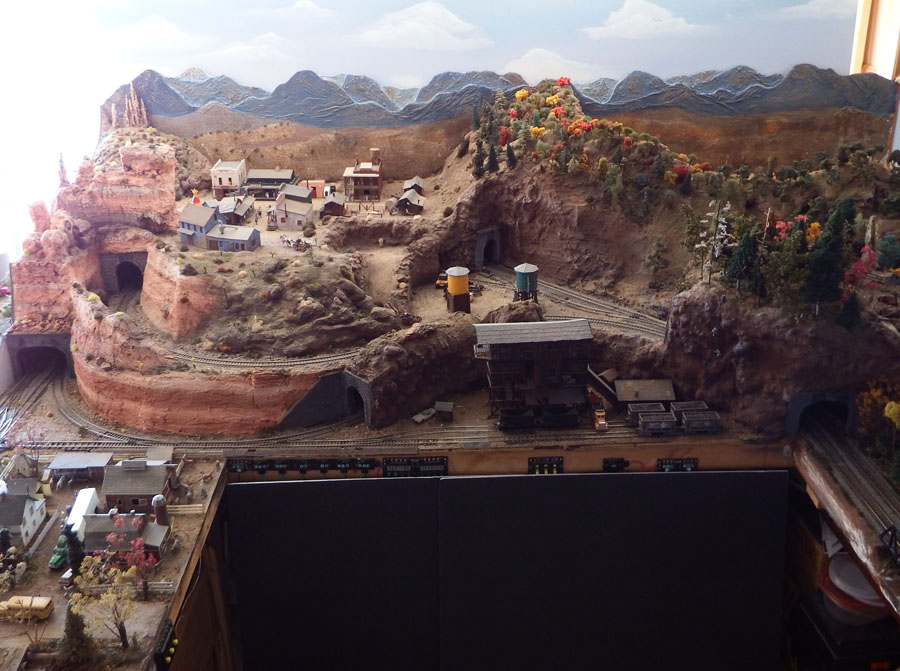 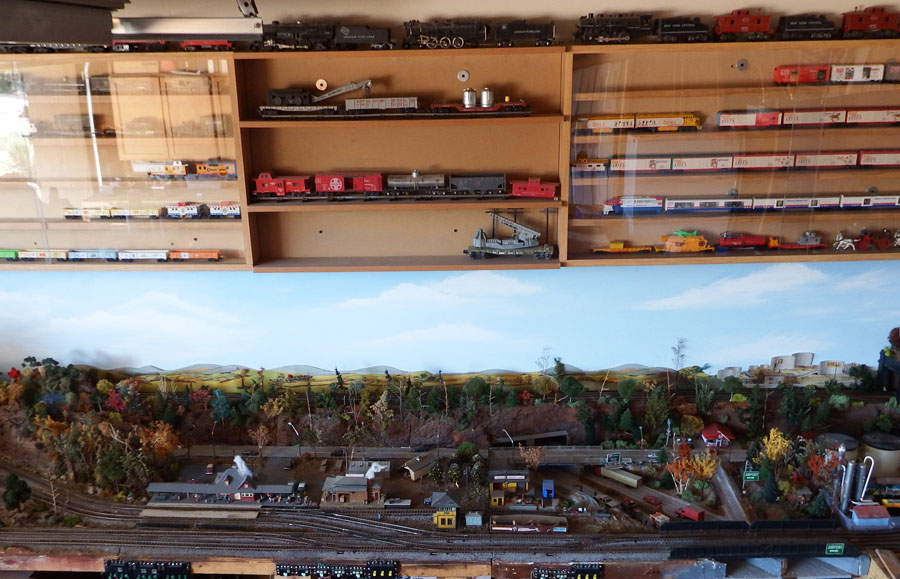 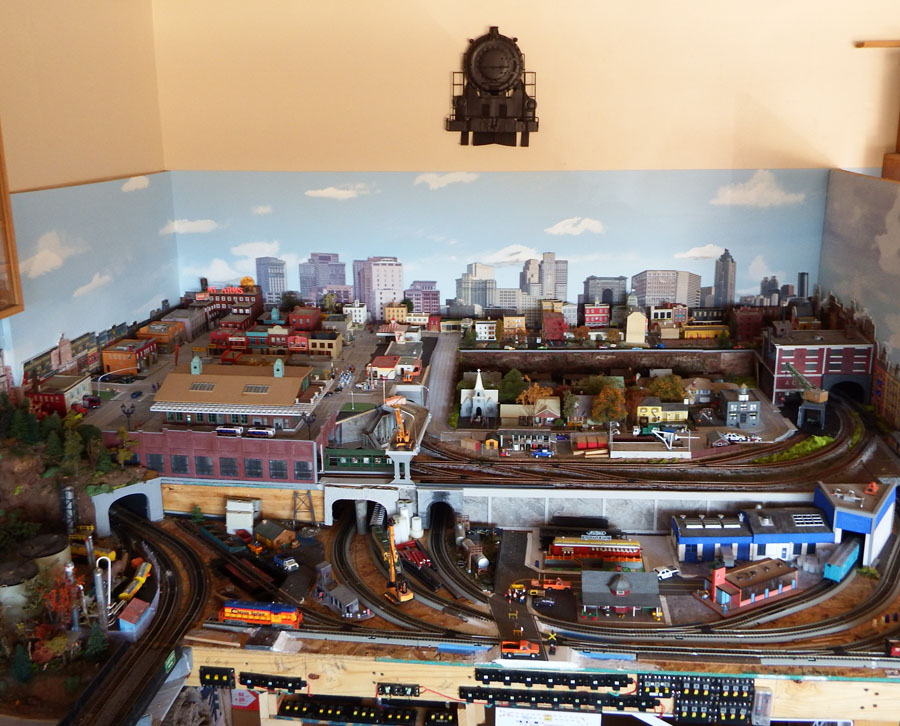 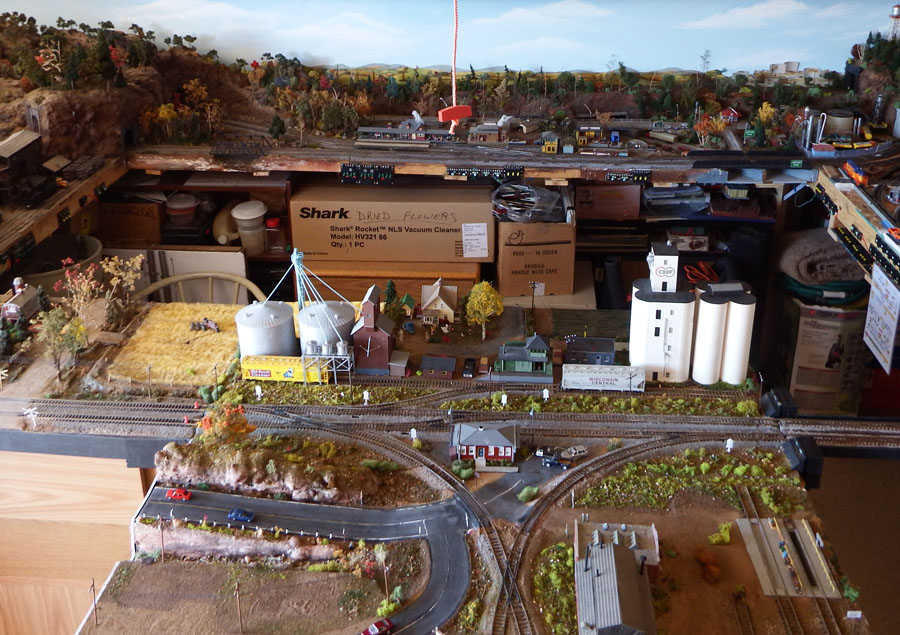 A big thanks to Bob and Ken.

Two things stuck out for me: Ken’s layout shows in spades it’s all about making a start.

Slow progress is no barrier at all – tinkering and pottering is half the fun, as Bob shows, just enjoy it.

That’s all today – but don’t forget the Beginner’s Guide if your starting to feel left out.

21 Responses to Ken starts on his layout