Ken’s been in touch with his American Flyer layout:

Some time ago I wrote you about the American Flyer layout I was working on. It’s running now so I thought I’d send along a story and pictures.

In the mid-1950s, my Dad got a pre-war Lionel Standard Gauge freight train. He built a figure 8 with connecting tracks and mounted it all to a board he could raise up to the basement ceiling with ropes and pulleys.

It would come down regularly for my brother and I to play with. But the old Lionel proved to be a bit fragile and I remember my Dad soldering together broken pot metal parts. Eventually my Dad sold the set-up and we were without a train.

In the early 1960s, my Dad bought us boys an S gauge American Flyer set. It was a simple figure 8 with a trestle set. We were older now and spent most of our playing time seeing how fast we could do the figure 8 without coming off the tracks. We were getting ready for bigger toys – cars!

The train got packed up and I took it when my parents moved. In the early 1990s, I had a son and decided to set it up once again. Being pre-internet and eBay, we’d go to train shows in the Chicago area and buy equipment.

We built a fairly large set-up, but I made several mistakes. Altho I worked on several sheets of plywood built in a frame, the boards were only a couple of feet off the floor.

A couple of years were spent fixing old equipment, building and wiring, something I really enjoyed (being an engineer) but wasn’t all that much fun for my son. By the time it was running, the train was competing with video games and was once again packed away.

In the 2010s, I built a house in Wisconsin with a large basement. I had a grandson and decided to build a new layout (my enjoyment) for him and his eventual sibs (one more grandson now) to run. I wanted a train set that was big enough and strong so they could handle and enjoy it.

This time, I built a 12’ x 14’ board at the proper height and planned the layout. My brother has a company that manufactures high quality connectors so he built all the electrical connectors for me. With eBay, I bought various old operating equipment, engines, etc.

Some of the buildings are “Tramp Art” made out of old cigar boxes. You’ll see the station and power plant say “Wilson Park”, a nod to the northwest side of Chicago.

As you can see, the layout is very “old school”. In no way does it compare with the beautiful scenery and towns you show every day on your daily emails. Being an engineer, the joy for me was to repair the old equipment and have it run again. The AF equipment from the ‘50s and ‘60s is well designed, simple and well built. A few electric motors are used for everything. And unless it was played with extensively, almost everything can be rebuilt. 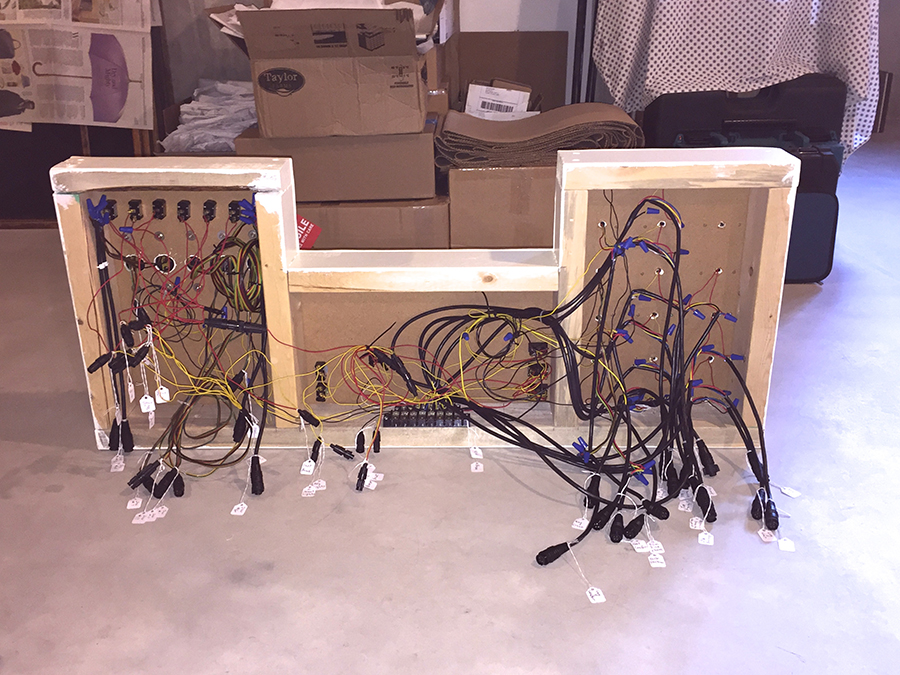 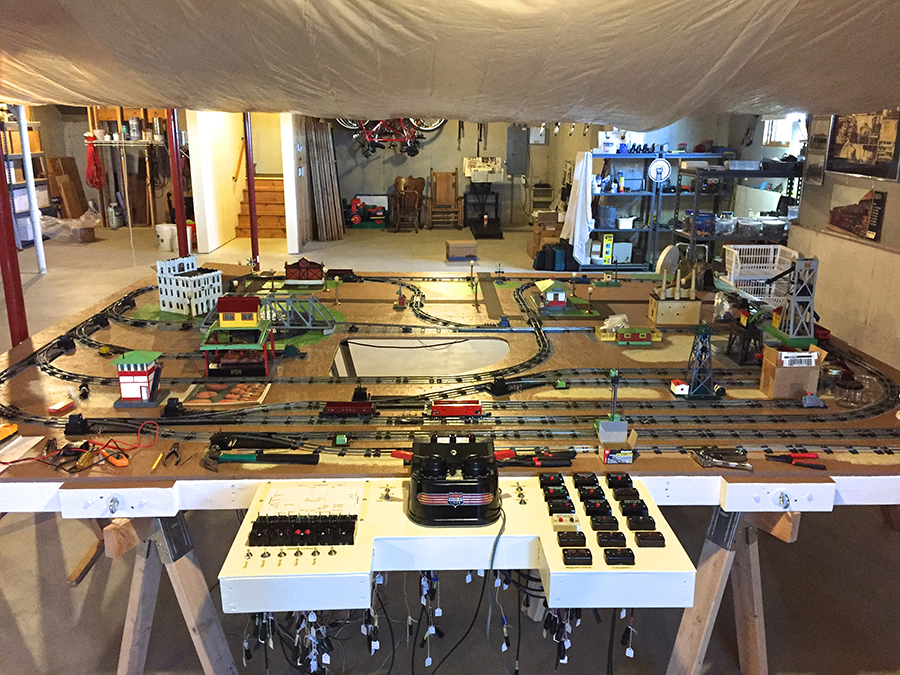 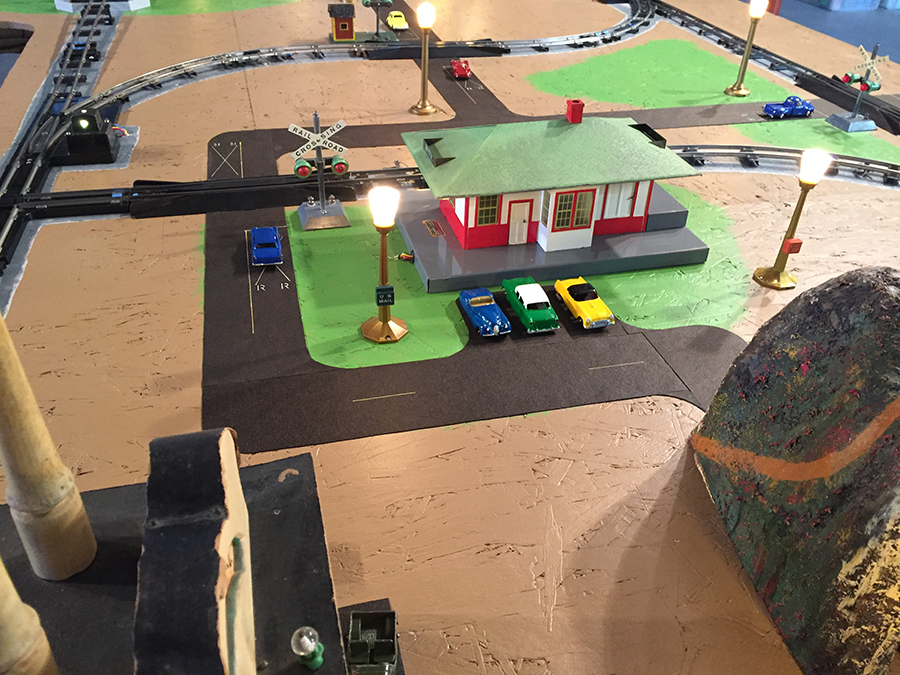 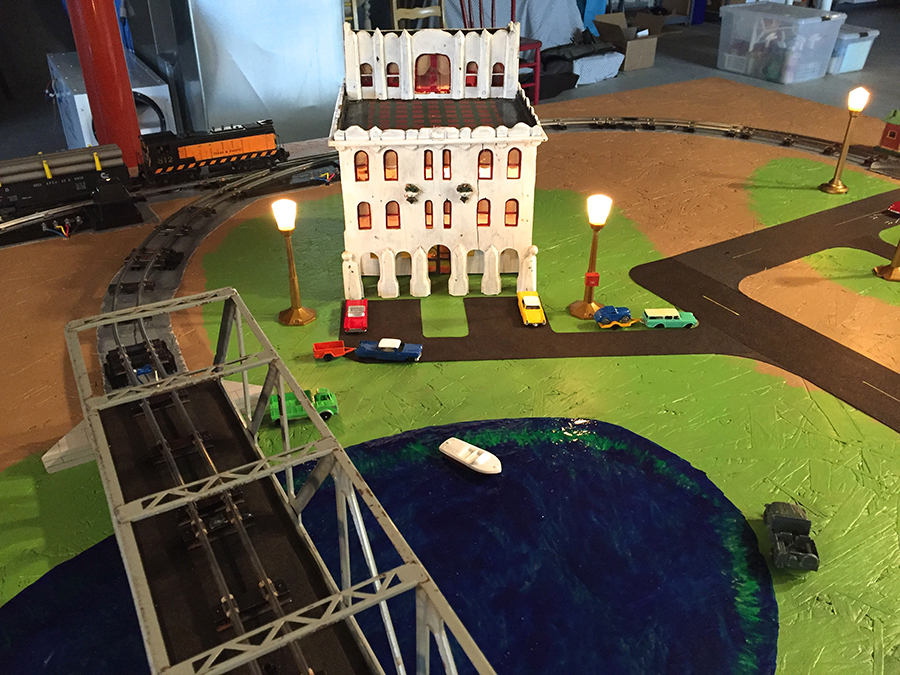 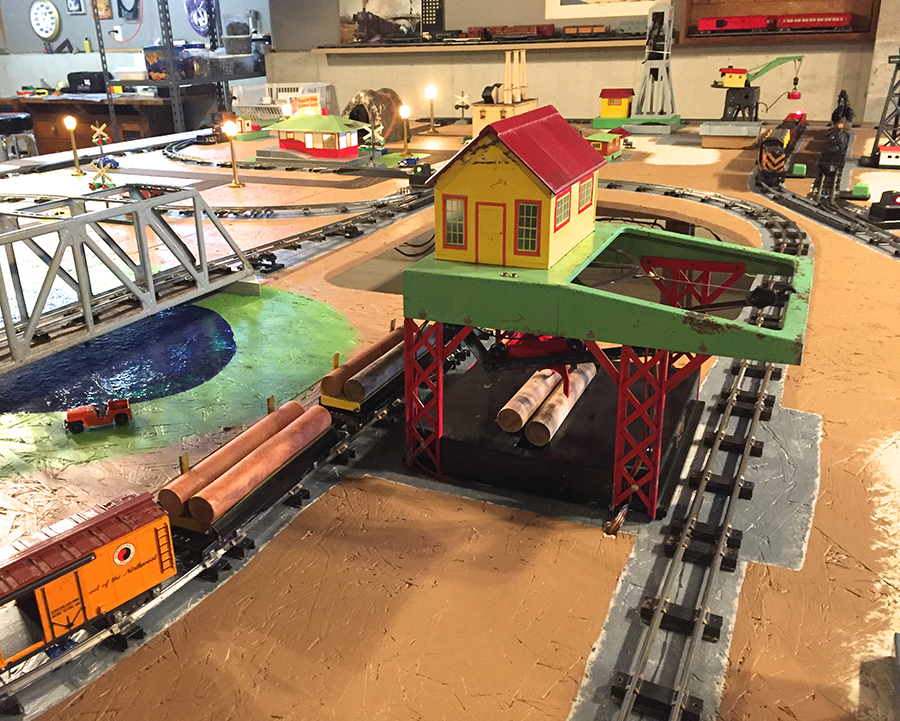 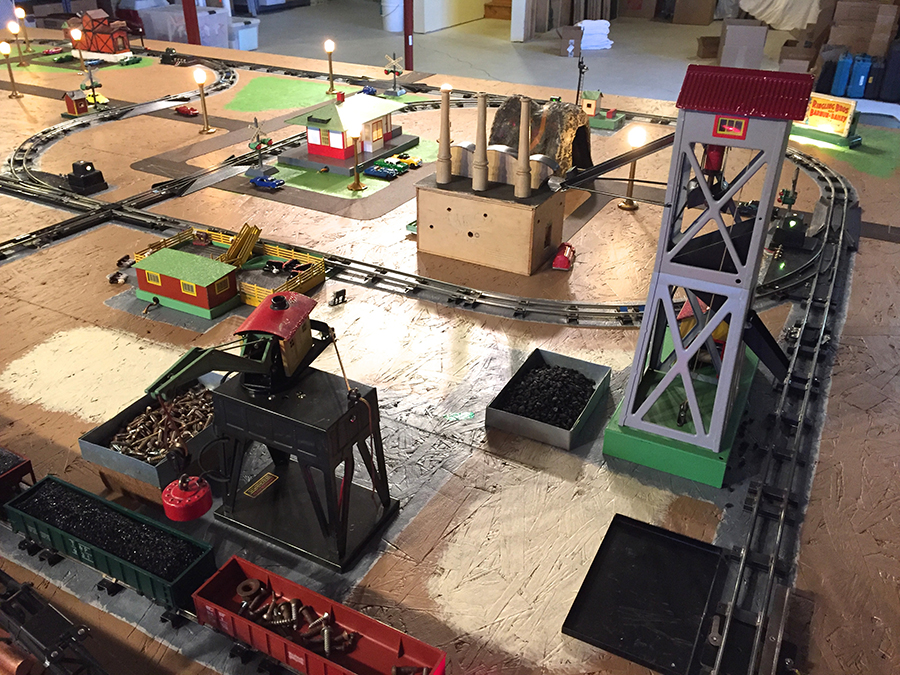 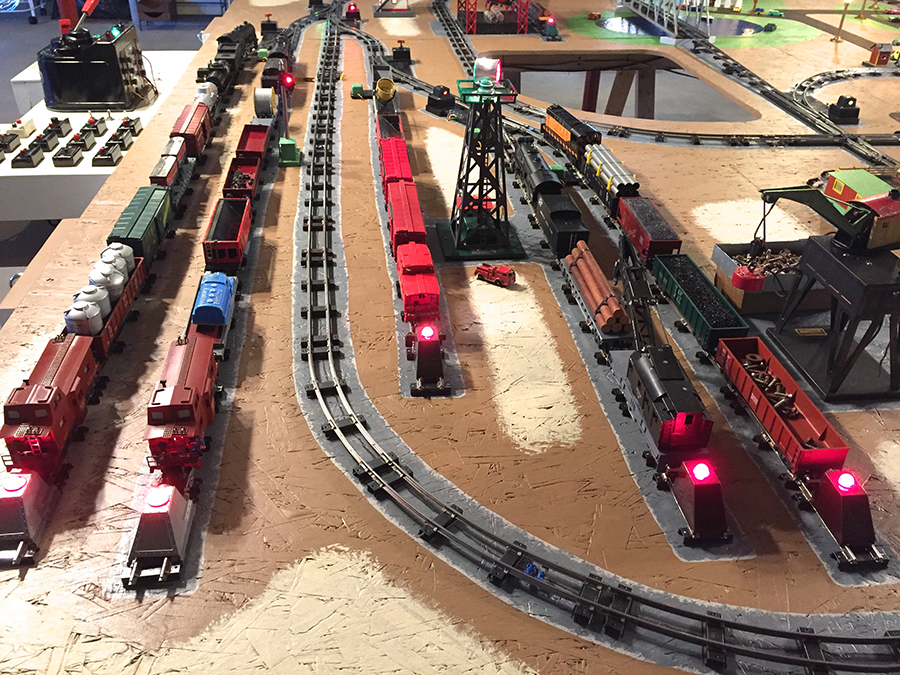 And here’s another American Flyer model railroad if you’re after more.

A huge thanks to Ken for sharing his layout.

I do love reading about them – especialy when I recurring theme pops us: recapturing that childhood fun and magic.

And there is a line in Ken’s narrative that really struck a chord with me:

“In no way does it compare with the beautiful scenery and towns you show every day on your daily emails. Being an engineer, the joy for me was to repair the old equipment and have it run again.”

I know exactly what he means and it got me thinking. I’m always banging on about this hobby is about making a start. But I’m going to add to that from now on:

Your layout can be whatever you want it to be – it’s your world. Have fun.

Let me expand on that a little bit. Here’s an email I got from Uwe, commenting on alayout from a while ago:

“Hi, its a common problem in model railroading but very apparent in this one, there is virtually no room above the tunnels so that trains are thundering through the basement of houses.

Uwe is right – technically. But I think the fun of creating your own world is logic and physics no longer apply if that’s your wish.

Yes, it’s a real joy to see a photo realisitc layout. But I also enjoy the other ones.

I’d love to hear your comments on this – just scroll down to the bottom to let me know your thoughts.

And don’t forget the Beginner’s Guide is here if you want to create your masterpiece without all the mistakes.