I do love a layout with a backstory:

I wanted to make a small version of the Lincoln Nebraska BNSF rail yard.

My sister works there as the bus driver for the train engineers when they have done their designated hours, and replaced with new engineers.

The trains stop where ever they are when the engineers work time is up.

The first set of pictures shows the actual BNSF Terminal. The first picture is the front of the terminal taken from the street using the Bing maps.

Some of the pictures are show at my work desk as I prepare to start cutting out the styrene.

Due to space limitations I did not make the terminal as long as the real one. From the pictures I took the model is the length of one BNSF engine too short. 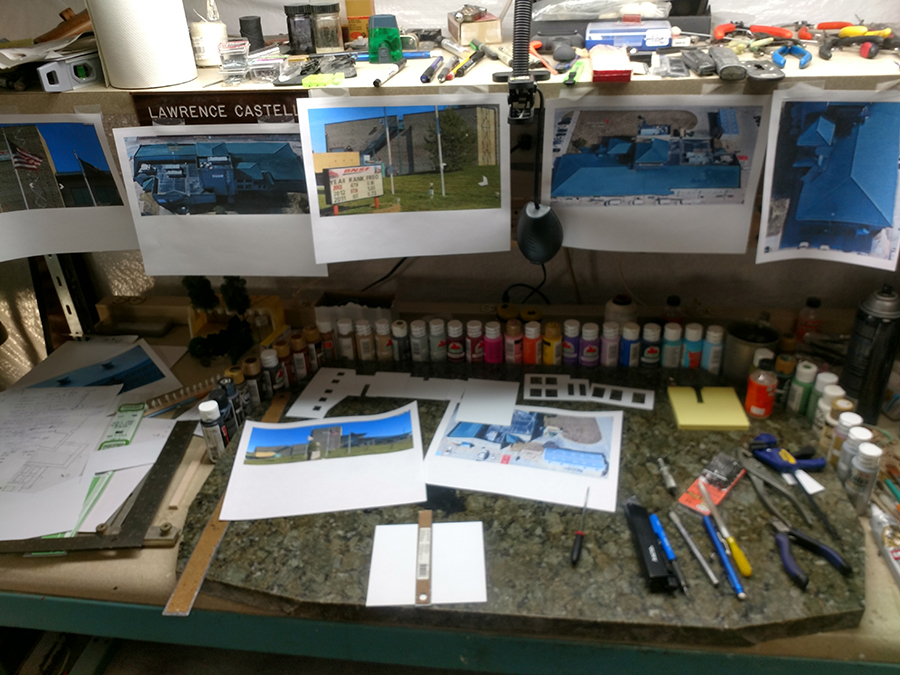 The printed pictures of the terminal the colors darker then from actually looking at the terminal on the maps on the computer.

The next email of three pictures:

The first picture shows almost all the styrene pieces needed to build the terminal. I ordered Chooch walls to cover the front of the terminal, they were close to the original.

The next picture displays the back of the model terminal with personnel in the observation deck.

The last picture displays the front of the terminal, the power sources, sign, radio tower, and external building. The stairs on the front of the building and flags have not been constructed at this time.

To prevent brush strokes, I used a paint sprayer to paint the roof. Looking at the terminal on line did not show any weathering so I will not weather the model.

I will send more pictures of the rail yard in the near future. 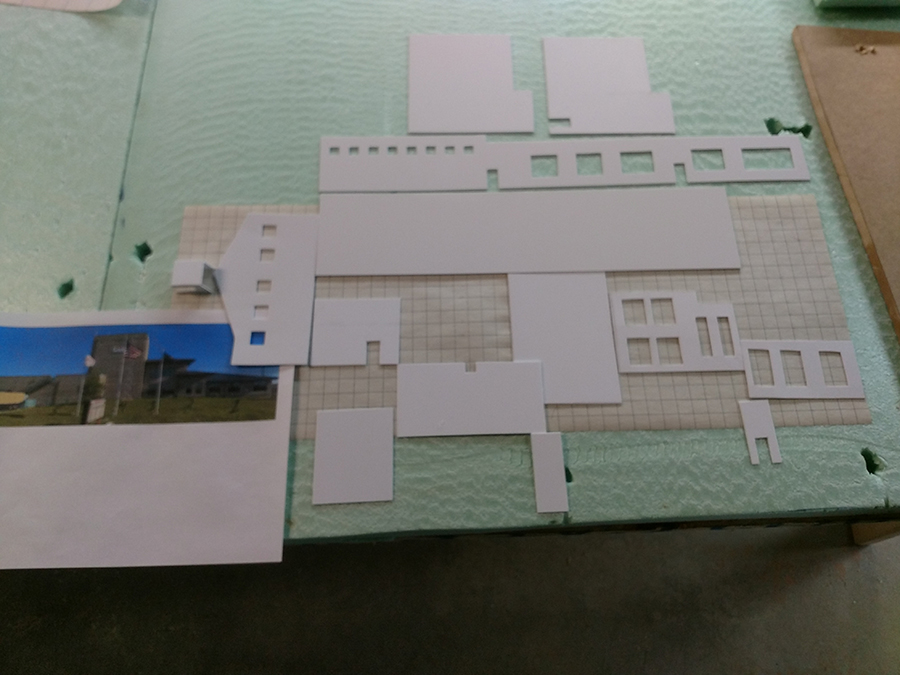 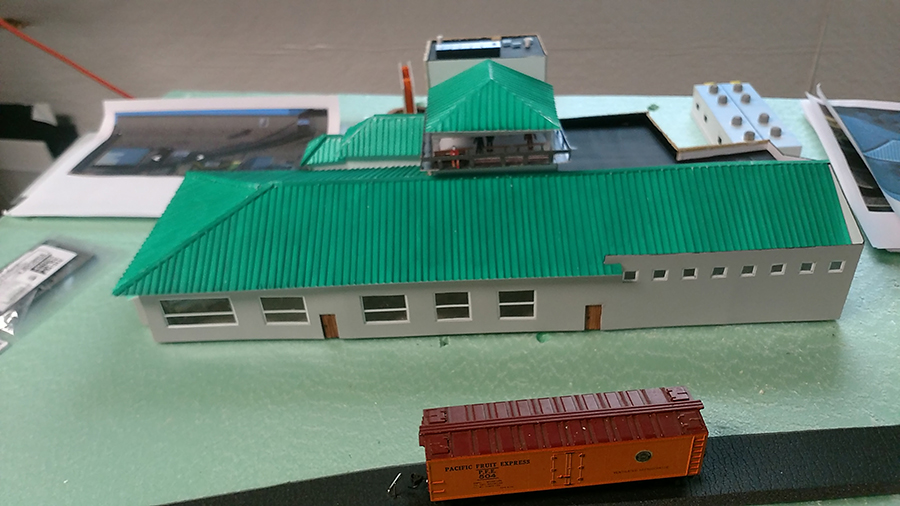 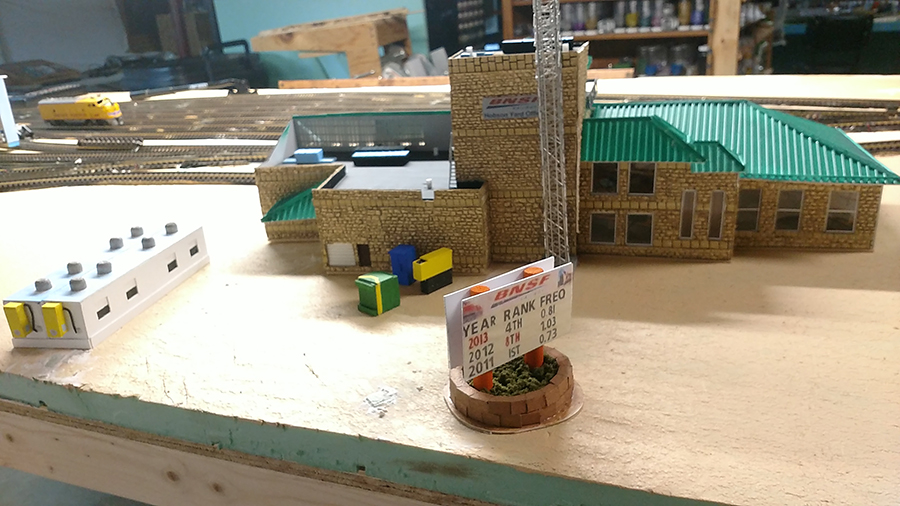 I absolutely love what Lawrence is doing. If you missed his last post, it’s here.

Now on to Cassio. A man of few words, but the pics make up for it:

“Dear friend Alistair, I am sending some more photos of the evolution of the decoration of my model. 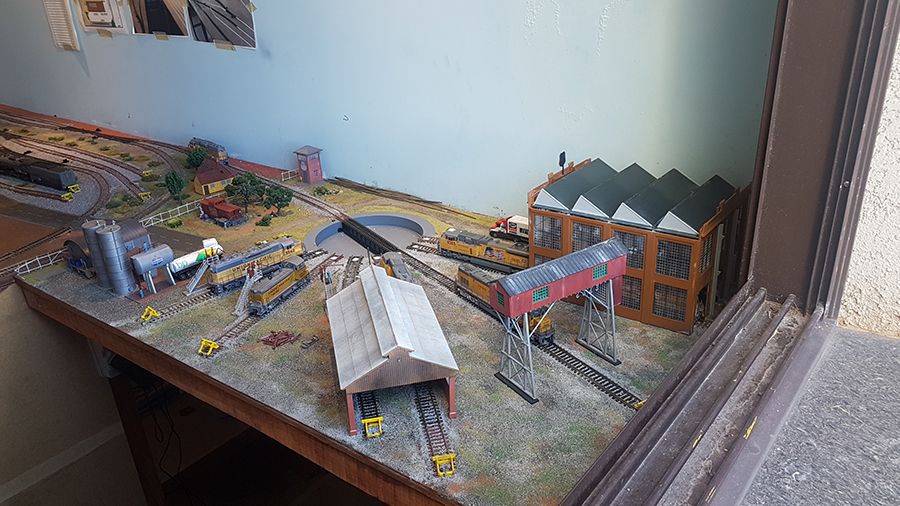 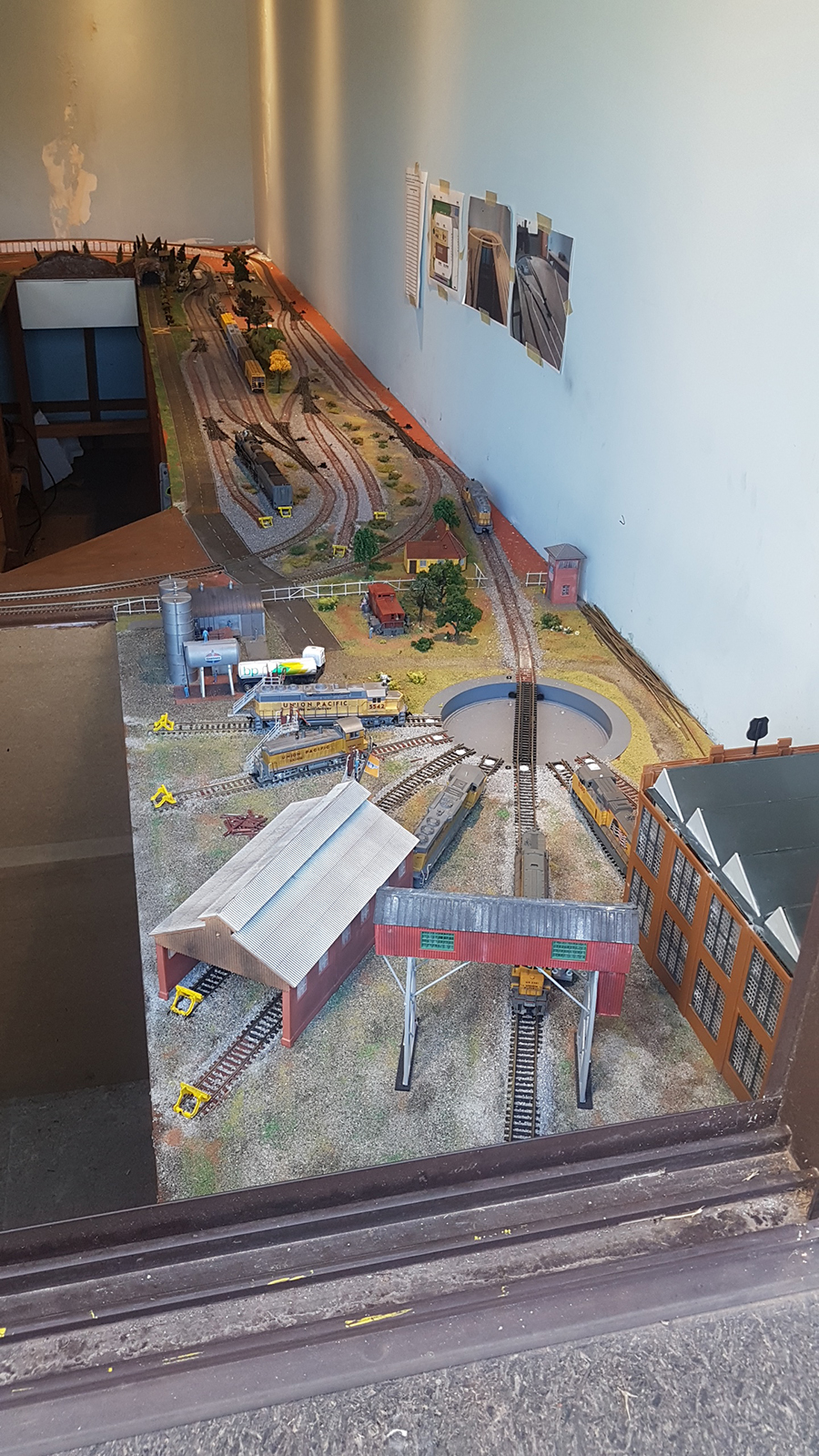 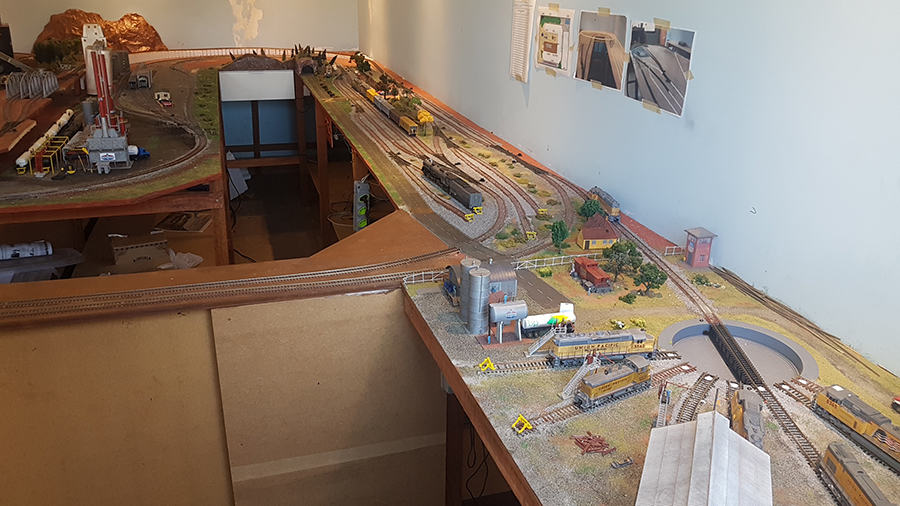 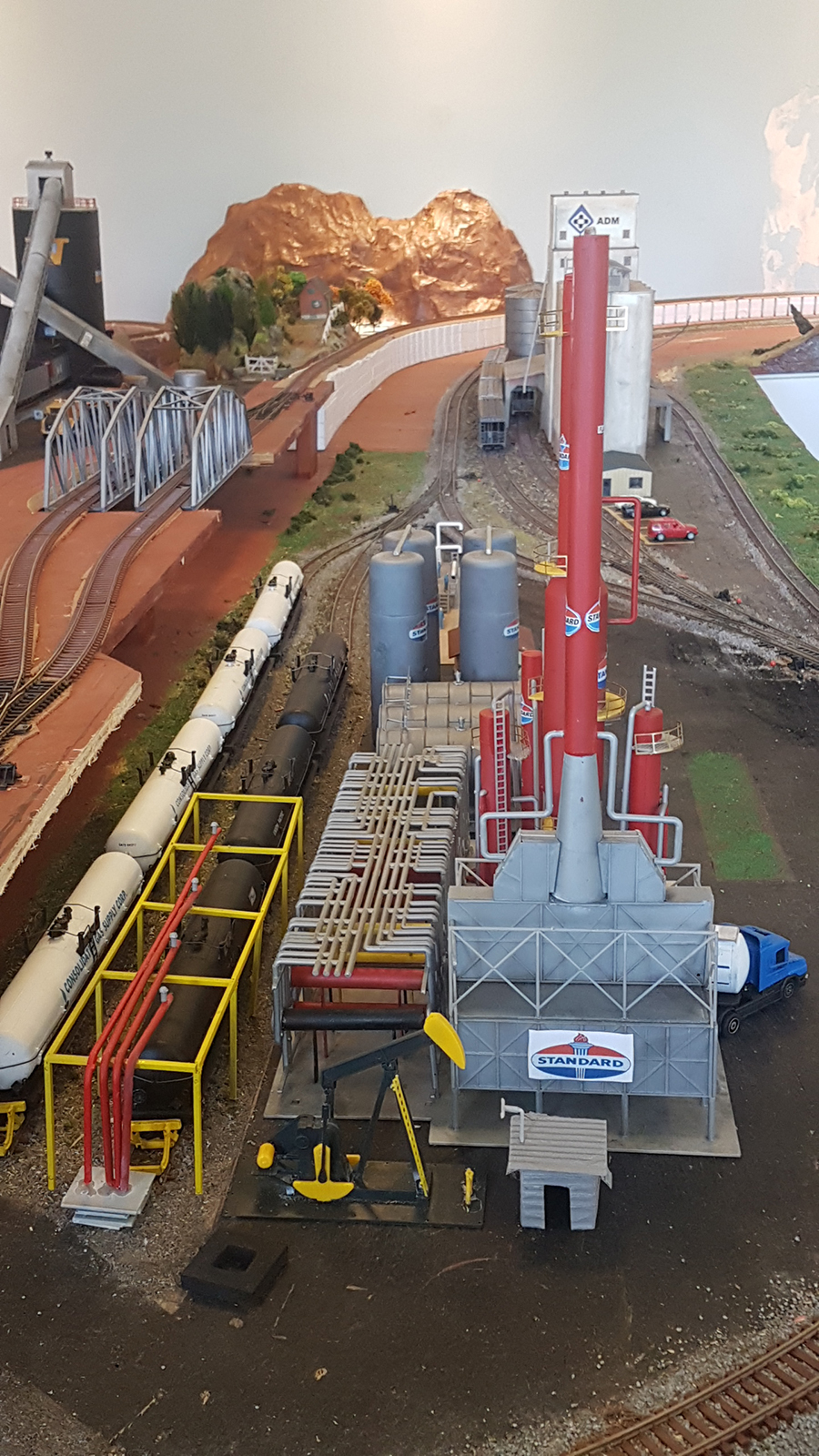 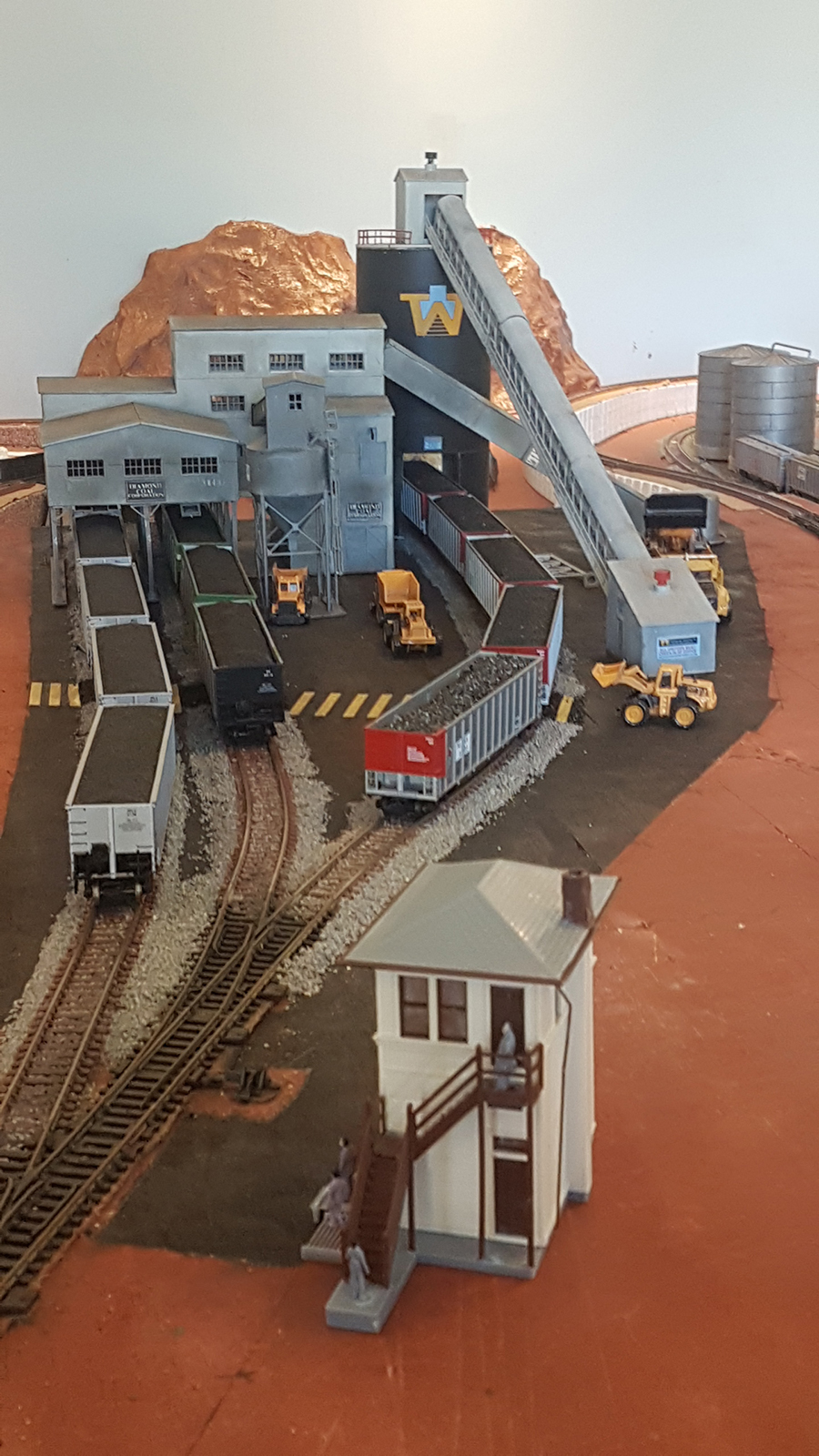 A huge thanks to Lawrence and Cassio.

I should also thank everyone that has supported the site over the last few days, and taken the plunge with the Beginner’s Guide.

(Frankly, without you, there wouldn’t be a site.)

What has surprised me, however, are these two points.

This year – and I have no idea why – I have had lots of comments thanking me for the site and the Beginner’s Guide.

I’m only human, and when I get a nice mail in my inbox it really does make my day, so thank you.

And the second point is a little confusion over the ‘silly sale’.

A lot of you, because it had the same name, thought I was running the silly discount on the print out buildings again. Sorry about that.

But here’s the good news, just for a few nights only – I’ve opened it back up.

So if you want to grab all the buildings at a ridiculous price, here they are.

And thank you for all your kind comments.

PS Please feel free to leave a comment below on the Beginner’s Guide, or the site….