I decided to share the progress I’ve made on my railroad which I started exactly two years ago.

I had just retired and my mother suggested “why don’t you set up your train?” Great idea!, I’ve been wanting to do that for years.

To be clear, what my mother was referring to was an O gauge train layout Lionel 736 train set that my grandfather had given me when I was four or five years old. More than fifty years later, after many years in storage, moving from house to house, it was time to resurrect the set.

I immediately started building a layout and acquiring more trains. I wish I had also looked at the Beginners Guide. I think it would have saved me some headaches.

But all has turned out OK, and even after reading tons of building advice, I think there is no substitute for actually trying the build, seeing how it works, debugging it, and changing what’s required to make the silly thing run.

I had some goals for this layout:

I decided to concentrate on A.T.S.F and Denver & Rio Grande roads as these were predominate in the Rocky Mountain west.

I did get all newer fastrack track – I didn’t want to mess with the old tubular track. I added 18 gauge wire directly to the metal tabs under the fastrack to minimize voltage drops. Easy to do although a bit time consuming, and much easier to undo than soldering.

Pic 1 September, the initial table I built and a test layout. The table was 7 x 26 ft. The table is built with deck screws (which are easy to back out and do not strip in the event a change is needed).

Pic 2 December, I decided to have two levels with connecting incline.

I was working to a the following powerpoint sketch: the upper level is in red and the incline connecting upper and lower levels is the heavy dashed line.

(All images are clickable)

I began serious testing with this configuration. By February, trains were running but there were also serious problems. The initial inclines were too steep for my vintage trains, and I came to realize that the extensive lower level tracks would be impossible to easily access once mountainous scenery was installed. See the video 1. I ran the trains constantly to debug everything.

I realized I needed a better design tool than powerpoint drawings and trial and error track assembly. I started using SCARM for my track design.

Suffice it to say I went through multiple different design updates through 2017 using SCARM. Build a little and test a lot. The biggest and most useful addition was a wye and a small yard. I also slightly extended the dimensions of the original table. I finally settled on and completed building the following track plan in spring. 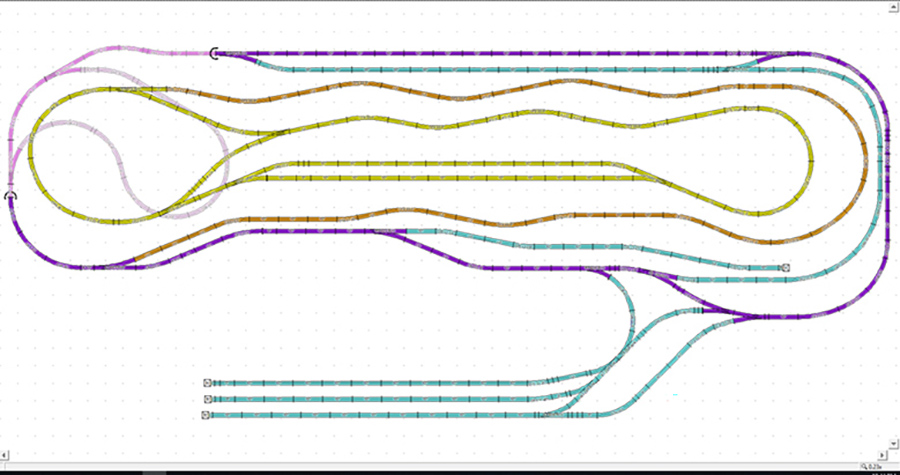 There are parking areas for six full length trains, although only two can be running at any given time. Both the upper and lower level include a reversing loop plus the wye and yard to reverse the trains. The lower reversing loop is under the large mountain on the layout. The design comprises of a little over 2.4 scale miles of track.

Right now I have basic scenery installed everywhere and the trains run well. The only really tricky scenery element involved the removable sections on the mountain (used to access the reversing loop and tunnel area). I have only a single structure installed: a branch-line water tank. With the basic scenery installed, in the next construction phases I will be concentrating on adding steam and mining related structures to build out this little world.

I am going to take some time to get the building elements right so they make sense and work together. 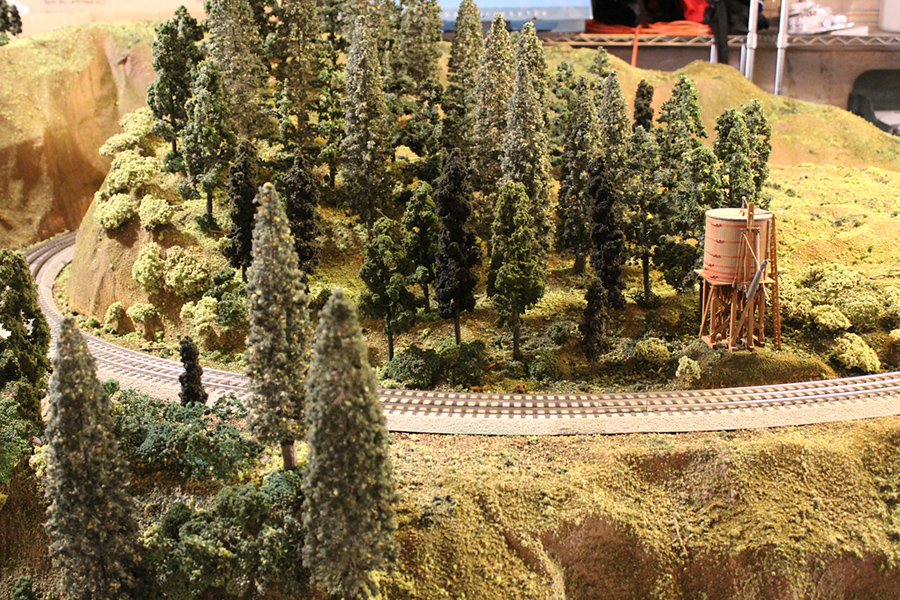 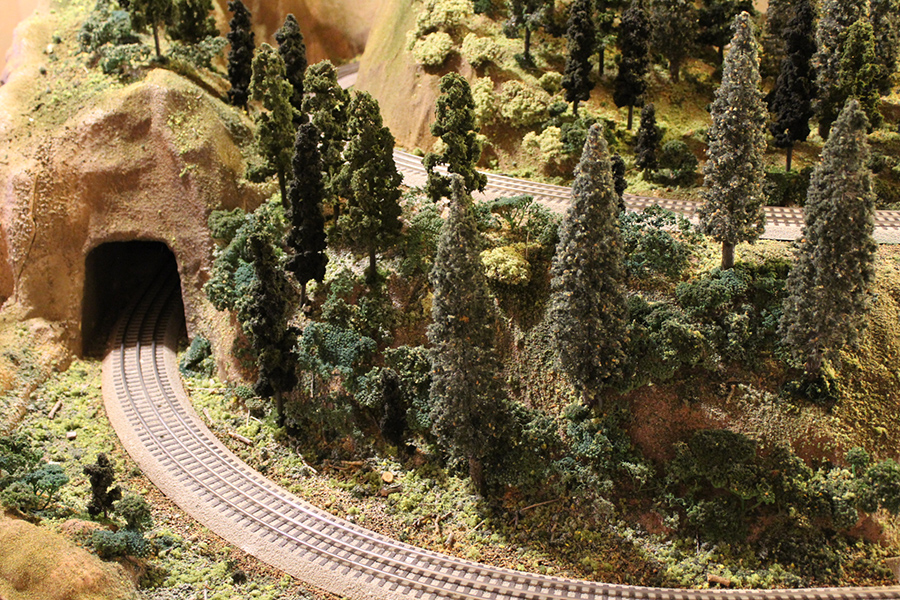 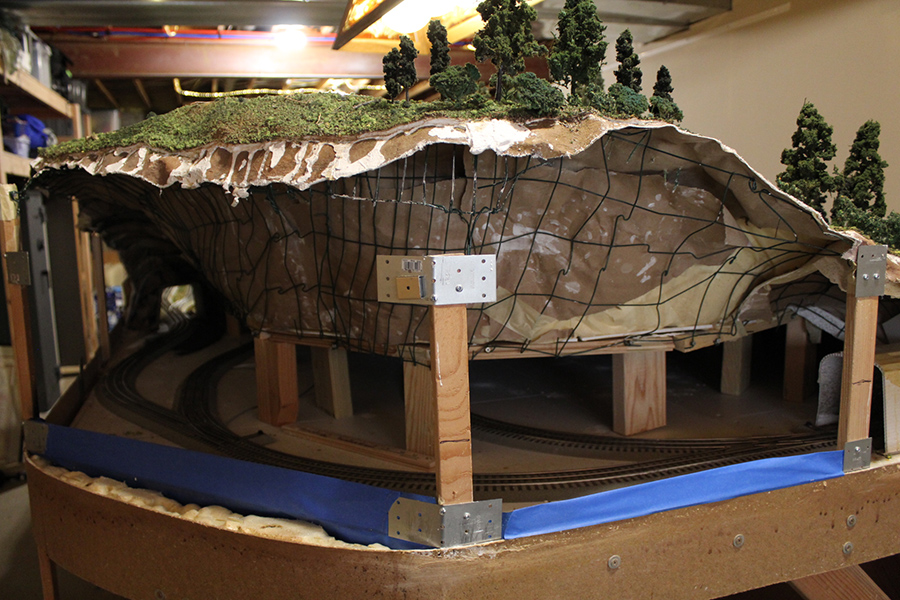 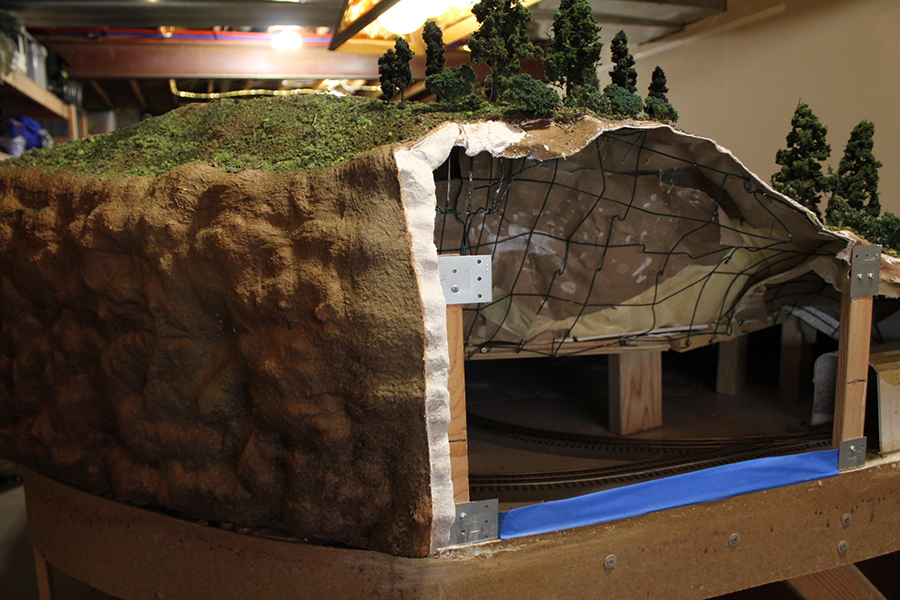 The reversing loop under the mountain is accessed using three removable sections. The sections are held on with cabinet magnets. 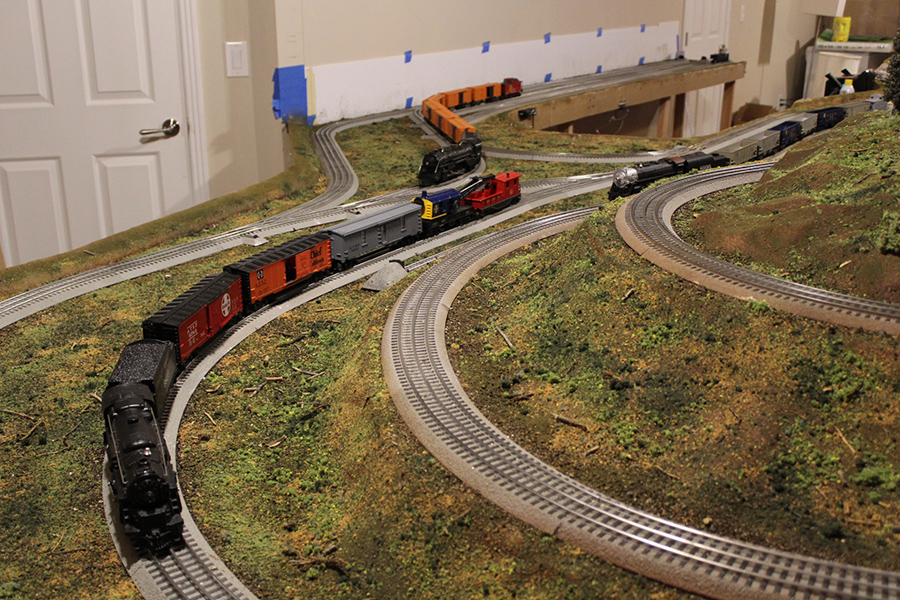 Three trains in the yard sidings and spurs 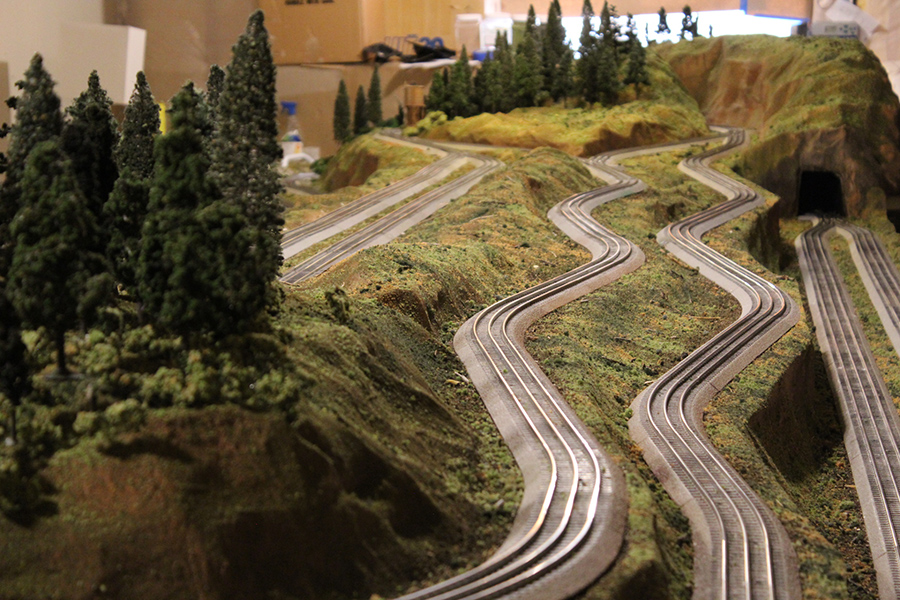 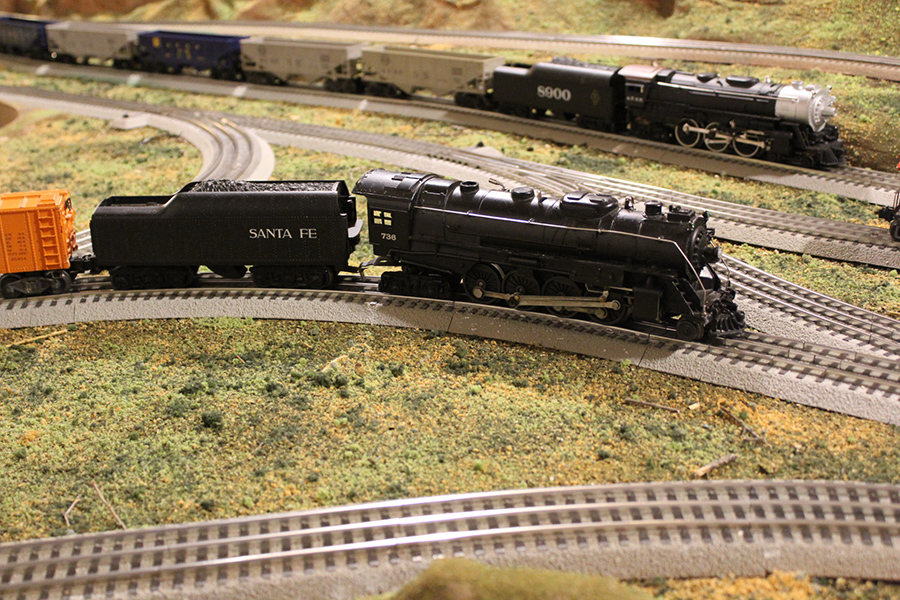 And Michael has sent in a video too:

Latest ebay cheat sheet is here. Still updated every day (please have a look and tell me what I should add).

A huge thanks to Michael. What a write up. I love the way he describes how he got the track plan just right before he got busy on the scenery.

I think he’s done excellent post and I hope you enjoyed his O gauge train layout as much as I did.

If you’re after more O scale’s, Lawrence’s is here.

The Beginner’s Guide Michael talks about in his narrative is here by the way.