Mike is up first today:

“I’ve been adding details in sections over the past 3 months. some of the additions are scratch built ( the bridge over the stream, some of the trees, the chain link fence and the guardrails)

I worked on the downtown area adding additional trees, people, cars, and some animals. I added some great HO scale neon signs. Each one has multiple animation sequences. They look great and add a bit of realism.

The park has been fun to work on. I added joggers, kids flying kites, ducks and swans in the pond and a few other touches like the flag. In the farm and mountain sections I used some real rock , plaster, and shaped and painted foam. Some of the elements are not exactly to scale but I think they look ok.

I use Bachmann EzTrack and their wireless dcc controller. Ive enjoyed the ease of operation and the realistic lighting and sounds on the locomotives. My next additions will be lighting and crossing gates. I’m not an electrician so I’ll be looking for some help with this part. 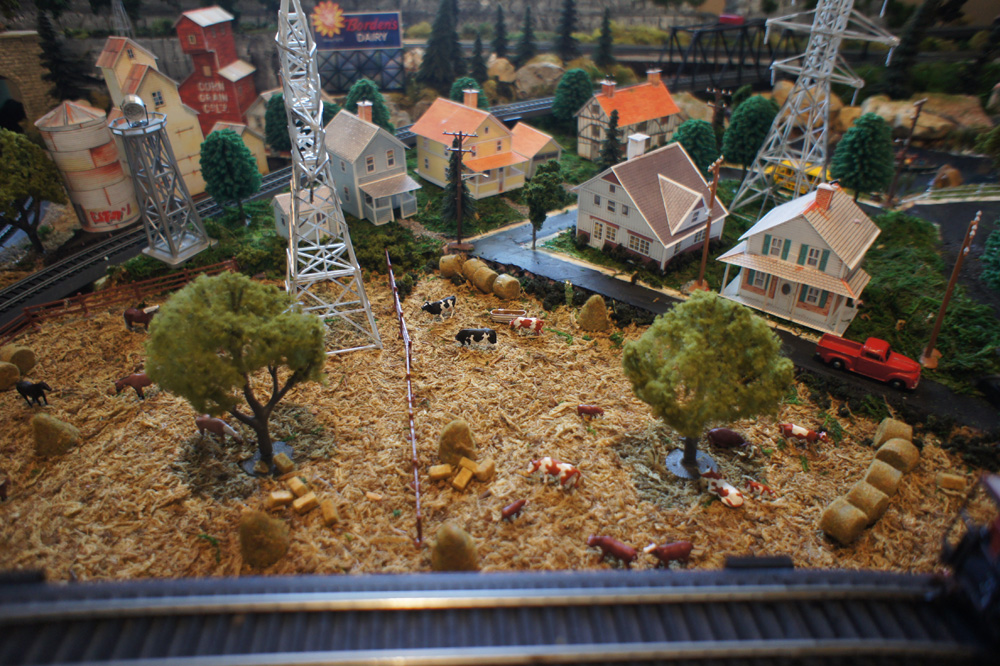 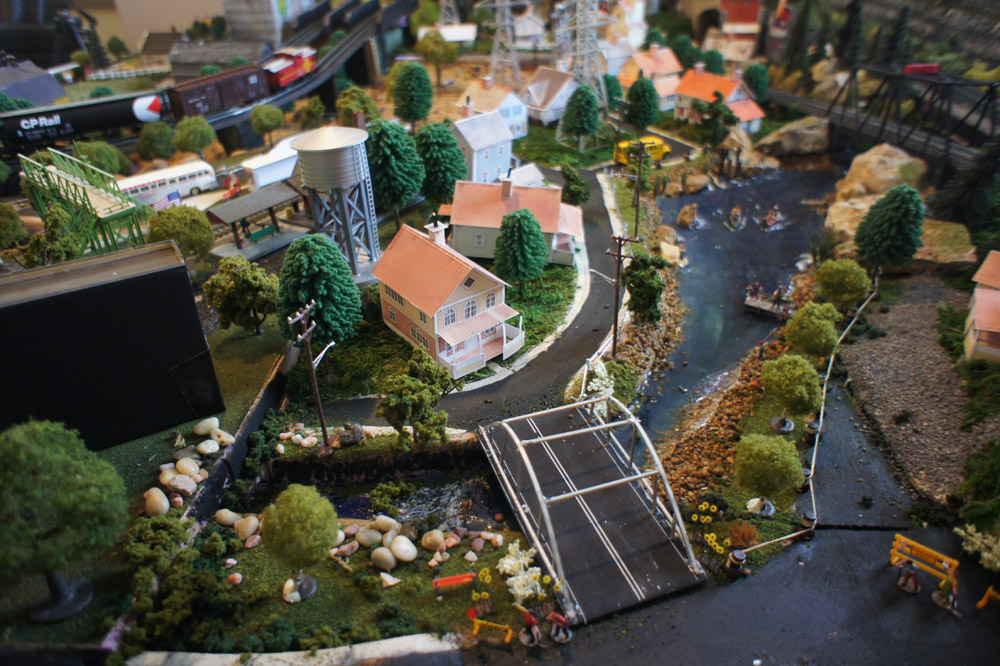 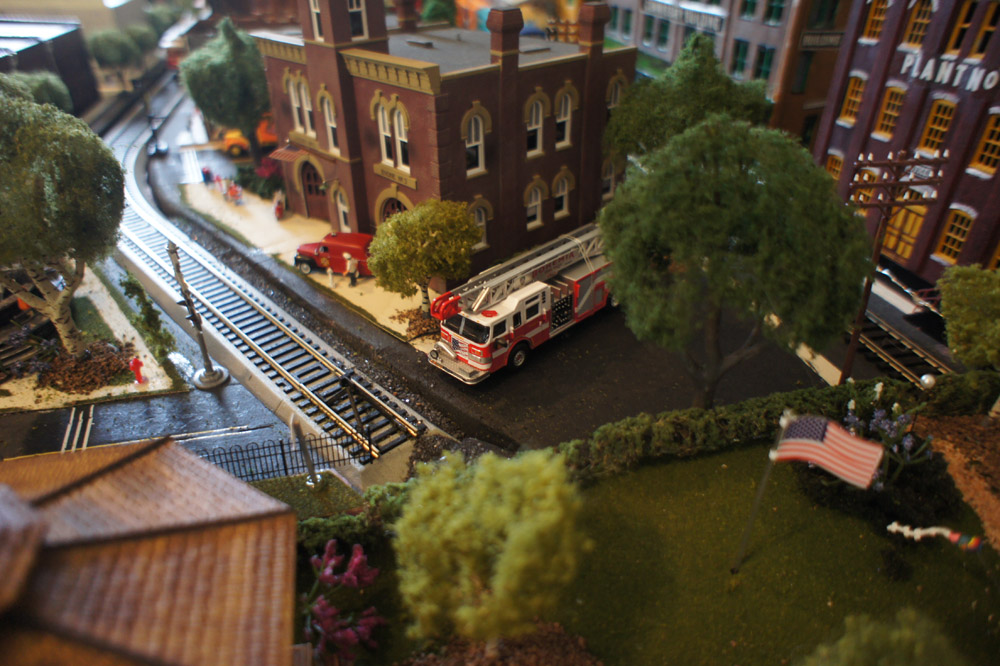 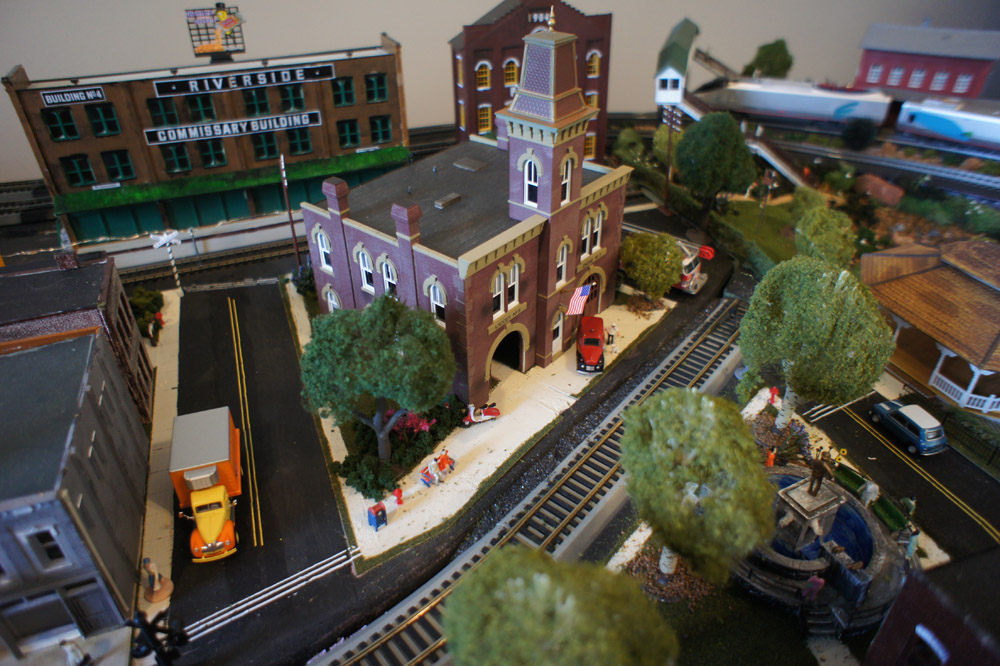 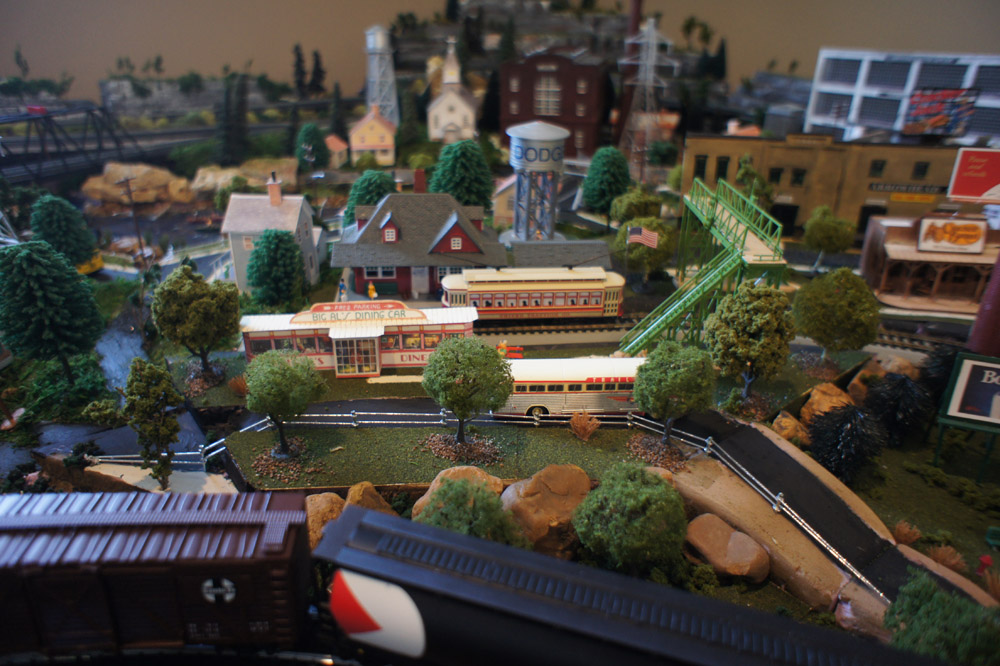 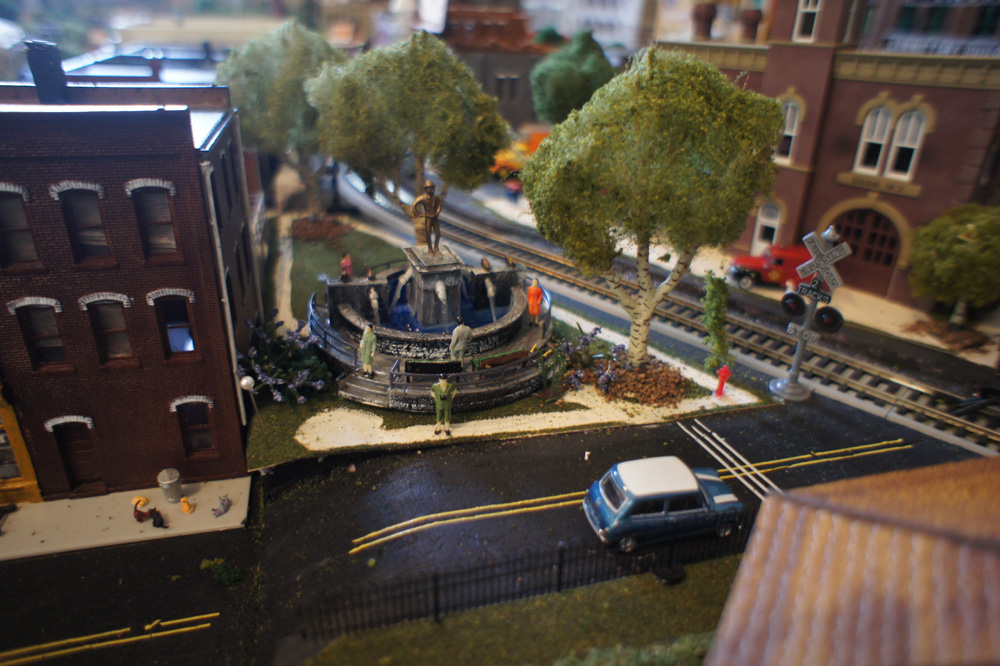 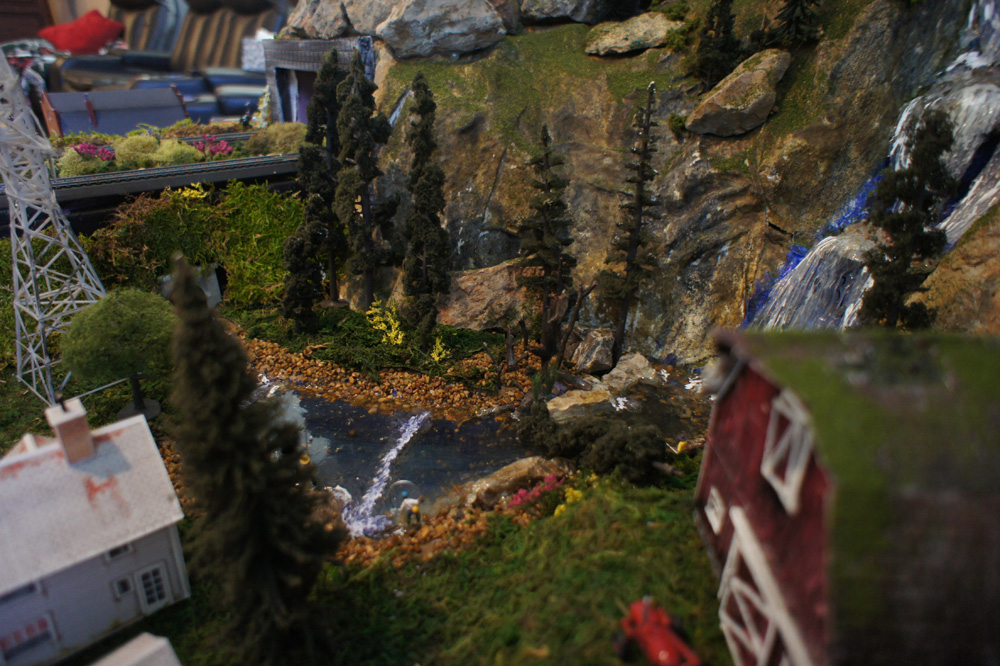 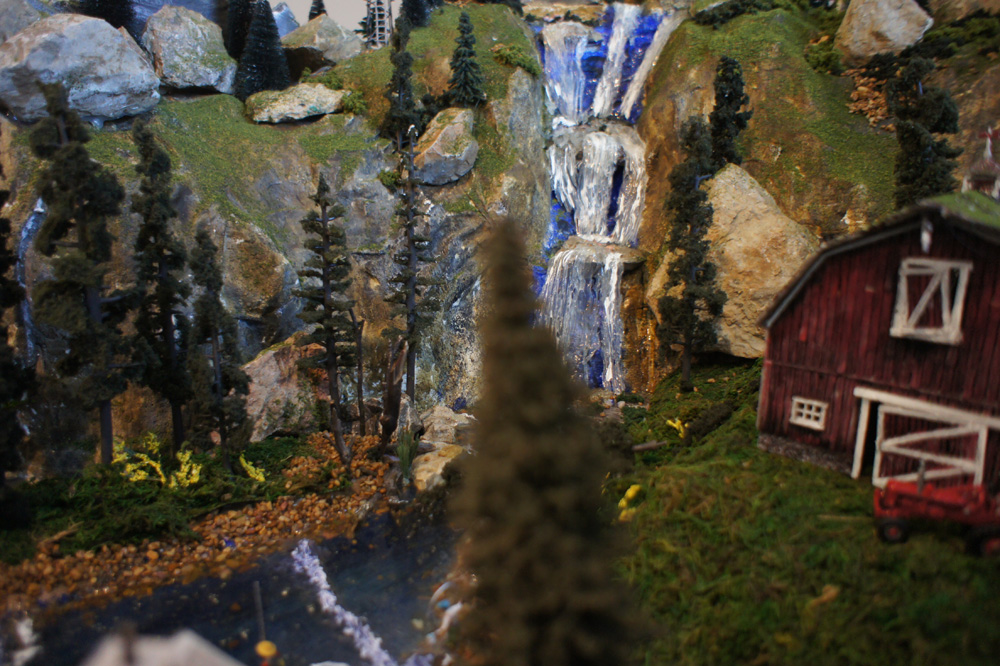 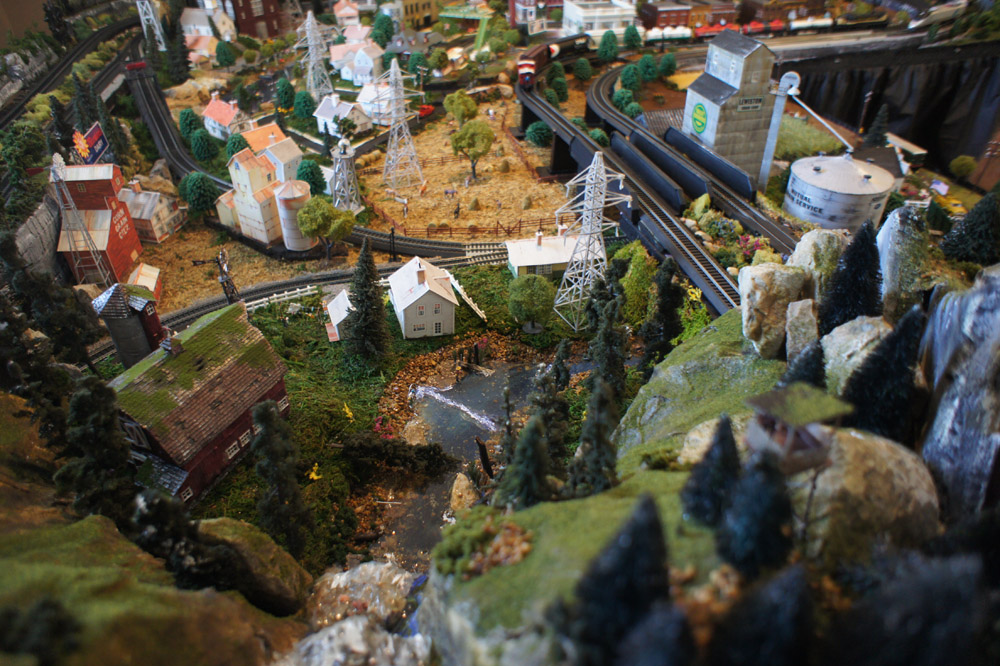 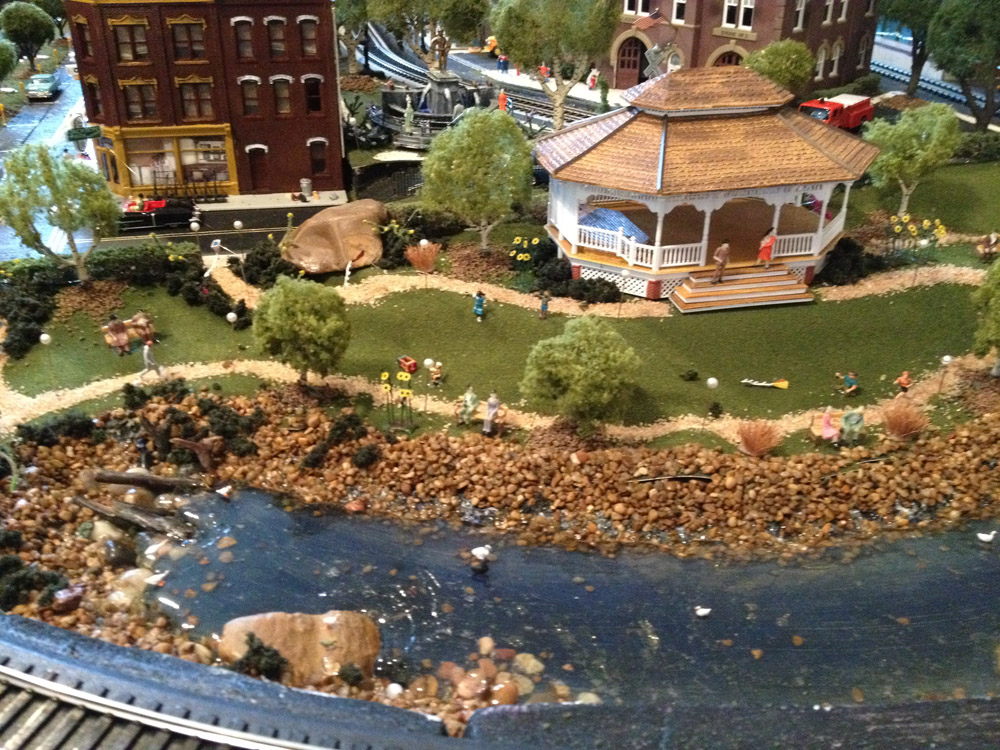 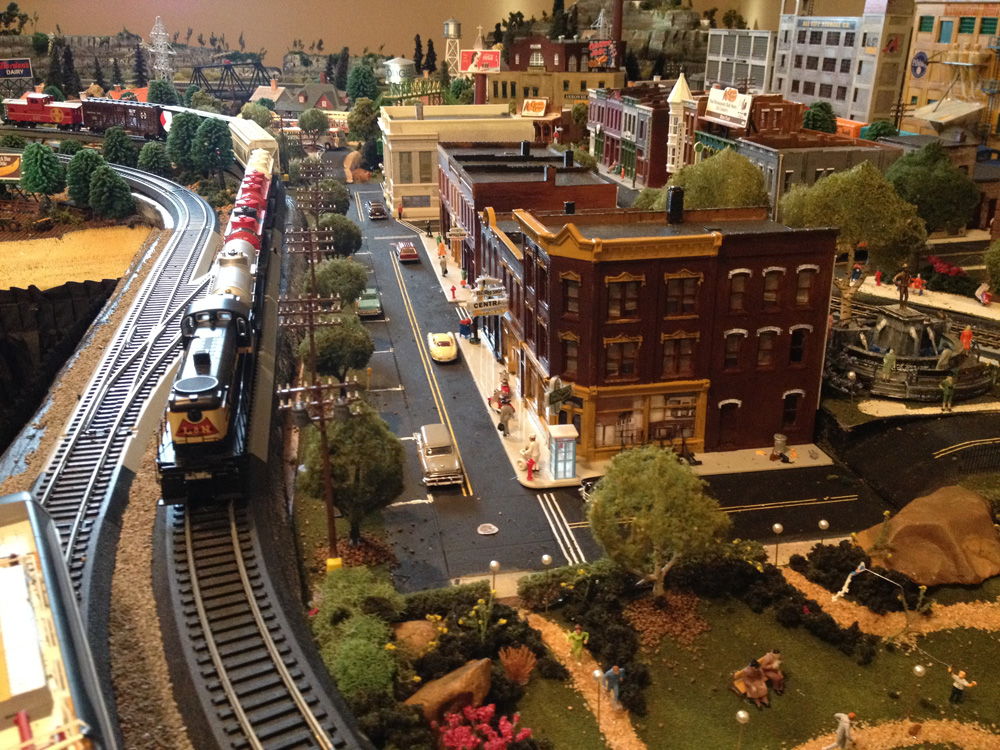 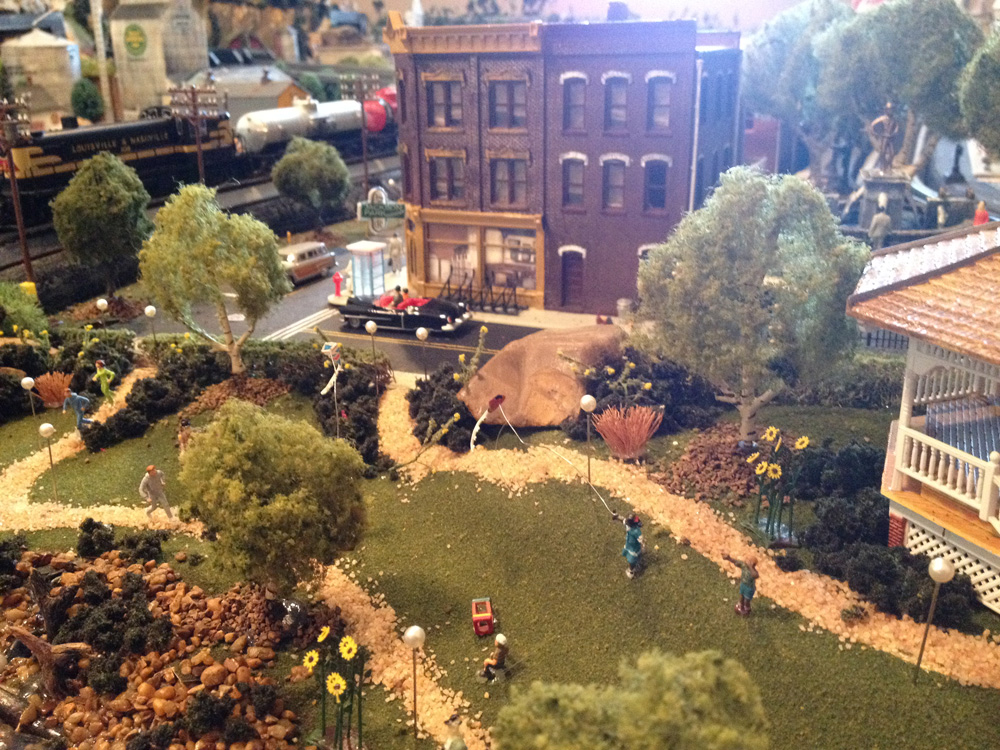 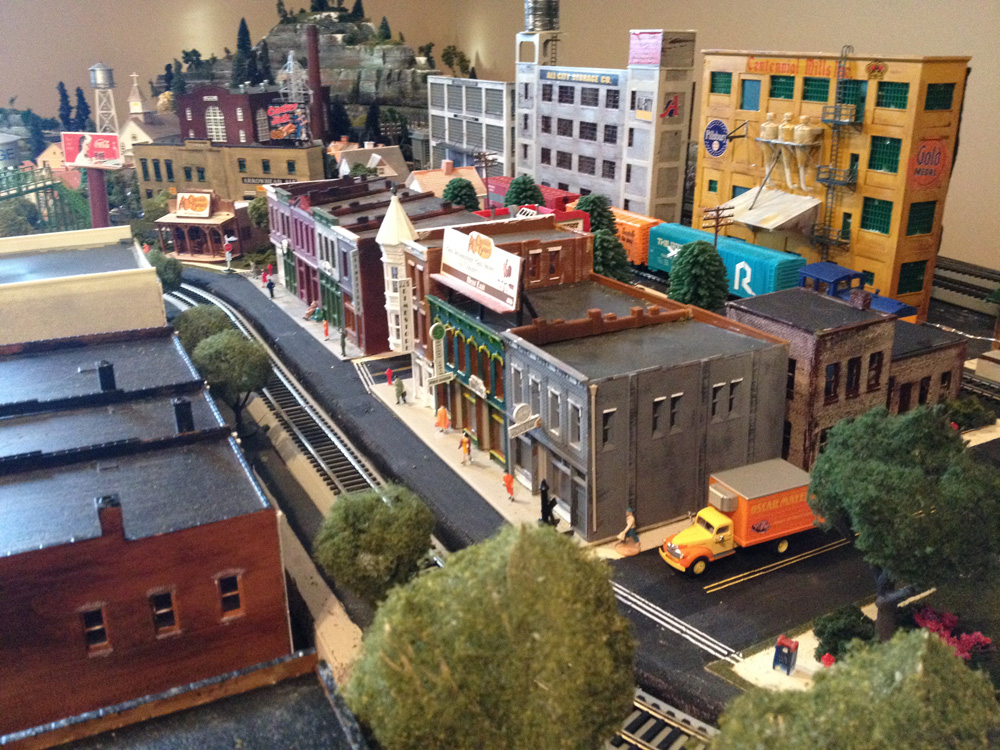 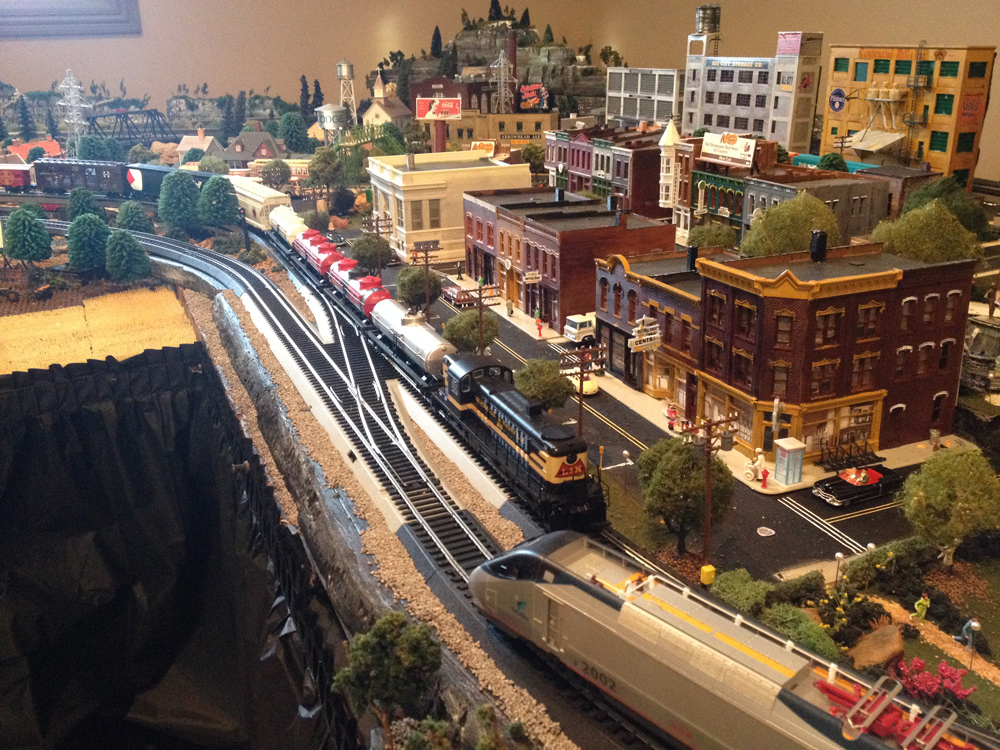 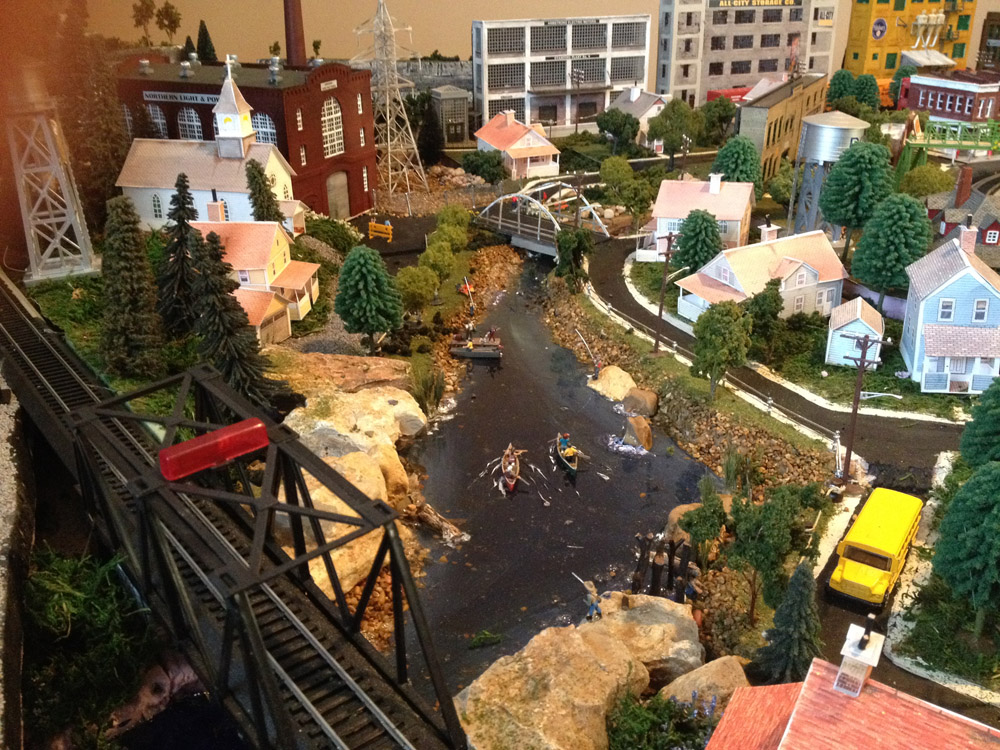 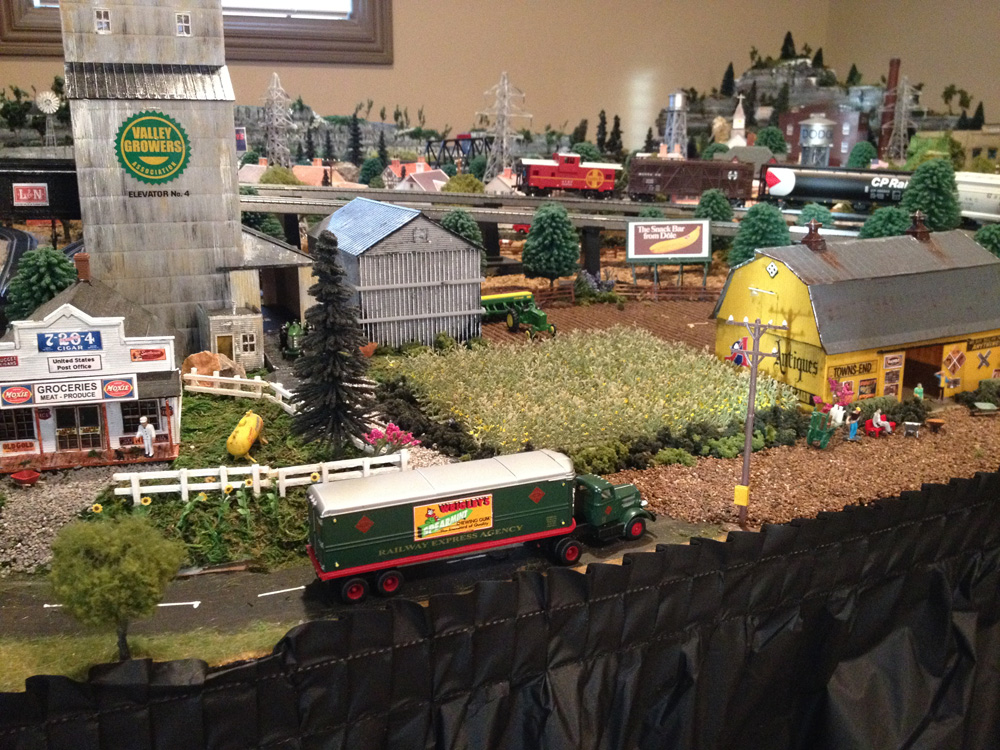 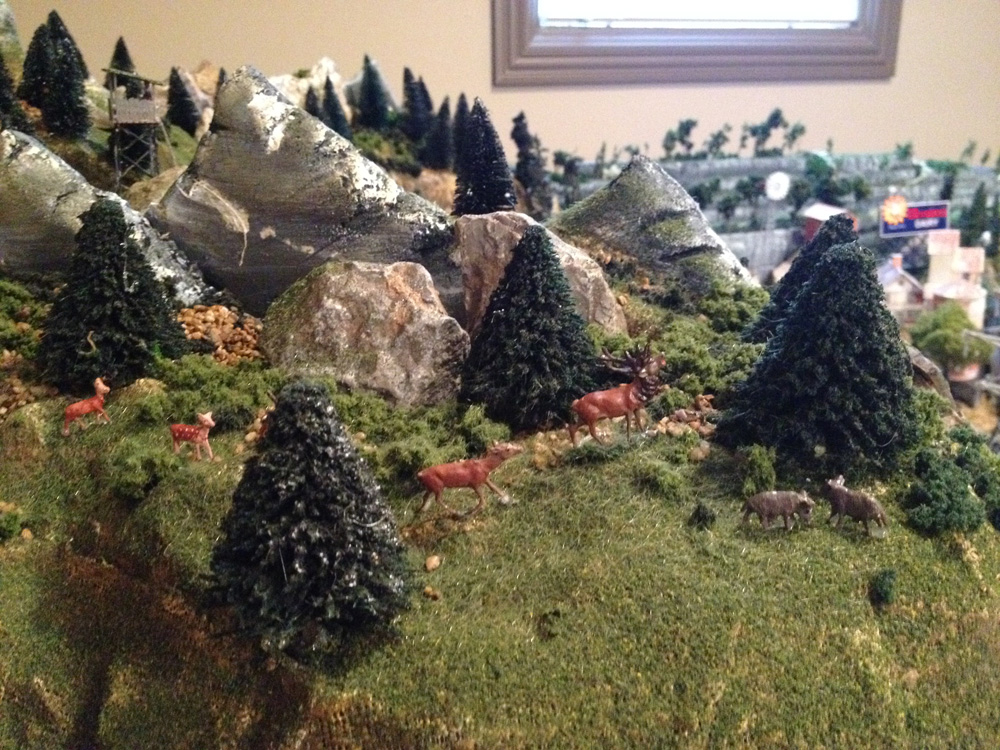 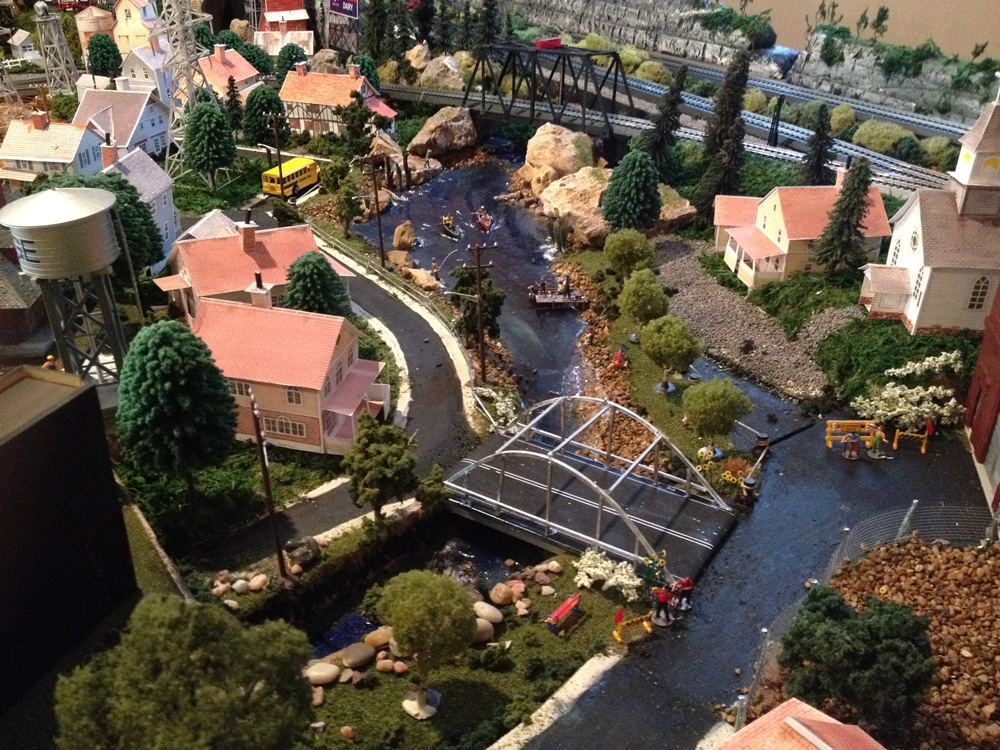 And now more from Arnie:

While you were working on the update of the blog, I was working on a new video. I think it will go well on the new blog though it’s a bit unusual for the time of the year.

That is, it’s a video on my newest steam locomotive acquisition – the Berkshire #1225 which was built in 1941 and is still in mainline excursion service. Despite it’s being well known as an excursion train, it came into renown when it was used as the prototype for the steam locomotive in the Warner Bros. animated hit movie, “The Polar Express.”

I hope you and the readers will find the video as enjoyable as I did in making it.

Thanks again for all your hard work on the new blog and my inclusion in your Hall of Fame.

Well, what can I say, other than it should be me thanking Arnie for all his contributions and expert advice over the years (particularly so with this).