As you’re always saying, you love an update, so here’s my latest one.

It’s been about nine months since my last one, so hopefully you’ll see quite a bit of progress.

Actually, I’m at a bit of an hiatus at the moment as I have a mysterious short which I can’t find, even with the help of an expert from my local club. Anyway, we press on!

Just to remind you, when finished, there will be 1000ft of track in a 22’x20’ room. I’ve had to do a lot of the scenery which I wasn’t originally intending to do until much later in the construction but as I’ve gone along, I’ve realised that quite a lot has to be done before I lay more track as the scenery & track are sometimes inter-dependant & some I won’t be able to reach later.

Talking of which, in order to get to the far corners for derailments etc. (& I remember one of your other readers commenting on this difficulty), I have constructed a right angle ladder that will self support when pushed against the wall & will allow me to reach those far off places.

As well as the video, I have attached a few photos taken from a oo gauge man’s eye view! I hope you enjoy them.

On my cancer front, things aren’t so good, as the immunotherapy has stopped working & the next pill they gave me didn’t work at all, so we are now on plan D. However, I will continue fighting & the knowledge that I have to finish the railway, which is probably another three years work, is a powerful incentive & focus.

Still really enjoying all your blogs & look forward to seeing them in my in-box; keep up the great work. 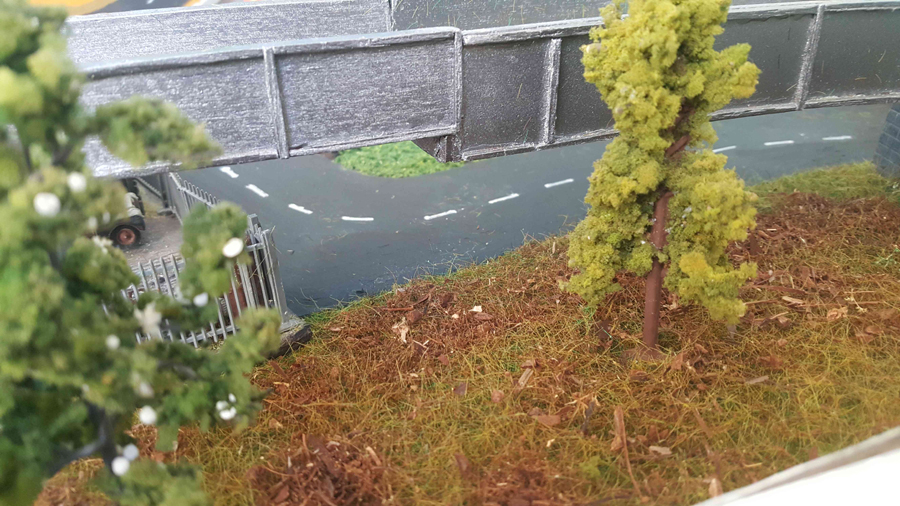 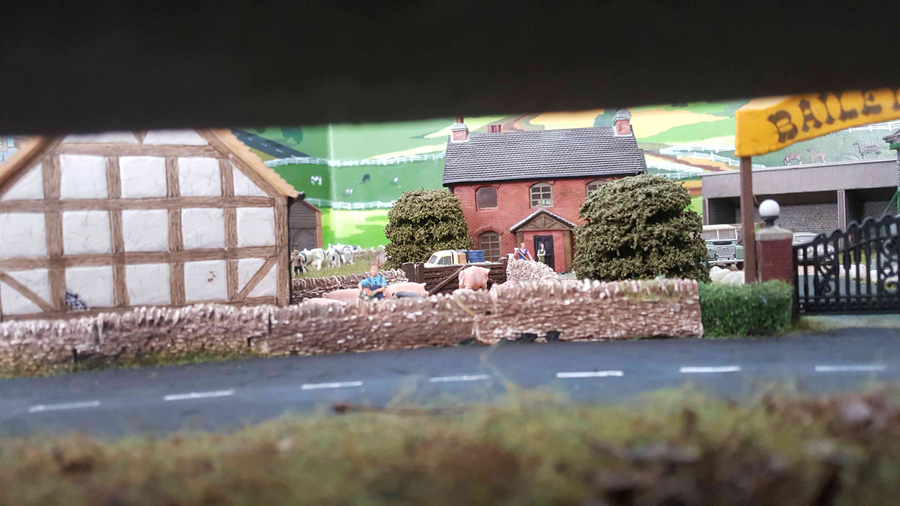 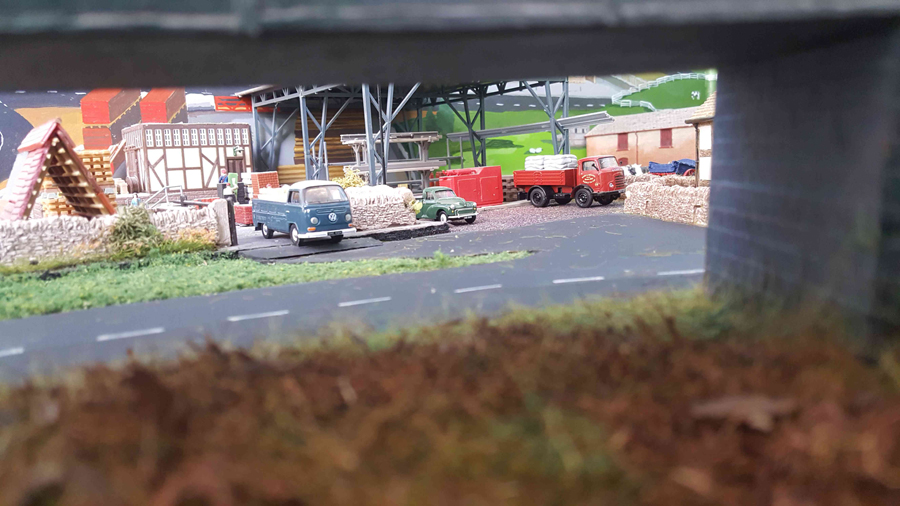 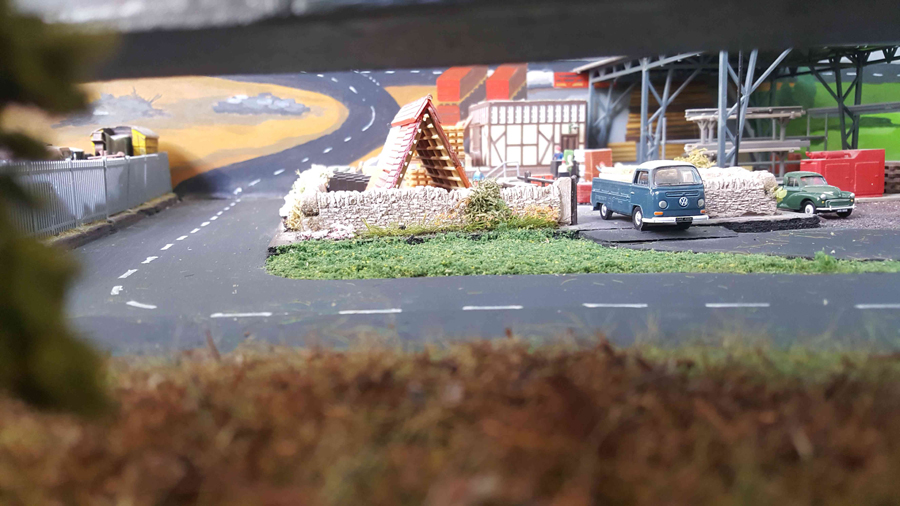 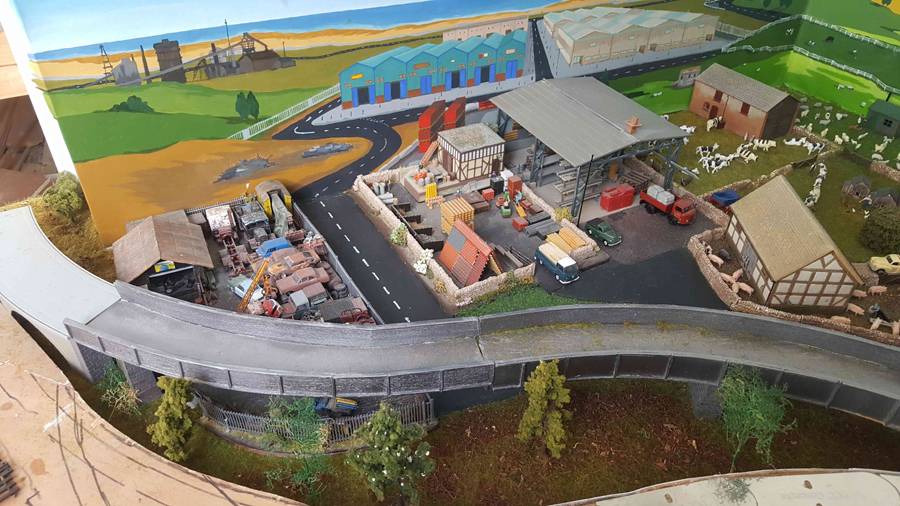 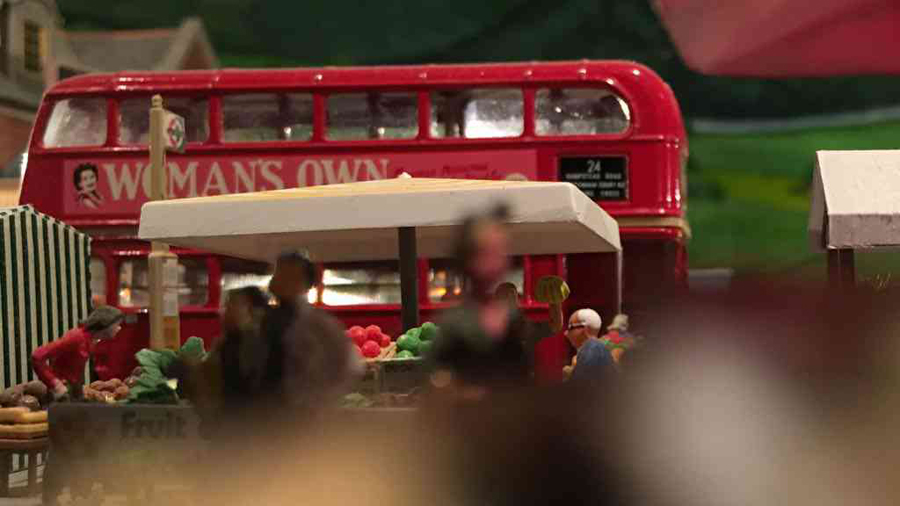 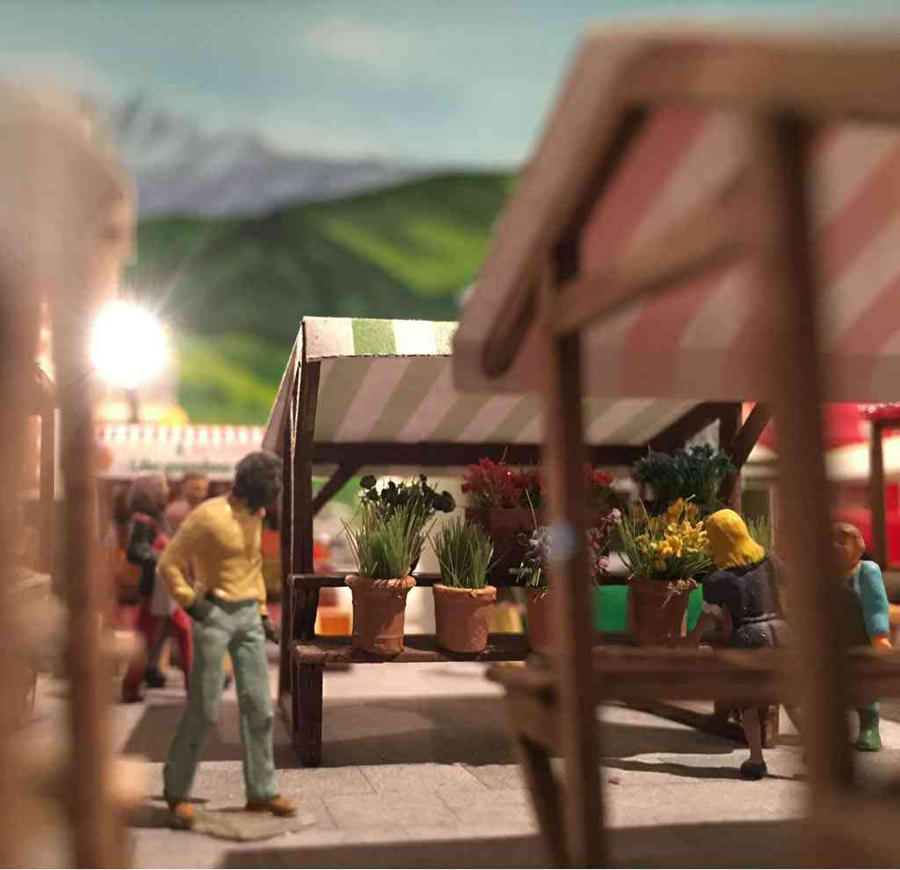 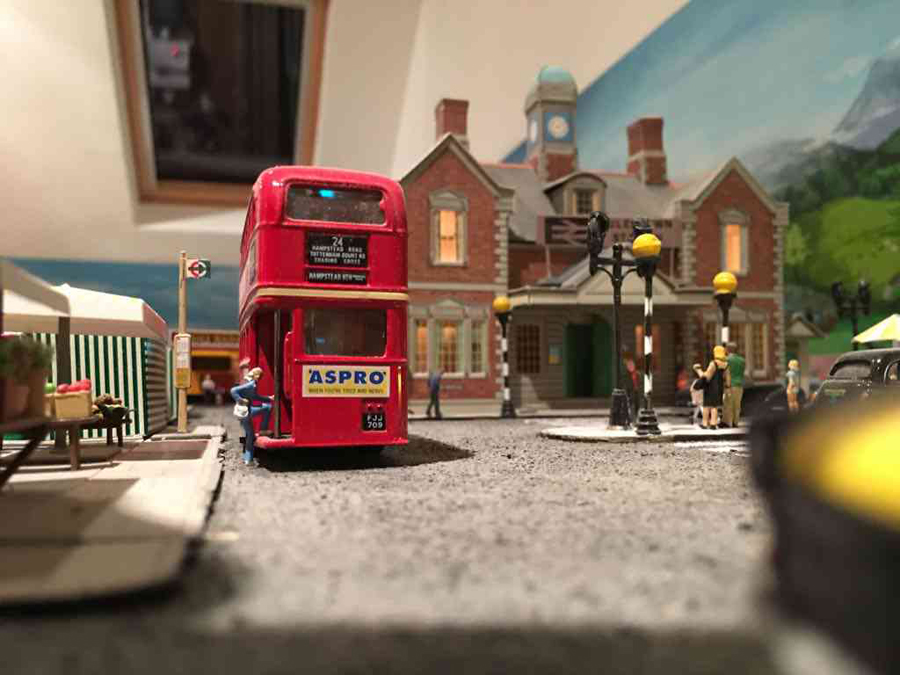 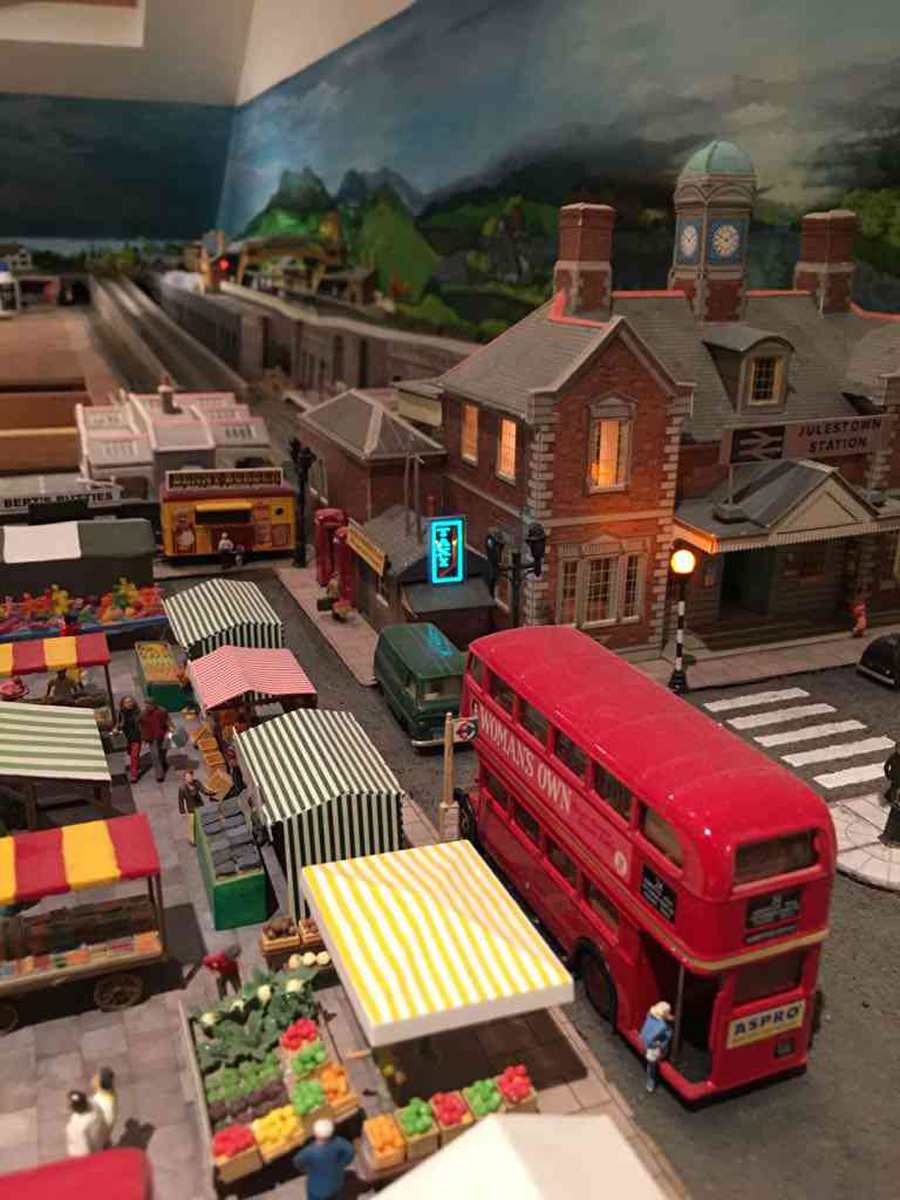 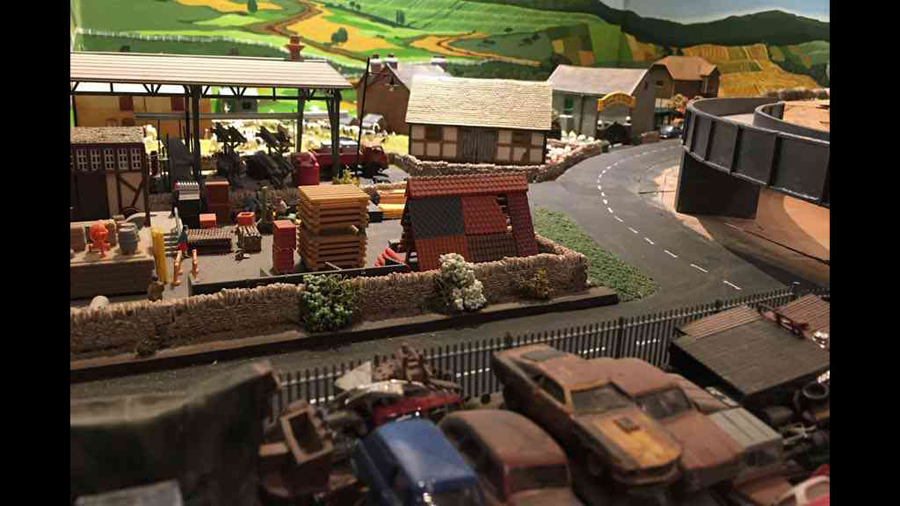 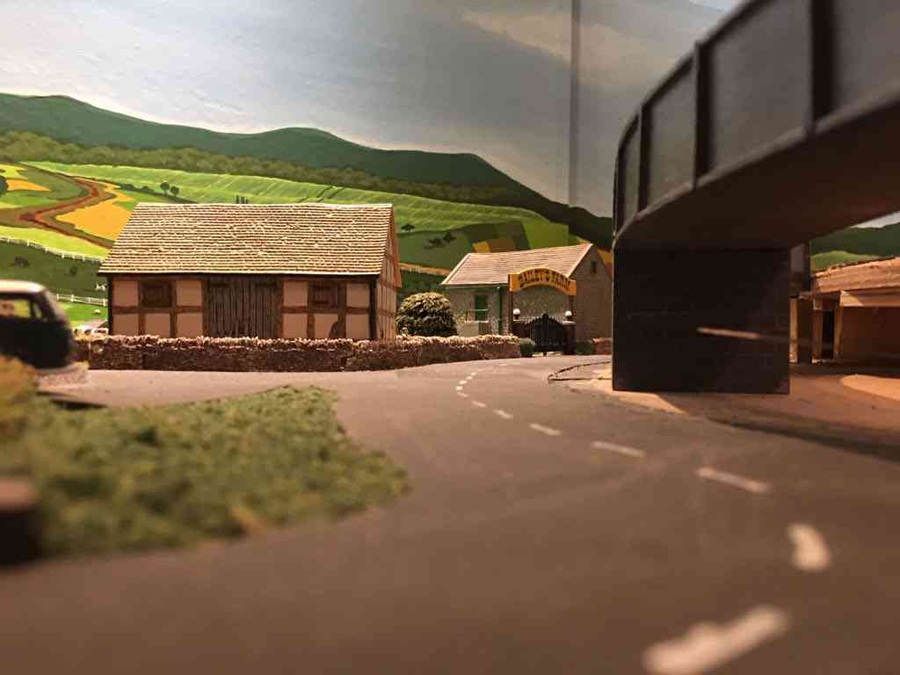 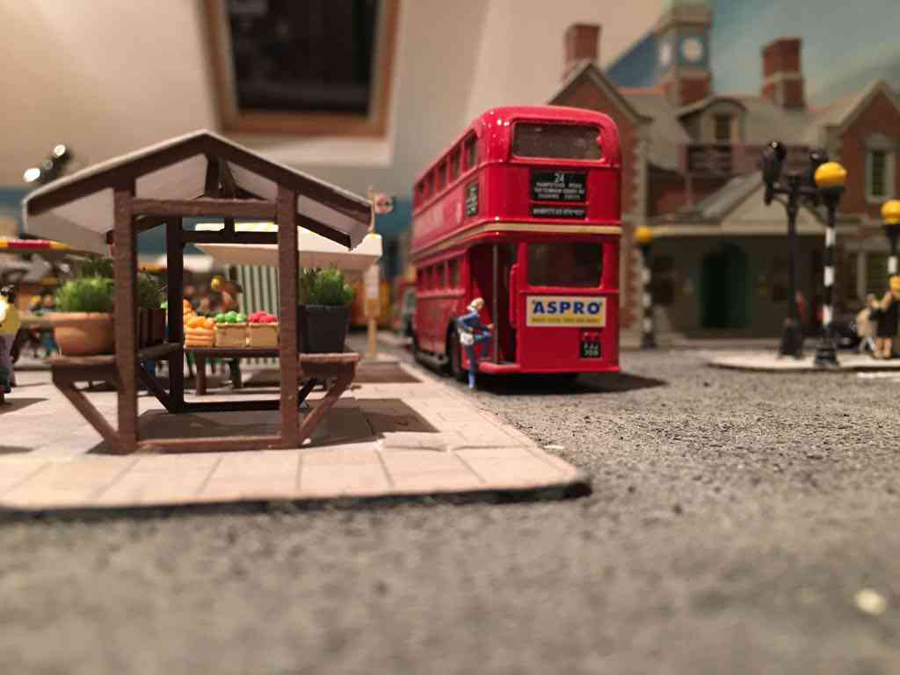 A huge thanks to Mike for taking the time for this update, and I wish him well and I’m really looking forward to see him finish his layout.

Which reminds me – some of you may remember Barry from Minnesota. He made this stunning layout.

Well, he’s been through a lot too recently. But he’s picked himself up and brushed the dust off and he’ll soon be making another stunner. Can’t wait.

Now on to a bit of housekeeping…

A few days ago some of Peter’s layout pictures upset a few of you.

His layout has a ‘bath house’. And frankly it is a bath house of quite a racy nature. There was no intention to offend and if it did, apologies – but I stand by my decision to publish it: I love seeing what folk are up to, what scenes they model, themes, era… you get the idea.

Last weekend I had a ‘Royal wedding’ sale, and this mail from Russ pretty much summed it up for my readers on one side of the Atlantic:

Simple mathematics will show you that we, on this side of the pond must arise at 4:00 am to witness this event as it is unfolding. The re-runs will be on TV for the next month so I’ll catch up with it then.

In your defense, I must say you do pomp and ceremony well.

I then had some mails – quite rightly – asking why the sale had already ended.

So here you go, for this weekend, and this weekend only, you can grab the Beginner’s Guide for just $9.

Now the apologies are out of the way, it’ll be business as usual next time.