I have aother blast from the past today:

Do you remember – how can we forget – the fantastic railroad Duncan made on a construction hat?

Well, if you have, jog your memory here.

And then marvel at Duncan’s latest creation.

It would look better on a wooden seat but I stuck to the scrap I had. There is a fish on the end of the fisherman’s line under the “water”.

The water is several sheets of old acetate A4 projector film glued together and the shark and sunken ship are placed underneath.

The loco is an old runner, and the coach made from some scrap attempts at scratch building. I enjoy your emails, very useful. D/” 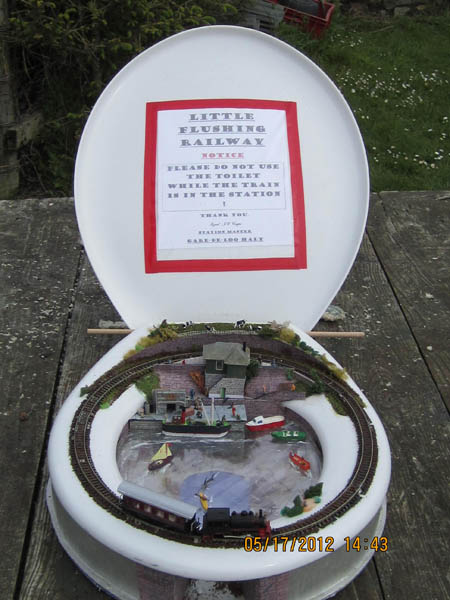 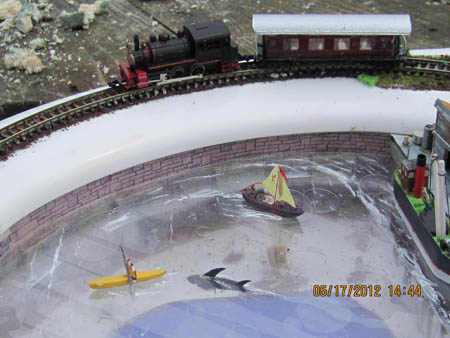 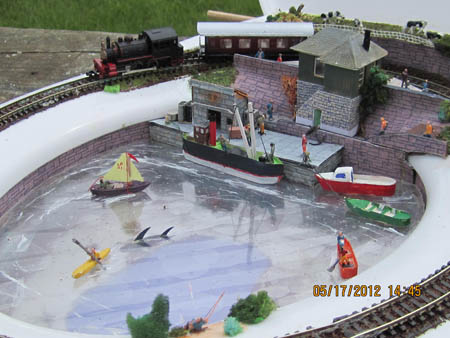 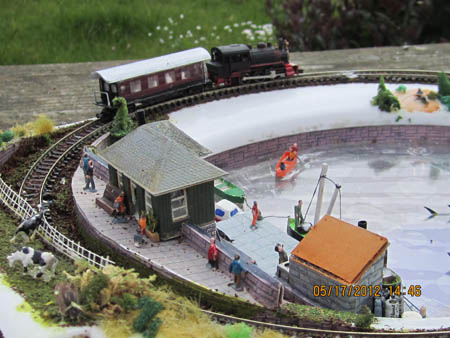 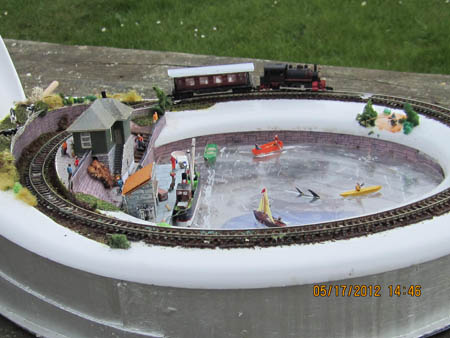 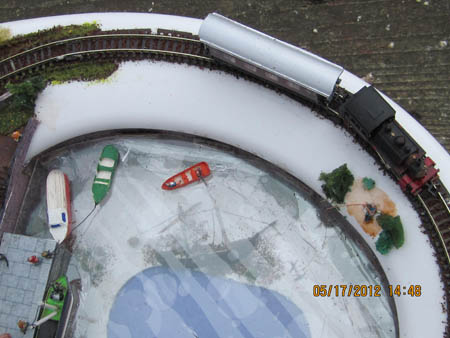 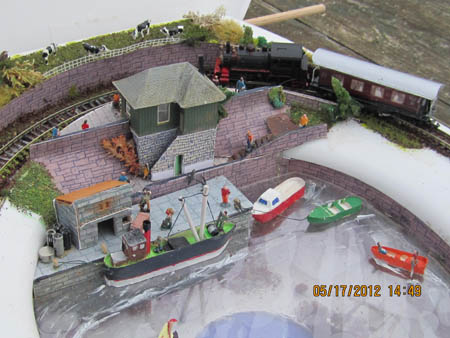 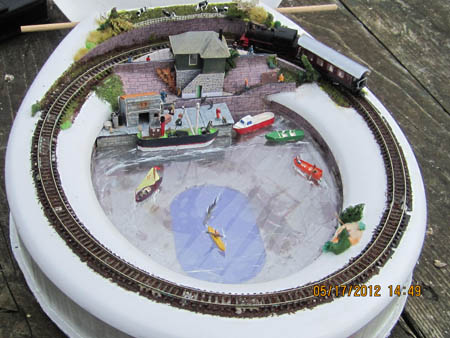 A normal service next time -promise – I have some wonderful tips and a just brilliant ‘how to’.

Have a look how the ‘ebay cheat sheet‘ has changed too.

PS Please do leave a comment below and let us know what you thought of ‘Little Flushing’.