John’s been in touch with his model train shelf layout which he made in a day! (Well, nearly.)

Yesterday I decided to build a layout, a budget micro layout that I call “No Excuses”.

I began at 8:50 in the morning and was running a locomotive on it before noon.

At 7:00 pm I was getting tired and still had two more things to do to it before I would say “It is finished”.

I am now working on the last couple of structures and may build an extra.

One response especially tickled me, the responder said that I had built more in one day than he had in almost 60 years 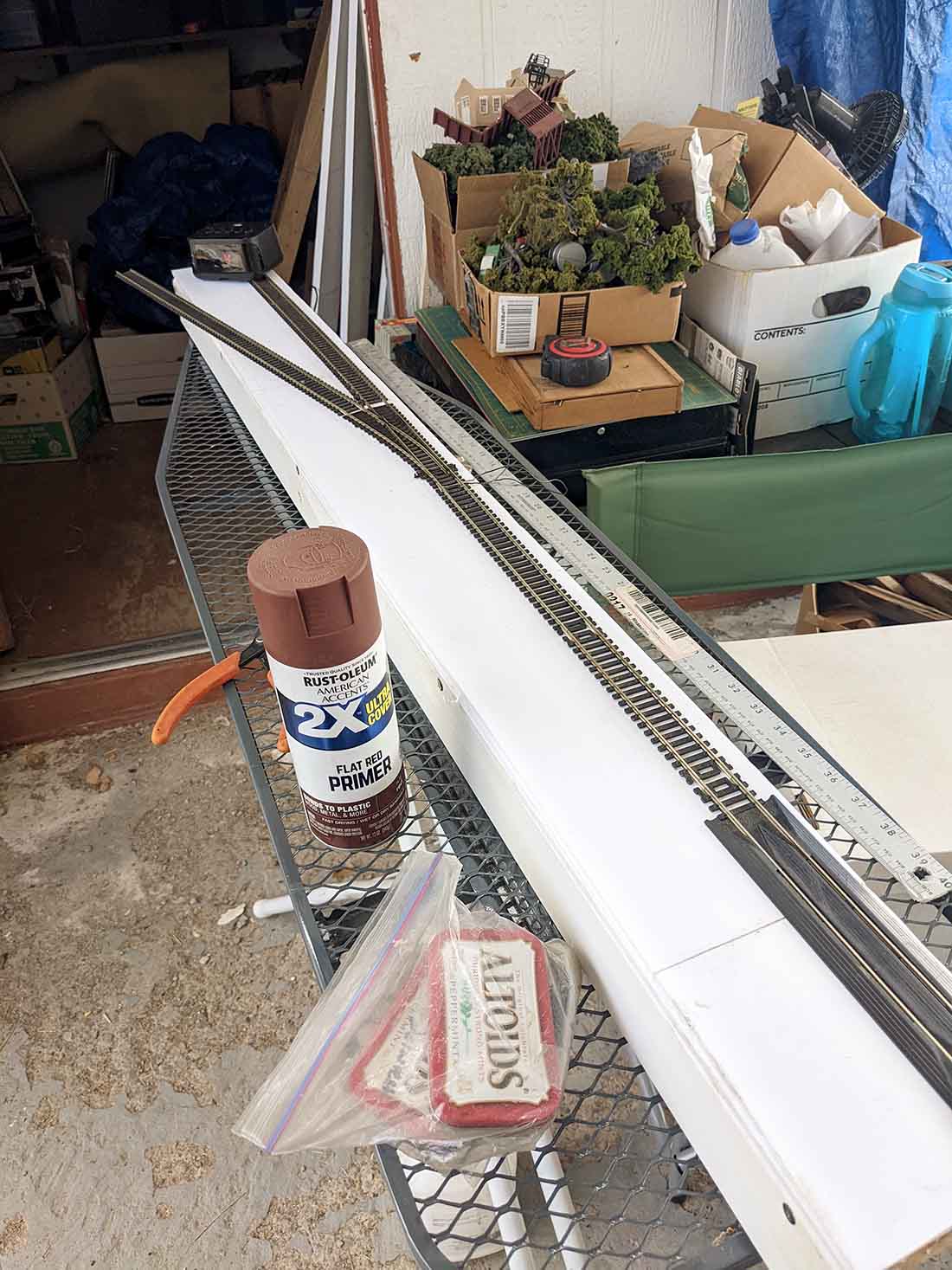 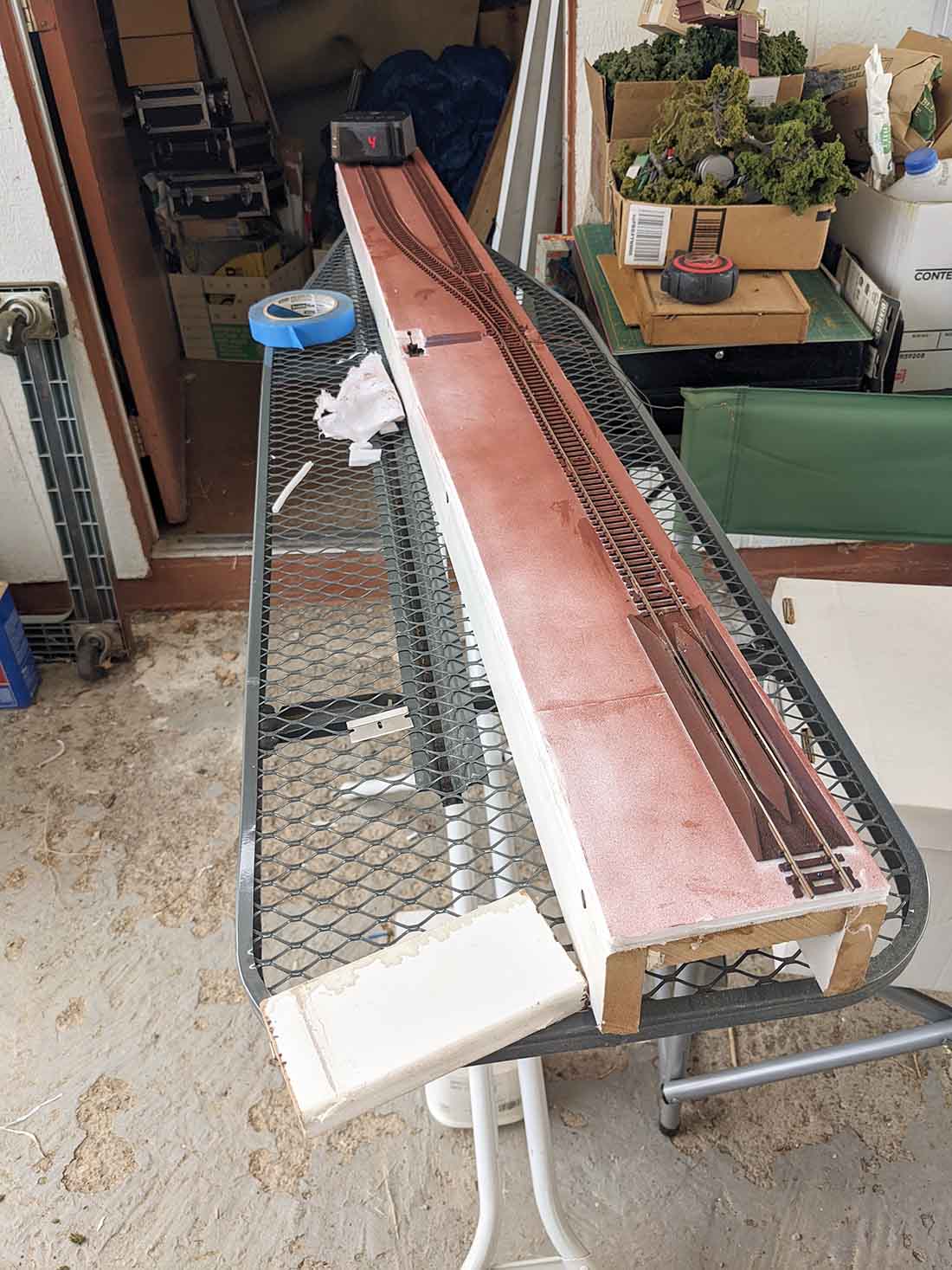 The second hour of work.

This type of micro layout is generally known as a tuning fork. Inexpensive to build and a great little shunting puzzle. 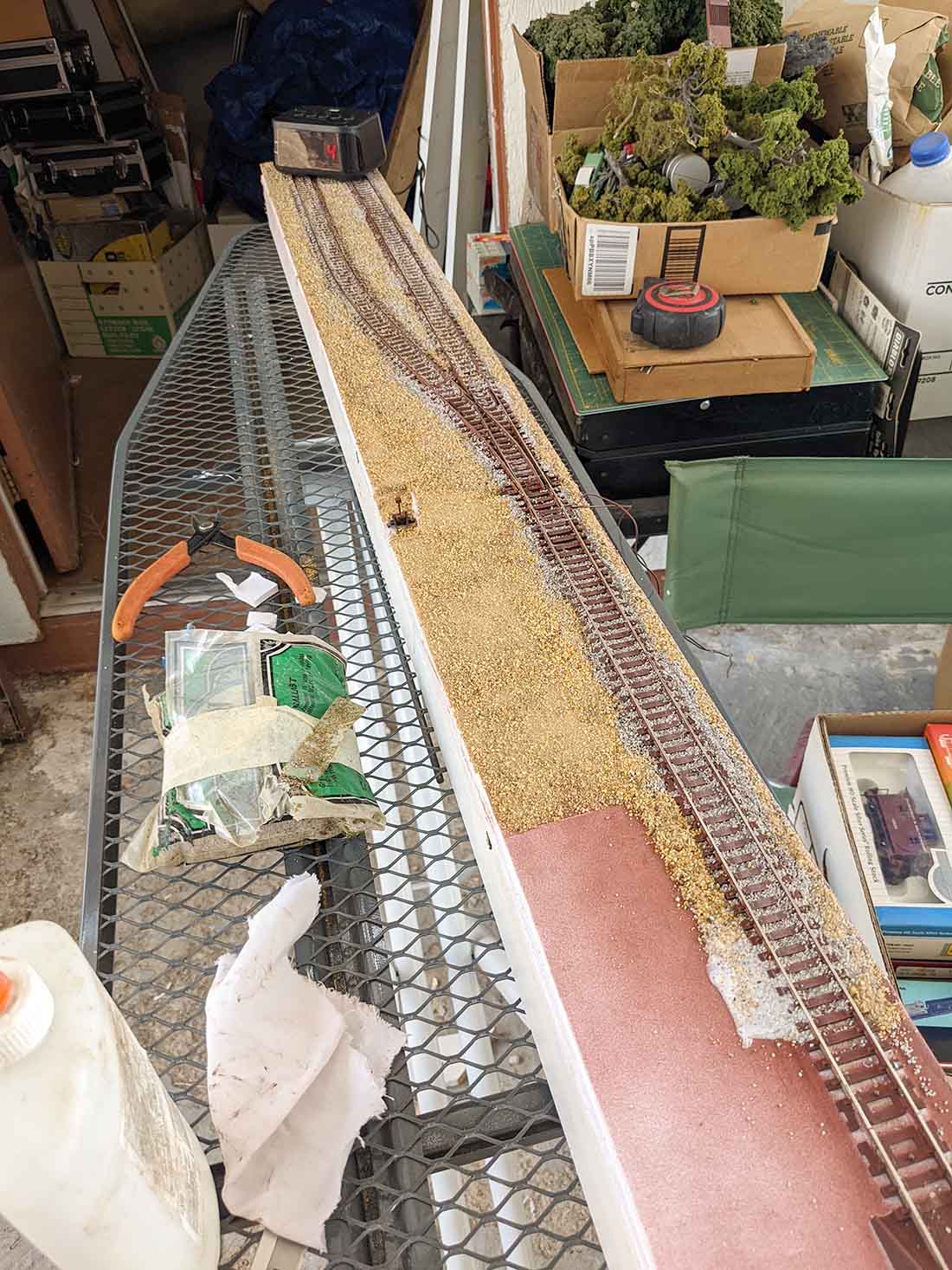 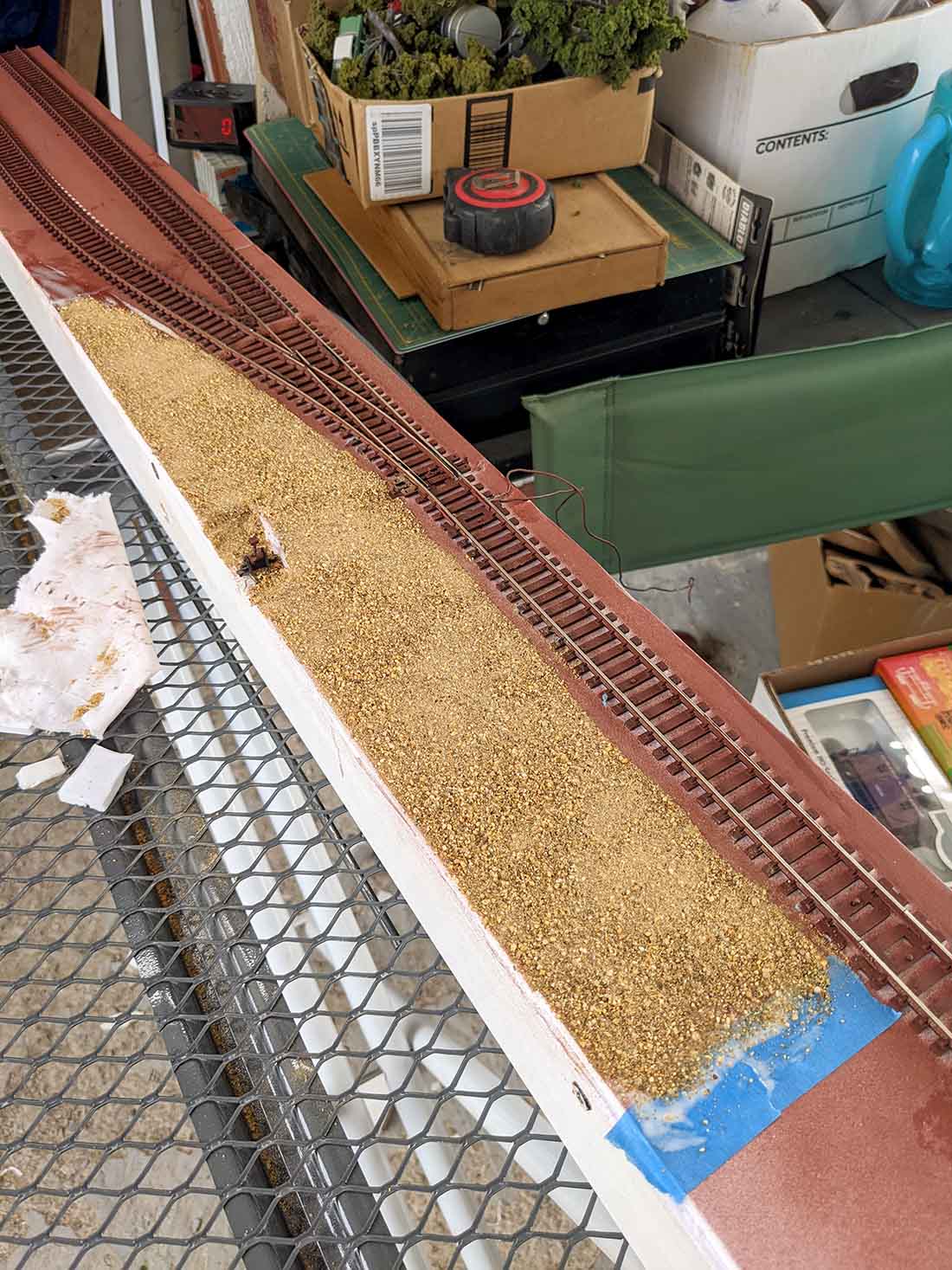 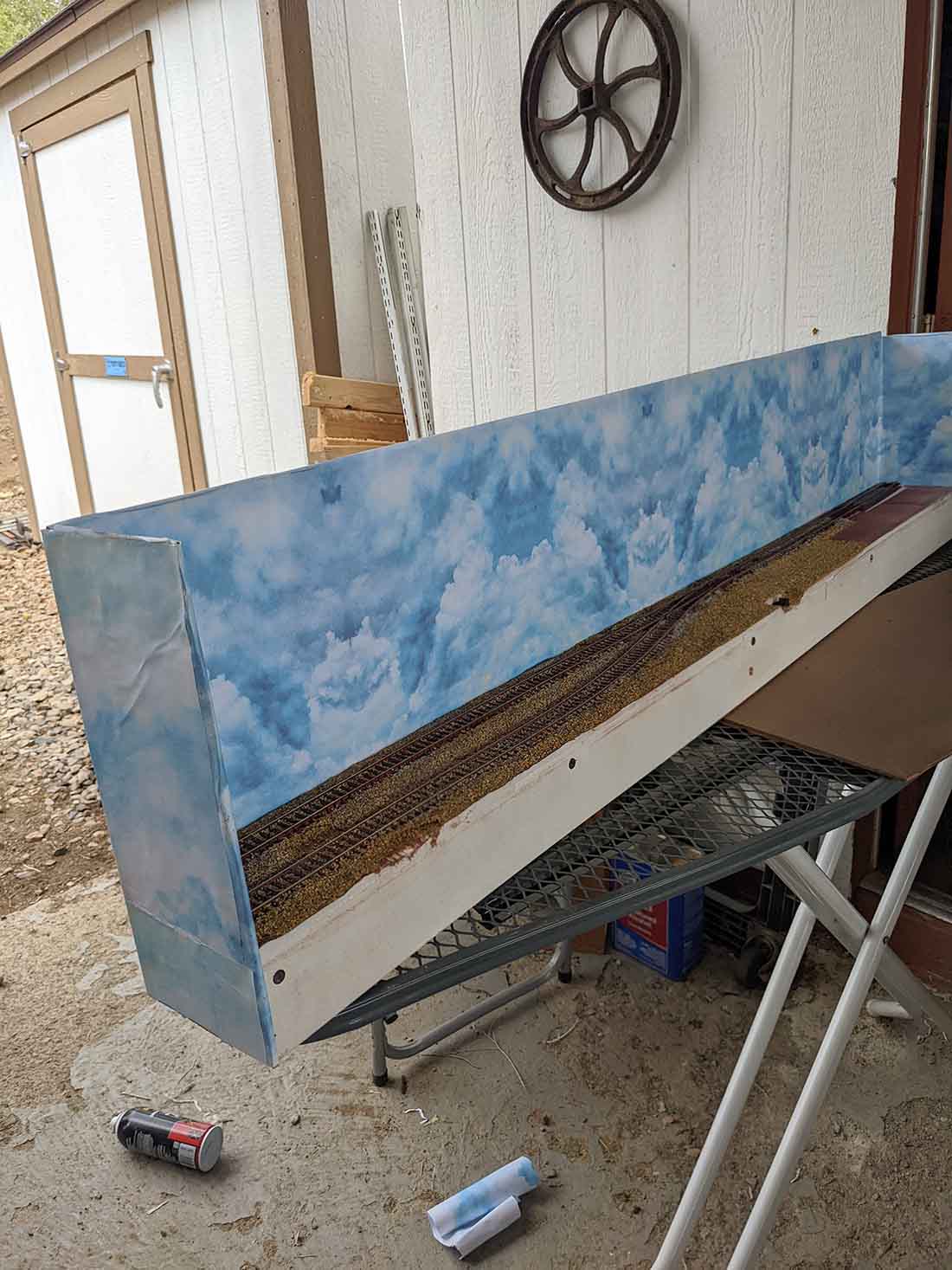 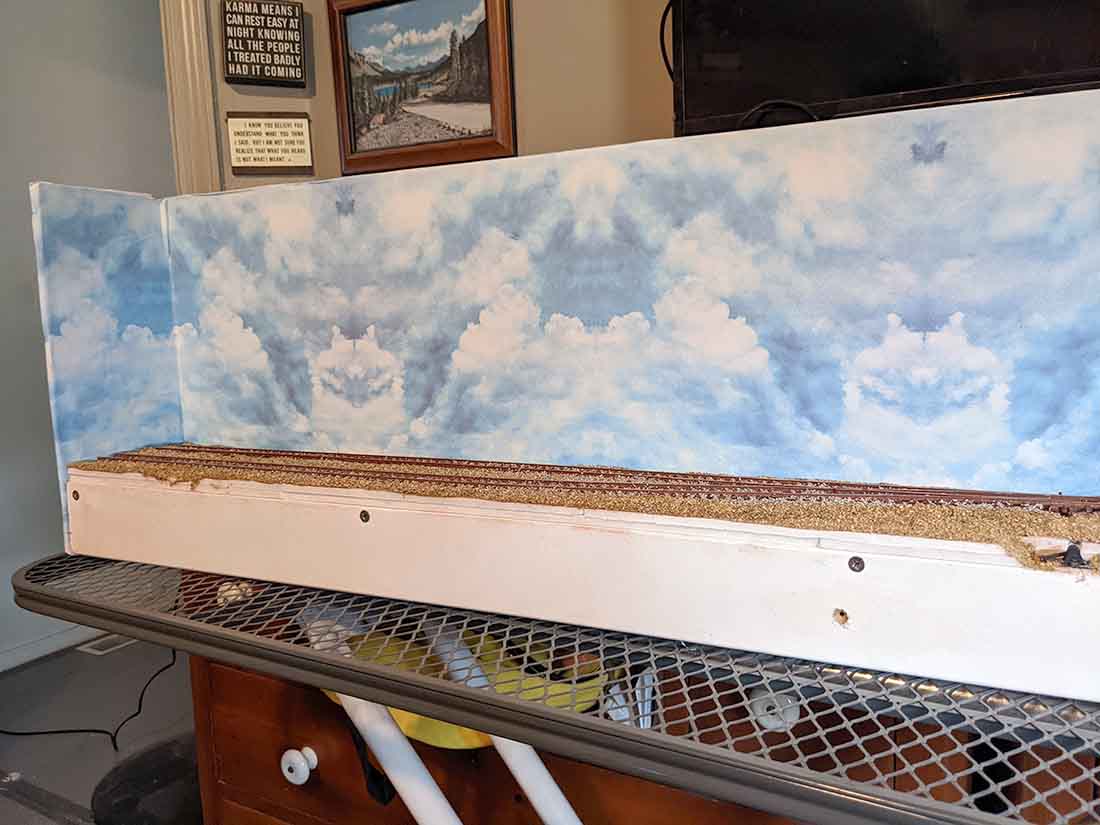 It took me two hours to get the backscene squared away. This is wrapping paper glued to Masonite hardboard.

At this point I had four hours into the project.

Because my layout is extremely narrow, all the structures needed to be flats.

You may recognize some of them. Some were fully scratched from card. Most took about an hour to “get right”. 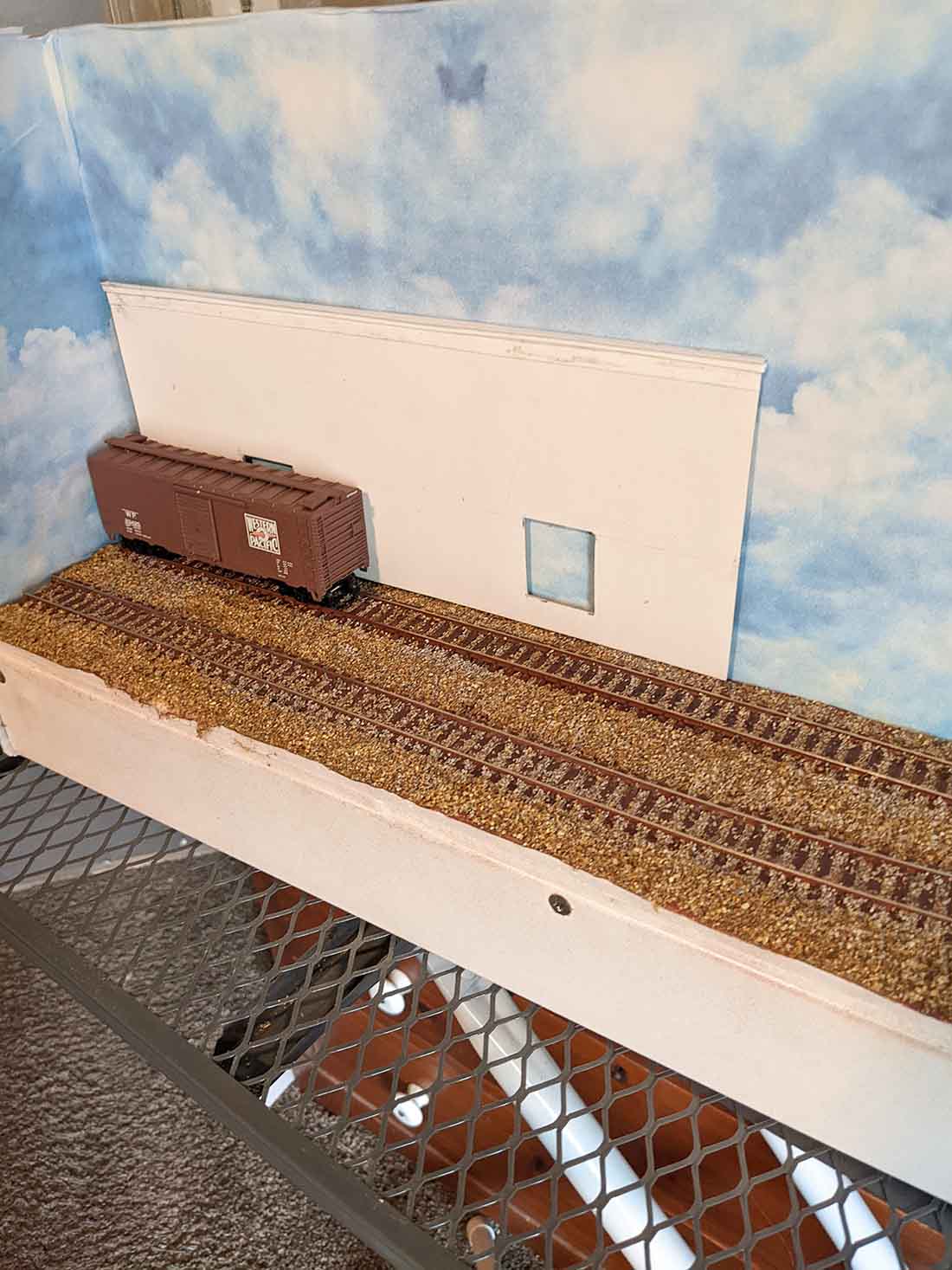 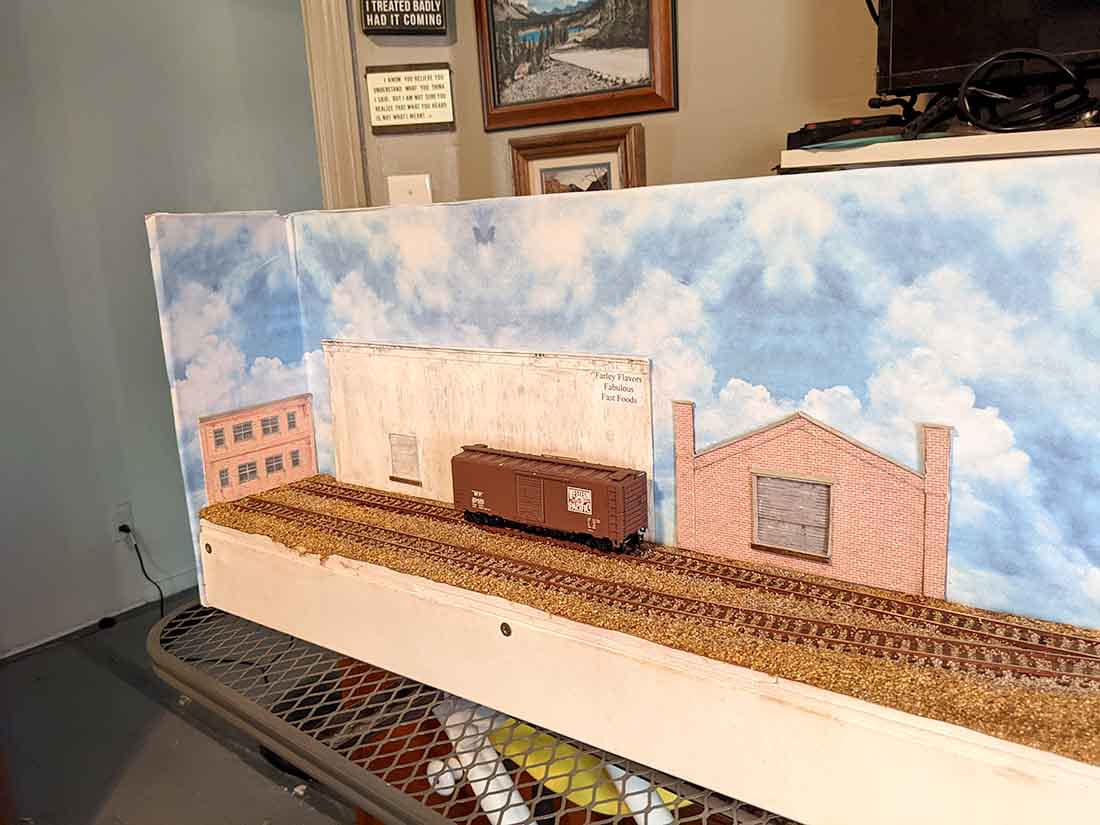 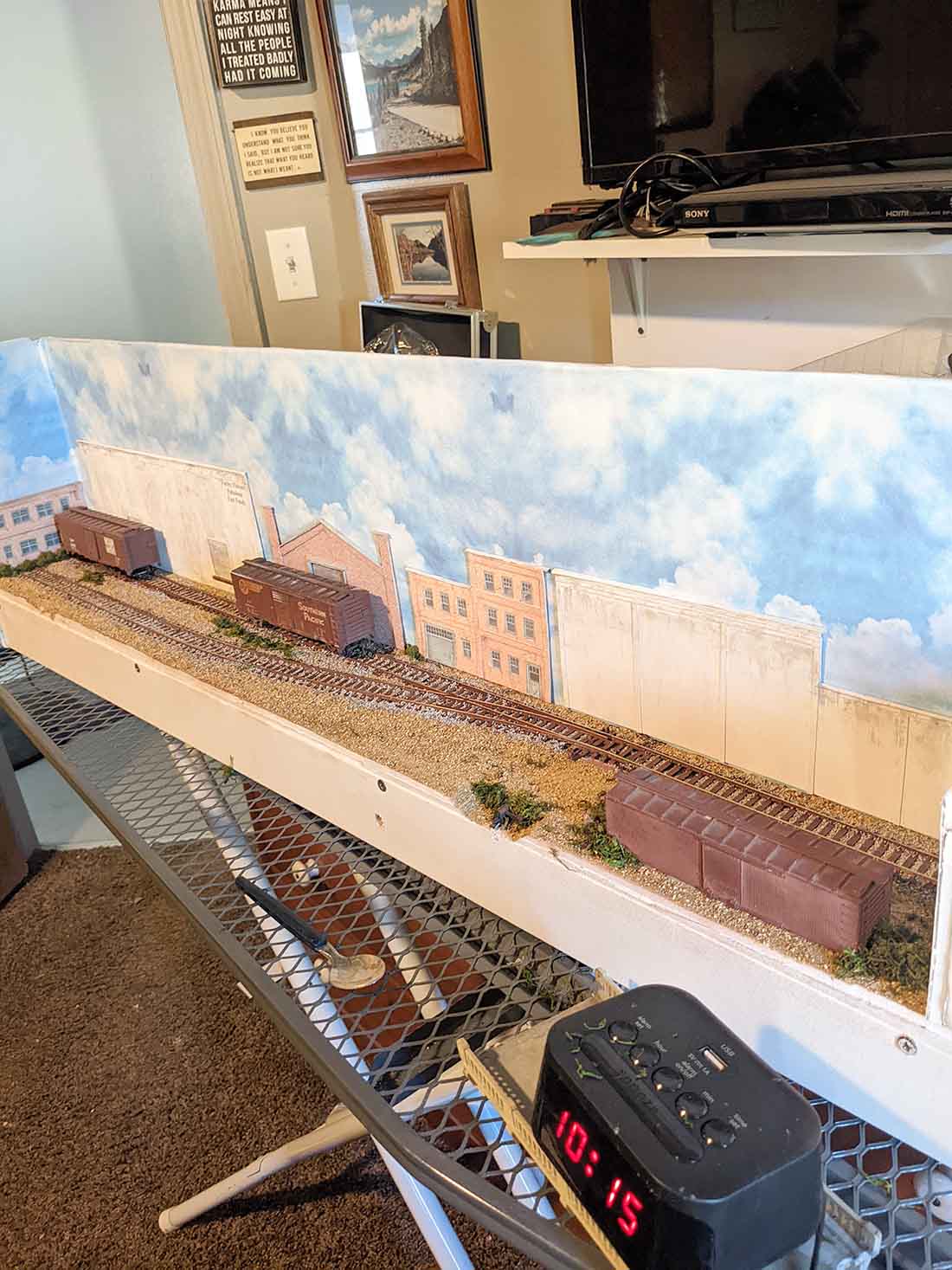 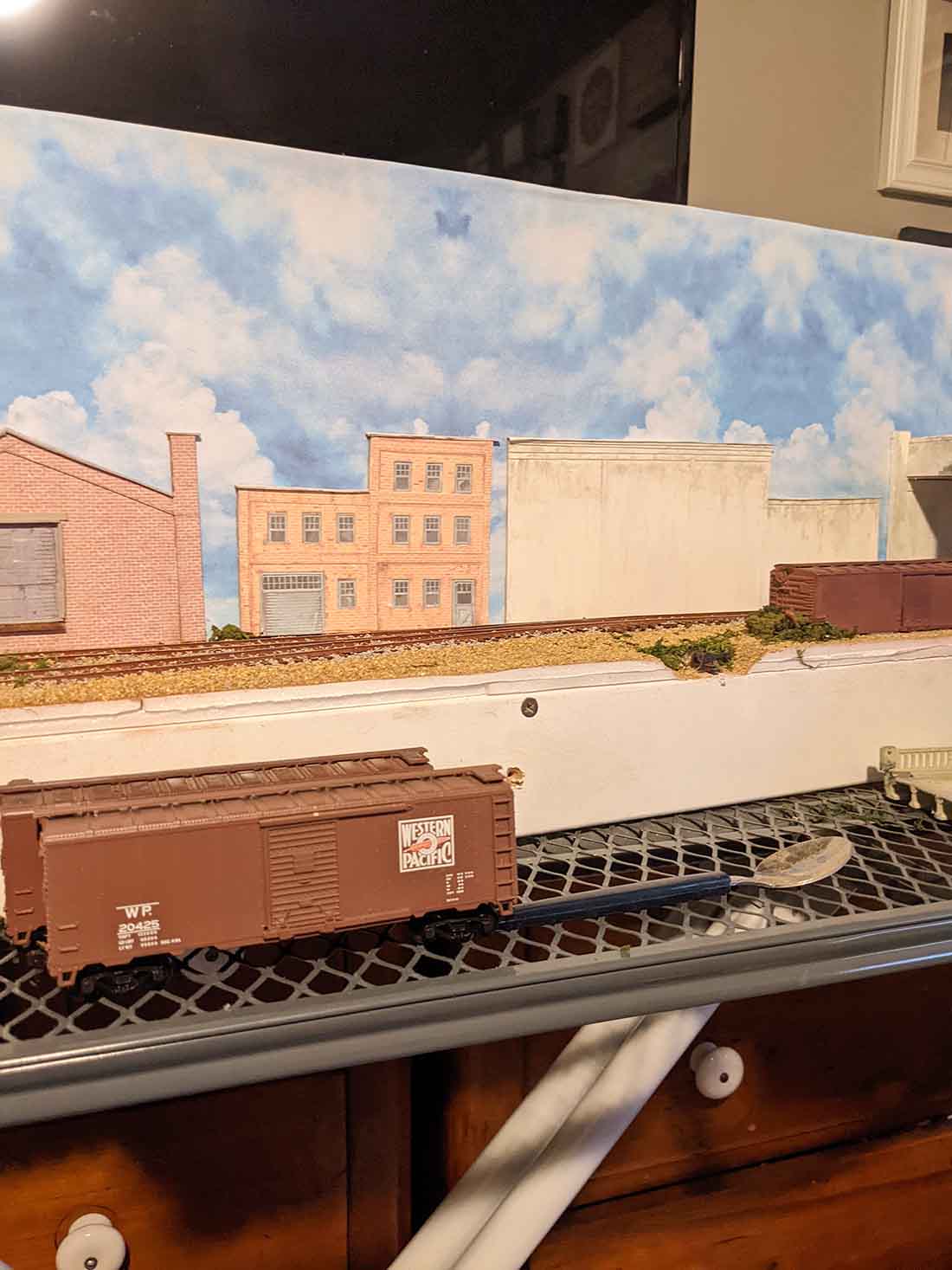 This bridge was the most labor (labour?) intensive part of the project, four hours! 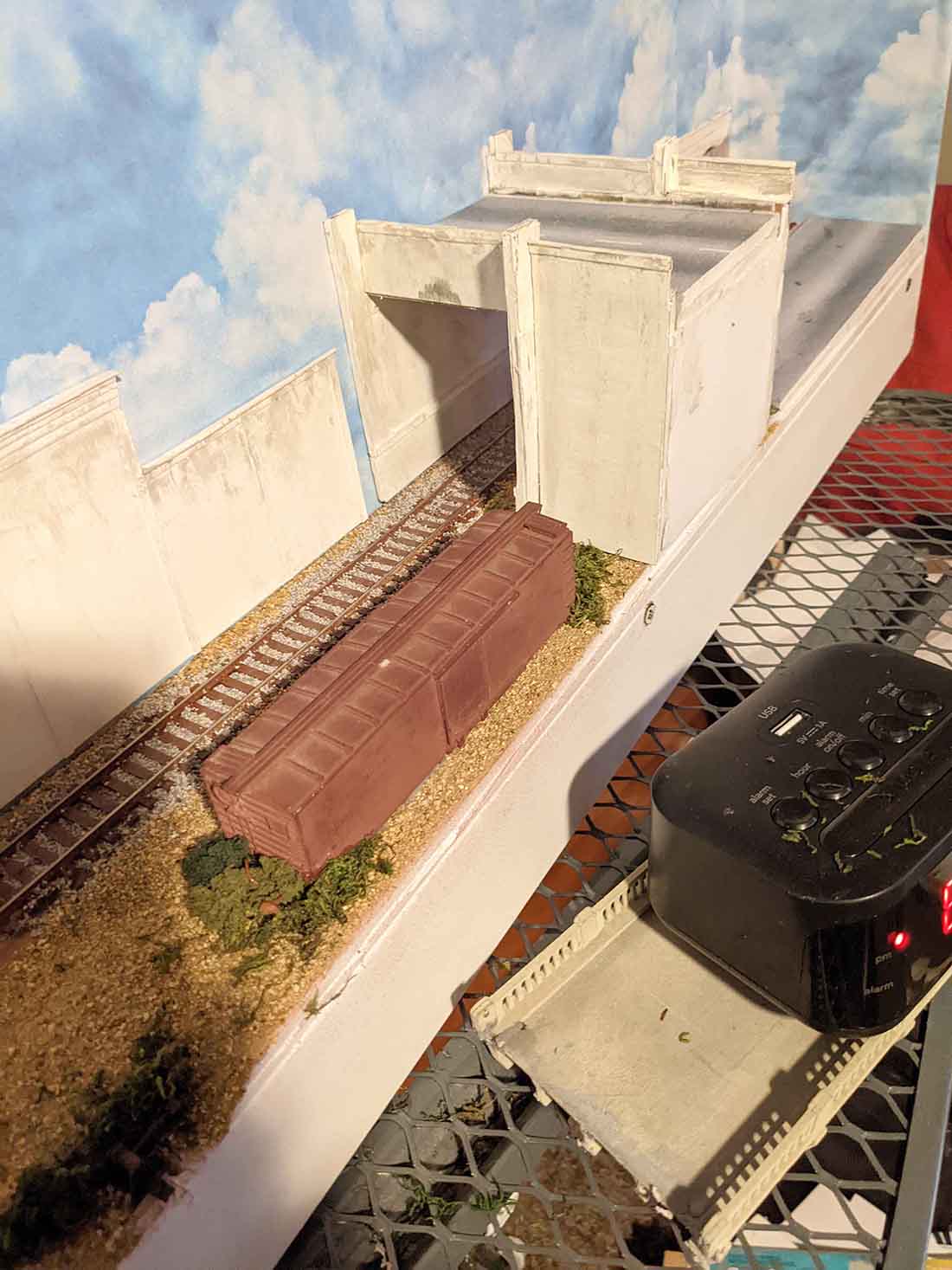 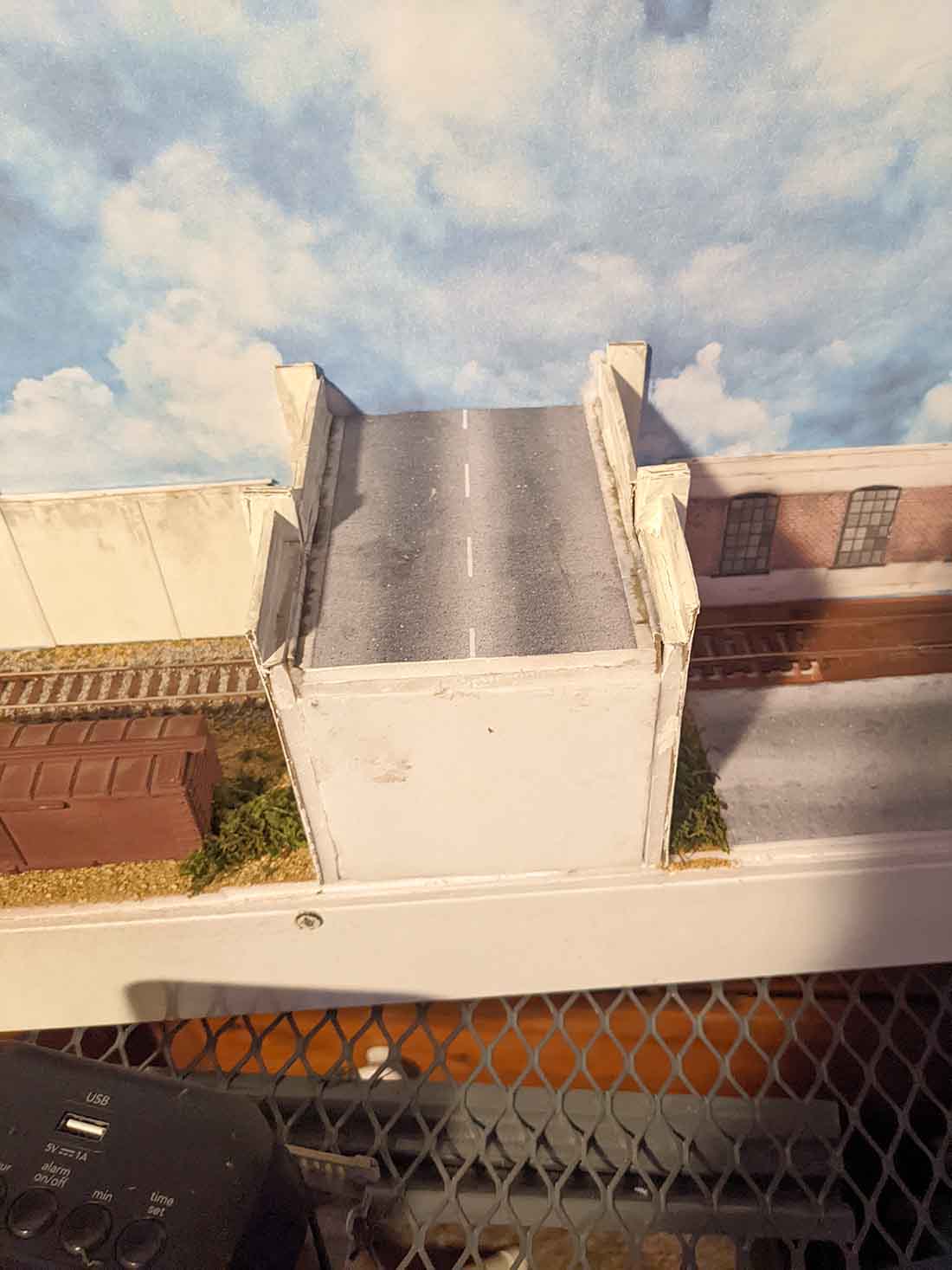 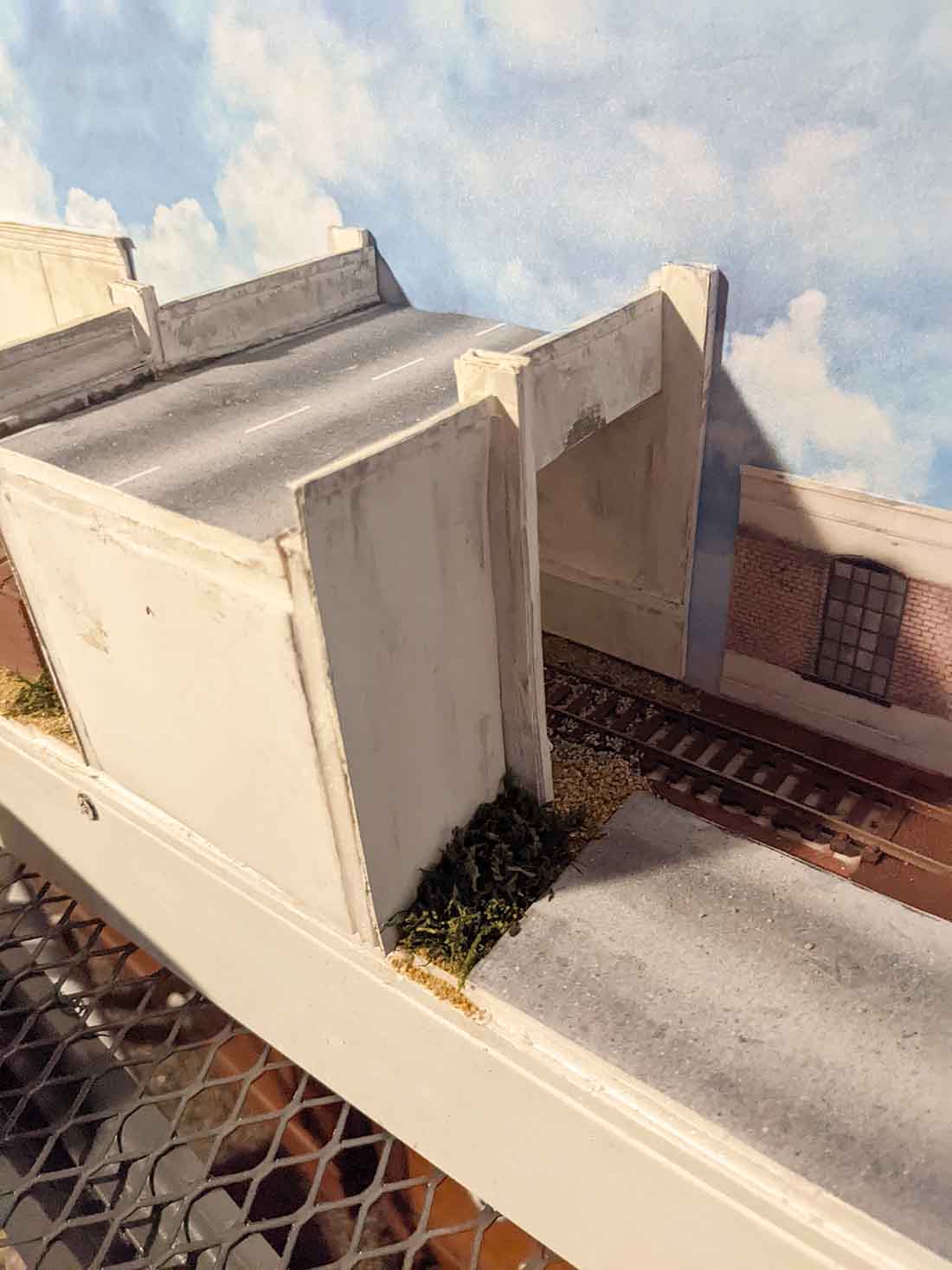 Looking at the layout this morning, two days after I started, I decided to add scenery to the fiddle area. 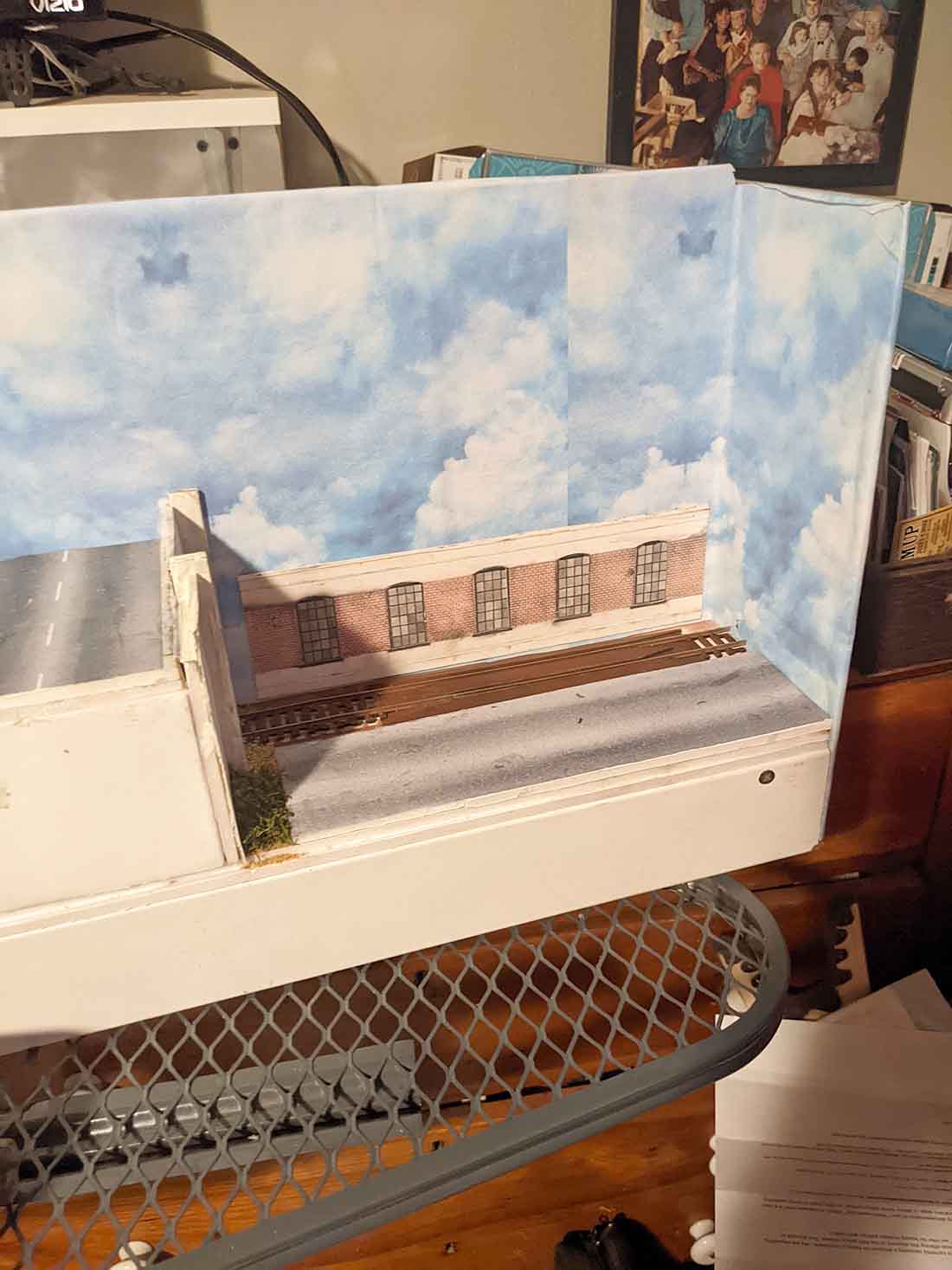 There are a few other details that I would like to “finish” like maybe adding some fascia but the project is essentially done.

If one has never built any kind of model railroad I hope that this might inspire them to make a start.

A huge big thank you to John for sharing his model train shelf layout. I do like it when I see any of the printable buildings on a layout.

Another one that springs to mind is, John from Canada’s shelf layout.

You all probably know what I’m going to say – this hobby is all about making a start, and what a way to dip your toe into the water.

If it’s been a few decades since you’ve played with trains, why not try a simple layout like John’s? Then just throw in the some scenery if you find yourself having fun.

A layout hasn’t got to be the size of the room you’re in, and it doesn’t have to consume every waking hour either. But in the same light, it’s nice to have one when you have the urge to lose yourself for a few hours.

Of course I’m biased, but when something makes you lose track of time, it’s something you should pursue. Because when time stops, and you find yourself wishing there was a few more hours in the evening so you could carry on, you’re on to good thing.

I suspect most people who potter on their layouts experience the same – time just disappears. And as we all know, this only happens when you’re having fun.

And if today is the day you decide to see how much fun you can have, the Beginner’s Guide is here.