More from Jim on his stunning HO layout

Jim’s been back in touch – his last post is here.

Jim from CB back again with Part #6 of my model railroad layout.

In my last posting, there was a comment that it was lucky that the door to the layout room opened outwards instead of the usual inwards.

Well, it wasn’t really lucky, because, even before I started the layout, I realized that I would have to re-hang the door so it would open outwardly & afford me the extra space that would be required for the layout.

Also, if one checks out the video from 2:11 to 2:33, in the middle you will notice a searchlight tower near the transfer table pit.

Then a few years later, in my basement, I found the searchlight housing for the old Marx searchlight work car.

So rather than toss it, I scratch built a tower & mounted the searchlight housing on top of it with a grain-of-rice bulb inside for lighting.

Although it’s not the correct scale, I believe it doesn’t look too out of place & besides, I therefore, still have a connection, albeit a small one, to my childhood trains.

That’s it for now train buddies & keep on trackin.’

Now on to Bill (his last post is here) who has pretty much finished one of his scenes:

I took out some scenery supplies I’ve had in storage since the early 90’s and had got rid of the pink in at least a small area of the layout.

It’s been fun to weather track, lay a little ballast and start to model the world around the track. 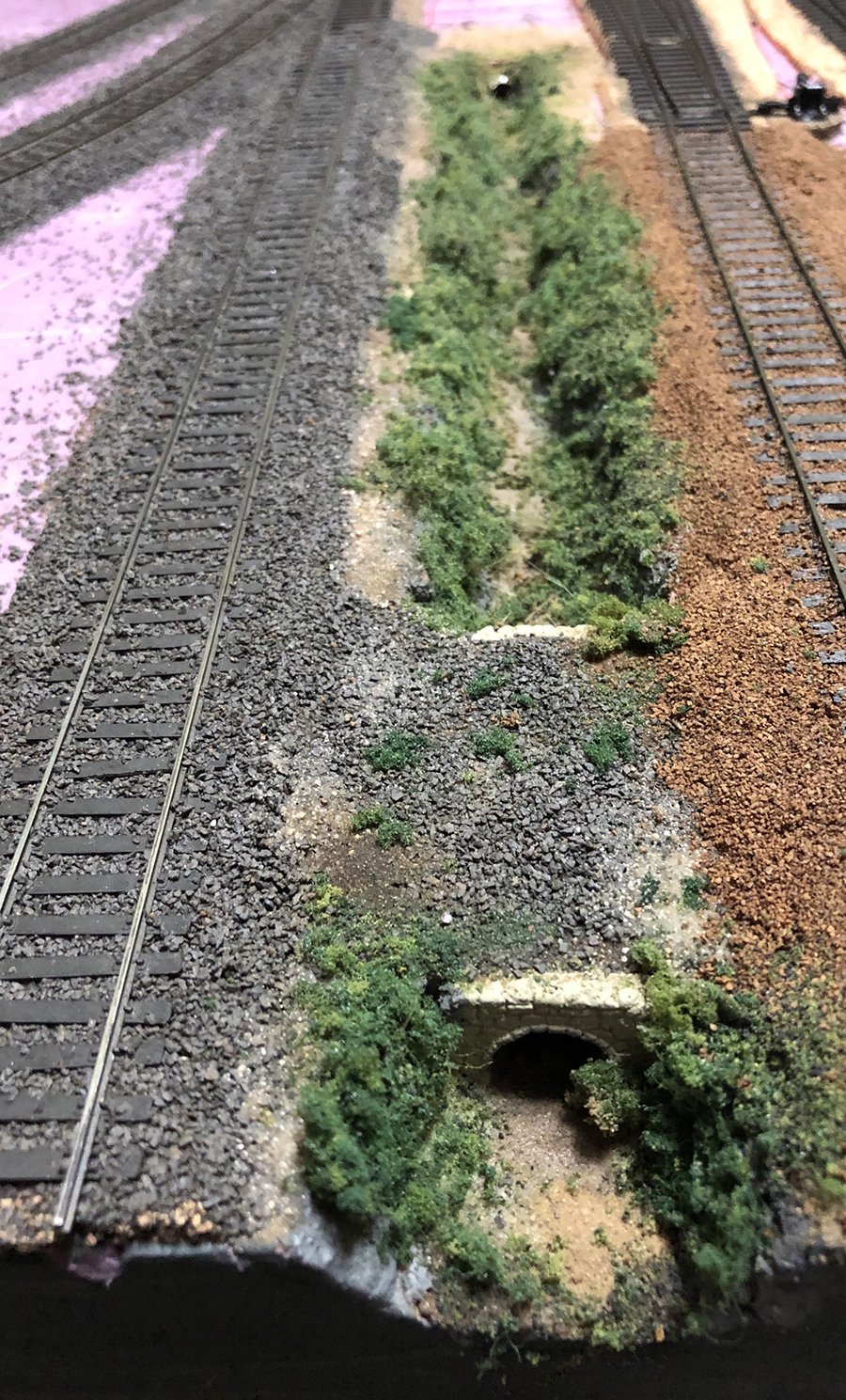 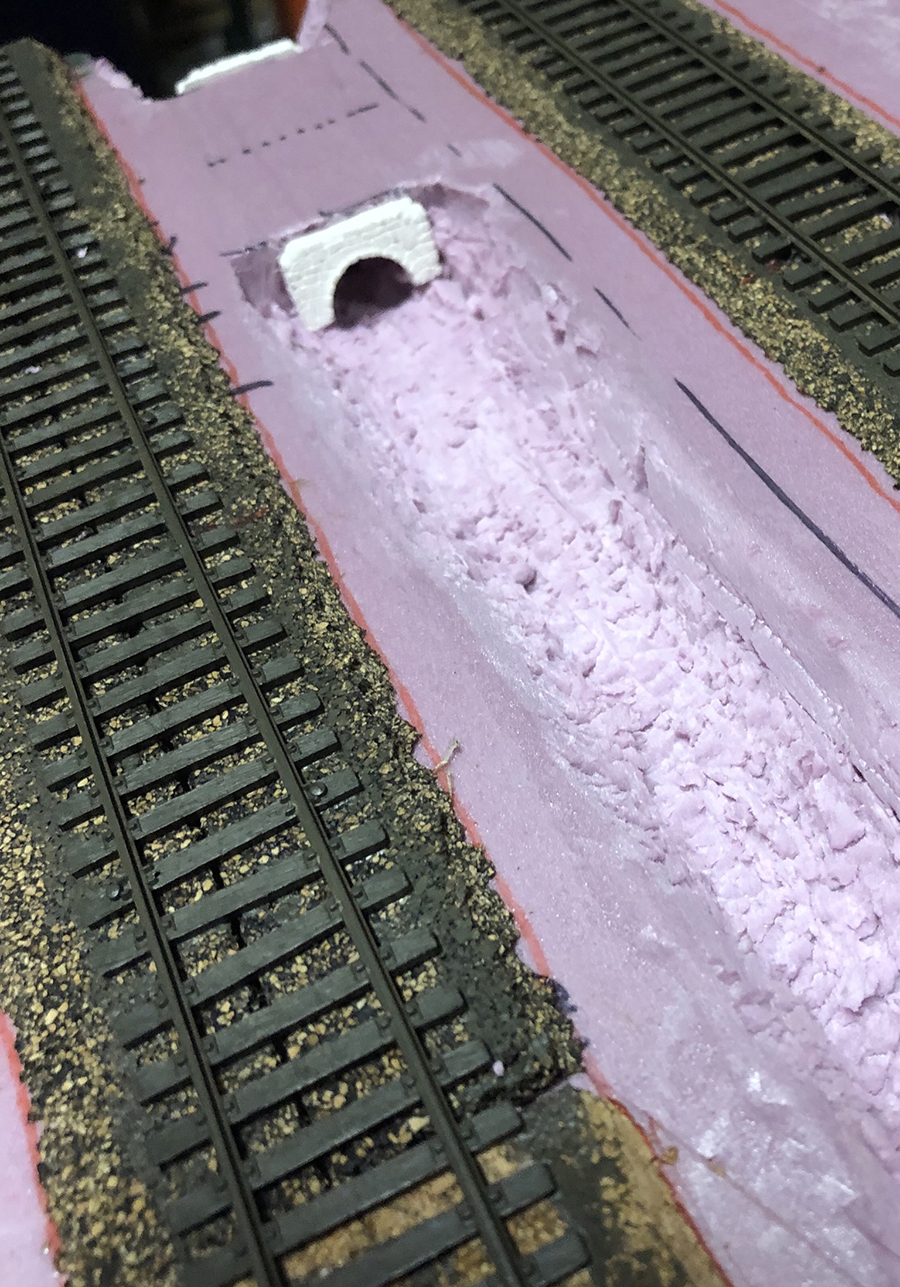 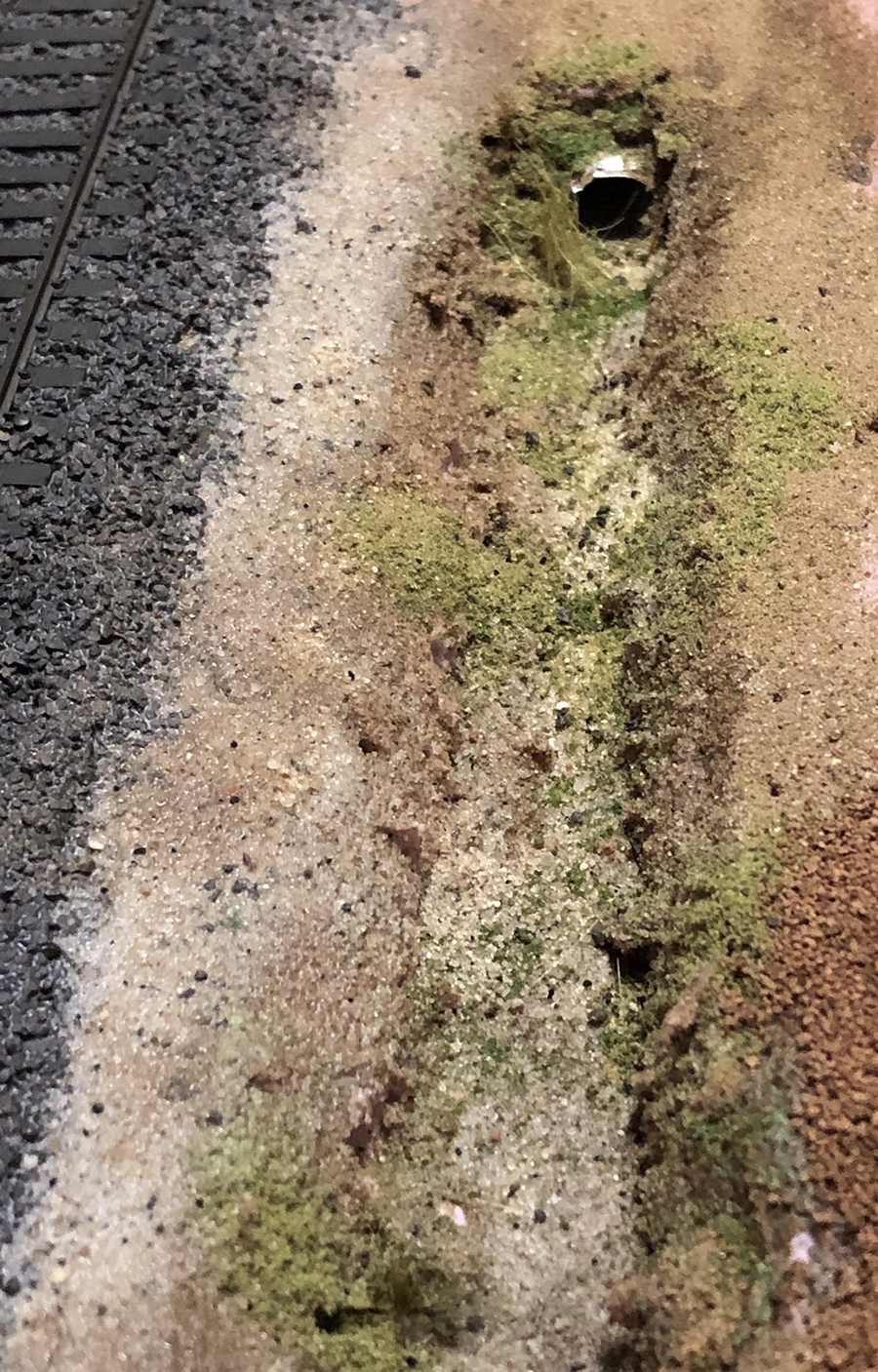 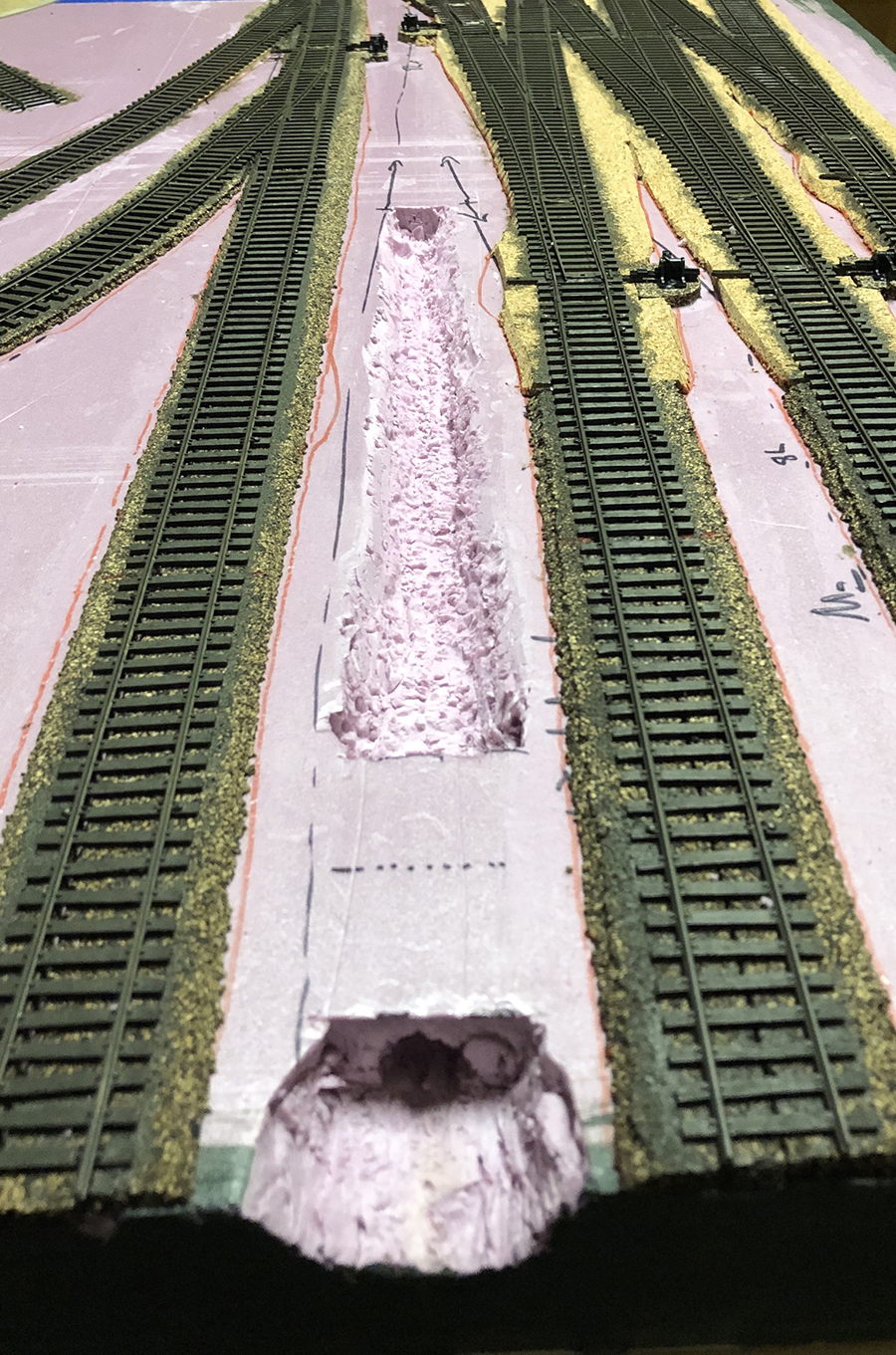 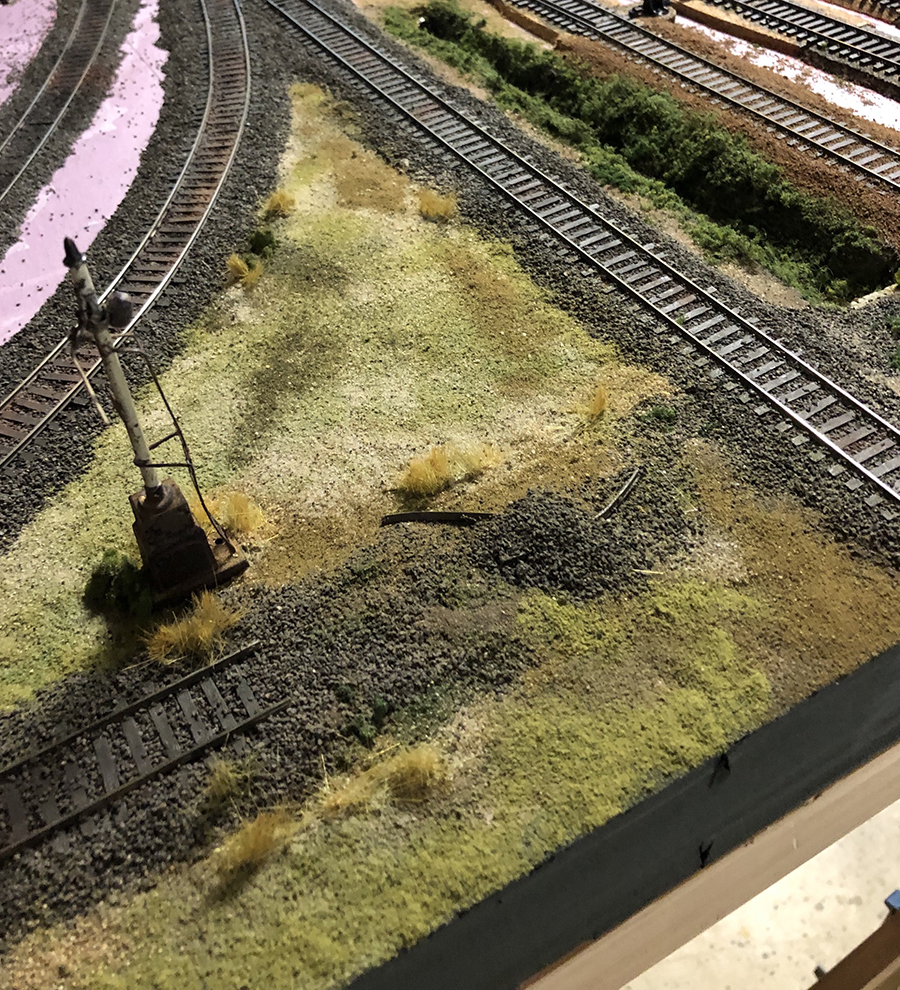 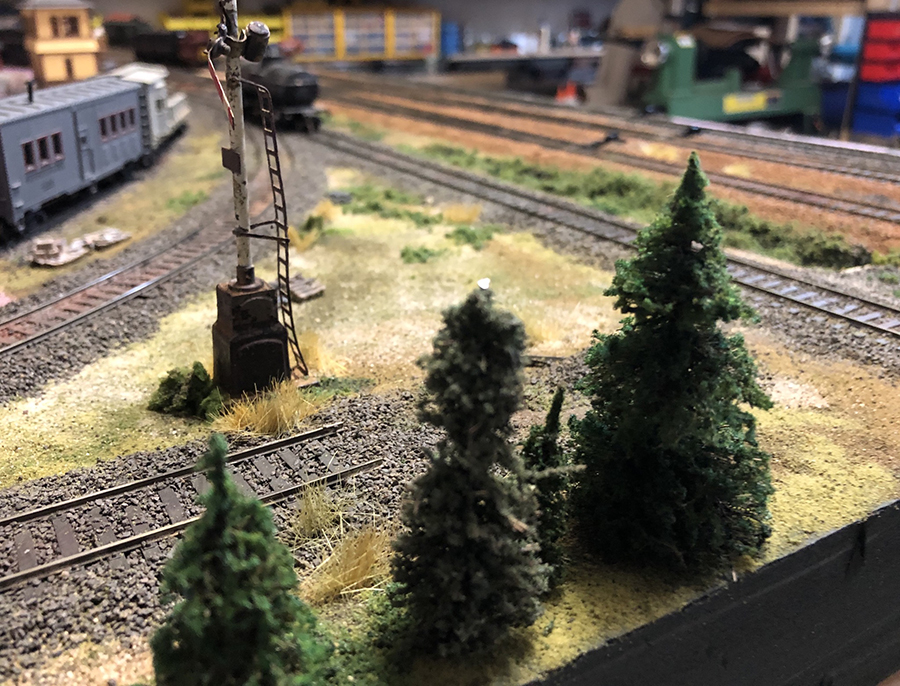 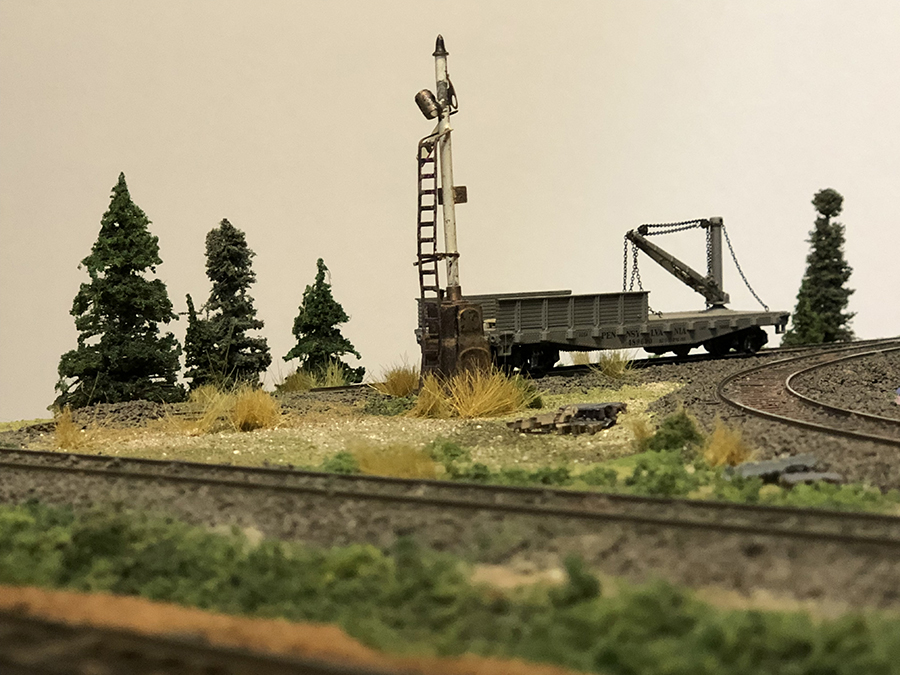 That’s all for today folks, a huge thanks to Jim and Bill.

Please do keep ’em coming – and don’t forget the Beginner’s Guide if you want your layout to happen anytime soon.

15 Responses to More from Jim on his stunning HO layout