“Reading the comments are very humbling, thanks for the comments. Anyway as the backdrop, I took painting class 10 years ago . I never painted before that. It took a month to paint. I used acrylic’s to complete the scenery and a air brush for the clouds and mist at the mountain bases. The scenery is based on Western Washington. 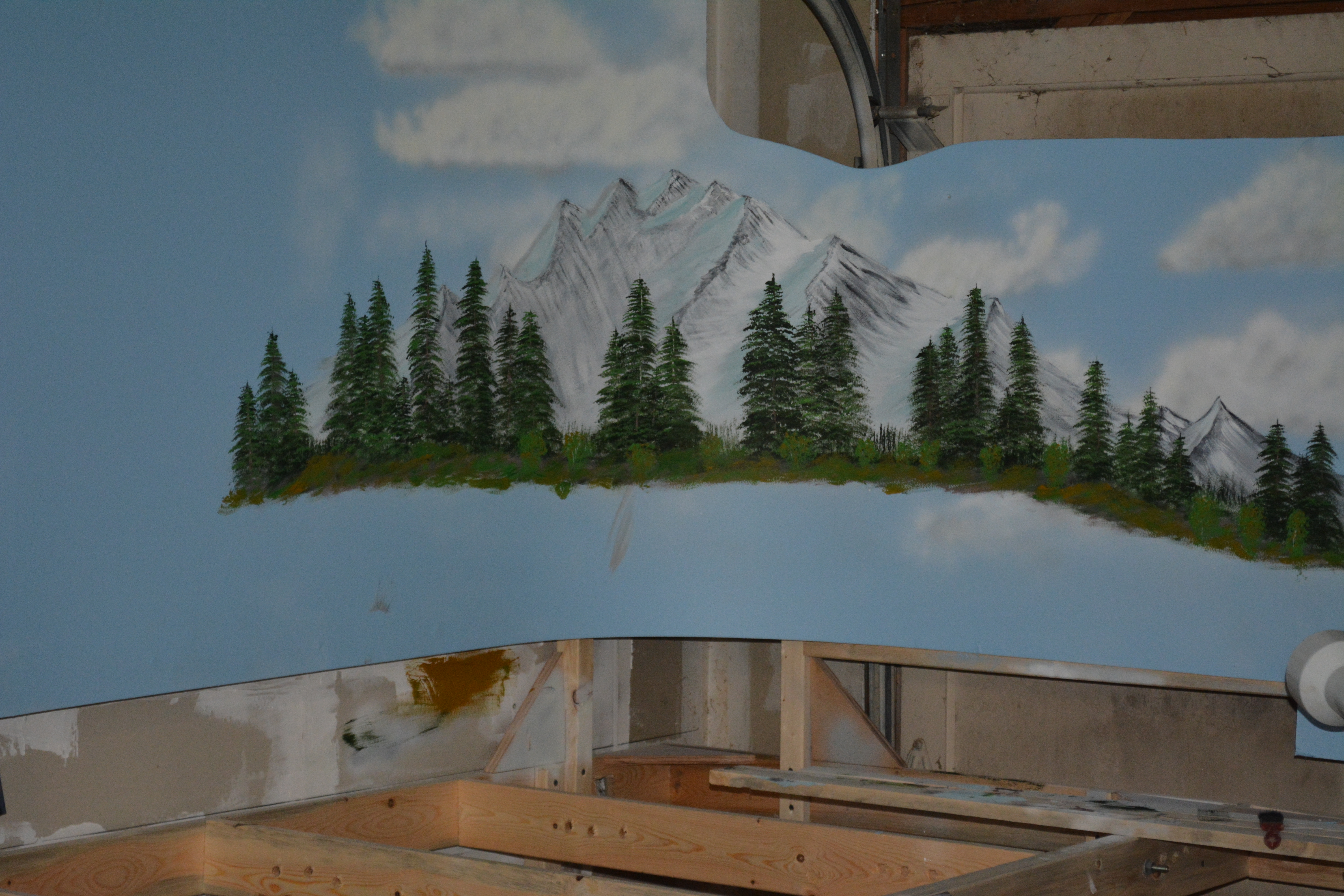 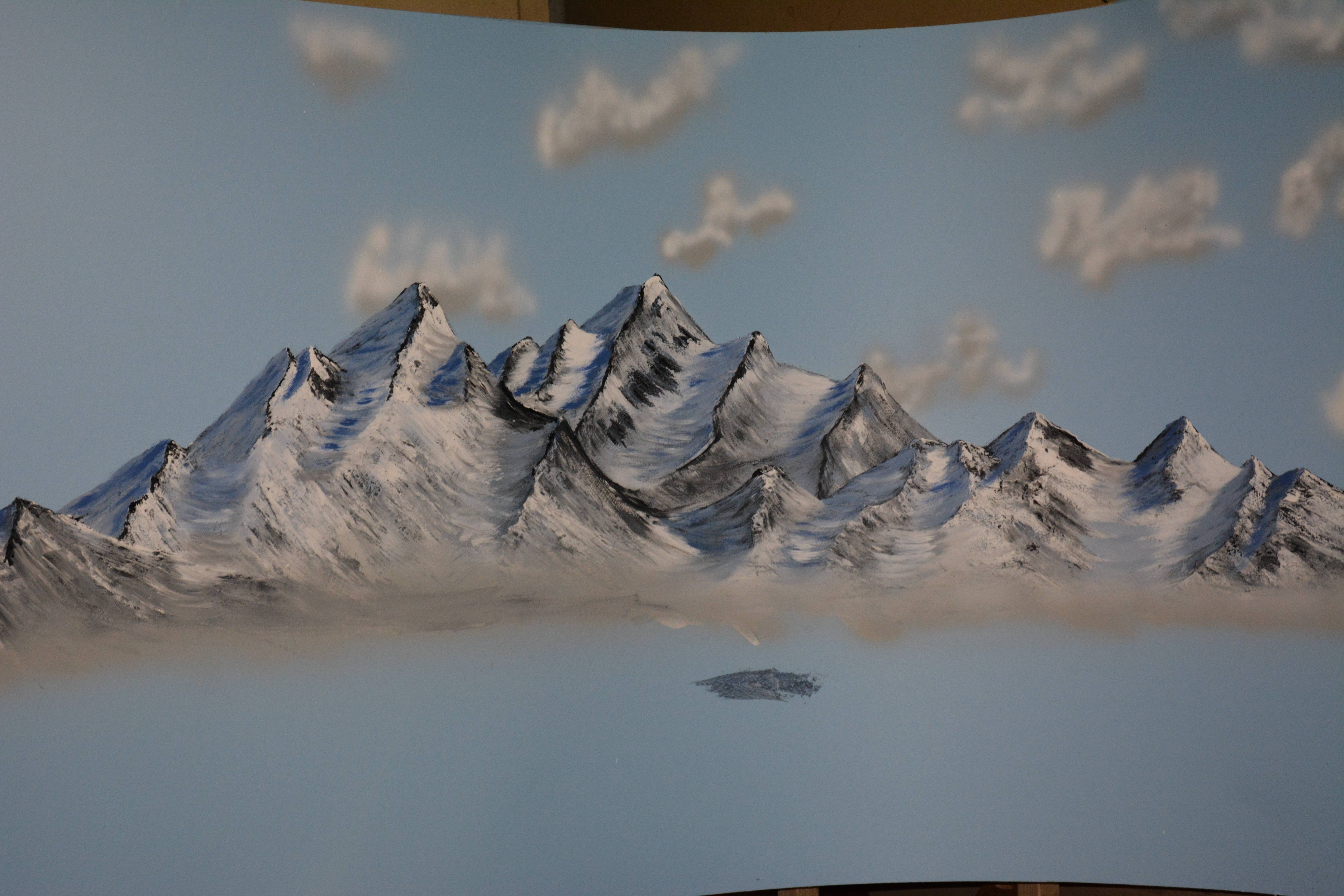 Two months ago I started Terrapin Sidings… At the time it was a pile of foam board (Foam core) and an idea. When I started that layout, I was looking for an opportunity that should “blow away” any and every excuse for not building a layout. With the exception of adding some exterior work to clean up the “presentation”, Terrapin Sidings is pretty much complete.

I tend to build one or two small layouts every year. Each one has its own inspiration and goal. Terrapin Sidings began with the goal of showing what someone can do who cannot do much with wood (it annoys the manager and your neighbors if you live in an apartment), who is limited with space, has limited time, and has limited money. Note, I work 80 to 100 hours per week. A day off is an absolute luxury. Most of what I earn is swallowed alive by rent, food, and gasoline (petrol). My space for a layout is similarly limited. In short, the first goal was to build a “no excuses” layout.

My second goal with Terrapin Sidings was to have a space to operate some of the On30 equipment that I have collected. Because of space limitations and that this was to be my first On30 layout, I chose the popular “Inglenook” shunting plan. Foam board (Foam core) was chosen for the base because it is easily cut with a single-edge razor blade or X-acto knife and a straight edge. Foam board is easily glued together with PVA (White) glue and offers a reasonably durable structure. To secure the foam-board while the glue was drying, I used low-tack (blue) painter’s tape. With everything, the 12″ by 40″ baseboard cost me less than $20 (American). That includes the permanently attached backscene that helps maintain rigidity.

The track was modified from readily available HO gauge track, PECO and Atlas. Ties (sleepers) were removed to improve the look for use with On30 equipment and to give it a “light railway” look. The net result was that the track looked like Egger-bahn track before it was painted and ballasted. The track was painted with acrylic paints from a local craft store. I used piano wire extensions and Caboose Industries ground throw switch stands to be able to operate the points (turnouts, switches) from the front of the layout.

Structures were built from leftover foam board and enhanced with details made from coffee stirring sticks and textured plasticard. The three structures are scratchbuilt.

My basic land forms were made with a foam-board base, blue painter’s tape, heavy paper from a grocery bag, and diluted PVA glue. I was still within the $100… the dirt was free… sifted decomposed granite/sandstone in three or four different hues. I did splurge on a package of Woodland Scenics trees and two packages of Woodland Scenics figures (boy do the figures help make a scene more inviting and believable). With a controller to operate the trains, I was up to $200 (American).

The trains are Bachmann: some cars (trucks) are modified with scratchbuilt superstructures on Bachmann four wheel caboose underframes. The Davenport diesel can be found fairly inexpensively on e-bay and some other cars were purchased at deep discount at a store where they had been sitting on a shelf for over 5 years.

All told, I have between $300 and $350 (American) invested in this project… With most of that having been spent long ago (the trains and the track were all purchased over two years ago and the controller was purchased last year as part of my Glenbrook, Nopales layout project).

I hope this little project of mine inspires someone who has been sitting on the sidelines to decide to build something to run their trains on… Even if it is a wee tad smaller than the layout they really wish they had room for.

As for myself, I just had to replace our microwave and I have a large cardboard box that looks like the start of my next layout project………. 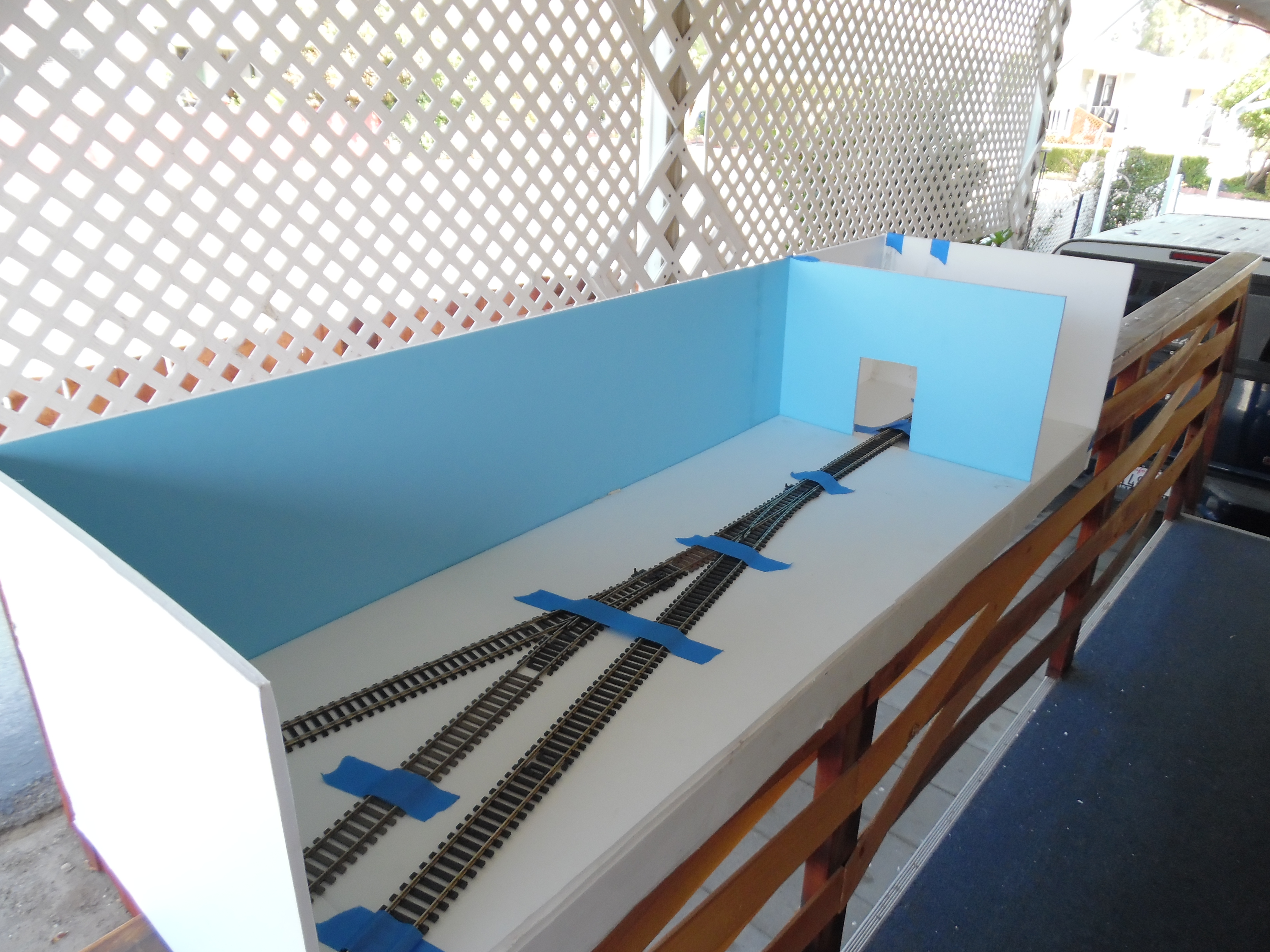 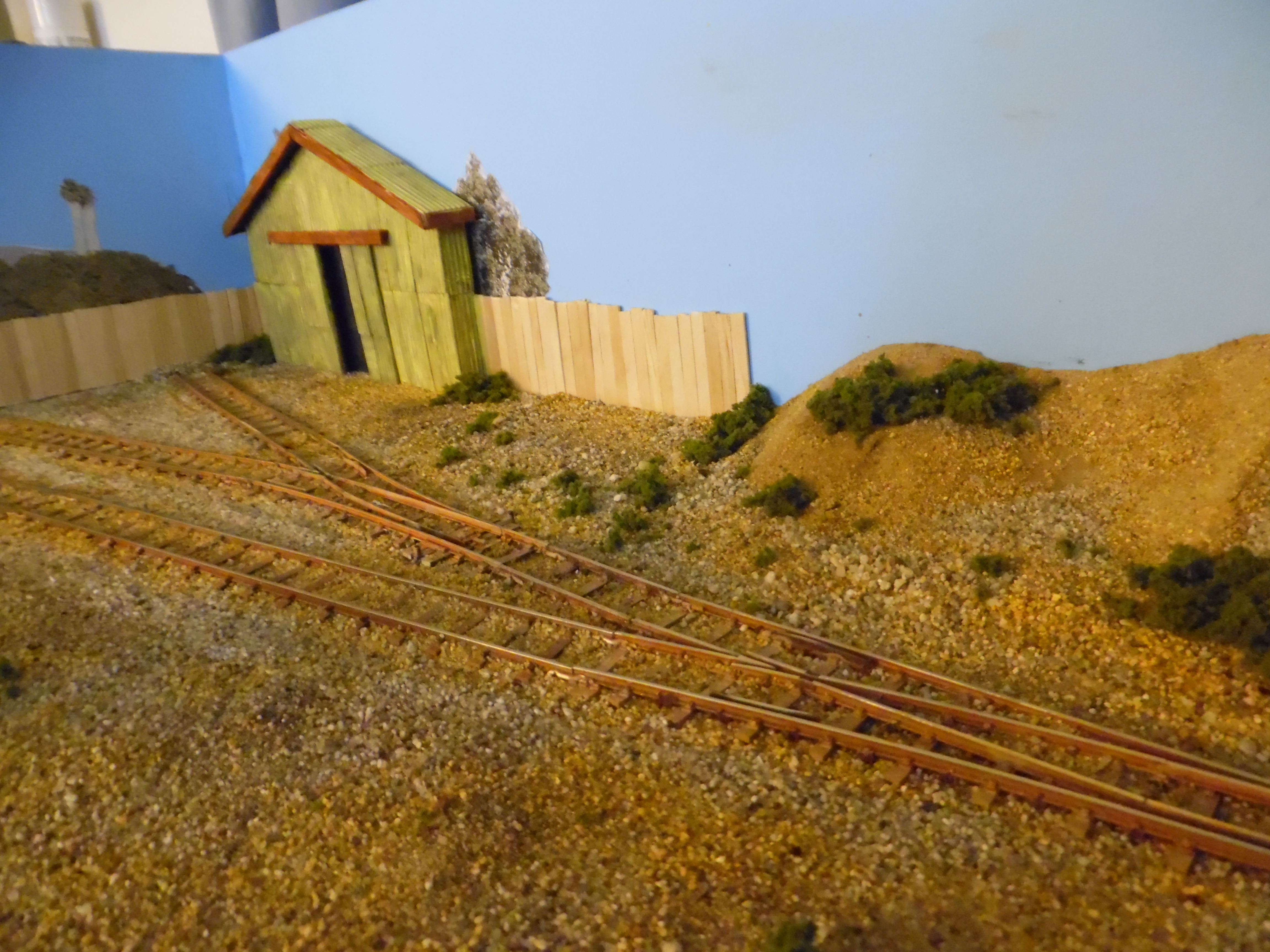 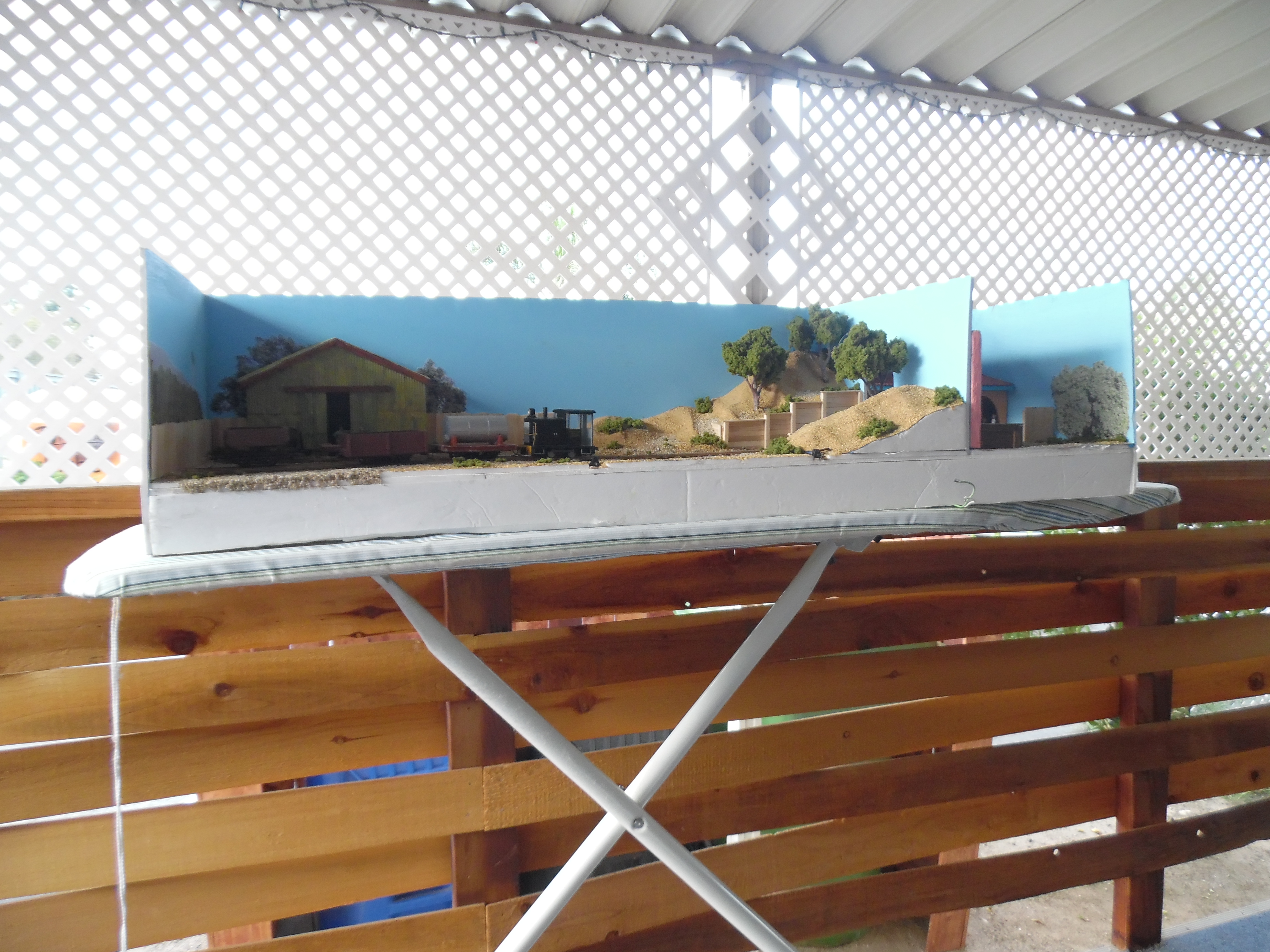 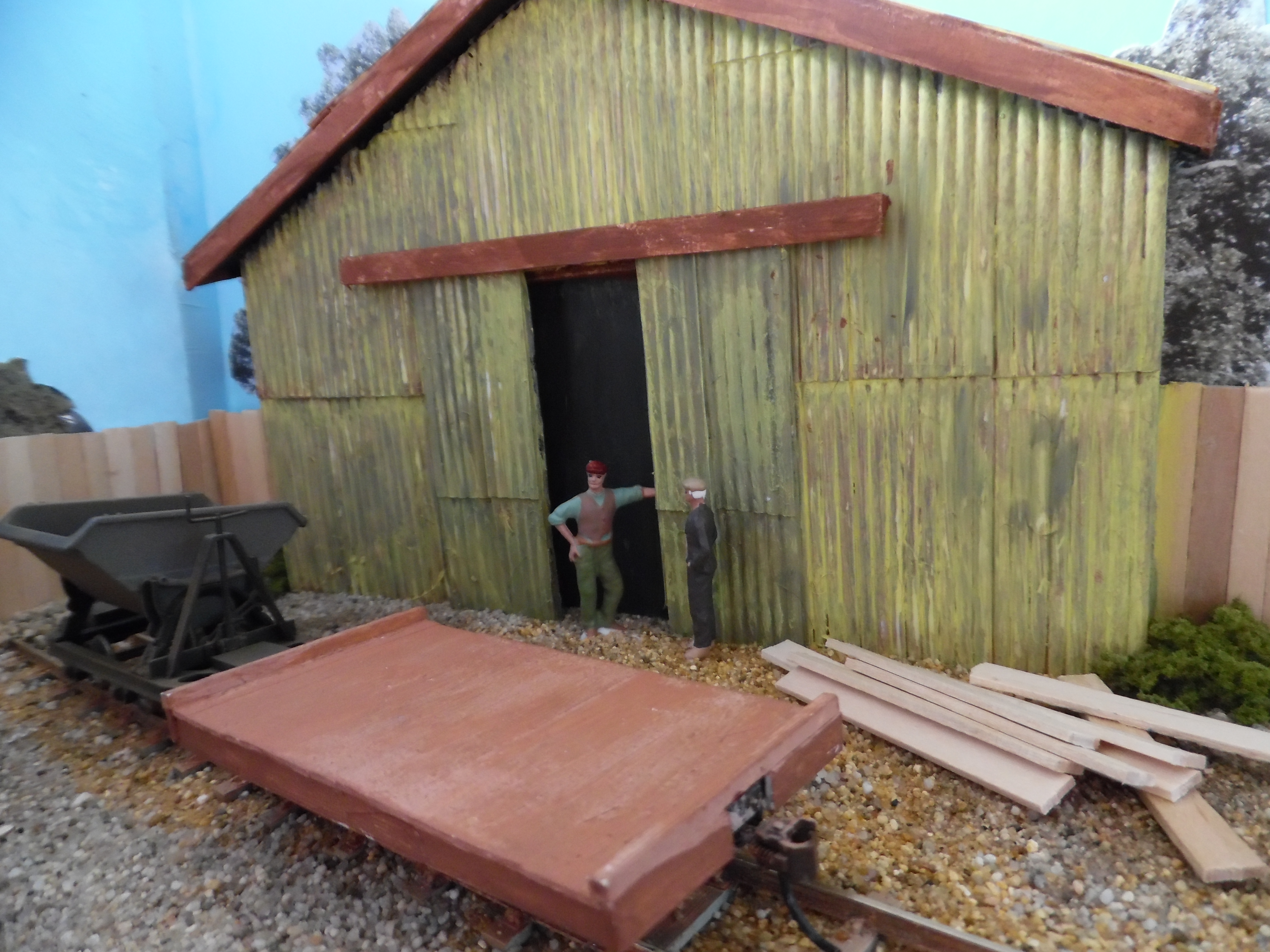 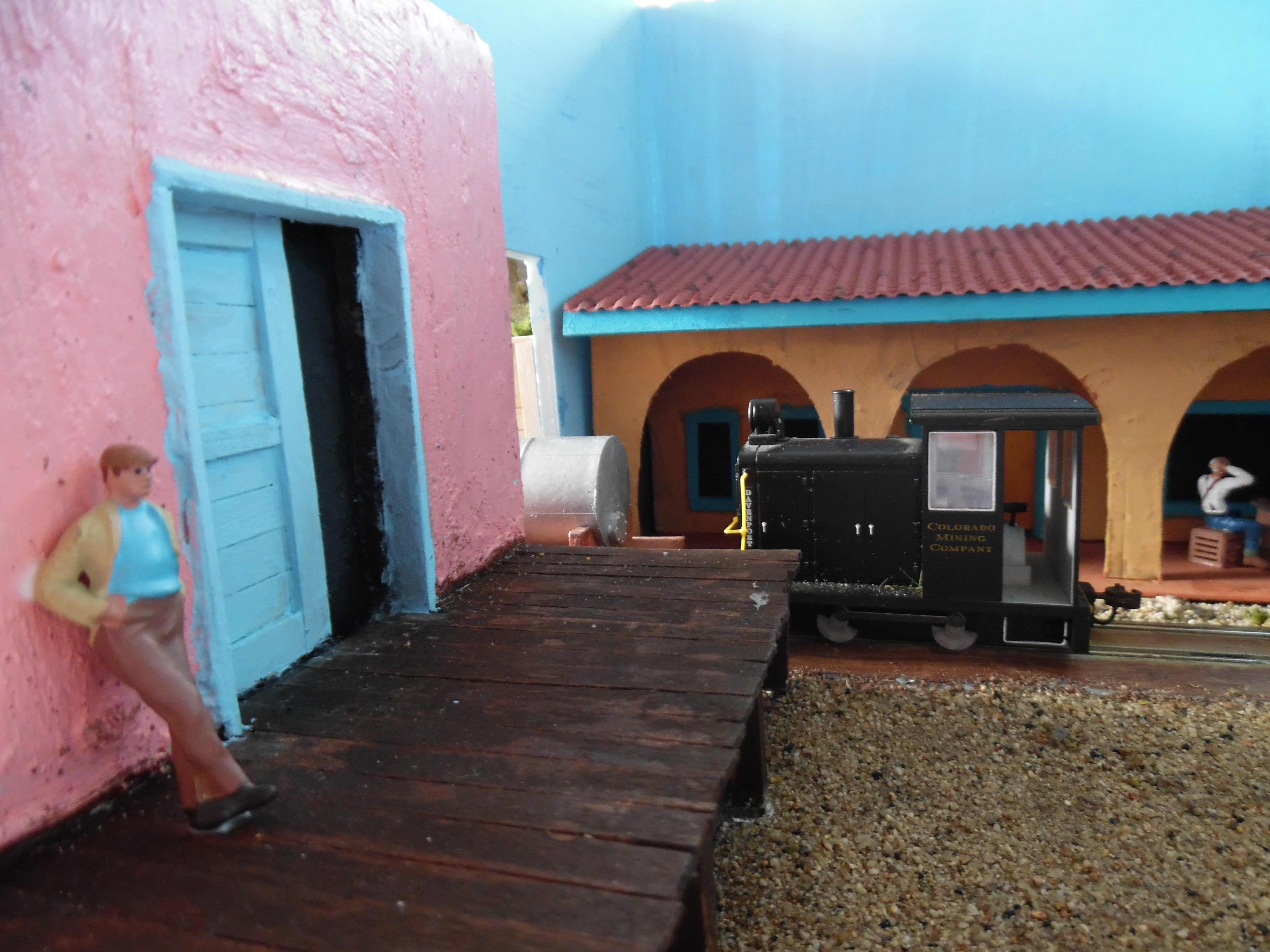 Hope you’ve enjoyed Jeff’s scenery as much as I have. And a big thanks to John too.

And now some news on the Big Kahuna Bundle deal (below). My boy has been beavering away on some more print out scenery, so I’m going to break up the Kahuna deal when I get the new stuff on the site.

So if $2 per building sounds good to you, please don’t hang about. It won’t be there forever. Scroll down and click to see what you get.

12 Responses to More from Terrapin Sidings