A nice collection of model railroad tips and tricks

“I have been busy lately on another small layout…

The layout is 8 Inches Wide and 48 inches long… I also built a similar one in the same size but for HO standard gauge… This latter one is about to be fully rebuilt… I did not like some of the things I tried on it….

I have shot pictures on the On30 layout to illustrate what i call “Eye-Scale” modelling.

The structures are removable and cost me a grand total of $5.00 U.S. to build… For the pair!

Since these pictures were taken, I have also added a tree… The tree and the structures are removable for easy transport….

This is my second On30 layout….

I hope you enjoy… 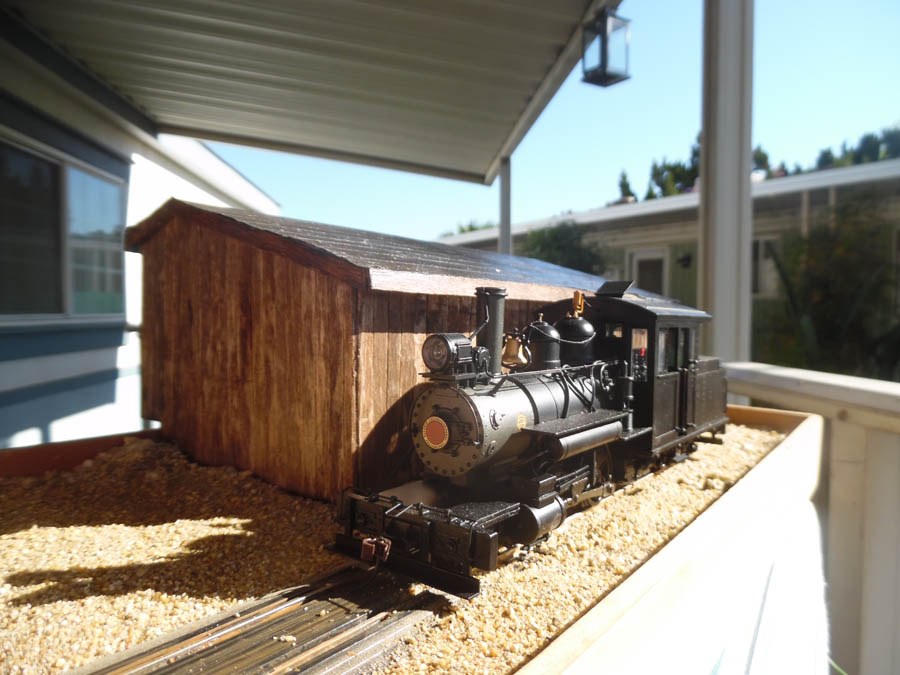 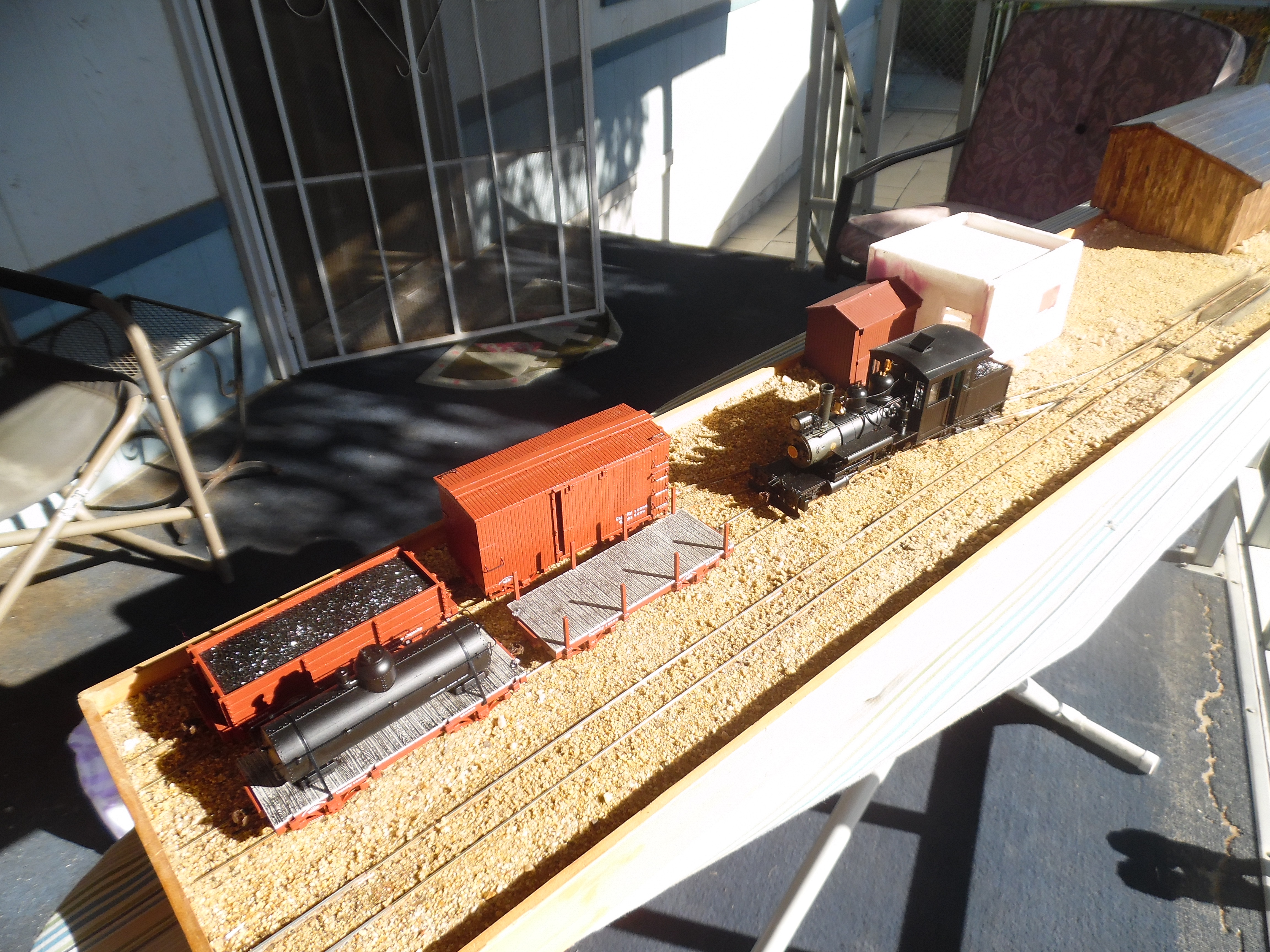 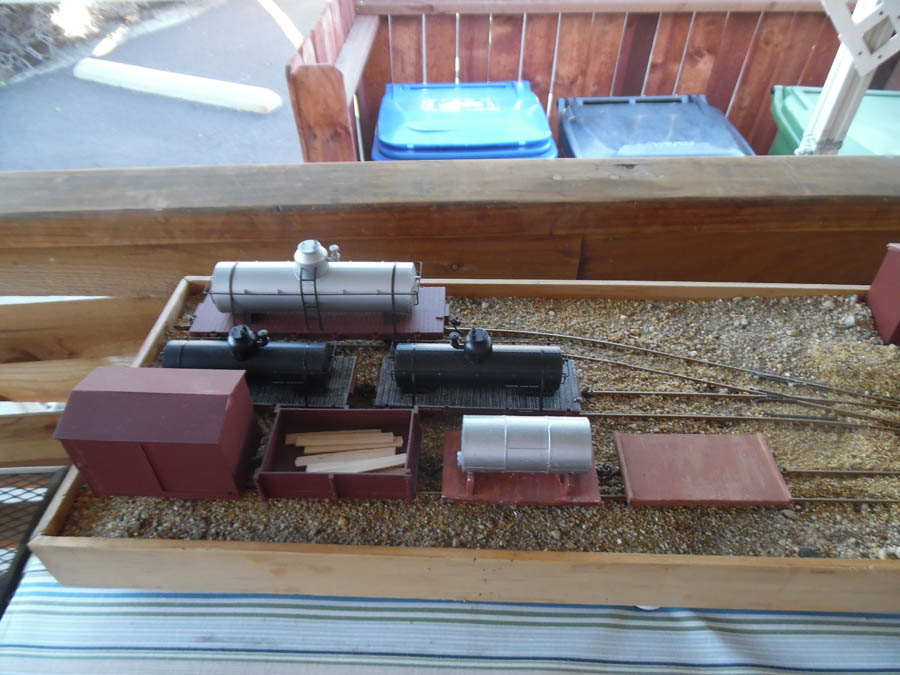 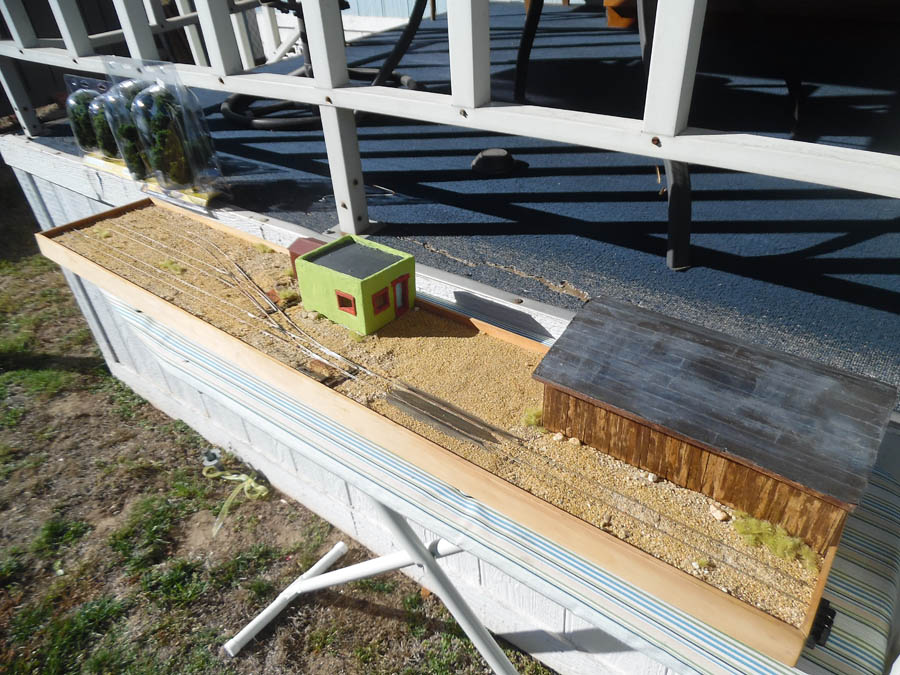 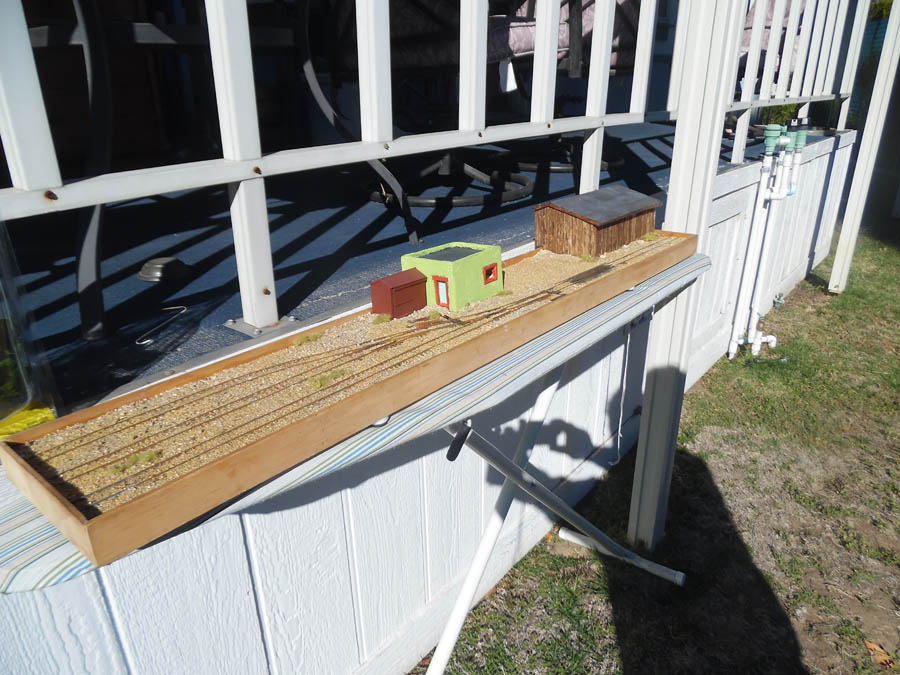 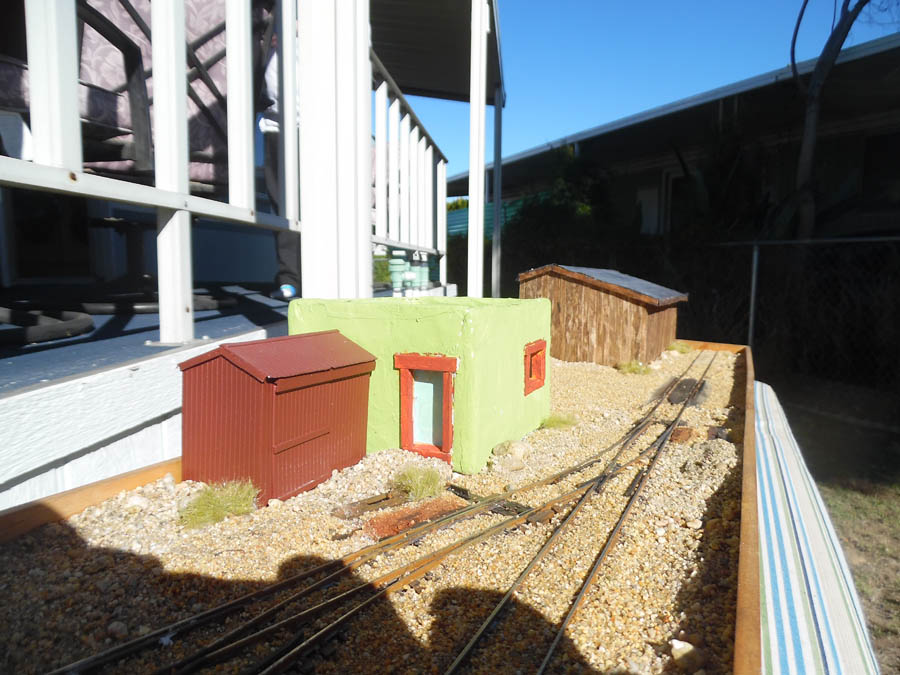 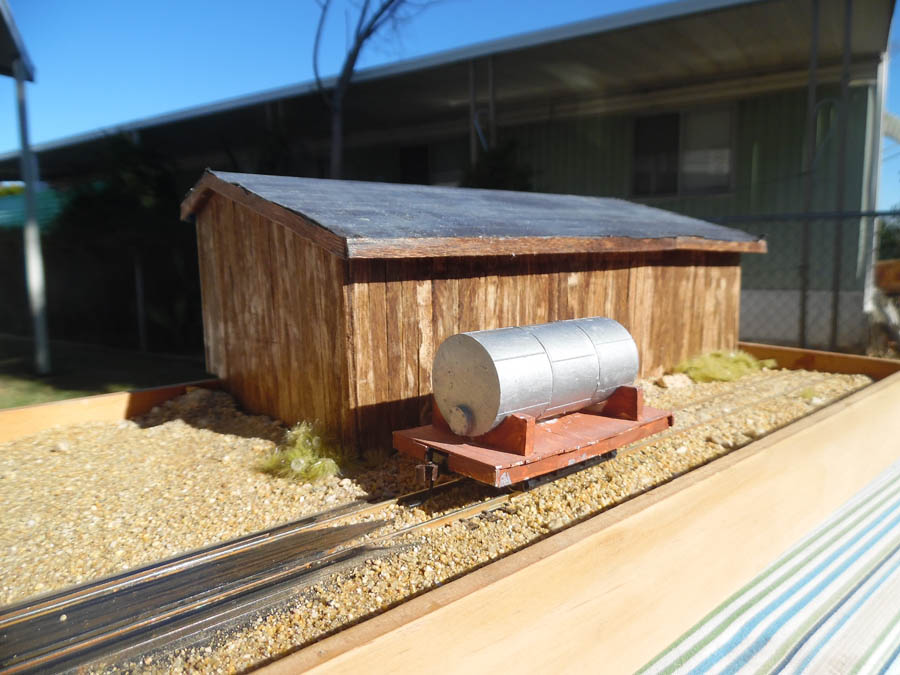 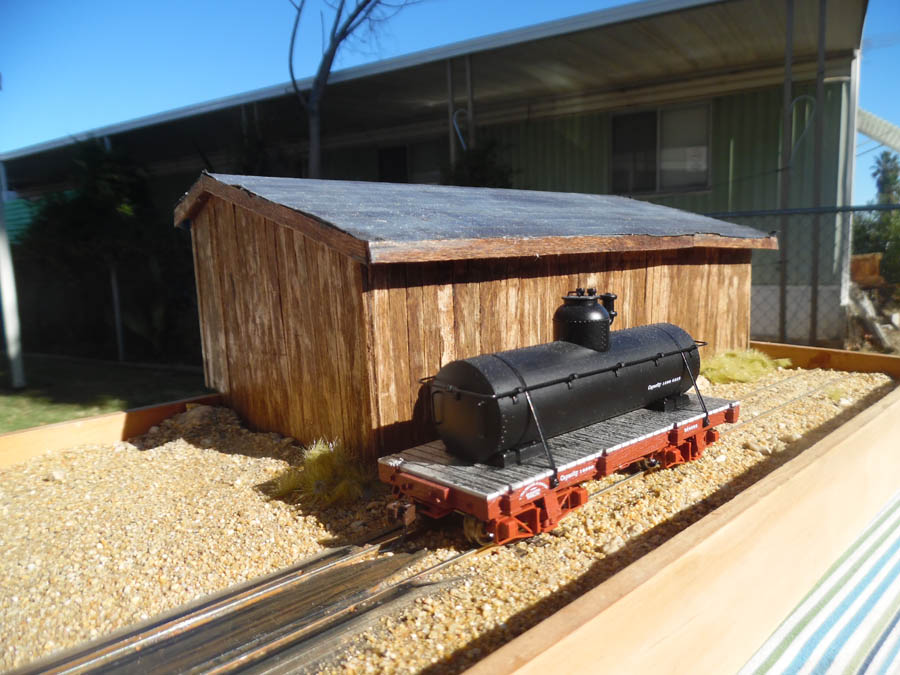 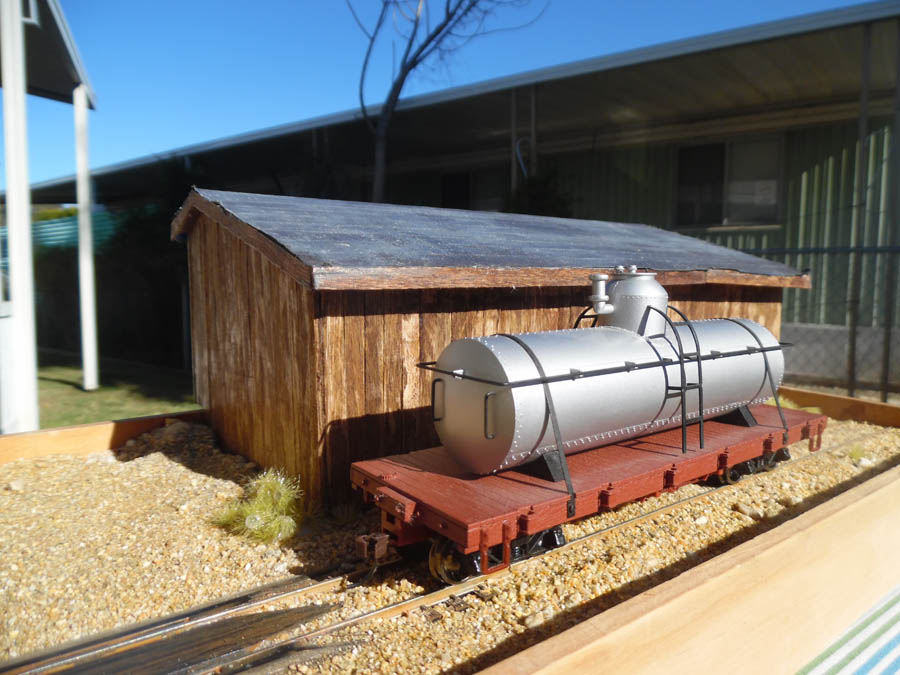 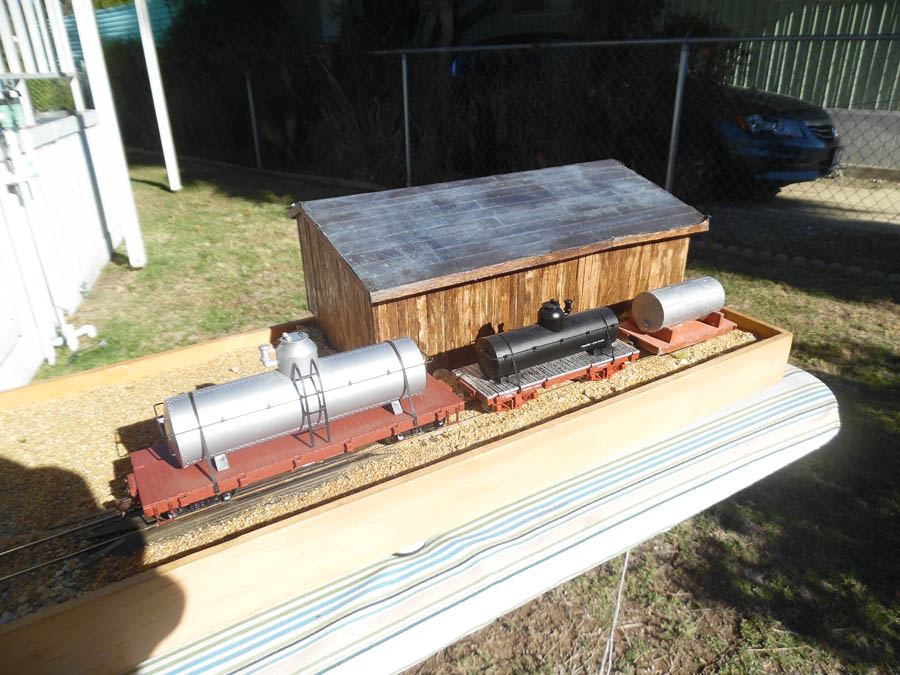 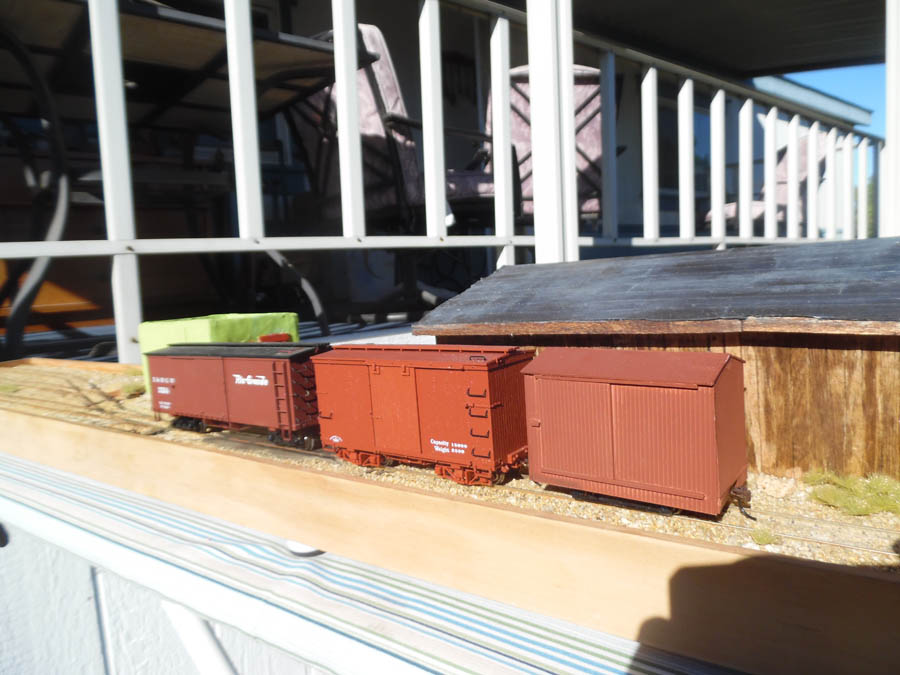 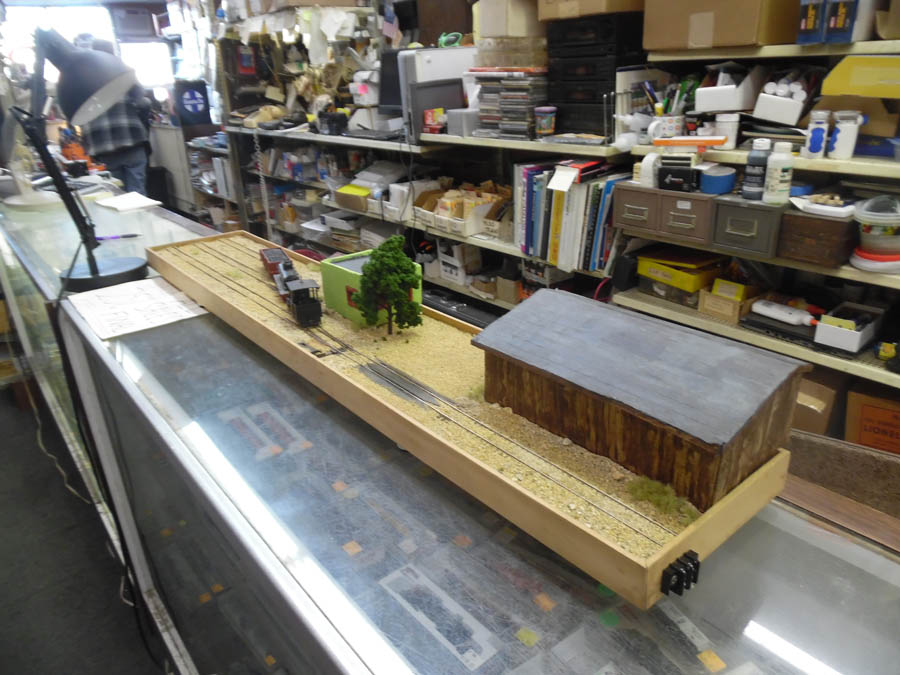 “Measure twice and cut once.

In kit bashing or scratch building, it doesn’t hurt to make a mock up of a building first.

If a piece of rolling stock, good clear photos are invaluable.

Make sure all your liquid material is relatively fresh and new.

Do you have all building materials that you need?

I have learned the “hard way” from the above and now have made my own “check list” before I start.

“1) Mix powdered resenol adhesive with ballast then apply the ballast to the track and shape it the way you want it and then spray it with a mixture of alcohol and water wipe the rails, it will dry like a rock and you are done.

2) Mix powdered tempra paint with plaster or hydrocal before you add the water, then use it to make your scenery, if it chips it won’t show and you can still add color to it to make it stand out.

3) Use women’s eye shadow and masccara to weather railroad rolling stock, and structures, and scenery works great and you can get it in several shades from white to black and everything in between, makes excellent rust and mud.

My tip for the best and lease expensive track cleaner- Wahl hair clipper oil spread from a track cleaning car and dirt picked up with Masonite pads riding under freight Cars and held down only by their own weight. I have brass track in hidden staging which has been cleaned this way for 30 years with no problems.

Paint from a spray can good enough for brass steam: Napa CDC502 flat black. It’s a nice dark grey, not really black and it goes on without spatters and runs if you are careful.

Superelevation without shims can be done by tilting the risers slightly when the benchwork is being done.

And lastly, in the previous post, I asked some questions about the Flying Scotsman. Thanks for all your replies. Here’s one from Geoff that put me straight:

Re your question about the 100 mph record:-

The answer is that both claims are worthy. GWR’s City class no. 3440, City of Truro, which was built at the Swindon Works in May 1903, was hauling a mail train from Plymouth to London in May 1904 when it reached a claimed top speed of just over 102 mph. This was while going down a slope at Whiteball near Somerset.

The background of this engine is that it was one of 20 built during the first decade of the 20th century. By the 1920s it was thought to be out of date and by 1931 all of this class had been scrapped except City of Truro. This locomotive was then taken to the newly set up Transport Railway Museum – now the National Railway Museum. It has been brought out of retirement a couple of times previously, but this year it was overhauled and put back into working order at a cost of £130,000 for the centenary of the record run and the rail bicentenary, Railfest.

The 102.3mph run, however can only be a claim. It was recorded by railway journalist Charles Rous-Marten, but there was no second timekeeper to confirm his reading. City of Truro’s record has therefore always been a matter of dispute.

By 1934, however, locomotives attempting records had a dynamometer car attached, with all sorts of devices for measuring speeds. The name ‘The Flying Scotsman’ referred to an express train service, which ran between London and Edinburgh. From 1925 to 1963, a Pacific steam locomotive pulled it and was itself named Flying Scotsman. It was designed by the engineer Sir Herbert Nigel Gresley. Flying Scotsman was the third of the A1 Pacifics to be built, and the first new locomotive built for the new London North Eastern Railway (LNER). The locomotive first ran in 1923 and in 1924 she was at the British Empire Exhibition. It was on 30 November 1934 that Flying Scotsman achieved the first properly authenticated 100mph for a steam engine. This was while she was running between Leeds and London.

That’s all this time folks. Thanks to John for sending in the pics. Don’t forget if you’re still sitting on the sidelines, the Beginner’s Guide is here.