We don’t see many narrow gauge shelf layouts on your website, so I thought you might like to see my little shunting shelf which is nearly complete.

As you know my 00 gauge South Wales layout is in the garage but I don’t always want to venture out on a cold rainy day so I’ve built this railway shelf layout so I can get my “fix” in the warm. I have a few off-cuts of MDF from a job I did. They are all 4feet by Varying width so I used this as a base. I already had the track and points, so apart from the timber frame it cost nothing.

At first it was just 4feet X 8 inches, that was fine, but then I decided I wanted somewhere ‘off scene’ to send the trains, so I added another 17 inches either end which are non scenic I then decided I wanted another siding so I had to add an extra 3 inches to the width at one end.

All the points are remotely operated by brass rods, part of a paper lip soldered to one end and bent at 90 deg which fits through the tie bar. There are also 6 isolating sections as I have 2 locos.

About the locos, they are both MINITRAINS , a Baldwin which was used by the Americans & British to move ammunition and troops to the trenches during WW1, the other, a Brigadelok which was used by the Germans for the same purpose! I bet they never met in real life – but that’s part of the fun with a shelf layout, or any layout in fact.

I still have more to do, fit a back scene and add a bit of foliage etc.

I did start a 009 shelf layout on the highest shelf in the garage, but I abandoned it, that’s where I got the track for the one I just described. But this morning I took the Baldwin to the garage and it looked quite good. So I think I might have another go at it.

That’s all for now, best wishes 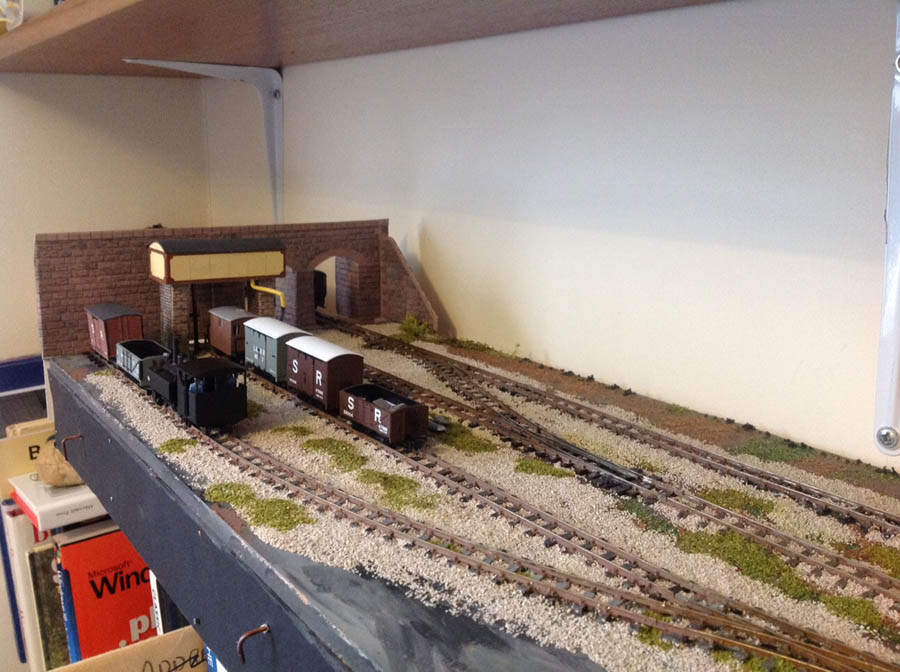 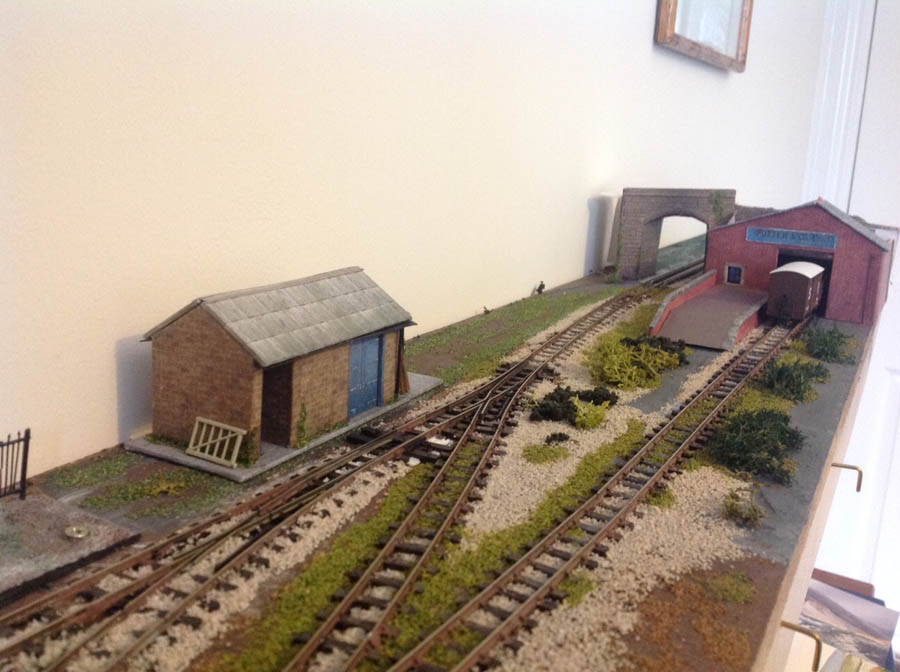 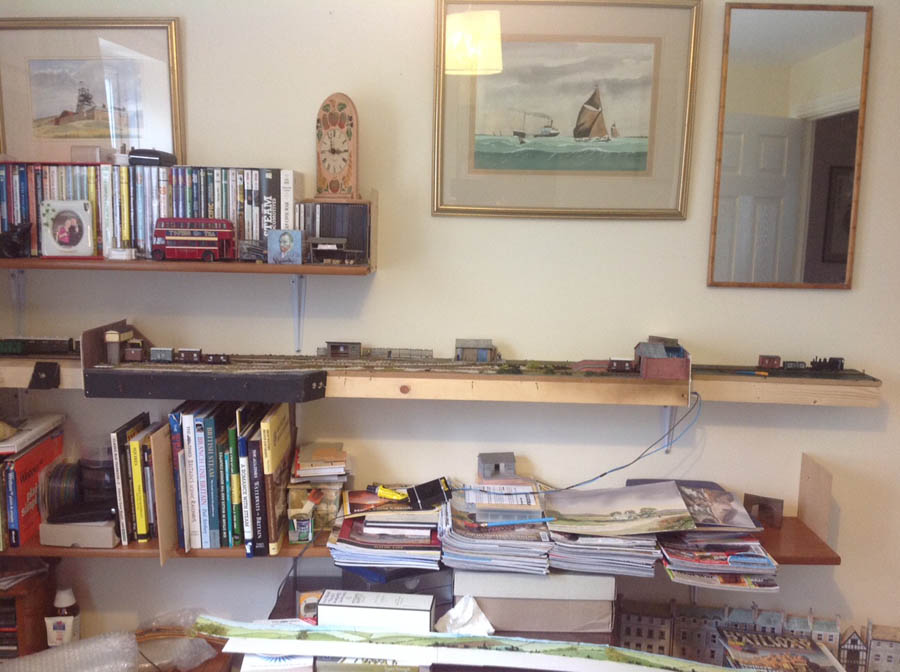 I’ve lost count of the number of railway shelf layouts on the site now. Those who are already on the newsletter will know what I mean.

Here are just some of them: 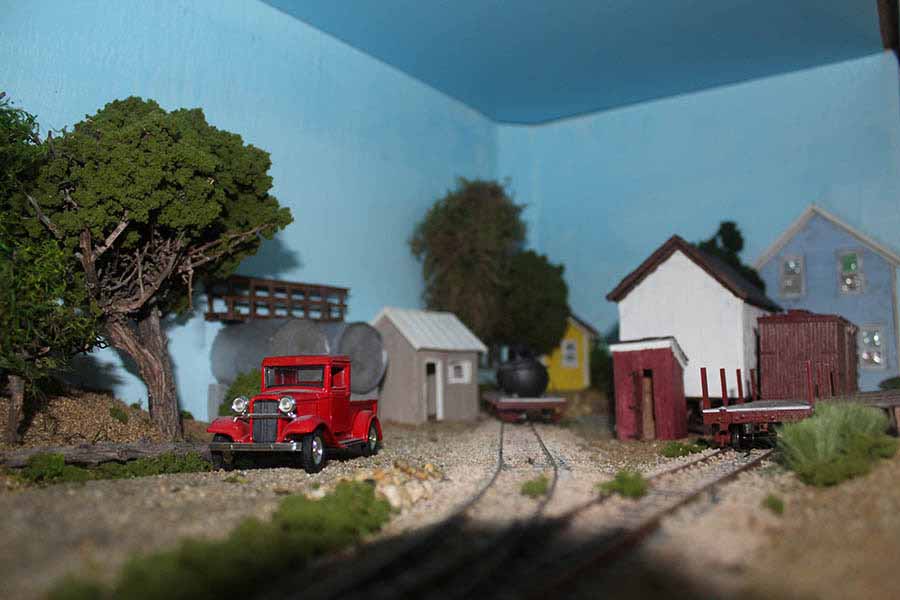 You can see all of John’s pics and narrative of his shelf layout here.

The inner track runs only on top level. 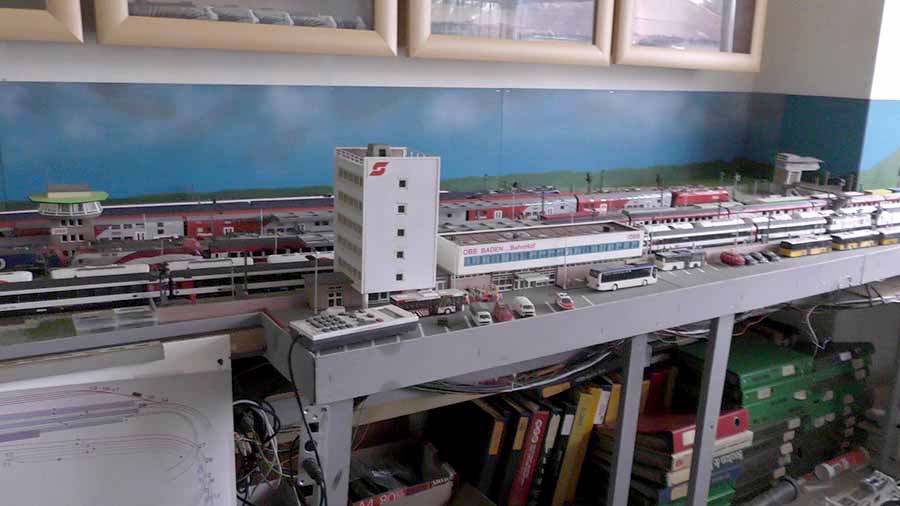 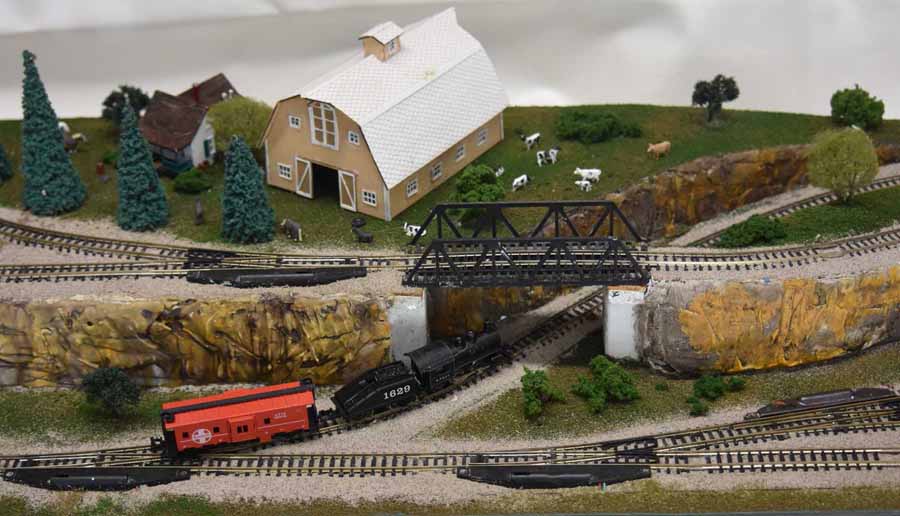 You can see all of Bee’s shelf layout here. 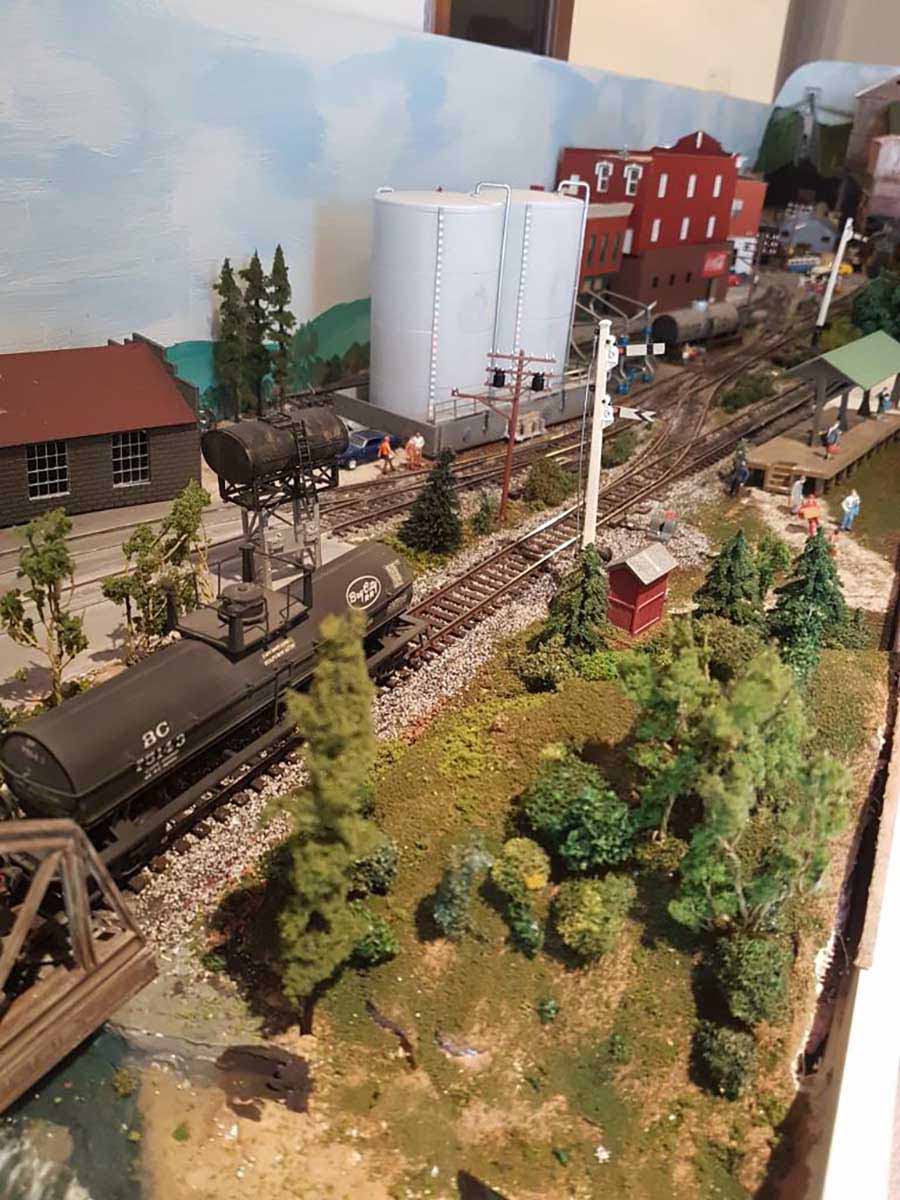 You can see all of John’s stunning pics here.

It just goes to show, lack of space should never be a reason for starting on your layout. And when you do, the Beginner’s Guide is here.

A big thanks to Alan (again).