Bruce has been in touch with his N scale L shaped layout:

“It was in 1971 while living in Toronto Canada that I bought my first N Gauge train set.

It was a small boxed set by Aurora, Postage Stamp Trains, which cost me $25.

It consisted of a small 0-6-0 steam engine, 4 freight cars, and some rails. I was hooked on the detail and size, and this started me on collecting N Gauge.

Over the next couple of years I bought through the mail from the USA several Rapido, Atlas, and other makes.

I then moved to England for a couple of years, and bought a Hornby Minitrix Britannia for £10.

I then moved to Cape Town for several years, and found a small hobby shop close by, and continued my collection, mainly Atlas items.

After that I moved back to England for a while, and then in 1981 moved permanently to the USA, where I have lived at the same address for almost 40 years.

I bought a country house that did not have a decent garage, so I built a large 2-car garage with an upstairs, and two rooms at the back.

One room, my future Train Room is 16 ft by 12 ft, and next to it is the Tack Room (for saddles and bridles) for use by my wife for her horses.

However, it was not until 2013 that I started building my layout, as my main interest was collecting different trains. I did not specialize, as I bought anything that I liked the look of – steam, diesel, electric trains from USA, England, Germany, France, Japan. Most of my purchasing was done on ebay between 2000 and 2010.

I “finished” my layout in 2018, since I did a little bit each year, as there is no heating or A/C in my train room, so I worked just a couple hours at a time over a couple of months each year.

Attached are some progress photos – I apologize for the bad quality.

The layout is “L” shaped, with 4 train tracks, and 4 DC controllers.

There are 2 outside long distance tracks for my longer trains, and 2 figure-8 shorter tracks on the inside. Nothing too fancy, as I want to see my trains run.

The houses I used are a real mix – some might not be truly N Scale. I got Spanish Villas bought in Cadaques Spain, Bermuda Cottages, English Cottages, American Farm houses, and a Lighthouse I bought at a Dollar General. 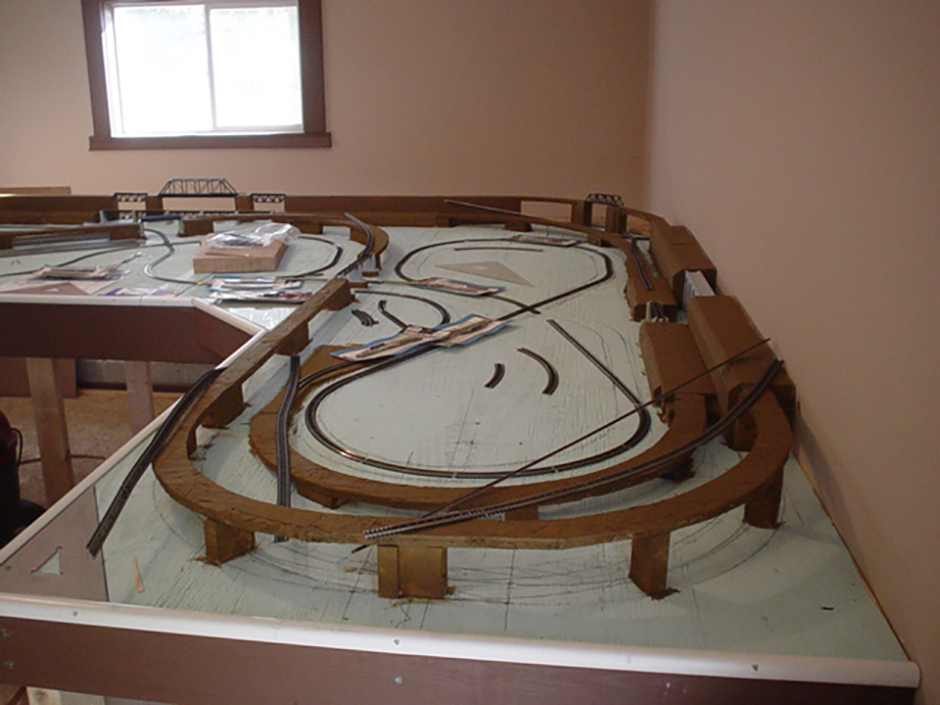 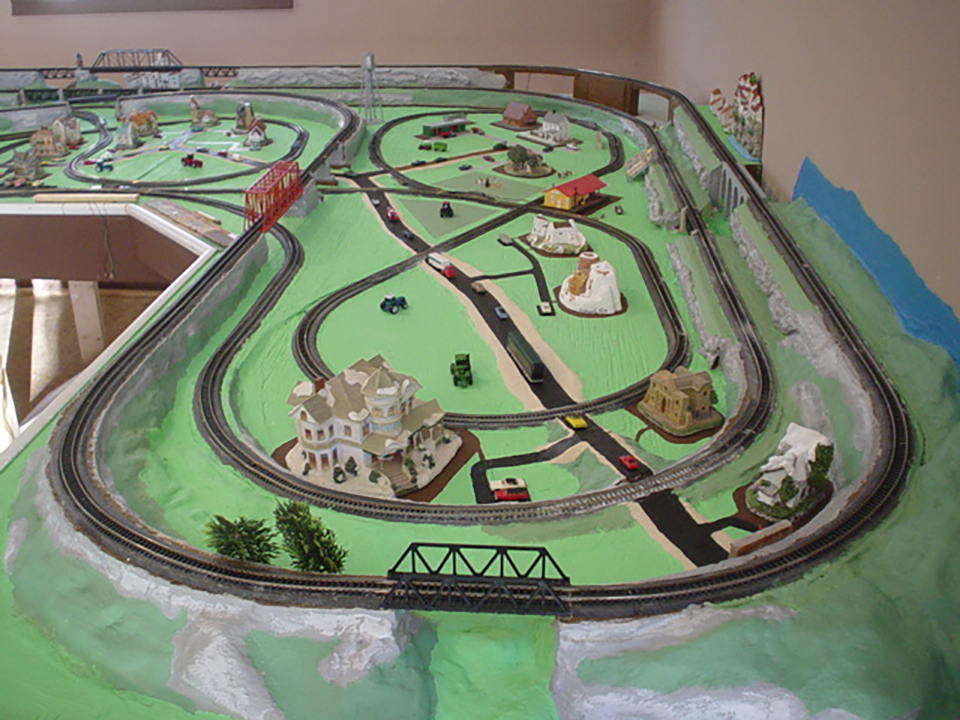 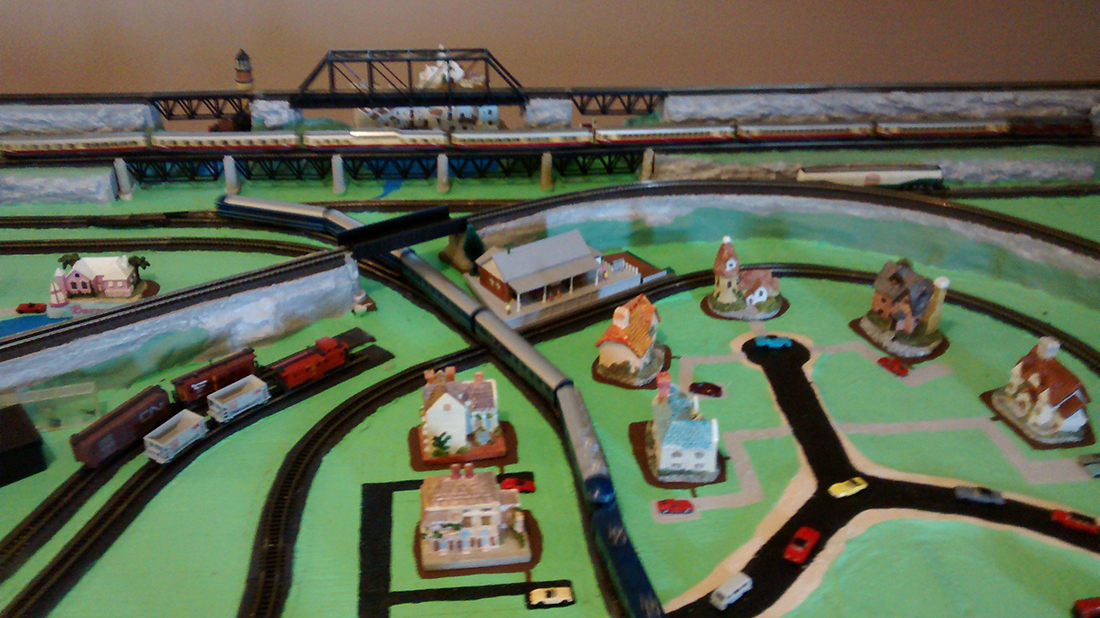 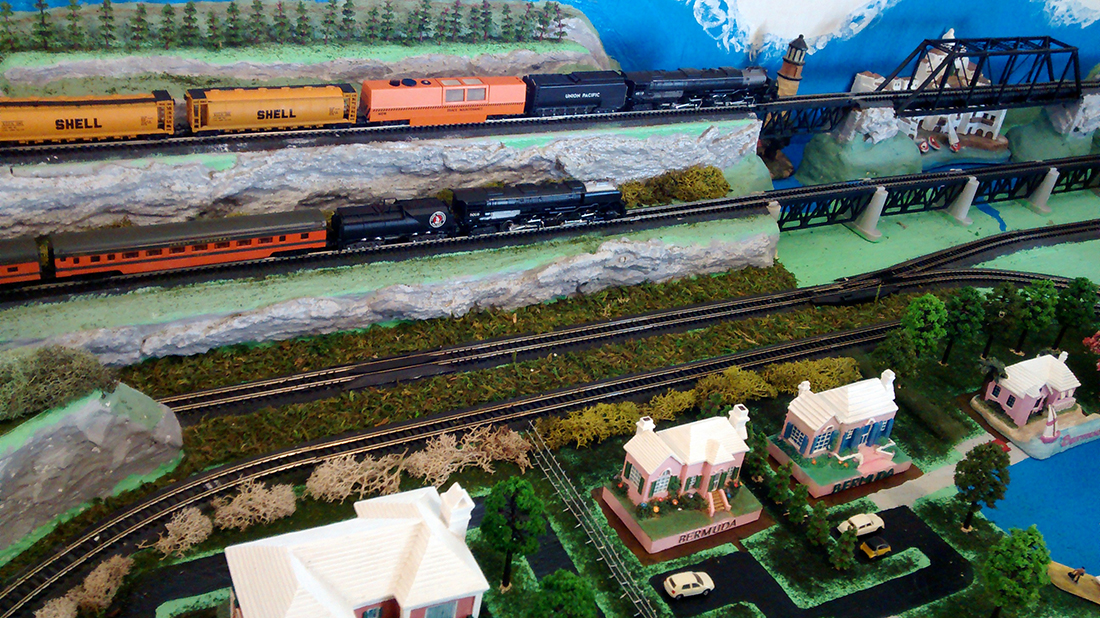 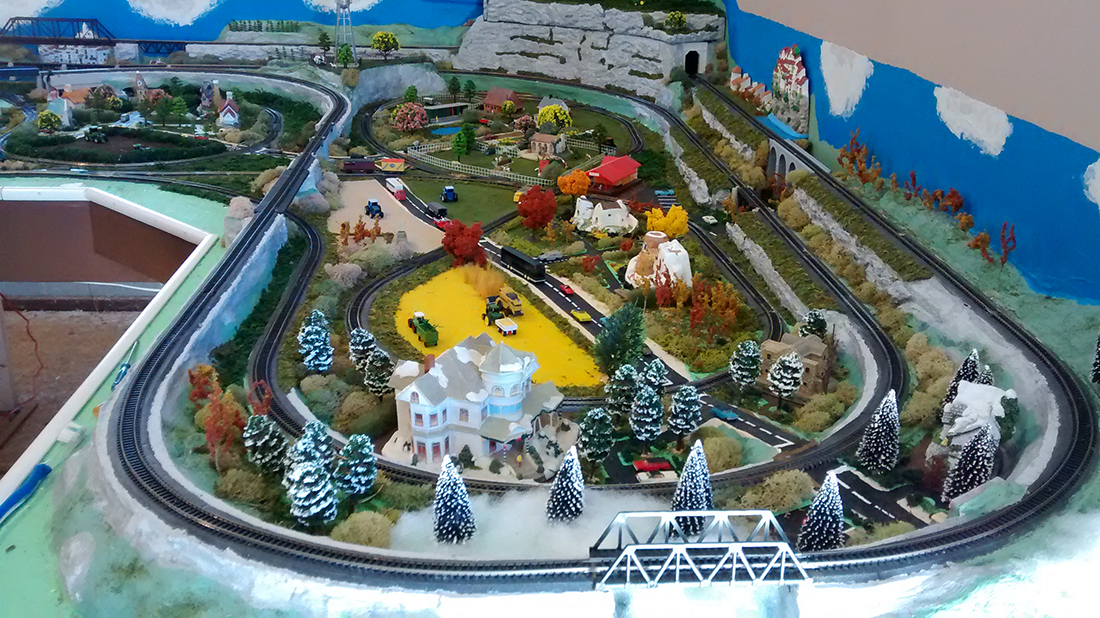 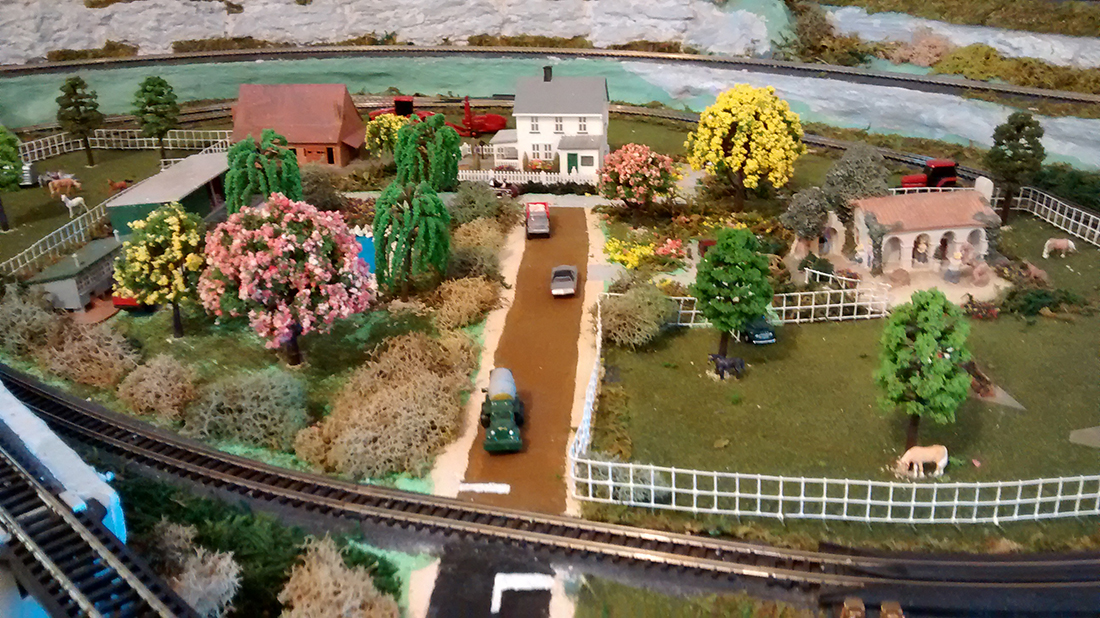 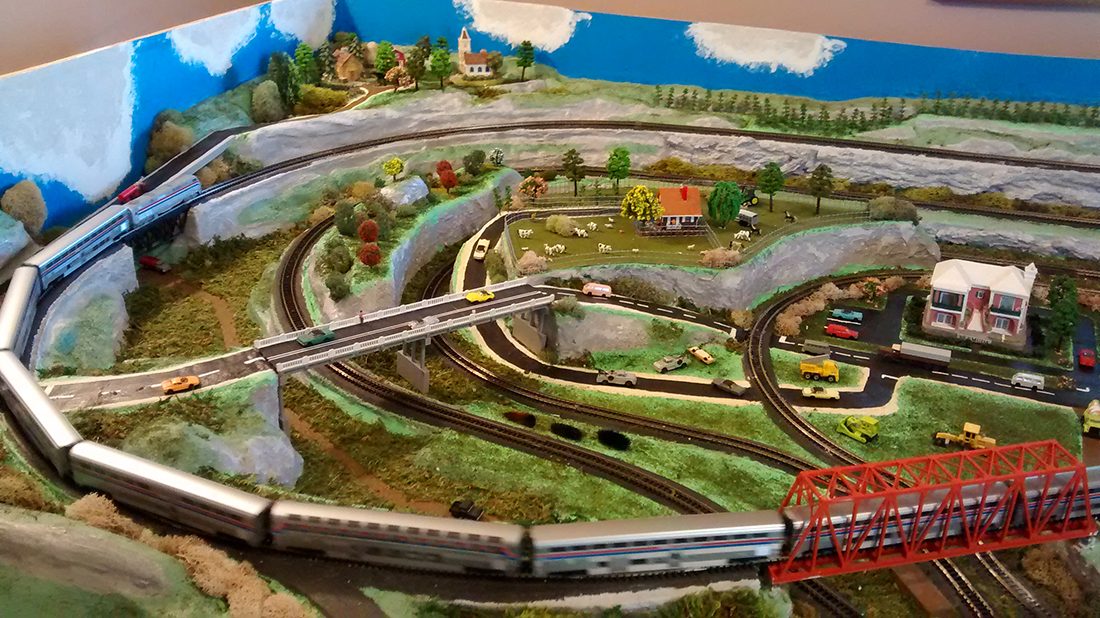 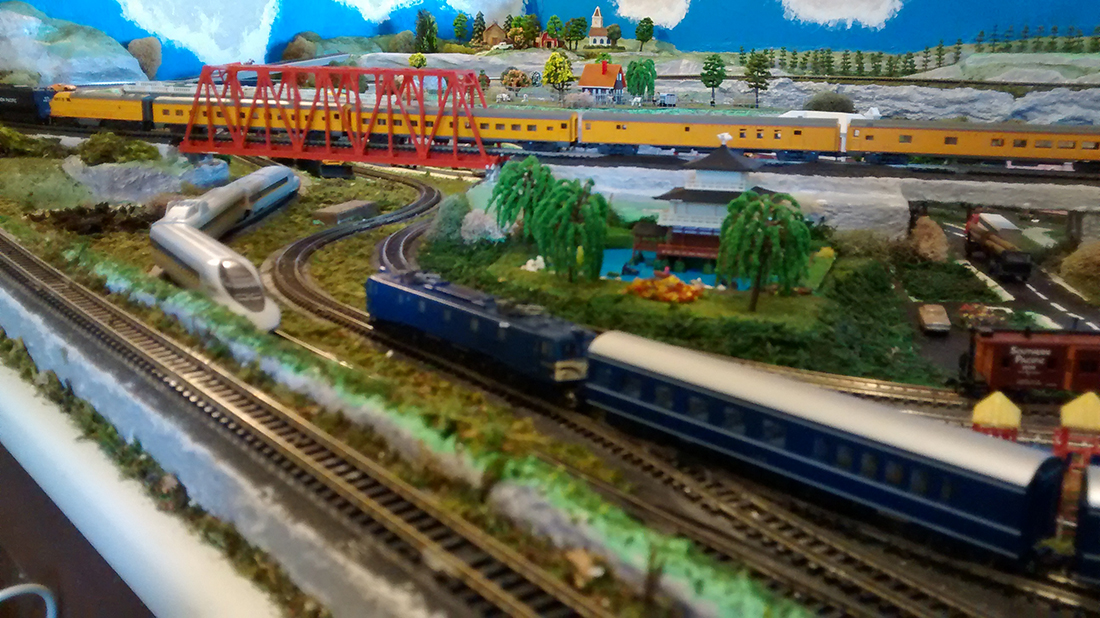 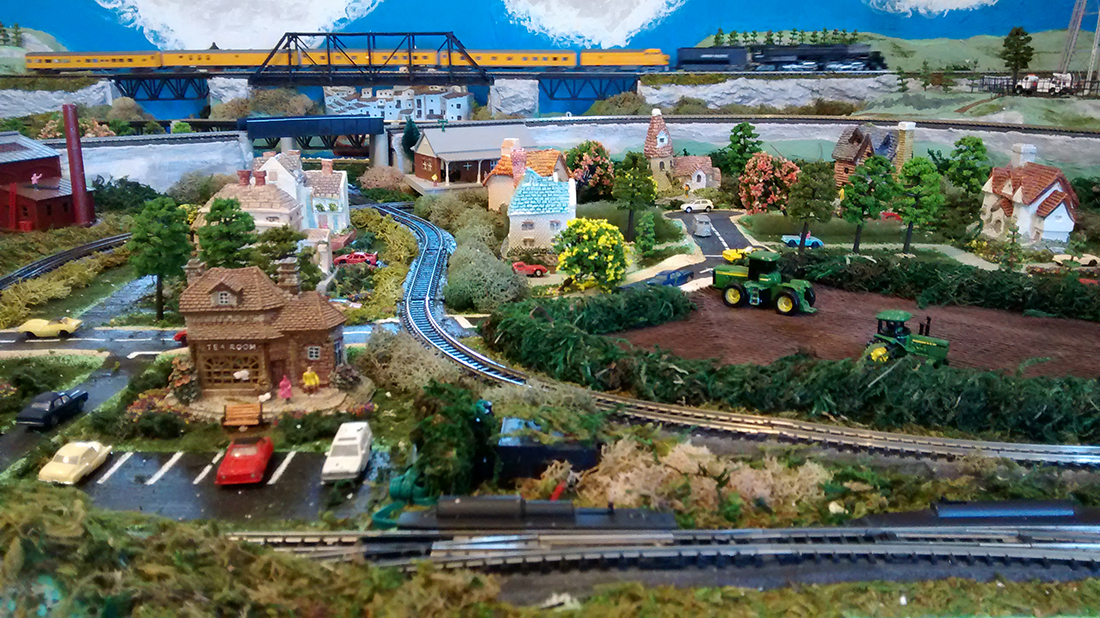 A huge thanks to Bruce for sharing his N scale L shaped layout.

Whenever I see a farm on a layout, for some reason, I’m always reminded of Pete’s HO farm.

And if today is the day you start your layout and joining in on the fun, the Beginner’s Guide is here.

Remember, it’s the start that stops most people… don’t let that be you.