“I contacted you just about a year and a half ago as I reentered the hobby after being out of it for more than twenty five years. I asked if you could solicit your loyal readers and have them give their opinion on what comes first, the buildings or the track. Many responded and it was pretty much evenly split as to their preference.

Subsequent to that time, I joined a traveling modular group called the Miami Valley Modular Railways, which has a very large traveling layout comprised of members individual modules which are constructed to be able to match the neighboring units. They can set up anywhere from 24’ x 80’ to 36’ x 132’. We set up at last year’s NMRA convention in Grand Rapids and are planning to set up in Atlanta this coming May for the 2013 NMRA convention as well. We also travel all over the mid-west to do train shows on average of twice a month from August until May.

It took me almost fifteen months to finish my 30” x 96” unit and I have attached photos of it. I am currently working on 30” x 196” steel mill which covers two units.

The finished grain operation is modeled after the Cargill Processing Plant in Dayton, Ohio, our home base. The backdrop is a combination of that operation and three other grain operations I Photo Shopped together.

The basic principal of the module is to represent a brand new facility next to an much older one which is being rehabbed back into operation. The Cargill plat in Dayton produces both corn syrup and vegetable oil so we have covered hoppers coming in and tankers going out. Next to the two surge bins above the pit building there is a group of men welding the support structure for a third bin.

Hope your readers enjoy the photos. 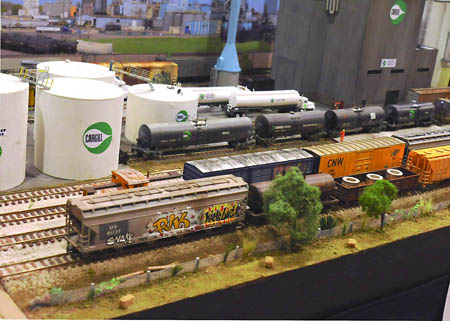 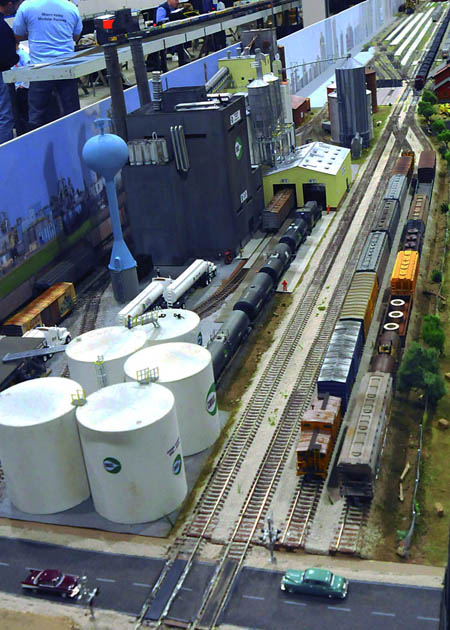 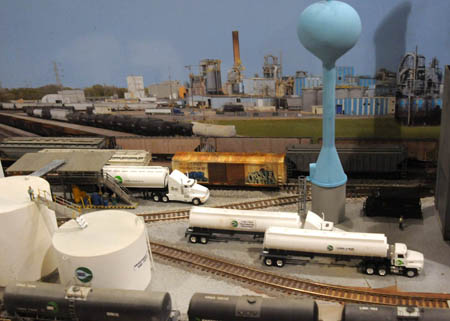 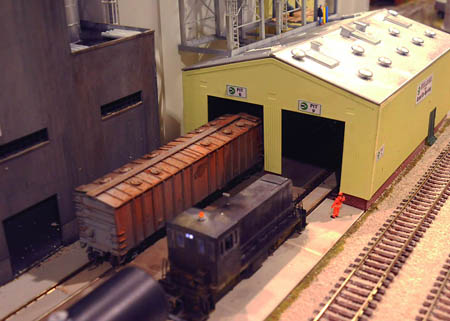 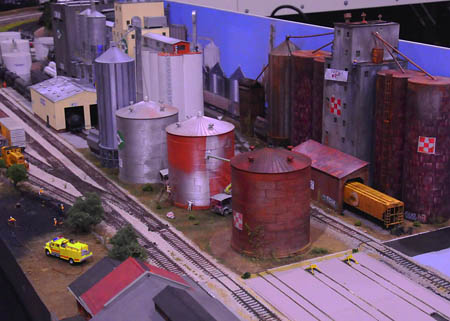 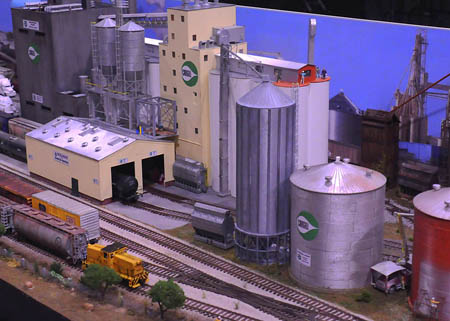 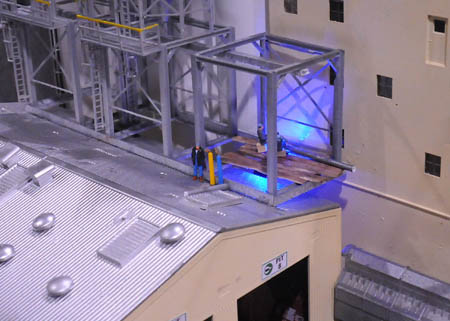 Nice pics, Pat – even if the jury is still out and what comes first, the buildings or the track!

Don’t forget, the very latest ‘ebay cheat sheet is here. Have a look right now and bag a deal.