Here is some photos of my new water tower.

Before I installed it, I leveled the landscape where it was to be installed with clay, then I painted the clay brown.

I sprinkled coarse beach sand from my local beach onto the clay, then poured Pva glue mixed with water and dish washing liquid onto the sand and allowed to set…

The sand is used to make a sandy shingle base for the model.

I then poured PVa glue onto the base, then mounted the model. 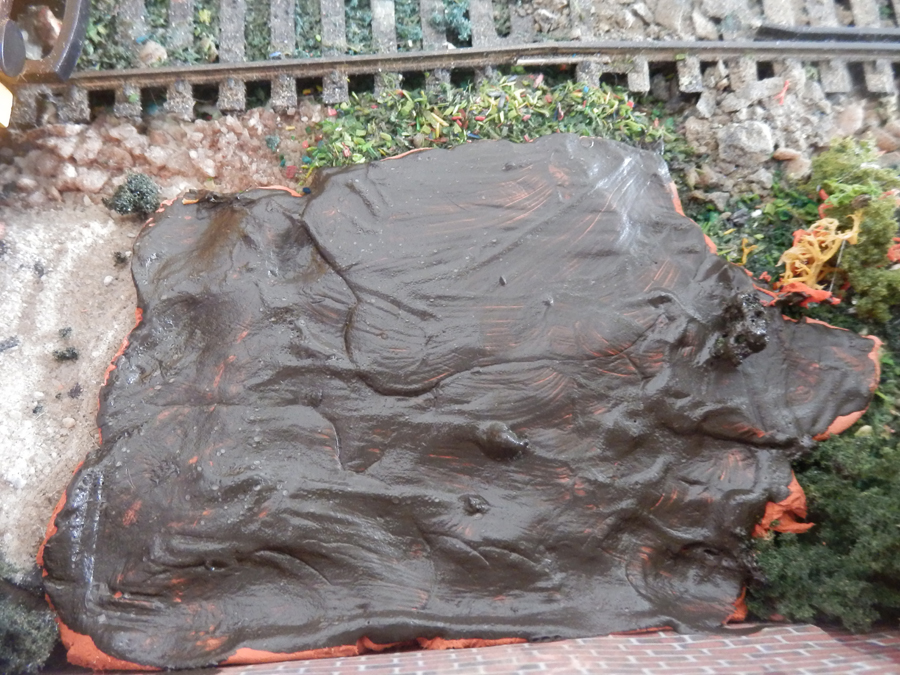 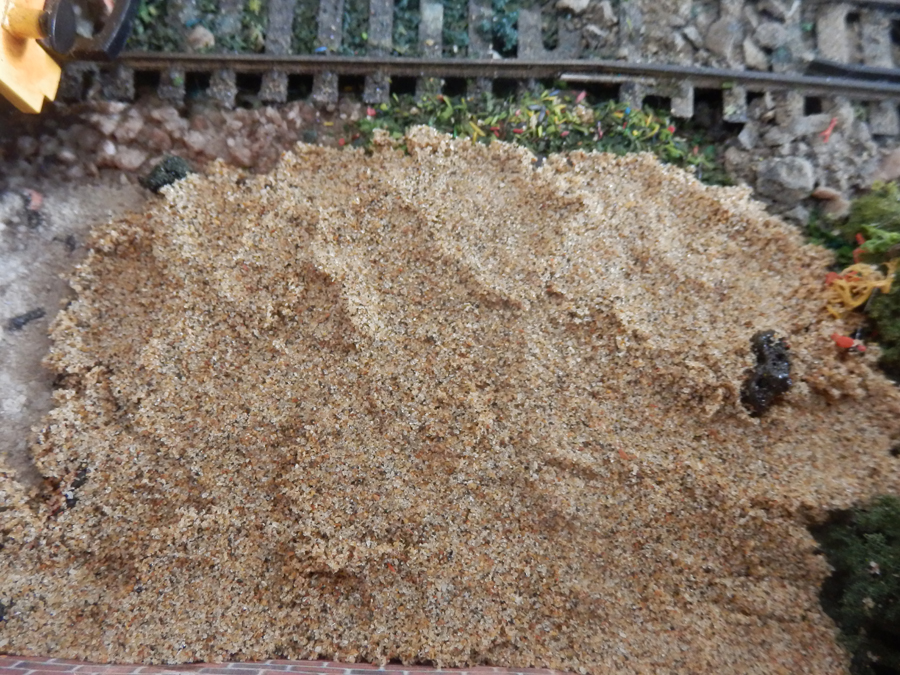 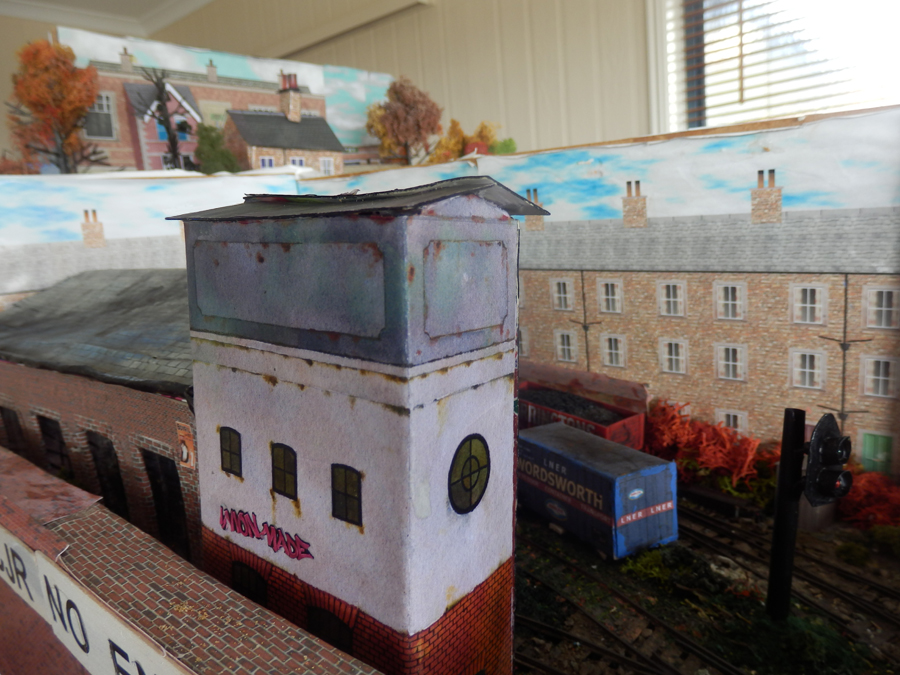 “As I watched this video and giggled to myself about John and his sips or, if you prefer, wee drams, I was reminded about MR articles from the 40’s and 50’s telling how, in the era before styrene, to make layout buildings from unprinted Bristol board (a quality cardboard available in thicknesses) doing just the same sort of thing as John only with much more effort because there was no printing.

Bringing it forward to today, what I’m contemplating for the downtown district is to artfully glue bits of styrene onto big sheets of styrene and for windows, say, I’ll use molded stuff where John uses printed stuff. The more things change the more they stay the same. I feel a trip down memory lane coming on…

Here’s a couple pics and vid I thought you might like. I took em at the Steam Railroading Institute in Owosso, Michigan. It was formed to preserve a Berkshire locomotive currently used for an excursion train. The engine claims to be the largest operating steam locomotive east of the Mississippi. It was the model for the Polar Express movie. They also have an operational tank engine and interesting misc. and models.

Keep up the good work. 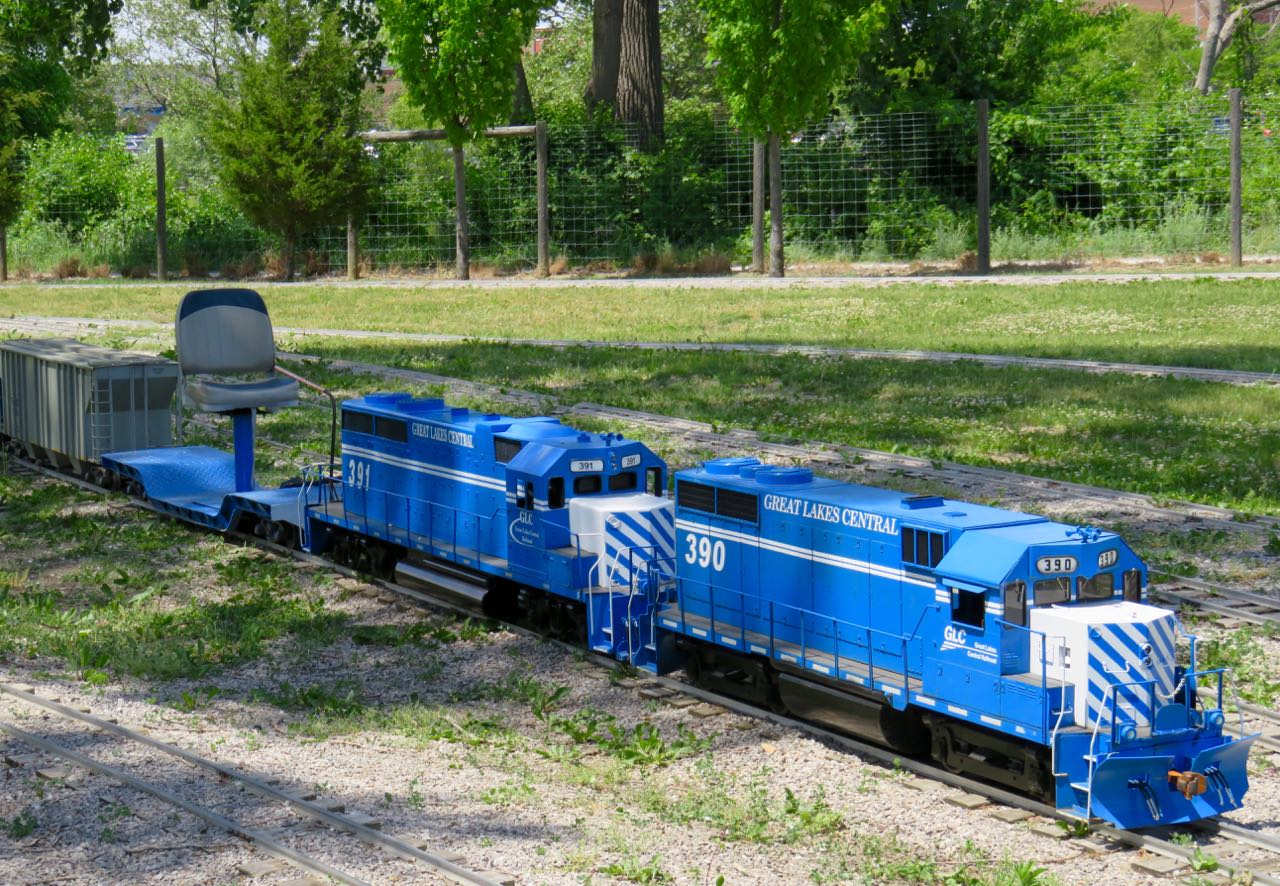 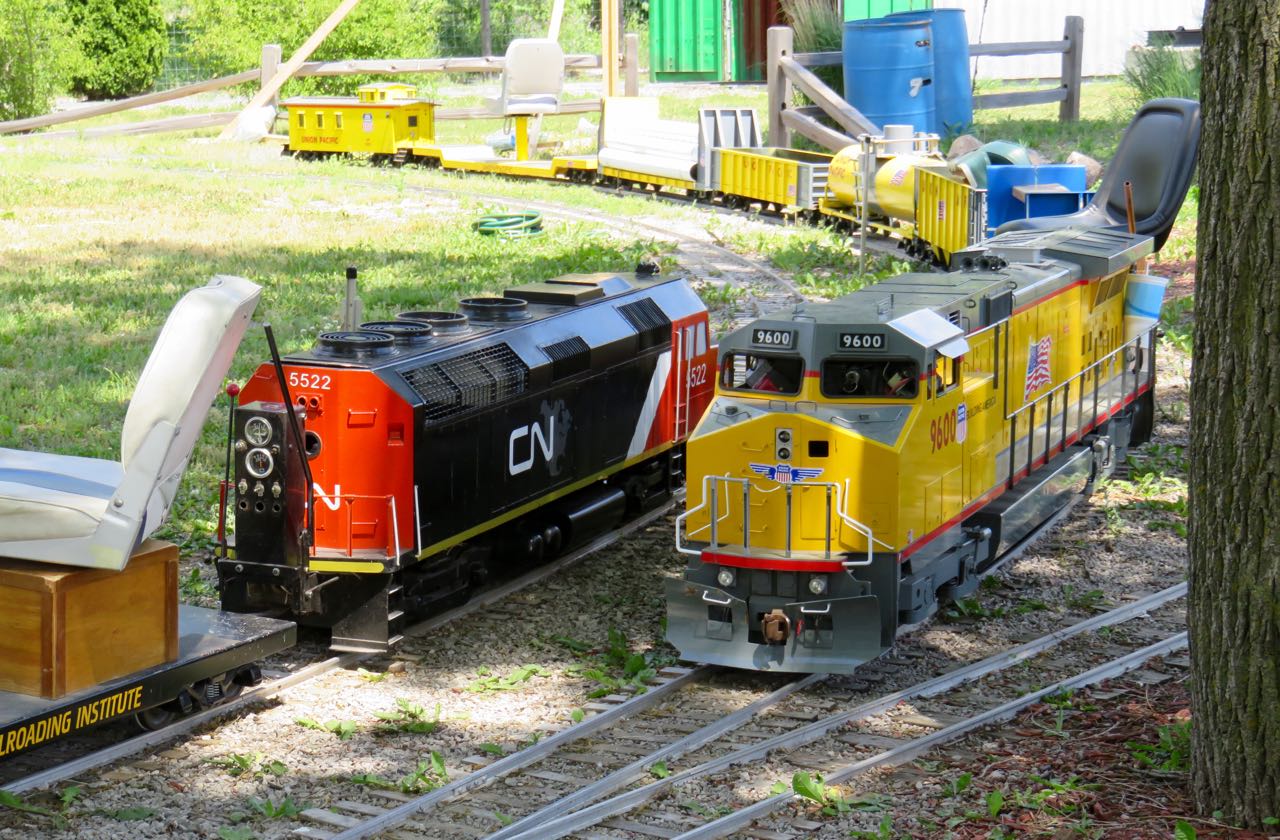 Well not really sure if I’m in the right postion to right this to you, but have followed your site for something like 3 years now.

When I was at school I saved and bought my first railway.

Living in New Zealand there wasn’t much choice, thoughs days (1955) triang/hornby was a bout it.

But visiting a small town in the south Island noticed a shop with a Marklin train running in large ferries wheel, well I was hooked so, saved for 2 years, then wrote to them to buy a set.

Nine months later got a letter to say it had arrived an to be pick it up.

As we lived on a farm far from any town the special day came to pick it up.

Well I still have that set, even though it has’ t been used for a number of years (becouse of living situations) but allways followed modeling in some form.

Well to the point is, I have just had the opportunity, to visit a place in Hamberg Germany called “Wunderland.” ModelBann, it covers 3 foors of a ware house, from trains to planes.

Yes this place is a commercial opperation, but the skill and detail bought to modeling buy these people, takes modeling to a new dimention.

Don’t get me wrong I believe some of the people who have sent things and advise to your site is amazing, and all ways will be, I thought Id write to let thoughs people who may be not aware of this place might be interested in checking it out , or like me was one of the fortunate ones that was able to visit this place.

I hope you didn’t mind me bring this to yor followers attention.

Yes my old Marklin set still runs when I was back in New Zealand 3 yrs ago and god knows how many miles it has done as it use to run every day for yrs. After getting married and the kids were around , it got a bit of a boost in extra locos and running stock, tried to get my boys interested but to no avail, so it sat for some time till we had to move and its never got back into a modeling situation since.

As for getting back into modeling I cant see that happening, but I follow your site with interest and its always good to see the skill of some people and there ideas.

It’s funny, I get mailed most weeks about Wunderland but I’ve never included it in a post. But I thought Ken did it justice so I thought I’d better.

I’m also getting a few mails on the new store (I’m transferring all the buildings from the old store as quickly as I can). Sorry if there was any confusion.

That’s all this time folks. Hope it’s inspired you to get up and get involved. And if you need a helping hand, the Beginner’s Guide is here.