A bit if a DCC theme today – starting with a question from Andrew:

“Take a look at my layout so far…this is the bottom section and I’m about to start wiring for DCC
Any suggestions PLEASE !!!???? for wiring especially 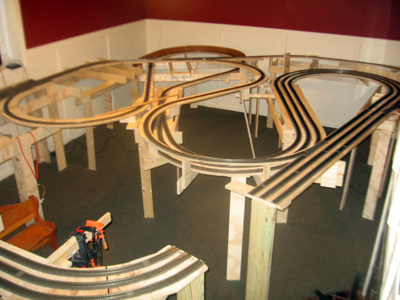 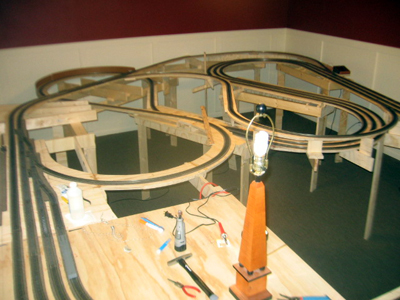 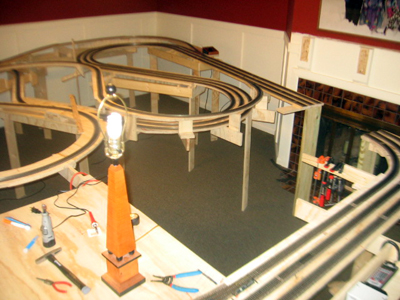 Drilling a 1/4 (or whatever) inch hole through my layout table and then inserting a 1/4-inch (or appropriate) plastic tubing through it so that I can easily route those pesky #26 wires for lighting accessories to the underside of the structure. I love it!

the drinking straws can be dyed using everyday household “Rite” Dye. can be gotten at the grocery store. be VEEEEERY careful with this as it will stain anything it comes in contact with. I got an old sauce pan for a dollar at a yard sale and use it just for this purpose. the old timmey metal ice cube trays work very well if you can find one …

Lots of DCC stuff on the ebay cheat sheet by the way: