Rich (Old Taz) has been in touch with his 8×8 model railroad.

My lay out started as a 4X8 foot 1-inch blue board and has groin to 5X8 foot with a 3X8 foot Extension at one end. I like depth so there’s a lot of up and down.

The layout is called Whisky run.

It was called Tinkers Ville when Tommy Tinker started the coal mine. Tom put his hole hart in that Mine and made a go of it.

All Tom did was work, He never married. It was just tom the mine, the town.

And Petty his cat. When Tom died, they bearded him and Petty in one of the abended shafts.

He left the mine to the town. I like the late 40s and early 50s you’re going to be able to tell.

Prohibition hit and the town saw dollars. Thay put two stills hidden in the mine, they were making more on Whisky then on coal. They come from all over. (where are you going? whisky run).

I’ve had those two tables in every position you could imagine and finely came up with this one.

The 4X9 is on wheels and can be moved so I can work on the backdrop. Theirs a slide device on both

That way they will match each time. There is a train or engine at both the coal mine and the sawmill hat will be on its our self-reversing track.

There are three cam fires on the two on the rim and one on the river.

O yes Whisky Run has over 25 miles of the fine’s trout fishing in the north west. (Whisky Run)

A lot of the buildings are held in place with magnets so I can remove them and work on them on the Work beach. At first, I was using two magnets. (expensive) Now one or two. Using a heavily threaded wood screw epoxied to the center of a washer about the same size as the magnet that way you can raise or lower the platform and remove it to be worked on.

I started being every switch I could get my hands on. Rong thing to do not all worked that well or didn’t work at all. The springs didn’t hold or they would open after you went through two times.

Looked at a lot of switch motors. I decided to make my oun to my specks.

Tell the next time some wear in Montana. 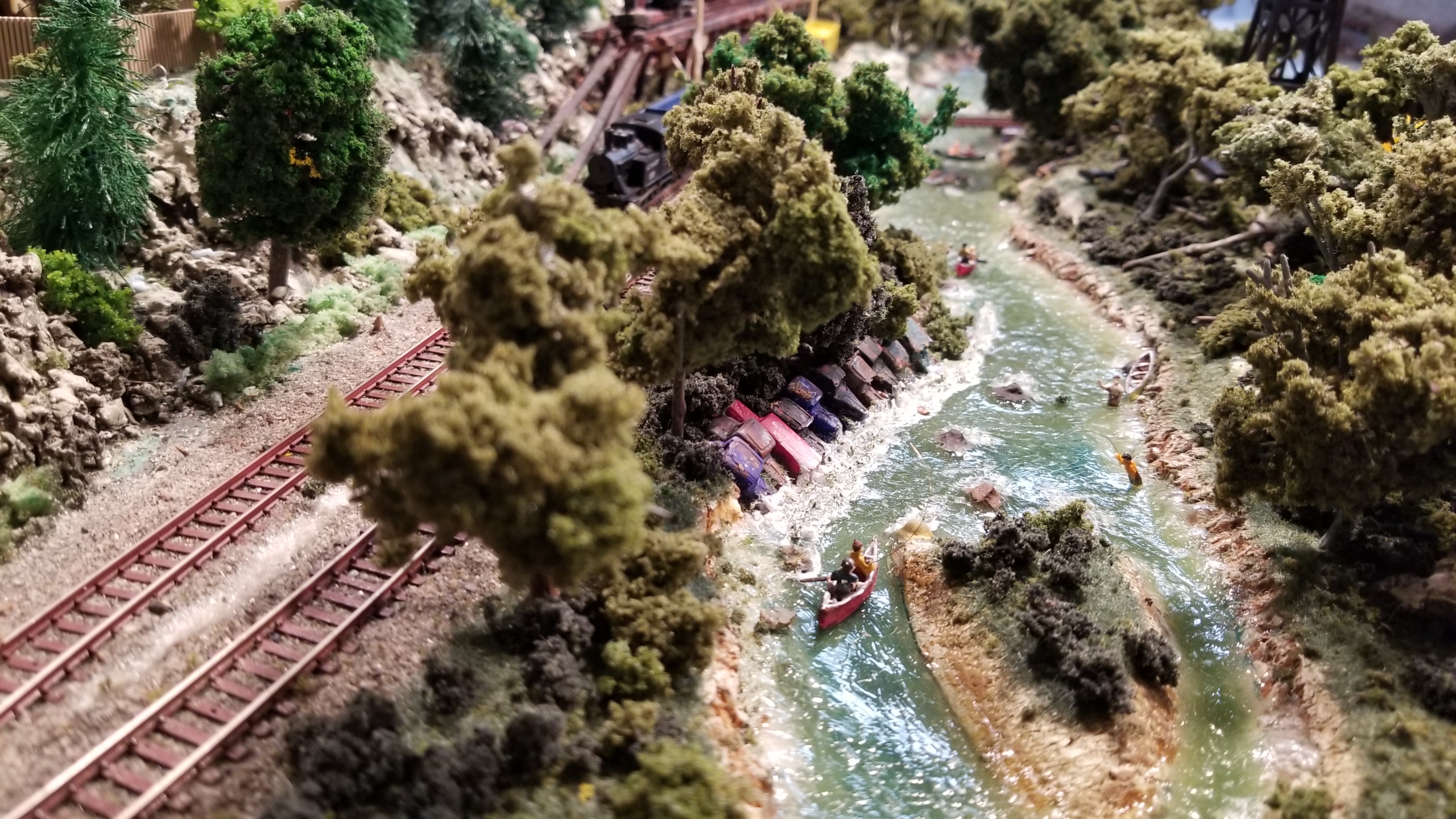 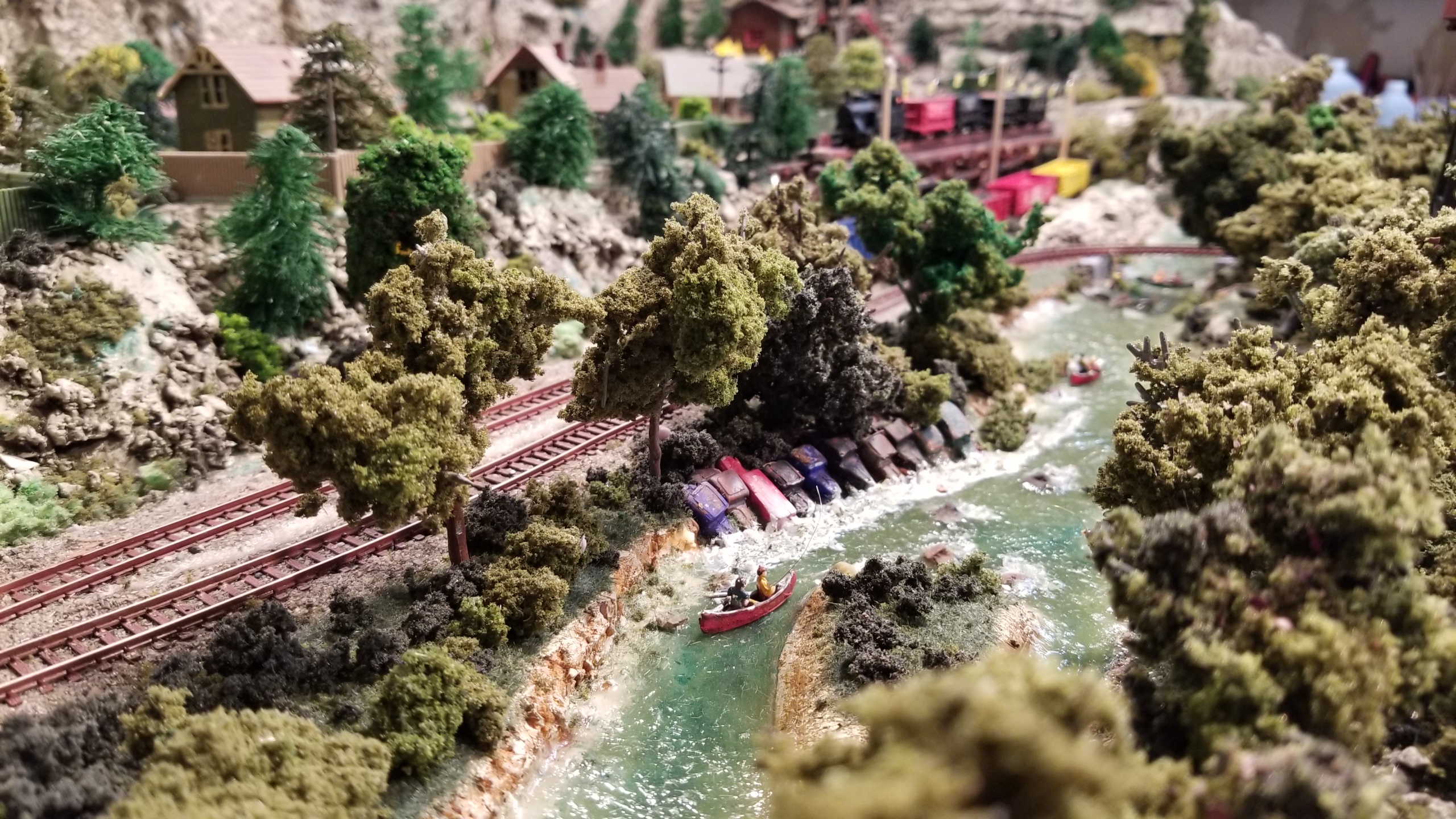 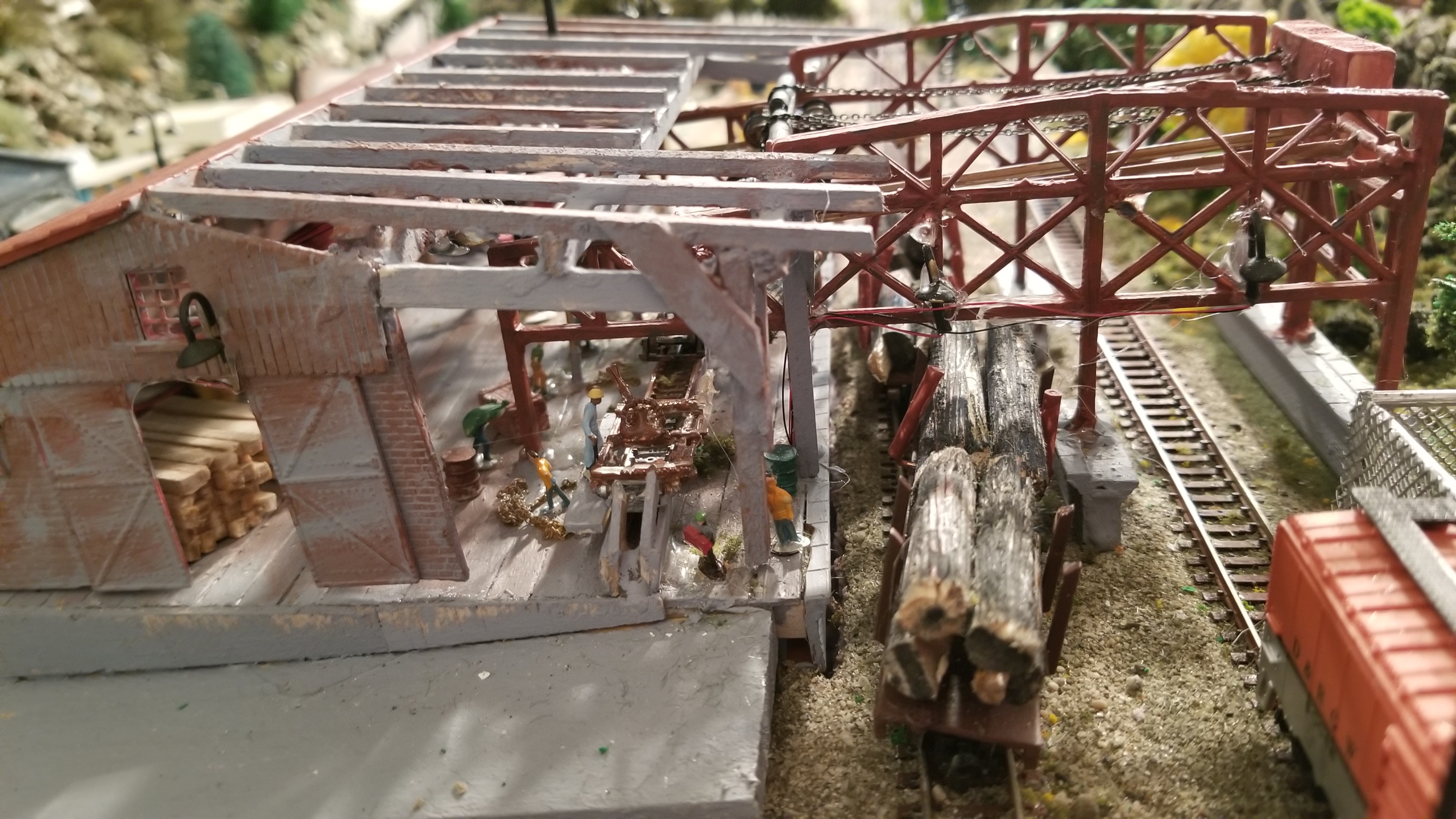 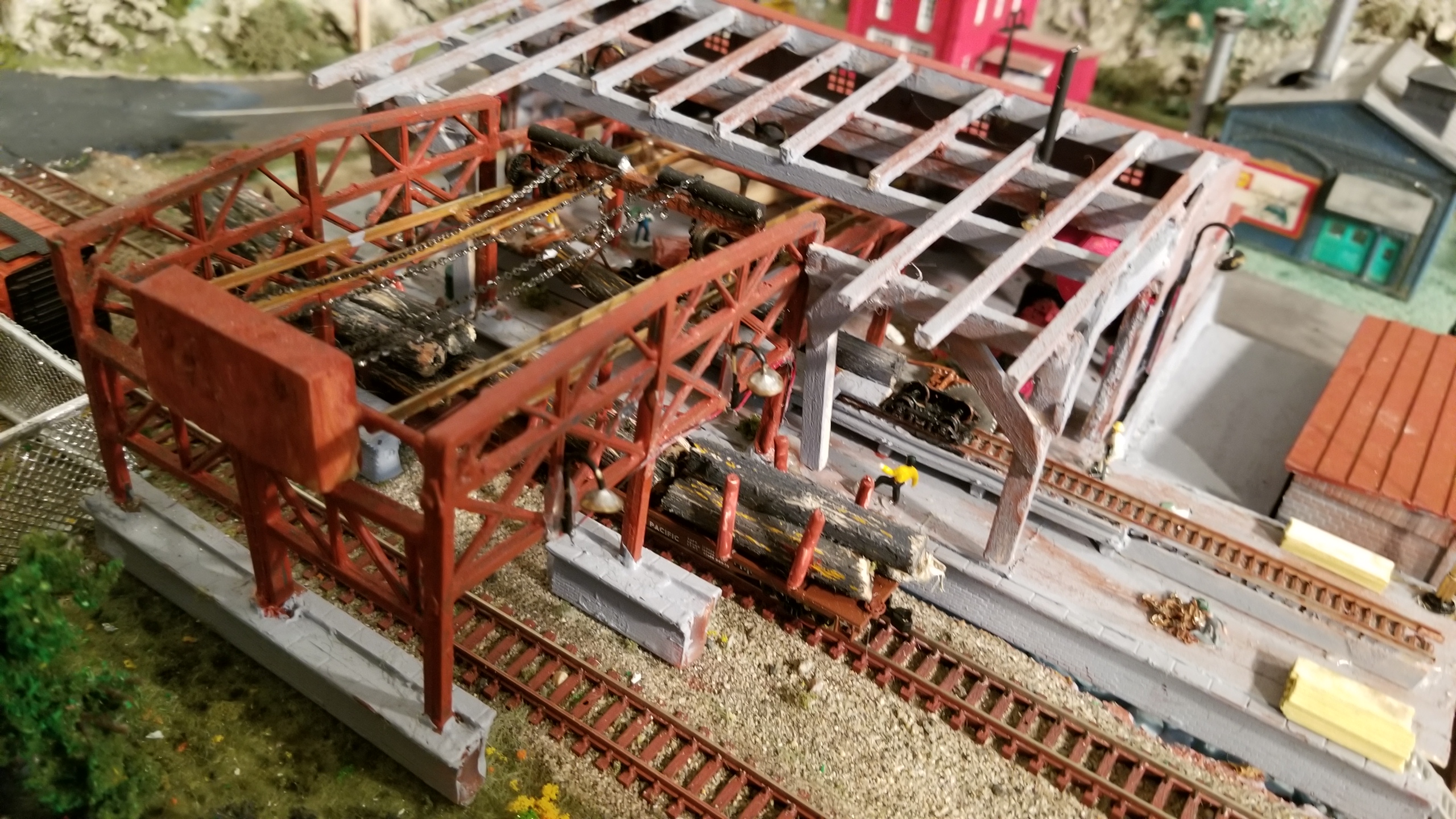 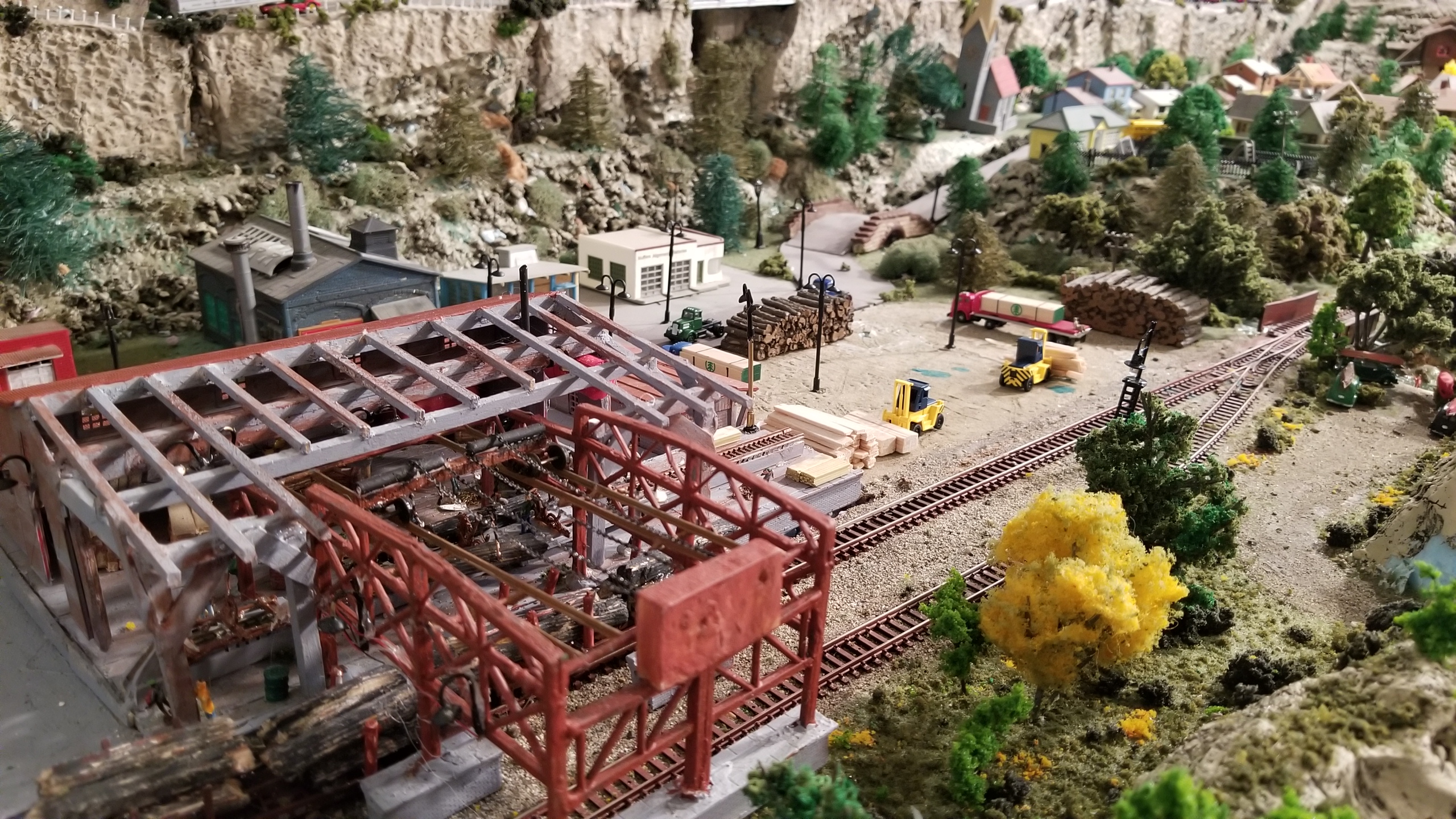 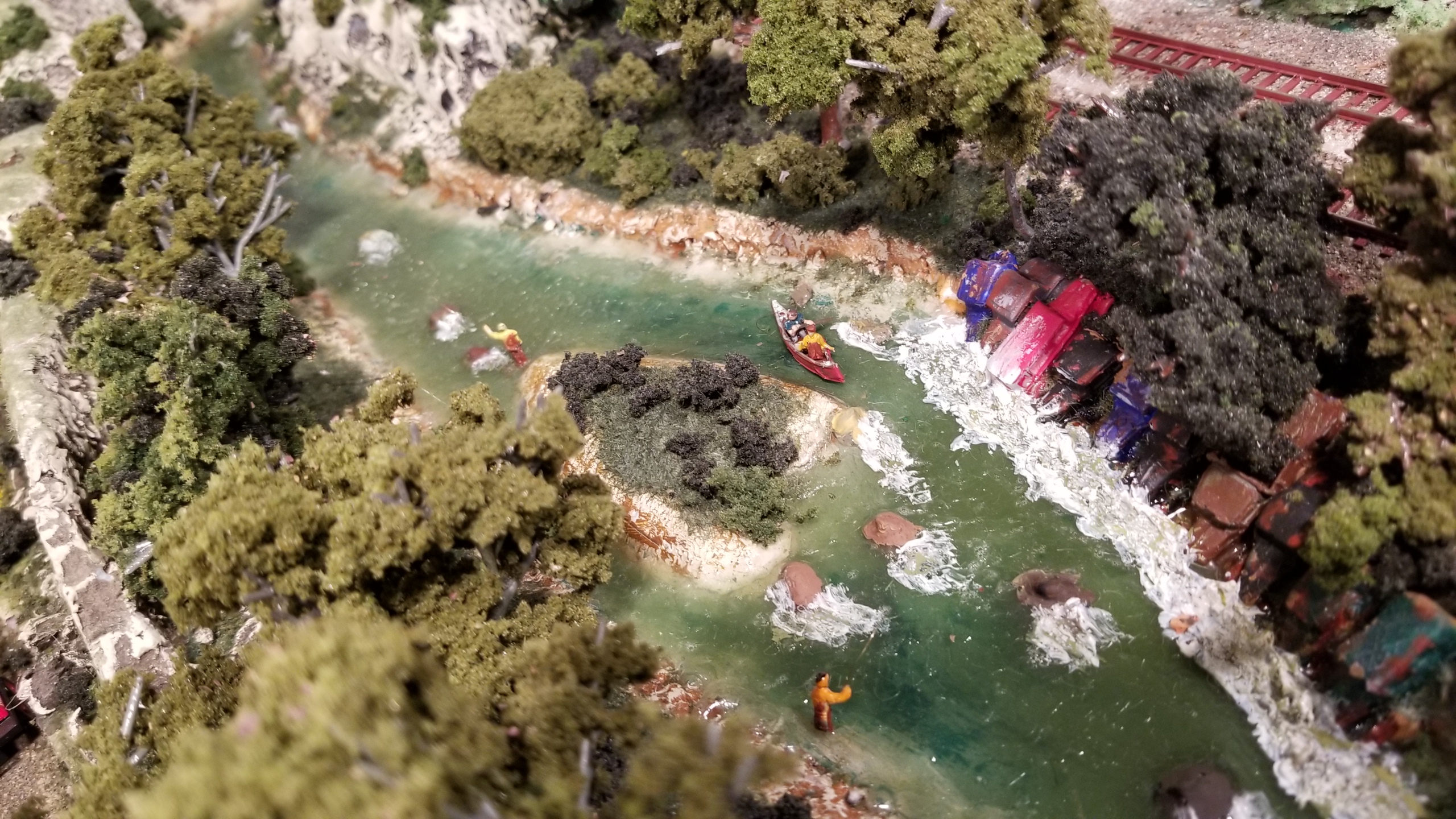 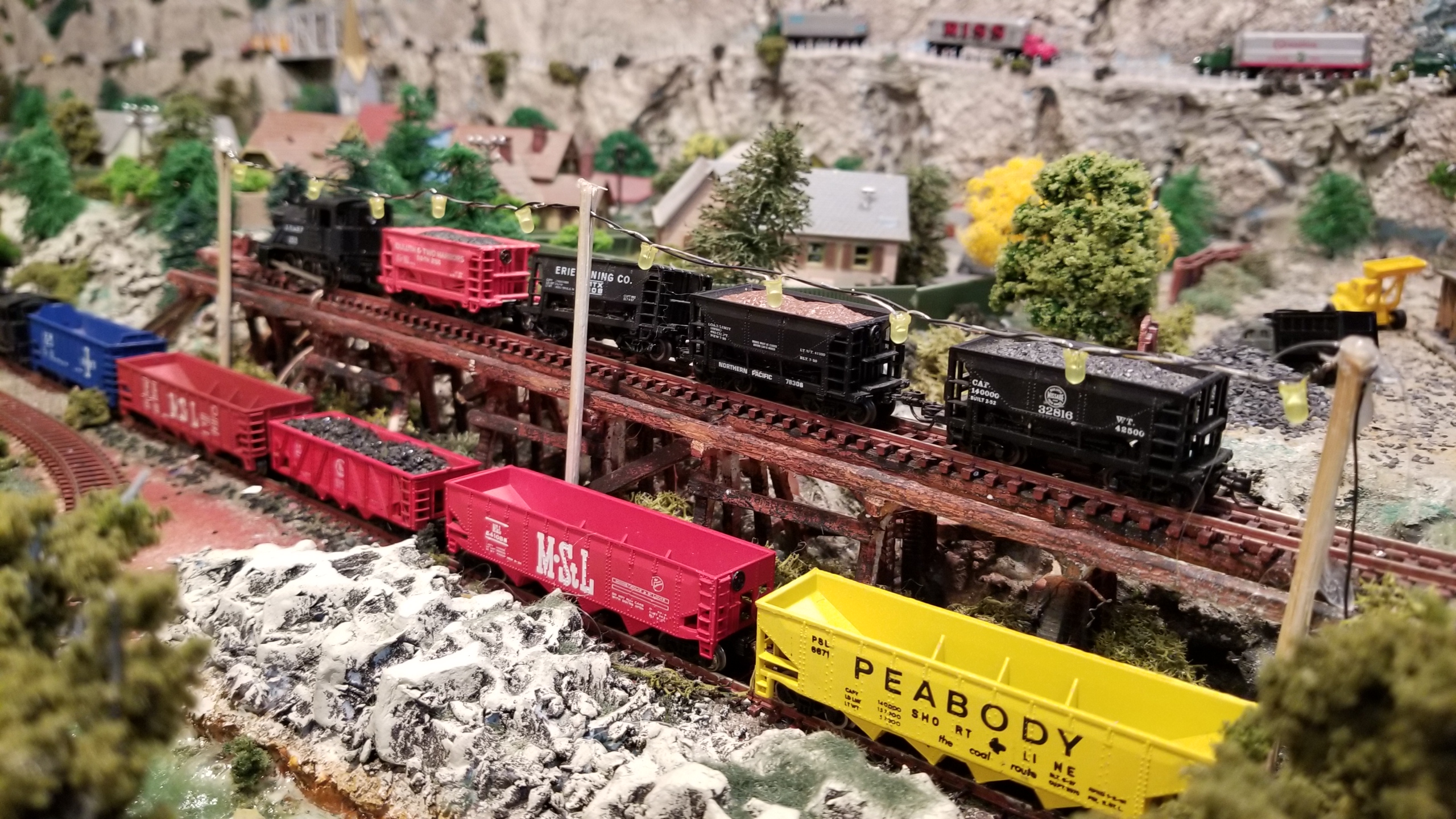 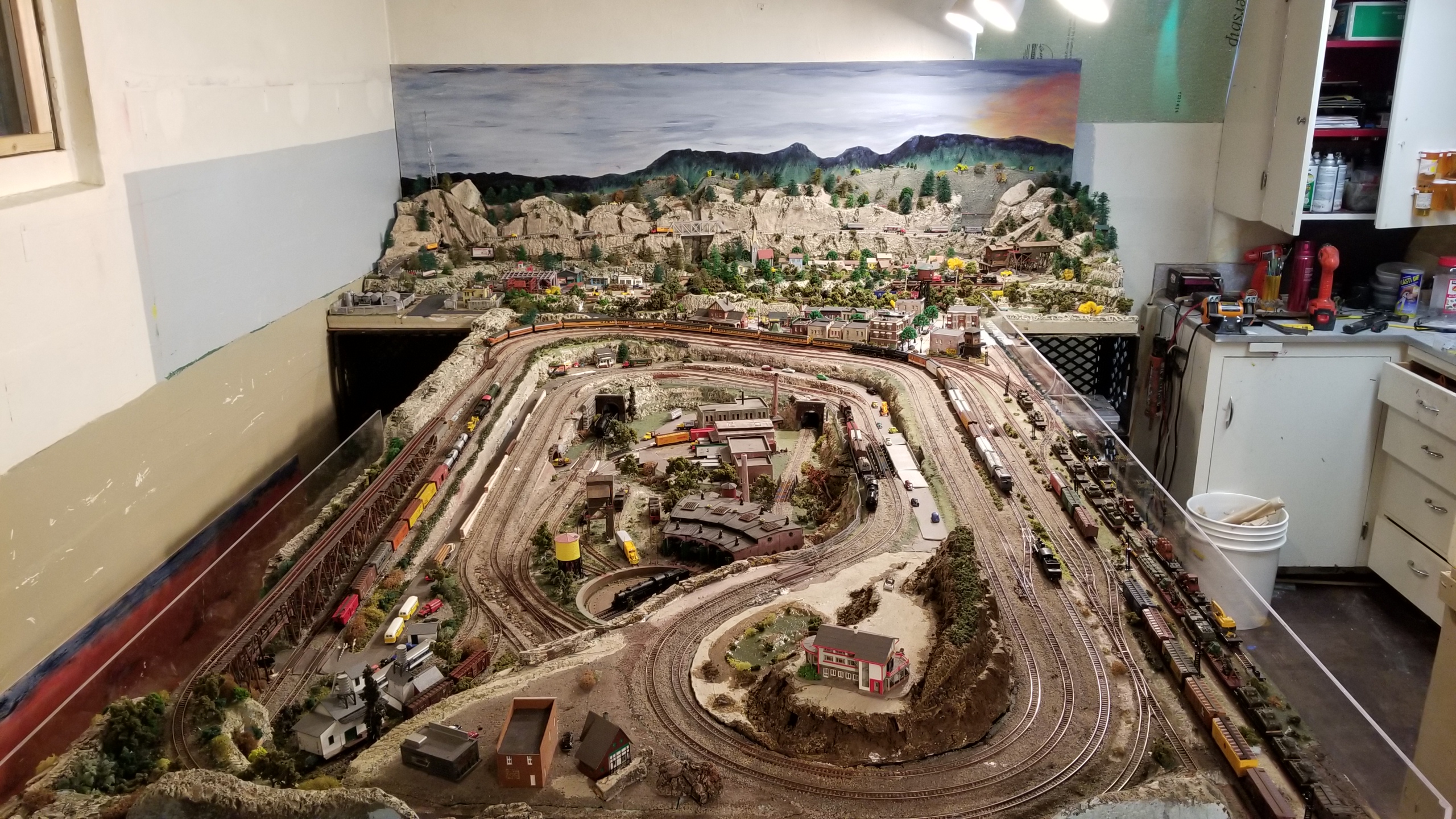 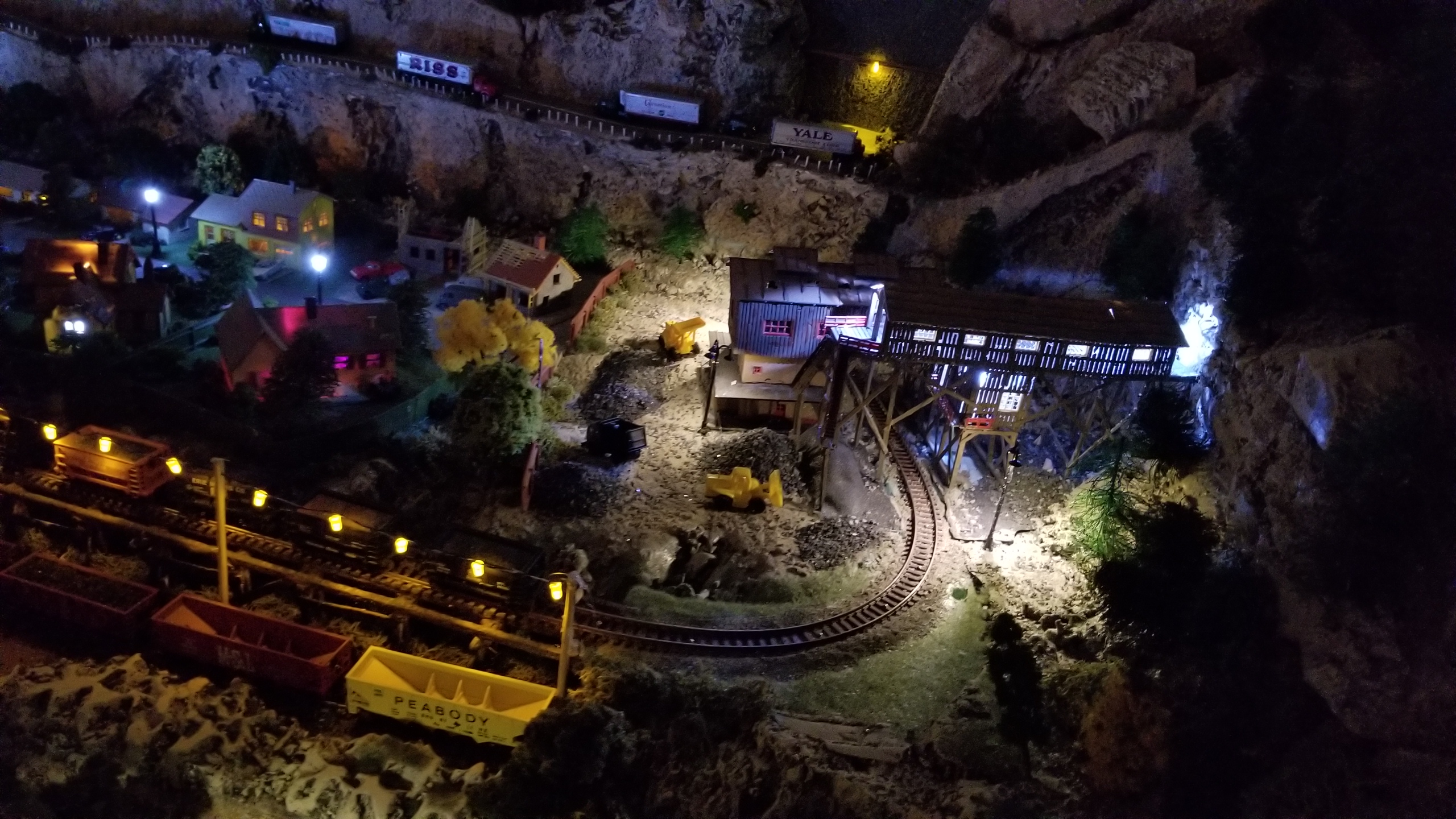 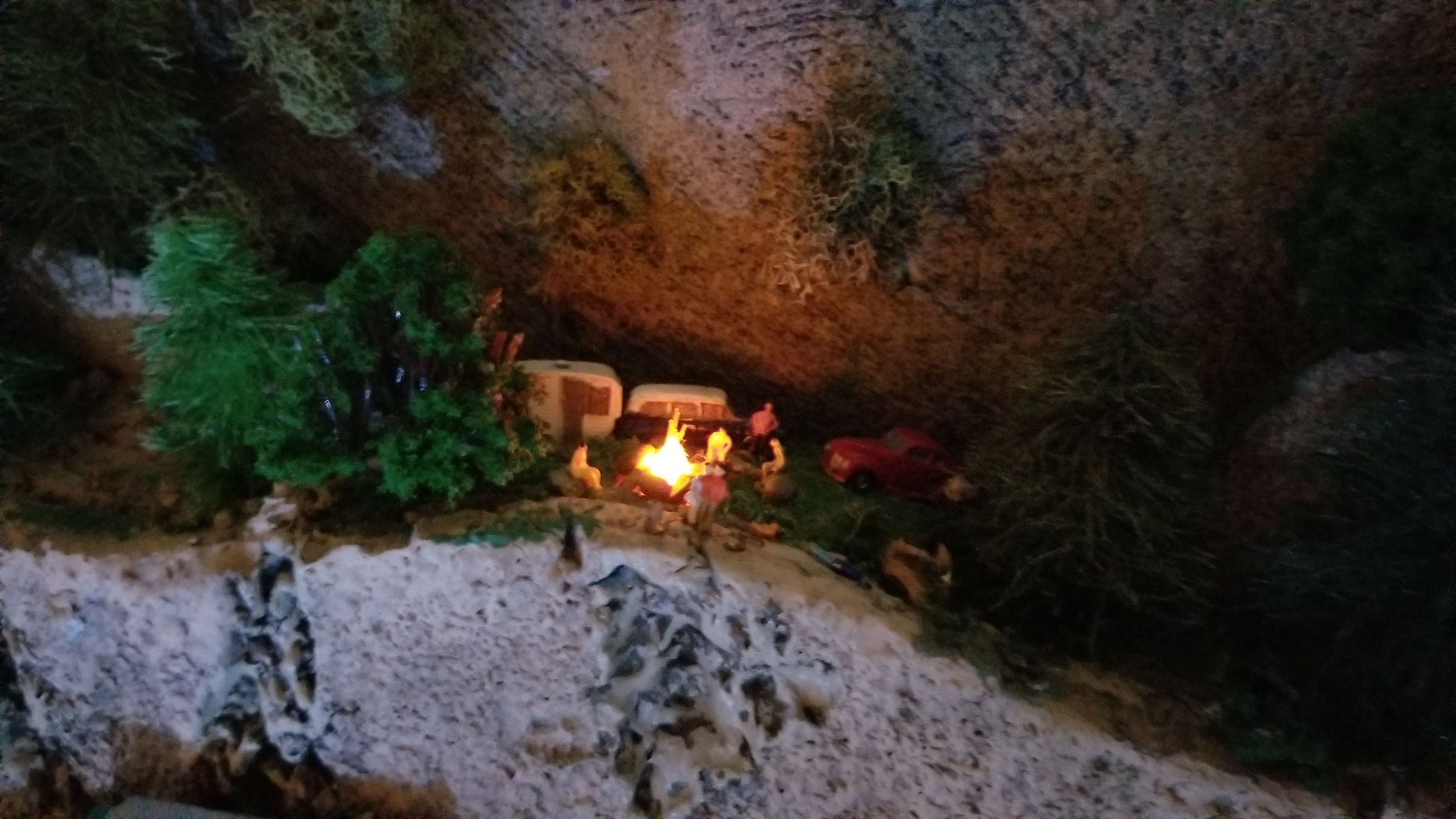 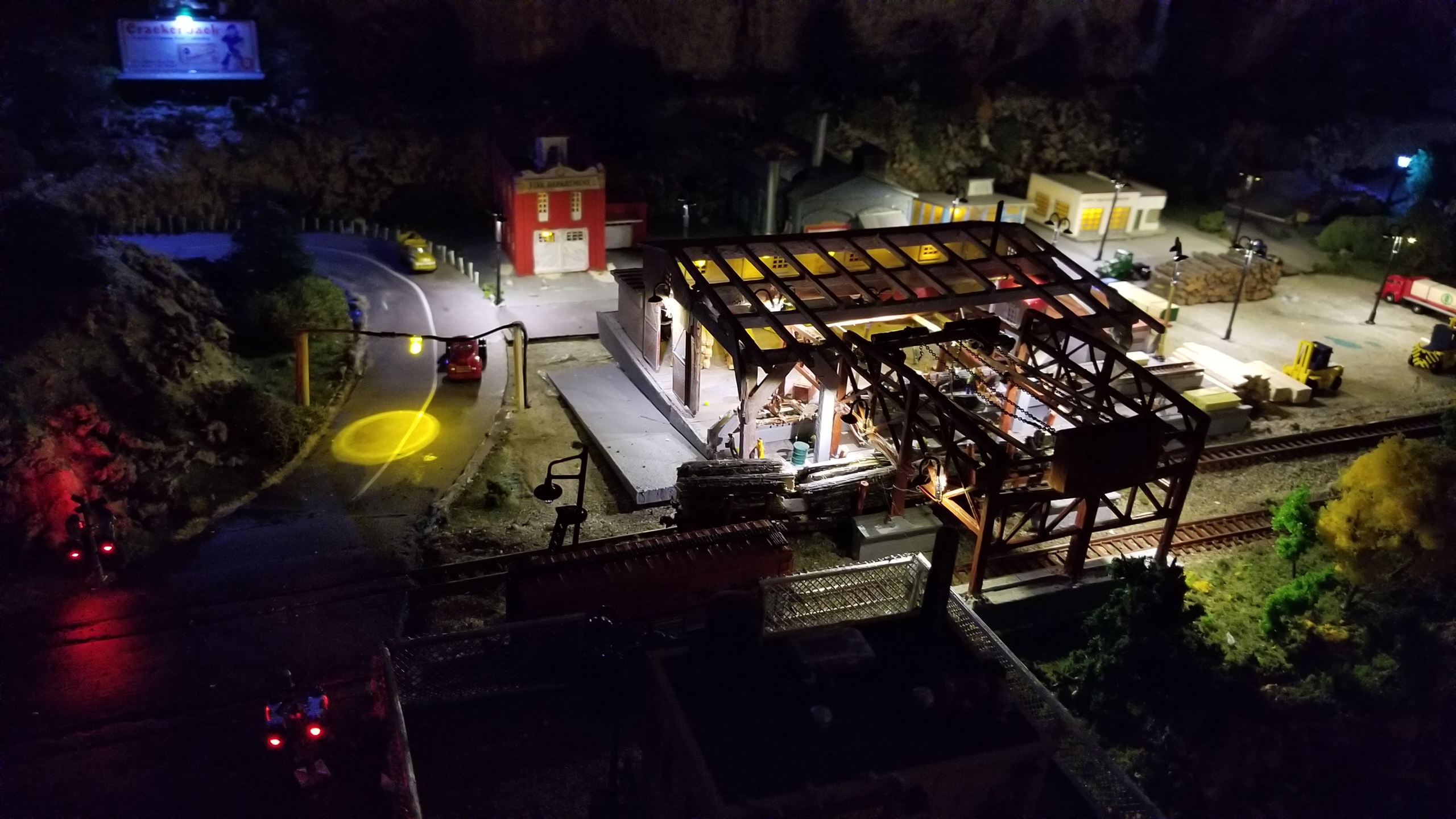 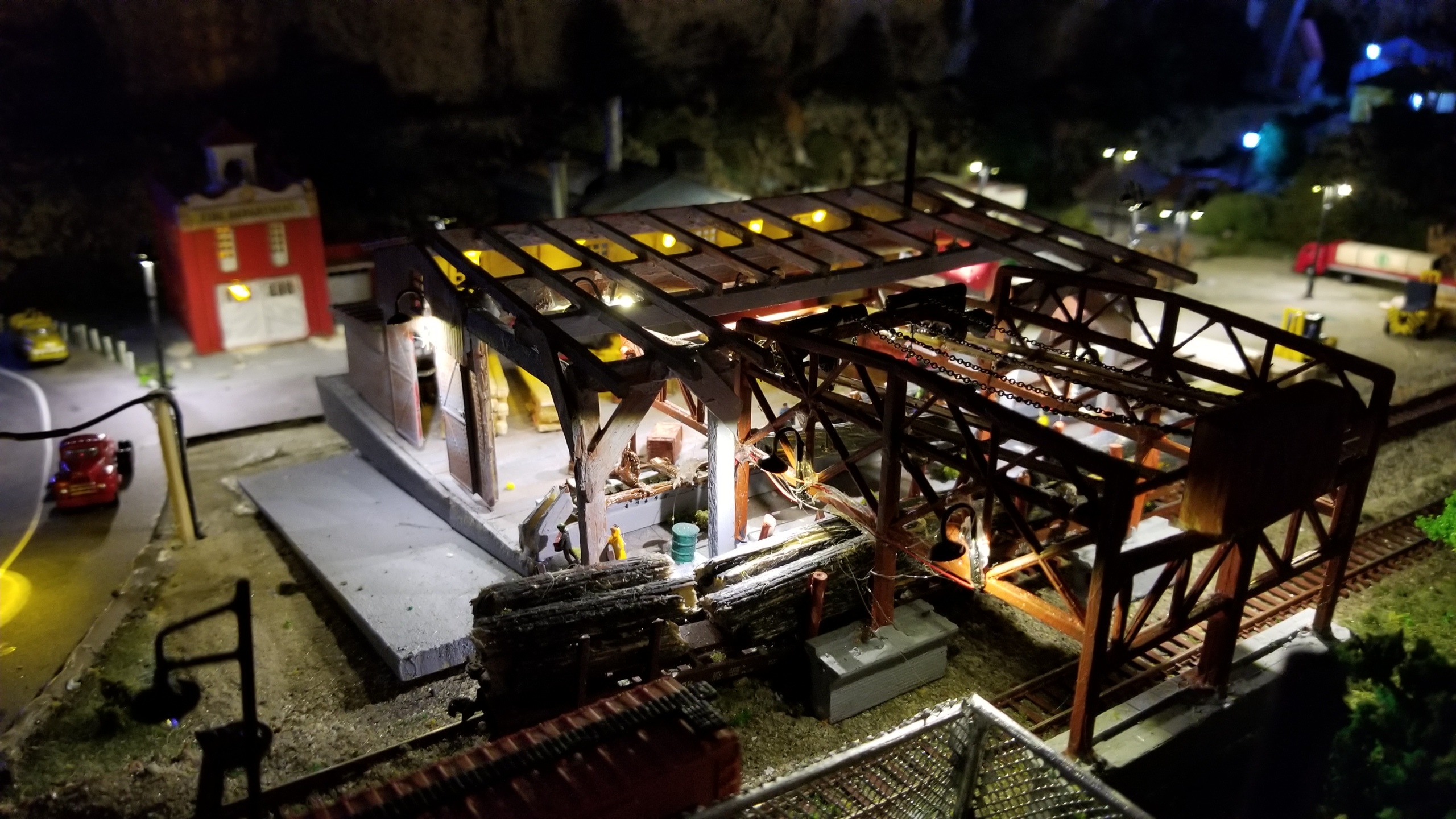 My word – what a layout.

A huge thanks to Dick for sharing this.

And don;t forget, the Beginner’s Guide is here if you want to stop dreaming and start doing.