In the blizzard of emails I get each day, I missed a really important one from Dick (I posted his layout yesterday).

Well, it turns out, there is a back story behind the back story.

Here’s his first email which I missed:

I live down the street from the Zephyr. Dick and I met several years ago and have been close friends ever since.

I was restoring cars at that time. My health went south and I had to quit and sell everything that had a stick shift.

I’m no spring chicken either Al. Some new parts some rebuilt, some added, some removed and some we are watching.

My dad and my wife’s dad both worked as switchmen dowering the WW2. One in Minnesota and in Montana.

When my dad was building the trains longer, to come across the plains, her Dad was taking them Apart to make up shorter trains over the divides. Then vice a versa.

I have been following Al and the rest of you for about five years or more trying to absorb what I can.

The first train I can Remember having, Dad and I had to save five box tops off a chocolate drink mix and send them in with a Dollar. You could order a “A” unit (no motor). Then five box tops and a dollar baggage car and so on. I drank a lot of chocolate that summer. I got the motor for my birthday! No track! That came At Christmas.

That was it for trains till I went to work at The Toy Chest (age 22). Engines passenger cars, box cars, Buildings, track, all N GAGE. My first wife said I was nuts. It all got packed away.

Around 70 I decided I could not restore cars any more. When you can’t feel with your fingers you need to see what your touching.

I met Dick down the block and seen what he had as a hobby. Dick is a close friend we bounce ideas off each other all the time. Mine are better!

Here are some pix of my start.

It started in the garage on a pace of cardboard.

Then to the basement, gluing down my first piece of blue board I dislocated my new right hip.

It all went down hill from there! 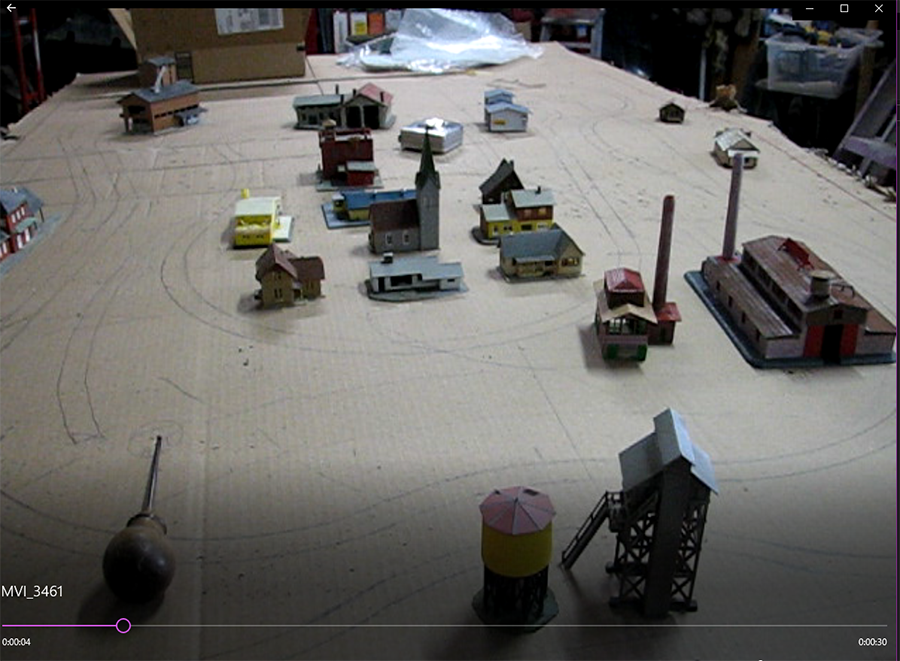 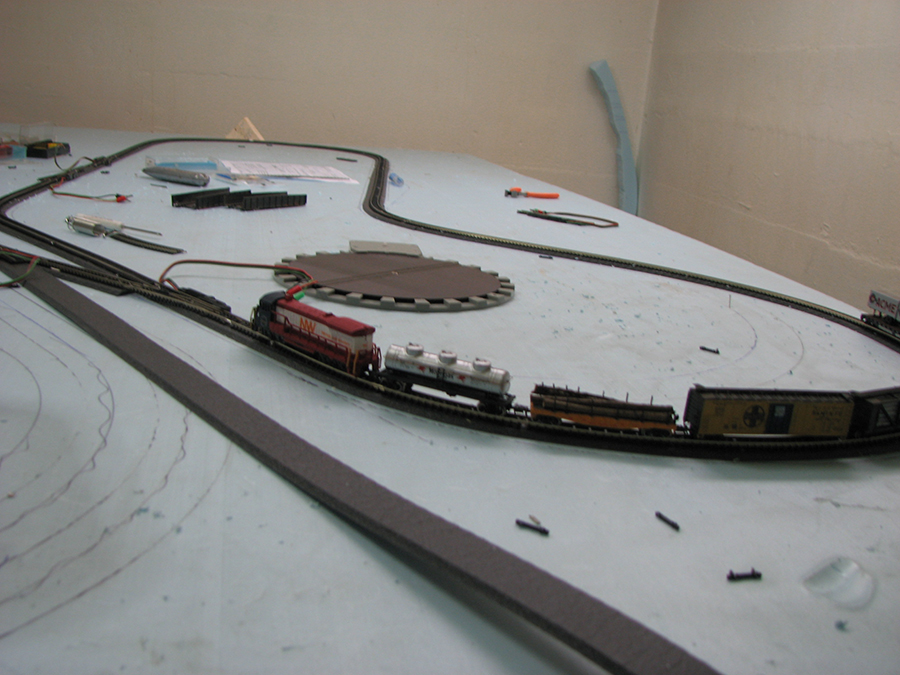 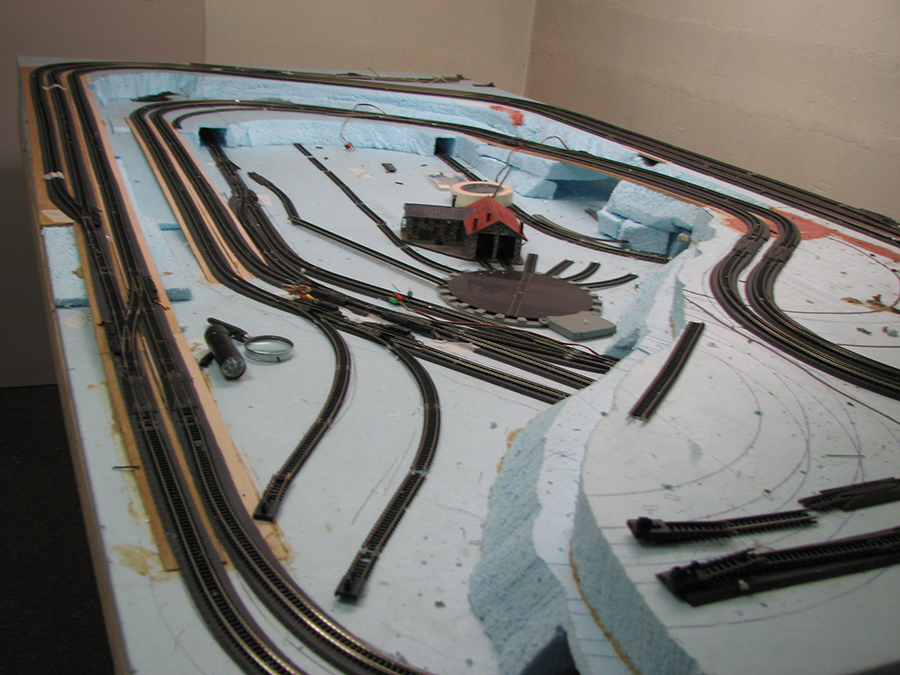 You know how I’m always banging on about making a start?

I think Dick’s pictures above show in spades all layouts start with a single step. Look at how his finished. Amazing.

So make that start!

Now on to Linda. Way back, she sent in pics of her wonderful train room. Well look at it now:

I really appreciate you publishing my train depot and especially all the kind remarks and comments given.

I thought I would send you some updated pictures.

This project began when we purchased a headlight from a train steam engine at a flea market. Well right around the corner from my Train Depot I had a frame made to mount the light on. From there I got a sheet of plywood and cut out the shape for the front of the train. I painted it black.

I found an old tool box of my fathers and attached it to the front. I came across a plastic “half barrel” that had a beer insignia on the front. I turned the beer ad around so there was a flat surface. I found a Pennsylvania Railroad sign on eBay which fit perfectly inside the center of the barrel.

To make the “rivets” around the front of the body of the train, my husband suggested to get carriage bolts which I did. I measured and drilled holes which the bolts fit nice and tight.

A friend gave me a grill from a 1949 Packard. I also had some metal bands from wooden barrels to use for the cow catcher. Another friend welded these together for me and we bolted it on the front.

I got some wide sturdy cardboard from the local Electric Cooperative where I had worked. It was used to wrap around the large electric wire that comes on large wooden spools. I cut it to the correct width then stapled it around the sides of the train and painted that black as well.

I put a light in the headlight and under the cow catcher. Then I set a lighted train switch beside it.

Over time we found a PRR step stool. Also found various train schedules from different lines, a small section of rail track, and some authentic cast iron signs to add to the collection.

I tried to show the various stages as it was built.

Hope you will enjoy this. 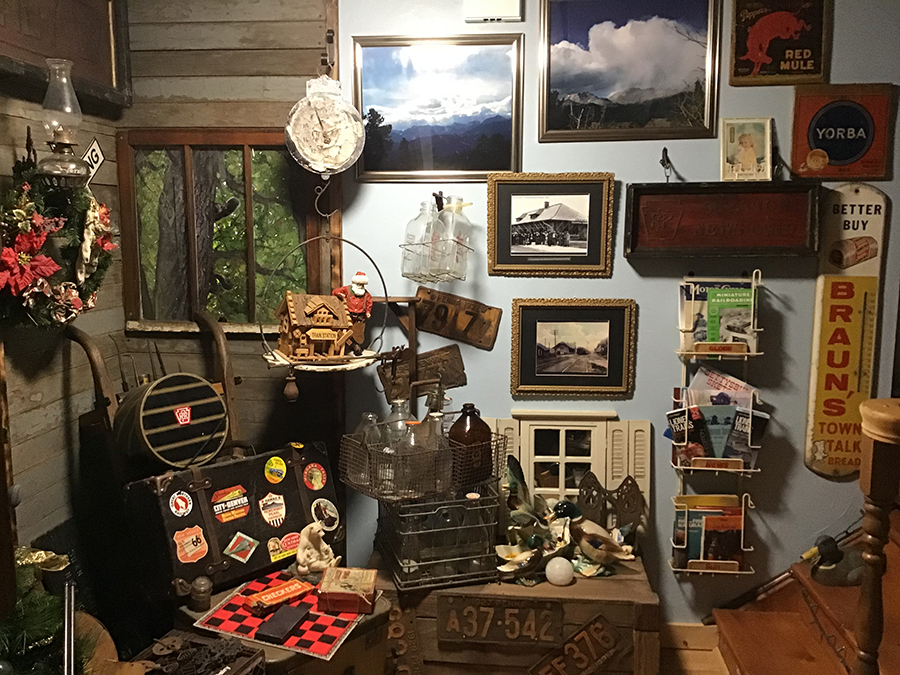 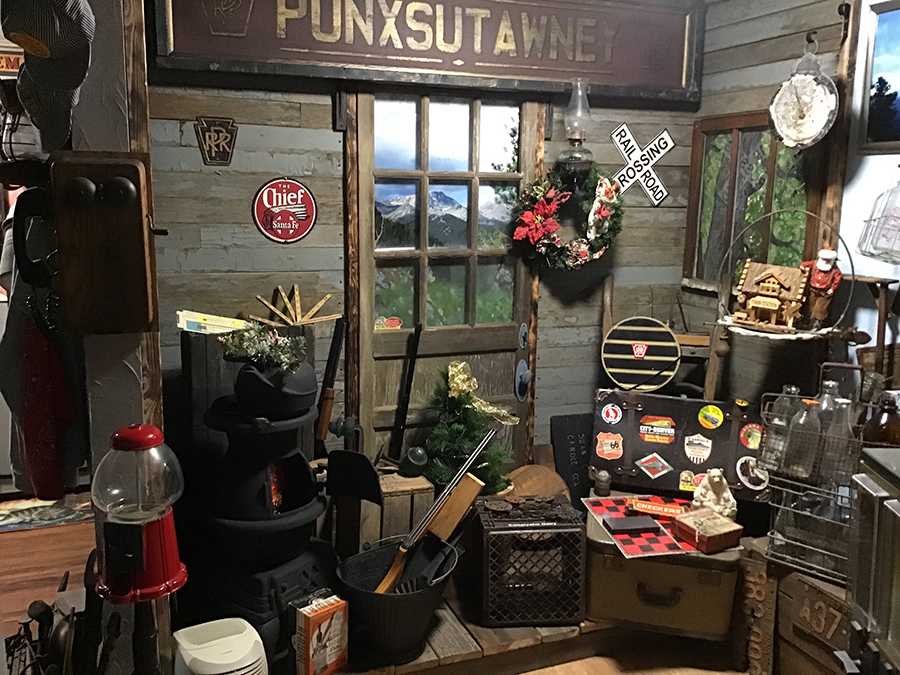 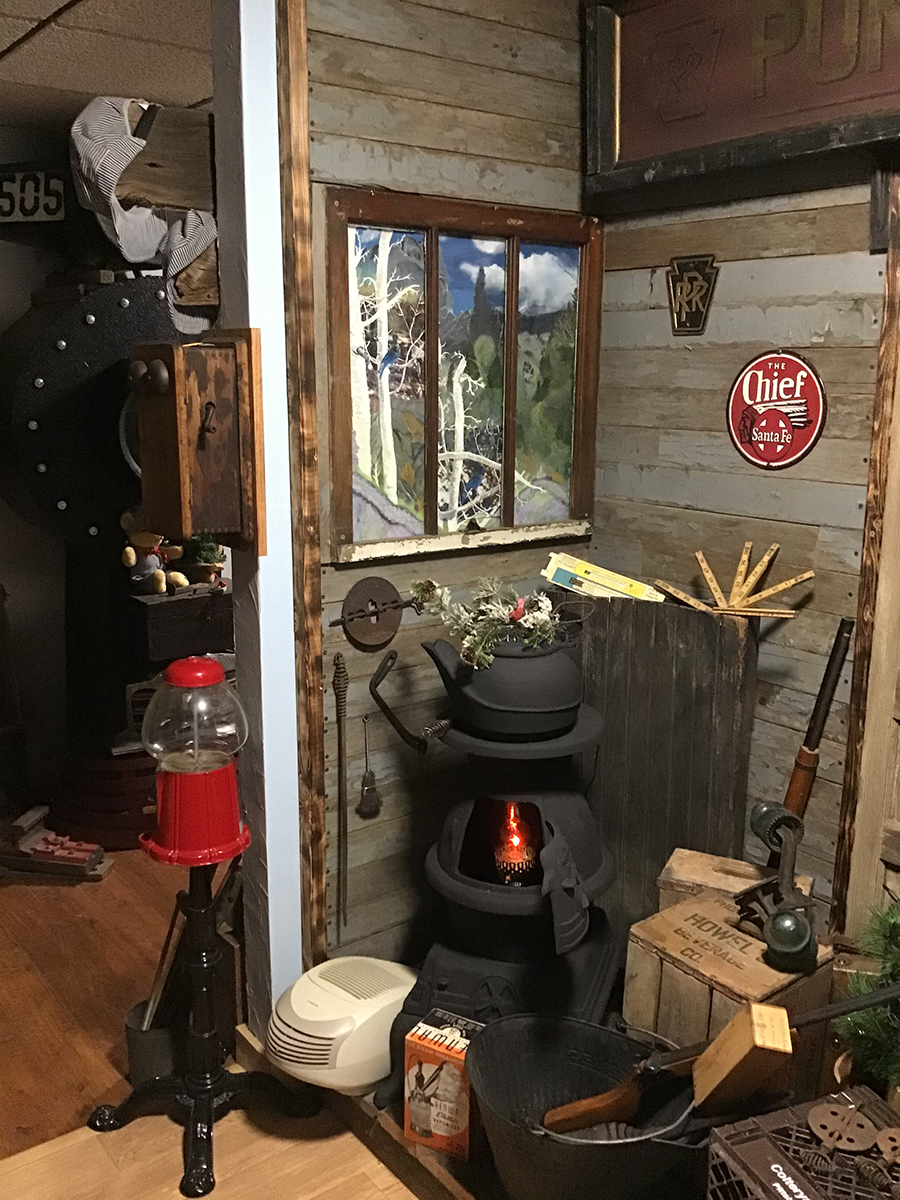 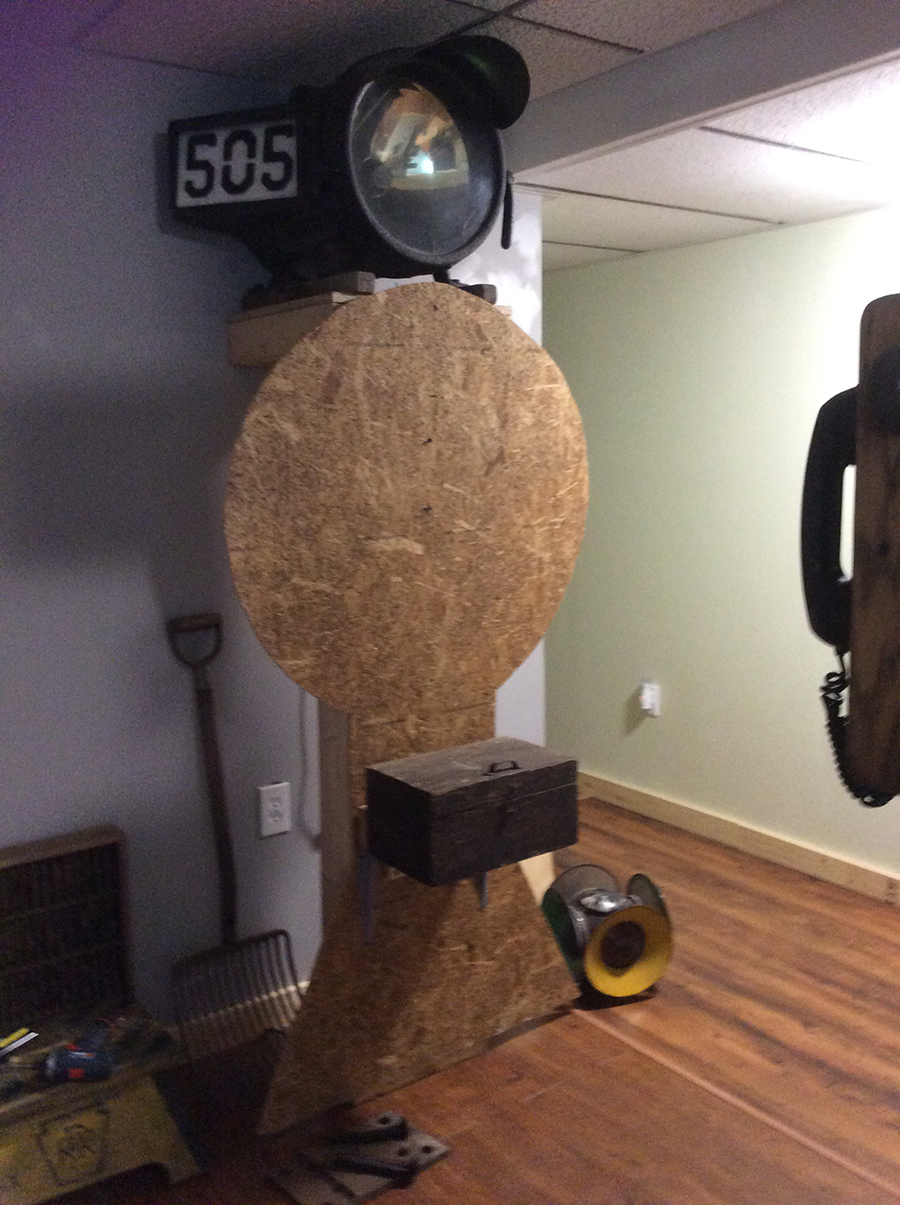 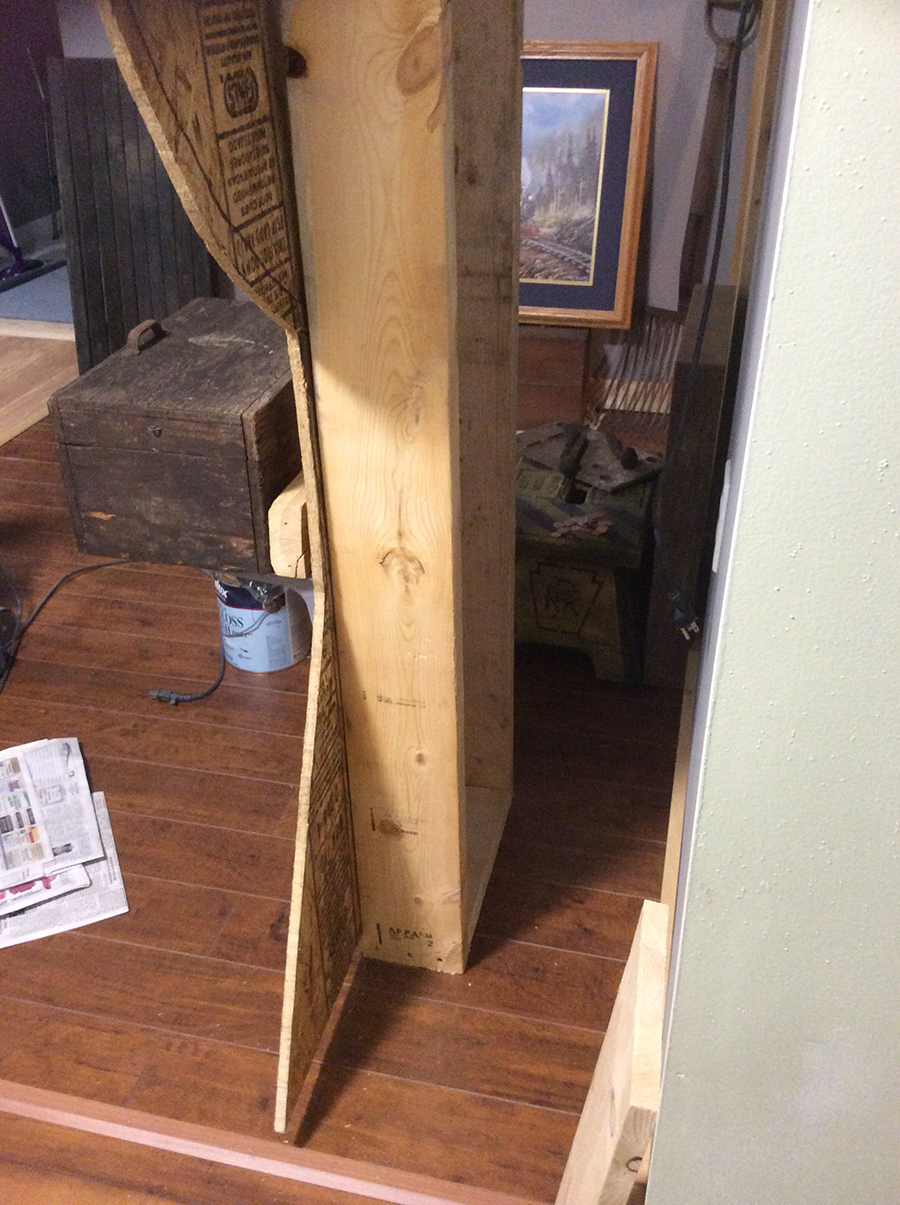 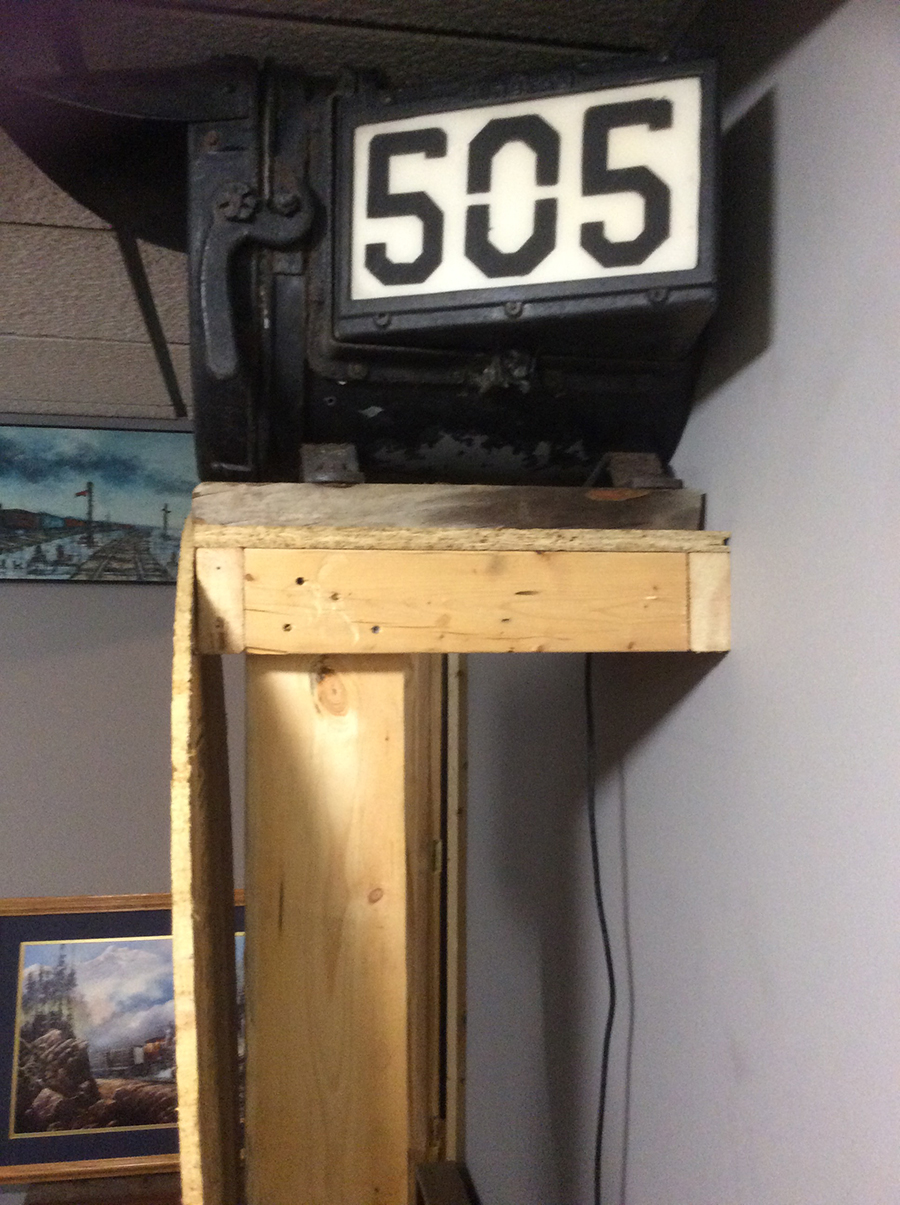 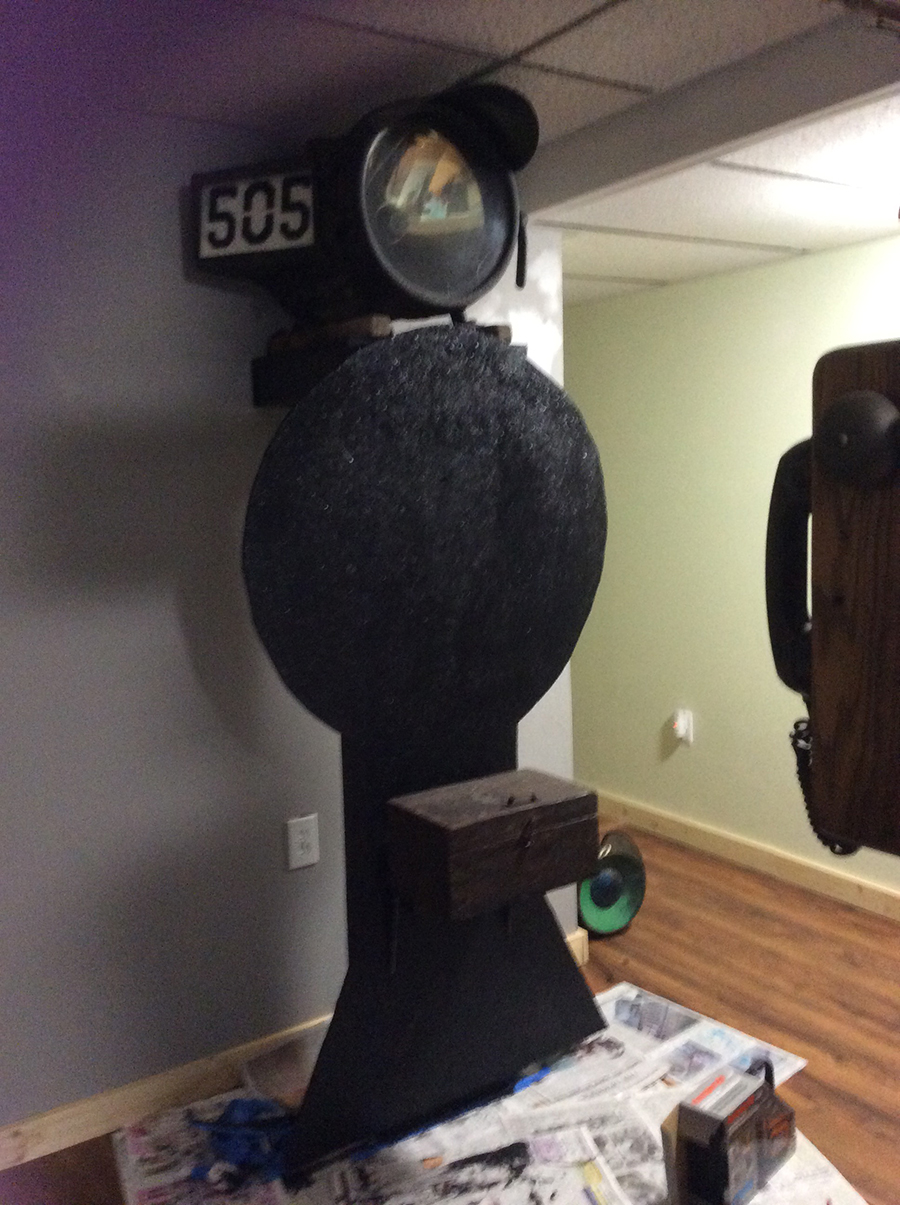 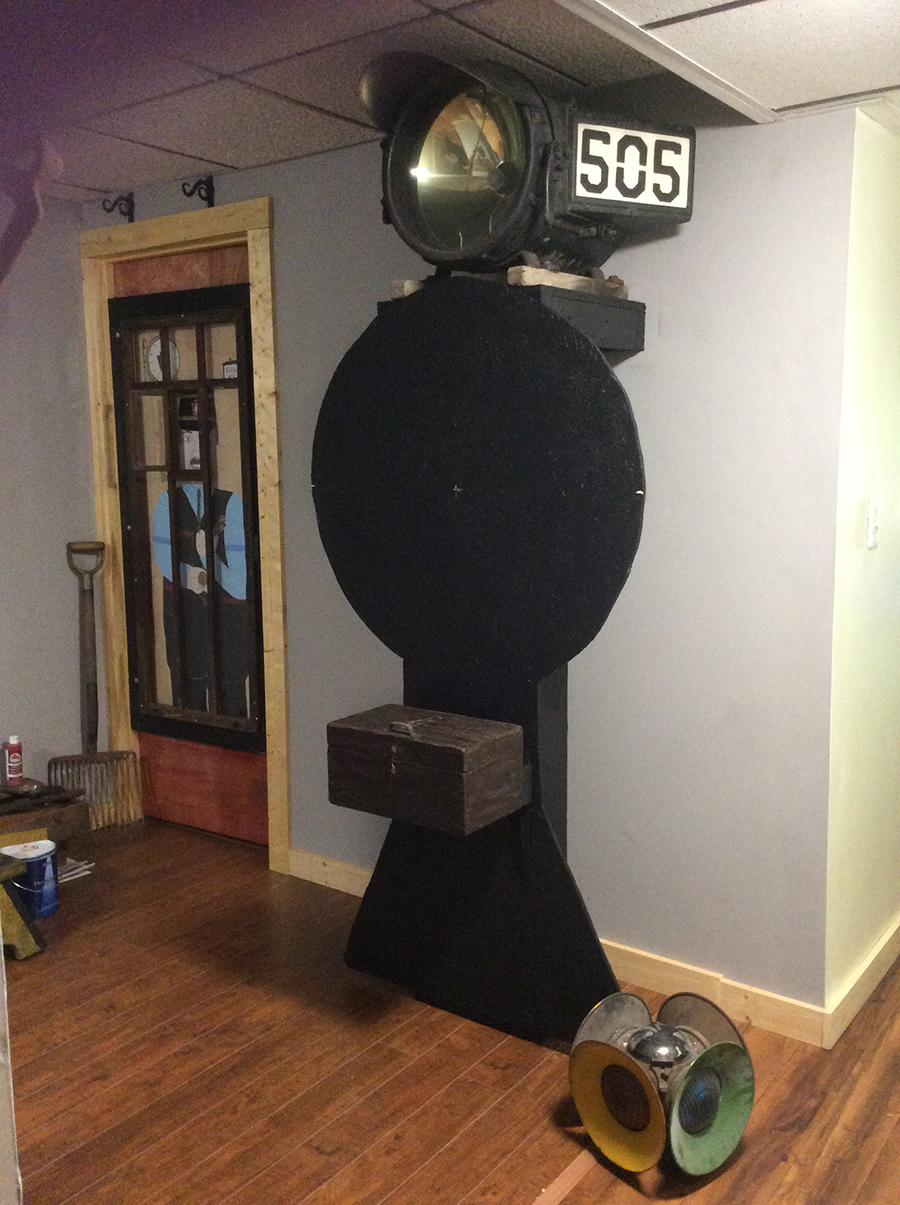 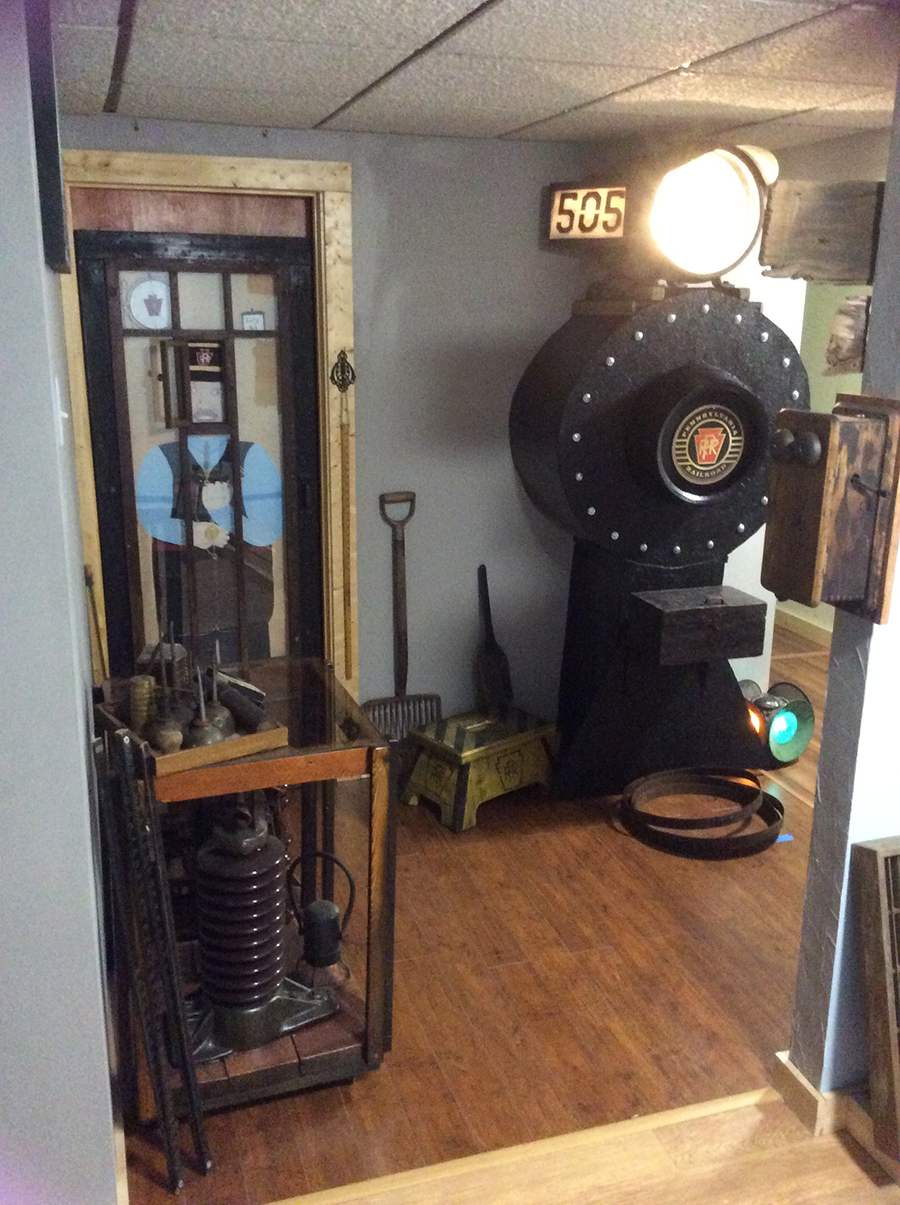 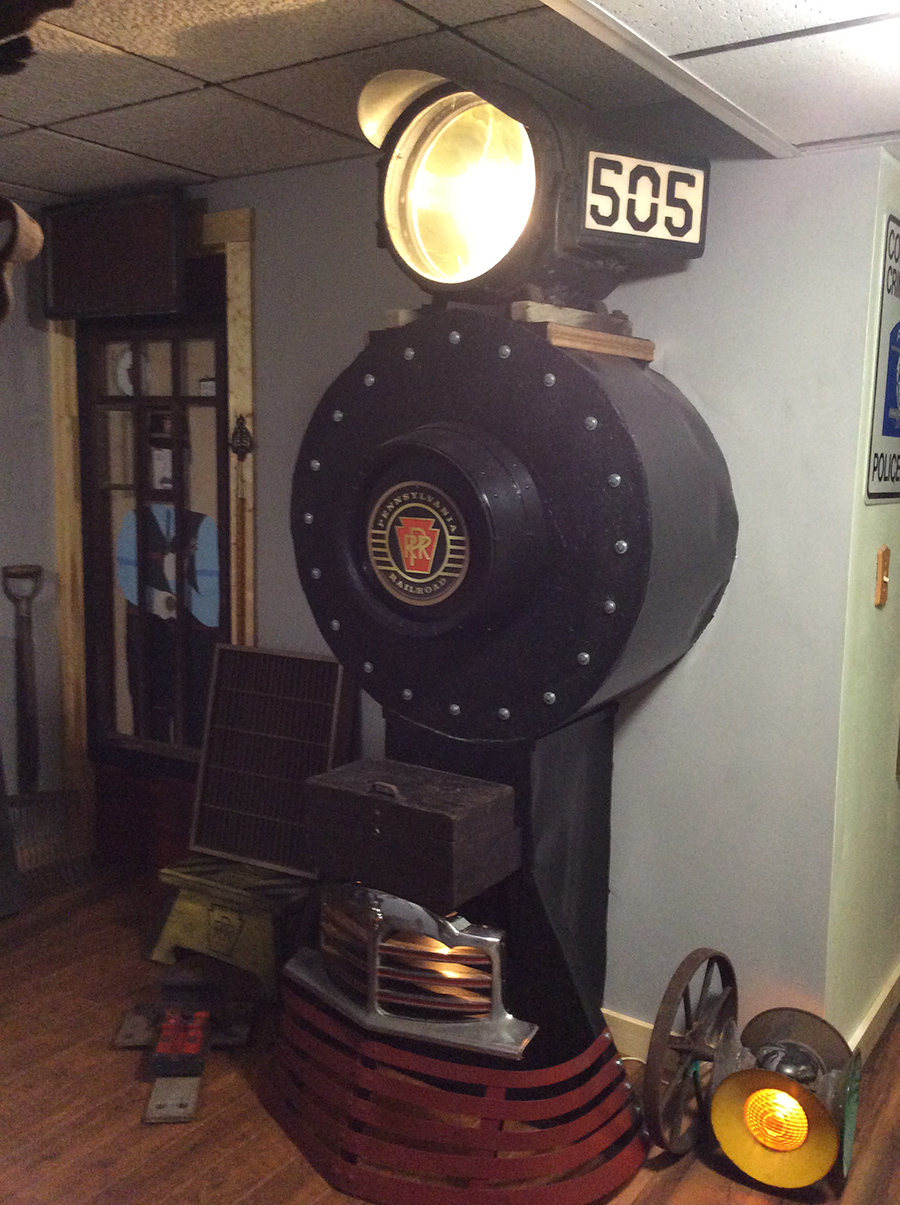 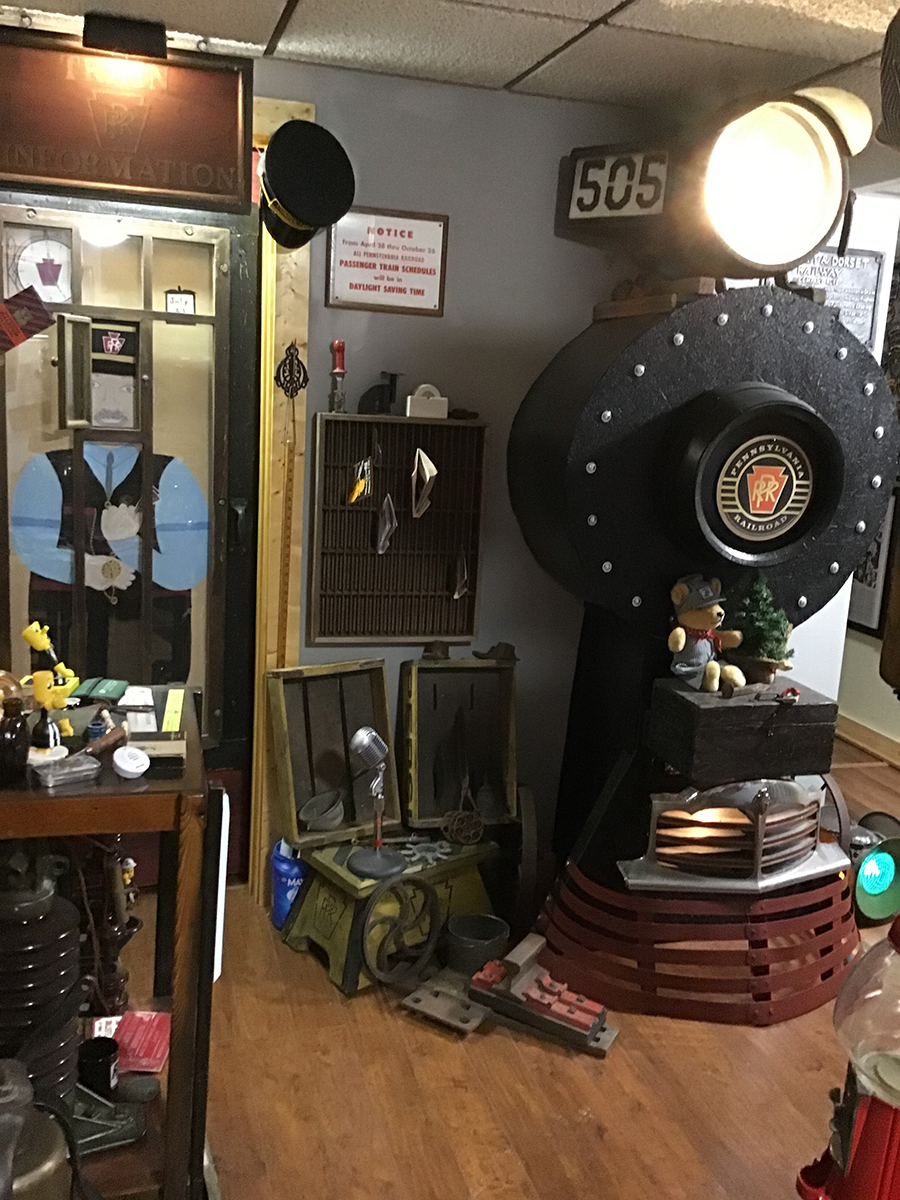 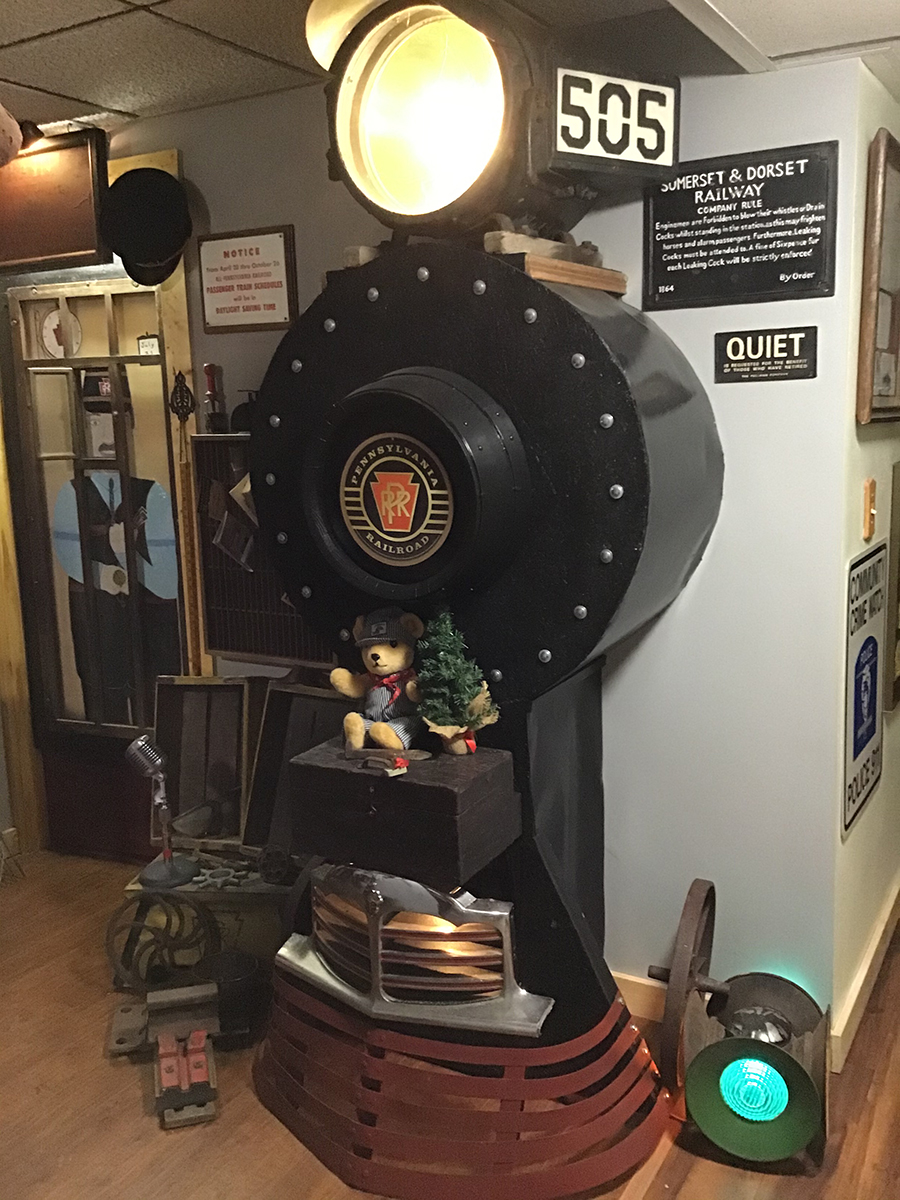 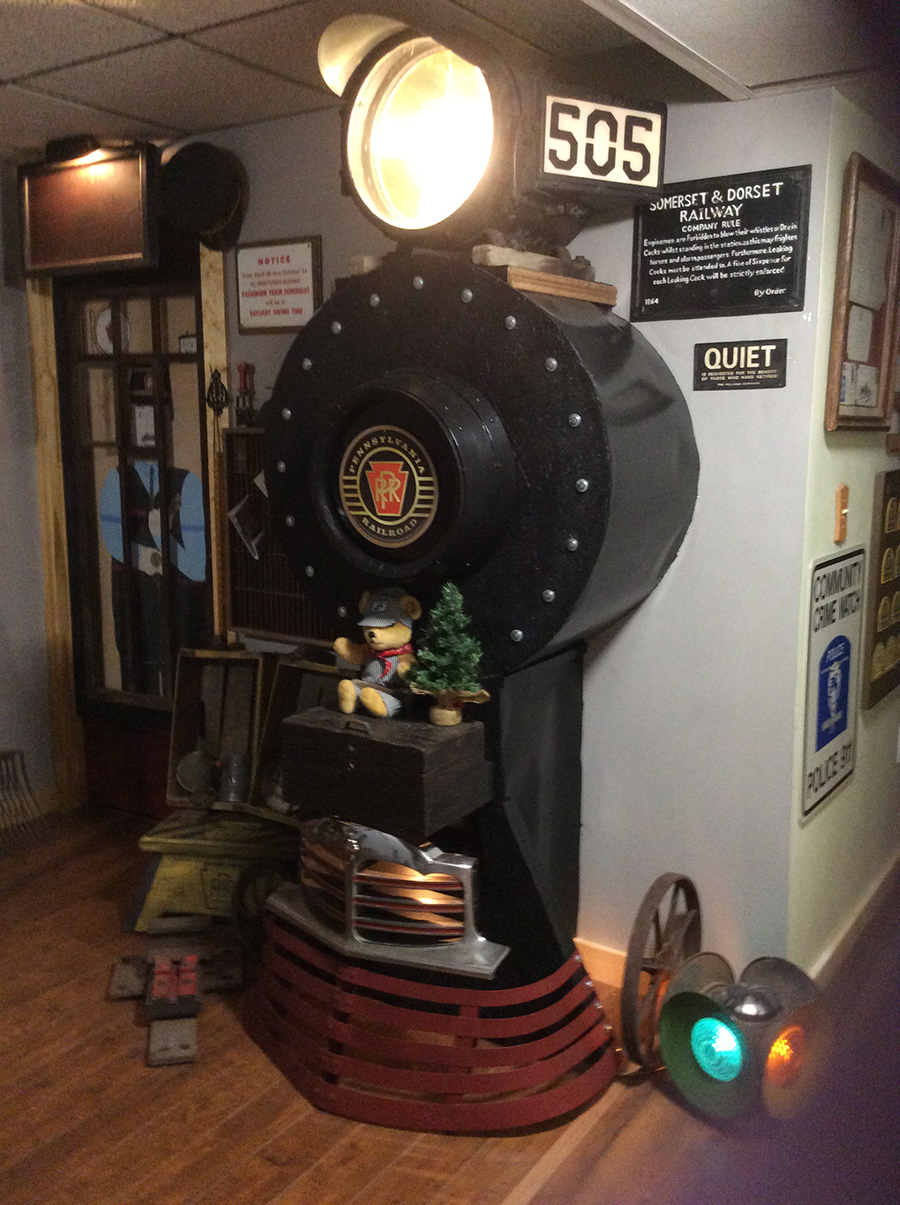 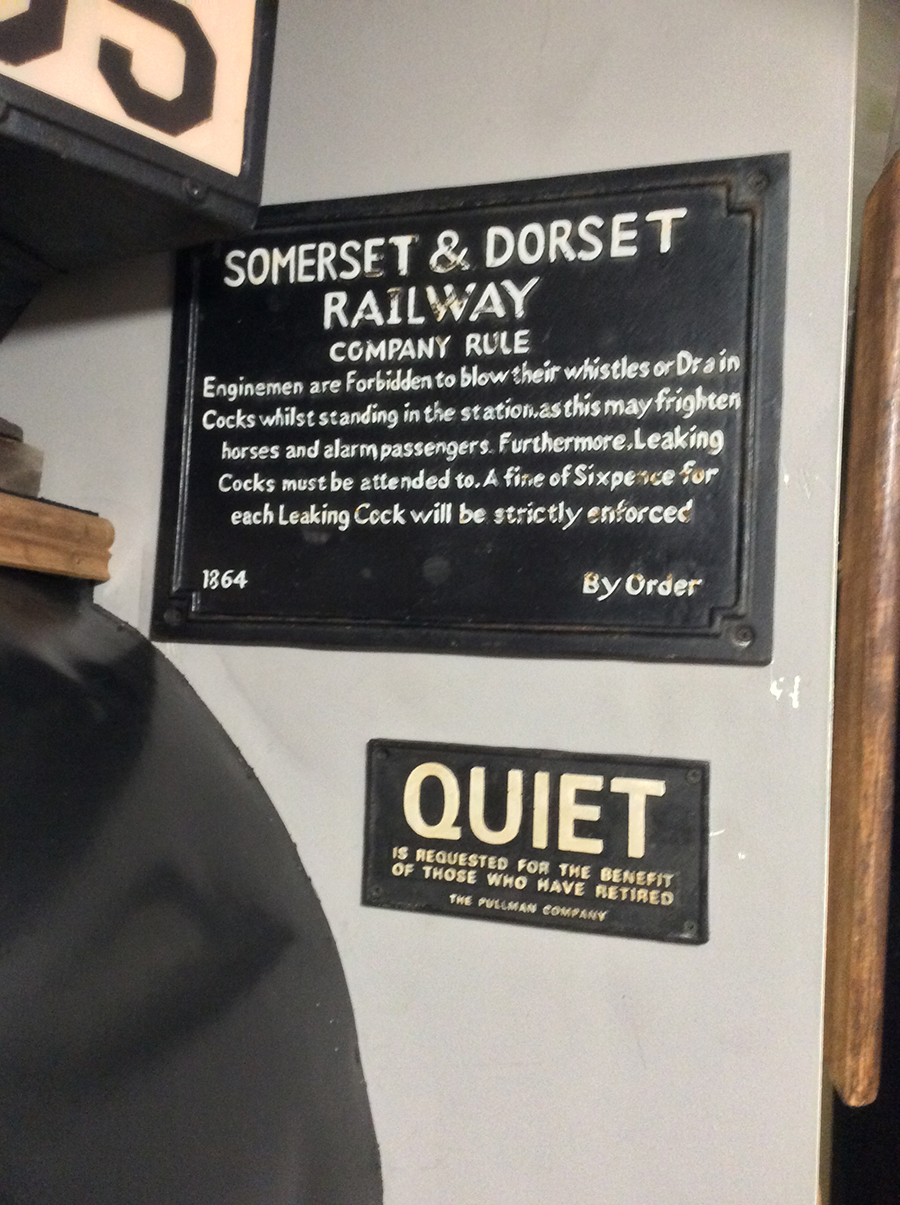 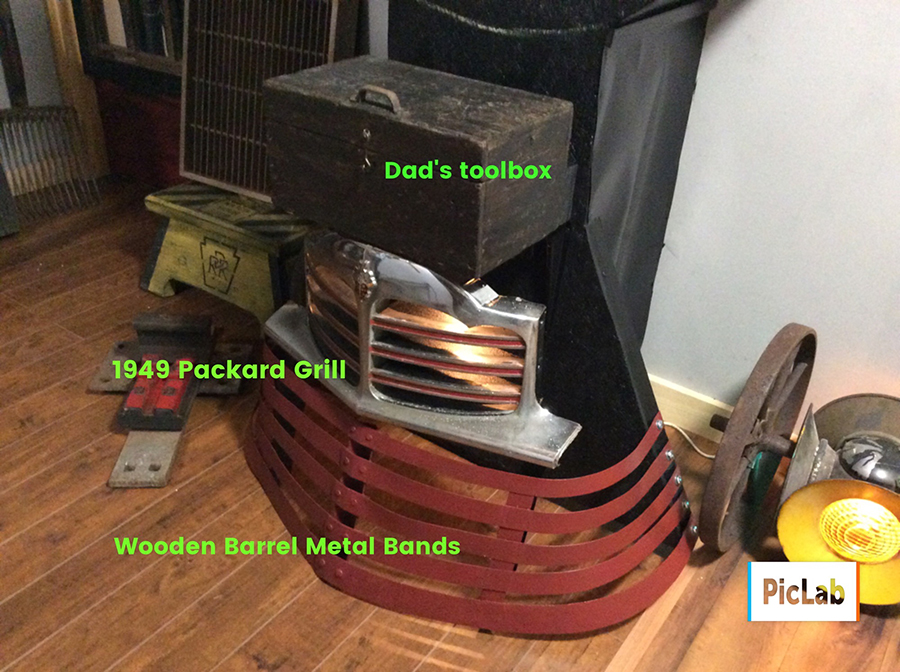 A huge thanks to Dick and Linda.

It just goes to show whatever you are doing, it’s all about making that start.

And if you want to make your start today, the Beginner’s Guide is here.