This was then covered with layers of various thicknesses of foam home insulation. Not having much space, I suspended the layout with a system of 1⁄4 inch Dacron rope and pulleys from the overhead floor joists in my utility room so it could be hoisted up to the floor joists when not in use.

This being my very first attempt at a layout it was a project full of mistakes. My children were the driving force in this project until they lost interest after several years. This along with a
move to a new home with all the new home projects led me to sell the layout to a friend.

Upon my retirement in 1997 I moved once again to a waterfront home in need of a fair amount of TLC. Years passed by quickly and I had to give up my hobby of sailing due to health issues and at 76 years of age I decided to try my hand at another N-scale layout.

So in Sept I purchased several locomotives and a lot of 25 freight cars along with some track and turnouts on ebay. Now living in a 3 bedroom apartment, I turned one of the smaller bedrooms into my train room and started building my layout table. 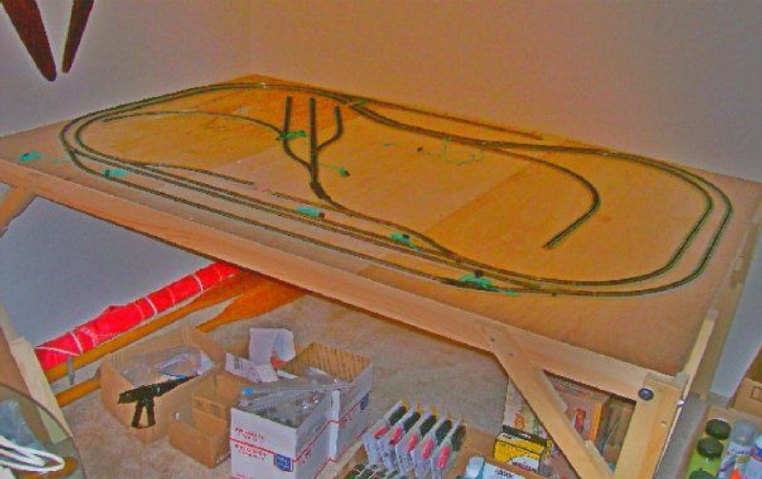 With the four foot by six foot frame and plywood assembled I began placing several versions of my track plan on the table. 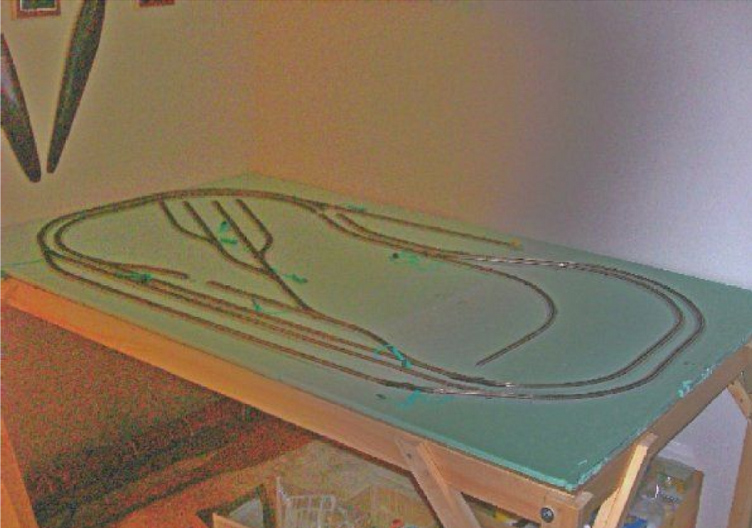 Base layer of foam glued to plywood base and track plan being finalized in the flat. 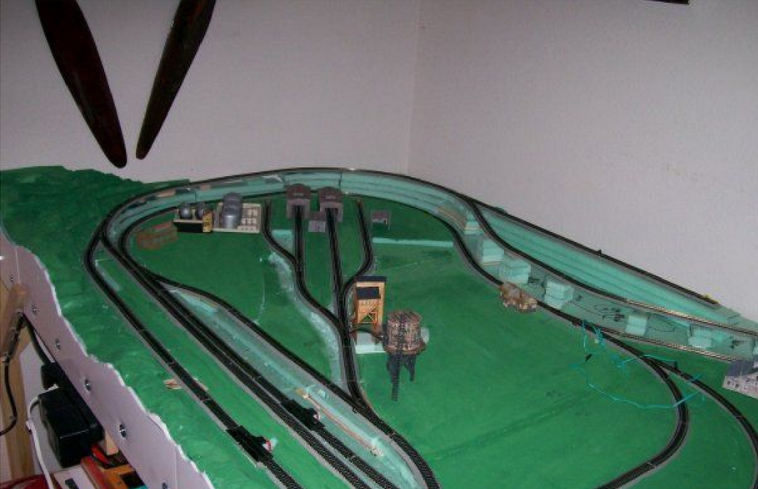 Working out track elevations took some trial and error with various locomotives. 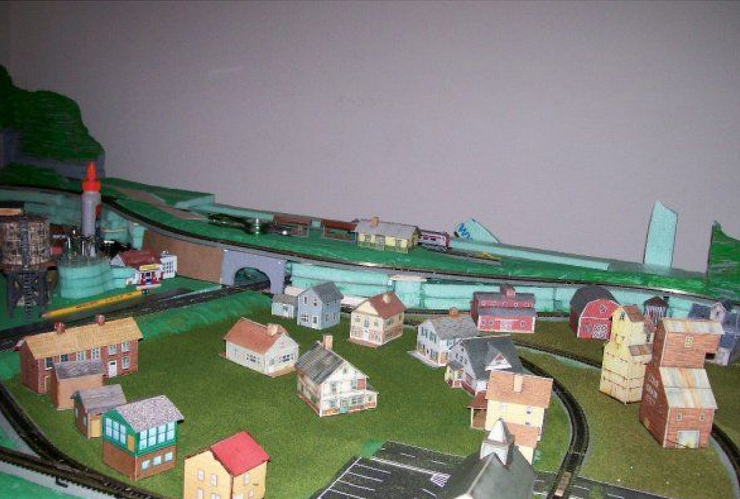 Many of your card stock structures on the layout came from your site. 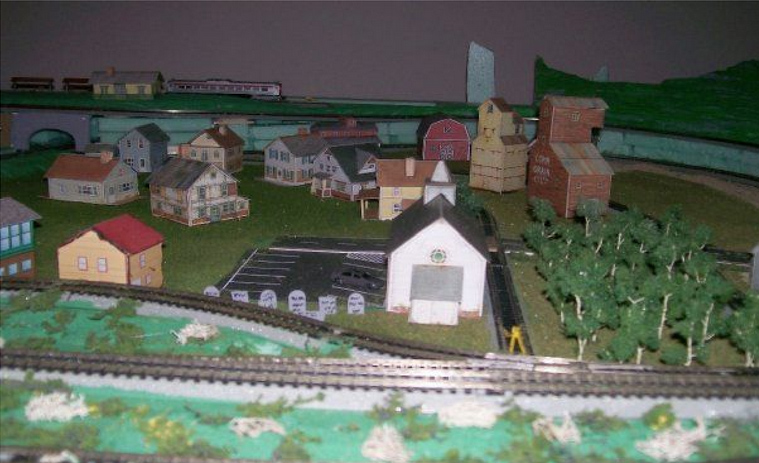 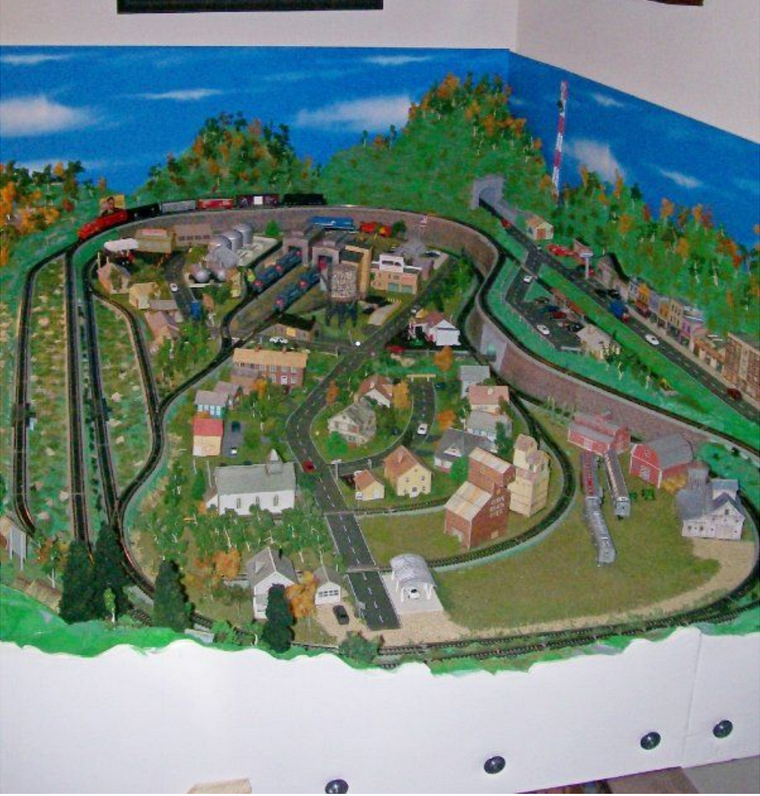 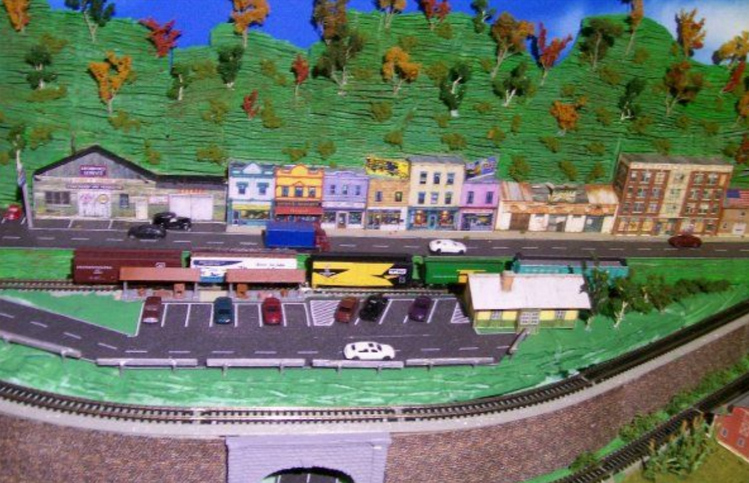 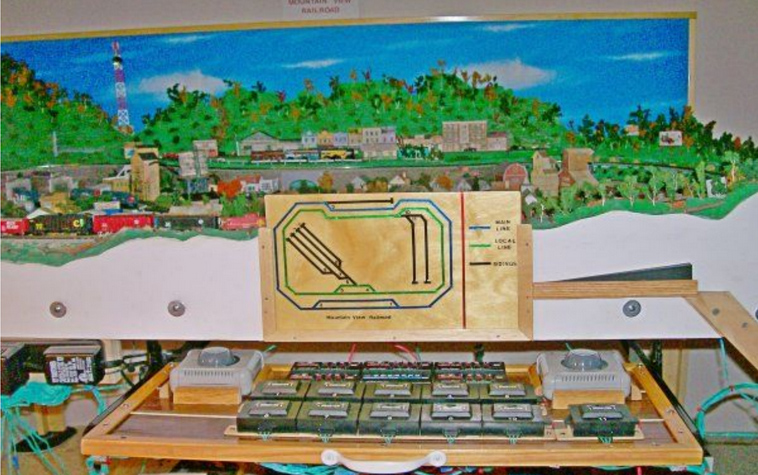 A huge thanks to Richard – really enjoyed his narrative and I think he’s done a splendid job on his layout.

It’s good to see the church on his layout, it doesn’t make it on to many.

Thought the houses looked great too.

Now on to Paul.

He’s been back in touch after a few comments on his last post:

“Hi Al, I received a comment from one modeler but more importantly from my wife and daughter that I should put the Mobius on the front of the train. So this is what it looks like. The view of the scenery is better.

By the way I put the cattle in the barn for now so no more MOOING.

And don’t forget the Beginner’s Guide if you want to make a start, just like Richard did.