Had an idea to build a logging bridge to transition over a small hill in the corner of my layout.

Gather and picked through maple tree sticks that had fallen in the yard based on girth and straightness.

Measured the transition and cut the logs to scale, skinned the bark, sanded flat the logs for the roadbed, experimented with the cross members and started hot gluing them together.

Gave it a couple wash coats of earthy colors and set it in place. 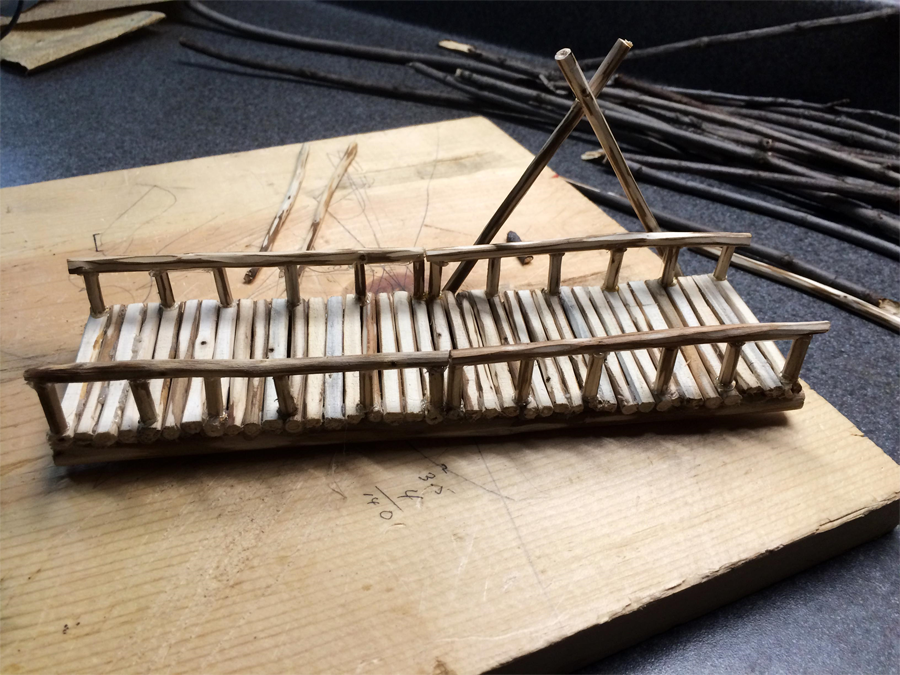 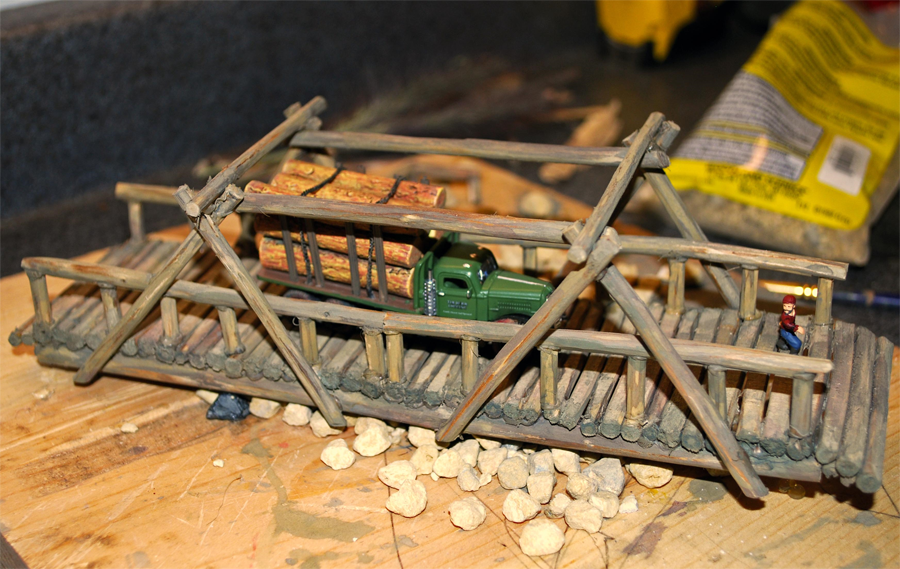 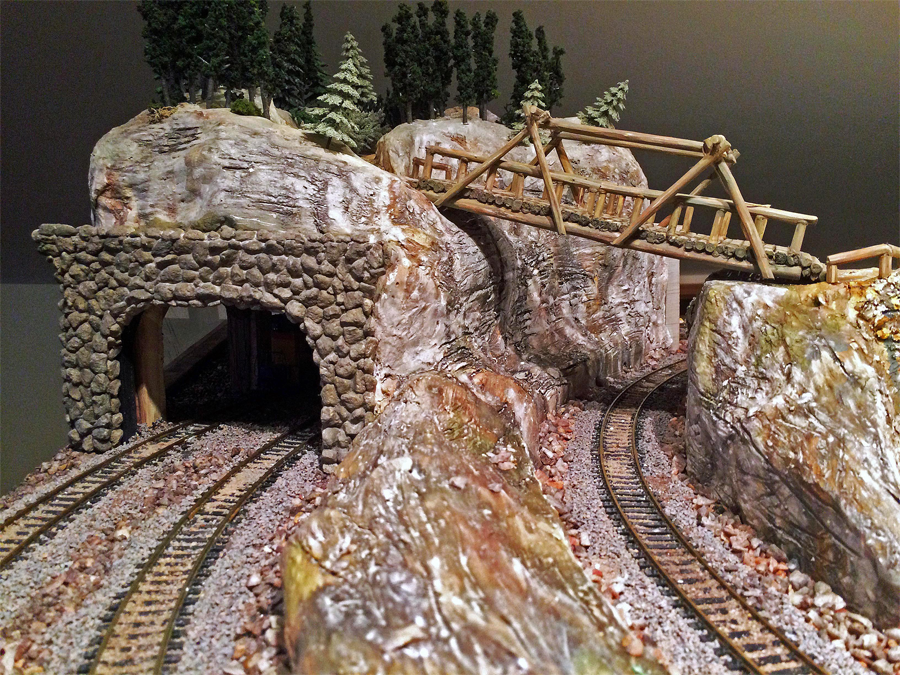 “I’ve seen lots of model railroads videos where flats were leaning or tilted against walls! My solution is simple – Velcro!

A one or two inch strip is all it takes.

I also use it for the skirting around the layout as well on any structure that I want to anchor now and perhaps move later!

And now Hall of Fame member, Arnie, replies to your questions from his stunning last post:

“Hi Al — Thanks for giving me the opportunity to respond to the many comments received on my video (“RAILROAD HERITAGE WEEK…”).

First, thanks to all the viewers for their continued positive and highly supportive feedback.

And I do also appreciate the constructive criticism that some offered as well: For example, some viewers noted that the pavement marking (STOP) at the grade crossing is facing the wrong way for any oncoming right lane traffic.

I had intended the STOP as a warning for being in the wrong lane for traffic entering that lane from the camera side of the crossing. But I will simply paint over the STOP to avoid confusion; thanks.

A couple of replies noted that the train stopped at the Susquehanna Station with the loco still adjacent to the platform leaving trailing passenger cars beyond the platform.

You’re absolutely correct! This was shot at the edge of the layout with the camera viewing angle having very limited positioning and viewing.

So I was taking creative liberty to shoot this in a way that would allow a view of the station and the platform with its passengers and train personnel rather than just a view of the train. But I thank you all for your attention to detail.

Some viewers wanted to know about the locomotives’ sound decoders.

The locos are by Broadway Limited Imports and use the company’s exclusive sound decoders which include things like station announcements and radio chatter and communications of various sorts. I do not believe the decoders are sold separately.

Lastly, I always am particularly interested in and moved by comments from viewers reflecting how the video(s) bring back fond memories of personal experiences of locations, trains, etc.

Glad that you all enjoyed the ride! —

And lastly I’ve managed to finally get the house bundle on the store.

(I’ll keep adding the other buildings as soon as I can.)

A huge thanks to Rob, Milton and Arnie.

If they’ve got you feeling inspired – don’t forget the Beginner’s Guide to get you off the starting blocks.

Thanks all this time folks.