Hall of Fame member Rob has been back in touch – have a look at how he does his N scale wiring:

I know most people will remember me by my Farland Howe layout which is a British-themed layout.

There are two versions of this layout, but I have also been working on an N scale layout loosely based on the area where I live.

The track through here was originally laid down by the Colorado & Southern (C&S) which then passed to the Chicago Burlington & Quincy (CB&Q). It is now Burlington Northern Santa Fe (BNSF). Longmont has an interesting history with the railroad. It was an agricultural town but surrounded by mining towns.

Industries here that were or are served by the railroads are the Kuner Empson Cannery, the Gibson Tractor plant, the Western Sugar beet factory, and the nearby cement plant, Cemex. I did not include the sugar plant on the layout, there just was not room enough. Maybe someday.

I scratch-built the cannery, cement, and tractor plants but bought kits for the rest like stores and houses plus the power plant.

I also wanted this layout to be lightweight, so I used poplar for the framing and extruded insulation foam for the boards on top. I then covered the foam with a layer of 5/16″ cork. The track went directly onto the cork.

I also tried using wireway as is used in industrial control cabinets to contain the bundles of wires needed. That has worked pretty well although nothing is perfect to control the 1,000’s of wires needed for track power, turnout control, and LED lighting on a complex layout like this.

It is made up of three sections 48 inches wide by 40 inches long. The sections are held together by heavy door hinges. I can pull the pins and separate the layout into three sections.

Each section has its own lighting power supply, but control and track power are distributed to the various sections by multi-conductor plugs and sockets.

The turnout control board is also electrically connected to the center section by the same type of multi-conductor connectors.

I mostly run trains pulled by CB&Q locomotives, but I also have an EMD A & B set of Western Pacific power units plus an Alco PA and PB set of Rio Grande Western power units. Besides the foreign power, I have two CB&Q switchers and two GP30s, and naturally a few steam engines as well.

Thank you for all you do Al, we all really appreciate your blog and kits. 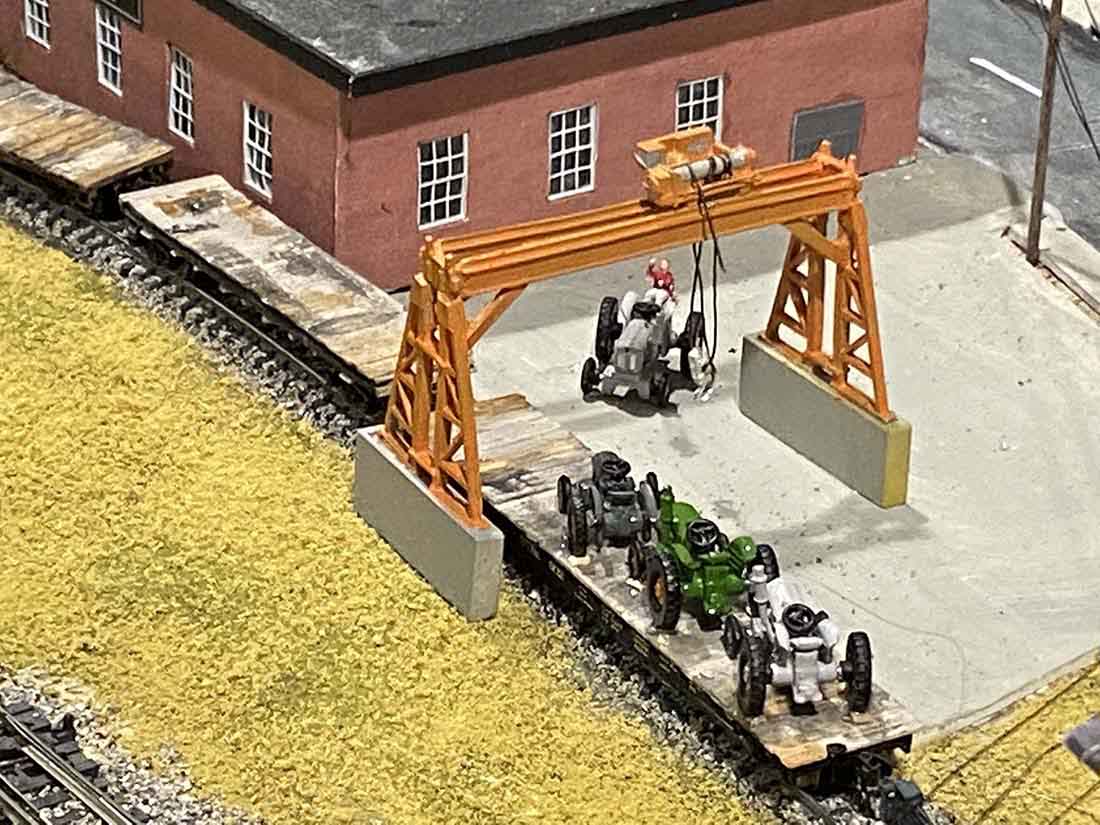 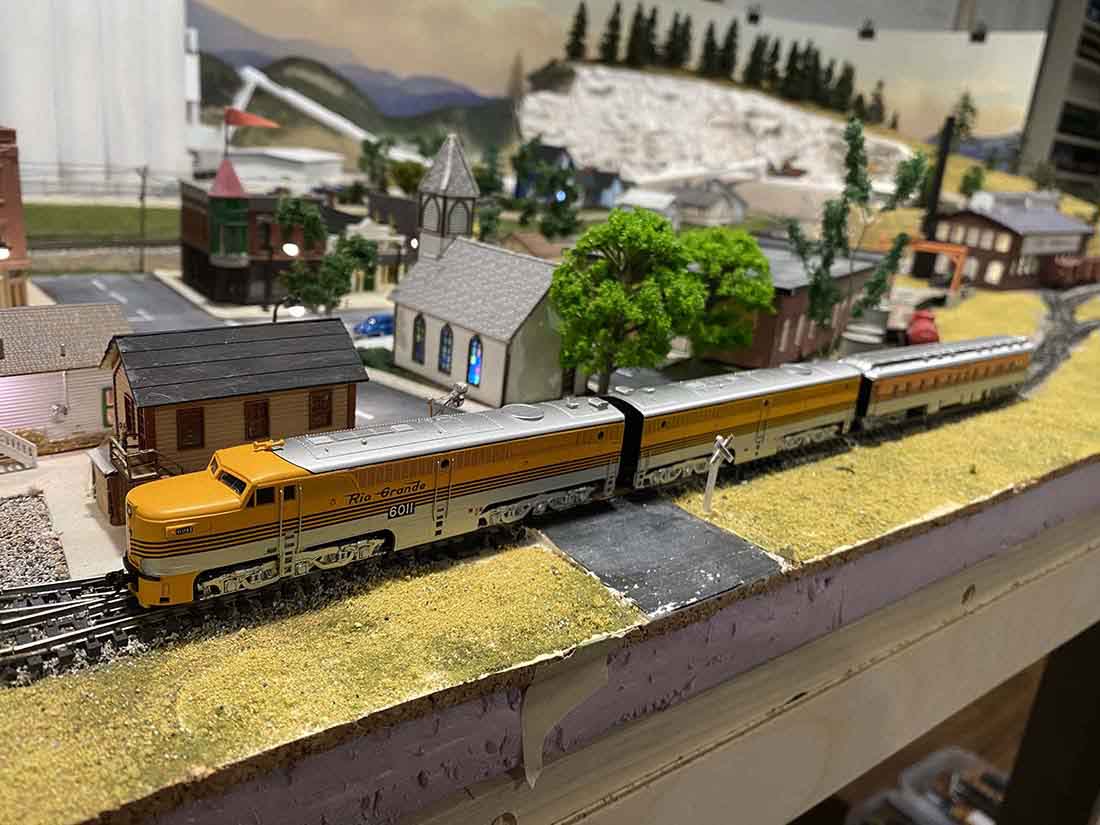 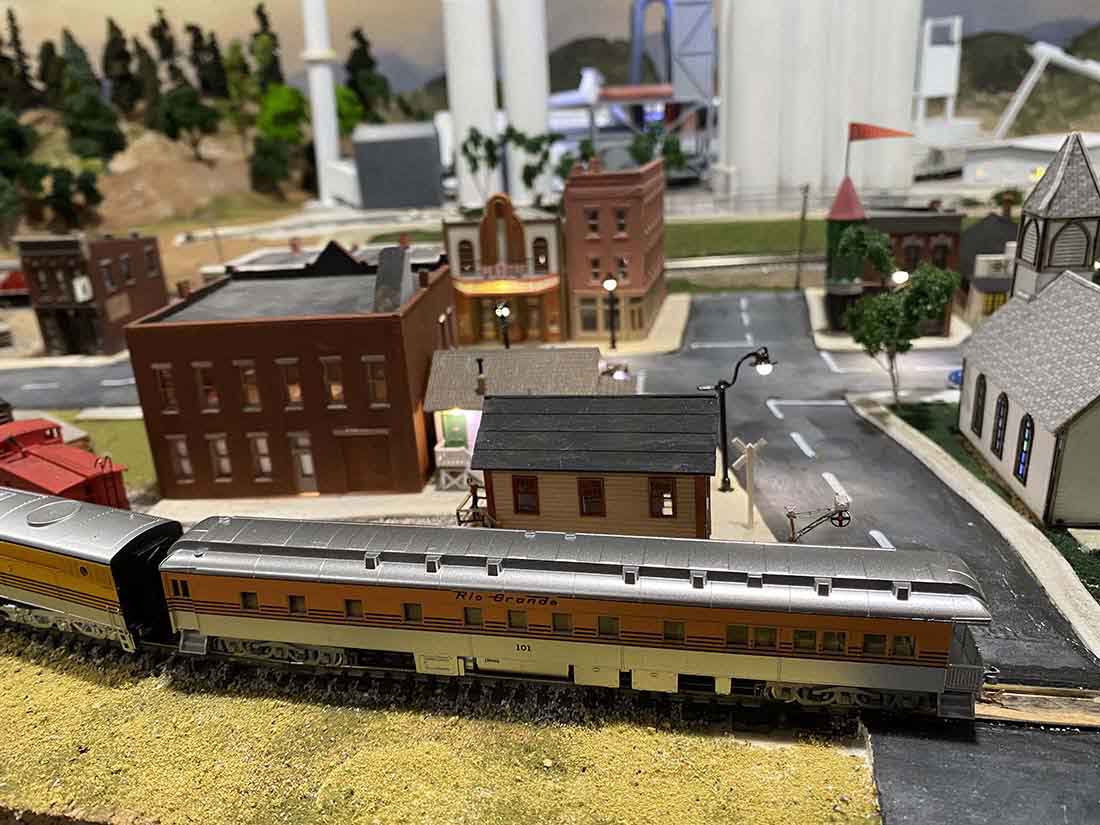 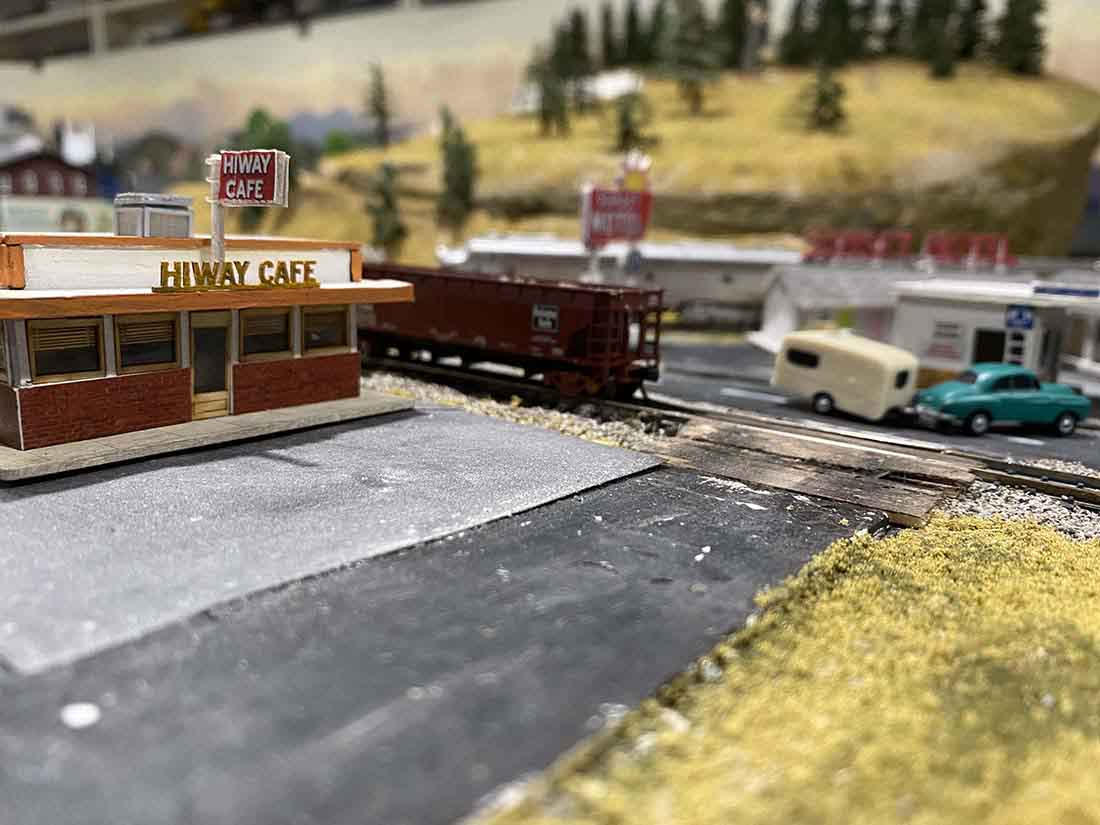 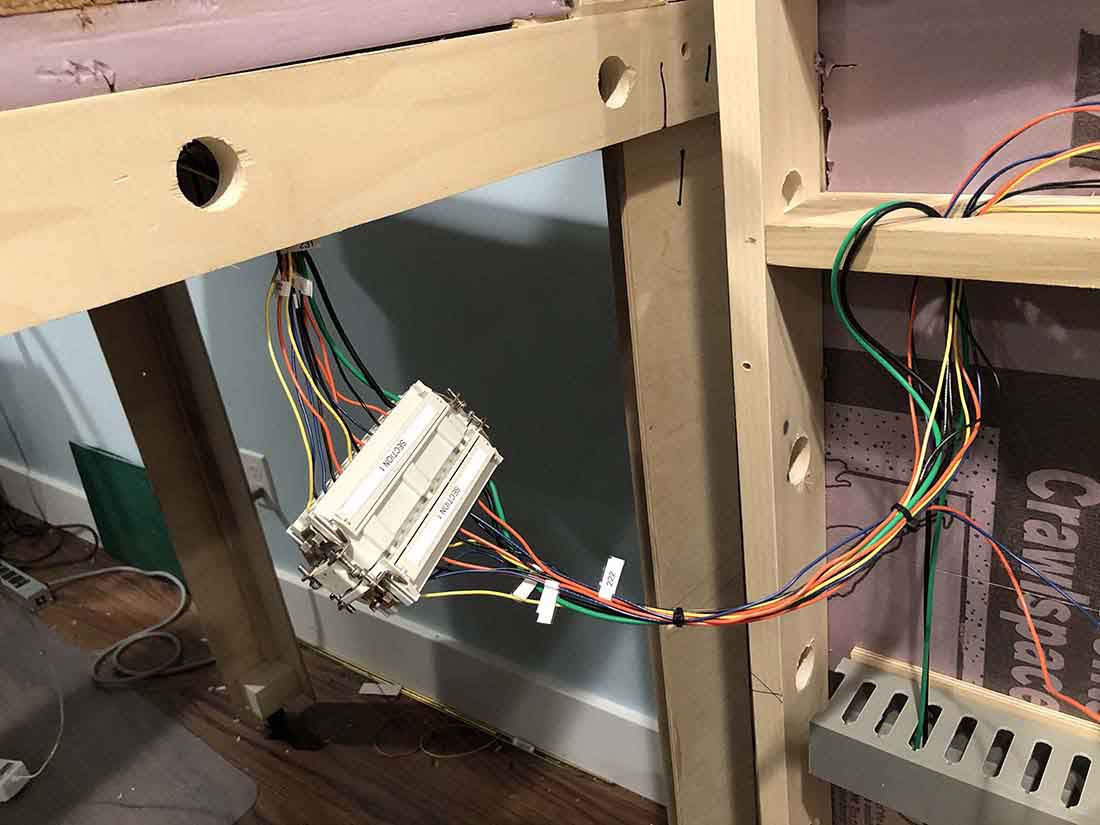 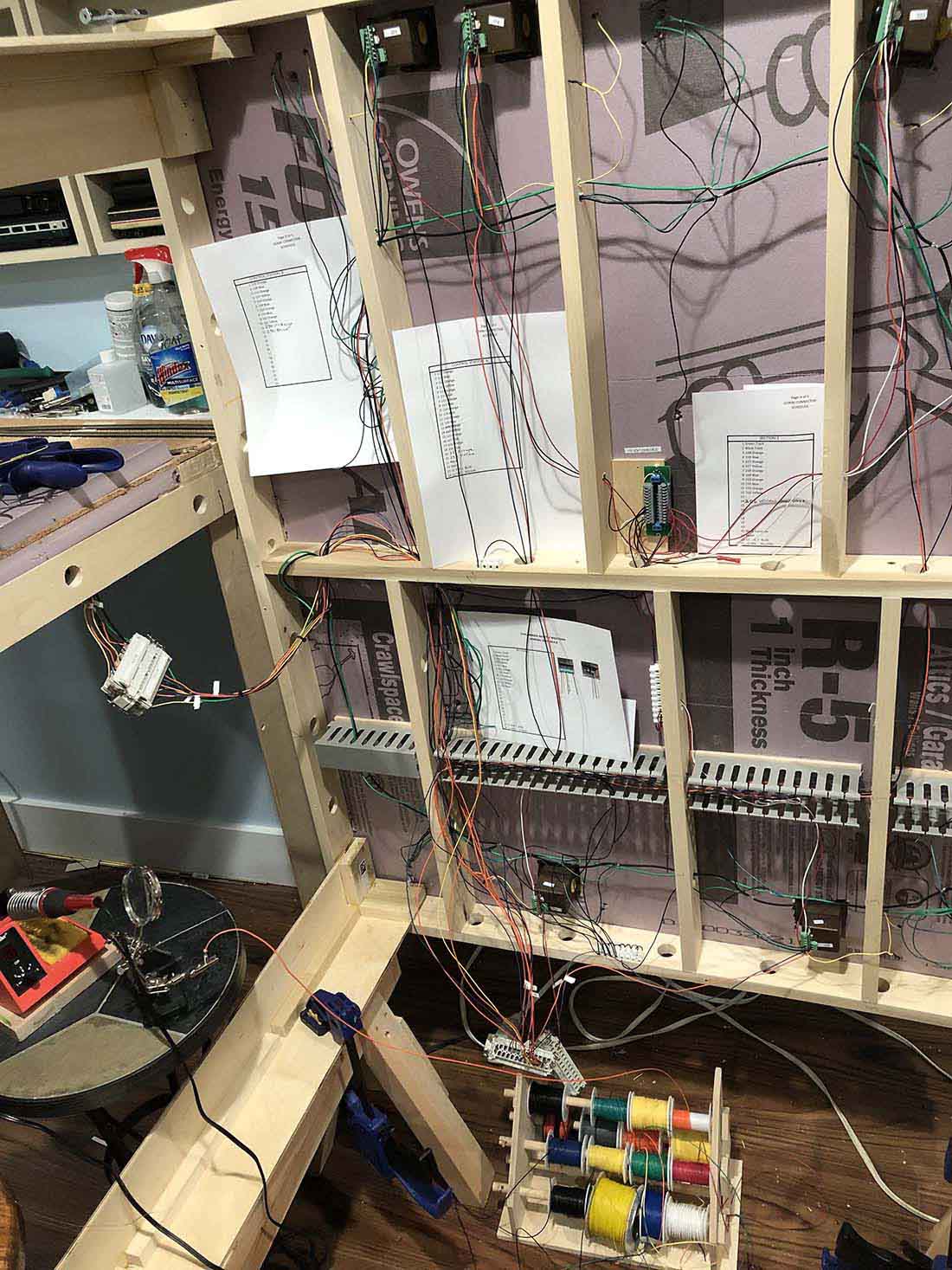 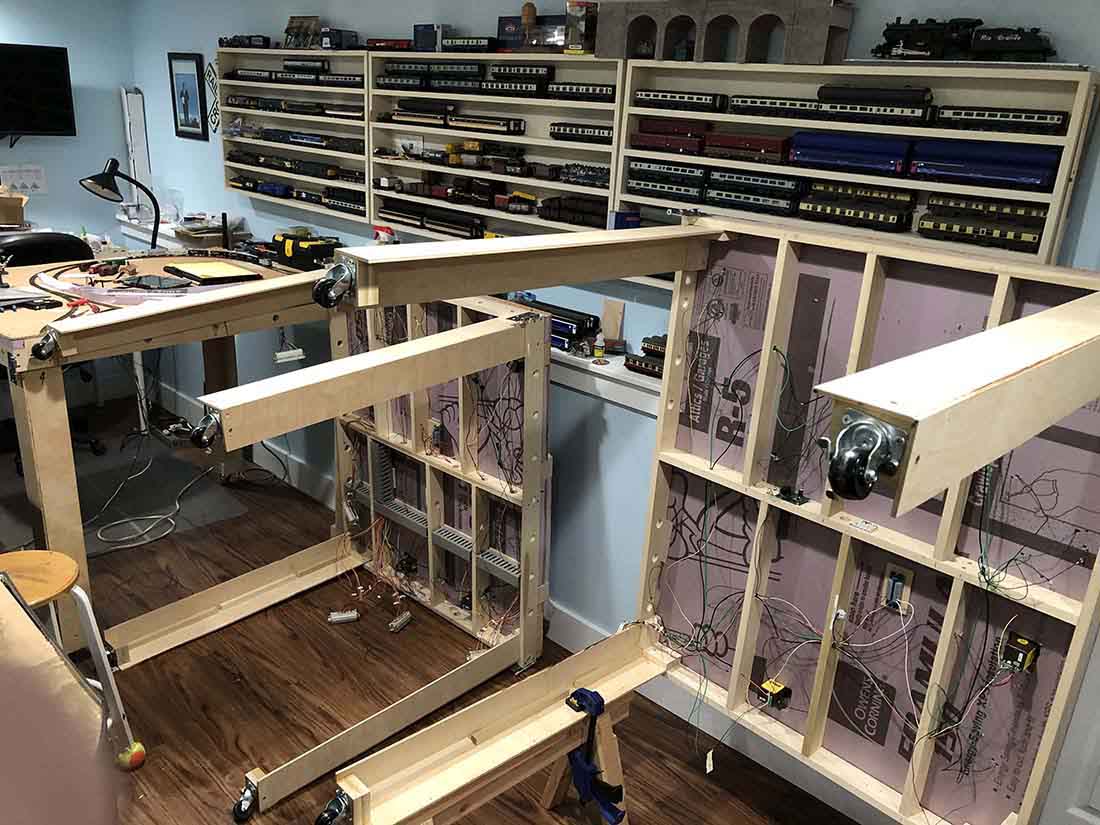 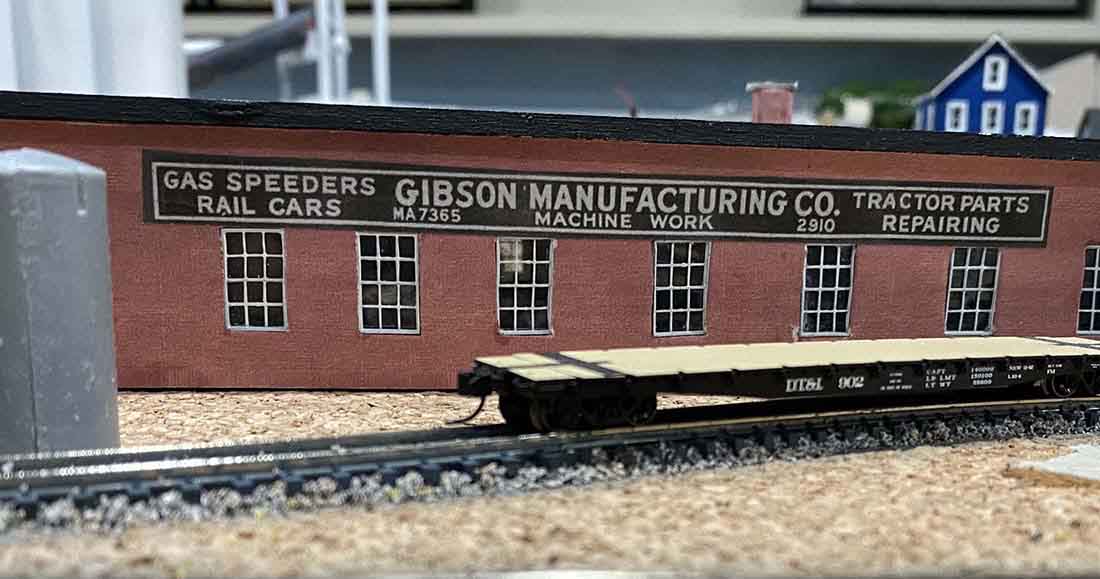 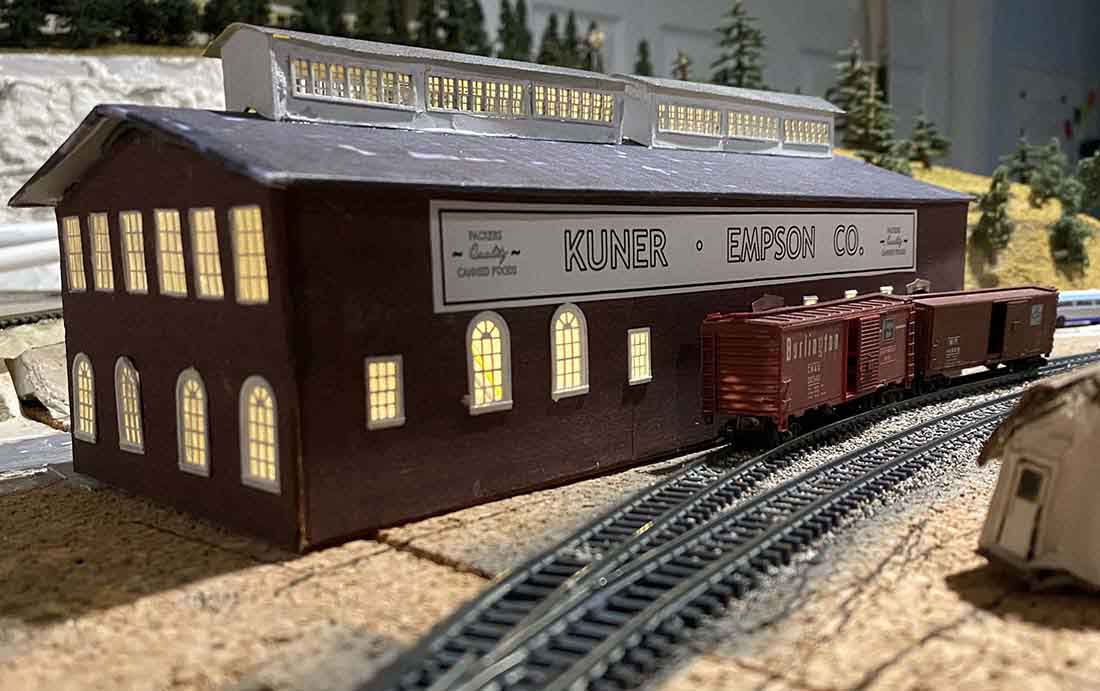 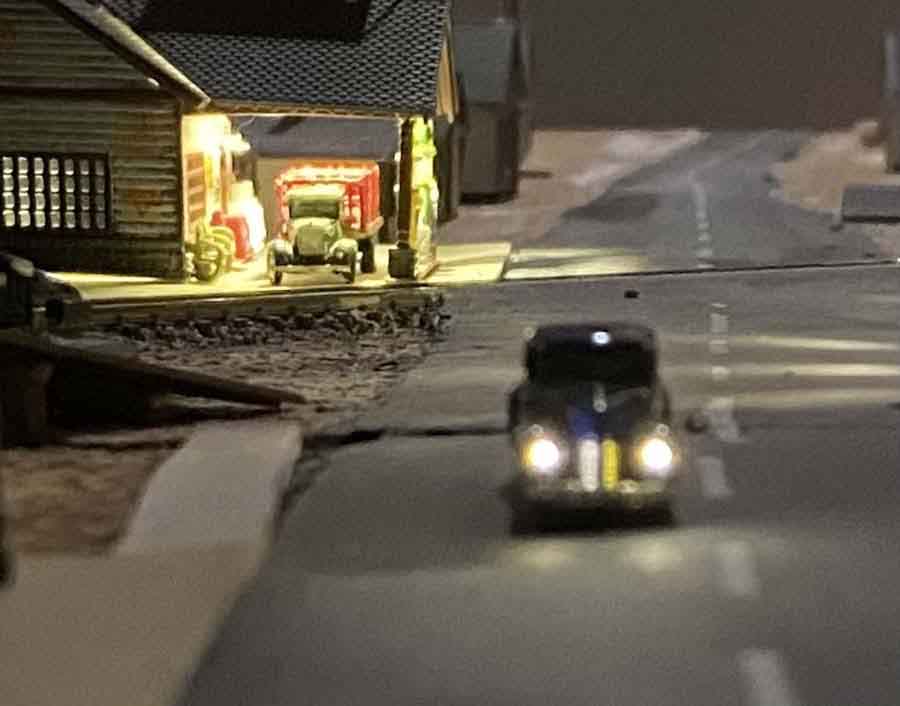 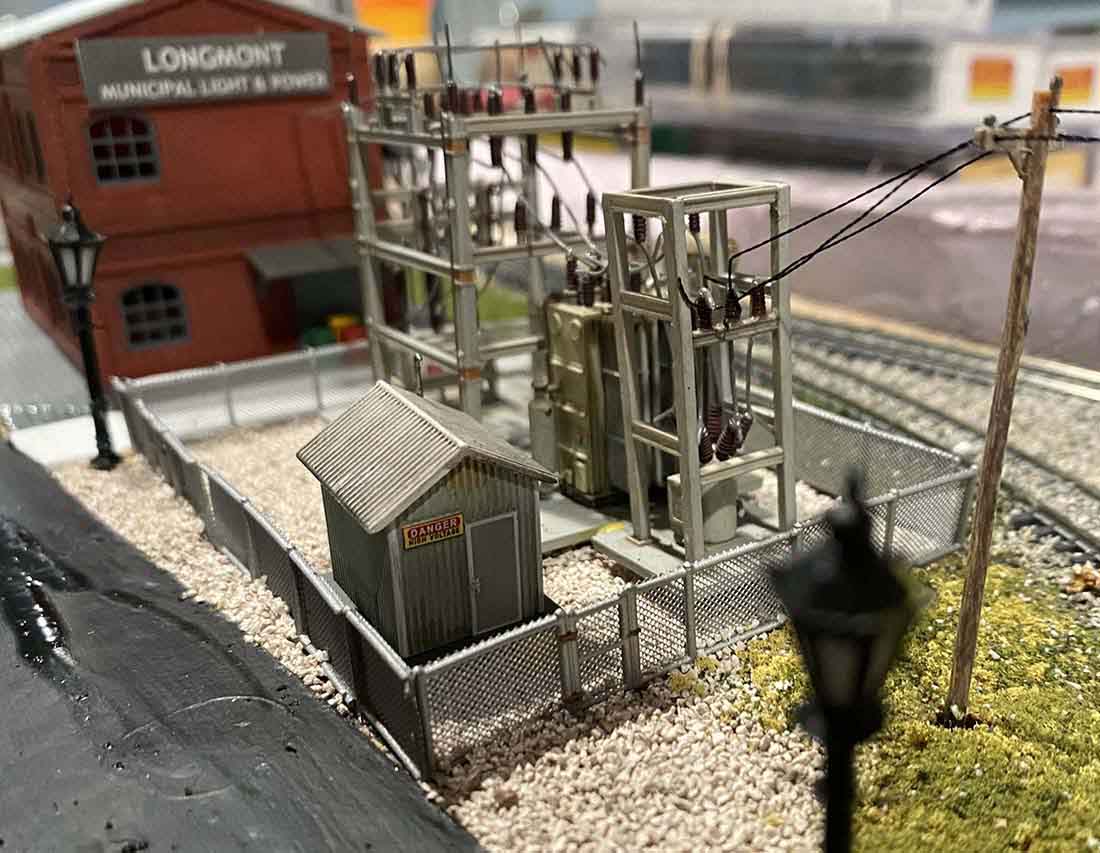 A huge thanks to Rob – he’s done a fantastic job on his N scale.

Seeing the wiring under the tables makes it look like a daunting project, but as we all find out, it doesn’t matter whether it’s N scaling wiring, HO scale wiring, or whatever, it’s just step by step.

If you’re interested, I have started putting together a page of N scale layouts.