John’s been in touch with his S scale trains:

I am writing to you from Pearland, Texas, a suburb of Houston.

Ten to twelve years ago my son Michael and I became interested in model railroads during our annual family Christmas visit to Northampton, Massachusetts to visit my mother in law for the holidays.

Look Park always has a very nice S scale model train display operating, and my son, then about 9 years old, was given a nice customized Christmas train car as a present from his grandmother that would be running on the layout when we visited each year. Our fascination with model train layouts thus began.

Having never done anything like this before, we were fortunate to have met Steve Allen when attending the Look Park display.

He was one of the main S scale trains railroaders in that area, setting up and operating the layouts each year.

He became a great mentor and advisor for us in starting a layout back in Pearland in 2012.

Steve was invaluable in helping me to learn about S scale, and guiding us on what to look for with S Helper Service items to get us started.

My son had fun “designing” the basic layout structure and paths for the tracks, including some small rock hill formations, and a big mountain to put a tunnel through.

A lake was designed also, fed from a long waterfall from the top of the mountain.

Due to space, we were working with approximately a 4ft by 6ft benchwork structure with plywood base, and several layers of form core.

Over the next 6 months or so, we built the layout, laying track, roadways, buildings and streets and lighting.

There was not really a particular geographic area or era that we designed from, but just what seemed to be fun and fit nicely in how the layout was put together. It did end up being a slightly older time frame, and certainly not today’s modern style.

We added cars and trucks, and of course people in the small town. Over the following years a few things were added and slightly changed, but because of space, it has stayed pretty much the same.

I have included a few photos from the beginning, and some showing the layout as it is now.

Hope you enjoy seeing our rather compact S scale layout! 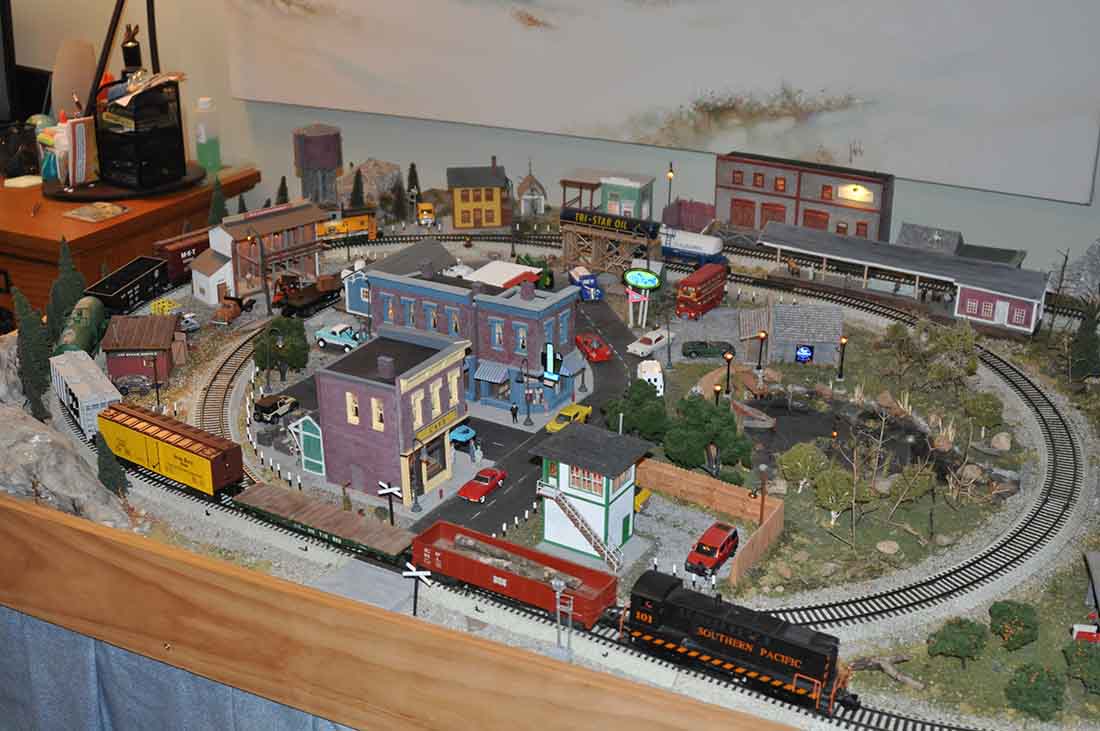 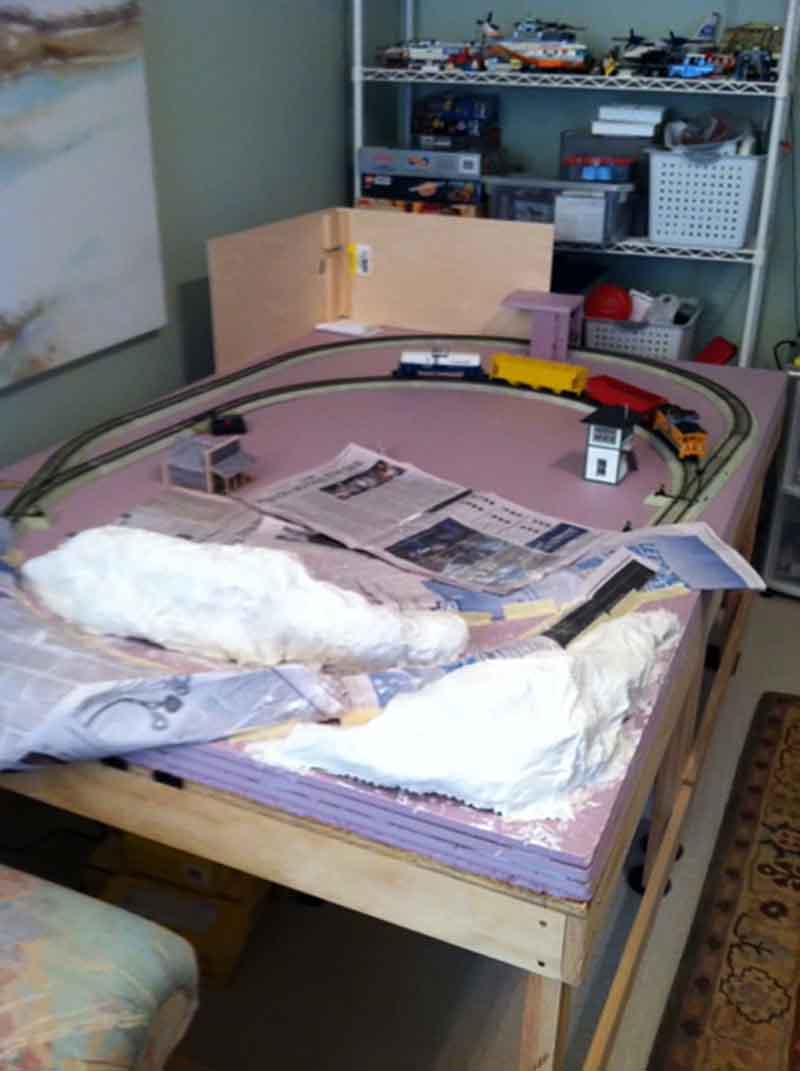 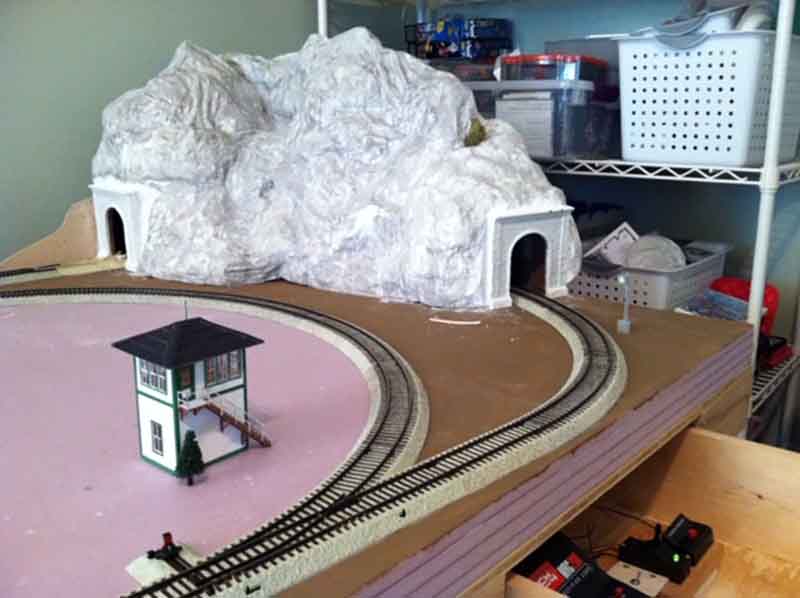 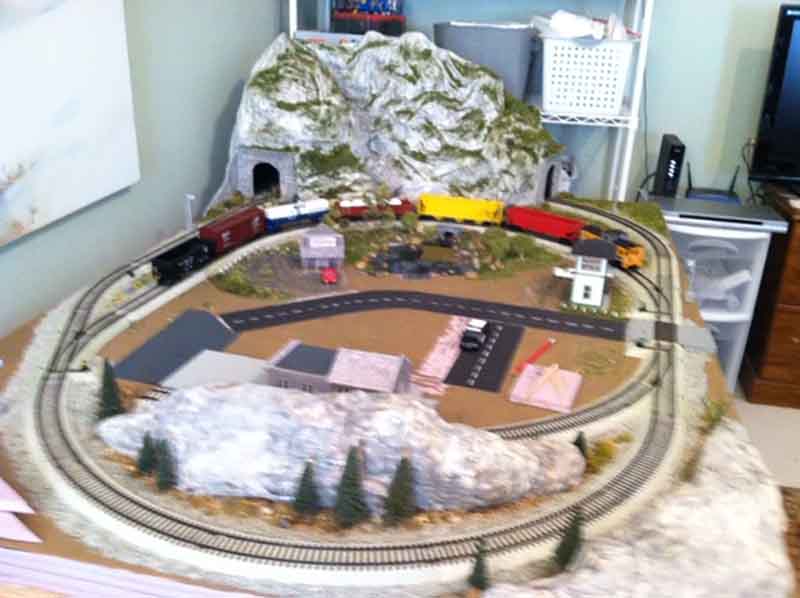 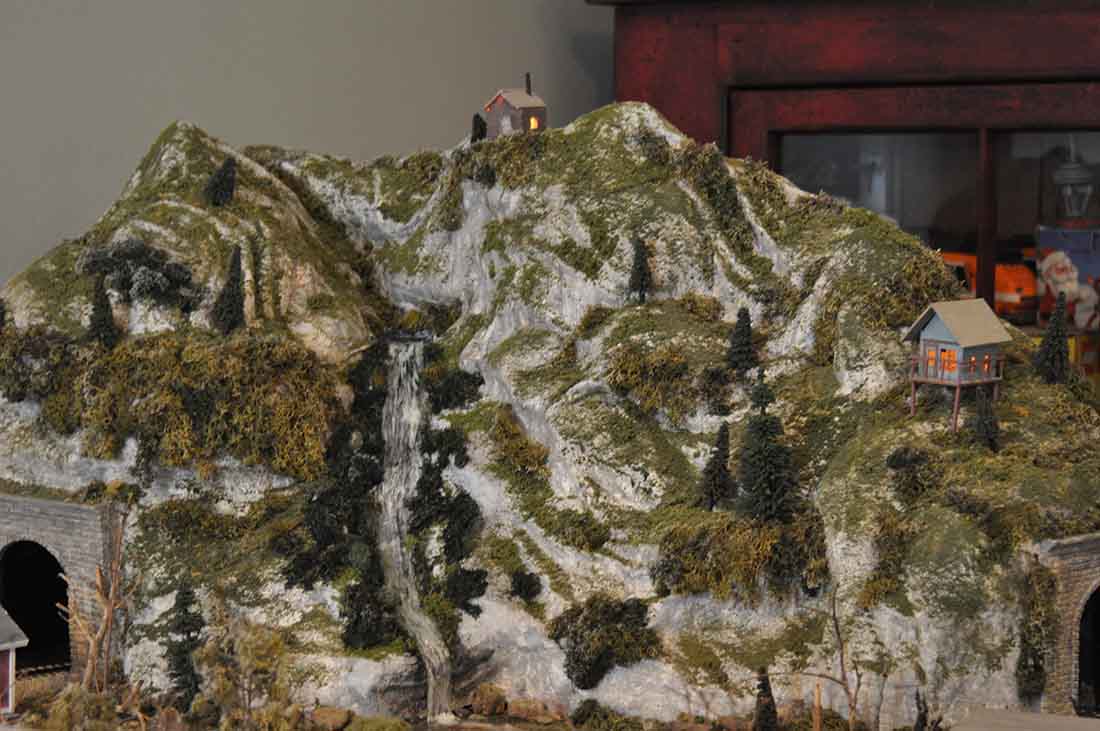 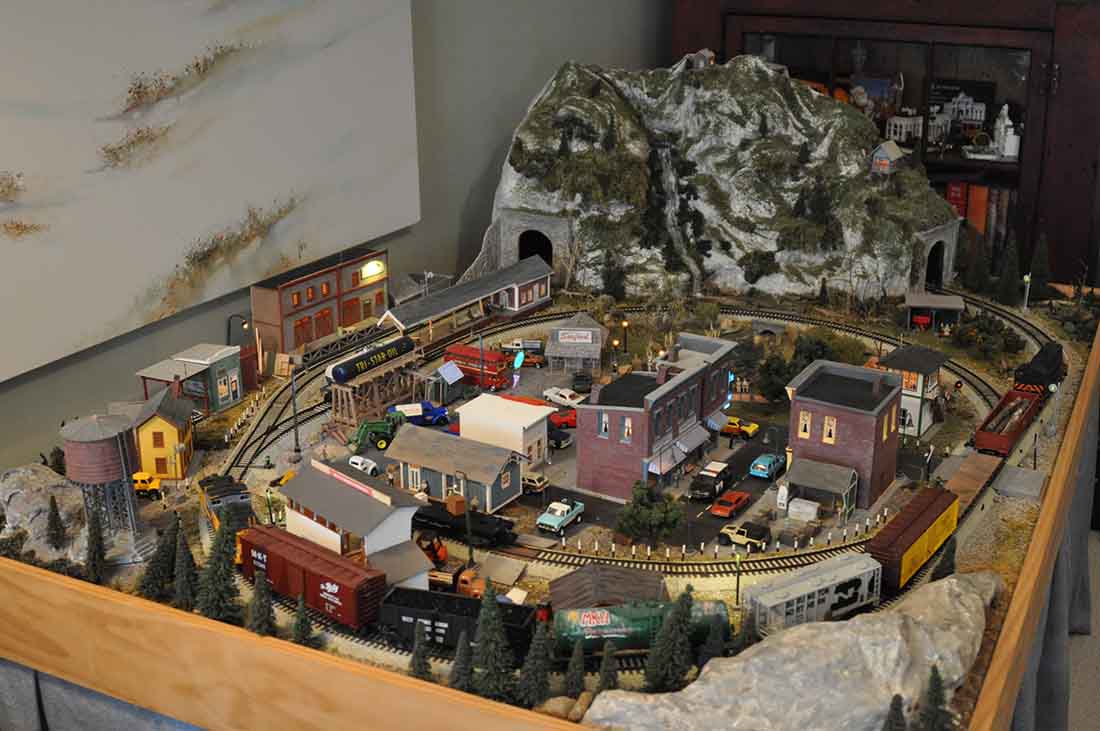 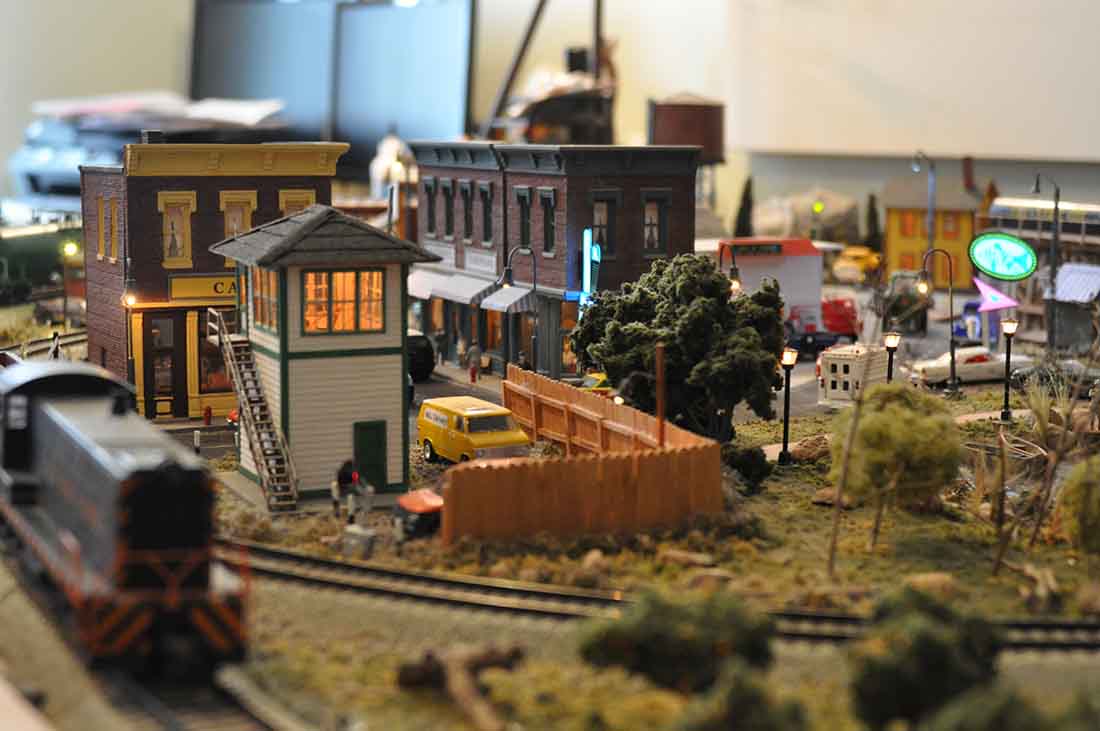 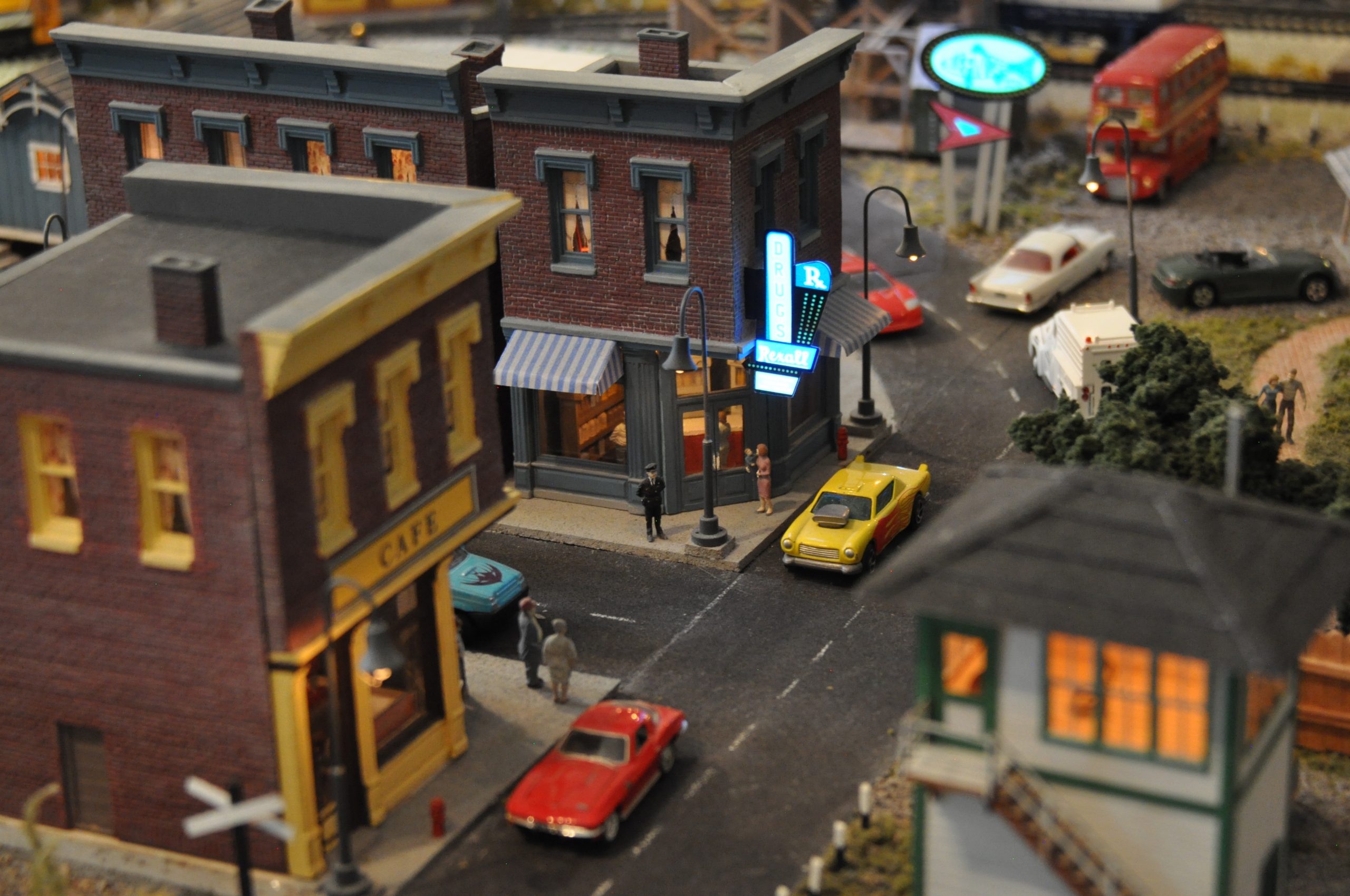 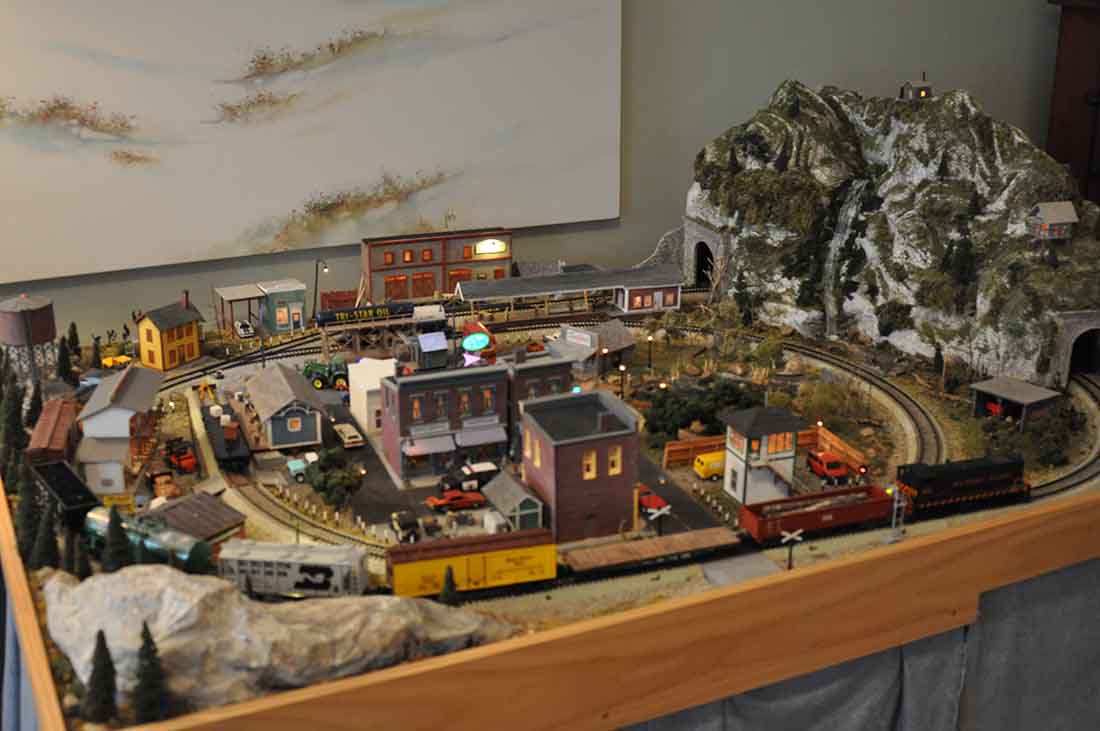 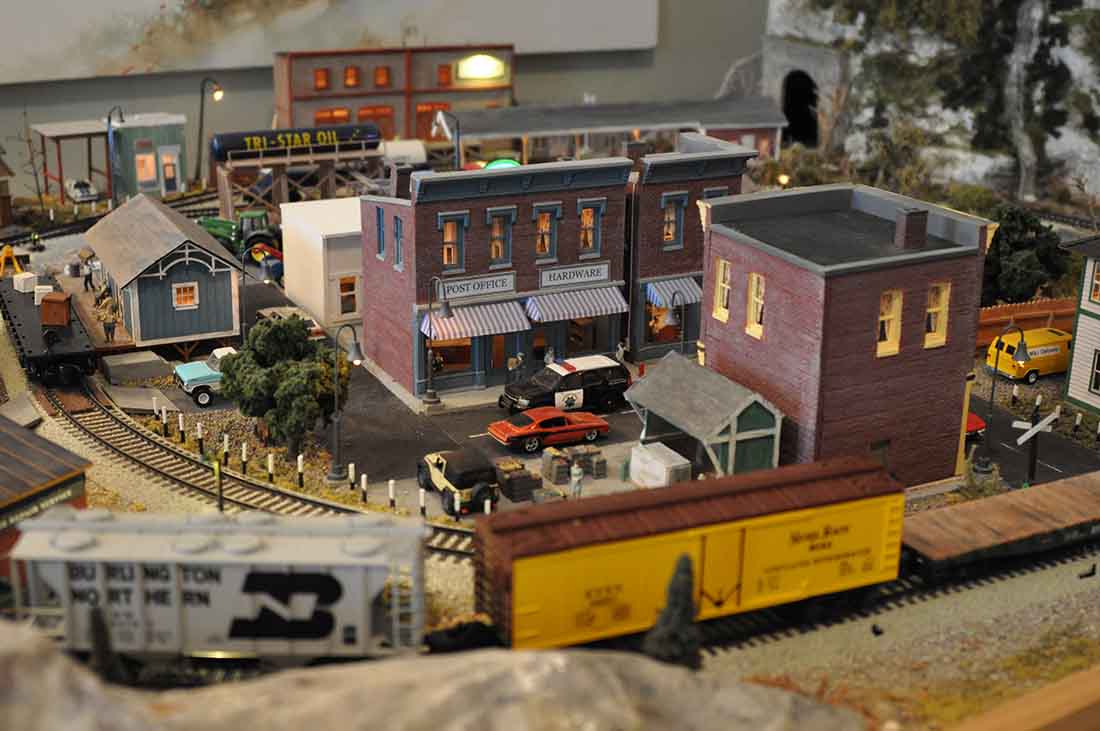 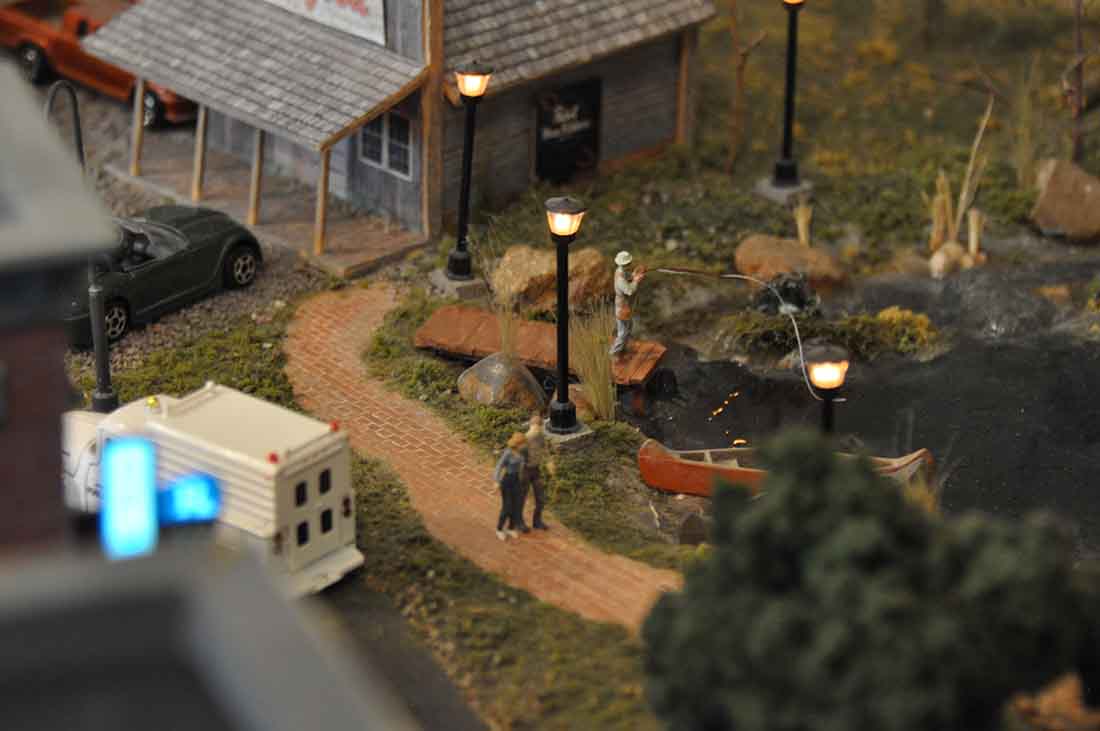 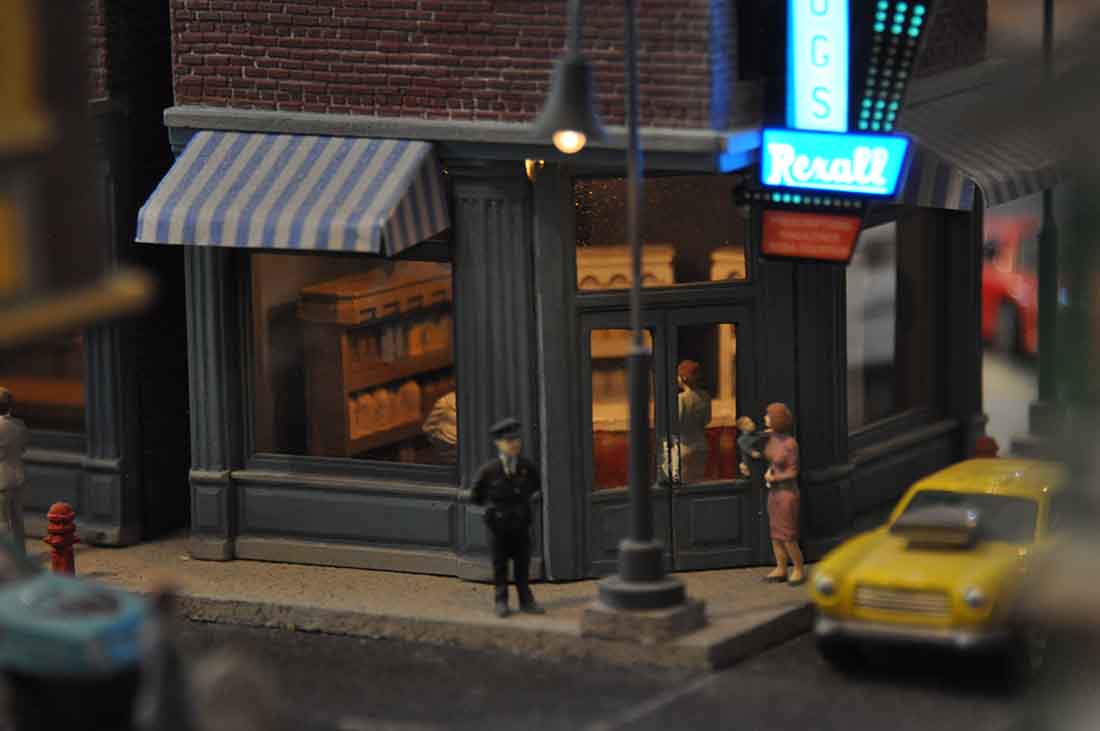 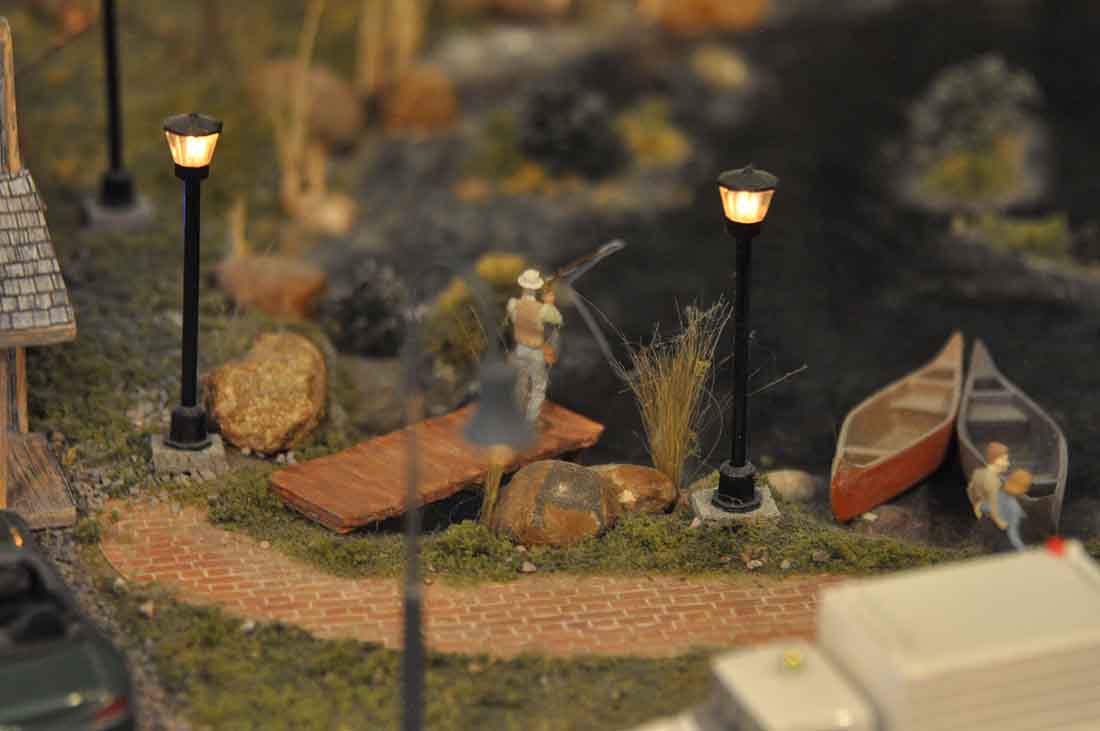 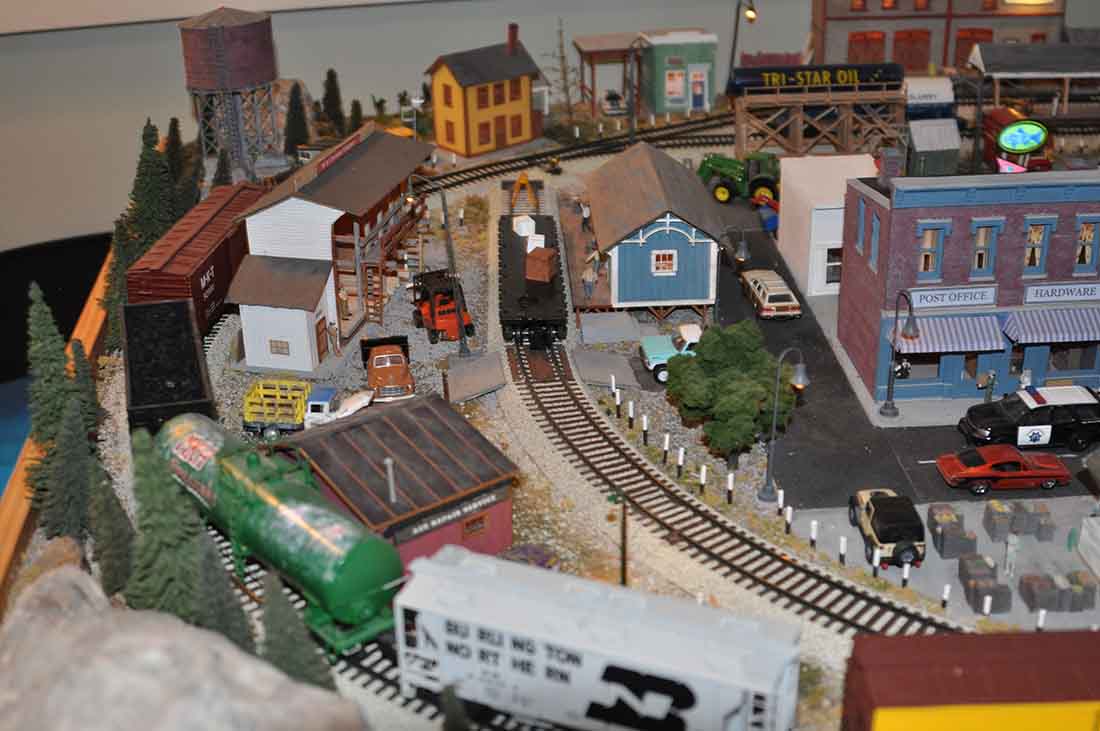 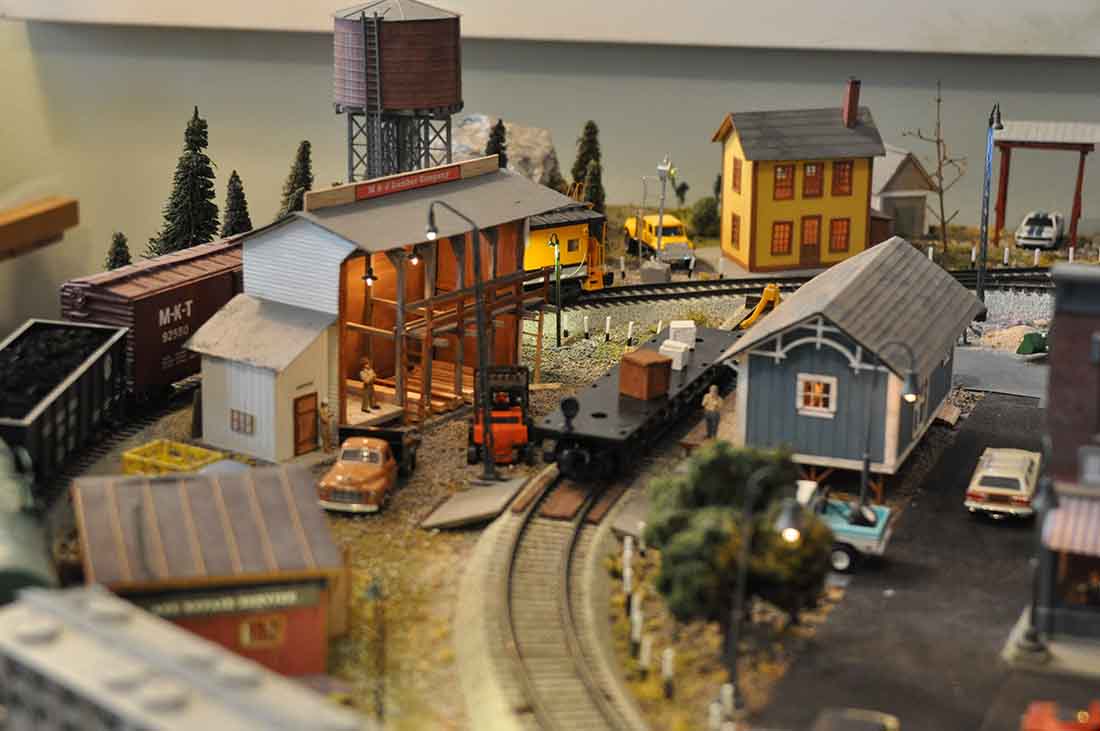 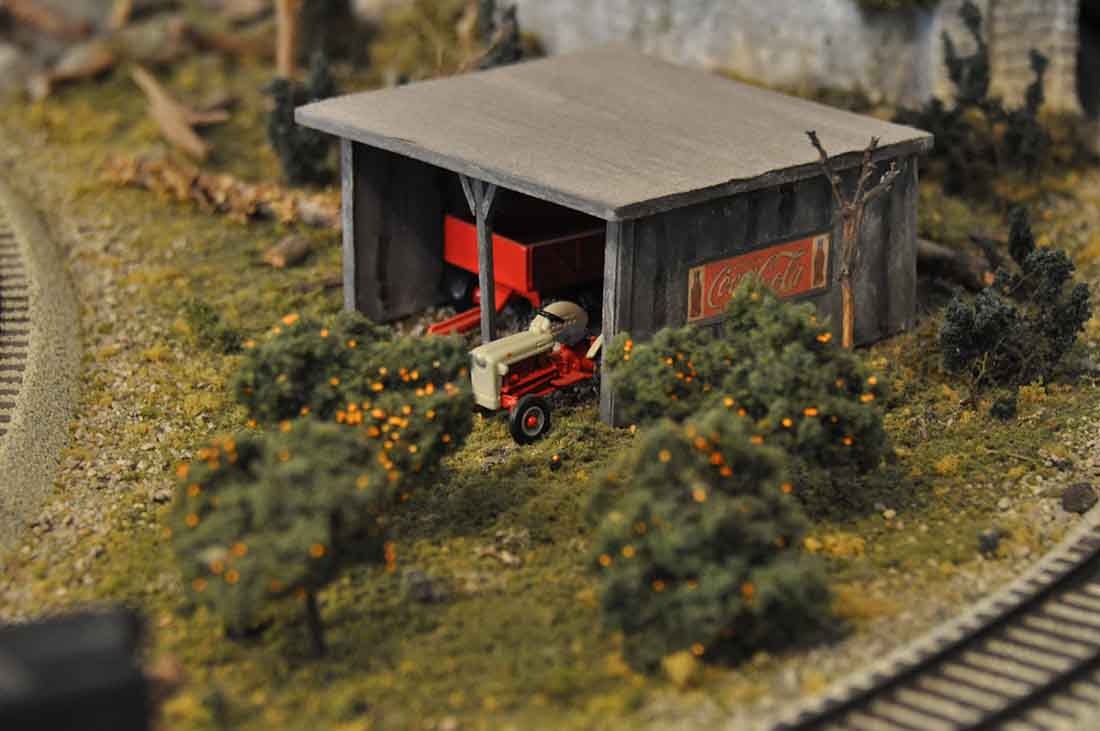 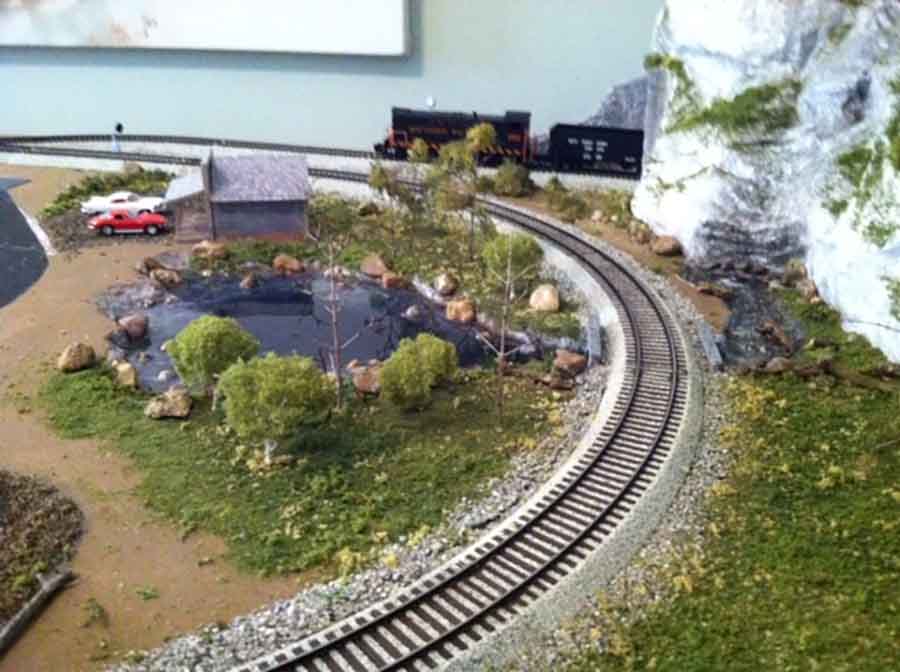 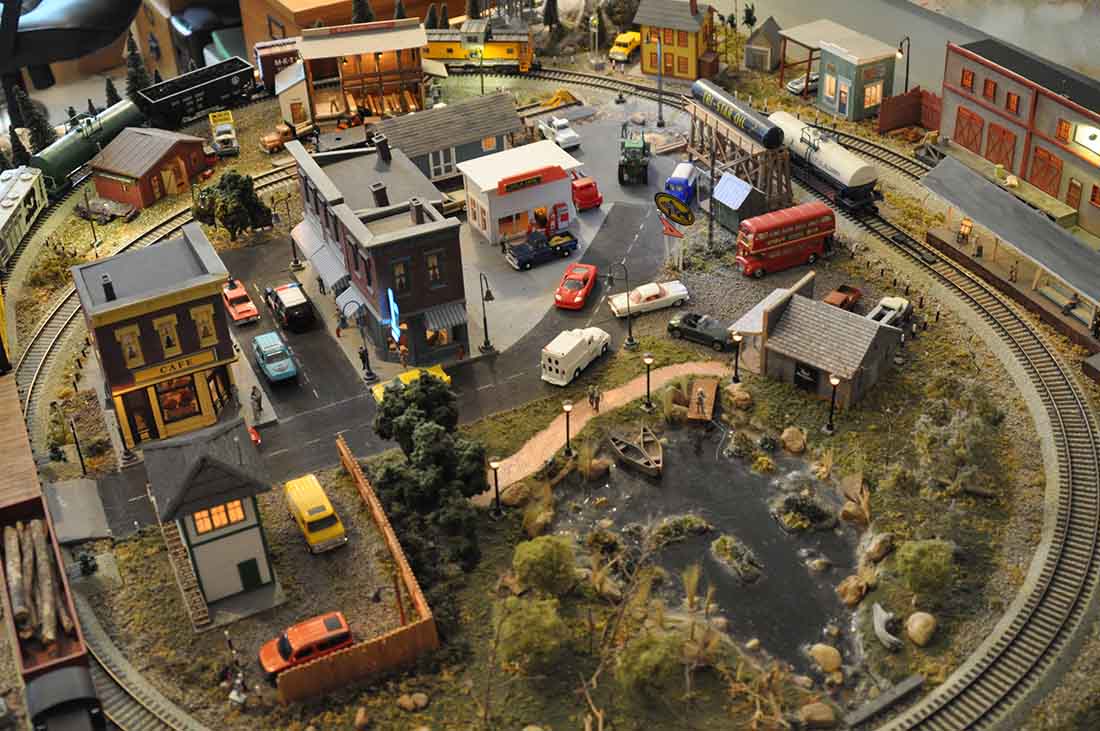 A big thanks to John for sharing his S scale trains. I don’t think I’ll ever tire of seeing your layouts.