Well, I have to start with a correction today.

Yesterday’s post – Ray’s station – was indeed a kit, and not scratch built.

But that opens a can of worms. Have a look below, is Clark’s building a kit or scratch built?

I built a 3D printer to expand what I could do at home, and wound up printing this small building.

The first two pics are as it came off the printer.

My best friend’s father Philip Koehler is also into N-scale trains; he was visiting and obviously liked it, so I was pleased to give it to him. I got the pic of it in his layout a month later. He did far more justice to it than I would have been able to, it looks great in his layout!

For the curious, the building is printed in ABS plastic (same stuff that Lego bricks are made from), one tiny layer at a time (about 0.2mm in this case).

The top of the roof and top of the smokestack looking a bit squirrelly is due to the hot print head spending too much time near that section of plastic and that keeps it from properly hardening in shape. I have since learned that if I print 3 or 4 objects at a time, it looks much better!

The original file for the building is not of my creation, it was posted by Thingiverse user, Stevemedmin. 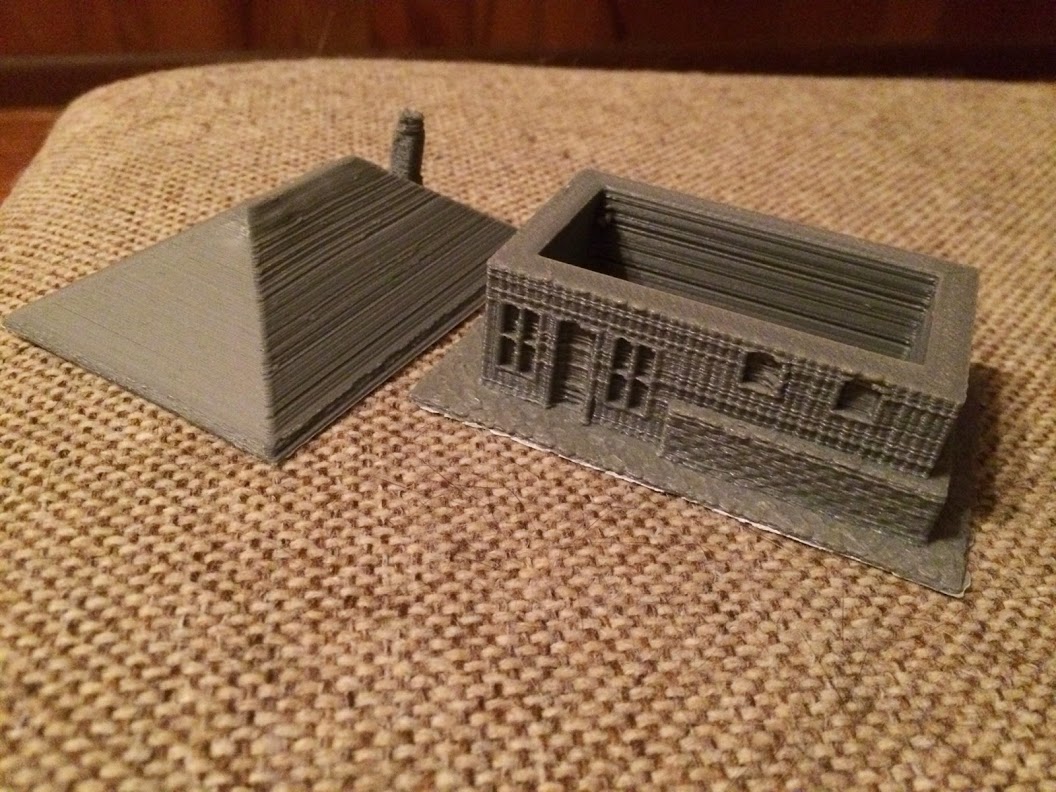 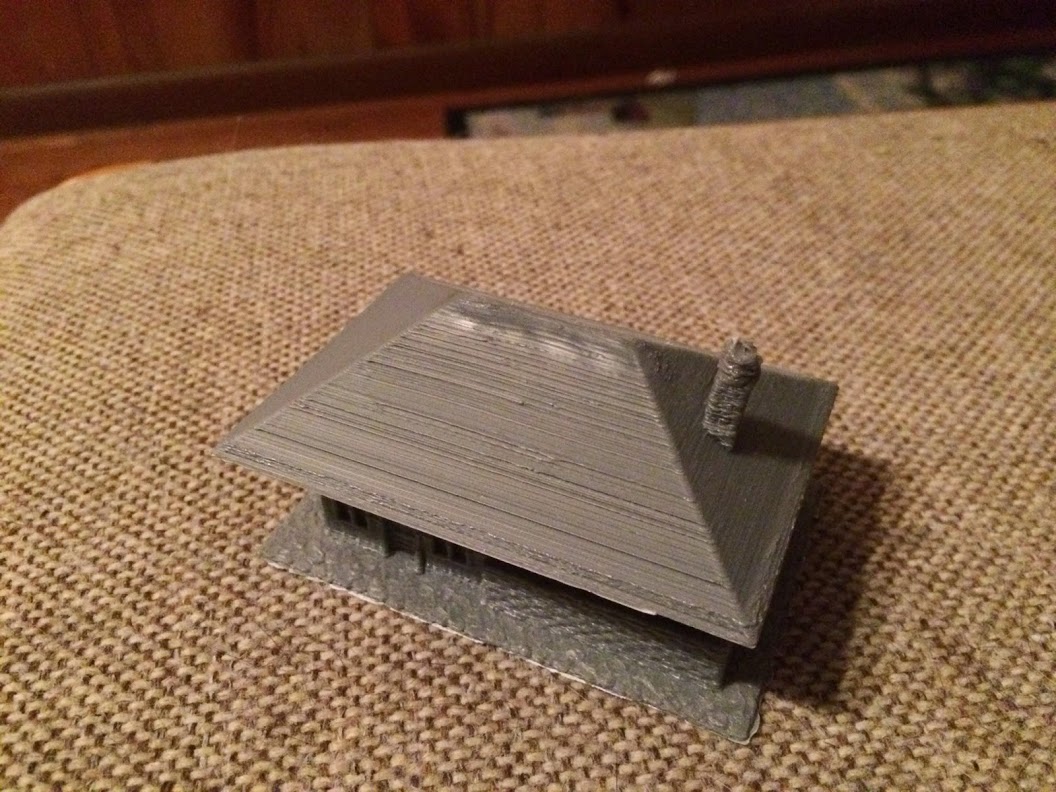 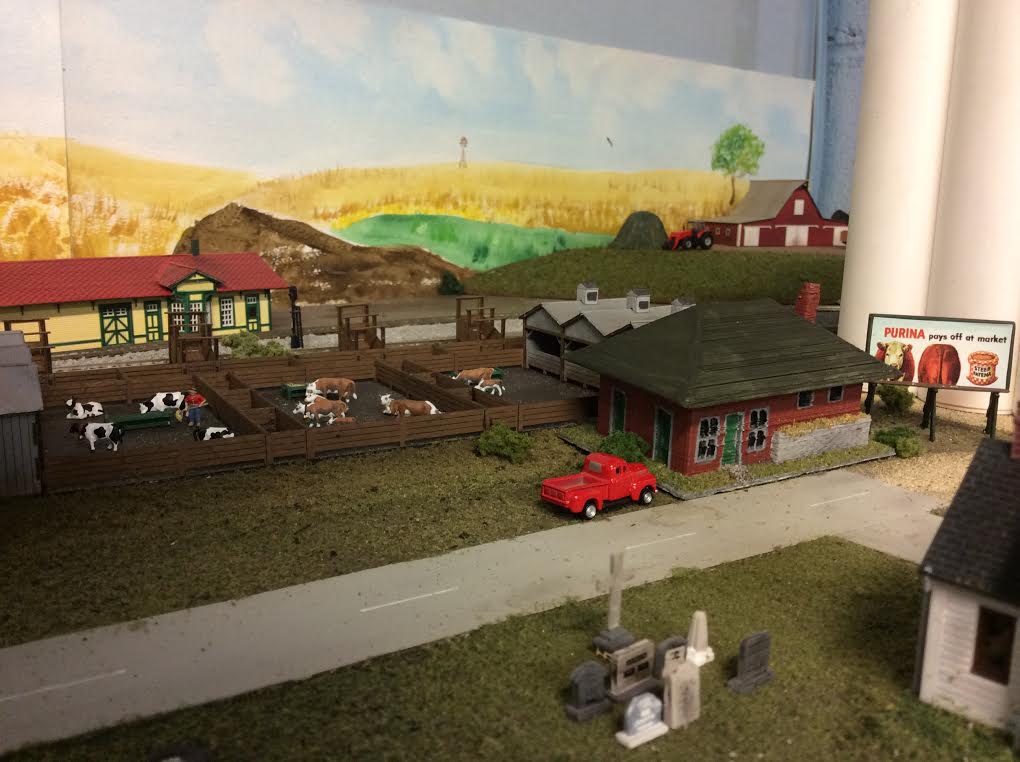 What do you think? Kit or scratch built? Anyhow, here’s some old school scratch building:

I send you my fuel station for 1:120 gauge. I’m would like to built TT diorama with polish rolling stock era III. 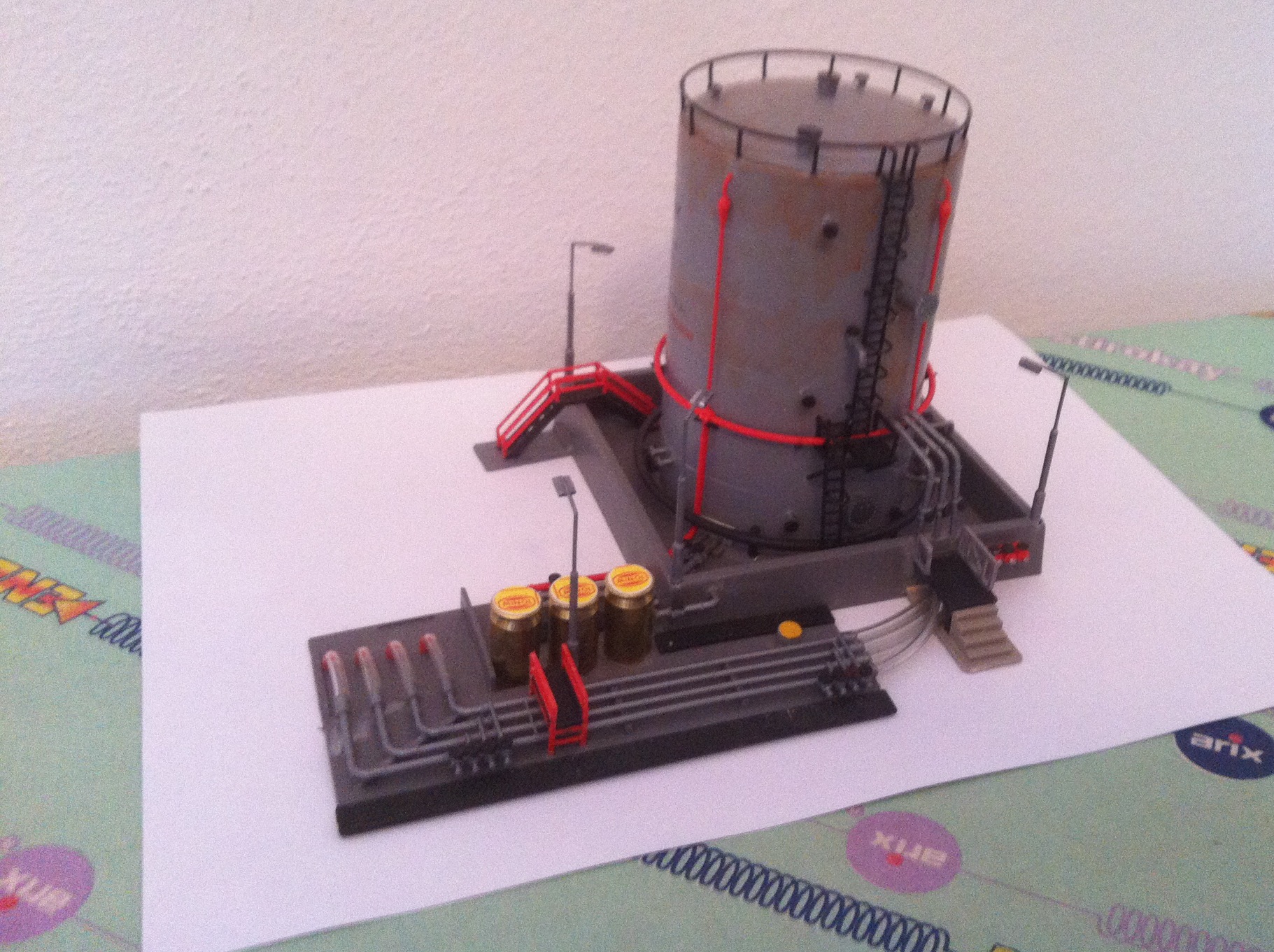 Please do keep ’em coming, even if it’s a kit, a scratch build, a kit bash, a layout, a start… just hit reply to any of my mails.

And if today is the big day when you get going on your layout, the Beginner’s Guide is here.