Mike’s been back in touch with more of his fantastic scratch builds:

Here are more of my scratch builds.

The church and Merchantile are for my cousin in the Midwest. The others are on my small layout.

Everything except windows and doors are materials I have in my wife’s art room art room. Until I can figure out a jig to make the windows, I’ll buy them.

The Union hotel is a building that is in Union Nebraska. It was a place that train crews stayed half way between Chicago and the west coast.

The Post Office is a small town in Nebraska. Both buildings use the same technique you employ in your structures.

The Mercantile is actually a mill in Nebraska, but the layout needed a small town merchants shop…so it became a Mercantile.

The best part of modeling is the flexibility and diversity in building structures that fit a layout’s theme and era. It was through your site the first time I followed you that a modeler right her in Central Florida reached out to me to get involved in his potentially new club.

One of his friends has a Lionel 3-rail scale layout. I am helping him get his buildings and landscaping up to a finish. He likes what I do and wants the same detail, just on a larger scale. It took me a while to get use to building on big boy’s scale…😬.

It is always good to see what others are doing as they share on your site.

I only wish that I had started many years ago while my father was still alive. He had 40 years with the CB&Q railroad, a wealth of knowledge. Because of his extensive knowledge, he road with the Flying Scotsman when it toured here many years ago. 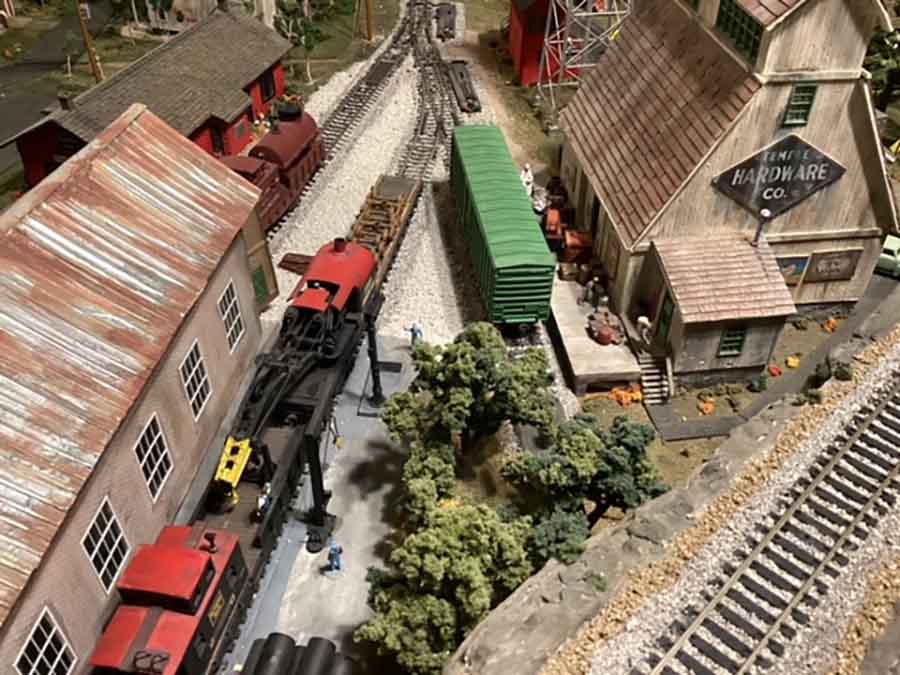 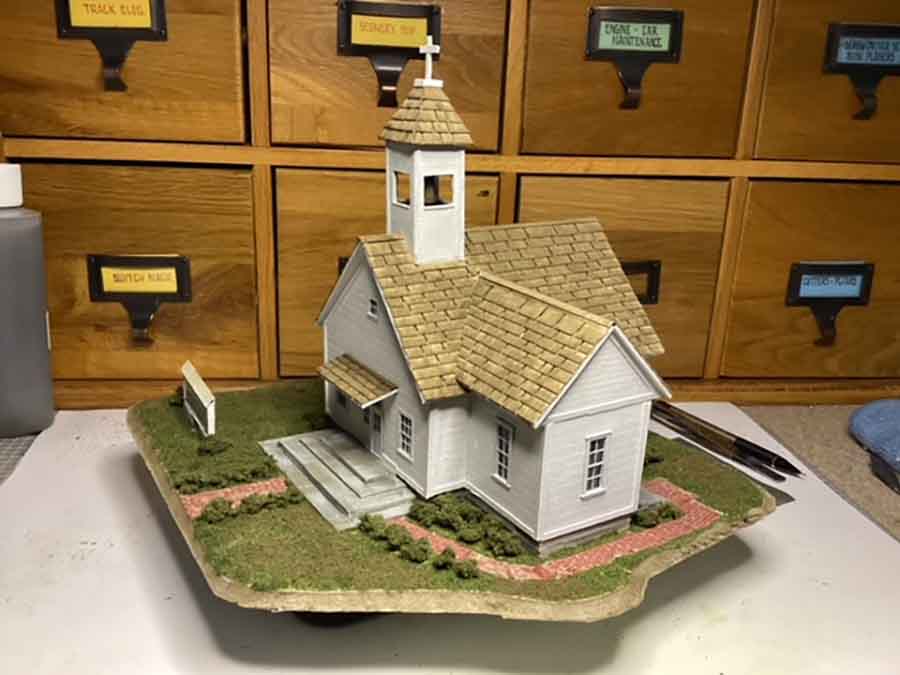 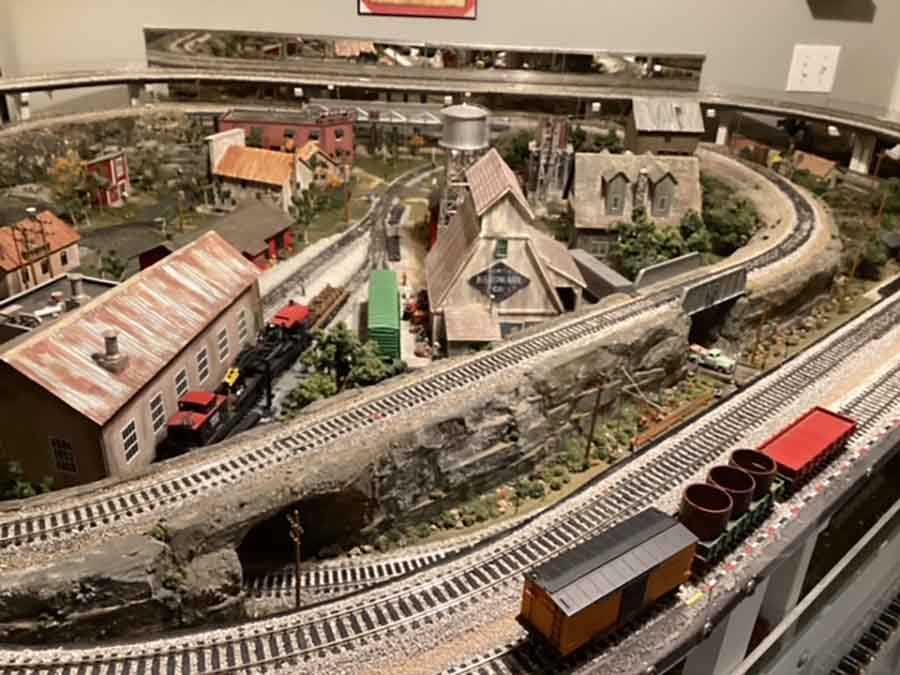 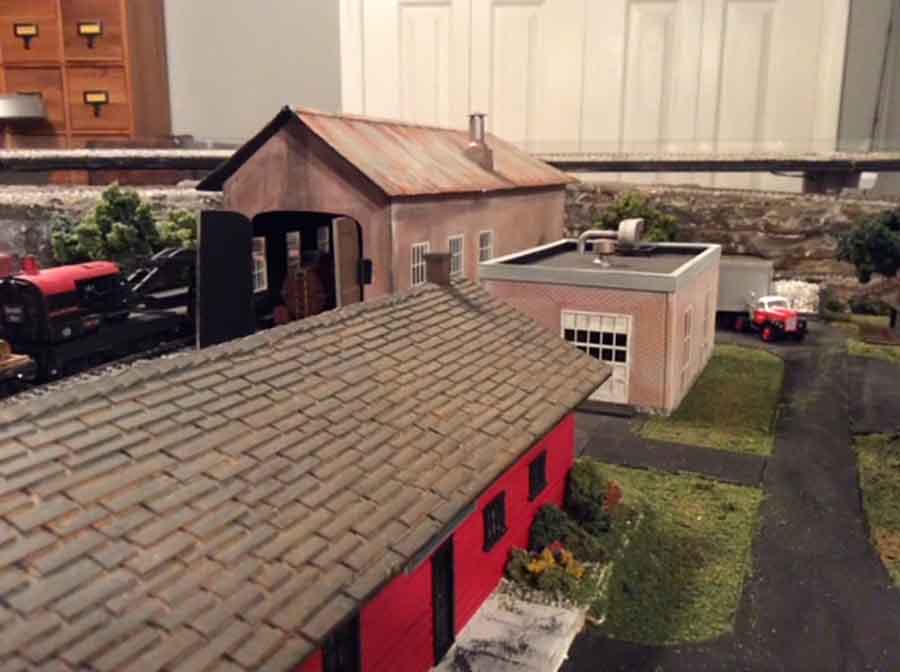 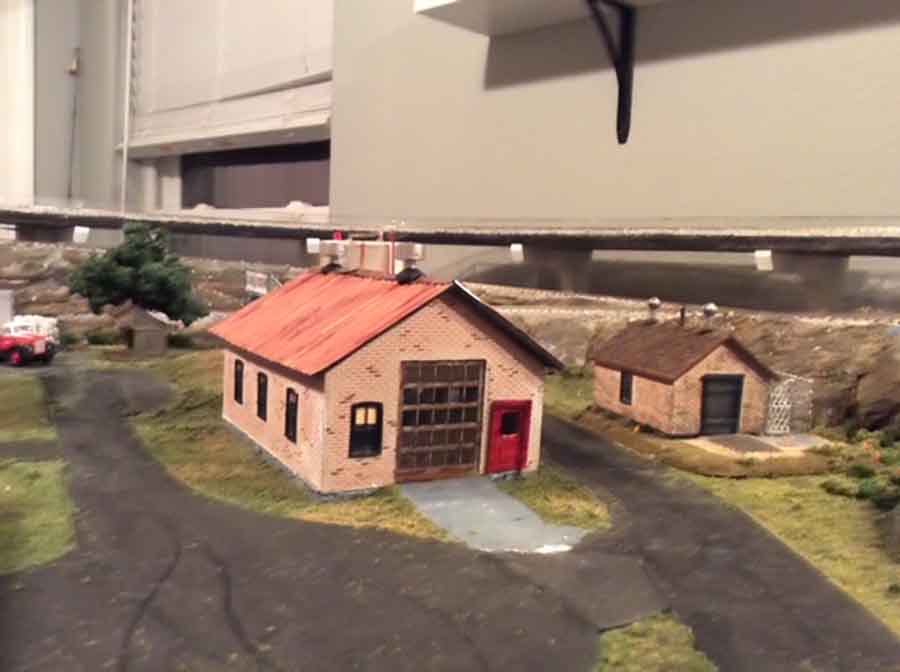 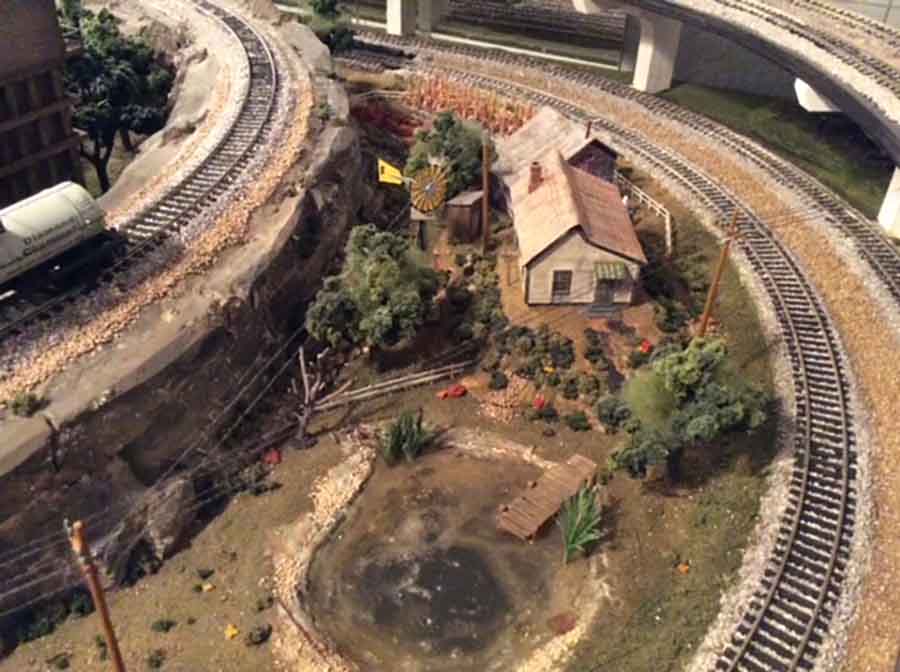 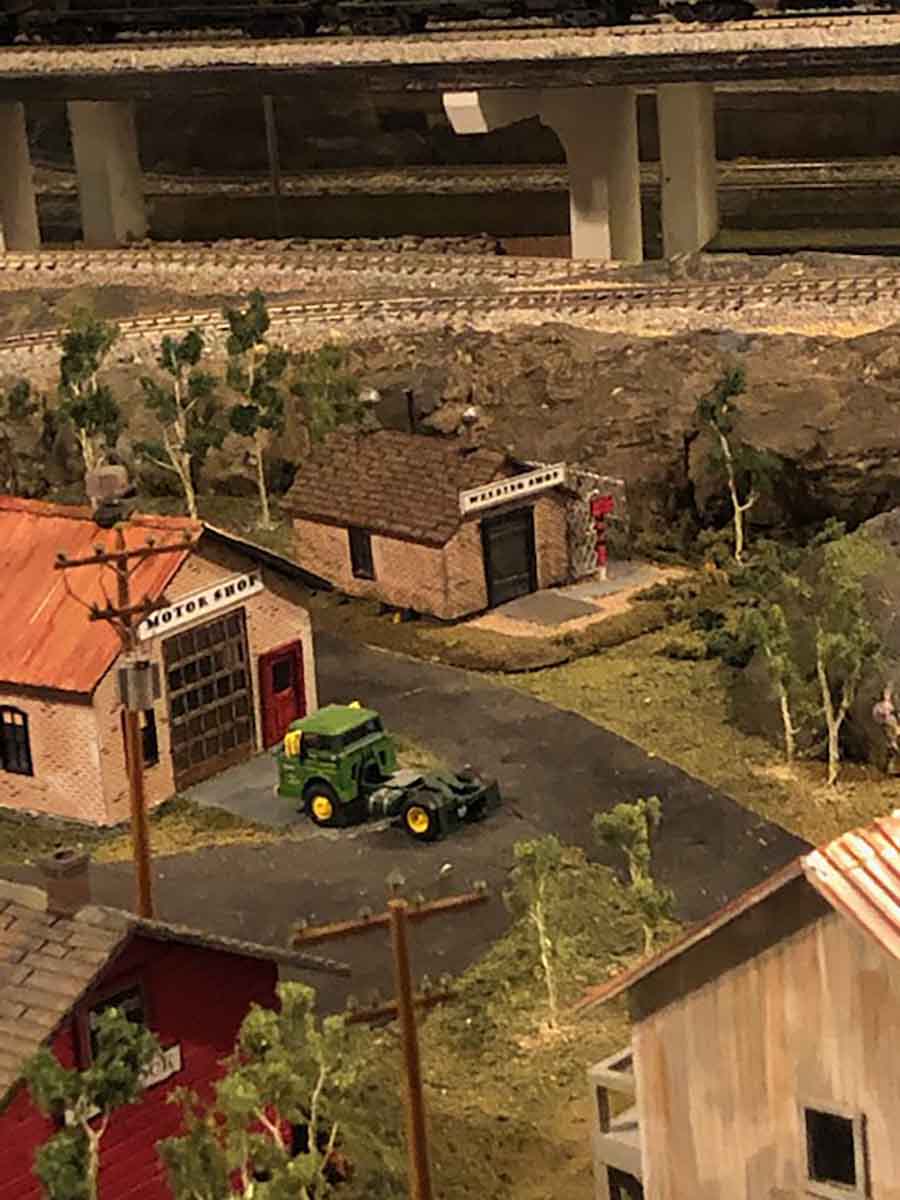 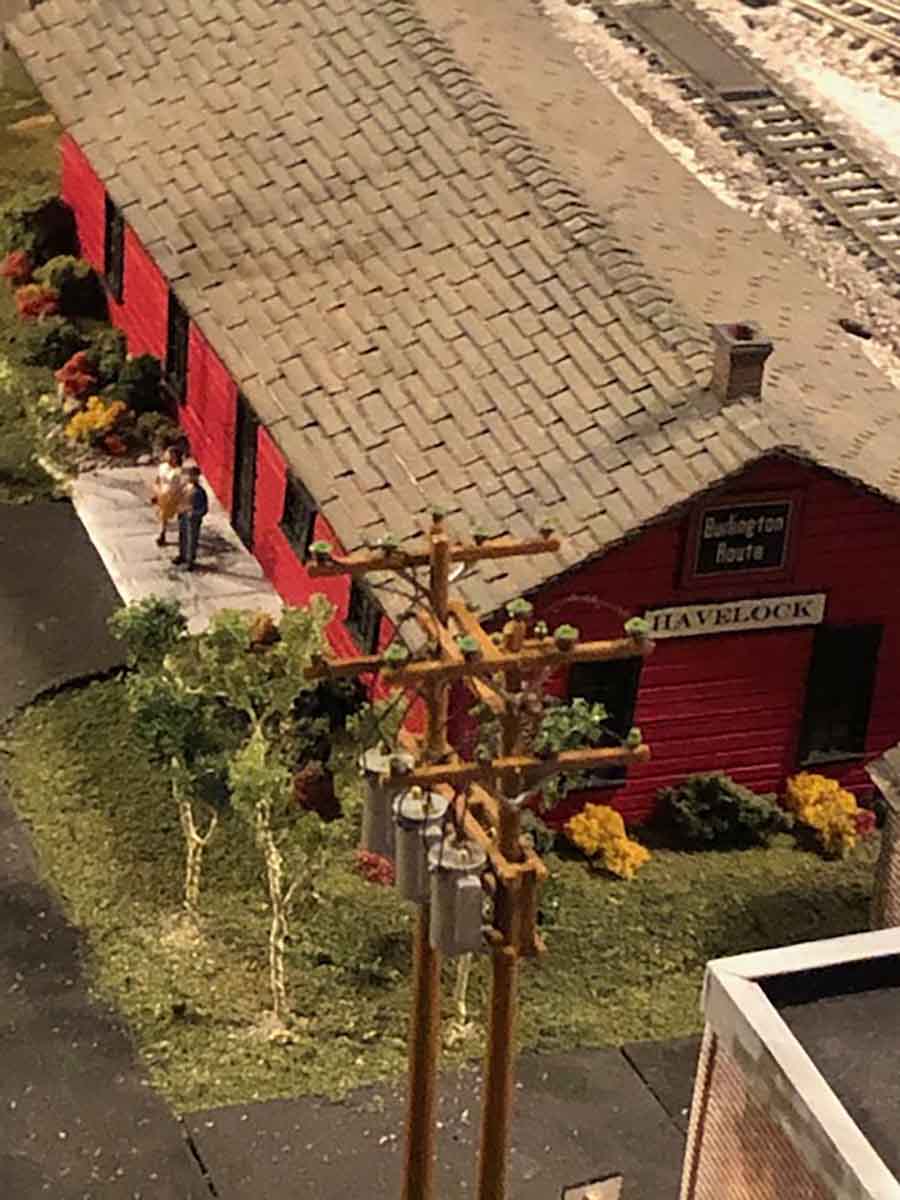 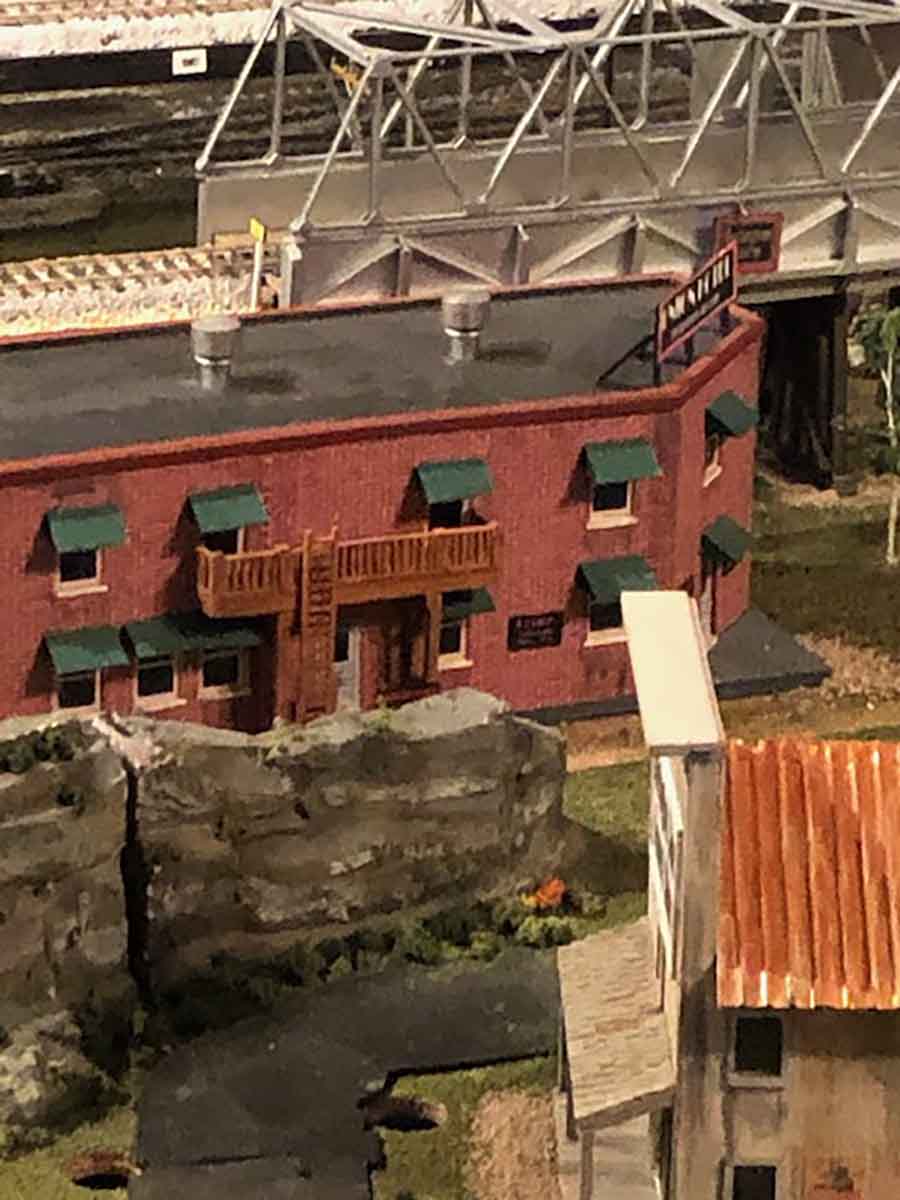 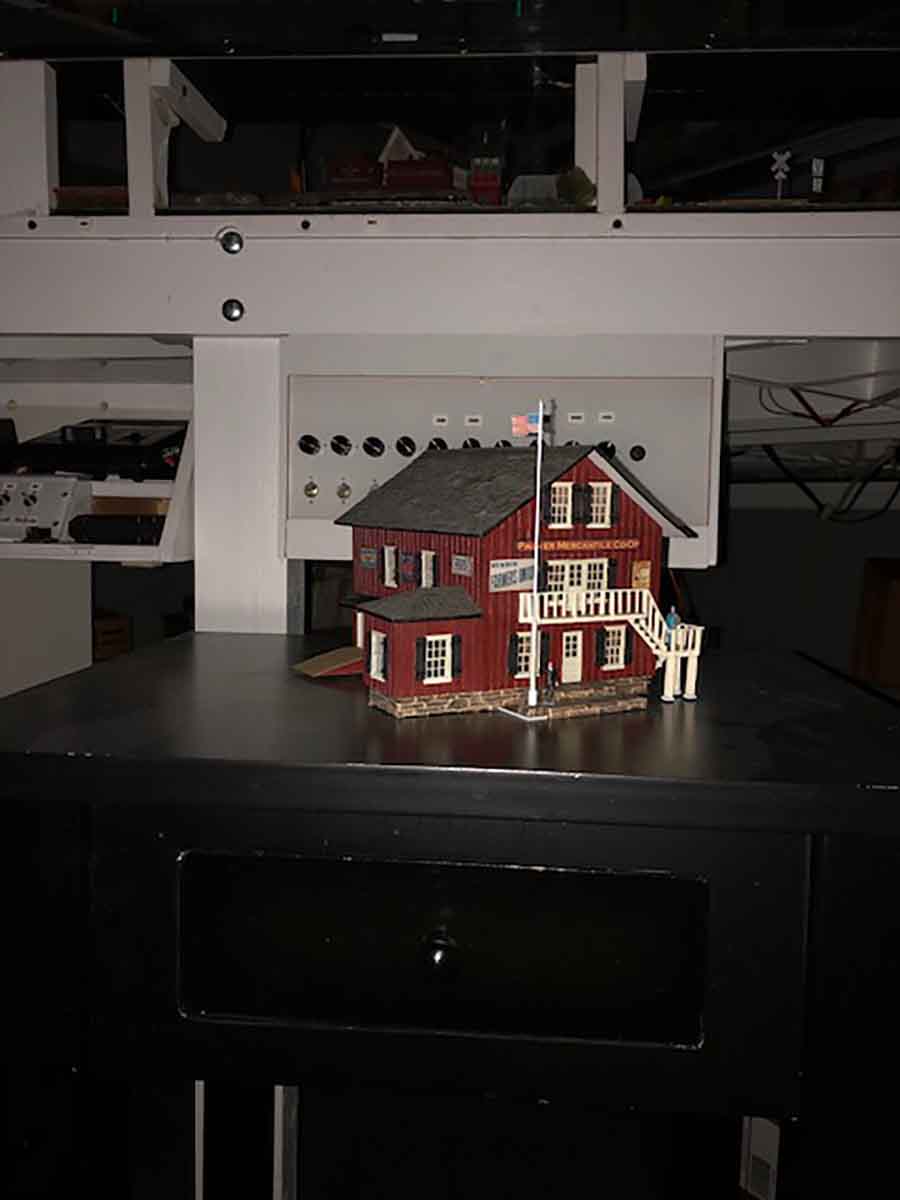 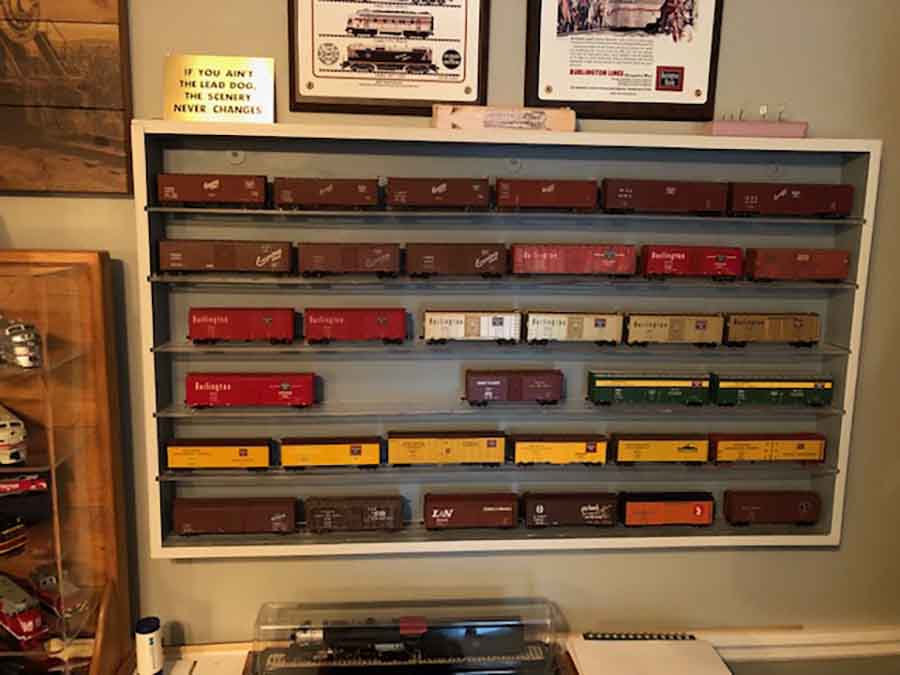 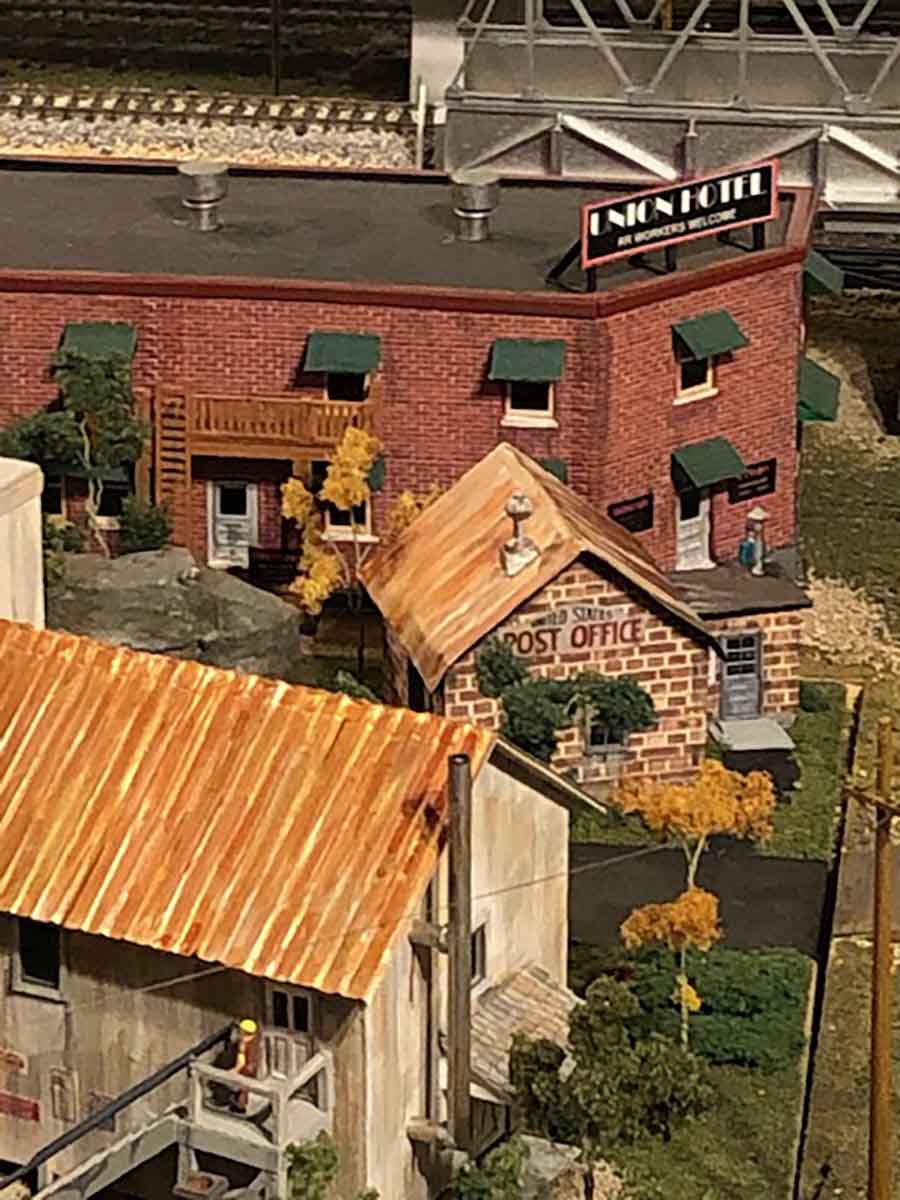 Recent comments/criticism of my layout after your last post missed what my layout is intended to accomplish.

My study model was just that, a study of space availability. The space was used to showcase my builds and run my trains.

I sent you an overhead of the layout and the wall display cases built to store my trains. The small covered case holds most of my engines. I have always contended that a small space can contain plenty of detail and interest. 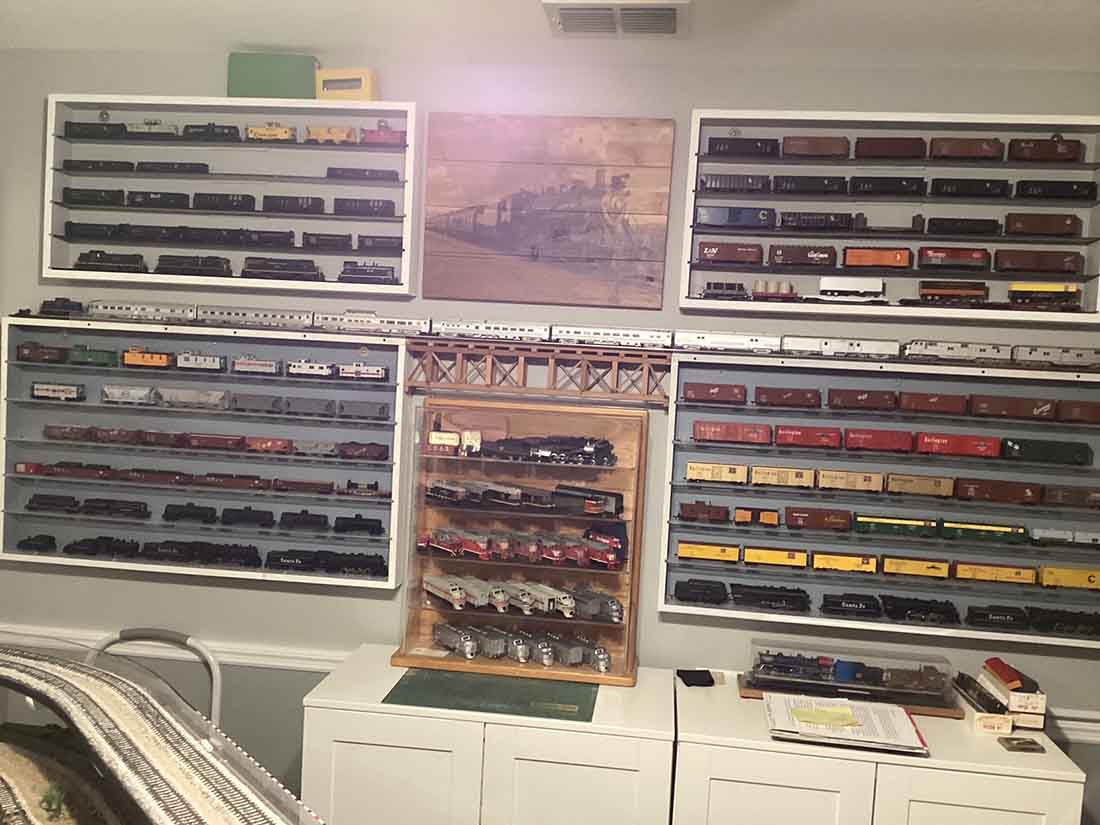 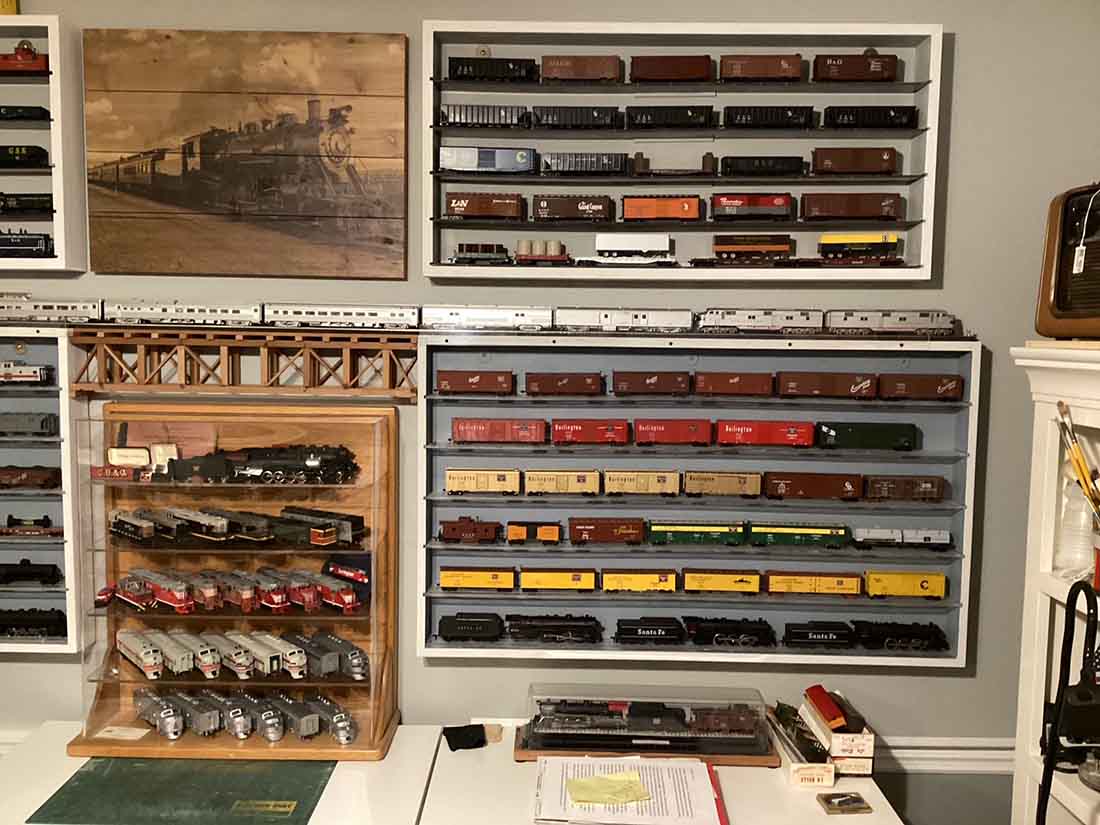 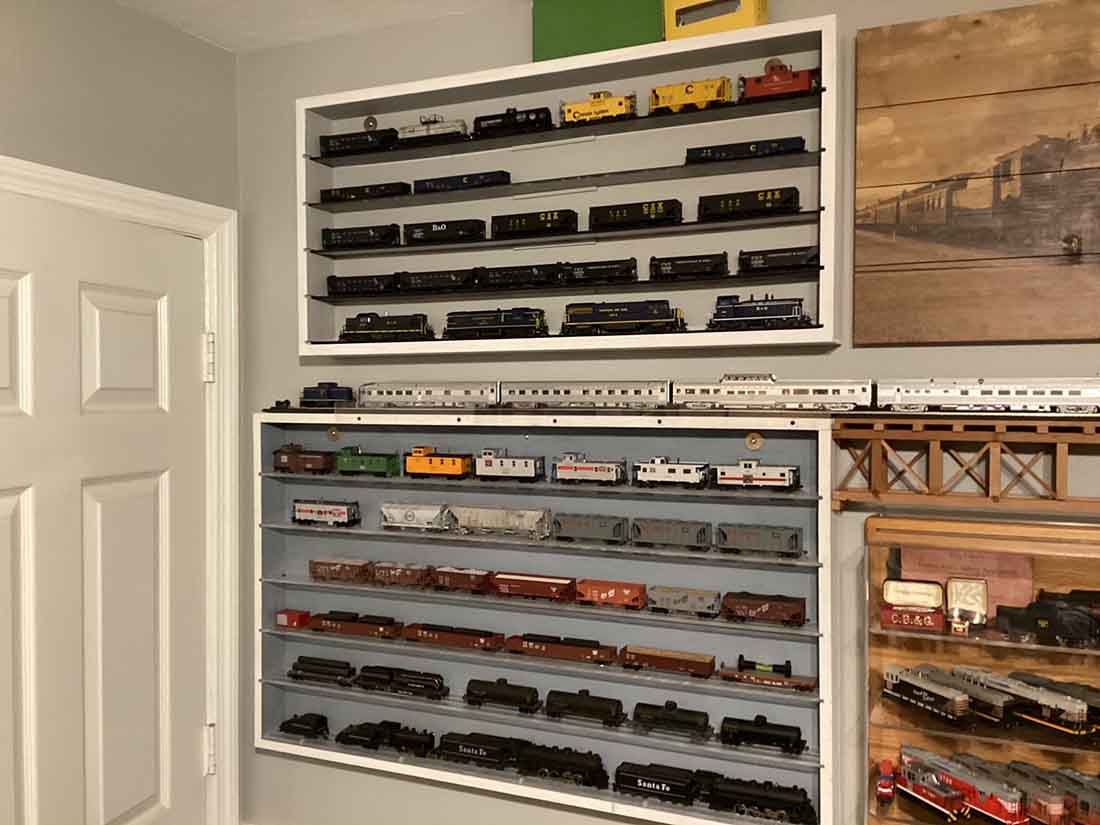 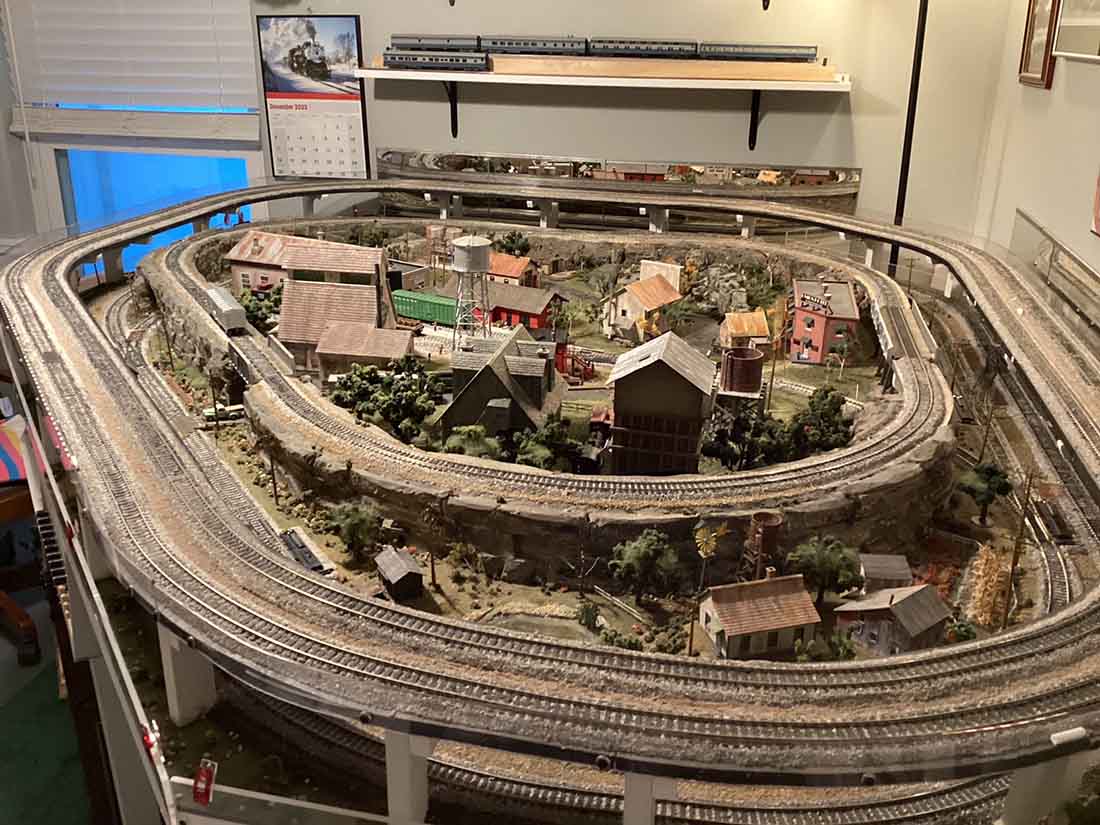 A couple of the comments on the last post wanted to know/see how the raised rib roofing is made.

Here are three pics of the jig I made and what it looks like and the materials I used to make the roofing.

The jig is a piece of MDF with two piano wires drilled in at both ends, parallel to one another at a 12” O Scale spacing.

I use the same one for HO…. All of the buildings I sent photos of had the roofing made on this same jig.

I use Coke can aluminium and copper sheeting to make the roofing panels… each panel will be what ever I want to make it, but usually six ribs or about 48” in scale. 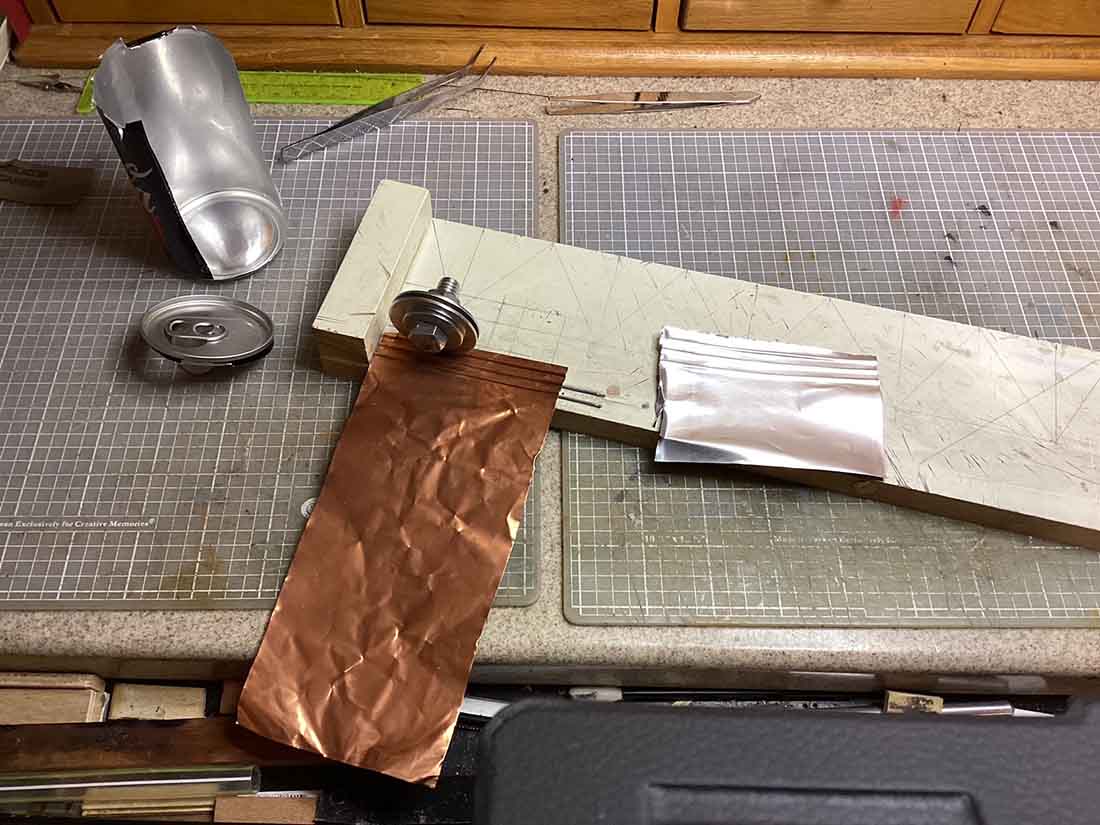 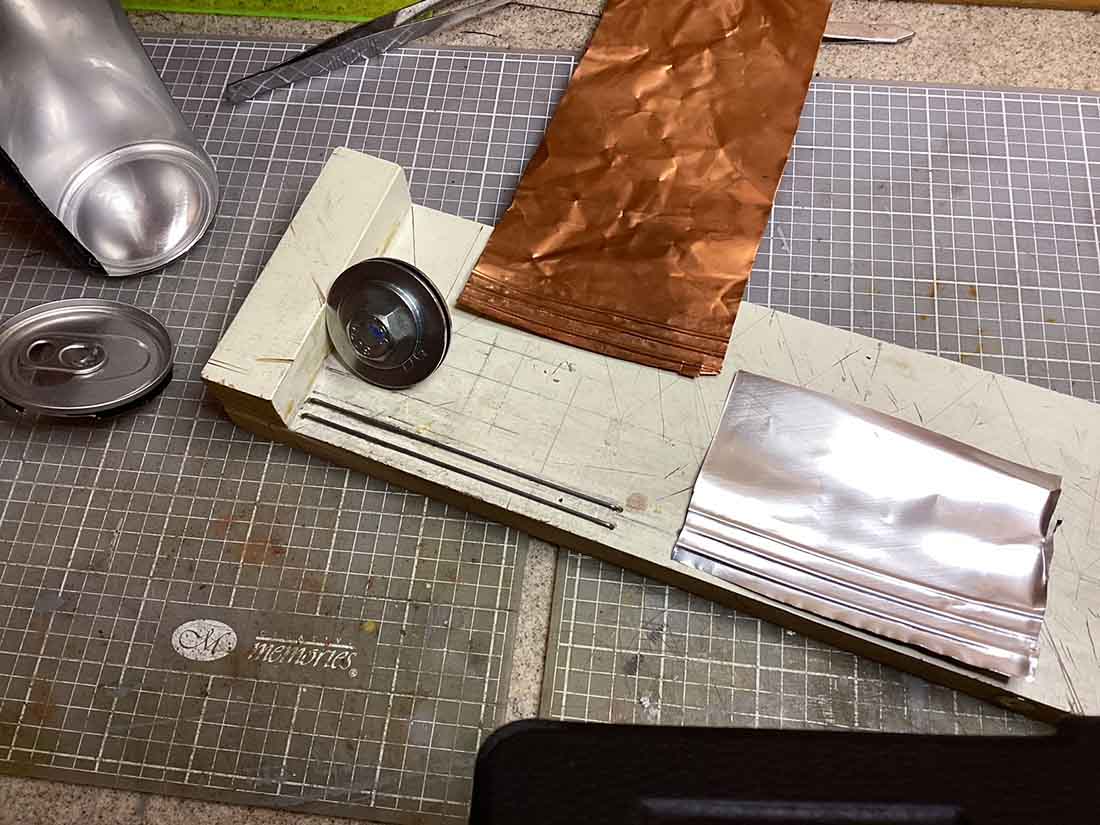 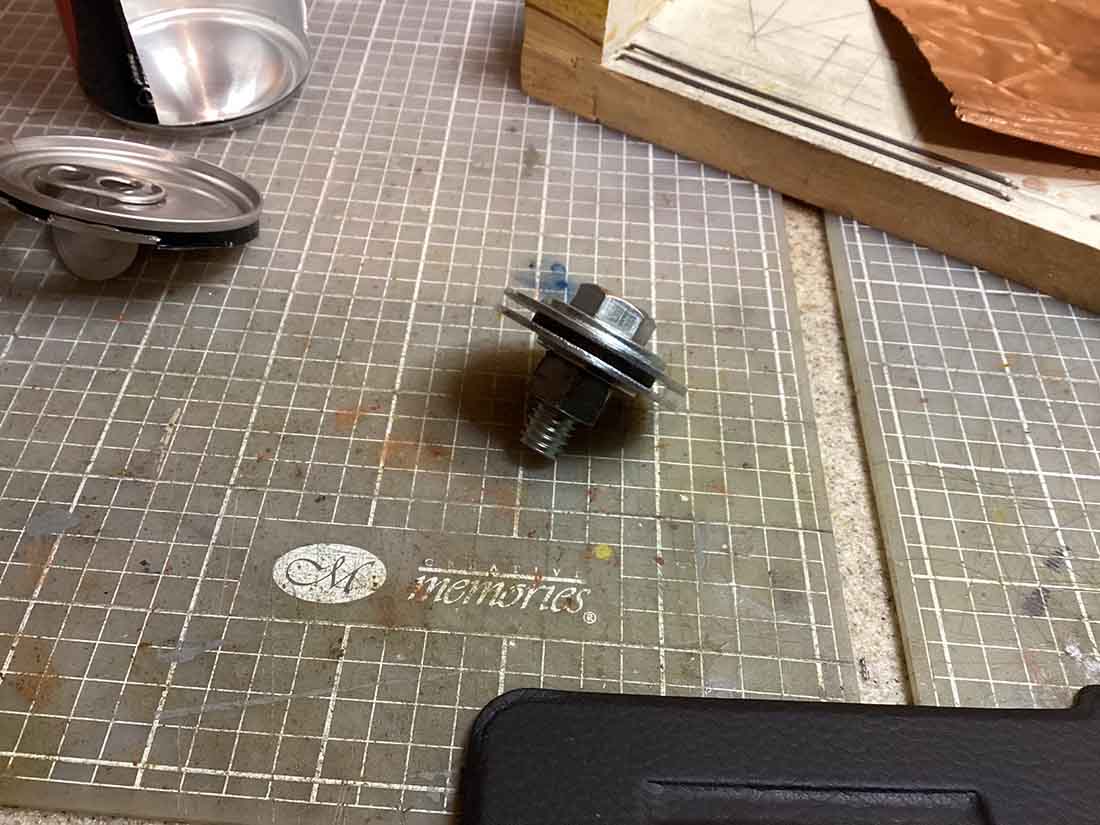 I would estimate that I have spent 40 hours per week working to always improve what is there. I have built 20 structures for my cousins 8 by 20 layout in the Midwest.

I have plans to build a dozen more for him. Each building are models of actual structures I find traveling the small towns of America…. No plastic RTR that can be bought in a store. That is not meant to be critical, but to say… they are all one-offs… no other layout has them. Again, my passion for preservation of the past.

Cheers mate and a Very Happy and Blessed Christmas to you and family.

A huge big thanks to Mike.

There’s one particular line in his narrative that jumped out at me:

“My study model was just that, a study of space availability. The space was used to showcase my builds and run my trains.”