John’s been back in touch with an update – have a look at his HO scale liftbridge:

Moving my layout is progressing and it’s time for an update.

Since I had to cut up the entire layout, I decided to use the same method I used when building the layout in the basement area of the house, which is to do one section at a time and “connect” the dots as each in completed.

This move required going up 3 stories, taking it to the attic (as I said to friends, might as well moved it to the moon, given how hard the job was).

Nothing I did below is fitting in the room upstairs as was originally done, so lots of module modifications are being done, and a complete re-arrangement of where everything was is required.

One casualty is the rather soring mountains that I liked when I had the headroom to include them in the basement (sigh) they had to get cut down. On top of that, I’m adding a few new modules, an example shown is the old wooden ore mine in the foreground.

I’m taking an extraordinary amount of time laying the track, and this time using code 100 rail.

The last version of this layout was plagued with derailments which I traced to my not paying enough attention to good workmanship when installing the track.

I’m running a precision level, and NMRA gauge over every inch of track and solder joint, and frankly have found several turnouts (points) that were way out of gauge, no wonder they were a source of derailments!

Anyway, one wall is on the way to completion, probably 2/3 done, some modules are still not secured as I have to lay track behind them.

The schematic diagram has been modified, the lower left track coming off the bridge module is now exposed, and is where the wooden mine structure is located.

The picture showing the right end of the bridge valley is my work area. Trains will go by but other than simple painting there will be little or no scenery there.

Another feature is the lift bridge. I had to work out a way to get to the Airconditioning unit behind the wall, so made the bridge.

It actually works and allows access to the closet/AC room behind the doors. That bridge was constructed (OK, I admit out of scale) with some old Gilbert Erector Set stuff I had from 50 years ago.

Hope all our modeler friends across the world will have, or had a great holiday season. I’ll be sending in more updates as time permits. 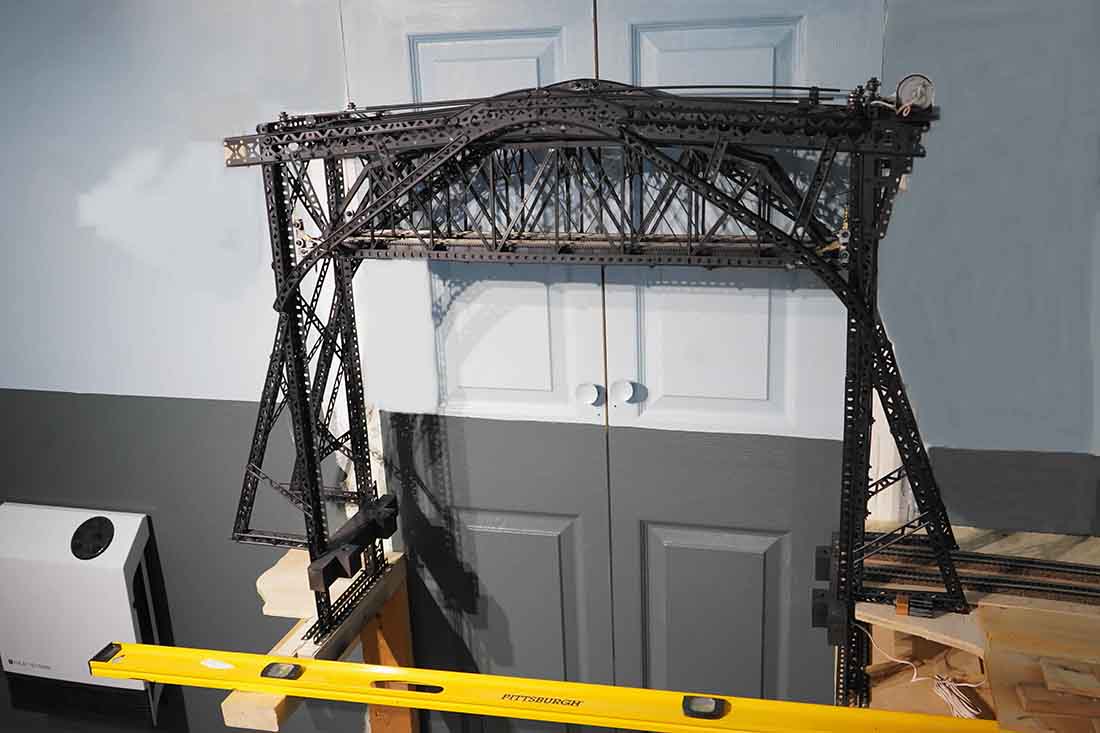 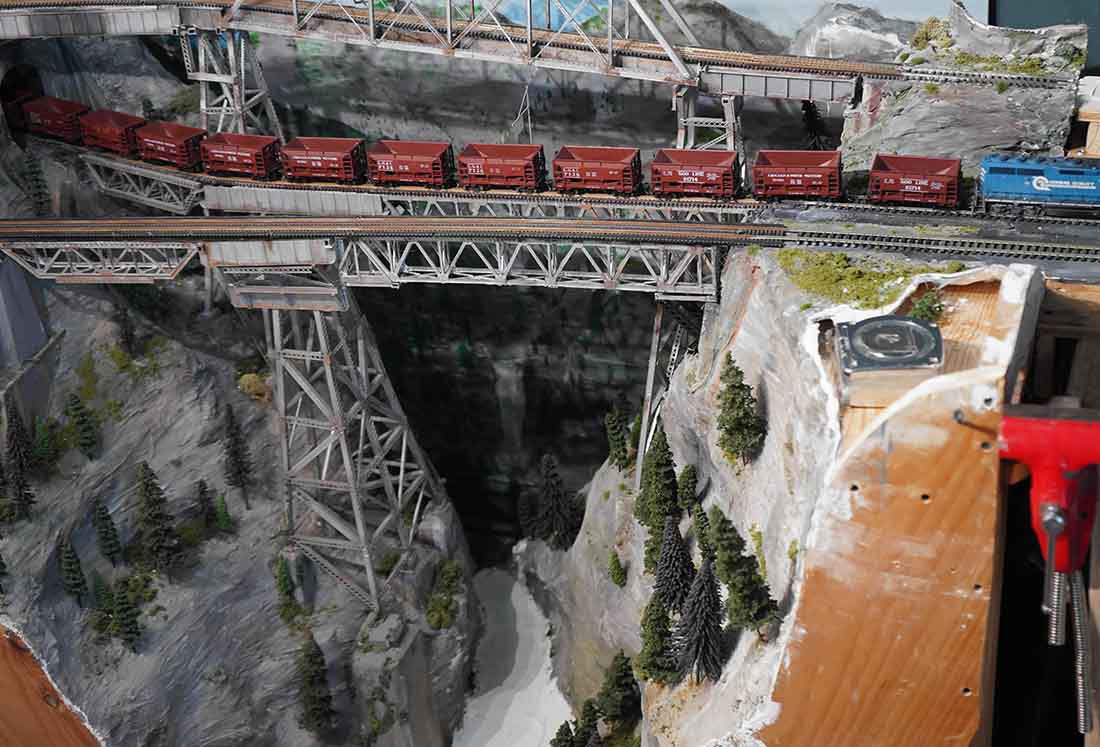 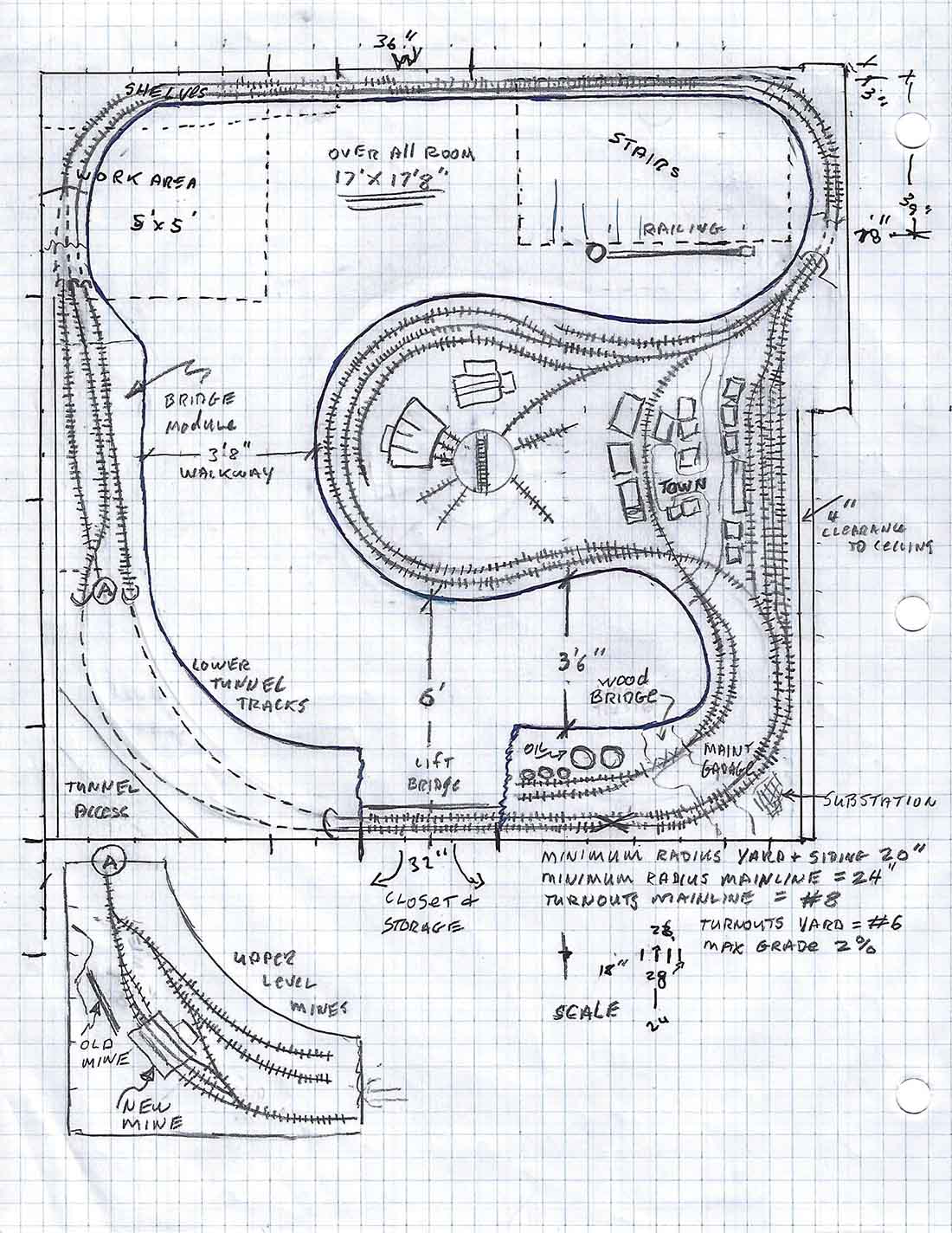 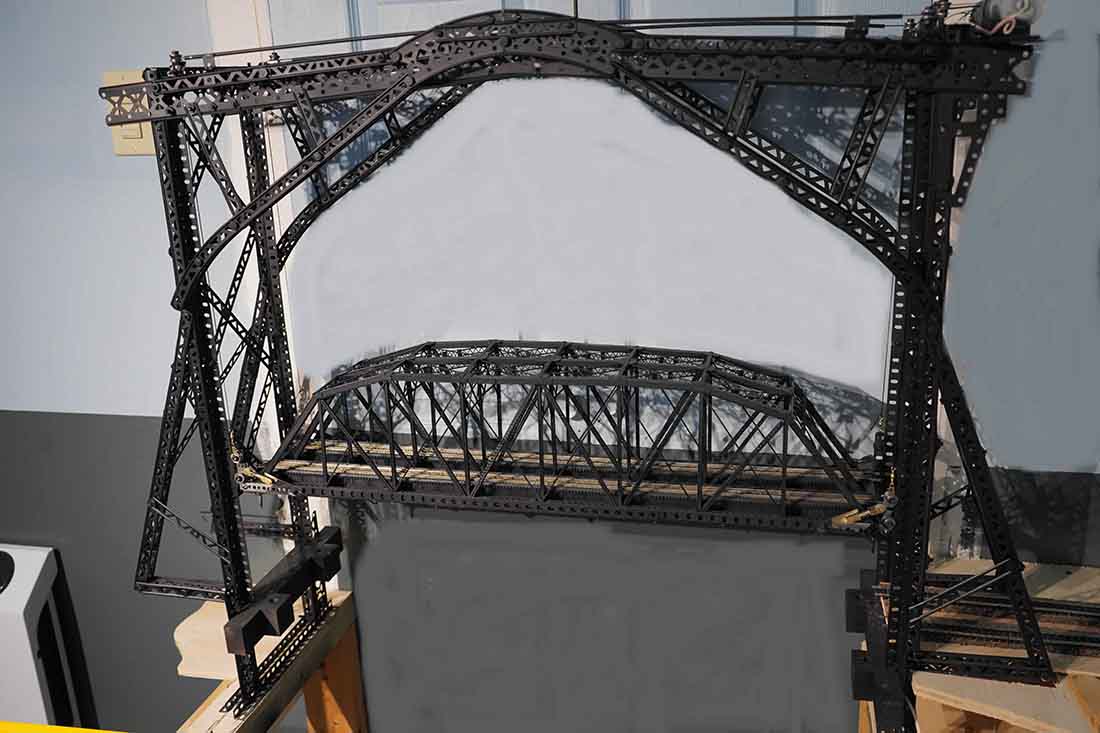 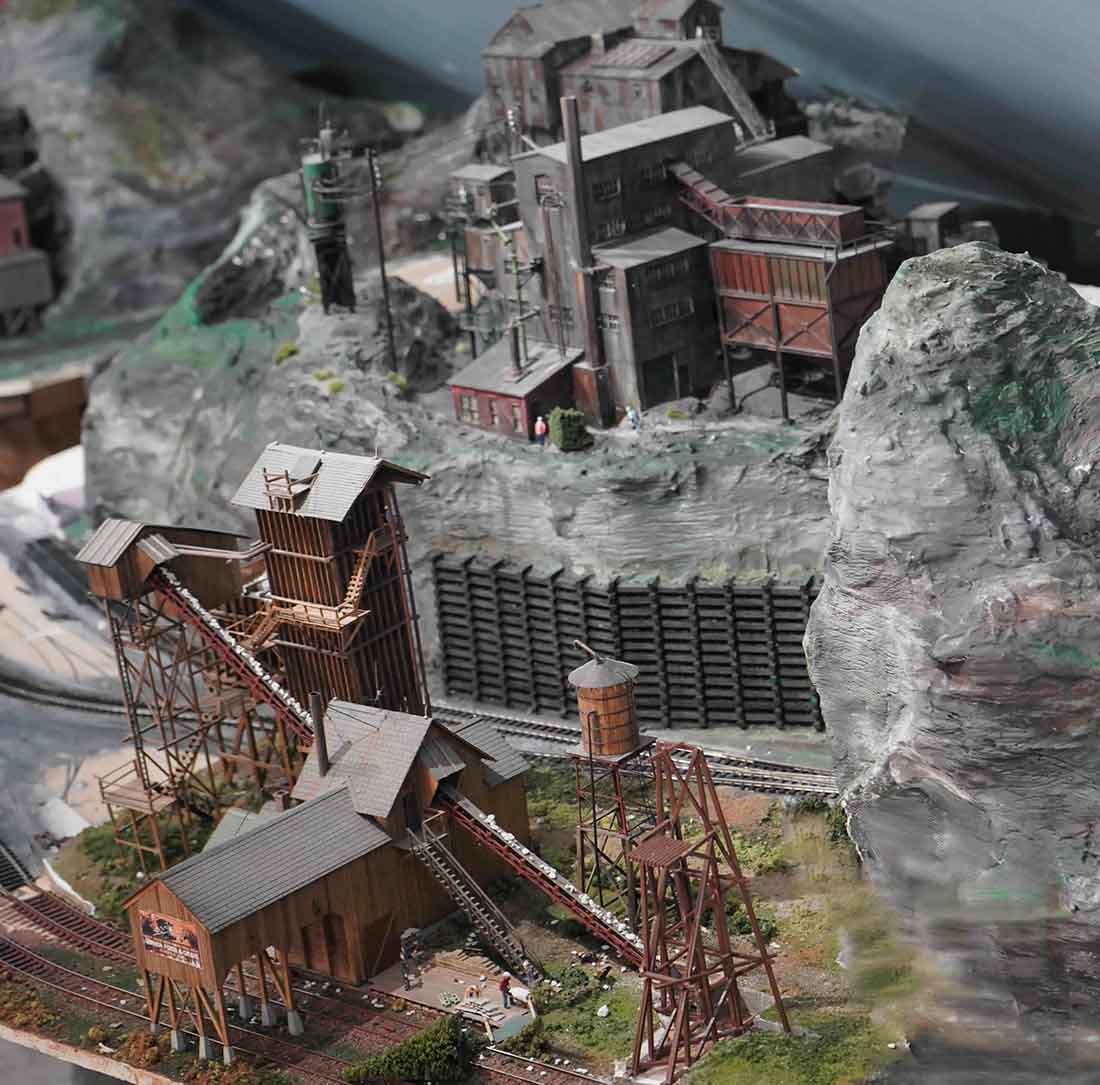 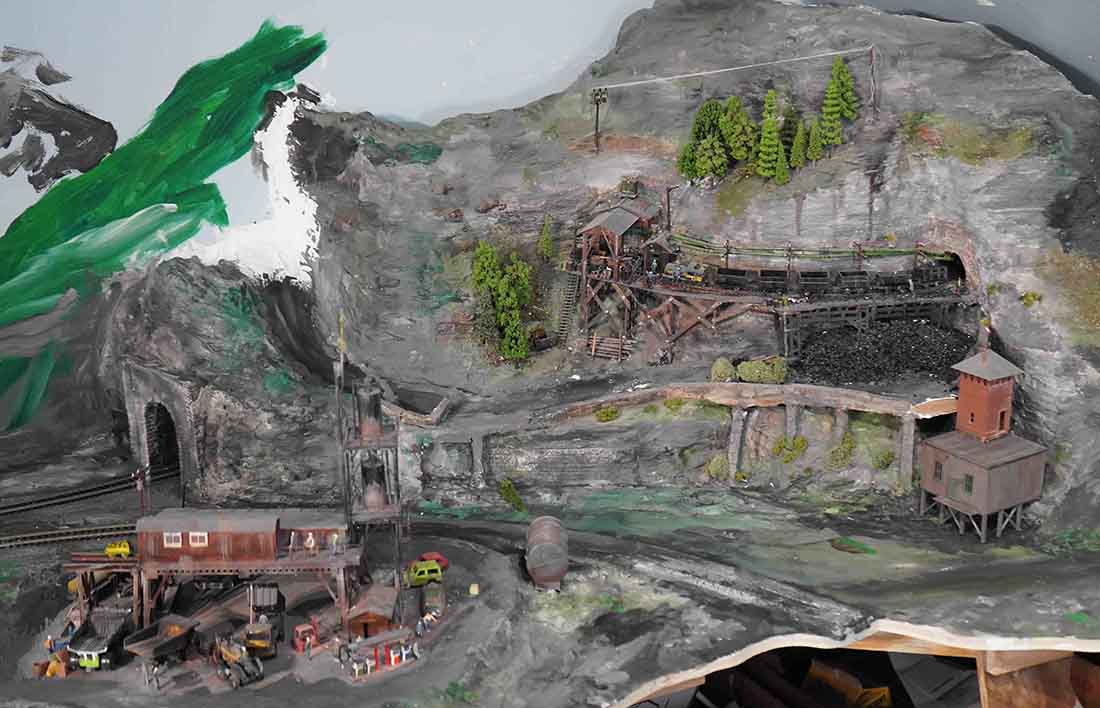 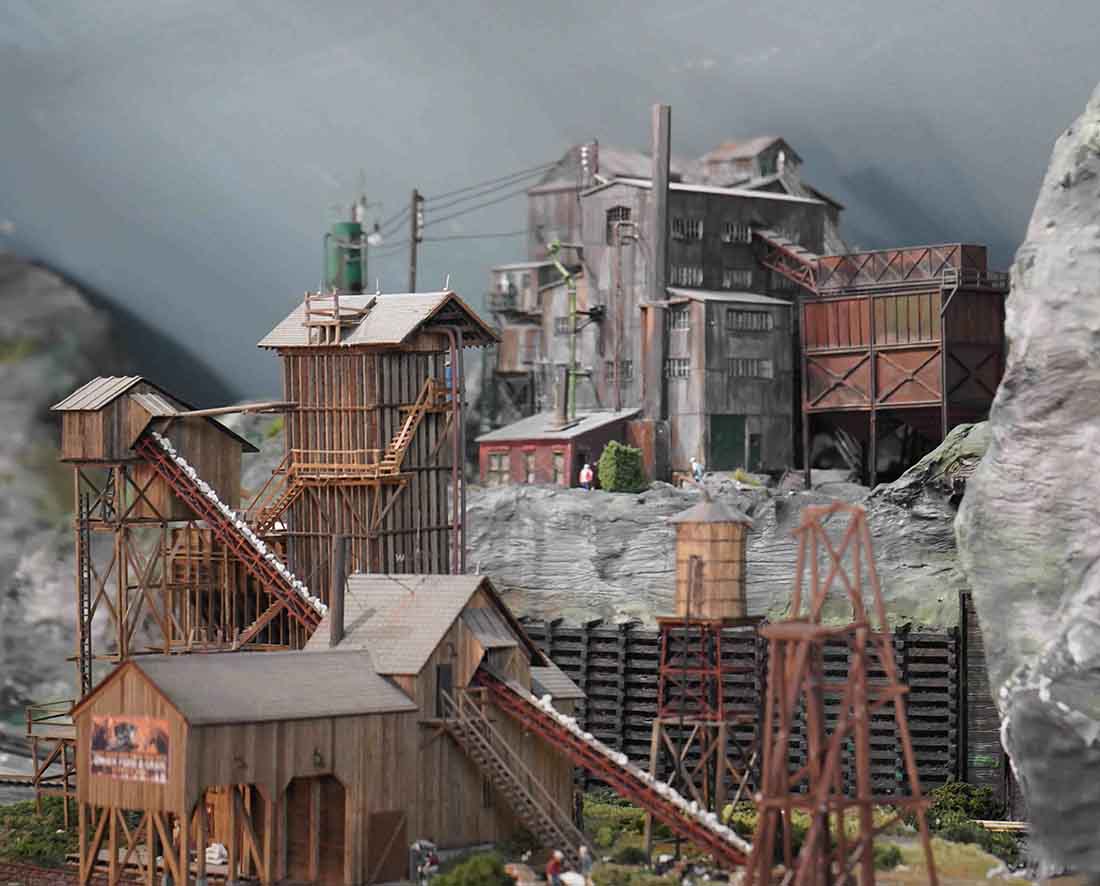 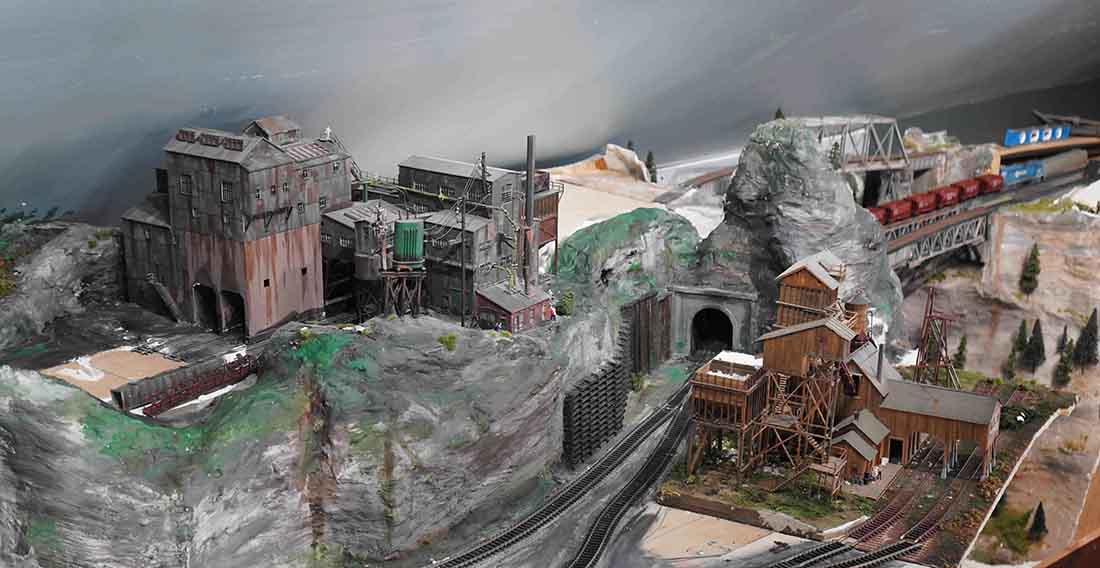 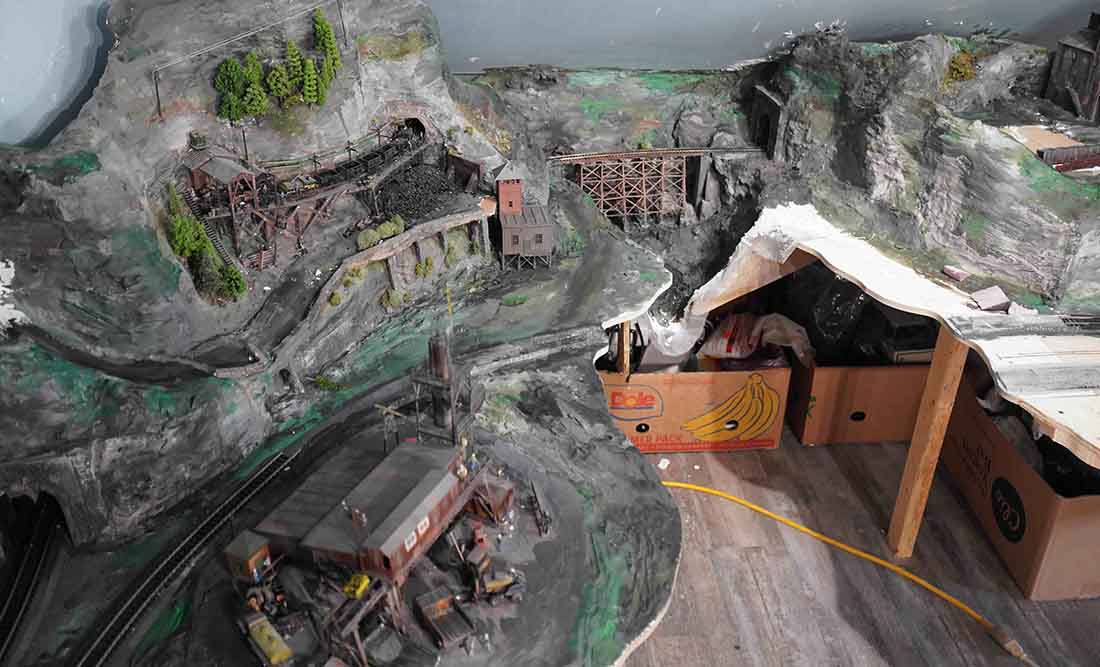 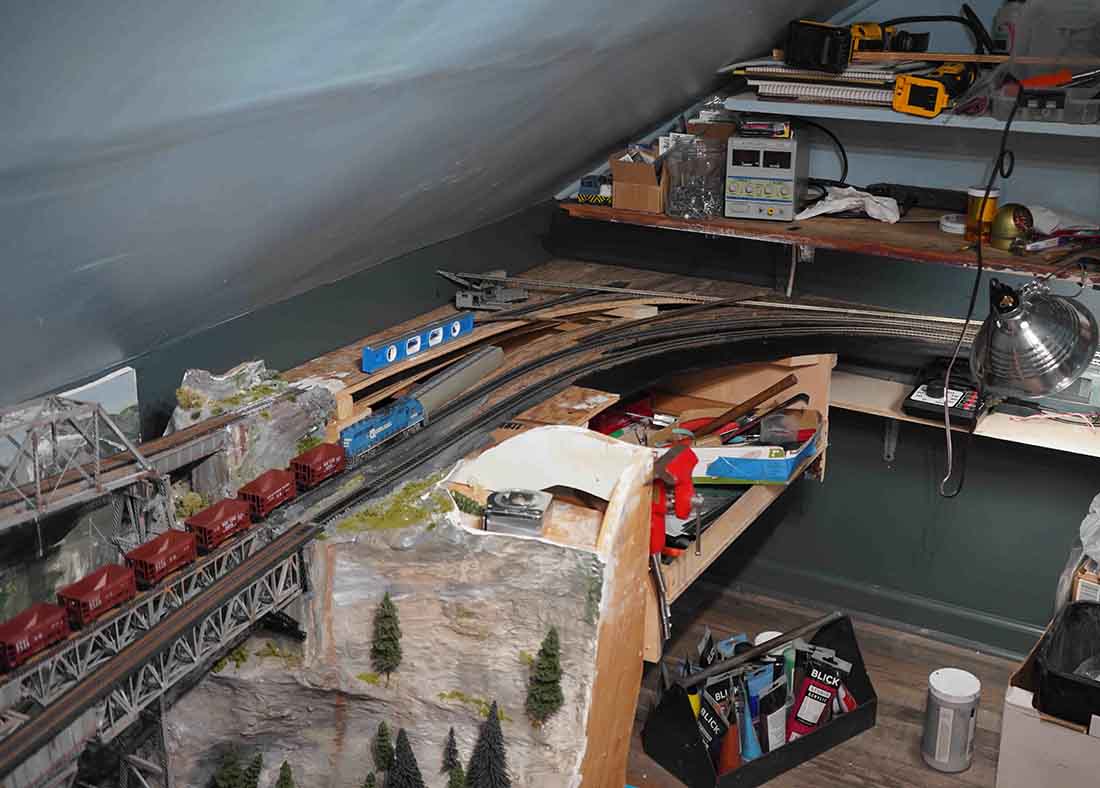 A huge big thanks to John.

It looks like he’s had lots of fun – especially with his lift bridge.

If you want to see John’s last post, it’s here.

You can see his complete journey in the Hall of Fame.