Brian’s been in touch with his shelf model railway: 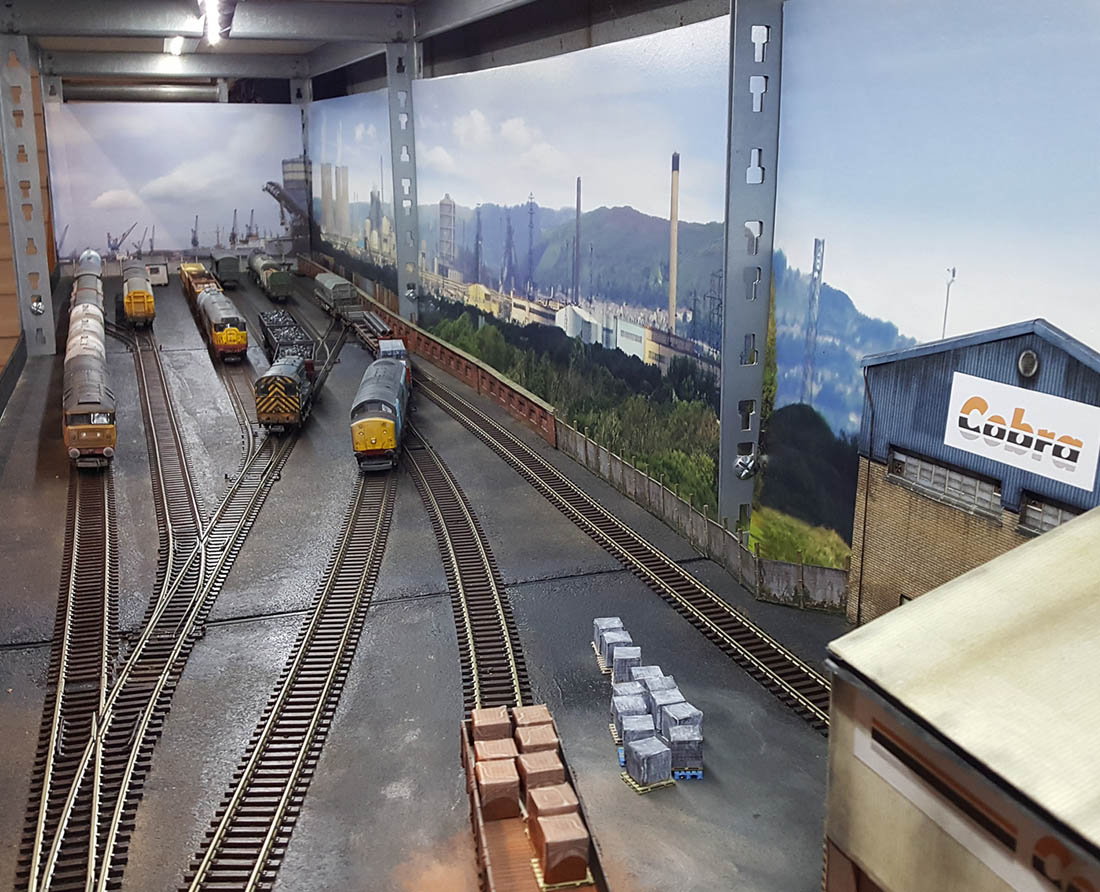 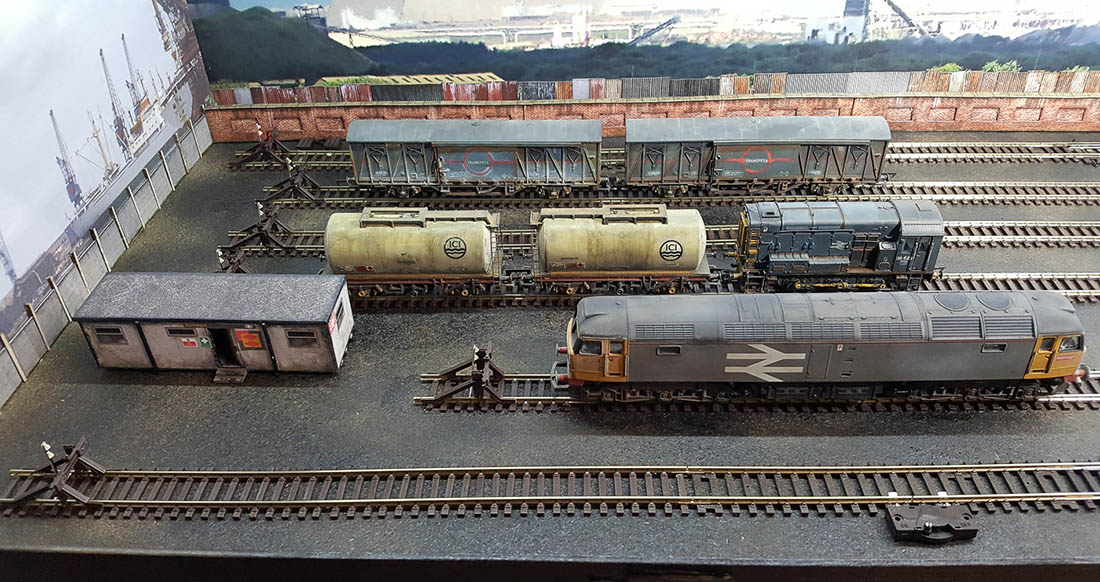 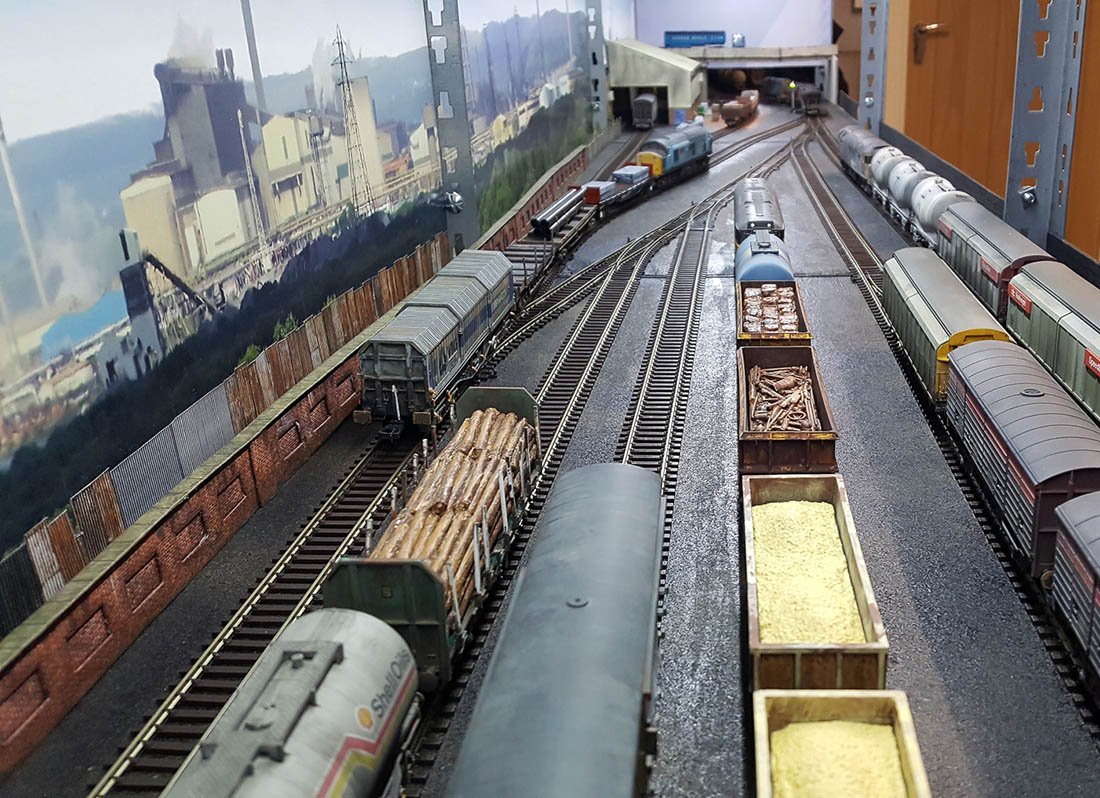 Absolutley loved Brian’s weathering. A big thanks to Brian for sharing his shelf model railway.

Now on to Eric.

(If you want to catch up, Eric’s last post is here.)

I am back and have a few short movies others can view. These are from different locations on the lower layout and yes had to bring the fire helmet home to use the camera.

I put a short description on each movie..

Also the lift out portion used to gain access to the West area with the shooting range that was on top of the cliff has been taken out and a new piece has been put in its place with a new town being built. The funeral home is in the town with a railfan camera mounted on it.

Well it is late here a need to be at Fire House in the morning so I will sign out.

This is a shot of North bound trains coming out of a double tunnel and they are heading toward a small town that has a active Haz-mat spill in to the Wide Mouth Creek.

East bound trains heading toward the entrance of the double tunnel. The view is from atop the portal.

Coming from the west, rail workers are insight. They are waiting the passing of the two trains to check conditions of the rails that had been repaired months ago. They will continue to monitor.

Railfan camera East view from the top of the funeral home, this is the small town that is being added to the layout.

Thanks Al and thanks to all the wonderful ideas and layouts all over the world from all the viewers.

A big thanks to Brian and Eric.