Short on space for your model railroad?

Short on space for your model railroad?

Do what Patrick has done – another clever way around the thorny issue of space:

“Here is what I have done as a result of lack of space.

I built up a hospital bed frame to support my set in my garage.

9′ x 4′ Working on a southwestern US layout. 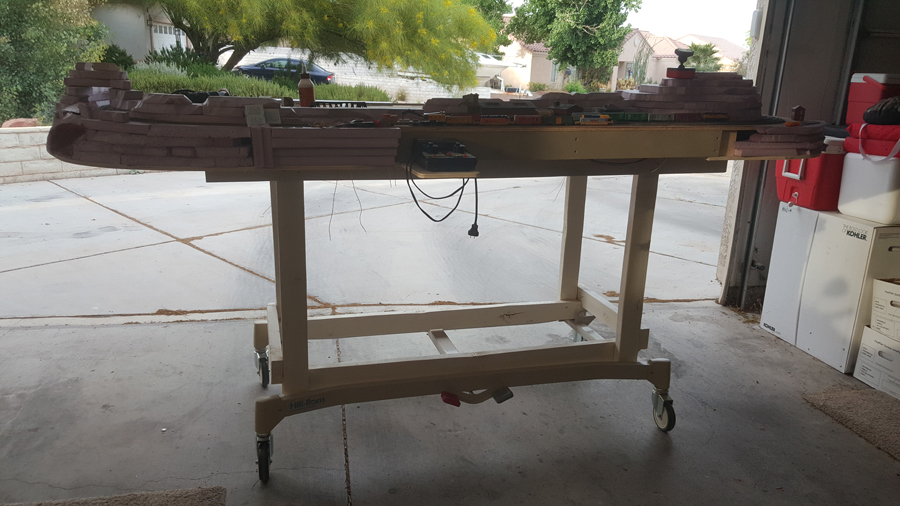 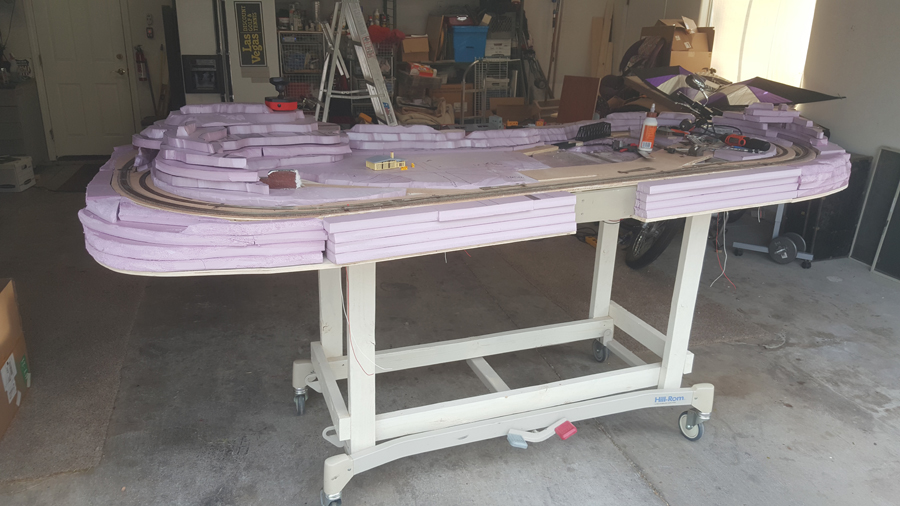 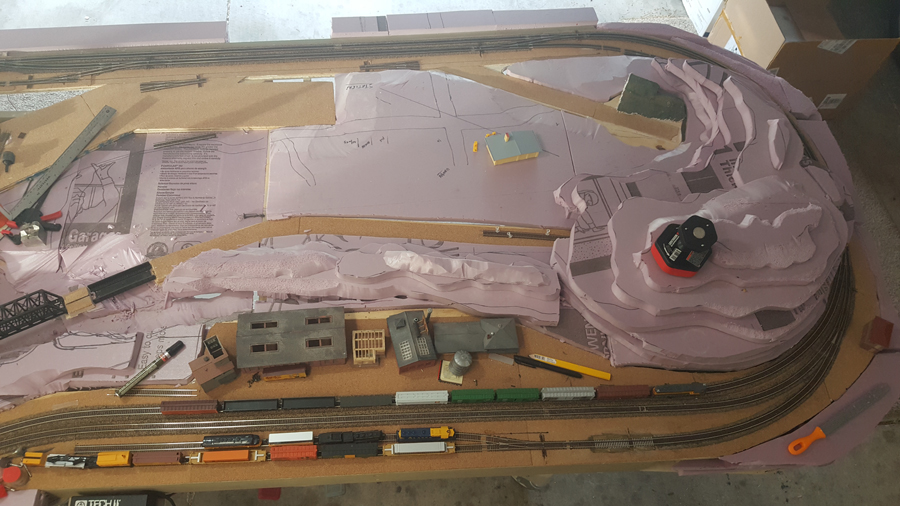 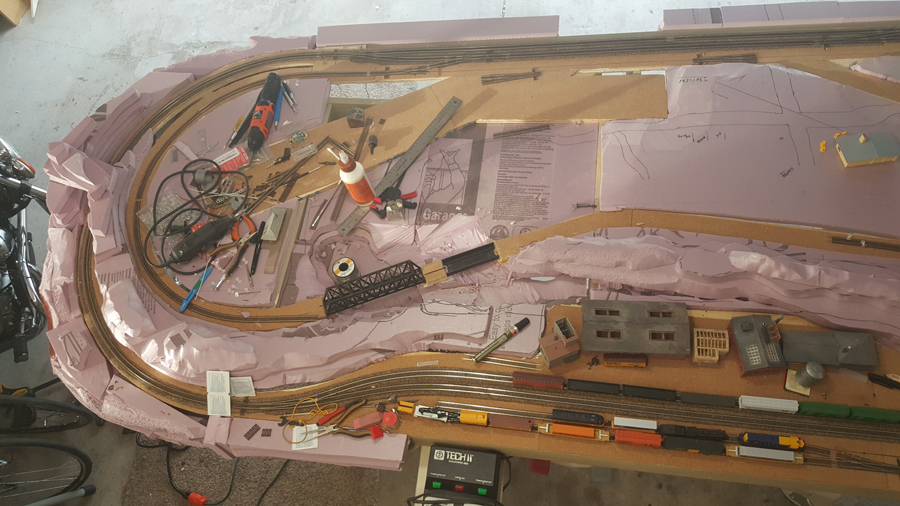 And now on to Terry.

He’s been scratching his head over his track plan. Can anyone help?

“Alistair: I’m hoping that someone in the group with a little time can take a look at my track plan and tell me if and where a return loop exist.

The colored tracks are all ready built and work fine and don’t make a return loop, it’s the yard tracks in outline form on the right side of the picture that I’m concerned about.

At first glance it might look like a return loop in places but if I’m right and you follow the tracks throughout the layout I think I’m ok.

Appreciate previous help from your members and hope they can point out my mistakes.

“I started this project 4 1/2 years ago when I relocated to Michigan and bought a home with a basement and much more room than I originally had.

So I had a 12×24 HO scale area in the basement to do something with, as long as I didn’t take away from my wife’s storage area. A much larger area than my original 4×6 layout.

So with some planning, but with no particular track plans in mind, and wanting a little bit of everything, it was a plan as you go project in the making.

And this is what I’ve come up with so far.

It was suppose to be my winter project, but with the winters being so long in Michigan, it turned out to be my project 8 months out of the year.

The trestle bridges were all scratch built which was a challenge but the mission was accomplished.

That’s all for today, folks. Please do keep ’em coming.

And if you want to roll your sleeves up and get going on your layout, the Beginner’s Guide is here.

38 Responses to Short on space for your model railroad?