Nick’s been in touch with a simple model train layout that looks fab:

I re-inherited the Hornby rolling stock and tracks I bought for my son 25 years ago, after he moved.

During lockdown, I decided, as you keep exhorting people, to just get started.

My layout is fairly simple compared to some of the amazing creations that you showcase, but it was at the level of my limited ability, and I was able to get it completed in about one month – my wife even helped with the hillside painting!

I utilized your printed houses for the cul-de-sac.

I’m very much enjoying running the trains as a way to pass some time in these cold Canadian winters. 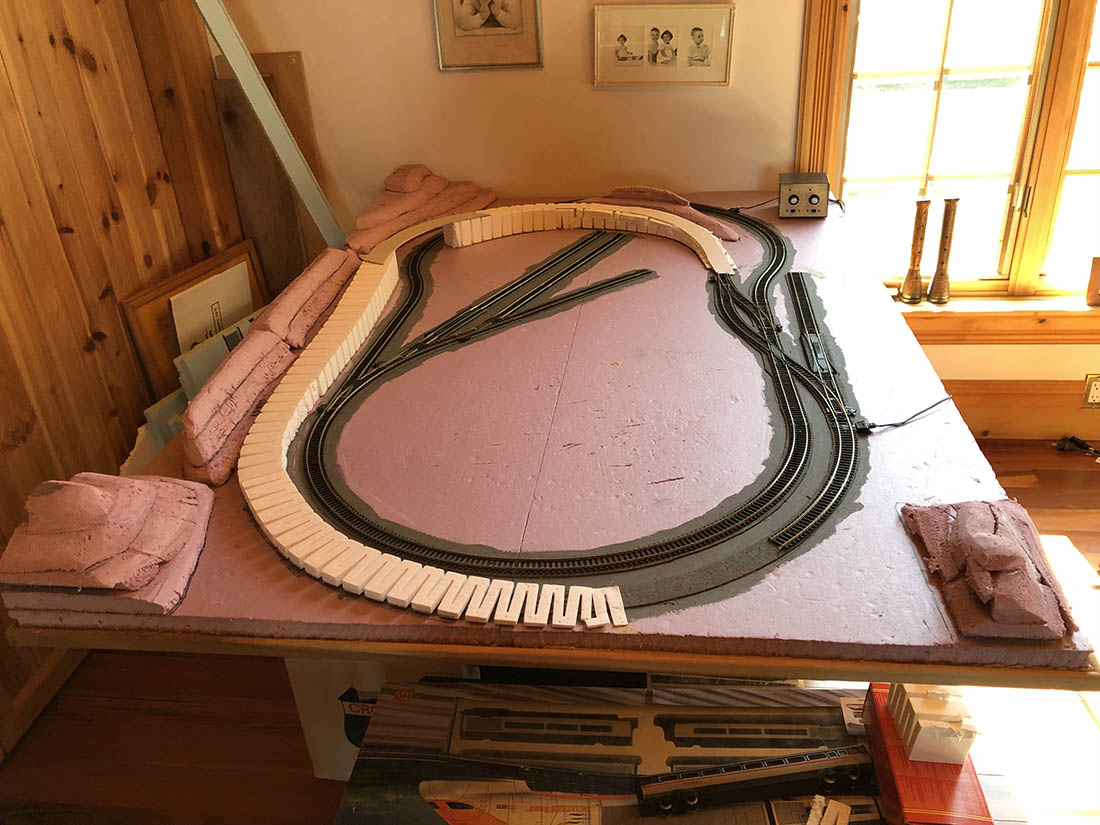 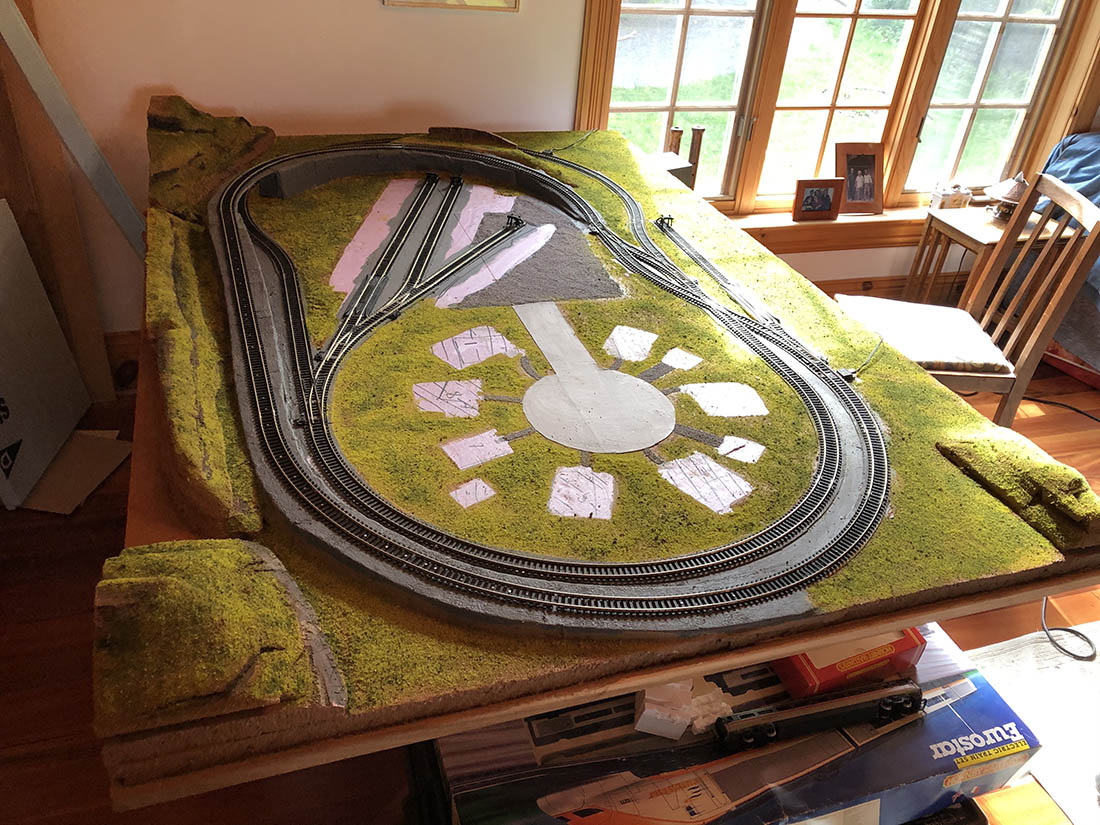 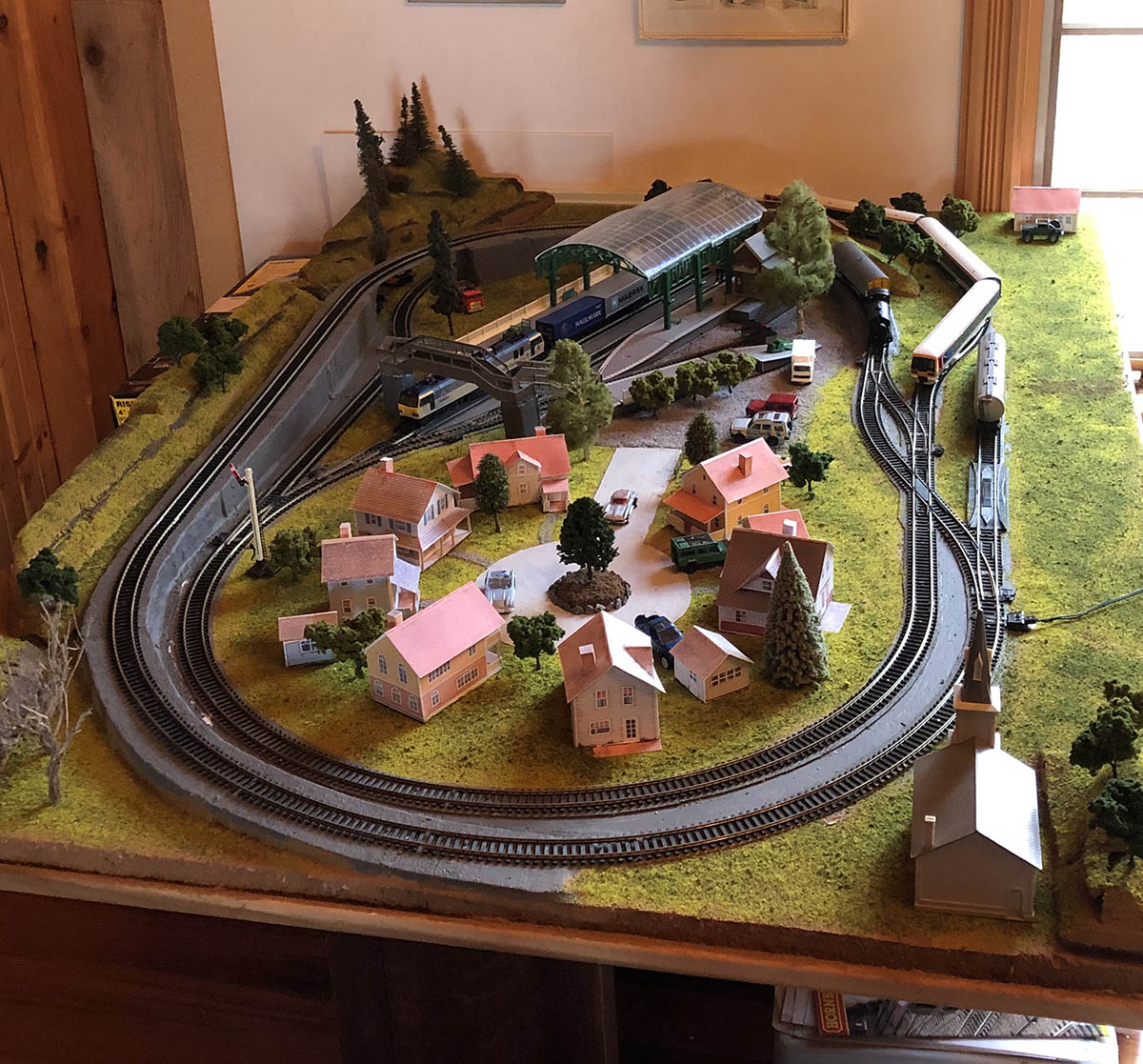 I think Nick’s layout is superb, simply because I’m very, very biased – he made a start and his houses are fantastic (they are from the printable buildings).

Now on to Mike, whose last post is here.

I’ve recently completed another building for my Western town based on a setting from “Rio Bravo.”

Using etched foam for adobe and printed images for other facades, if you look closely, Ricky Nelson is in the window ready for action.

Then an attempt to get a Delorean up to 88 miles per hour.

However, I’ve finally settled on a theme for my extensive layout, a Railroad Fun Park called “Gracieland” named for my daughter.

The plan is to create various settings reflecting the use as a people visited theme park where railroad trains cart one around to explore the scenes.

My latest attempt at scratch building is chain-link fencing to keep patrons from wandering on to the tracks.

I know it’s not an original idea, I’m not even sure where I got the idea, but cutting strips of window screen material at a 45 degree angle fairly replicates the look of such a fence.

Using painted dowels as posts placed in a jig I constructed, the fencing can be glued to the posts.

I lay them out to dry on wax paper before trimming the posts and adding the horizontal bars.

None of this would have been possible without consultation provided by your web site. Many thanks again. I strive to improve. 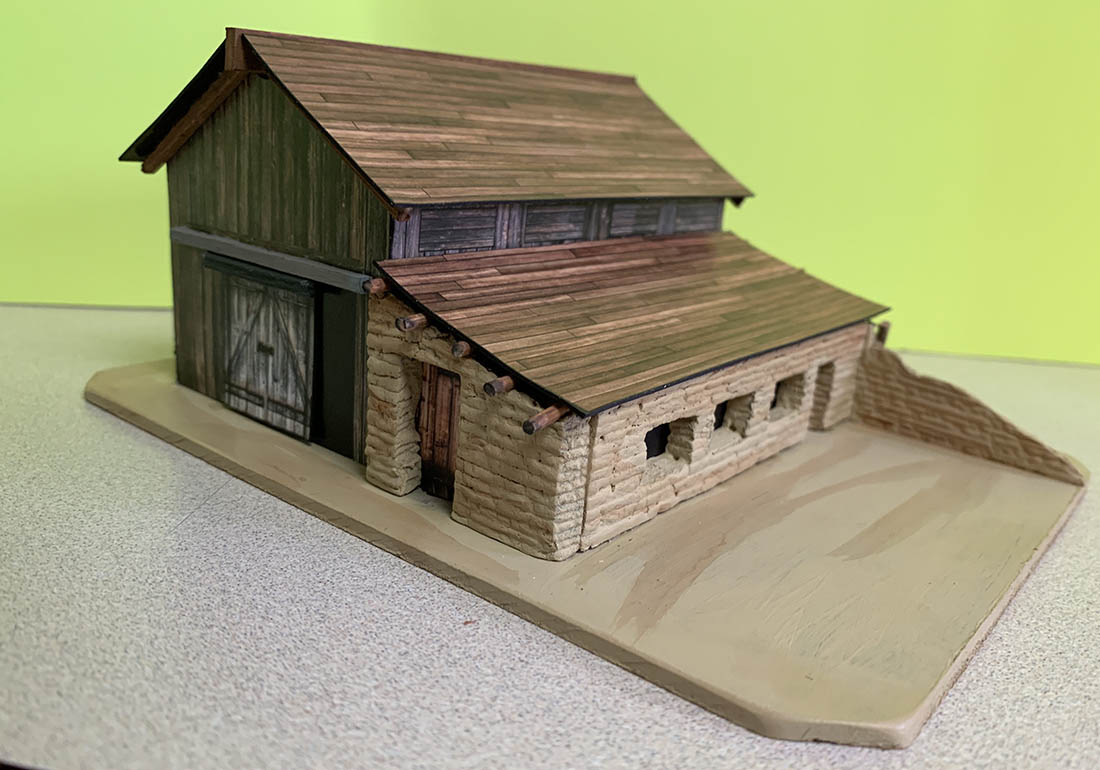 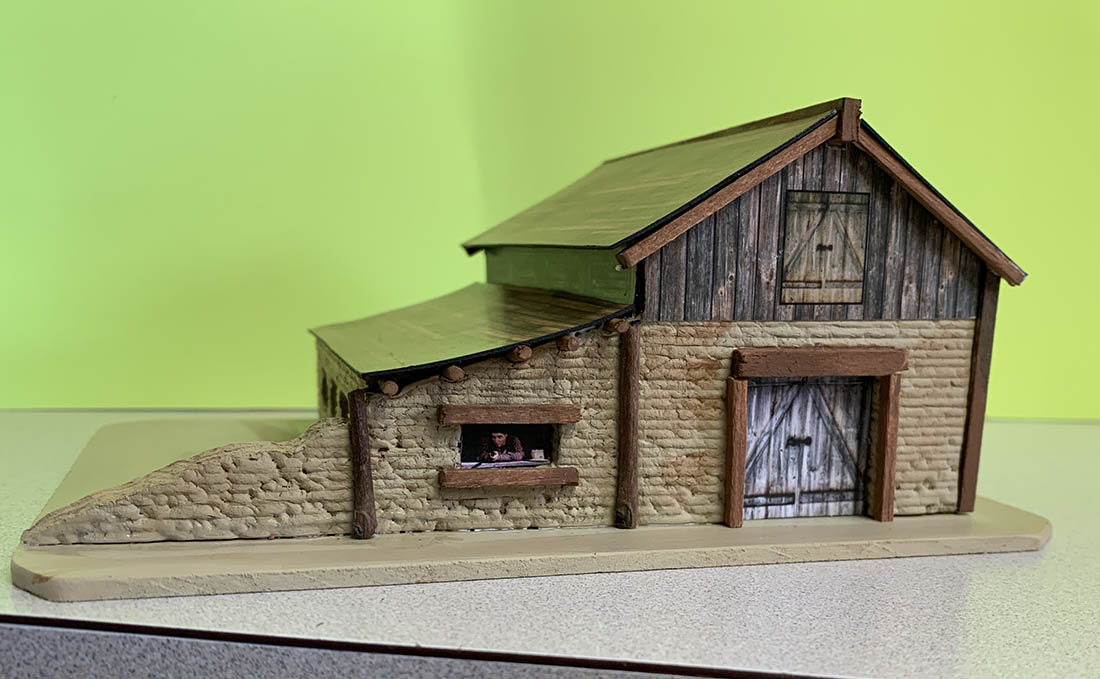 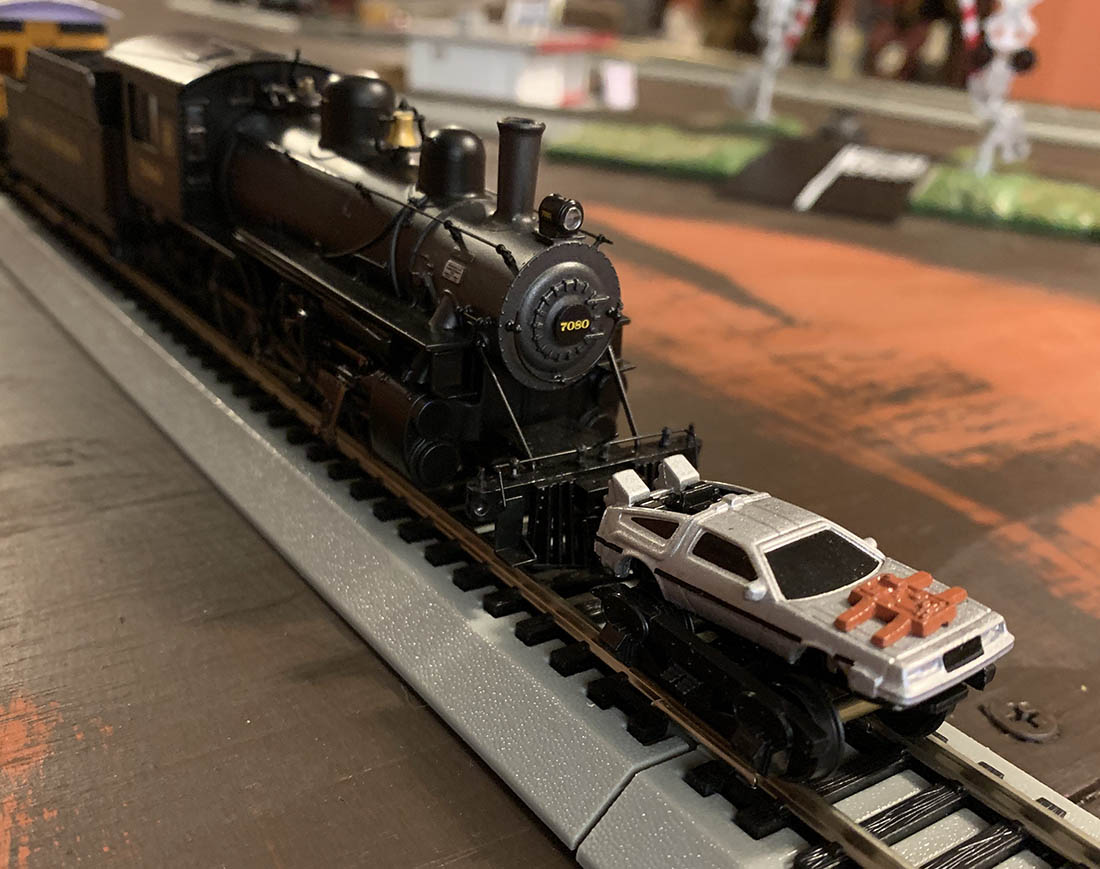 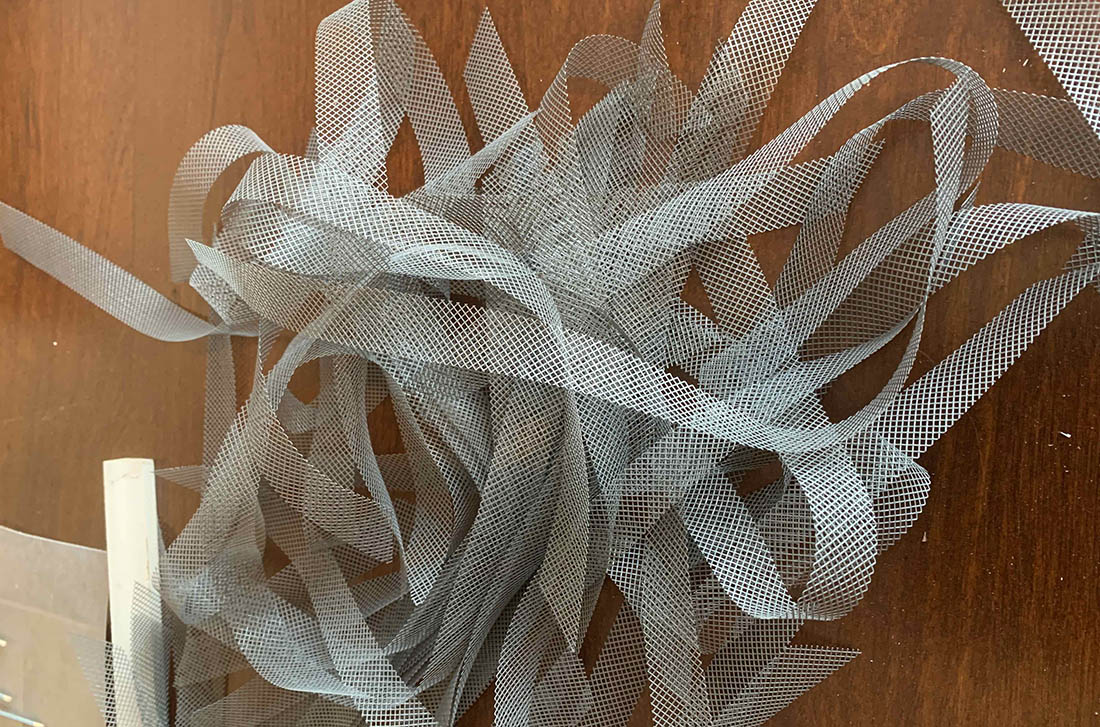 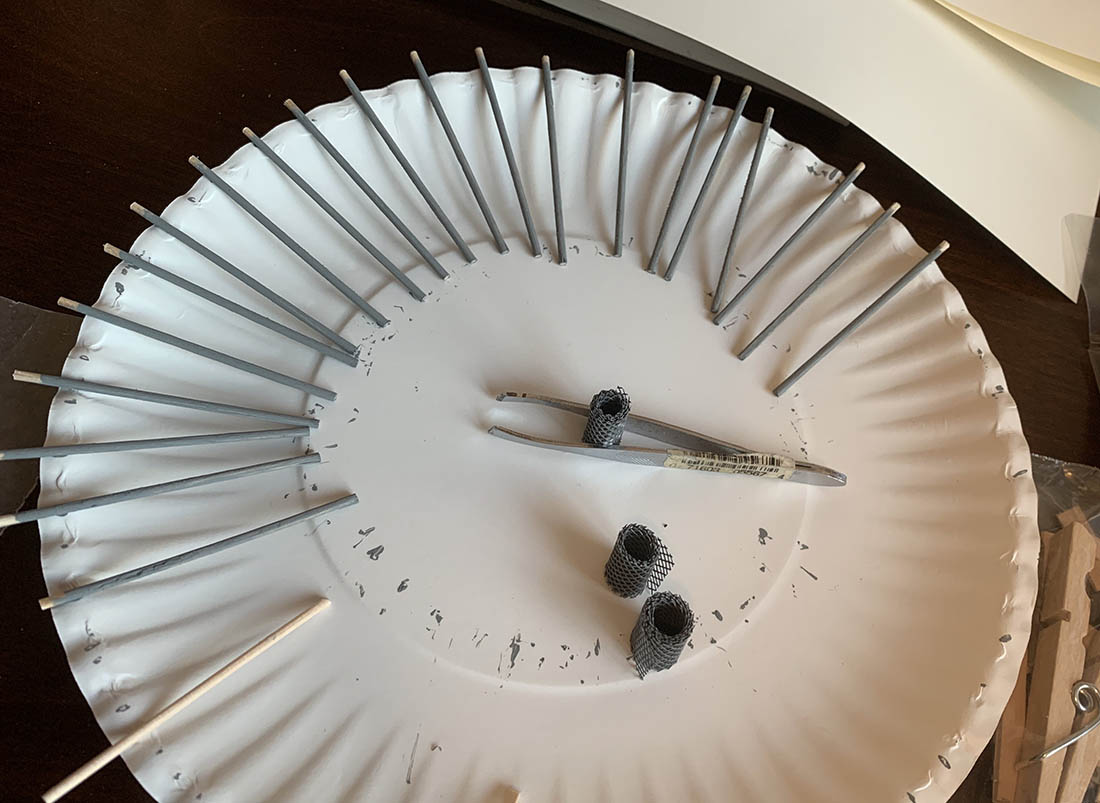 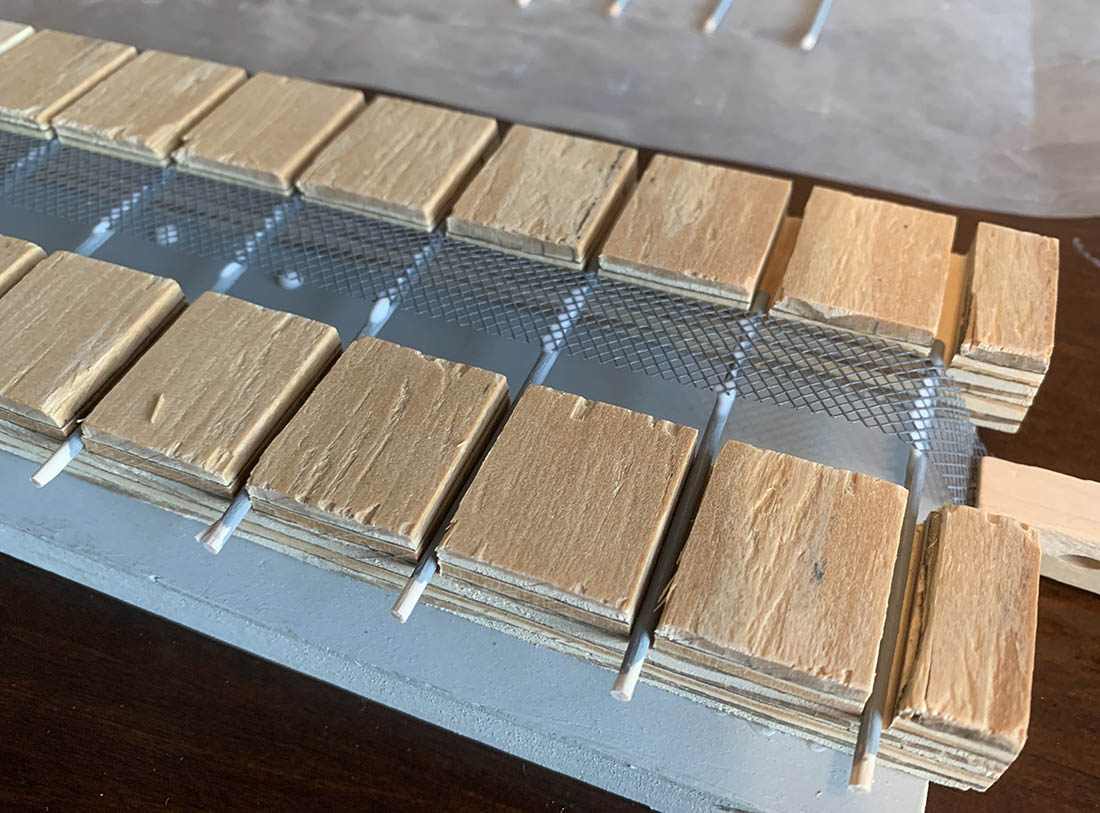 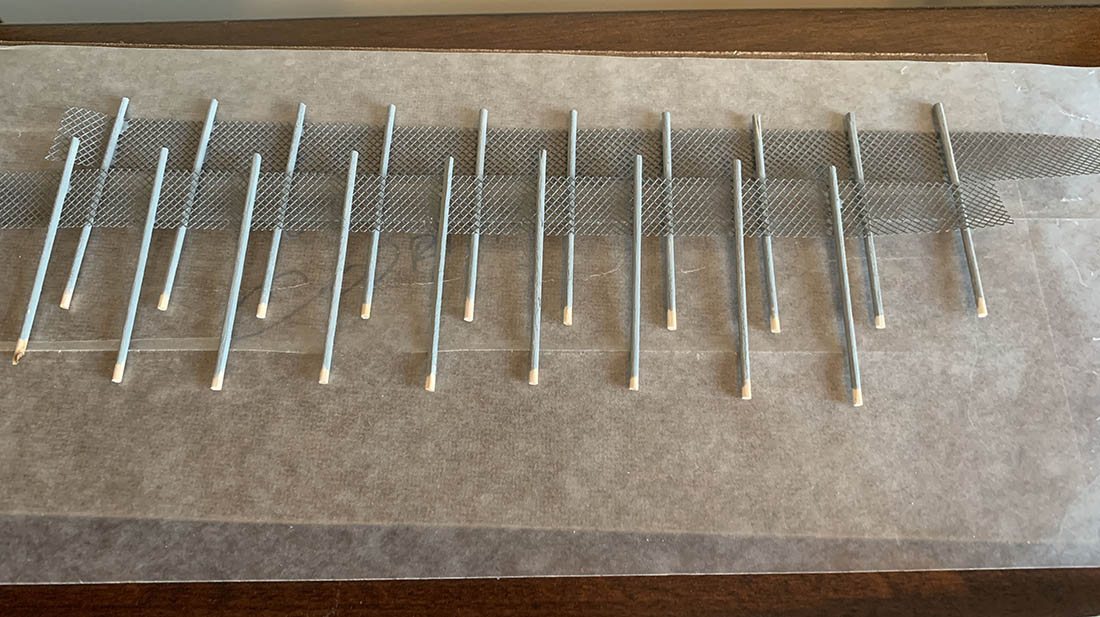 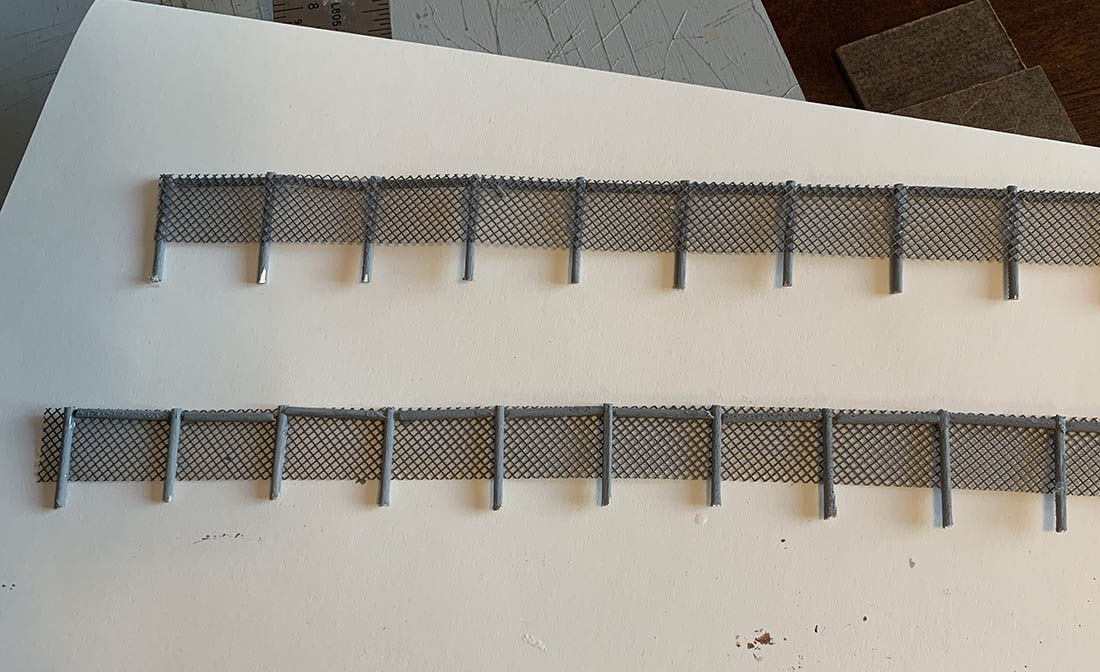 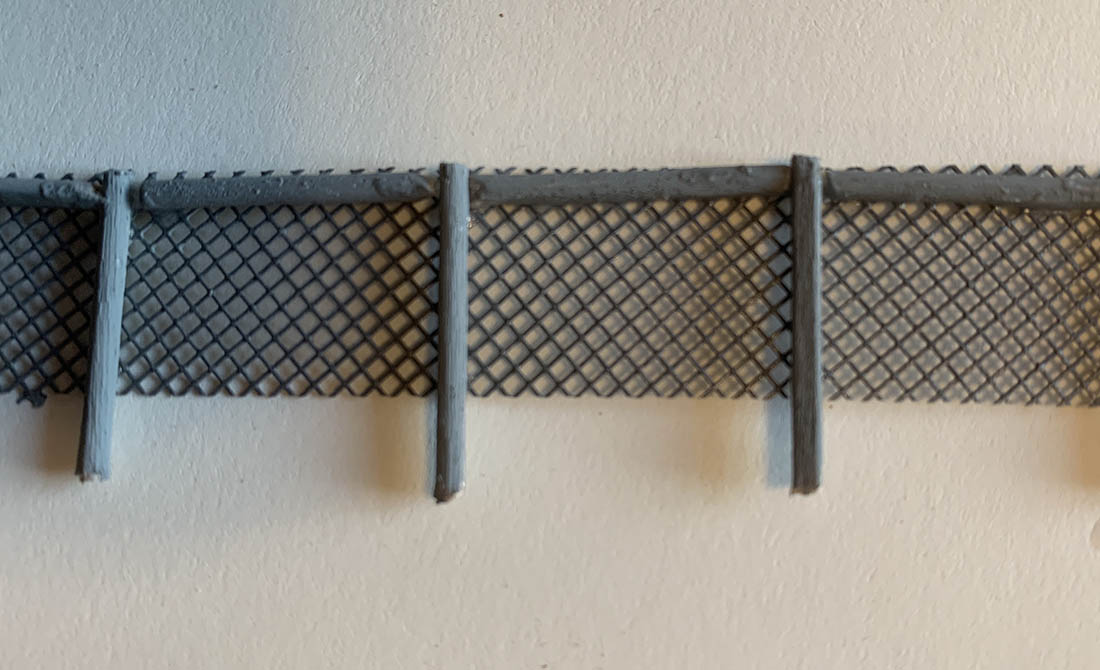 Now on to Paul, who just goes to show a little thought can sort most problems in this hobby.

I am sending you 2 photos of my SW7 switcher which has been causing me trouble because it was so light.

Most of the time, it had difficulty going over switches that didn’t have power to the frog or some areas of track that were not perfectly spotless.

The situation was the fact that it weighed only 9 ounces. I could help it along by placing my finger on top to give better contact.

I powered all the frogs that seemed to be causing the problem.

Finally, I decided to remove the engine’s body to see if I could add weight inside. That was hopeless because it was so stuffed inside with gear and electronics. The engine is only 6 inches long.

The next step was to see if I could add weight externally and also justify the act of doing so and still have realism.

I found some new brass toilet bolts in my junk box that weighed in at almost 3 ounces.

As you can see, those are now sitting on top of the engine. I cut the heads off the bolts, but didn’t want to lose that weight.

So I decided to use the heads to bind the threaded parts of the bolts around the engine’s exhaust stacks.

I then hot glued the heads to the bolts from underneath. I painted them black so they blended in and sat them on top.

They added 2.85 ounces to the engine and made all the difference in operation.

Now I had to justify what I did to the model train world. In keeping with the current state of the world regarding Covid-19, I rationalized that this engine was assigned the task of moving refrigerated cars which carried the vaccines from place to place.

So therefore what you see on top of the engine are the cooling coils for the refrigeration system that was retrofitted to the engine to make things happen. 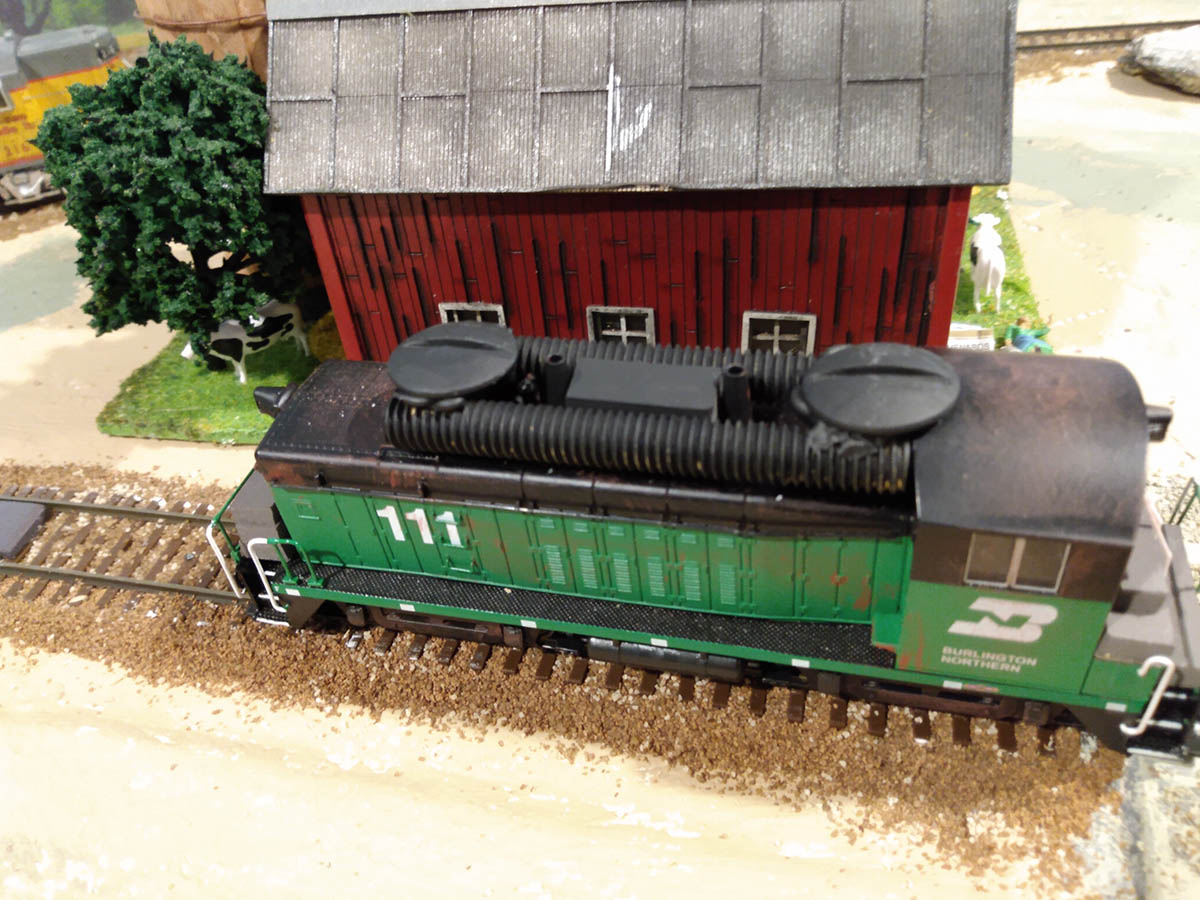 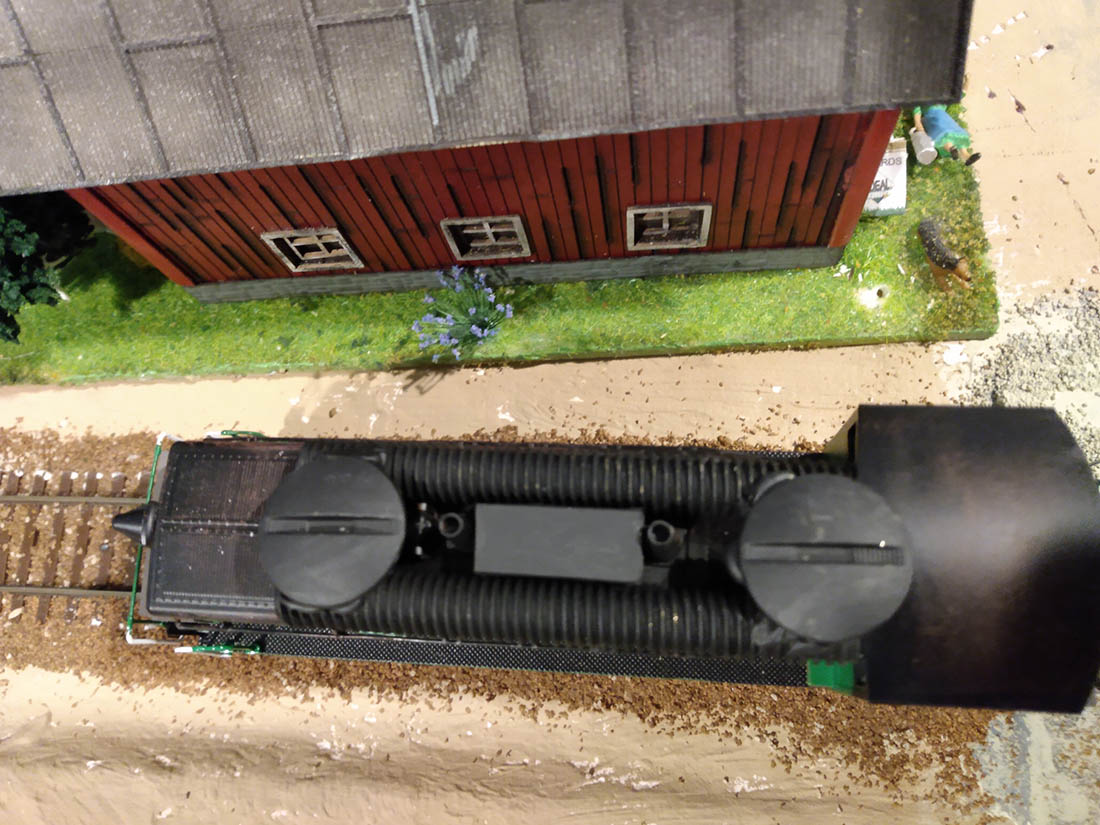 A huge thanks to Nick, Mike and Paul.

Nick shows it’s all about making that start. Nothing happens without it. What’s more, even a simple model train layout is still huge amounts of fun. It’s a sensible starting point.

And Mike’s layout is a great example of how your layout can be anything you want it to be.

Lastly, Paul shows us that even when the head scratching moments drive us mad, a little thought and ingenuity can often save the day.

And if you want to make your start – just like Nick did – the Beginner’s Guide is here.