This post is dedicated to starting your layout… it’s a step so many don’t take, which is a great shame, because once you’re on your way…

Good morning sir, I would like to take the time to say that I really enjoy seeing all if the emails and I learn new things every time I receive them.

I am fairly new to the hobby (I started in 2011) and I am currently working on my second layout attempted my first one ended up beige down due to space needed, it is a 4 x 6 layout in my spare room in the basement. Here are some pics, hope you enjoy. 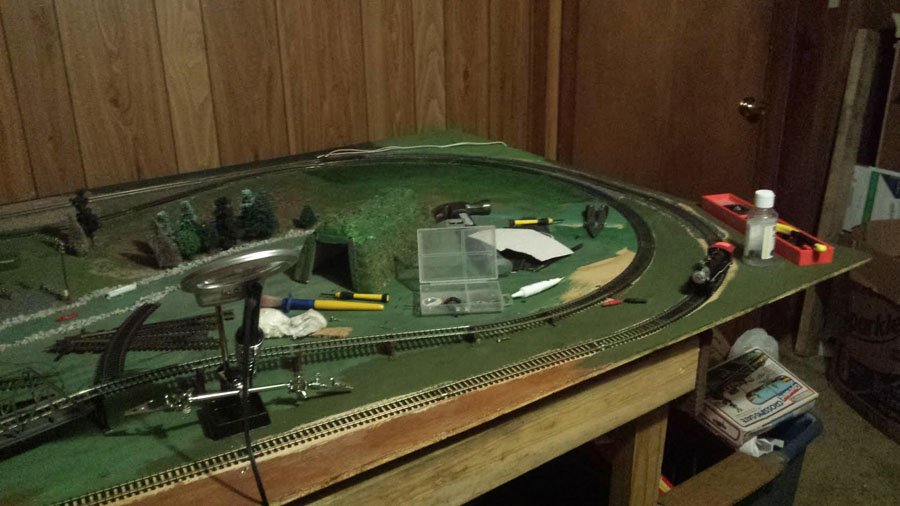 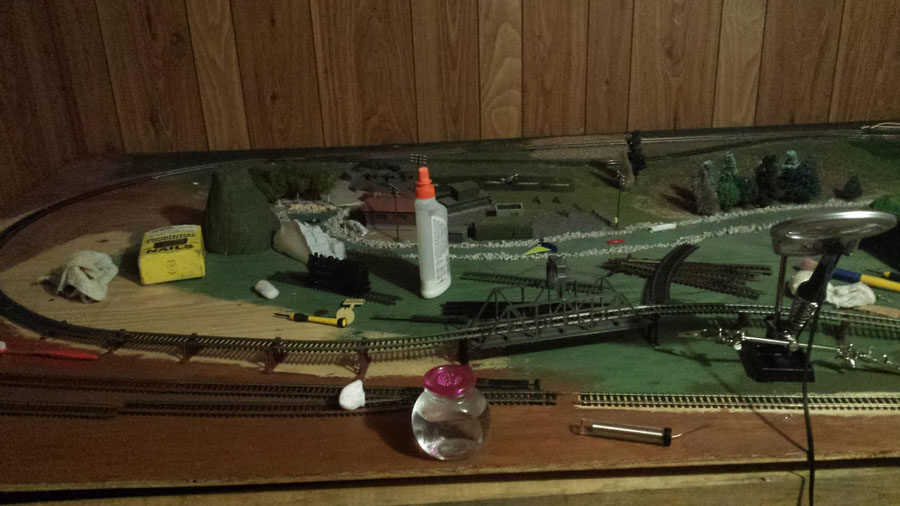 “Learning from experience: My wife wanted an HO layout, so I built, in the basement, an 8 x 16 foot table for her trains. ( I do n-gauge)

I put fluorescent lights overhead. In time, the fluorescent lights needed replacements, etc., and I found I could not service them without clambering over the layout table. That precluded installing scenery and additional trackage.

The solution was to install LED lighting. LEDs last “forever”, so there is no need to climb up on the table.

“Info re soldering- actually most irons today come with electroplated tips and not solid copper. Filing them will destroy them. If your tip gets dirty (usually baked on carbon from flux), get a block of salammoniac (flux salt) and break some up and rubs your iron tip in it when hot- then do same with a bit of solder.

I Promised I would send in the initial photos of my attic layout. So here they are for what they are worth.

I have always wanted to construct a layout ever since I was a boy.

Unfortunately I never ever got round to it. Life took over: growing up, career, marriage, kids.

My career definitely took over, and I was seldom at home, I do not know how my wife put up with it…

Now I have retired I have decided to put the effort in to achieve my childhood dream, a full blown attic layout.

I commenced over 18 months ago, and I must admit, not full time. I probably would have been further on if I had.

I have been learning as I go, and also making many mistakes as I go…

The site you manage is invaluable to me. I have learned a lot from it, and still have a lot to learn. Some of the postings of other layouts are fantastic and are a great source of inspiration.

Maybe one day I can reach these dizzy heights???

My layout runs the length of the attic, down both sides, meeting at each end. It is 25 feet in length by 2 feet wide, the end sections are6 and a half feet by 3 feet.

It is situated between the roof trusses at waist height, and the baseboard is made of chipboard interlocking flooring I had left over when I floored the attic. I used some 2 by 2 strapping underneath the boards for extra middle support.

I covered the baseboard in compressed fibre board underlay, the type used for flooring.

It is still in its very early stages. I have three main lines laid and powered. They do a complete circuit of the layout, one is for freight, the other two are passenger. Eventually I will have a mainline station, a country station and a freight yard. Just dreams at the moment…

One problem I do have, is the slope of the roof will make it difficult to have a backdrop. I have racked my brains but cannot come up with a solution. Maybe some of the users can offer some suggestions?

It is DCC apart from the raised section that will run around the outer edges. This is going to be DC as I have acquired an old Triang ‘ Princess Elizabeth’ train set ( the same type as was given as a Christmas present as a boy in 1958…) sadly that went missing over the years. I bought this one on Ebay and I was in seventh heaven when it arrived.

It appears to have a serial number on the box which could indicate the date of manufacture ‘R1X100953’ to me that could indicate 10th of September 1953? I wonder if some of your users could verify that, although it is probably wishful thinking on my part….

I did think about converting it to DCC, but I was advised against it. Thankfully I took that advice. I will keep it in its original state. The only thing I have replaced is the magnet.

Keep up the good work Al. It is invaluable to me. 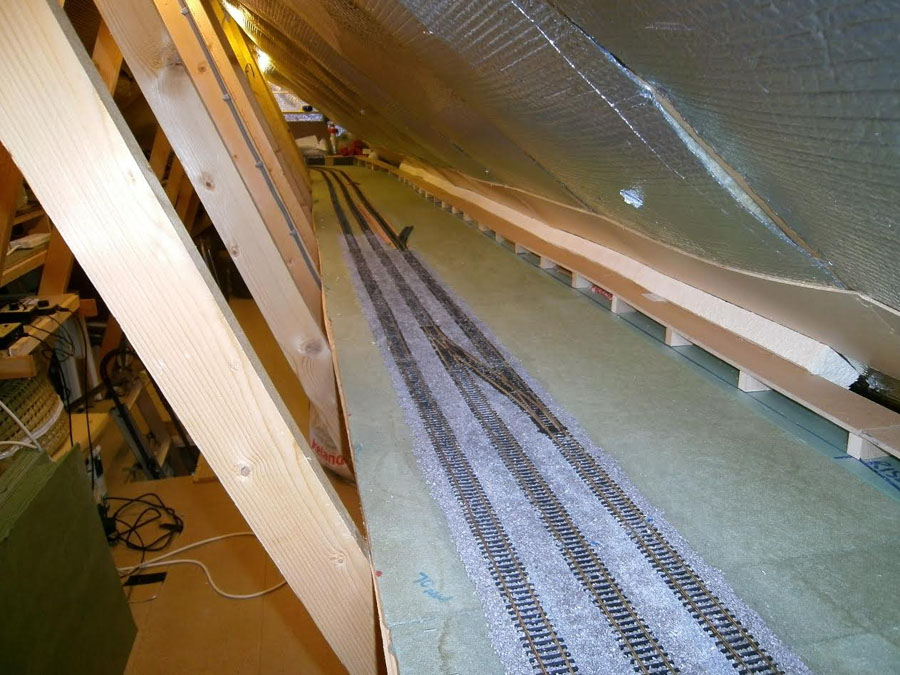 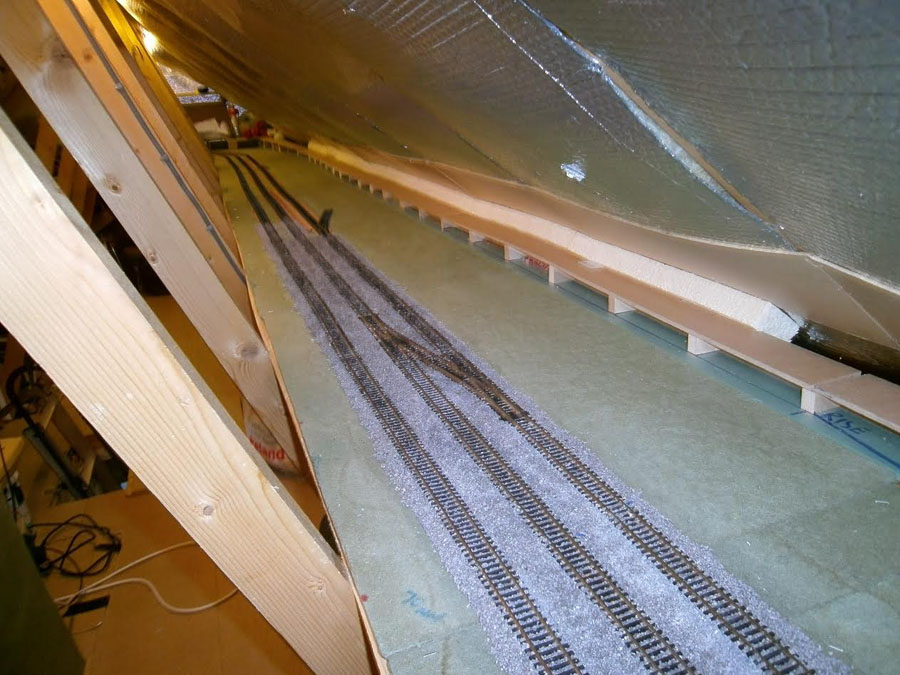 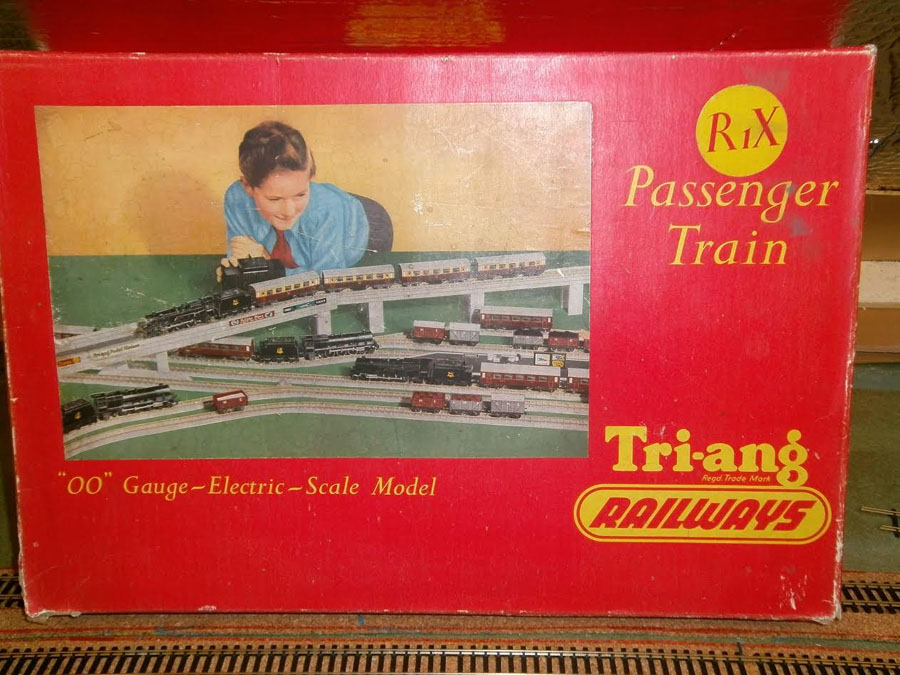 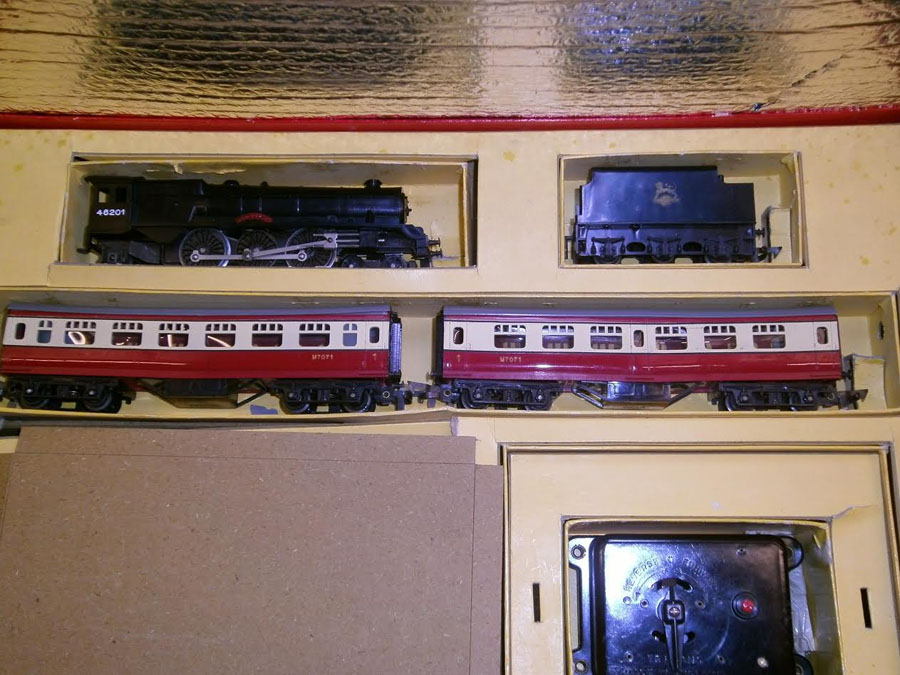 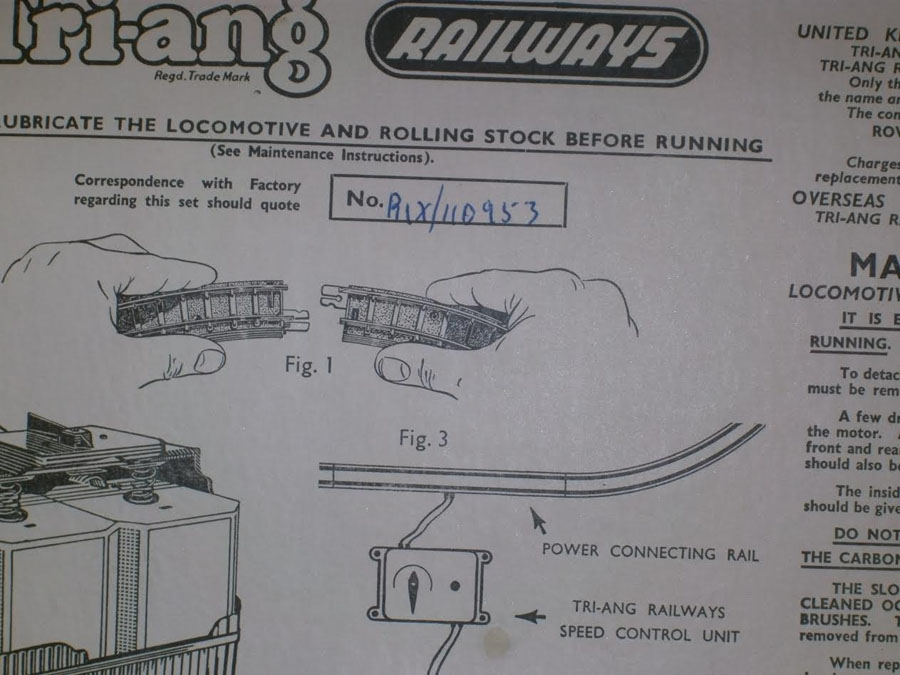 I have a couple more tricks that may interest you. My first is a money saver. Contractors fitted a new updated alarm system in the offices where I was working. The old wire was the same thickness as telephone wire but it is multicore strands and not just a single metal core. It is therefore much more flexible and for very fine work you can separate the strands and use them individually.

It is a bit fiddly but it works. The contractors were throwing all the old wire in a skip and I got permission to ‘help myself. I have miles of it, all different colours and it cost me nothing. If any modellers have a friend who works for an alarm company, there is no harm in asking.

My 2nd idea is Using R/C micro helicopters as part of your layout. I have built a Heliport using a Superquick cardboard bus station converted as a plane hanger. I made a cardboard landing pad and wired in tiny 1.44mm LEDS around the landing circle and the ‘H’ in the middle for landings and take offs after dark. It adds another dimension to a layout and looks brilliant in the dark.

I bought my helis through Aliexpress from China and even found mini 4 rotor hover fighter aircraft. At 66 years old I am just a big kid. They are cheap as chips usually with free postage from there. They add really good fun and my Grandson (7 years old) is a better pilot than me – Bugger!!!

I guess I would say that best model railroad tip would be to run bus wires. Years ago we would put the track together hook up the transformer and hoped for the best. Often we were disappointed because of poor electrical contact.

I have found that running bus wires under the layout and dropping down feeder wires every few feet makes electrical contact more reliable,and trains run much better without hesitation.

Keep up this great site

And lastly, some of you will remember Roger from yesterdays’s post – he’s been featured before – he made this amazing traction engine from a kit.

That’s all this time, folks. Please do keep ’em coming.

And if you feel like making a start on your layout, the Beginner’s Guide is here.

21 Responses to Starting your layout