As a rule, I don’t usually post when people only send in pics. A little narrative or back story adds so much to the post.

But Steve pics, focus on my favourite topic – making a start – so I thought I’d make an exception: 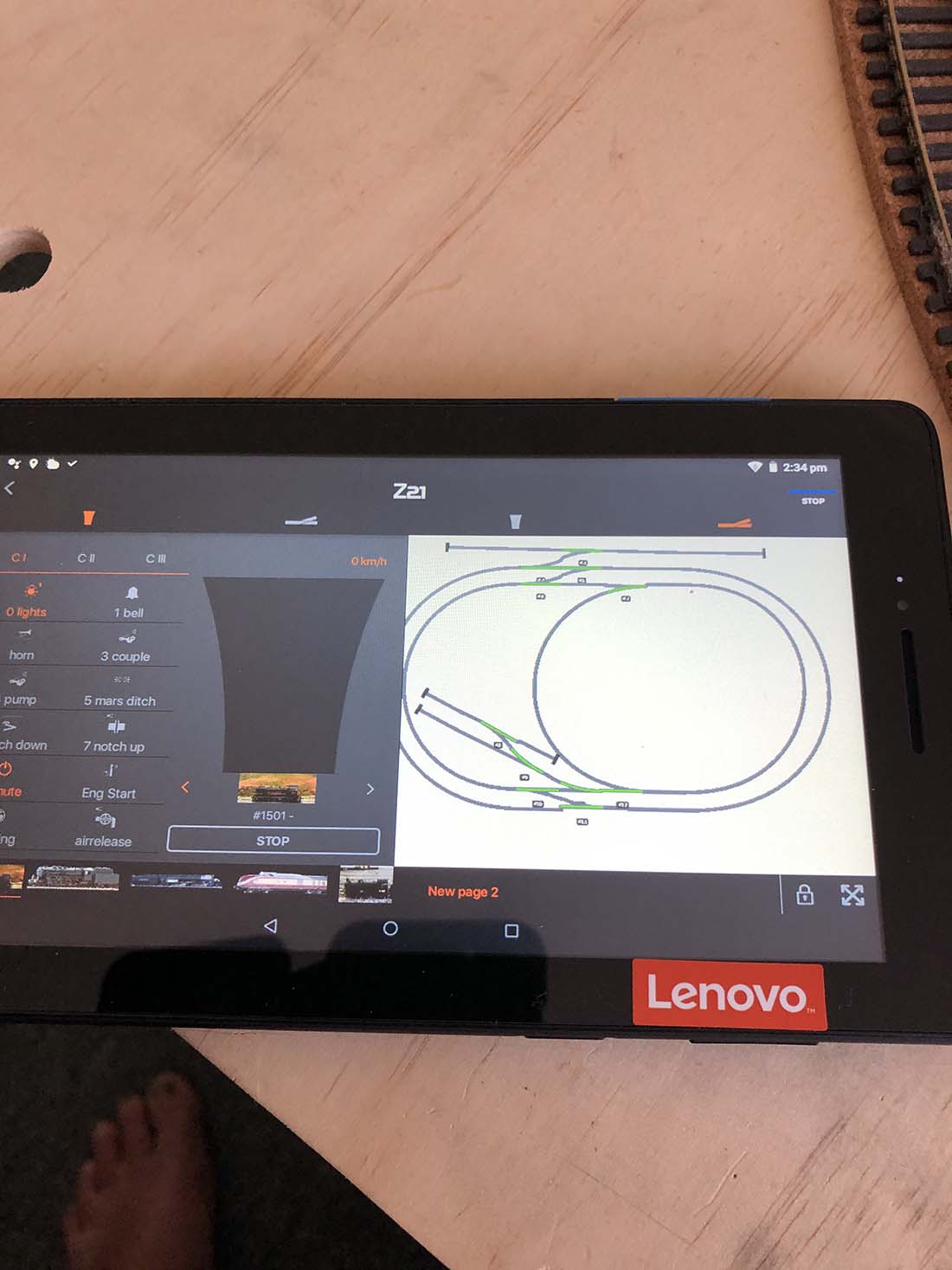 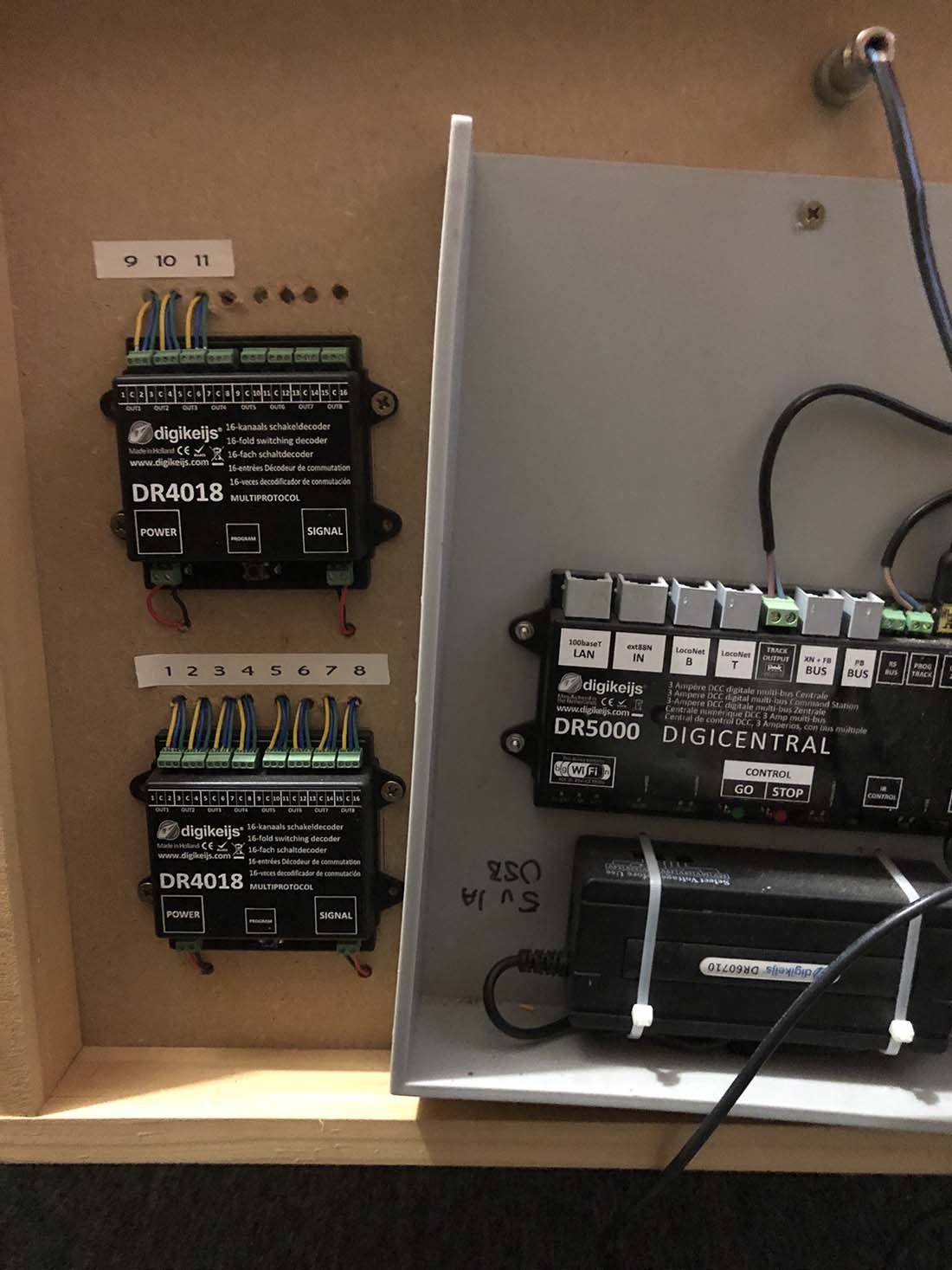 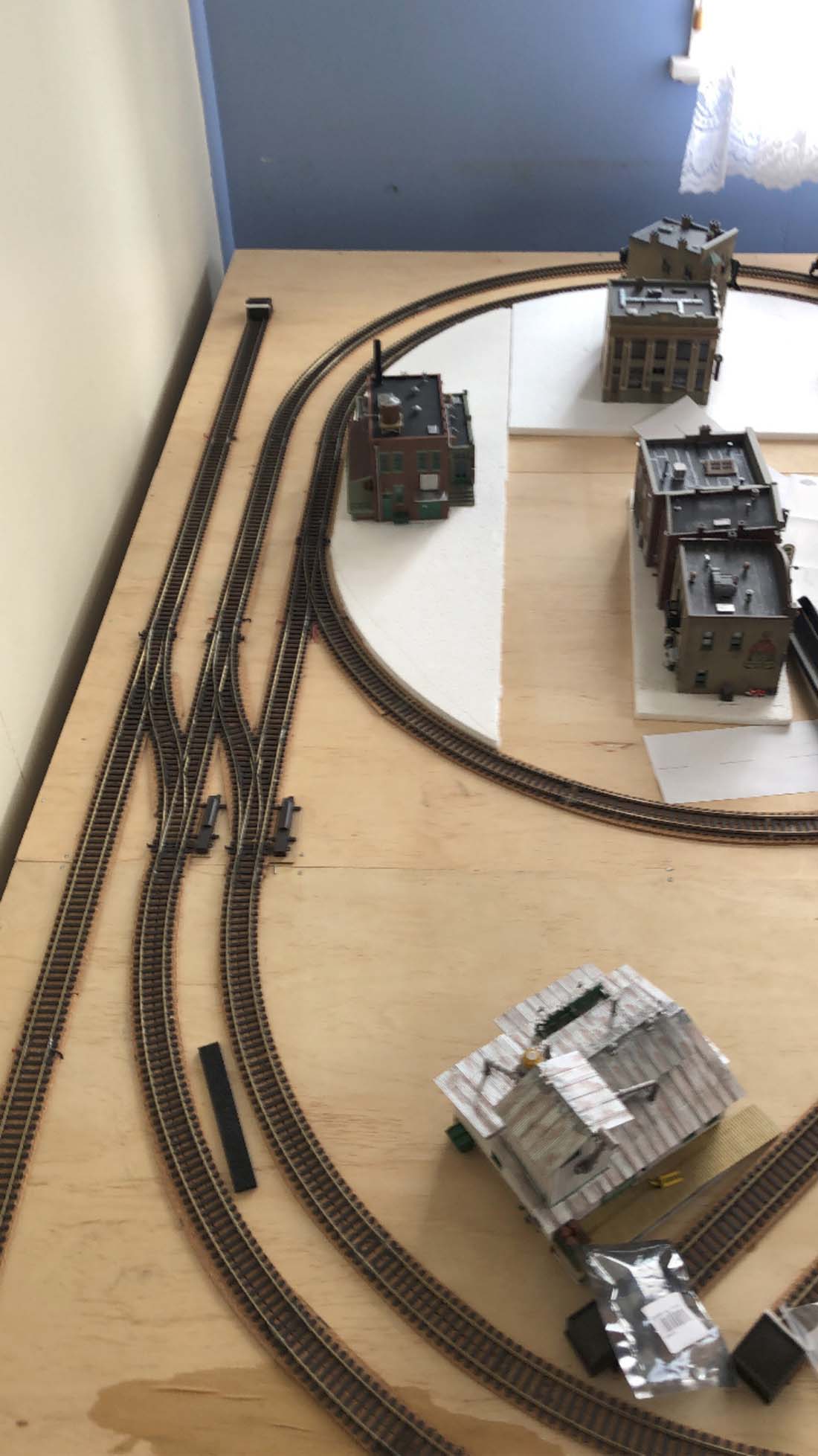 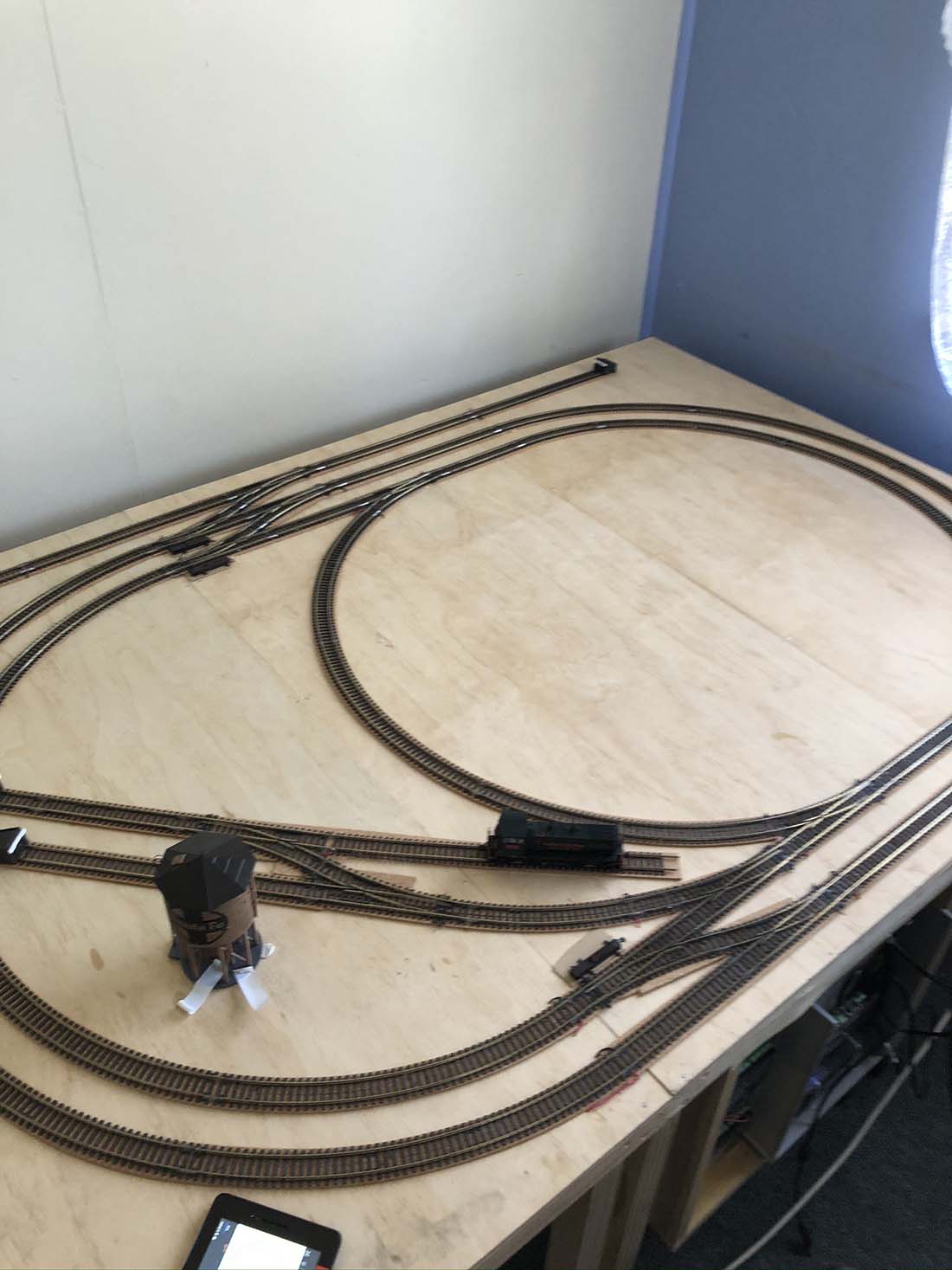 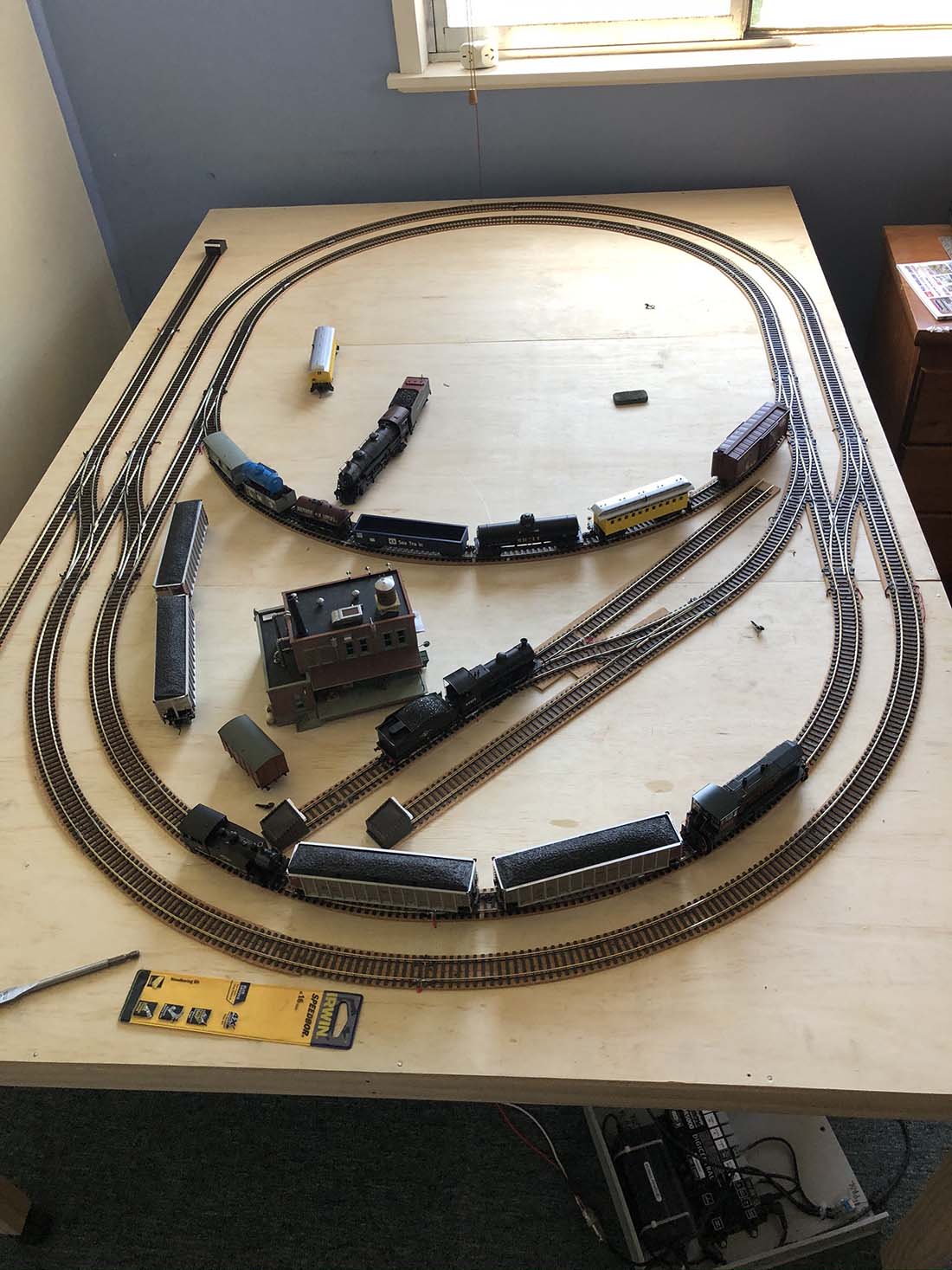 And talking of making a start, I recently did a little survey on some of you.

To my surprise, some of you didn’t know there was Beginner’s Guide to help you make that start. So if that’s you, here it is.

Now on to Paul:

“My pics showing installation of permanent magnets for uncoupling in a switching layout.

This photo shows the slot cut in the bottom of the screw to allow adjustment from underneath the baseboard. 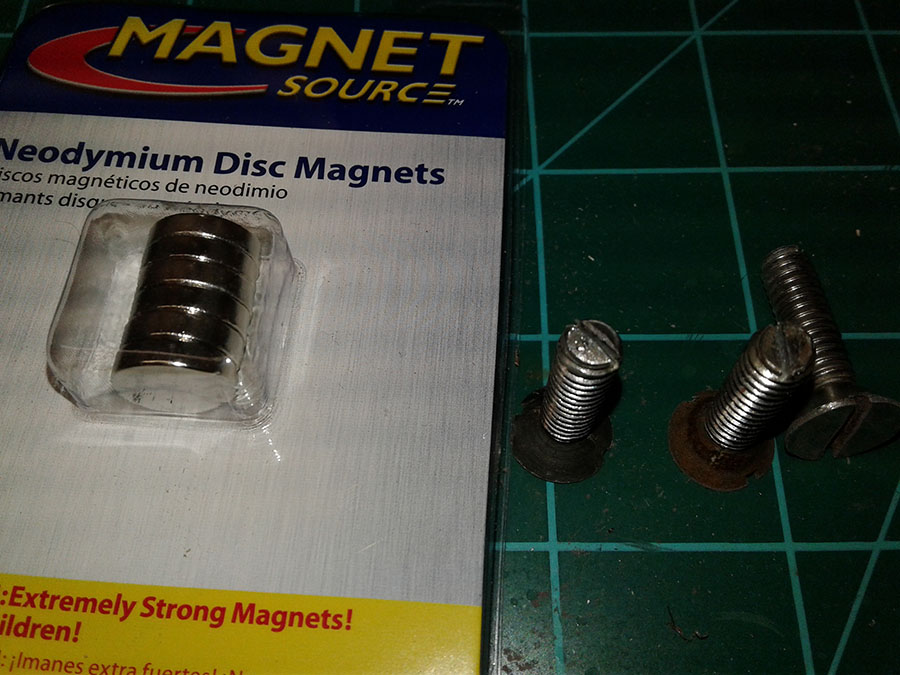 This photo shows the cars being uncoupled. 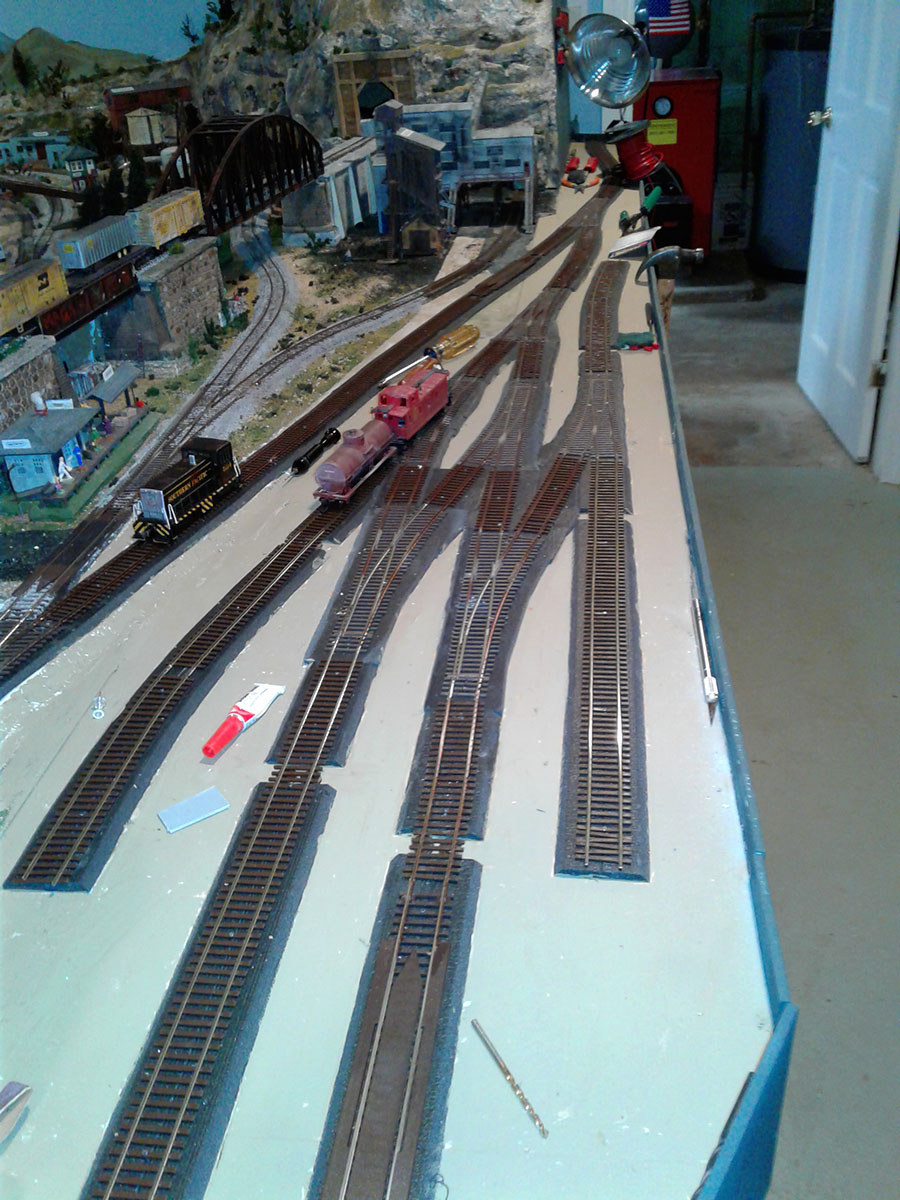 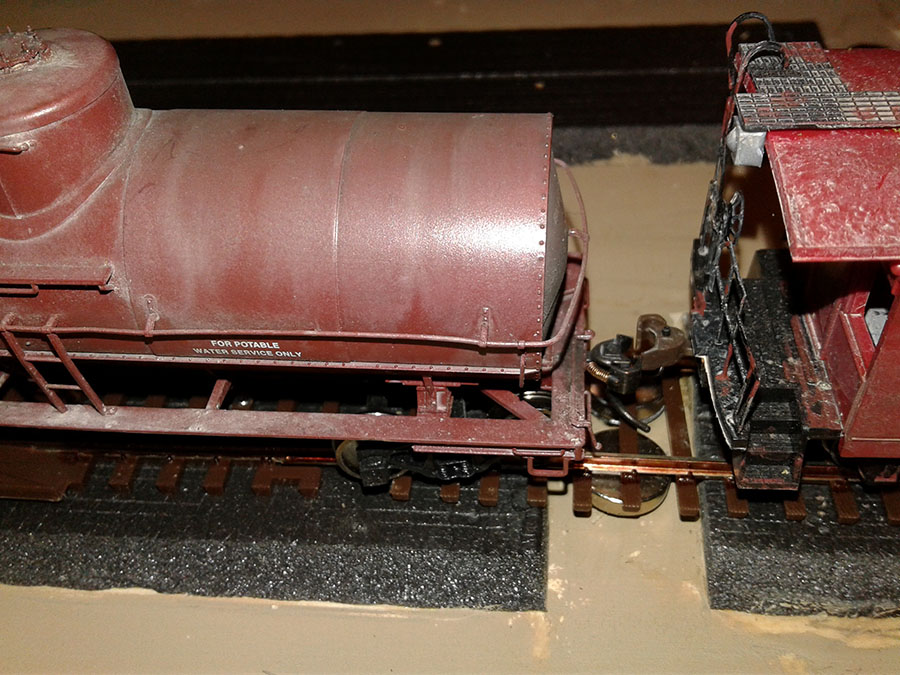 This photo shows the finished product. 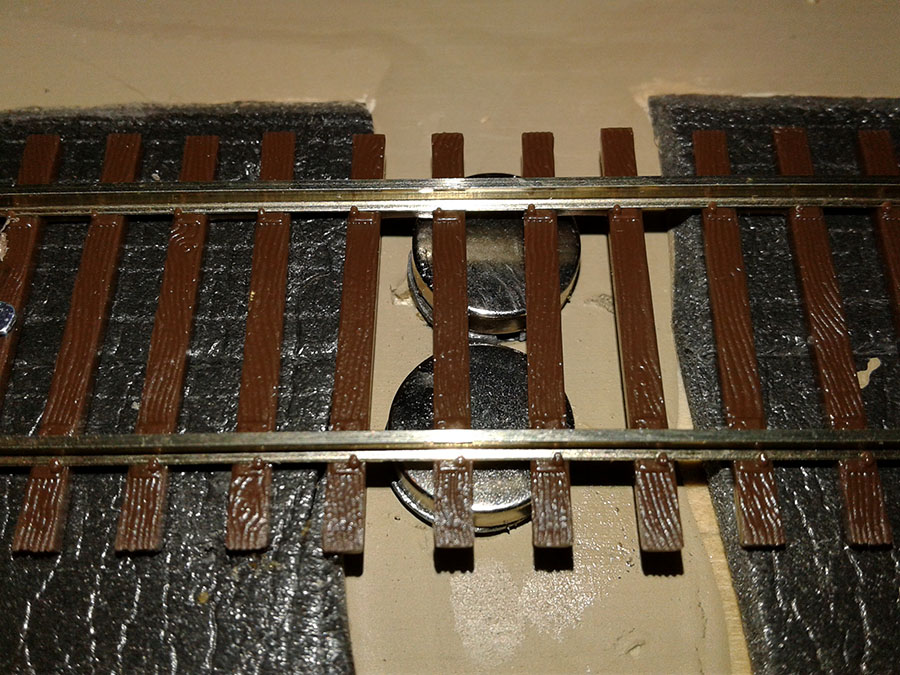 And now on to Brian – a blast from the past.

I watched Murder on the Orient express last night, and it made me think of his layout.

I’ve said it before, but I really do think one the things that makes a good layout is a theme:

“Having more or less finished my n-gauge layout a while ago, although of course as we all know a layout is never really finished, I decided to start a OO gauge layout in the loft and
venture into the world of DCC operation and sound.

Although the various sounds of steam and diesel for each locomotive are incredible, I hadn’t foreseen the problems of working and running a model railway in an environment with extreme temperatures in winter and summer (yes, even here in the UK).

Anyway, I won’t dwell on that, especially as my finance manager won’t approve the budget for a full loft conversion or even roof insulation, funny that!

Moving swiftly on. With a friend and his little boy coming around to see my n-gauge layout recently, I thought I’d better tidy the shed up, and consequently sold quite a few items on e- bay. As the star of my layout is the eight coach Kato Orient Express (with lights), I decided to purchase another more up to date loco to pull it, the Fleischmann SBB-CFF-FFS Re460 (popularly known as the Lok 2000).

There are several manufacturers who have produced this locomotive in N gauge including Minitrix and Kato, and all are very fine models, but Iopted for the Fleischmann and haven’t been disappointed.

It’s interesting that the Swiss Federal Railways decided to benefit from the revenue generated from advertising on the Re460’s, and that the model manufacturers have faithfully reproduced some of these.

However, finding the fantastic photograph of the VSOE (Venice Simplon Orient Express) crossing the Luogelkin viaduct in Switzerland double-headed by the SBB Re460’s in standard red livery (see my video), I had to have this version.

The Orient Express coaches that you see in the video are one of the two CIWL (Compagnie Internationale des Wagon-Lits) coach packs produced by Kato to celebrate the 1988 record breaking ‘longest railway journey’ (15,000km) Paris to Hong Kong via the Soviet Union and
China, staged by Japan’s Fuji Television.

After arriving in Hong Kong the train was shipped to Japan for a three-month schedule of promotional journeys. The quality of the Kato models is exceptional. Mouldings are crisp and the detailing of door handles and windows is outstanding. The lettering and CIWL badge are so good, that through an eyeglass one can read the lettering in the logo.

Unlike the early Lima CIWL cars, the Kato models have detailed interiors. The Pullman saloon car is supplied with table lamps that light up as standard, and the other cars (in my set) have been fitted with the Kato lighting kit that gives a general level of lighting to each car.

I think you’ll agree that the complete train looks just great on my layout, but it failed to take the ‘star spot’ in my friend’s little boy’s opinion. That was taken by Tomix’s Thomas the tank engine with Annie and Clarabel. Now, there’s a surprise.

Thanks for the emails yesterday about Mike’s ebay bridges. It got me thinking: Please do let me know about any odd, wierd, wonderful products on ebay.

I think it would be quite fun to post about them.

A big thanks to Steve, Paul and Brian – please do leave a comment below if you want to get involved.