Don’s been back in touch with his 15×15 railroad layout.

I remembered him from his last post because of he sent in some real pearls of wisdom.

“I should bring people up to date.

I had built a layout in a 15×15 ft room in our condo. I tried to use parts of the layout I had started in the basement of our house before we moved into our condo.

To make it fit I had three access lifts. It also covered the window. I lived with it for two years until my wife decided that we needed hardwood floors.

I took it apart and was able to save about 30% of the layout. These parts I mounted on casters so the installers could put in the floor.

It has three features: no lift outs, a window view, and two levels.

The first photos show the new loop on the southwest wall.

It is covered with cork 4×8 sheets from Ebay. There will be a similar loop 20 inches above. The base has odd angles to allow a drop in turntable. I used graph paper to get the proper oddball angles. Templates were then used to set the chop saw.

The next photos show what was saved from the old layout. The upper level is supported by 12 ft 1×4 L girders. The track of the old layout was glued down and could not be saved. I was able to cut it out because the plaster cloth did not stick to the base. I then glued luan plywood to the base.

I used #20 nails to mount the track. I used #O Brass screws for the turnouts and in the helix.

The helix is 5 ft with a 27 inch radius track. The base spline is 1/2 inch plywood. The grade was determined using adjustable lag screws as shown. The spacing was set with spacers.

I took 1×4 by 8 ft boards and ran them through a table saw to make it the proper width. The chop saw was used to make 3 inch spacers.

By cutting only one edge it was easy to determine the top edge. If you decide to make two smaller cuts, paint the top and bottom cuts so you will know the orientation after the chop saw.

This made 32 spacers per board and I cut seven identical boards. The upper levels were luan.

This helix goes from staging to the main level. A second helix will go to the upper level

The window will be clear other than bridges. The new staging yard will have nine tracks. 1/2 inch Copper tape was used extensively.

Track was connected with copper wire. 16 gauge wire was soldered and fed under the layout and connected to the 14 gauge bus with Quick splices (suitcase connectors). This cuts down on many under table connections. Post It was used to keep track of polarity. 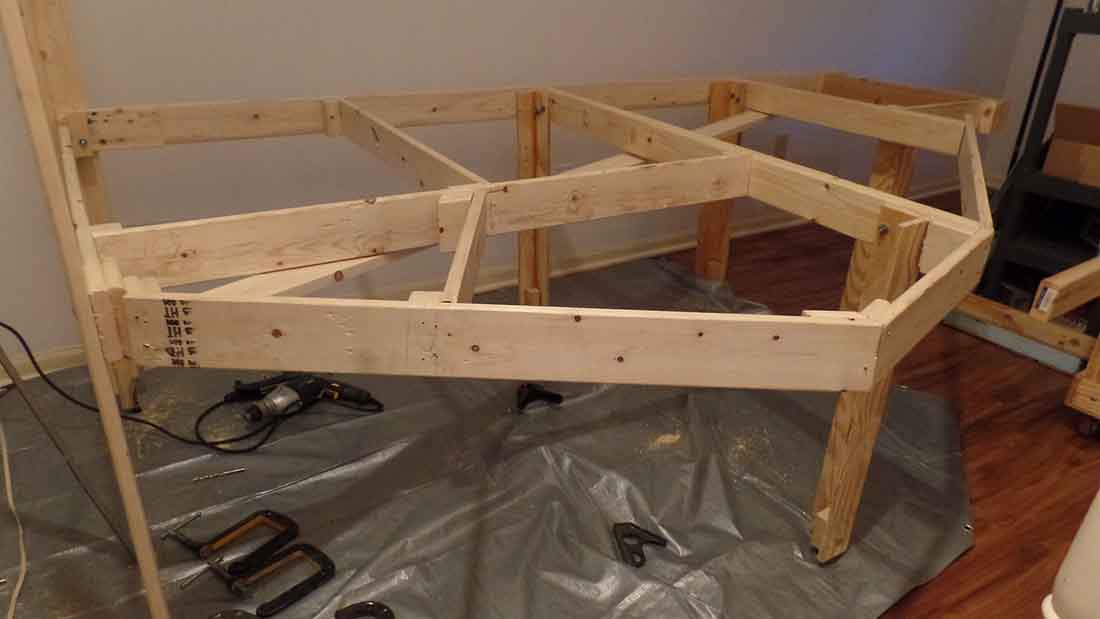 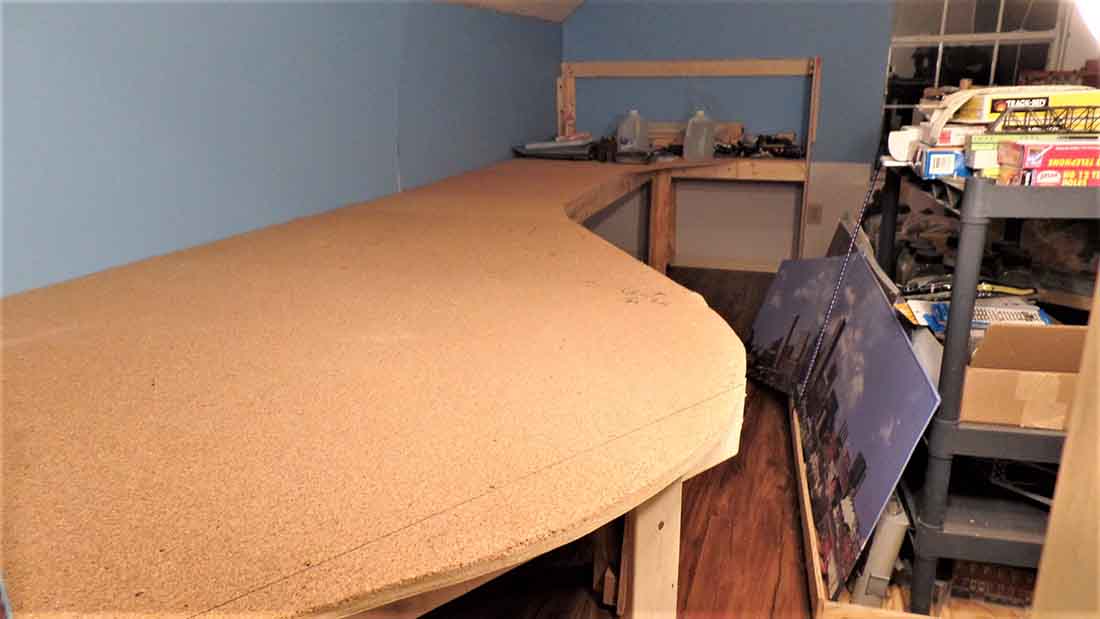 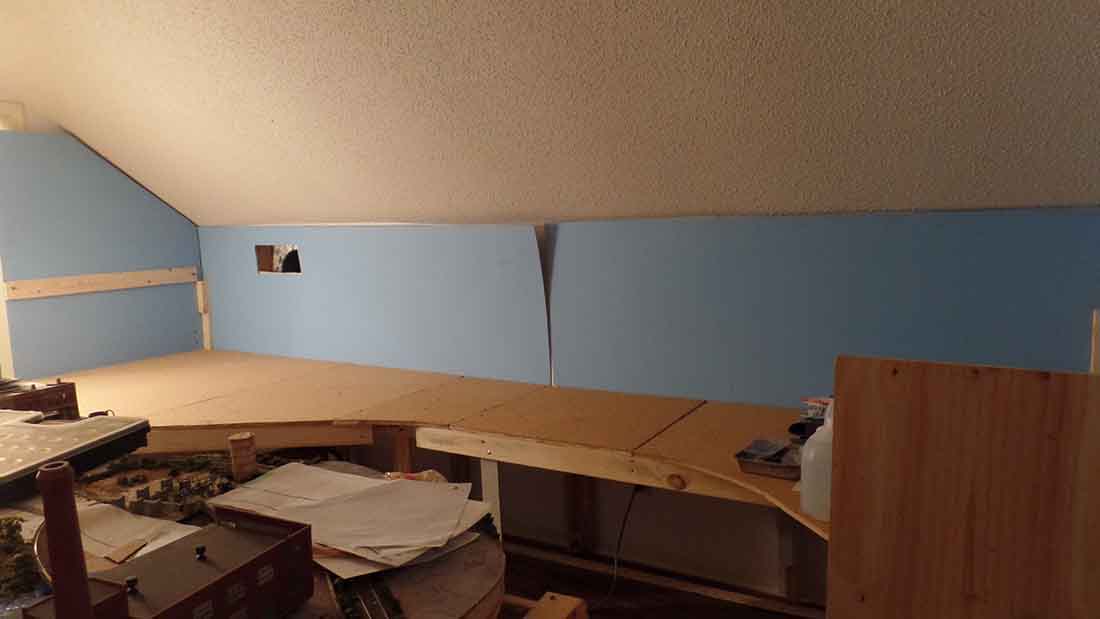 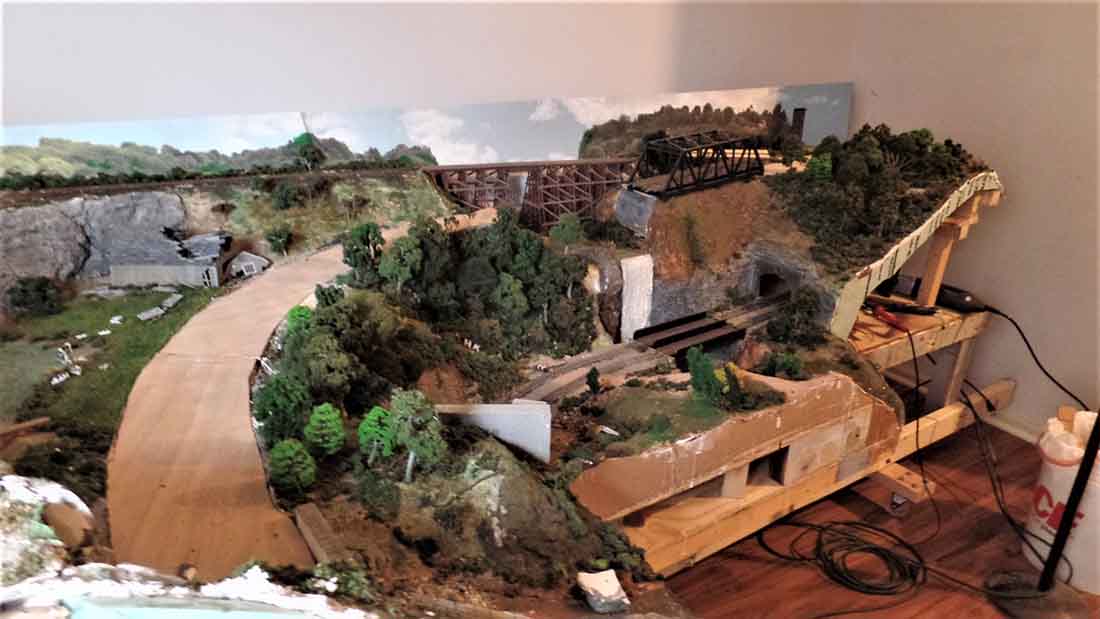 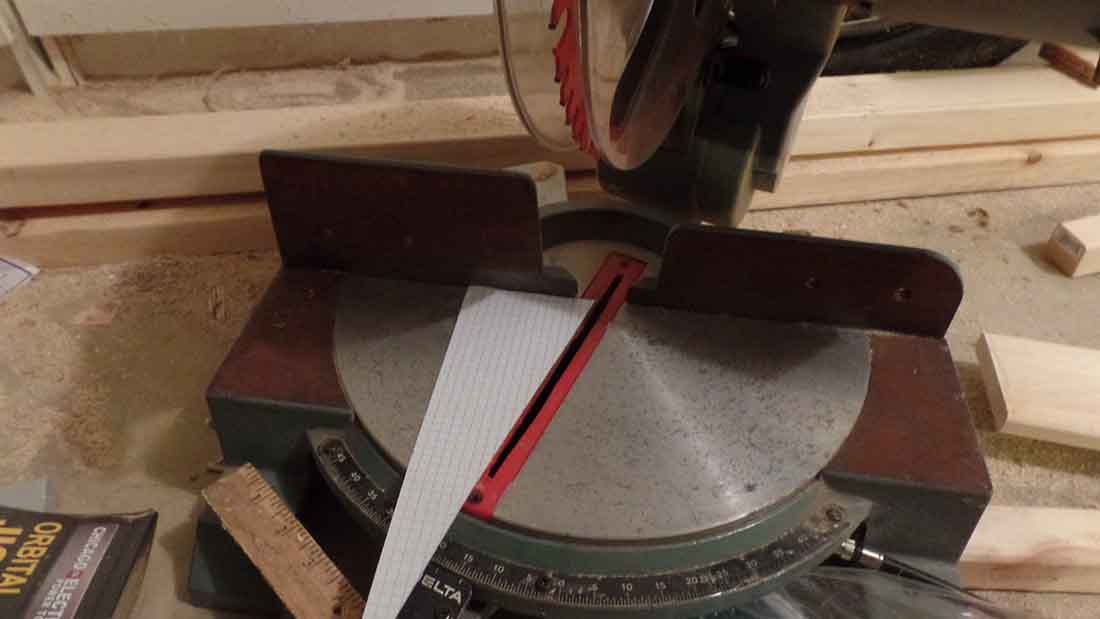 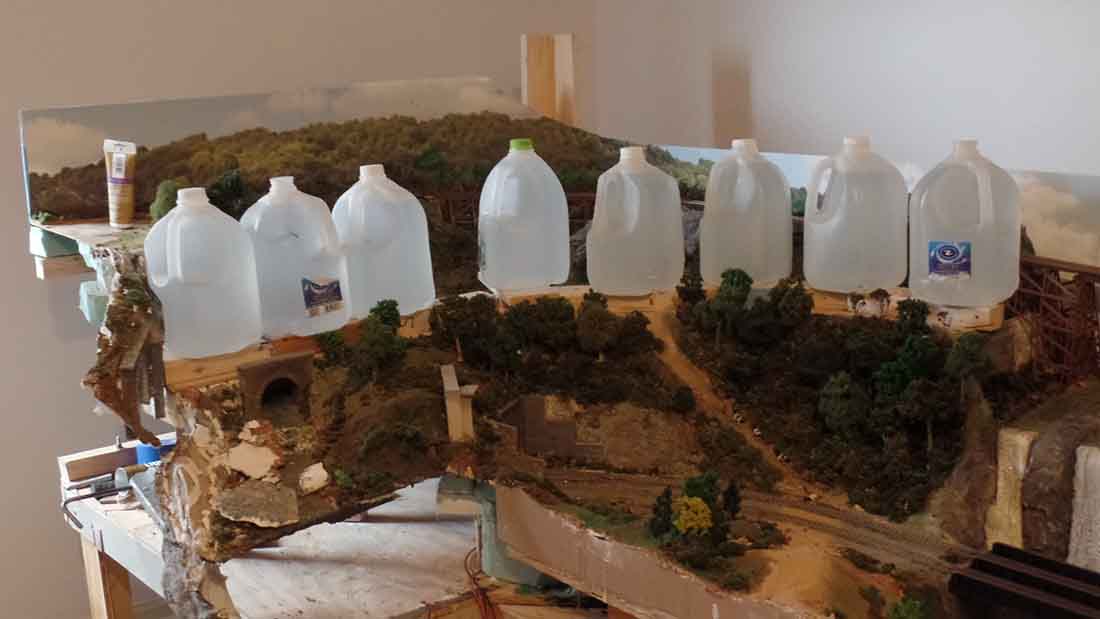 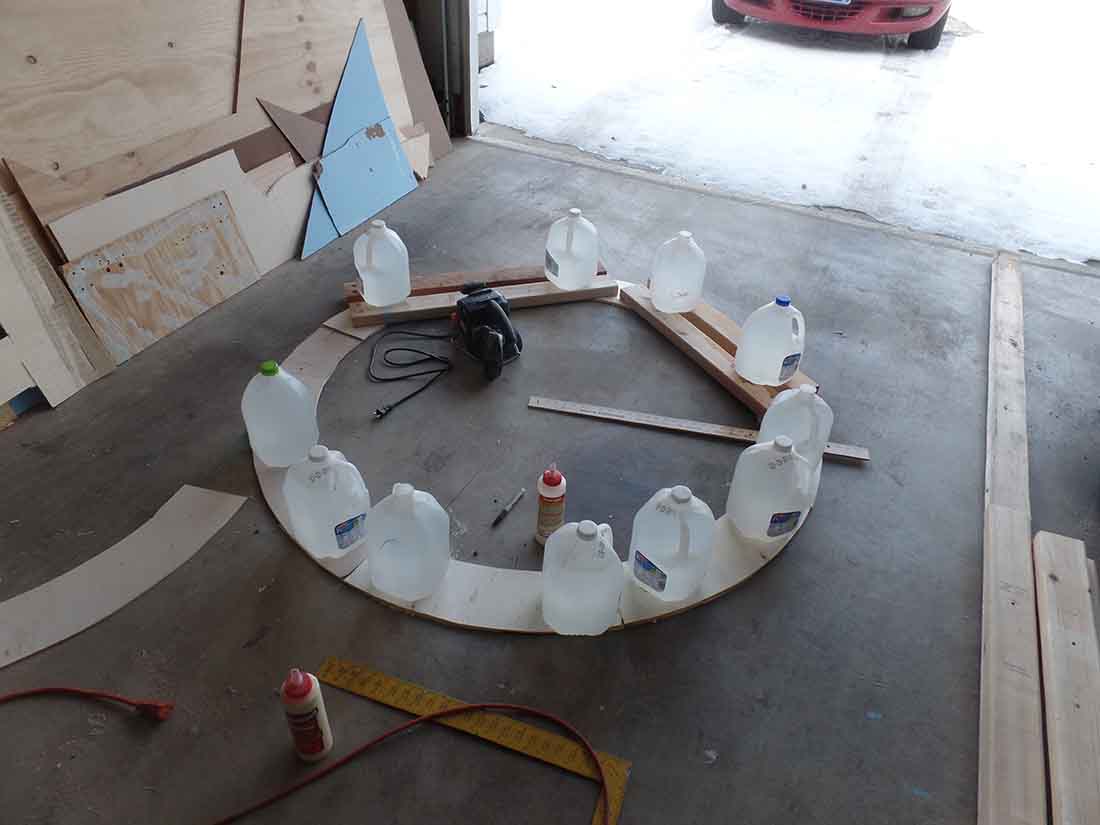 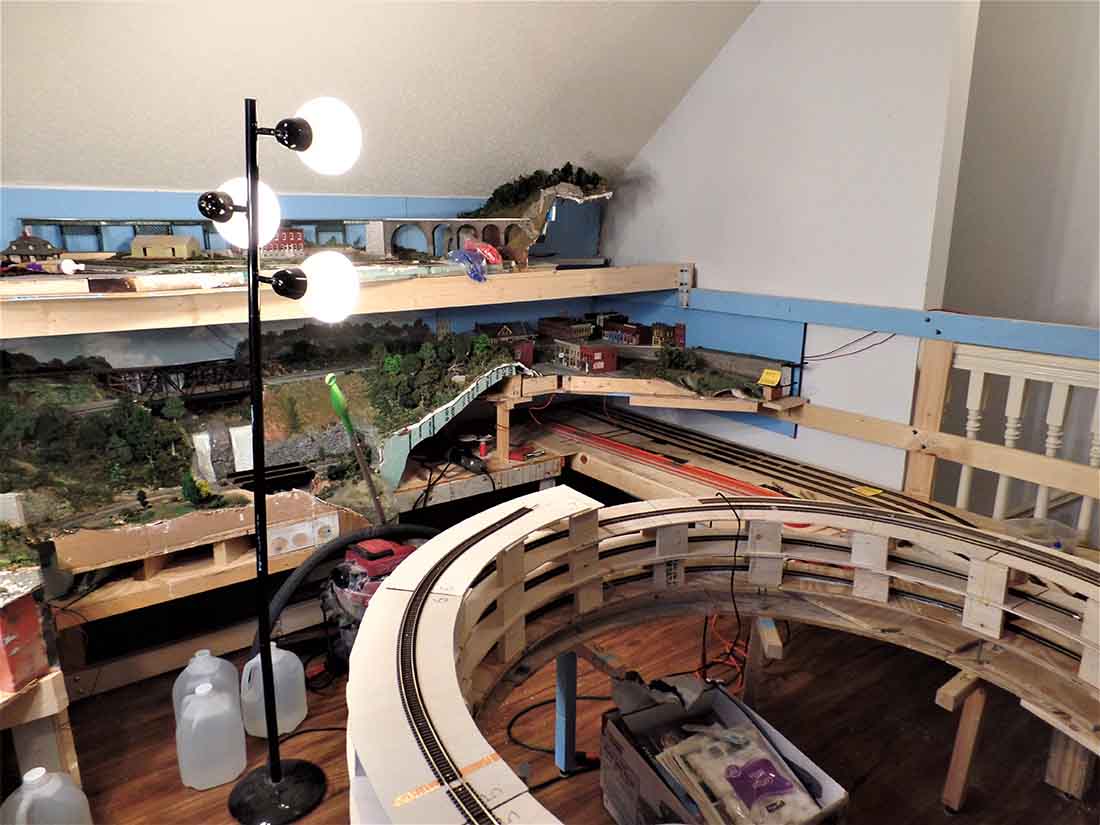 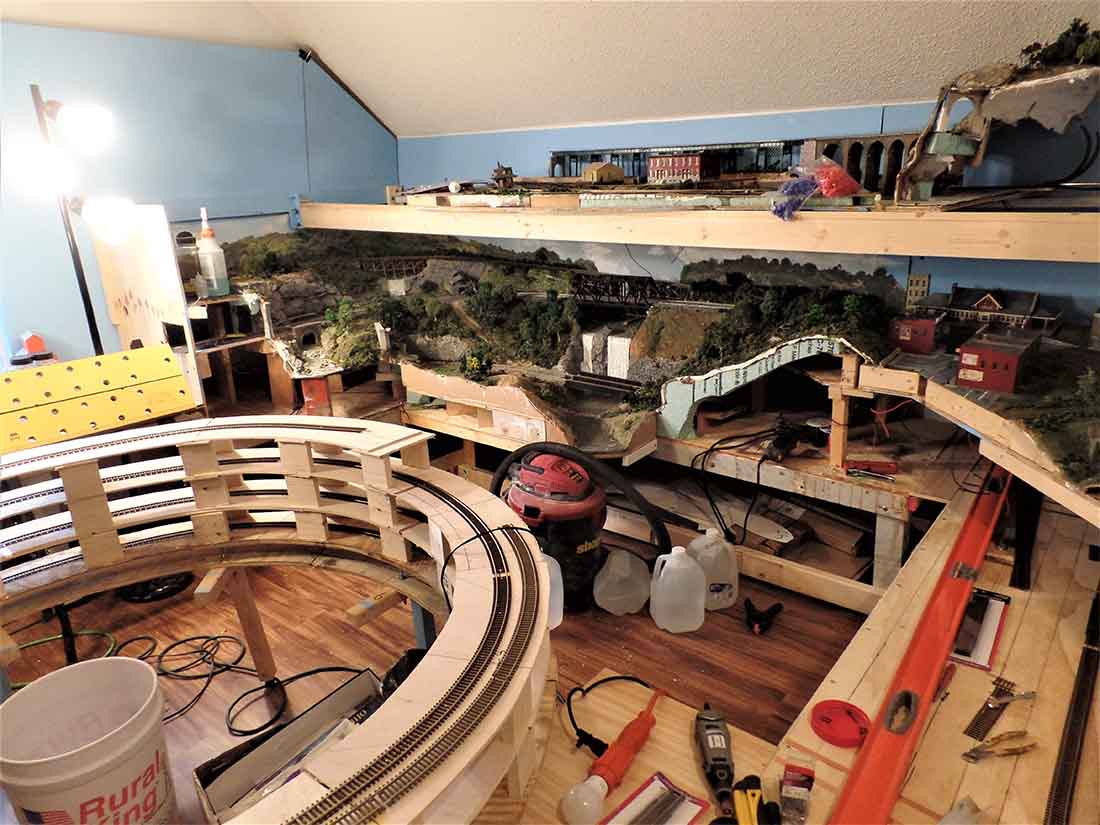 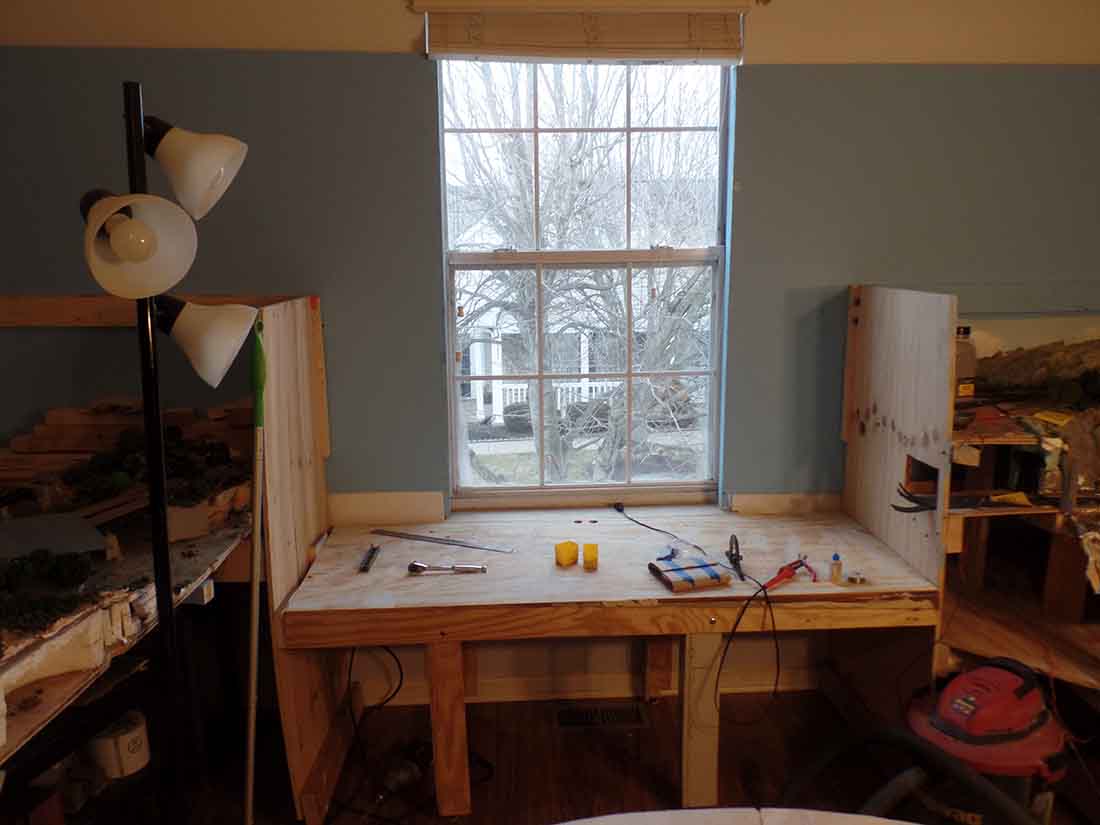 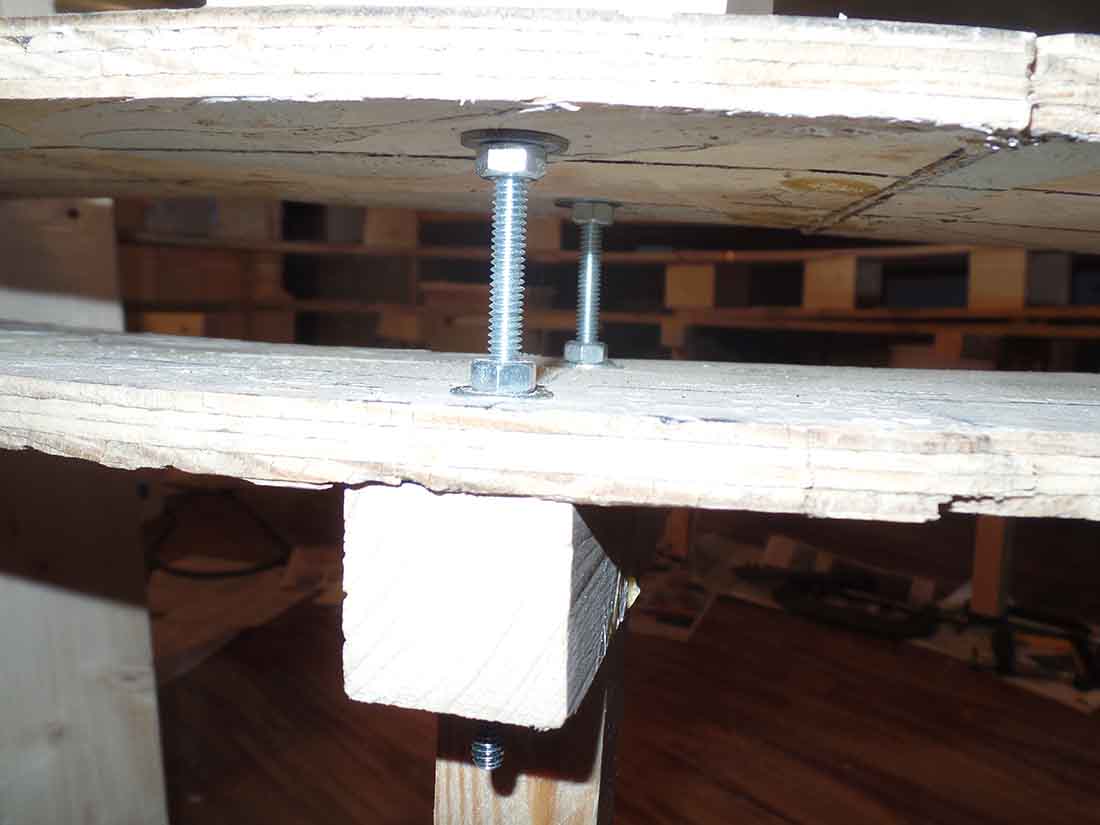 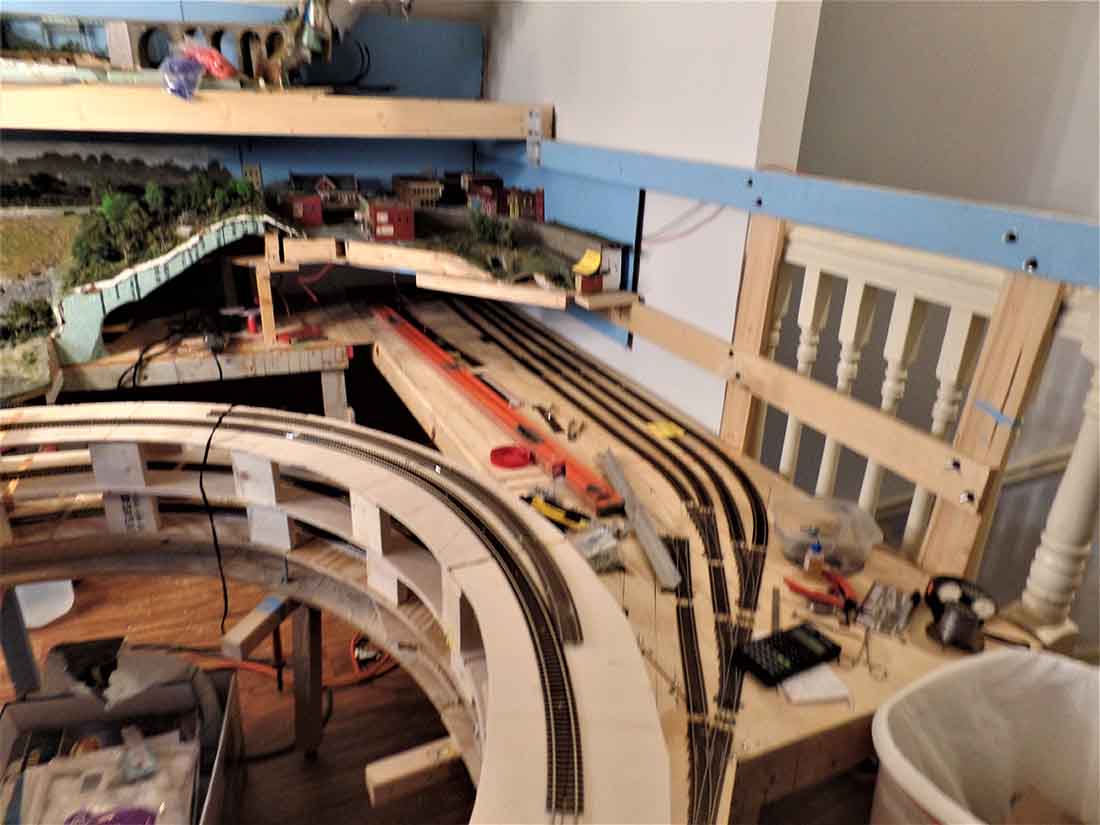 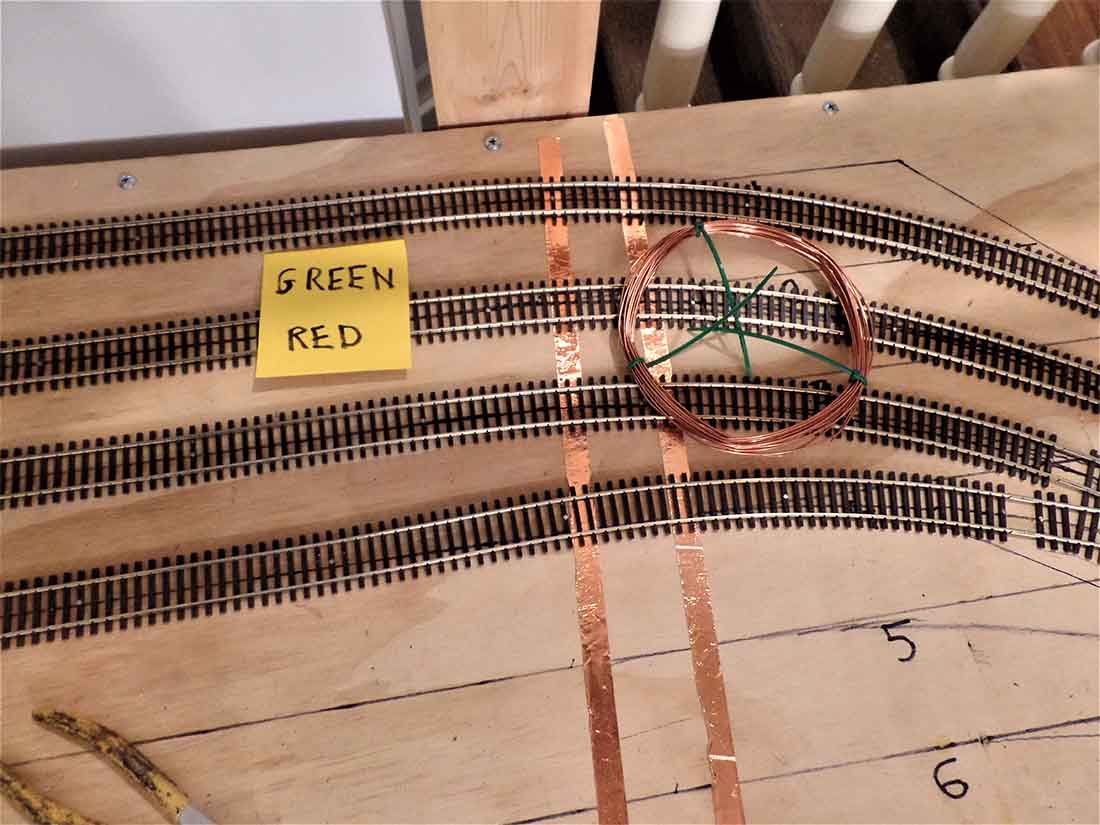 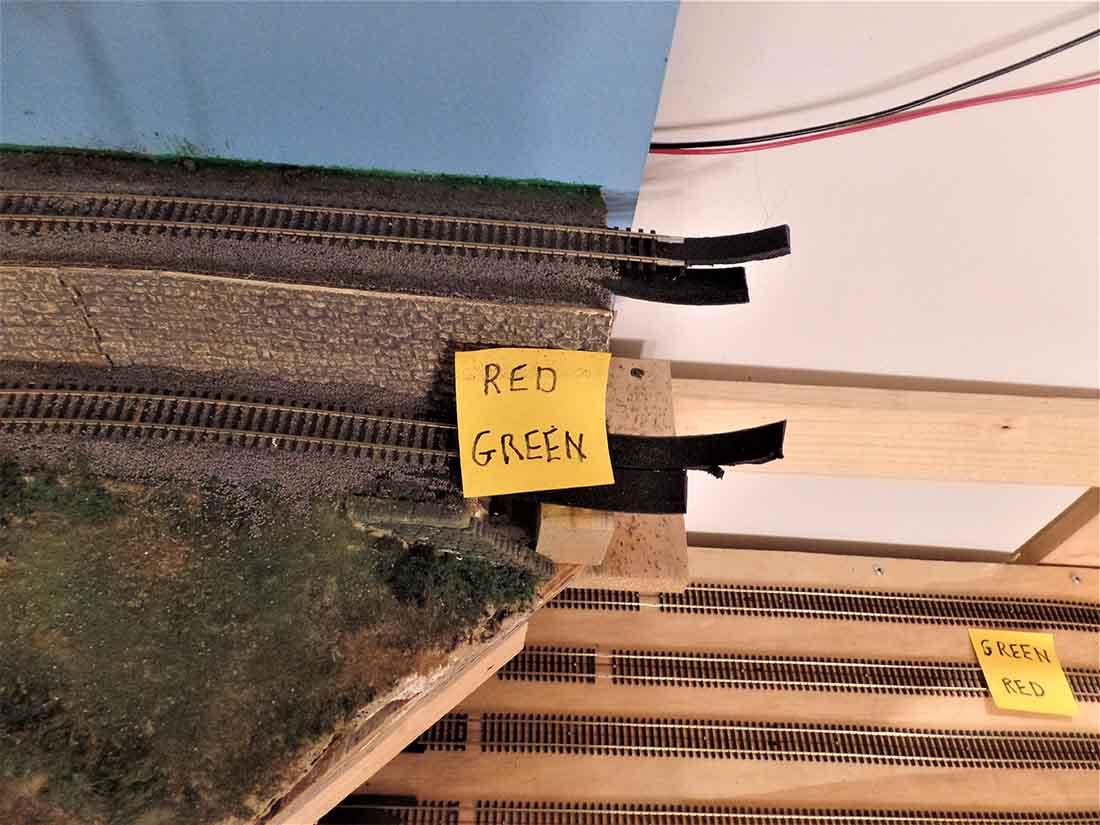 A big thanks to Don for sharing his 15×15 railroad layout.

I always get mails when I show a layout like this, asking, “Why show a half finished layout?”

Well, for me, it’s all about making a start and getting stuck in. Because without that, there are no layouts, and worse, there’s no fun either.

And besides, you can see Don’s ‘finished’ layout in his last post.

Don’t forget to revisit it, you can find it here. There’s some solid advice and great pics before the big move. 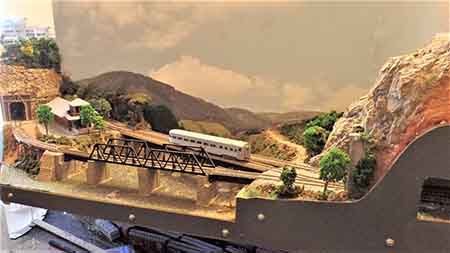 And if today is the day you stop dreaming, start doing, and join in on the fun, the Beginner’s Guide is here.