Here are some pictures of my layout an some expainations of what I have done. Firstly, the fiddleyard turntable length was determined by how much room I had as obviously it revolves 360degrees. So it’s 42″ long which allows 8 short wheelbase wagons Plus a guards van behind a tank loco, or 3 coaches. If a tender loco is used I have to loose one or two wagons or a coach.

Electrical connection is by copper tube and rod. I now have a lower turntable track accessed via the tunnel. Also in the tunnel there is a spur holding the auto train which does not need turning.

So, starting at the other end is the ficticious South wales Union Canal which opens out into Bryncoch basin. Bryn means hill, coch means red, so it’s Redhill in english. I is pronounced BRIN CO as in coal, CH as in Bach the composer.

That’s the Welsh lesson over!!

The wharf has a rail connection where coal is loaded onto barges and timber is unloaded. The timber warehouse is made up from two SCALESCENES low relief warehouses back to back with a bit extra in the middle.

The station and goods shed are both METCALFE, but I clad the GS in stone paper to match the stone station though it’s not an exact match.

The starion is illuminated as are some other buildings. The creamery is a hotch-potch of parts. The bus garage I had in the last house did not fit here so I dismantled it carefully and used some of it for the creamery. The water tank came from a SCALESCENES engine shed, the girder support I made by folding a piece of card and cutting out the shape so I had 2 identical pieces. then I painted and weathered it.

The canopy was from an old scratchbuilt station I made. Last week I made up a fence from left over gates from a RATIO fencing kit that you can see on the canal basin.

Real coal is used throghout the layout, a small lump from a heritage railway goes a long way. A lorry I bought some years ago had F SPRAKE coal & coke written on it so to keep continuity I put a sign on the coal office and he also runs the coal barges.

The signal box levers were made from paper clips as was the fire iron stand by the loco shed. I know there are proper levers to be bought on the market’ but can you really see them? The instruments are just different sizes of plastic

The loco shed is METCALFE, the third one I’ve owned. I built a workbench inside and put some notices on the walls. I would like an inspection pit, but I can’t safely reach into the corner and start cutting a slot, so I’ll do without.

That’s it for now, I’ll continue with more pictures and info in the next few days and show how I uncouple remotely.
Just to recap for anyone not seen my layout before, it is a small rural branch line in South Wales set in the late 1950’s/ early ’60’s.

I hope this is OK Al, I don’t want to hog your web site. 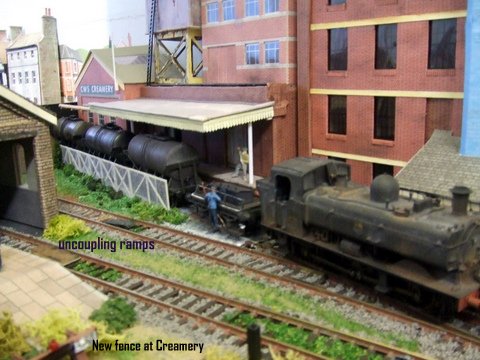 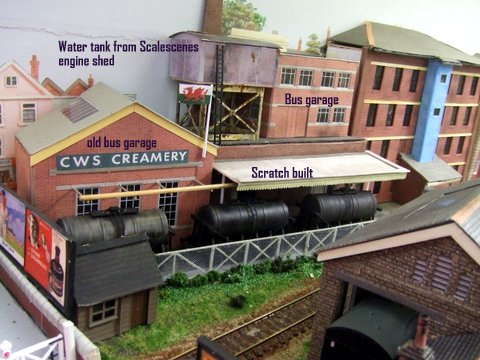 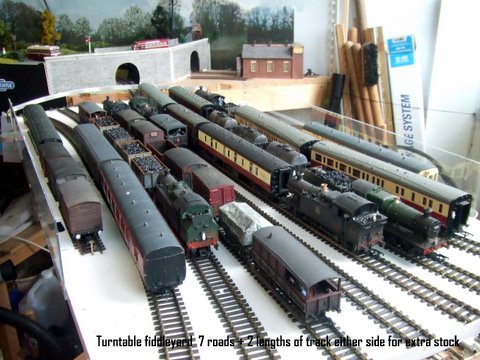 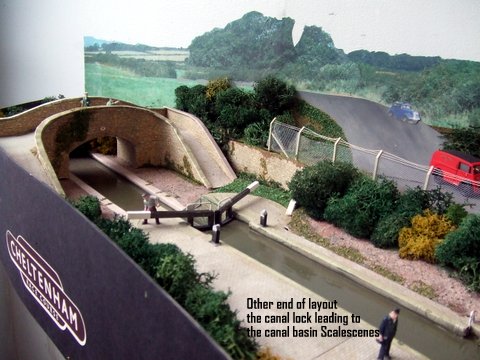 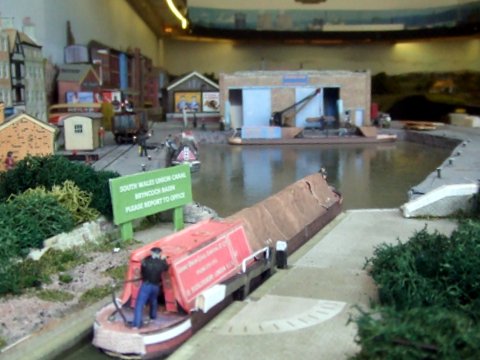 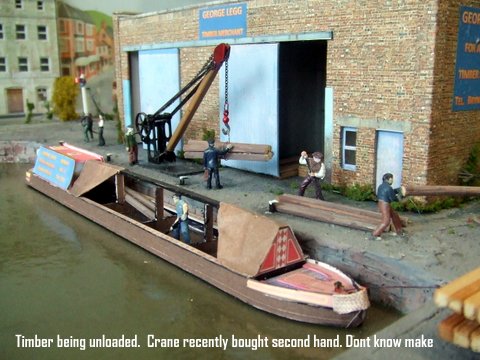 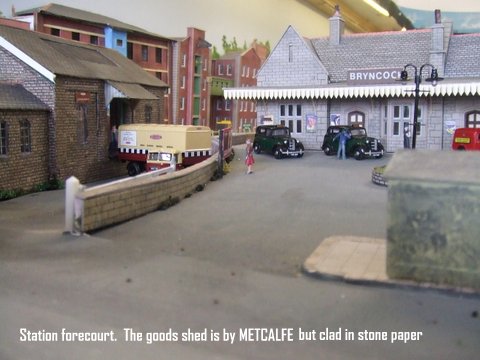 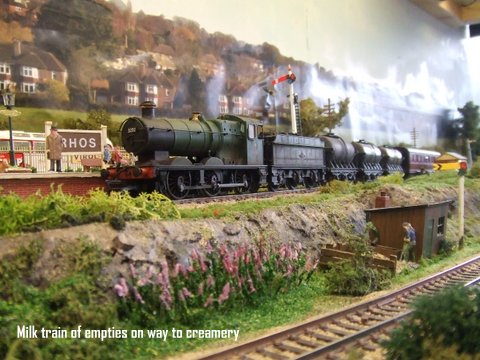 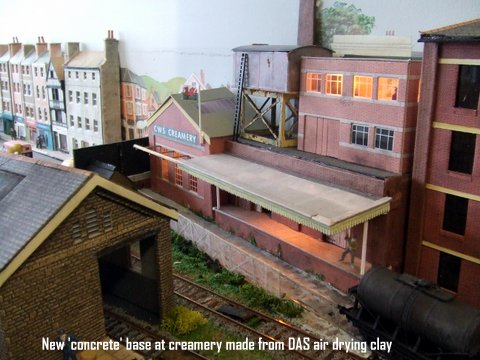 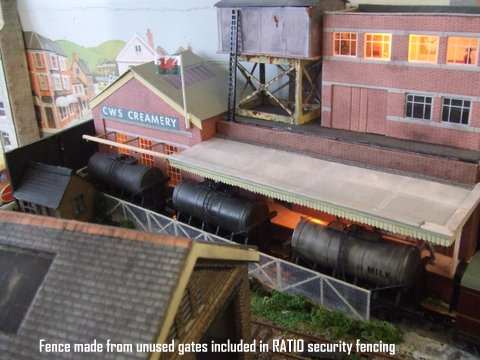 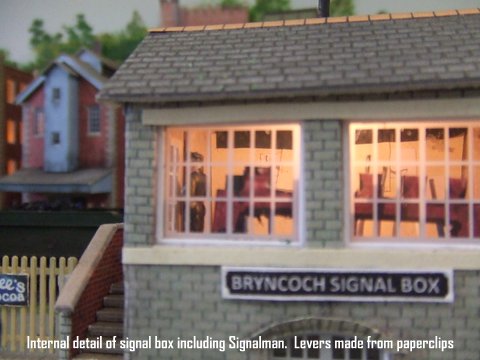 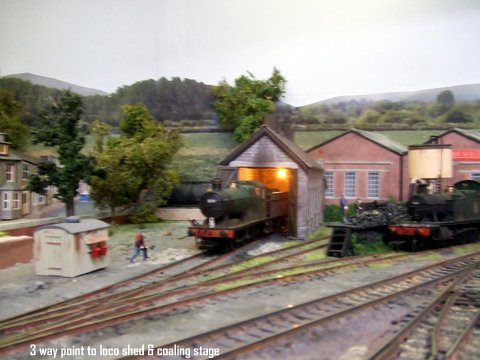 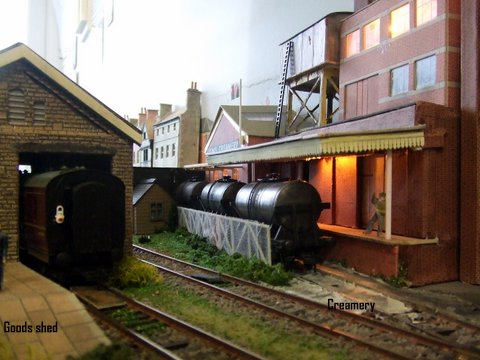 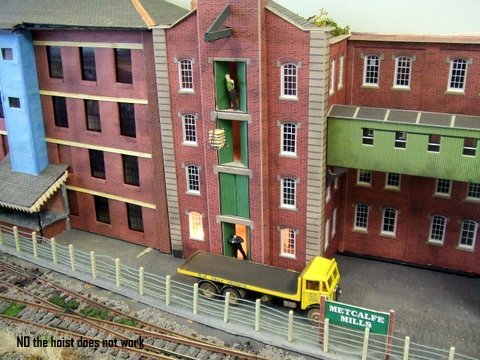 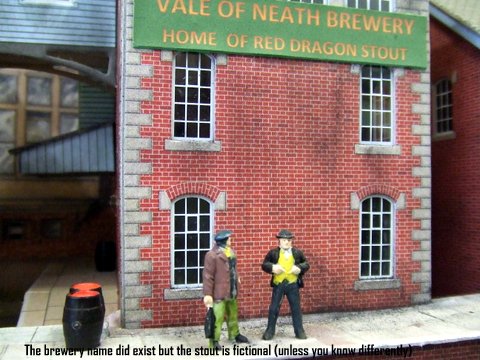 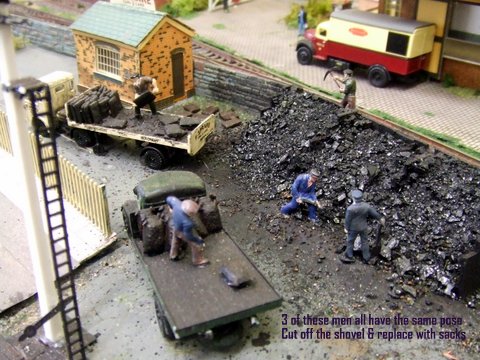 Big thanks to Alan – enjoyed that.

And now an apology… For everyone that tried to buy the ‘Mix and match shed‘ and were taken to a payment page for House & Factory bundle, I’m sorry.

It all makes sense now – I wondered how folk were still buying the House & Factory. It has been fixed now. So if you did want to get the ‘Mix and match shed‘ it’ll still be available for a few more days. My fault. Sorry.

33 Responses to Alan explains his layout