Another update from Alan

I got this in from ‘J’. It’s short and very to the point – but looks great!

“This lake is made from left over marine varnish. The color is from dried boiler sludge. 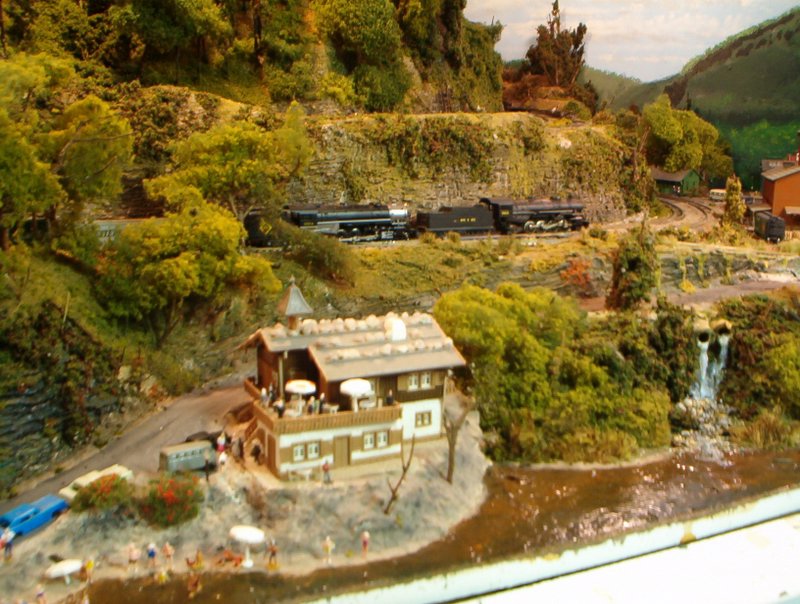 To continue the tour of my South Wales layout, I’ll start at the station terminus. I deliberately did not put in a run round feature so that it would create another shunting movement for the station pilot. When a train arrives at the buffers, it uncouples and moves forward to an isolated section of track operated by a switch. As it is DC operated this is essential. When the coaches are taken away, the loco can go to shed.

The 3 way point was retro fitted so it was too difficult to fit point motors below so I had no option than surface mounted ones. The scratch built signal box hides them.

Most of the rest of the pics speak for themselves as I have annotated them fairly comprehensibly.

I have just taken delivery of some sea foam trees, but they havn’t been planted yet.

The final instalment will follow in a few days which will include pictures of the fiddleyards. 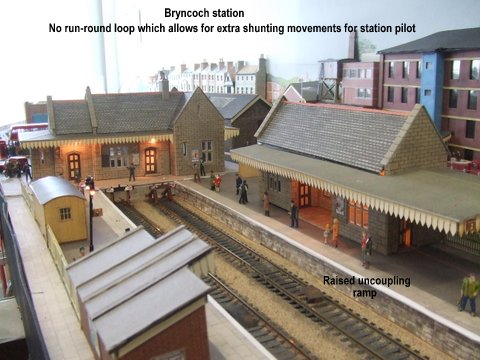 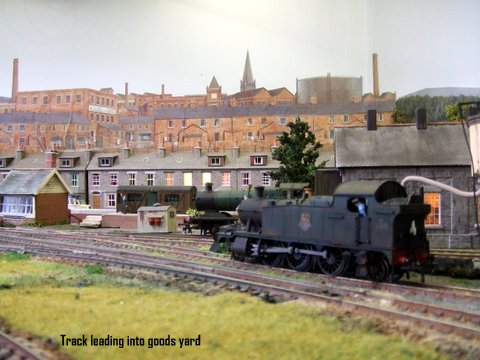 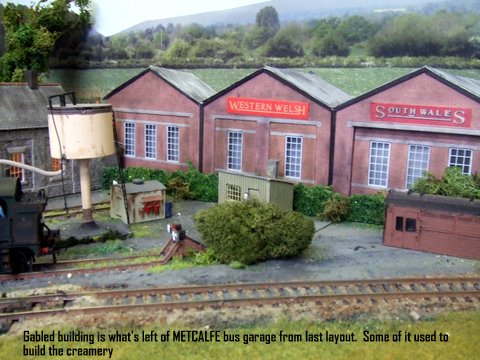 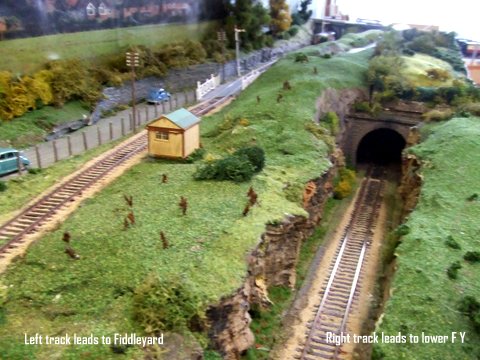 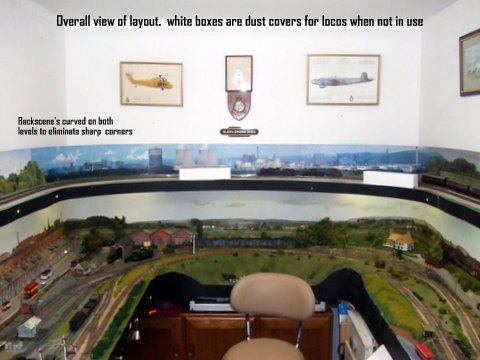 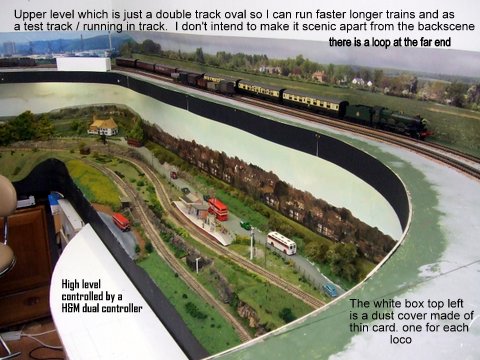 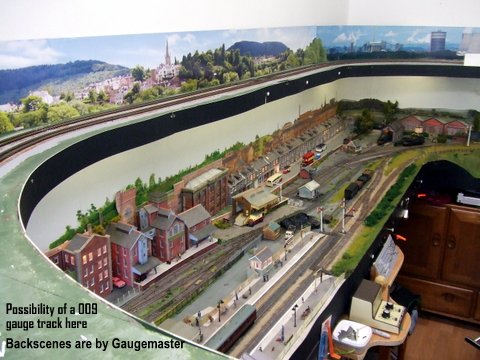 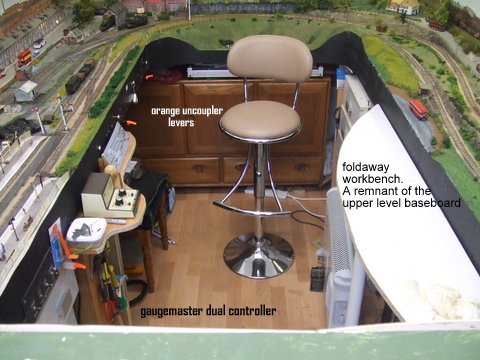 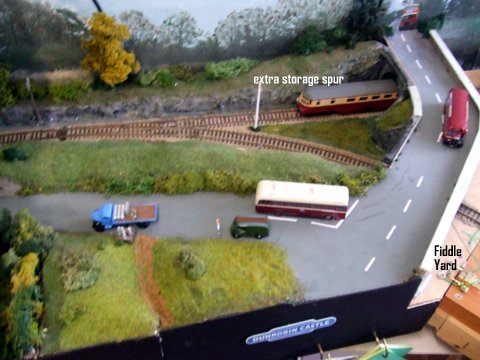 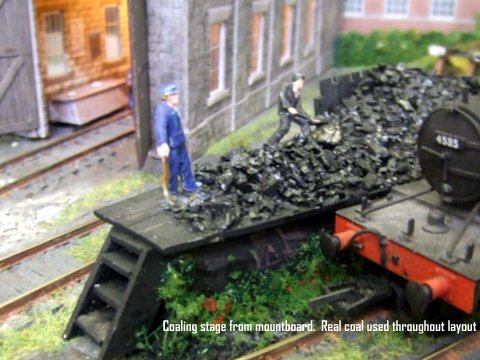 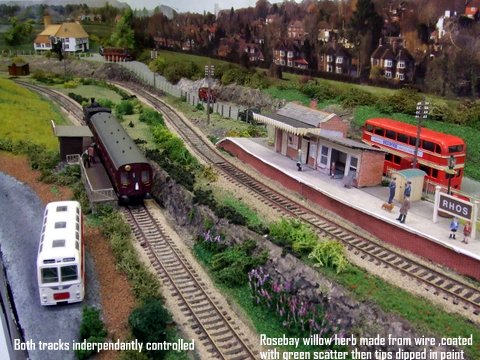 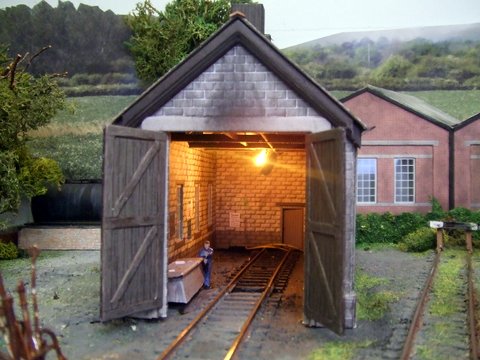 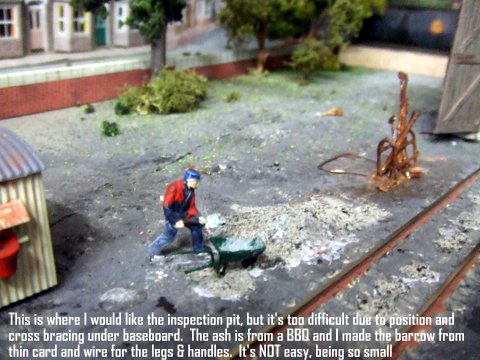 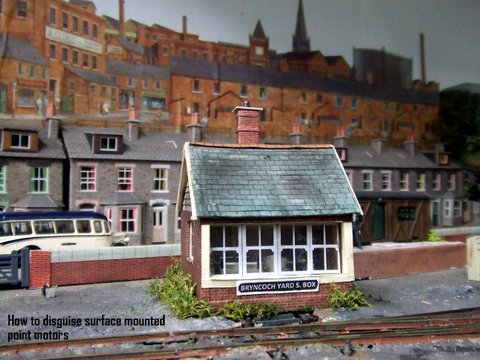 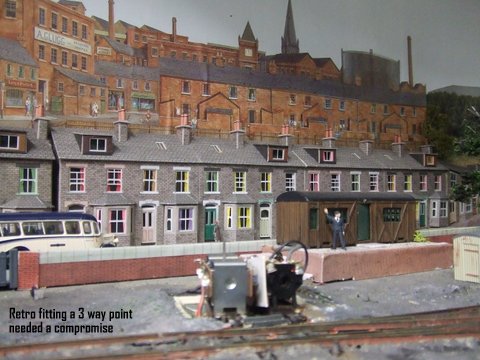 Thanks to everyone. I’m deeply envious of Alan’s set up and chair!

And have you seen the latest ebay cheat sheet? It really does go banannas at this time of year.

39 Responses to Another update from Alan