Bob’s been back in touch again.

This time he’s been busy on his swing bridge:

I have done some more work on my swing gate for my new layout. I have wired the gate as far as I can until it is in place on the new layout. Attached is the schematic of the wiring. 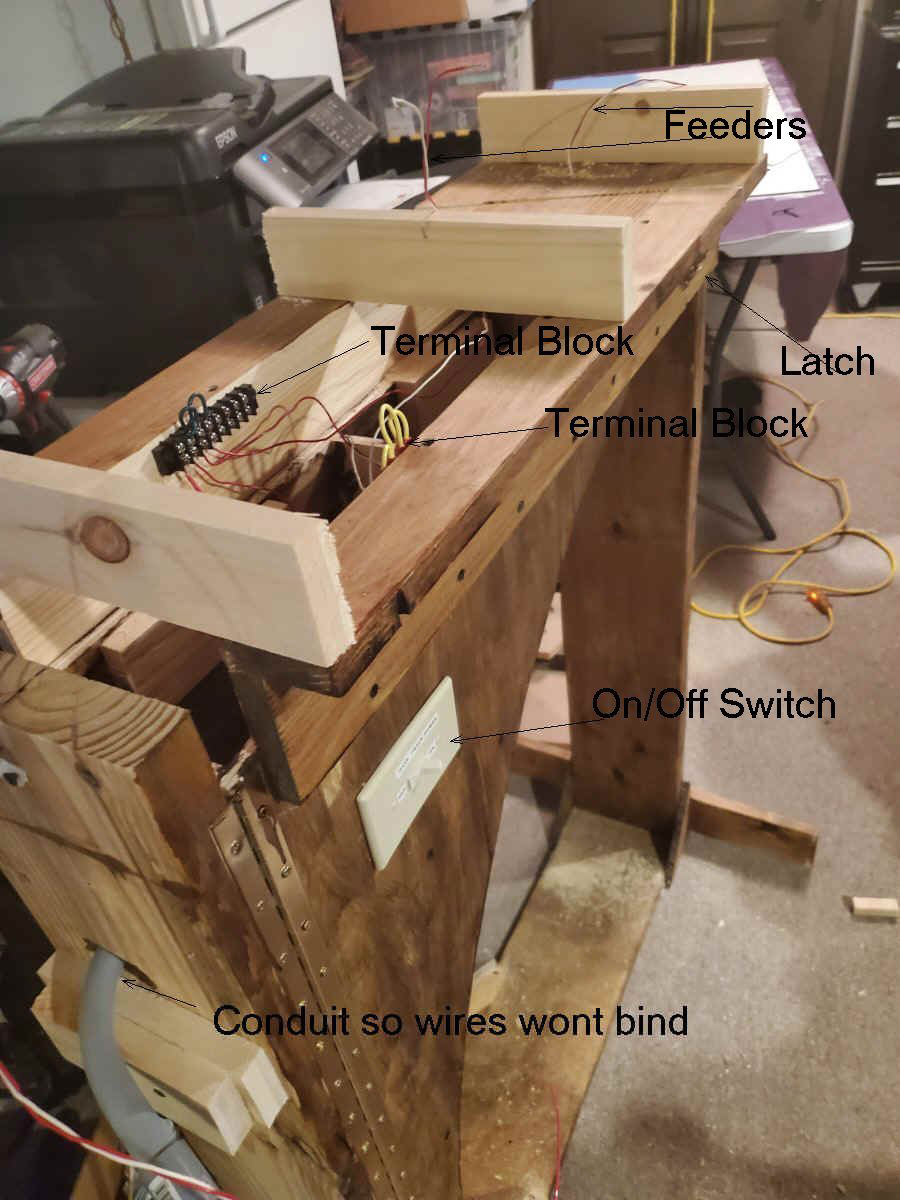 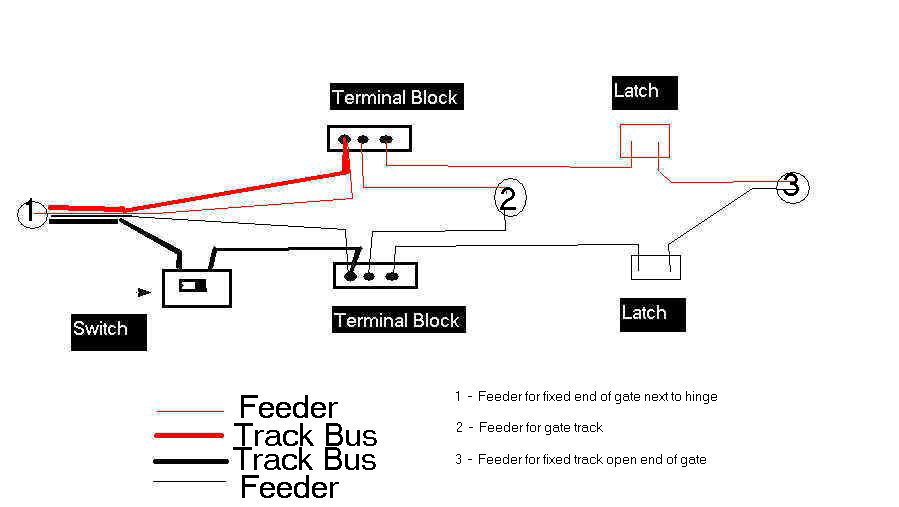 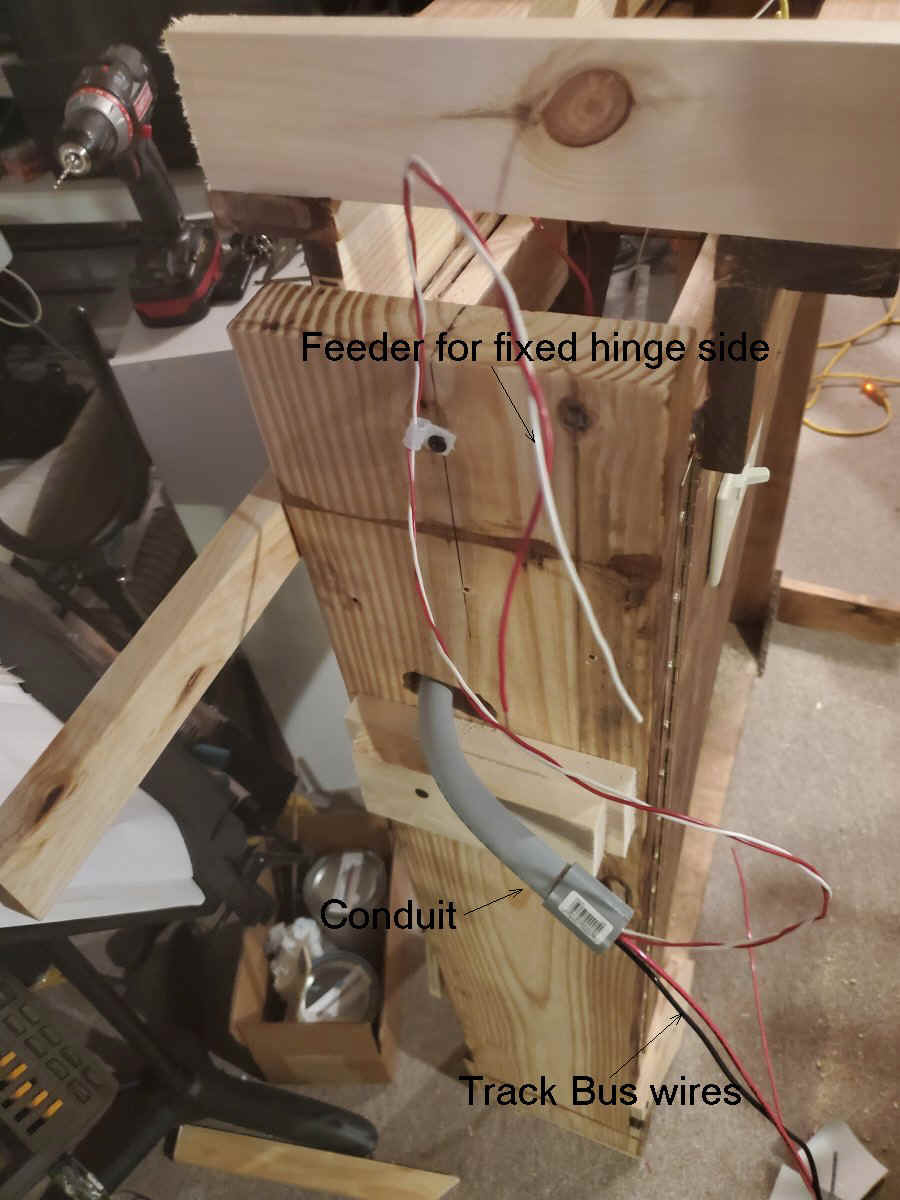 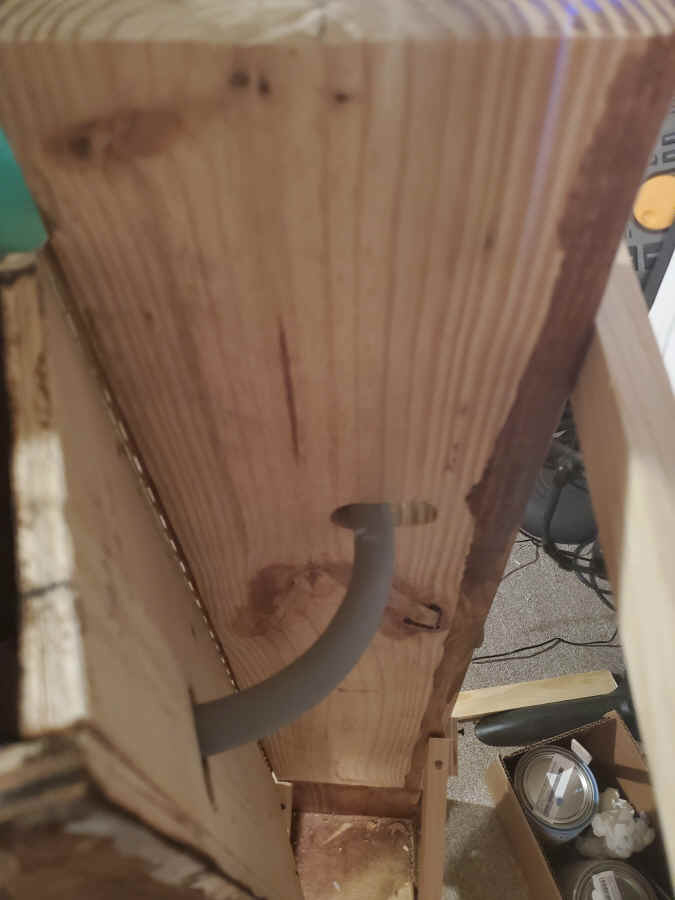 The Red bus wire goes directly to its terminal block.

The black bus wire goes through the switch before connecting to its terminal block.

There are three sets of feeder wires that are connected to the terminal blocks: one for the fixed track on the hinge side of the gate; one for the track on the swing gate itself; and one that connects to the part of the latch on the gate.

The feeder wires for the fixed track on the end that opens are connected to the other half of the latch. I checked continuity between the bus and all of the feeders and they are solid.

I hope this help other folks who are want to use a swing gate instead of a lift-out. I know you can do a swing gate that drops down or one that swings up but I feel my gate will blend in with my new layout.

I haven’t started taking down my existing layout yet because of two things: 1) I installed NCE USB interface n the existing layout and loaded JMRI on a laptop that I rarely use so I have been building my roster and getting use to the JMRI throttle; 2) I received my BLI ES44AC with Rolling Thunder that sounds great but even better it smokes.

I have promised myself I will start tearing down the existing layout this week. 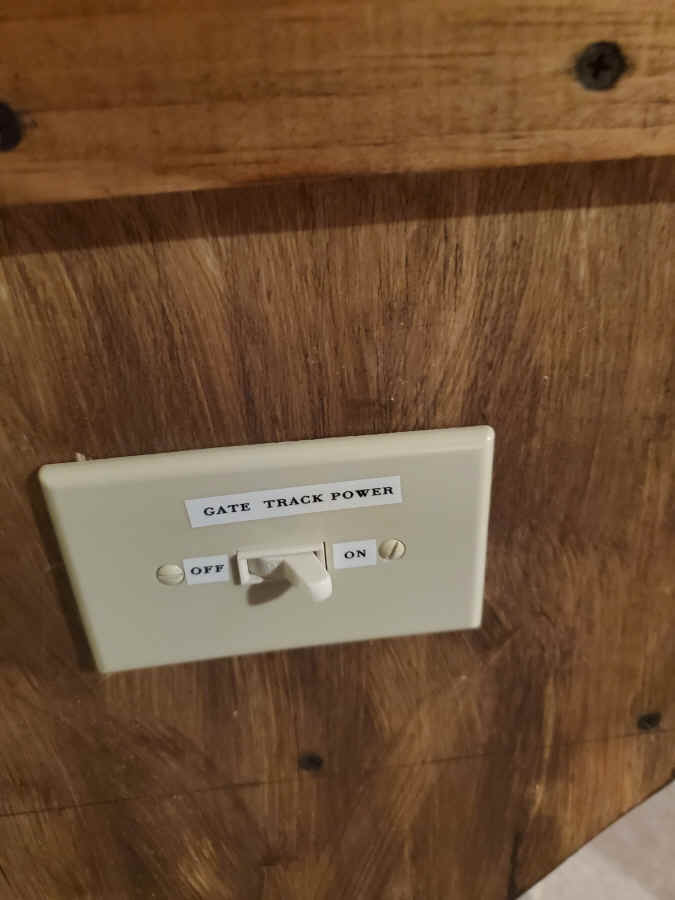 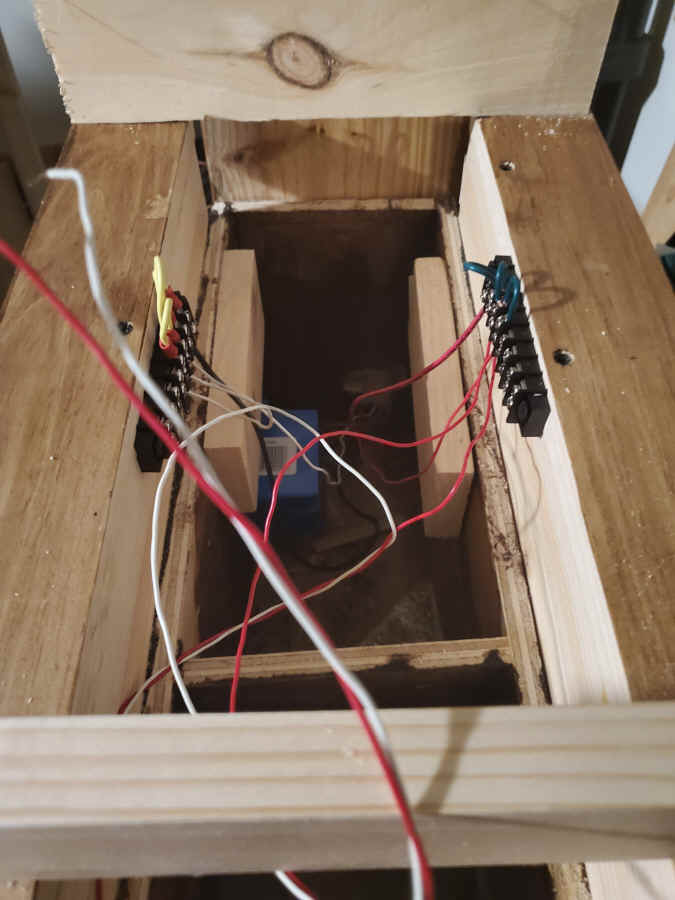 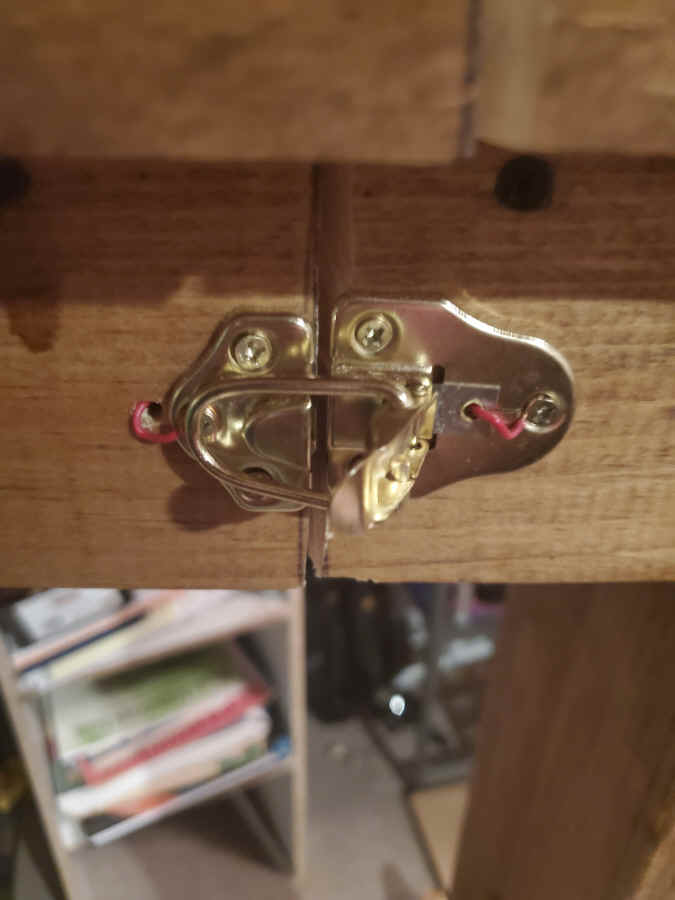 And now on to Thomas – these pics made me smile. Fab idea:

“I may have one of the largest collections of G-Scale trucks and cars converted to run on 45 MM in the USA.
I just LOVE converting them ! 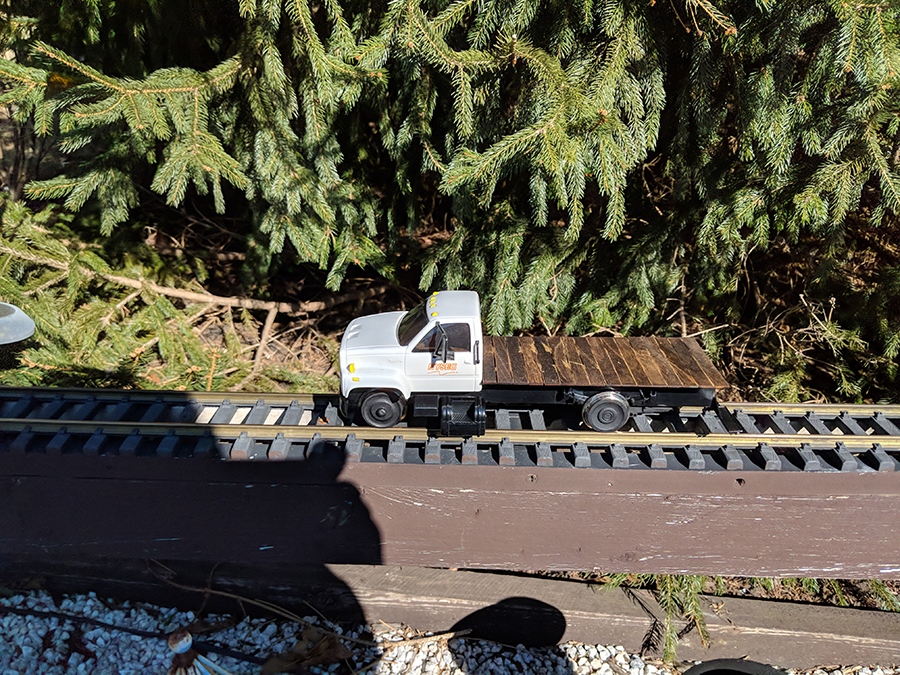 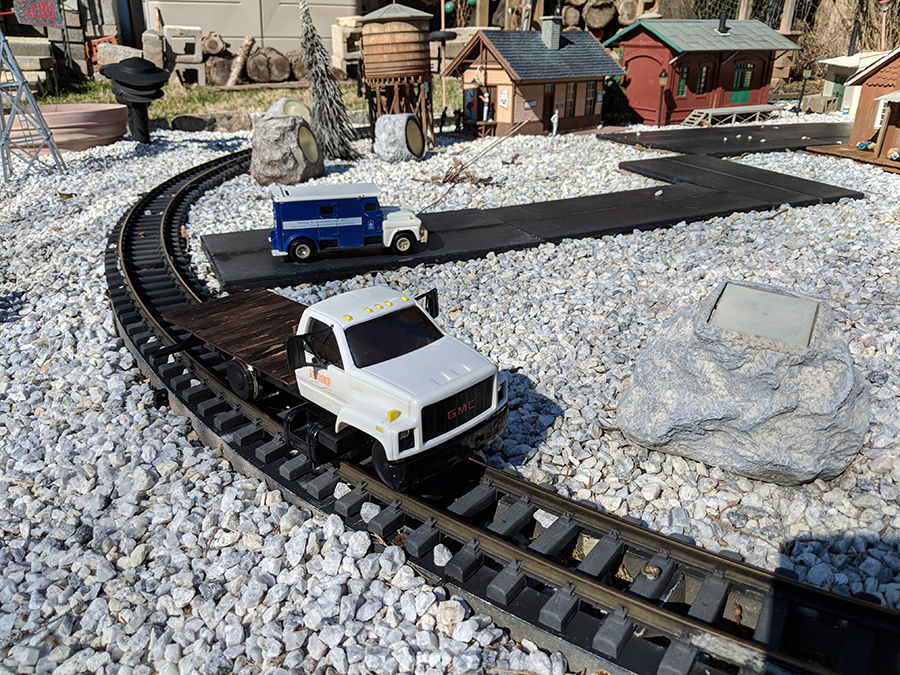 And now on to Cassio (his last post is here).

He’s not a man of many words, but I do love his stuff:

And now on to Hall of Fame member, Brian.

He’s helping with a display in a shopping mall:

“Hi Al, eyes have improved greatly after the operations to both of them.

I have been helping on an ‘n’ scale display layout in a shopping center in our town.

The photos below show how I built the waterfall. (Please note – a change of scale for me. Only temporary)

It had to be made to fit in the center of this layout. The lines seen here are where the module joins are and once permanently on display, will be sceniced to hide them. I used marine silicone sealer on a piece of glass made to the right width and length for the waterfall.

Two lengths were joined in the middle to get the height required. (800mm) 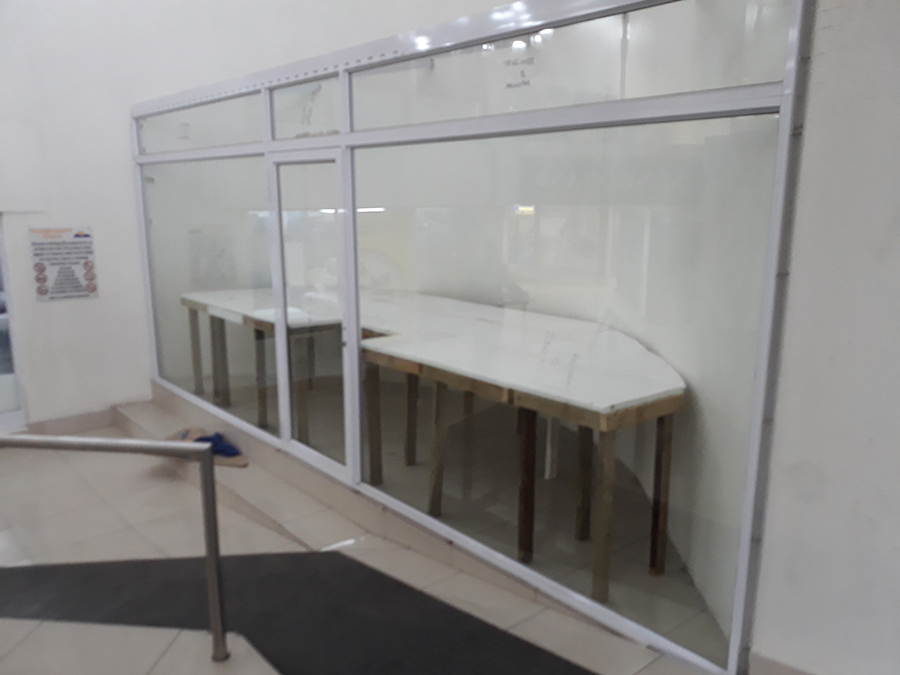 Cushion stuffing was used to create water crashing over a rocky outcrop and was glued in place with the WS water effects.

Again cushion stuffing was used at the bottom of the waterfall to creat churning water hitting the pool below. (Still to be poured with Woodland Scenics realistic water)

The cushion stuffing was then teased into shape (in my opinion) and the water from top to bottom was dry brushed with a very light blue to reflect the sky. A final layer of WS water effects was put on to give it that glossy look. (Not on the cushion stuffing)

This is the ‘n’ scale display layout almost complete before moving it to the display area in the shopping center. It is 7.3 meters wide by 2.3 meters deep at its widest point. It is of modular design to enable it to be moved into it new home.

It is run by DCC Digitrax with three controllers and is of continental prototype running steam locomotives.

This will be its final position as a working display. A total of 8 people including a 16 year old female art student who built over 500 trees for the layout which began in June.

Note:- it was not built here because of space problems. It was built upstairs in an empty shop.

A huge thanks to Bob, Thom, Cassio and Brian.

Really enjoyed putting this post together, it’s wonderful to see the updates, and to flick back to thier last post.

Hope you’ve enjoyed it too.

And for all those who want to take the plunge and get going, the Beginner’s Guide is here.

8 Responses to Bob’s swing bridge for his model railroad