David’s been back in touch with a few more pics of his coffee table train layout.

It does look rather fun:

I’ve used Peco 009 crazy track and a variety of French and German locos, japenese diesls and rail cars and Austrian coaches on the narrow gauge.

The ikea table is in my garden lounge . Need to tidy the wiring.

Visitors love it. The thing that surprises is that it works the trains run. Non railway people thinks is just a static display.

I suppose the open doors on wagons indicates that. I’ve selected wagons from Triang, made in the 1950’s which had opening doors used kadee couplings and scale wheels and weathered them. This allows the shunter to be used while the 009 trains runs.

I’m going to add lights in buildings and coaches for Christmas… locos have headlights already. 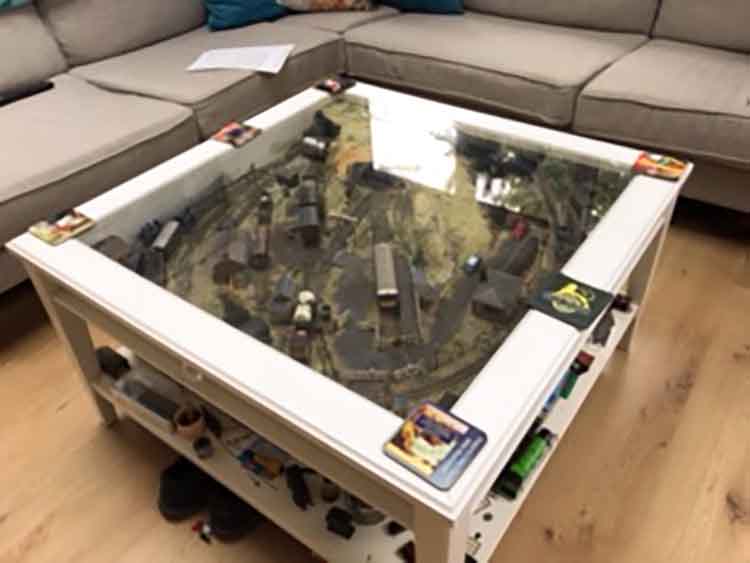 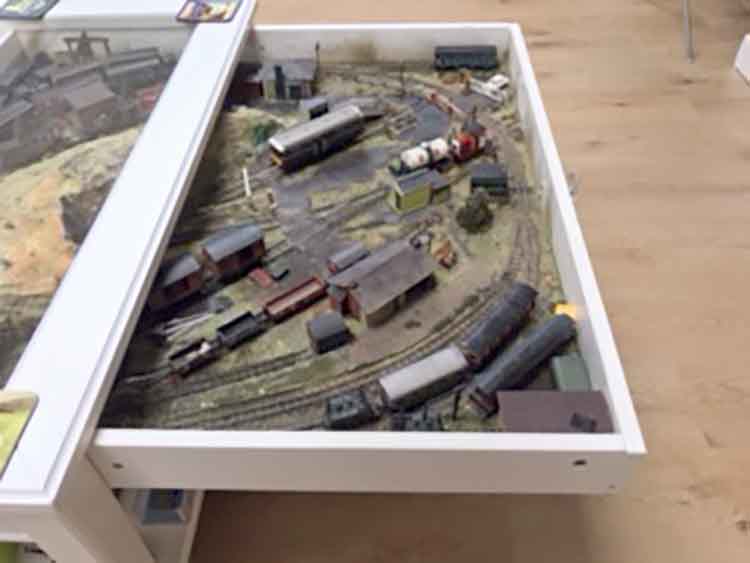 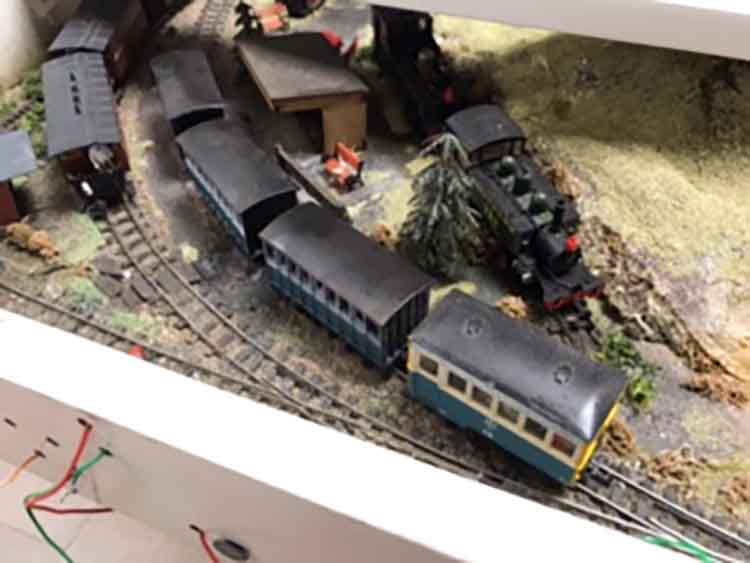 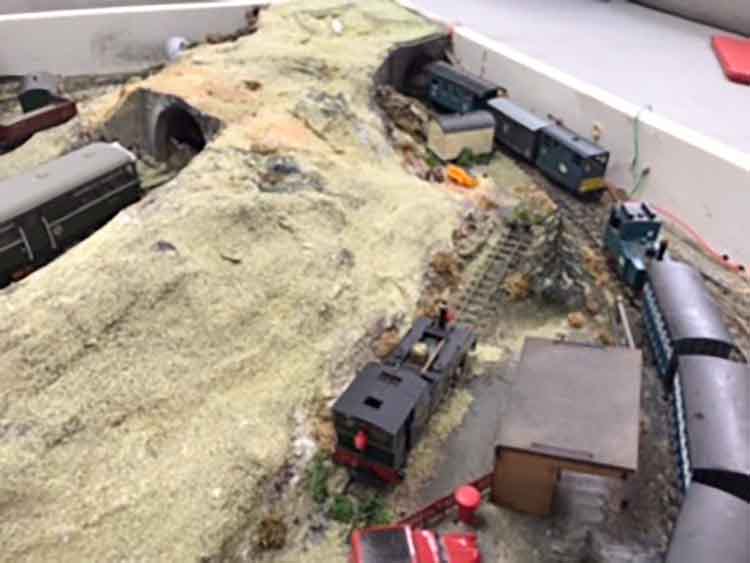 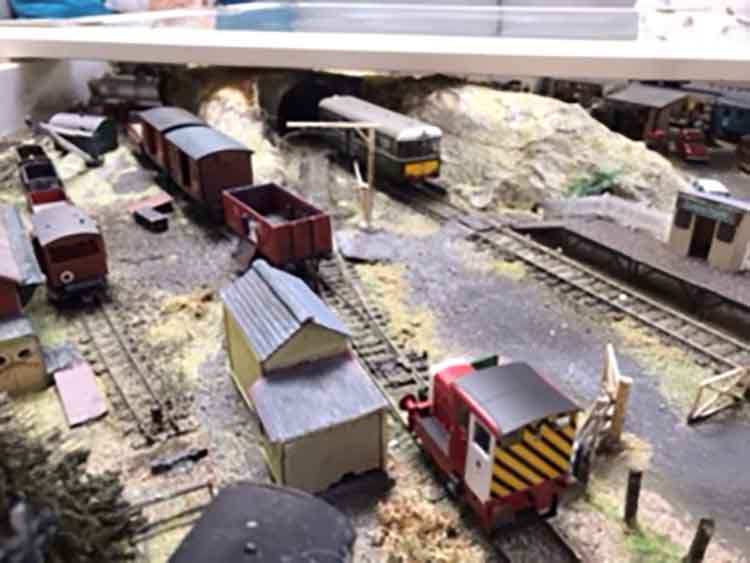 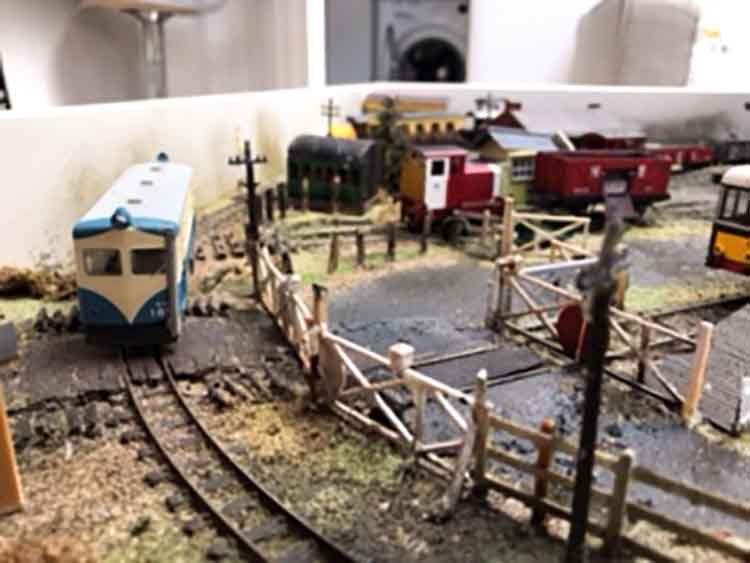 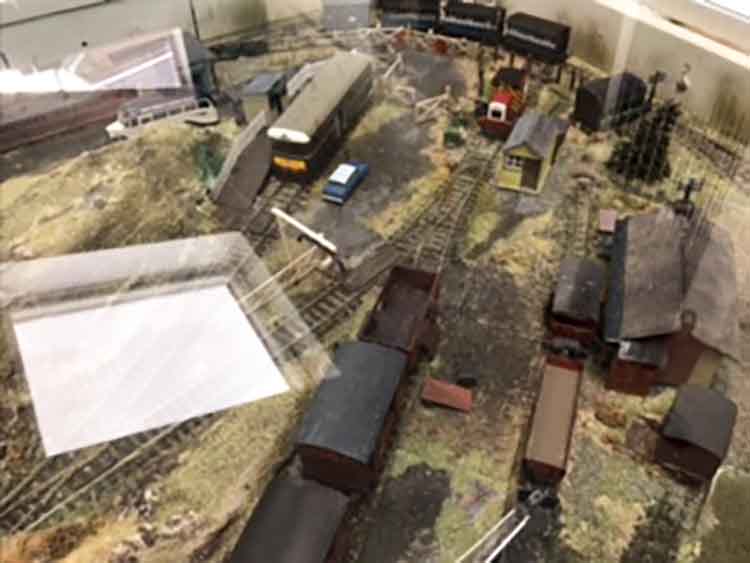 A big thanks to David for sharing his coffee table train layout.

This is a brief update.

Your recent sale of printable buildings had two shacks that caught my eye.

I’ve written twice about my HO track layout’s theme and progress, such as it is. It is loosely modeled after Pipers Lagoon and Shack Island in Nanaimo, British Columbia.

I thought the gray shack and green shack really belong on my island.

They fit very well with the other, smaller shacks along the lagoon. None are super detailed; I need a lot more practice with cardboards, sharp knives and glues.

And here they are, just before an approaching thunderstorm.

There are two views, one from across the lagoon and one showing a view from high above. 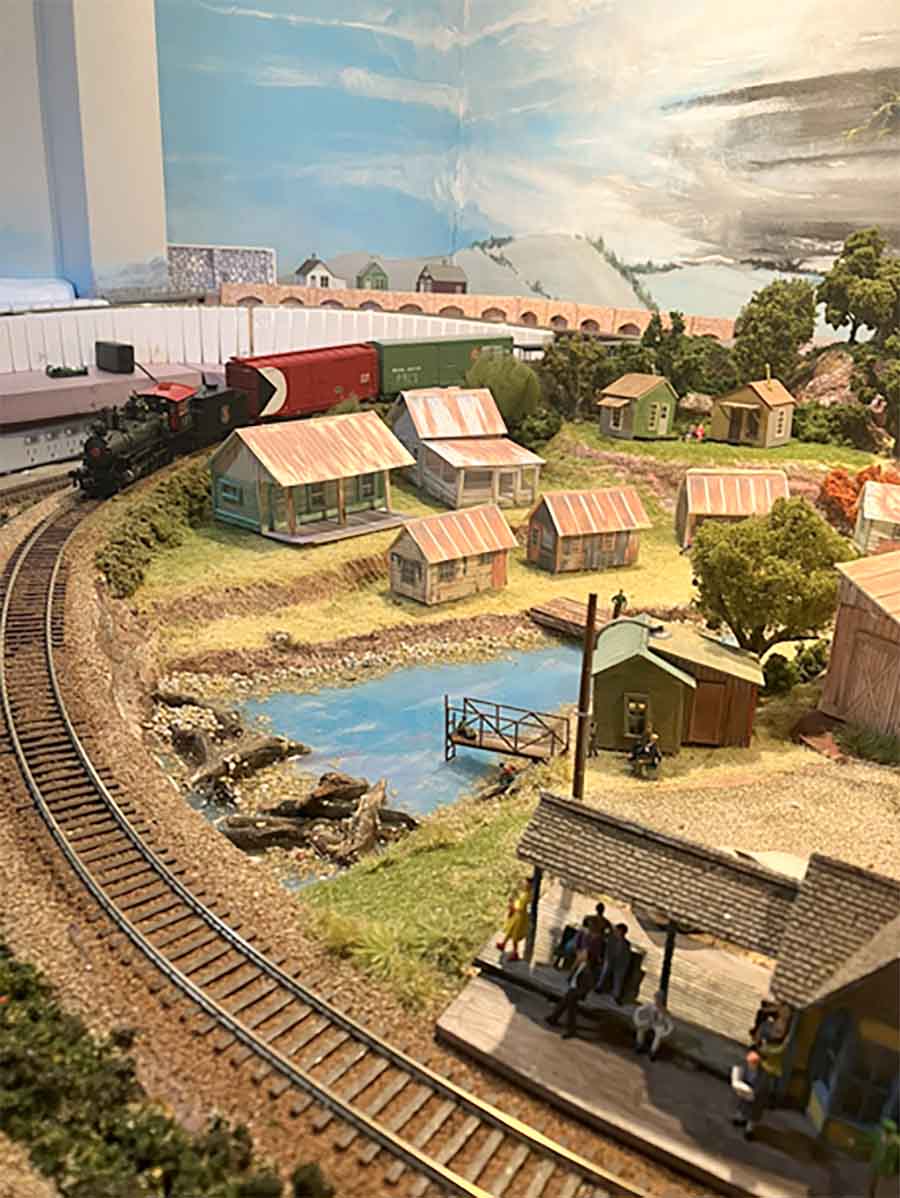 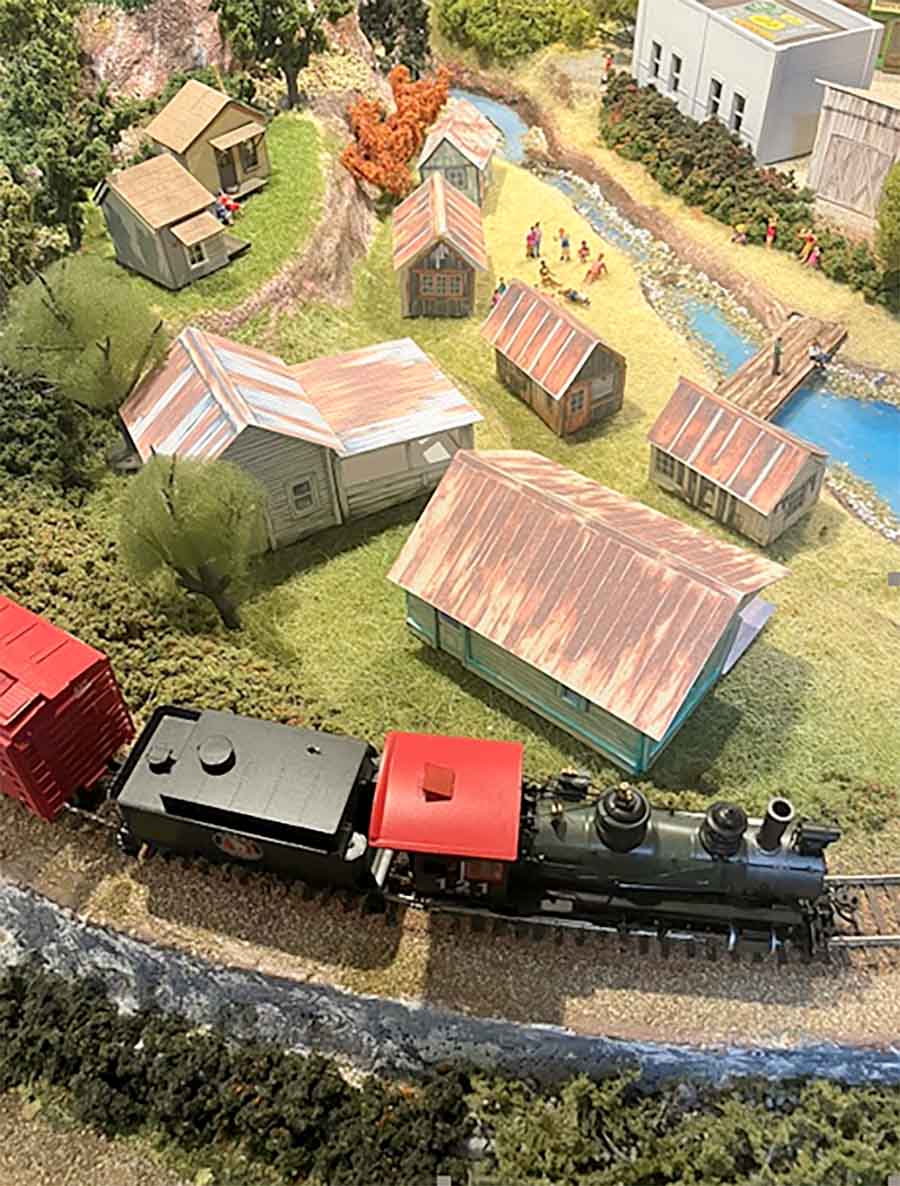 The first photo shows some expansion underway in the background, off to the left. I’ve started but have a long way to go.

I’ll claim progress is being held up because of the threat of that nasty storm!

I also need to add some landscaping and vacationers near the two new shacks and that, too, will get done someday soon, I hope.

So thanks to you, Al, for the web site you keep and the printable buildings too.

A big thanks to Jim. Of course, I’m biased, but I think they look great.

If you’re new to the printable buildings, they are a lot of fun, and once you have the downloads, you can pretty much scratch build whatever you like, or just stick to the original.

And if today is the day you get decide to have some fun and start your own layout, the Beginner’s Guide is here.