Eric’s been in touch with his HO scale town update. His layout is really taking shape now:

I mentioned in past post about ladies of the night waving down cars well that is here.

The fire in the old warehouse is getting out of control. The fire department is unable to respond due to police activity on the Westside of the building.

Then there is a little twist ….

One of the bloger followers wanted crime in the town well here it is , there was a clue in a past post photo with police cars blocking the street and officers out and with a police dog 🐕.

The talk around Town Maxville is the guy with the knife stabbed the guy on the ground and the other guy with a gun on a lady. Both may have started the fire in the vacant warehouse for profit.

I threw some extra pics of Town Maxville.

I will send YouTube videos in part 7 which will complete Town Maxville, well we will never know what else could happen.

Thank you Al and everyone that has been following Town Maxville 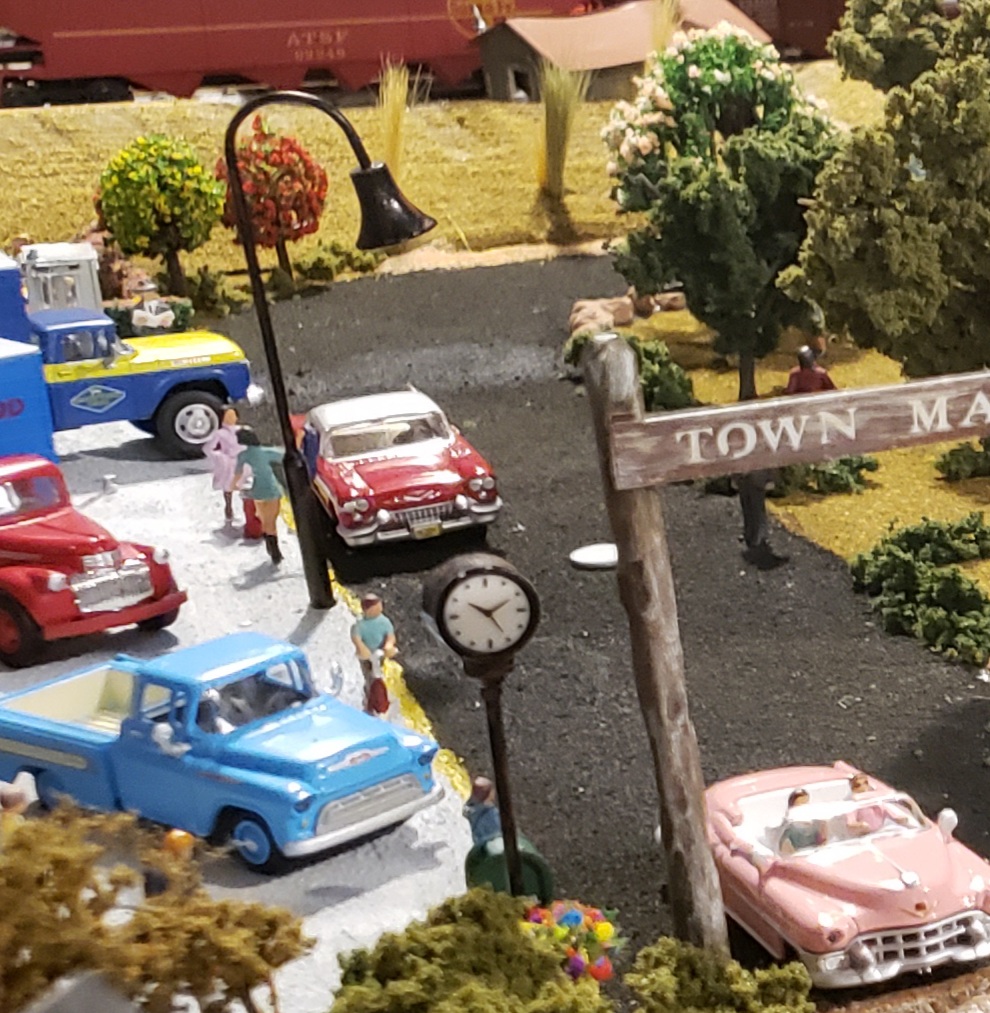 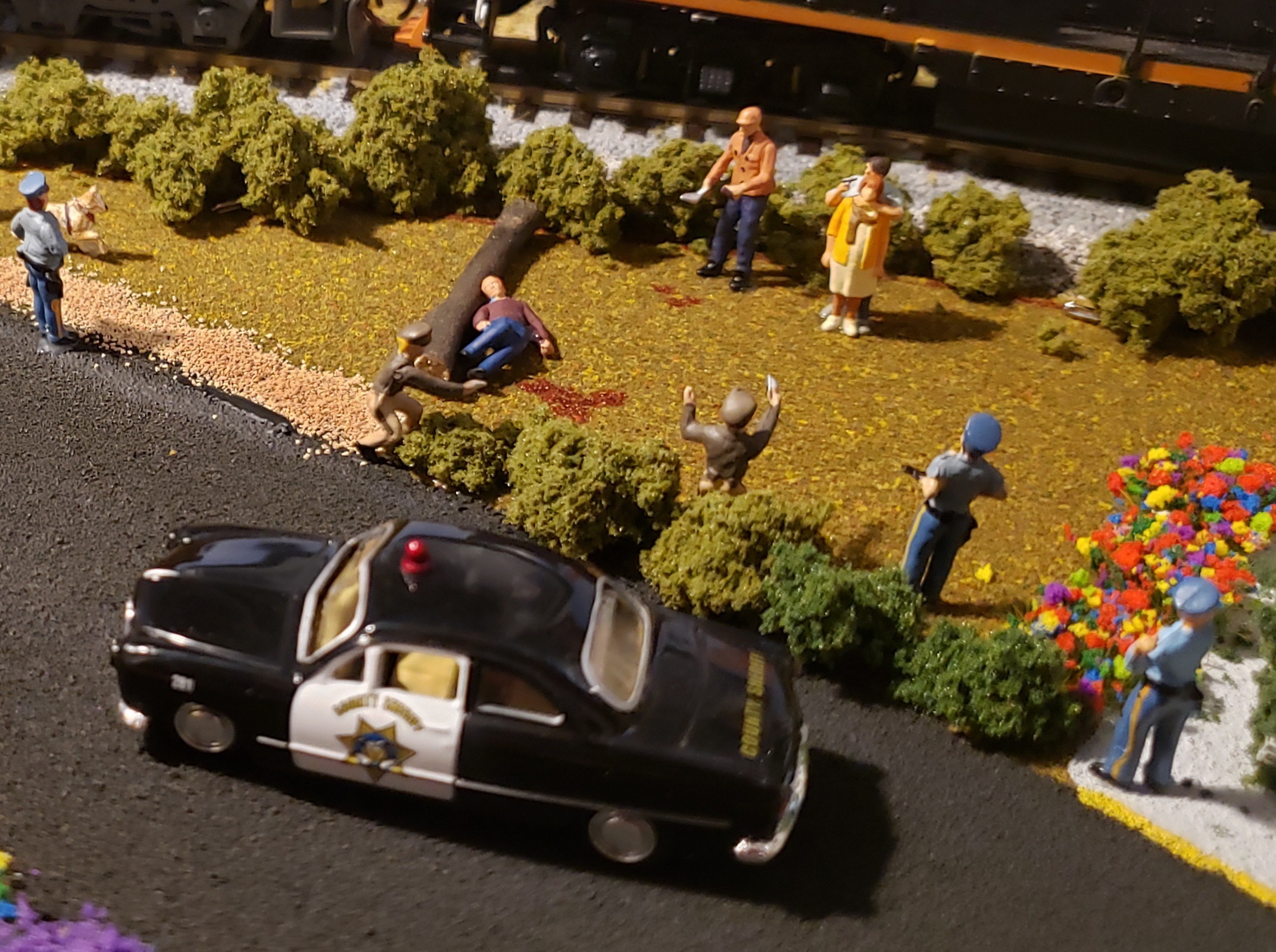 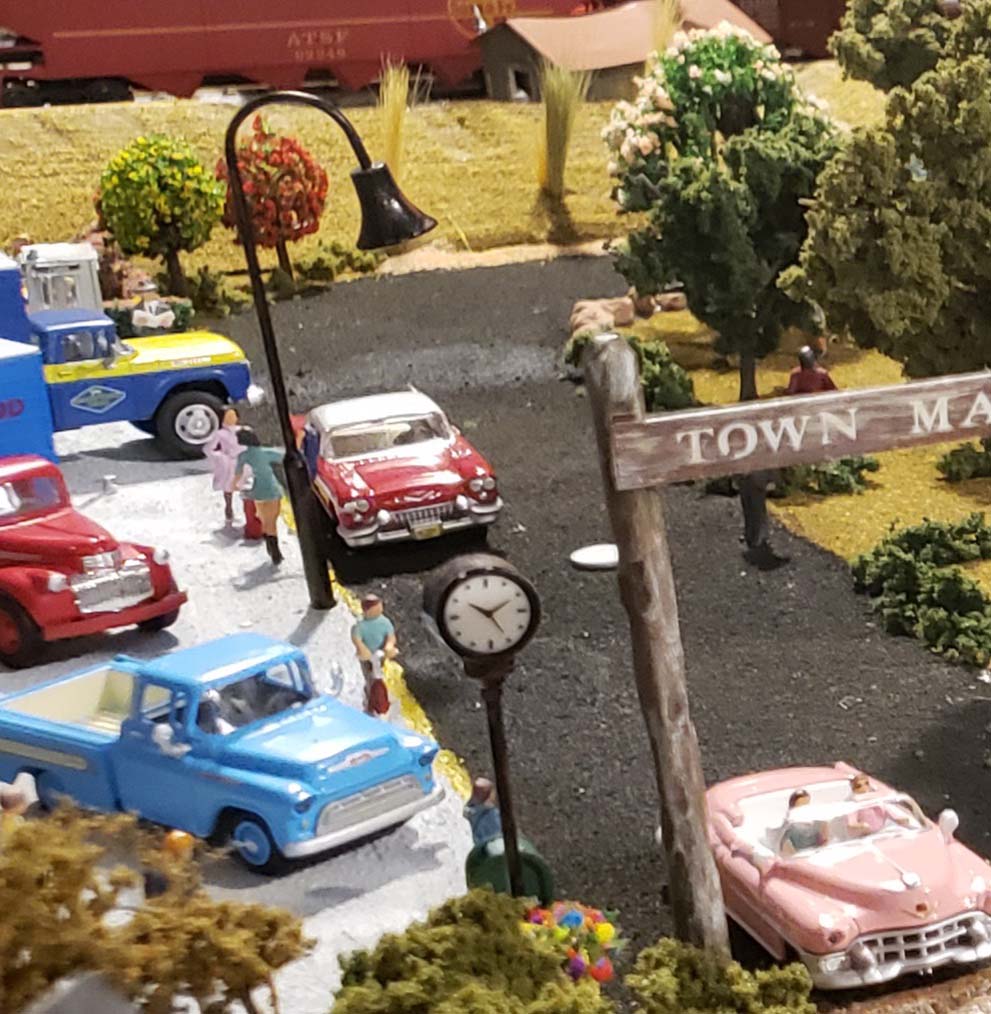 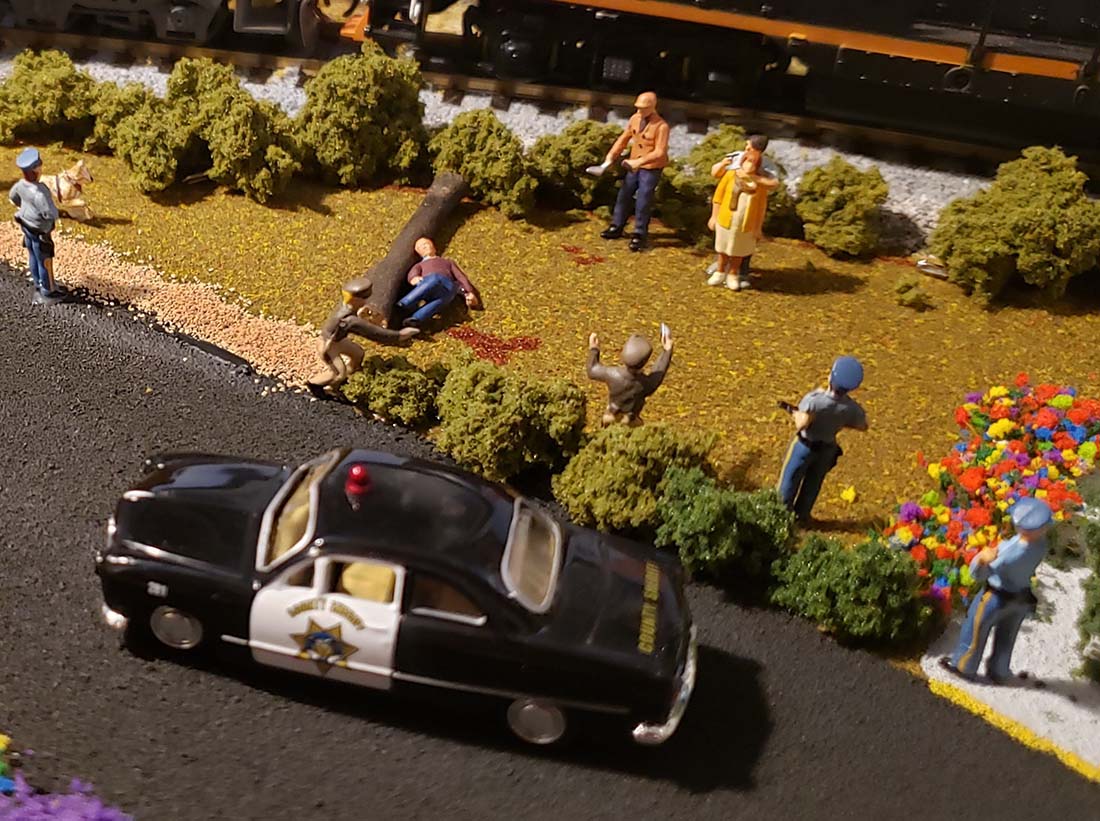 A big thanks to Eric for part – his HO scale town is looks fab.

Have a look as his first post and you really get a feel of what he’s done:

I have uploaded the long awaited video of my Heislers double headed pulling a fully loaded log train on the way to the sawmill.

I will have to get used to using the camera properly as well. It is not easy to use a tripod while following the train.

It was only after I uploaded it and watched it again that I saw that the two Heislers were running on two slightly different speed settings.

I will have to change that and do another one in the near future of them running all the way to the sawmill.

I will also do one of my two Shays double heading.

That’s all for today folks. Thanks to Eric and Brian.

And don’t forget the Beginner’s Guide is here if you wan to get going on your very own layout.