Rob’s been in touch with more pics on his European model railway:

Several weeks ago you reran an item I submitted earlier about my Swiss/German railway.

In that article there was a call for more info and additional images.

Below is the text of my next submission.

Thanks for everything you do and all your highly anticipated morning emails here in Michigan.

A little background on the St. Goar & Murren scenic railway.

My wife and I went on a vacation to Germany and Switzerland in 2009. Both of us, being of German/Swiss heritage, loved it. We’ve been back several times since.

The one thing that impressed me was the rail system and the number of people into model railroading in those two countries.

I was a model railroader as a young adult. I even had an N scale layout in my 20s. Fifty years later I decided to give it a go again, this time modeling the places and events we saw on our trips.

The rail line name is a mixture of the first town we visited in 09, St. Goar and the place we found most beautiful, Murren.

We live in the north central part of the US, Michigan, the state that looks like a mitten. Here we have large basements under our houses (I feel a bit of UK envy there) so having a larger layout is a relatively easy task.

Like most things in my life, I decided to do things organically, adding in sections and areas as the mood suited.

Yes, I do envy the great track planners I’ve seen on this site, it’s just not me. Most of the track is HO three rail, so that standard and narrow gauge trains can run on it. Europe has a lot of three rail. The best place to see it in the US is Colorado.

It is DCC with the layout lighting being powered off my old dc transformer. I’m not much of an engineeer and rolling stock collector, preferring to work on buildings and scenes. But I’m feeling the tug of a desire to run trains especially after seeing so many Dangerous Dave videos.

This installment deals with an addition to the main layout of a wing containing a helix, a flattened hill and an open gorge area.

I decided to add the wing because my wife asked what that open area of basement was going to be used for, and because my chief structural engineer: Ed (the guy with all the power tools) is getting into his mid 80s.

Since time waits for no man, I got Ed to add on the basic table wing. It’s shown in the first picture at the end of the current layout table by the shelving unit.

The next few photos show the beginning of the helix install, the open gorge hole and some of the beginning plaster and shaper sheet work.

I added in a river with rocks from the local golf course. Also added two streams that will run under the main bridge. Then placed a small Swiss village on the upper valley side with winding paths.

I included a couple images of the mostly finished product (I know, nothing is ever finished on a model railroad) one showing a classic steam train with 19th century coaches on a rail fan holiday outing going over the bridge.

Then I added, to the left of the gorge, a farm scene that resembled one we viewed near the Matterhorn in 2019. I was amazed how the cows can just scamper up those hillsides.

The following pictures show the base for the hill and tunnels, interior superstructure, and the area with plaster cloth on it. Then the nearly completed farm main buildings from the side, as well as an end view.

Then to the left of the farm, down the hill toward the city, I added an archaeological dig (my oldest daughter is an archaeologist) of a Roman villa, note the tiled floor they uncovered. And yes, UK readers, those are Time Team logos from the famous long running TV show. I think, Mick Aston and Tony Robinson are there somewhere, along with my daughter.

My next idea, at the opposite side of the layout, is a city extension with the entrance to Octoberfest.

A special thanks to all the others who post on this site for their unending inspiration, and to Al for all his hard work. Ok, a tip of the hat to Dangerous Dave, for all his wonderful videos!

Please let me know if you need anything else or have any questions. 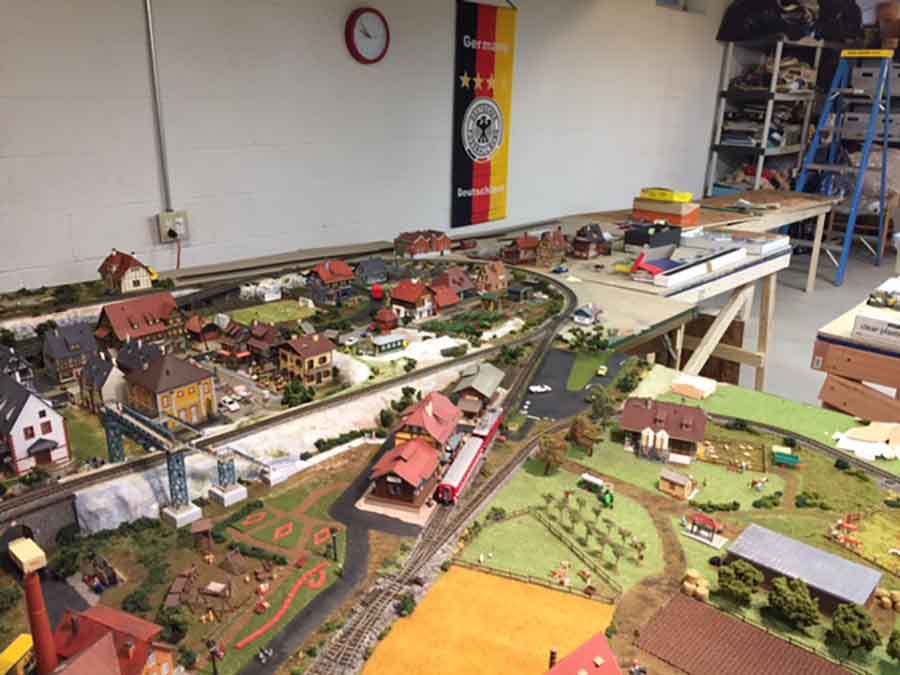 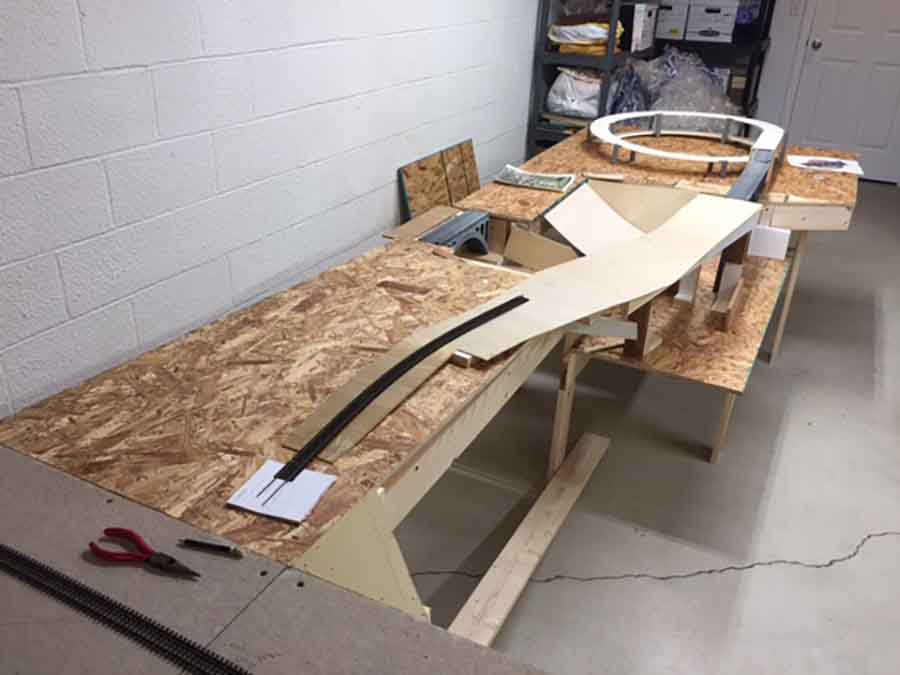 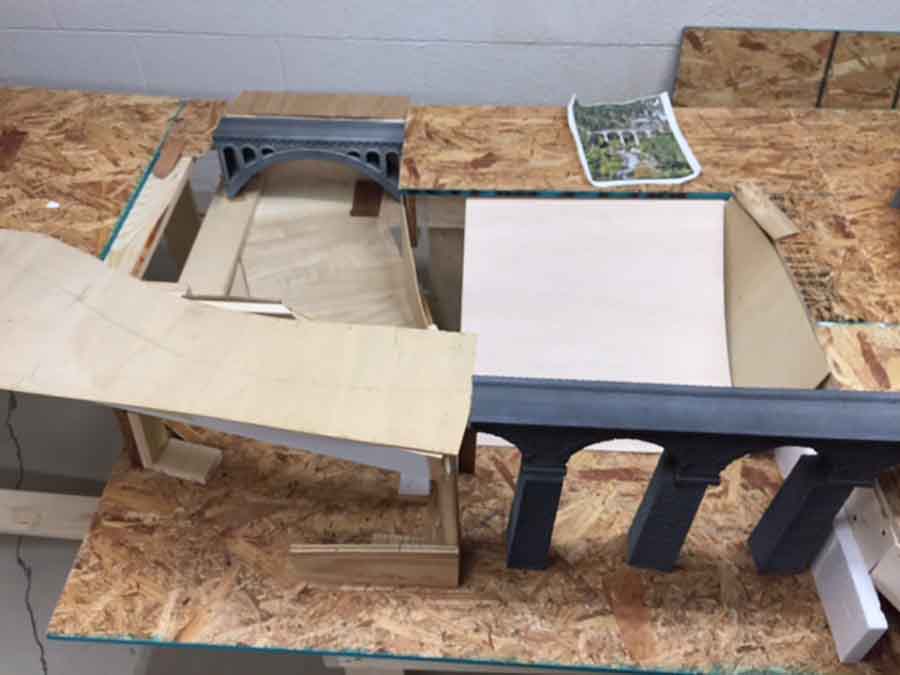 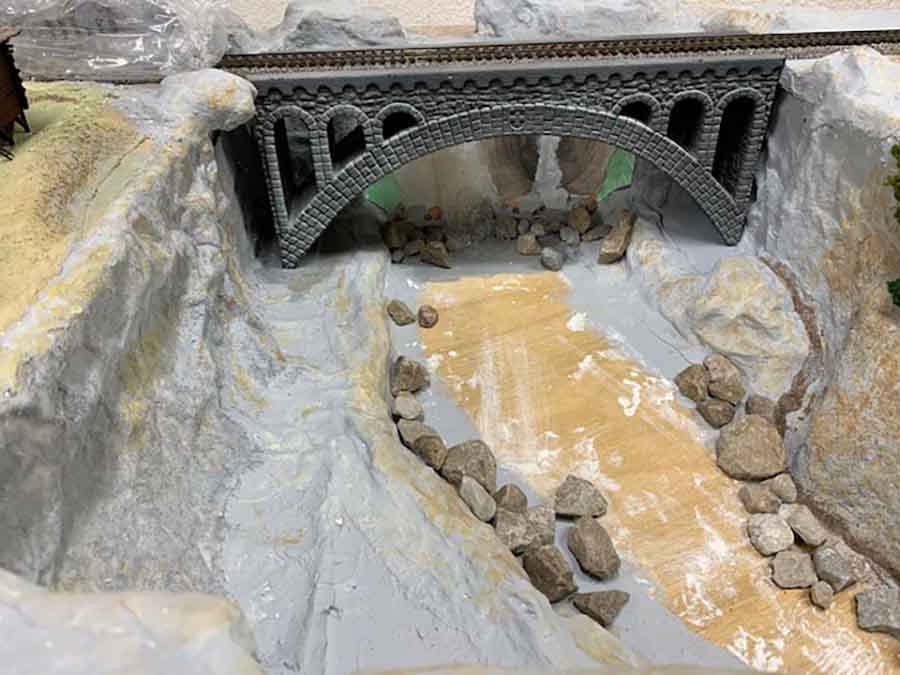 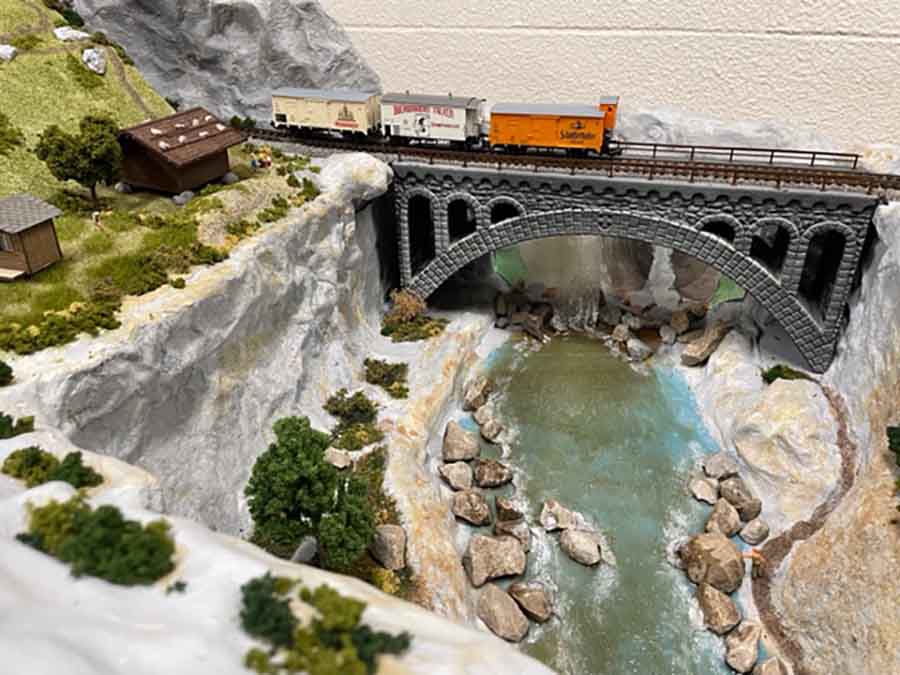 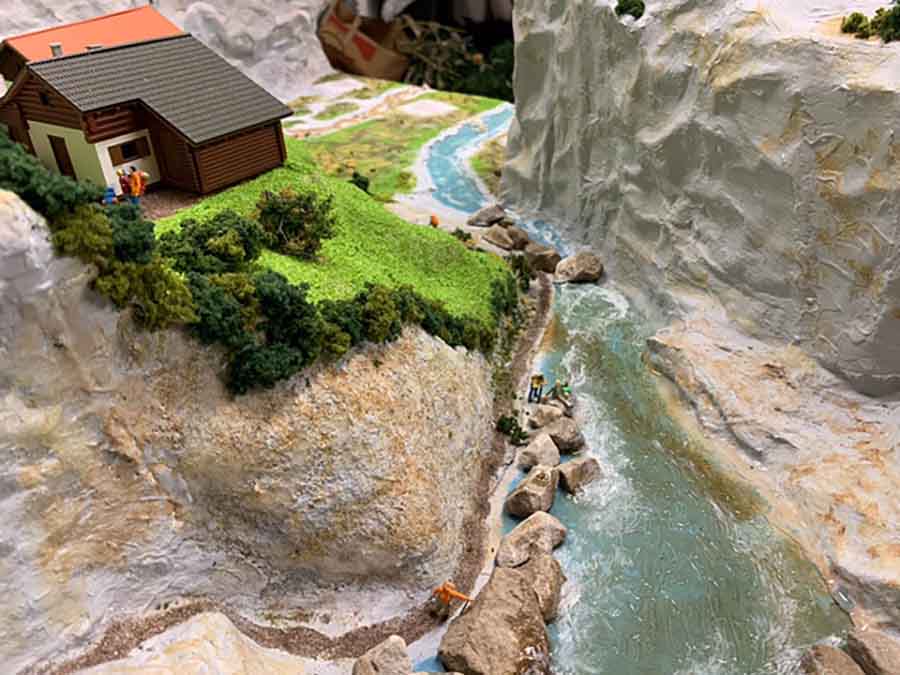 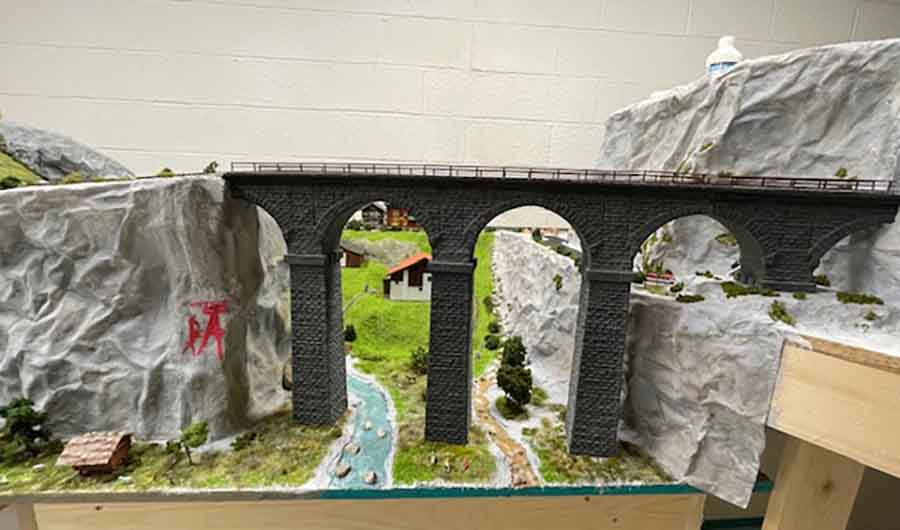 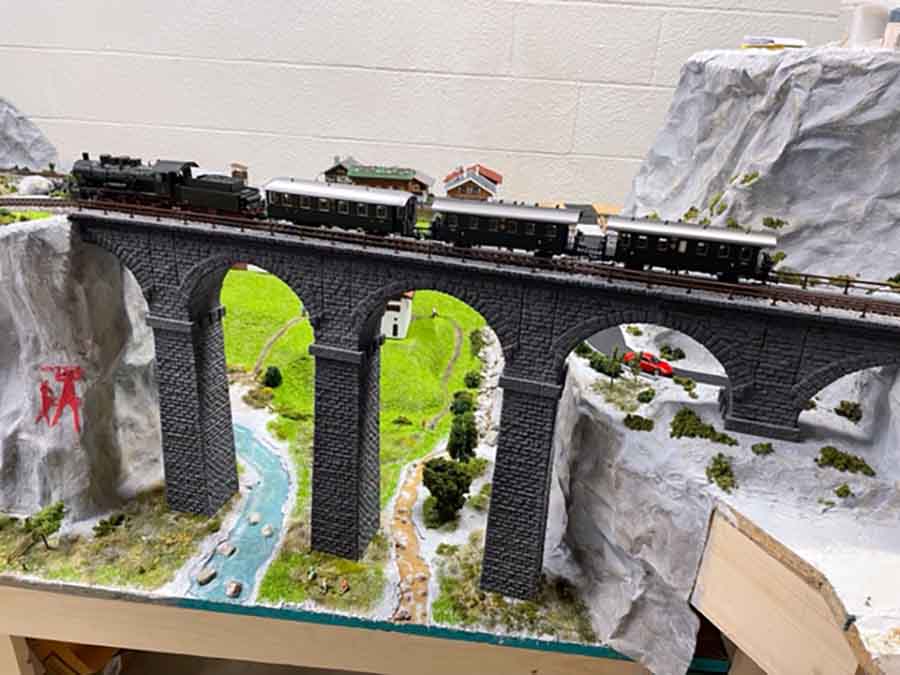 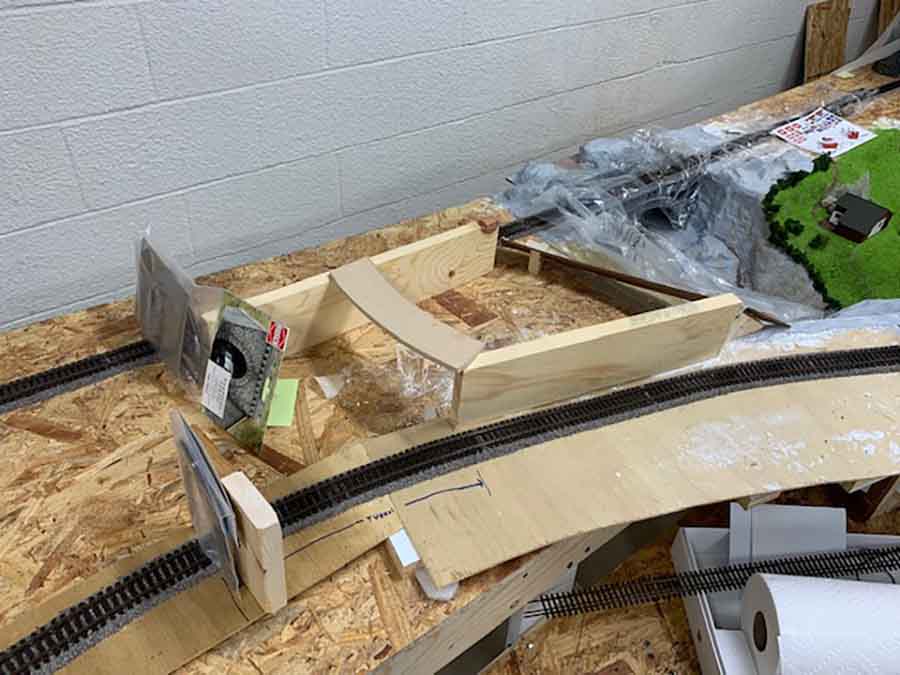 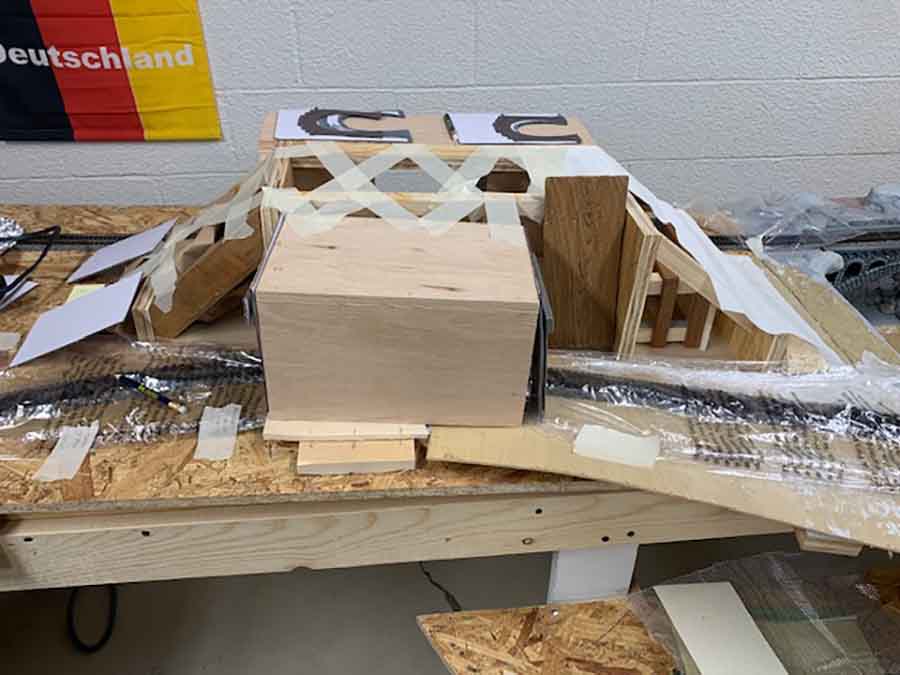 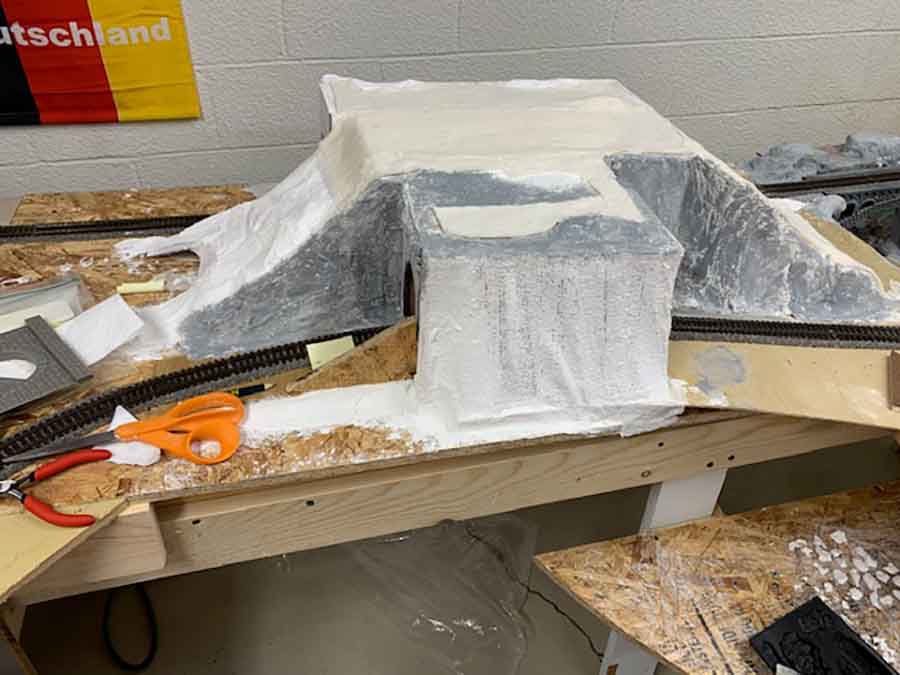 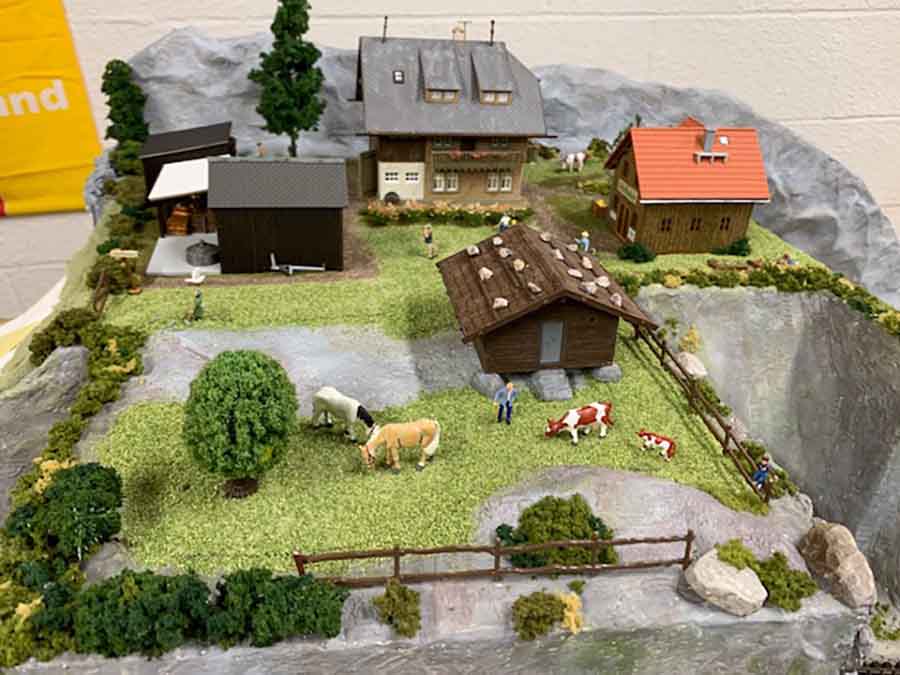 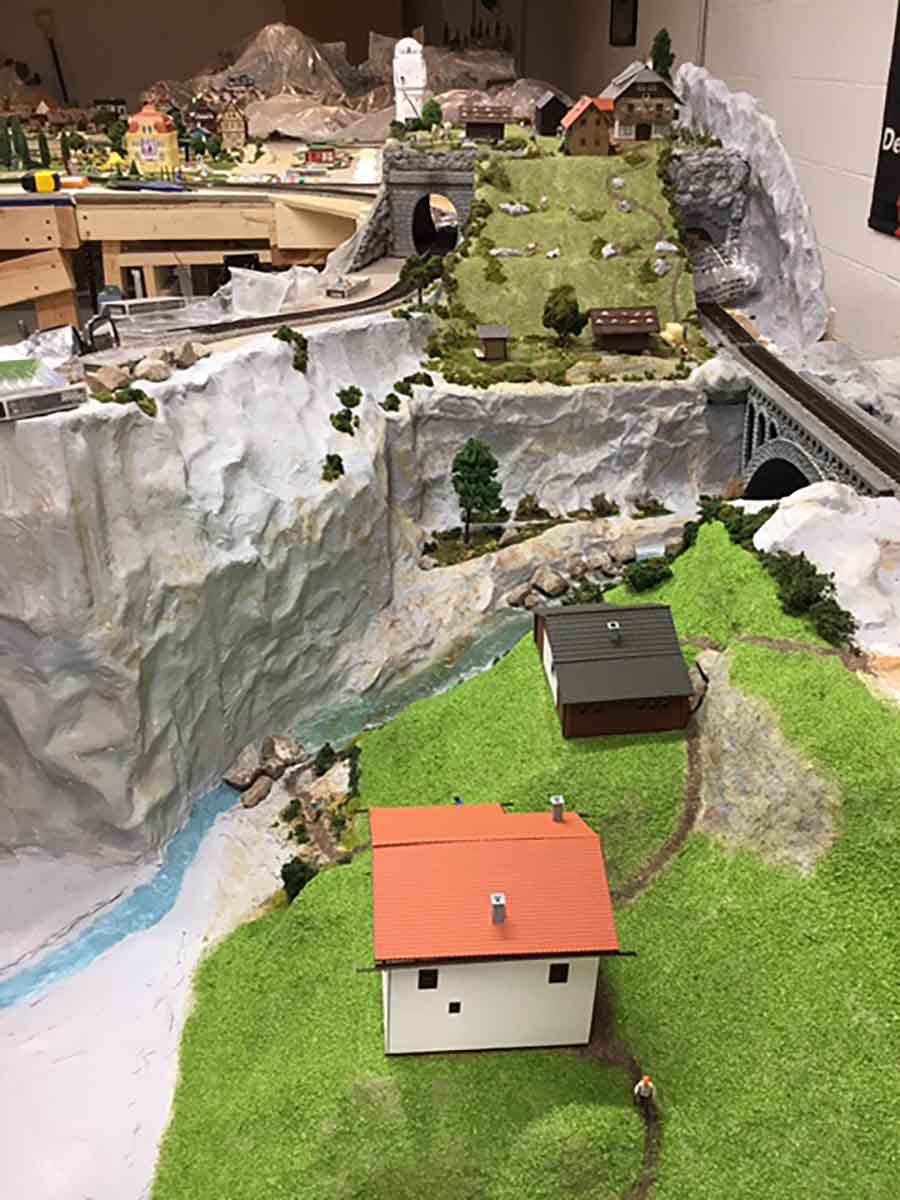 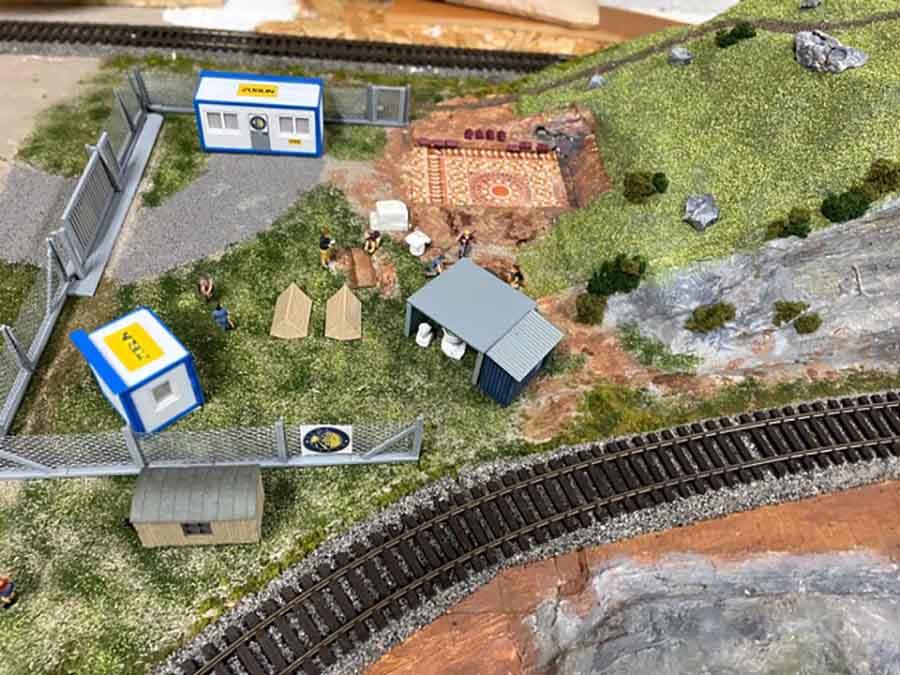 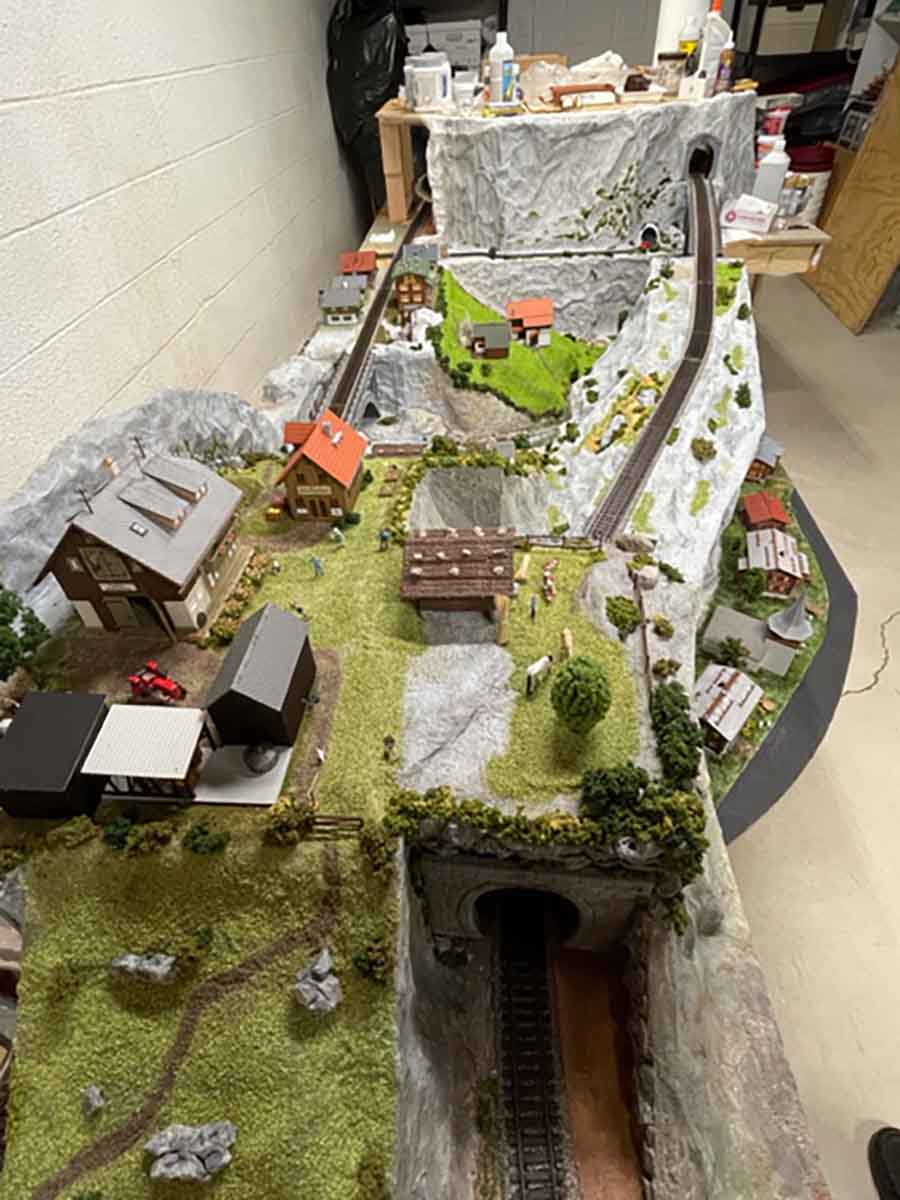 A big thanks to Rob for sharing his Eurpoan model railway.

I’m always banging on about making a start. But a close second would be ‘pick a theme’.

I love what Rob has done with his theme – he’s really made his layout ‘his’, and I thought adding the ‘Time Team’ TV show was the icing on the cake.

It’s funny how just the simplest of references to your own life and experiences add so much to the enjoyment of a layout.

That’s all for today. A huge big thank to you Rob – I really enjoyed his narrative and pics.