Heather’s been back in touch with a HO layout update.

There is no stopping them, as you’ll read:

Well we are still at this house no word yet on what is going on so we got back to doing the HO layout.

We touched up some of the first stage then got onto the next part.

Jason has just added the table section B to A on the leg at the bottom so we can move over to there & finish off section A.

As you know we are not trying to do any special places just happy to go with a HO layout from our heads & love what we have done.

We are however still trying to work out some power problems & set up but we are working on it as it is all a learning stage for me in the wheelchair & Jason trying something for the first time.

We don’t know a darn thing about what we are doing but loving it as we go.

Jason was doing a section for power supply for the town so to speak & he could not get any braces in to hold it while glue set. 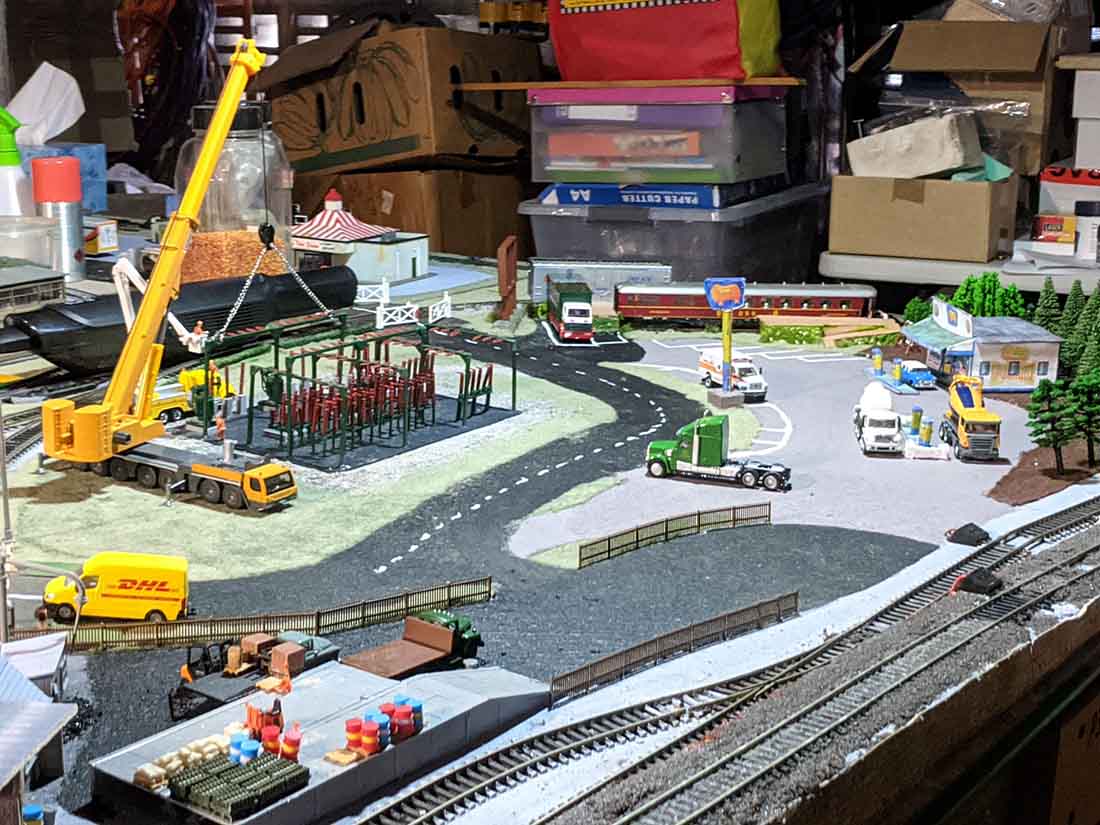 I don’t think he did a bad job at it setting the crane up ect while I worked on the servo area.

We have a truck fuel area with the cars back at the servo itself we were going to put it behind but found we are not wide enough to do it that way.

When I was driving a rig myself jason’s father had his own trucking business when I met him need I say more.

Anyway I took it from the memory I had from being on the road & put our little twist to it as Jason wanted a cafe somewhere so we added it in here with an old carriage.

We don’t have a truck stop here I wanted because of lack of room, but we do have one up the road near KFC & they have toilet blocks there too.

Jason has his farm near there & that is it for section A, as B is working around his cattle yard.

It’s up to me to lay tracks & I have to split them to fit the rest of the lay out.

The rest of the lay out to go on will be the airport, the dock area, the cattle yards & back to town ?????

I am trying to think how it’s going to go, ok, ha ha ha ha we have it drawn up & in our heads but that does not mean anything as we change it all the time.

I don’t fix anything down I just lay it out & change it as I go to suit the trains & loads that will be running over it to my liking – then Jason tack’s it down or moves it.

Camera is not working at moment so can’t give you a running shot of it all but here are a couple of the area at the bottom section we are nearly finished. 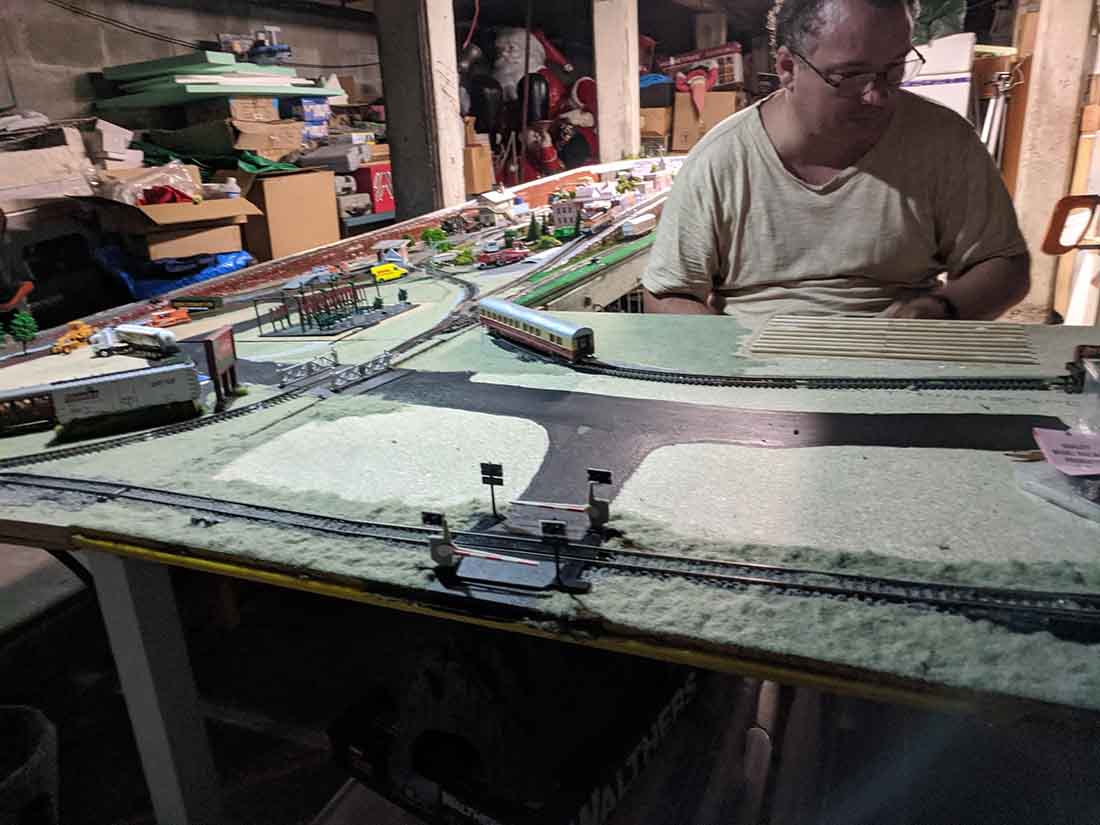 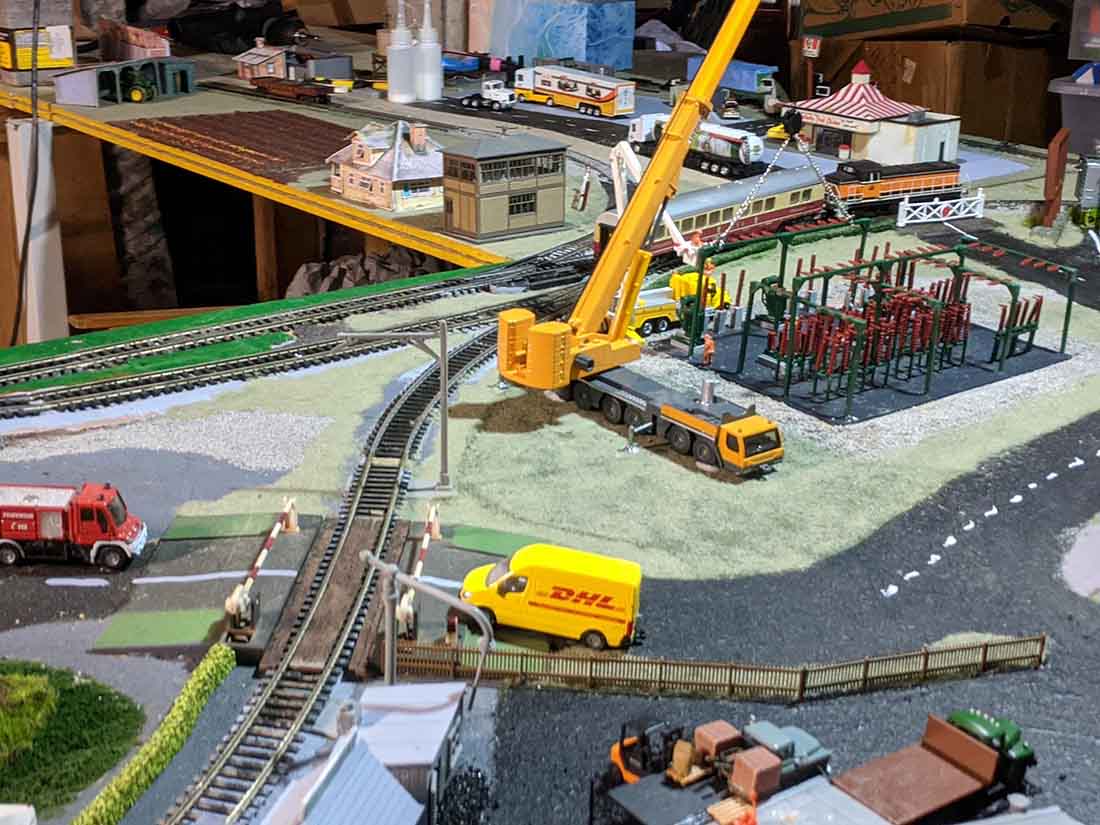 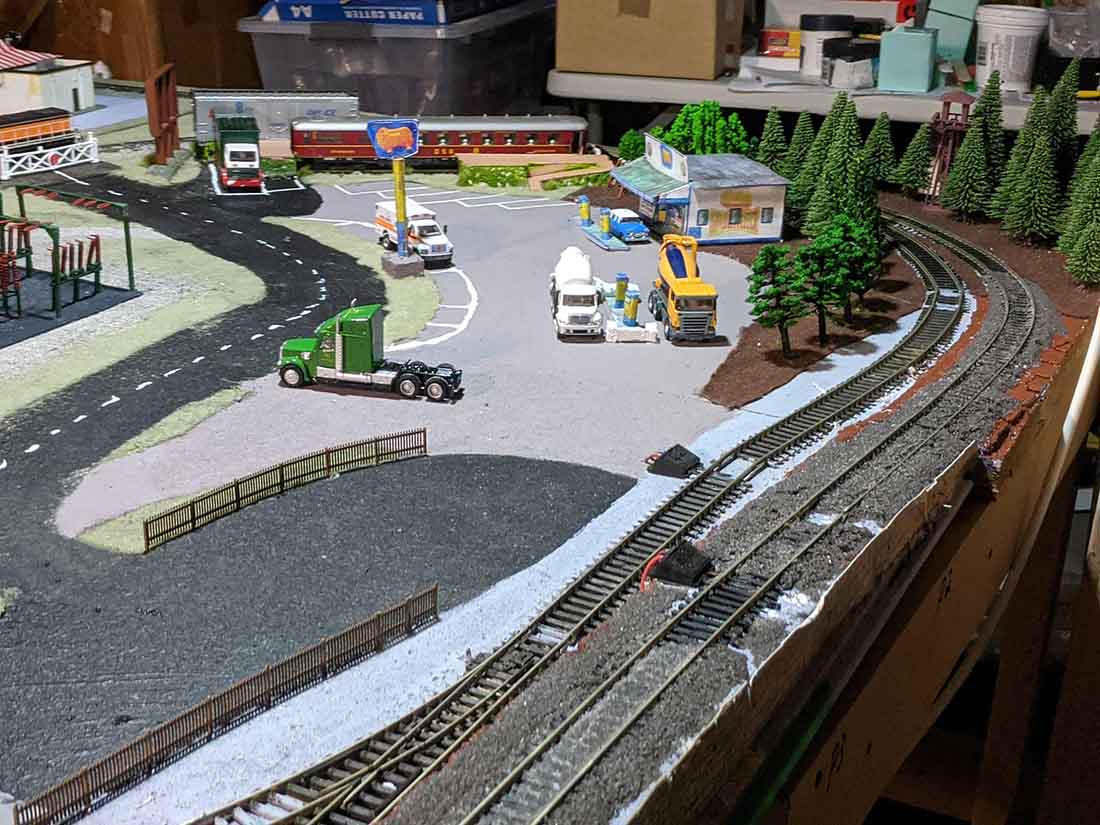 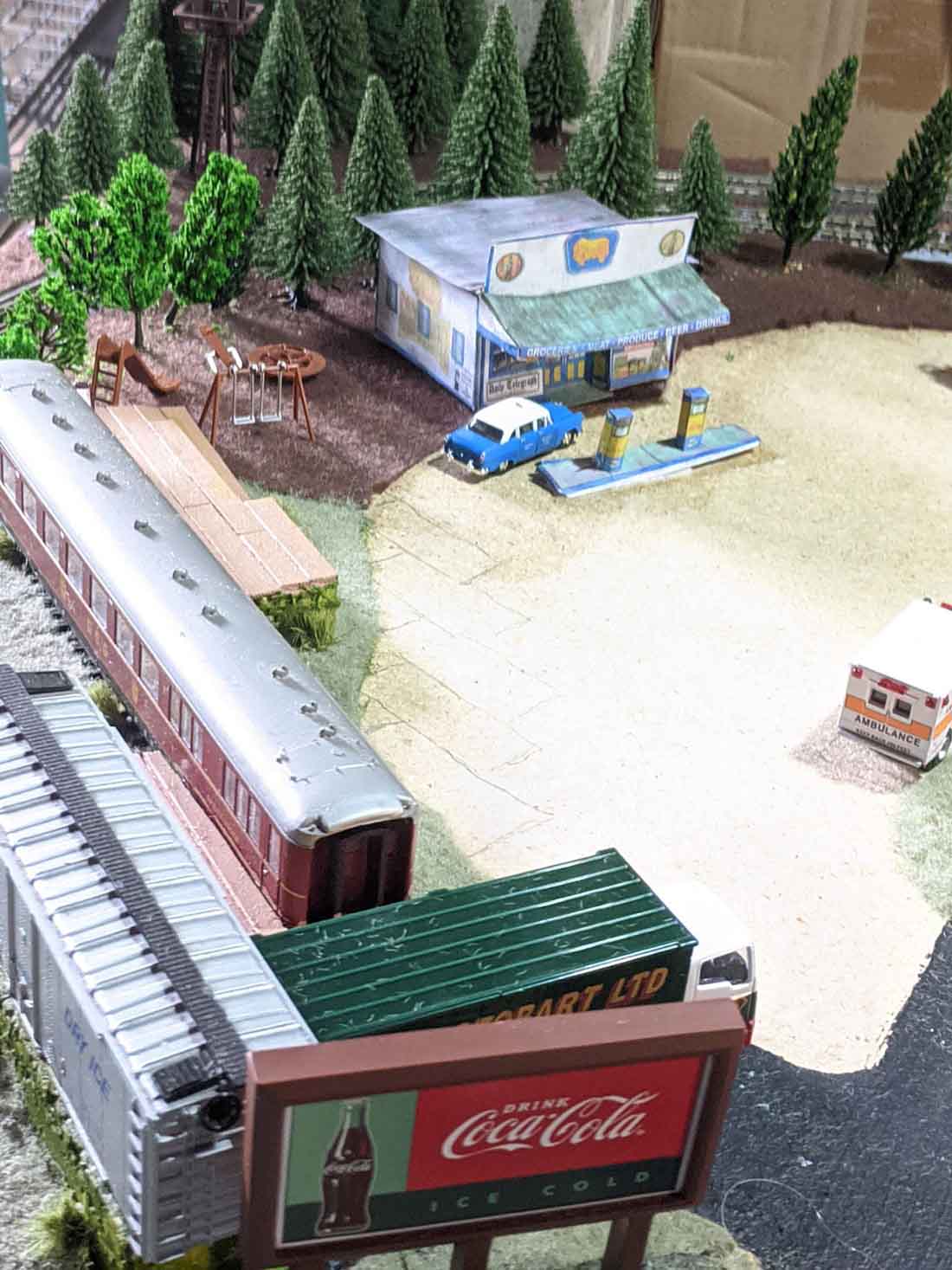 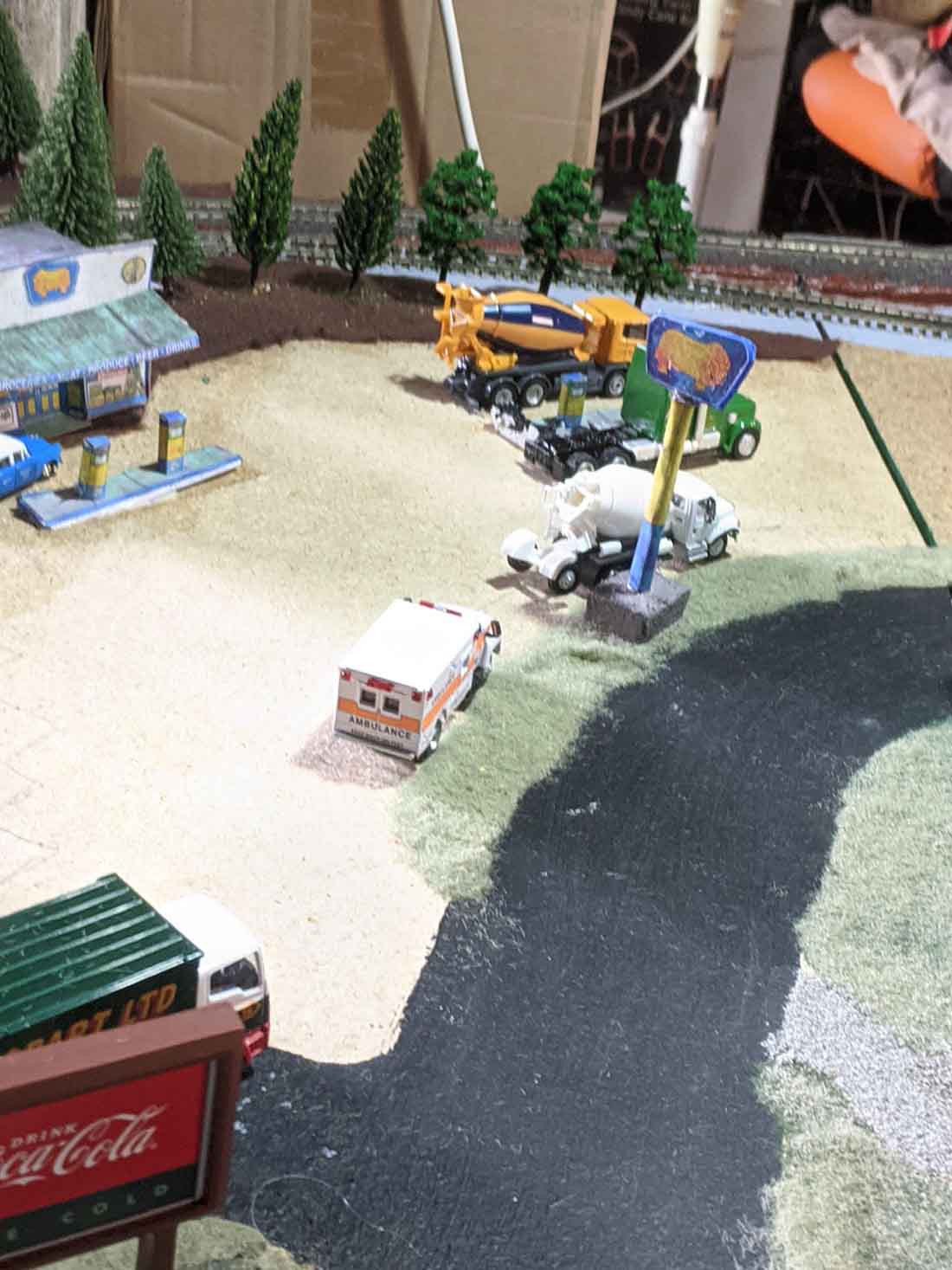 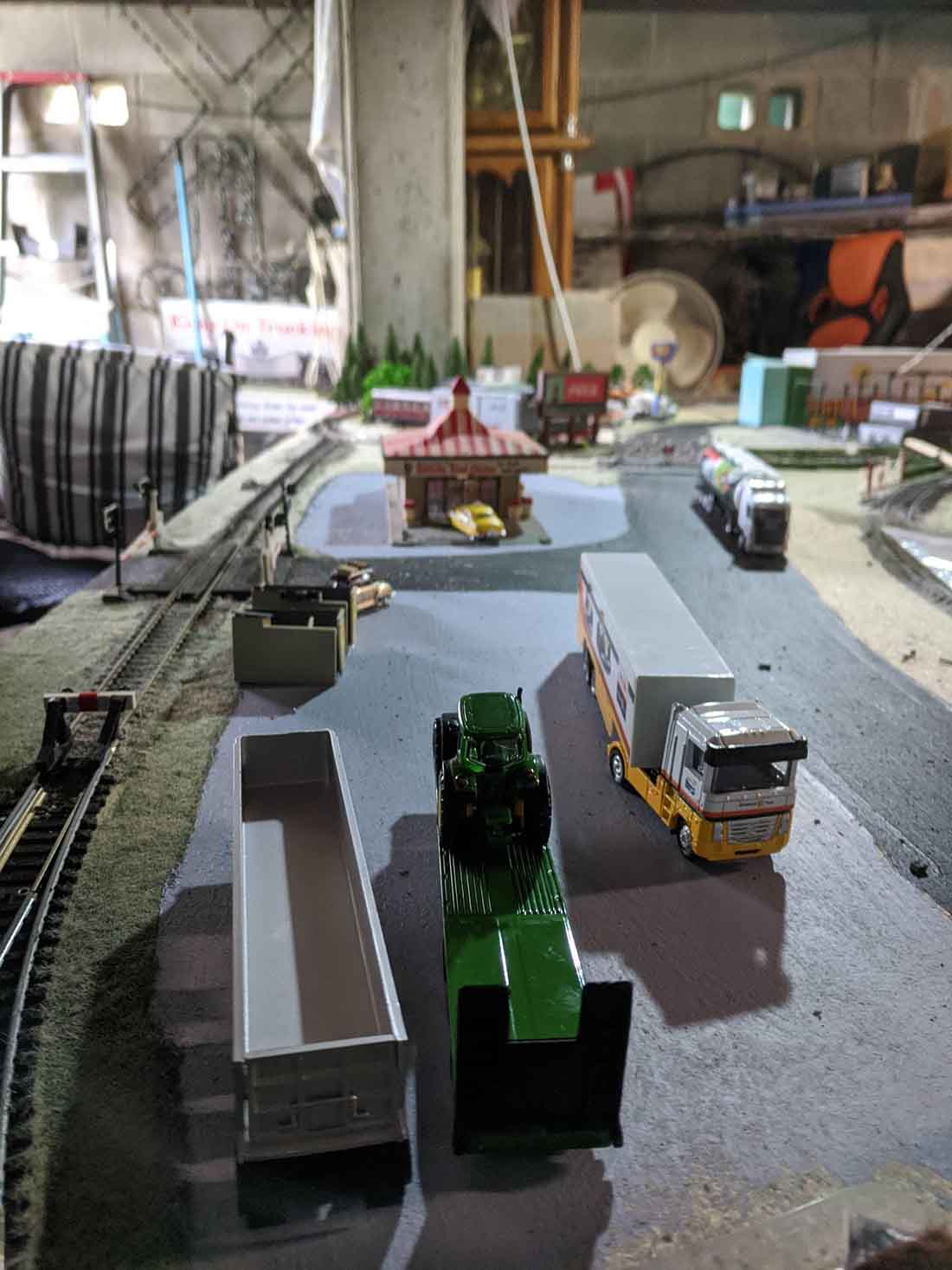 I do admire the way Heather and Jason jumped in feet first with their layout.

Even with a looming house move they have cracked on.

This line in Heather’s narrative says it all:

That’s the wonderful thing about a layout. There are no time scales. It’s always there for you whenever you have the inclination.

And best of all, they are a lot of fun.

There’s no right or wrong way to create one.

Jumping in or weeks of prior planning are both valid routes.

So let’s look at both options.

Another ‘jumper-in’ is Wayne and his HO layout – and I absolutely love what he’s done. 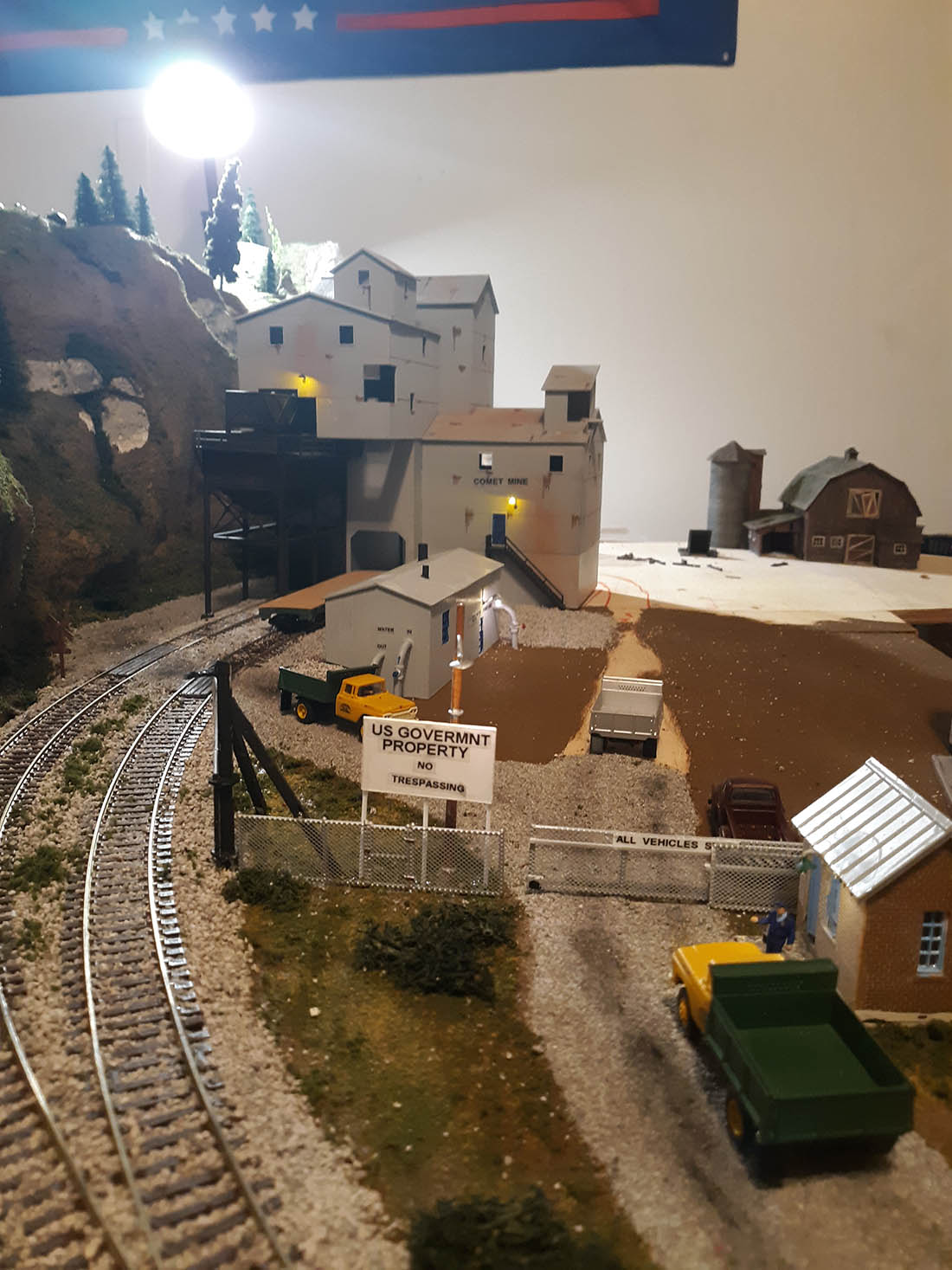 It just goes to show, it doesn’t matter whether you are a feet-first-jumper-in, or a meticulous planner, both work.

But saying that, they still both on hinge on one simple point: making a start.

Are you a jumper in or a planner? Please leave a comment below, would love to hear your thoughts on this one.

And if today is the day you decide to stop dreaming and starting doing and join in with the fun, the Beginner’s Guide is here.