Rod’s been back in touch with his HO scale electric trains off the coast of the med:

My wife reminded me recently that the new ipad she gave me for my birthday has a decent camera on it so I had to try it out on the layout, which is otherwise unchanged.

The bulk of the ipad limits the range of views you can get compared to my little digital camera, which can get under and between things, but the depth of field is amazing.

Here are a few pictures:

A push-pull diretto hauled by an E646 3kV electric train passes through the headland tunnel at Cervo St Bartolomeo and heads west along the coast of the Med (first picture).

…and finally leaves town under the Via Aurelia bridge (third picture) en route towards Ventimiglia.

Finally, going the other way, an E444 hauling the ‘Riviera dei Fiori’ through service from Nizza to Zurich via Milano, leaves the station past the 3kV substation while a family from the old crossing cottage tend their vegetable patch. 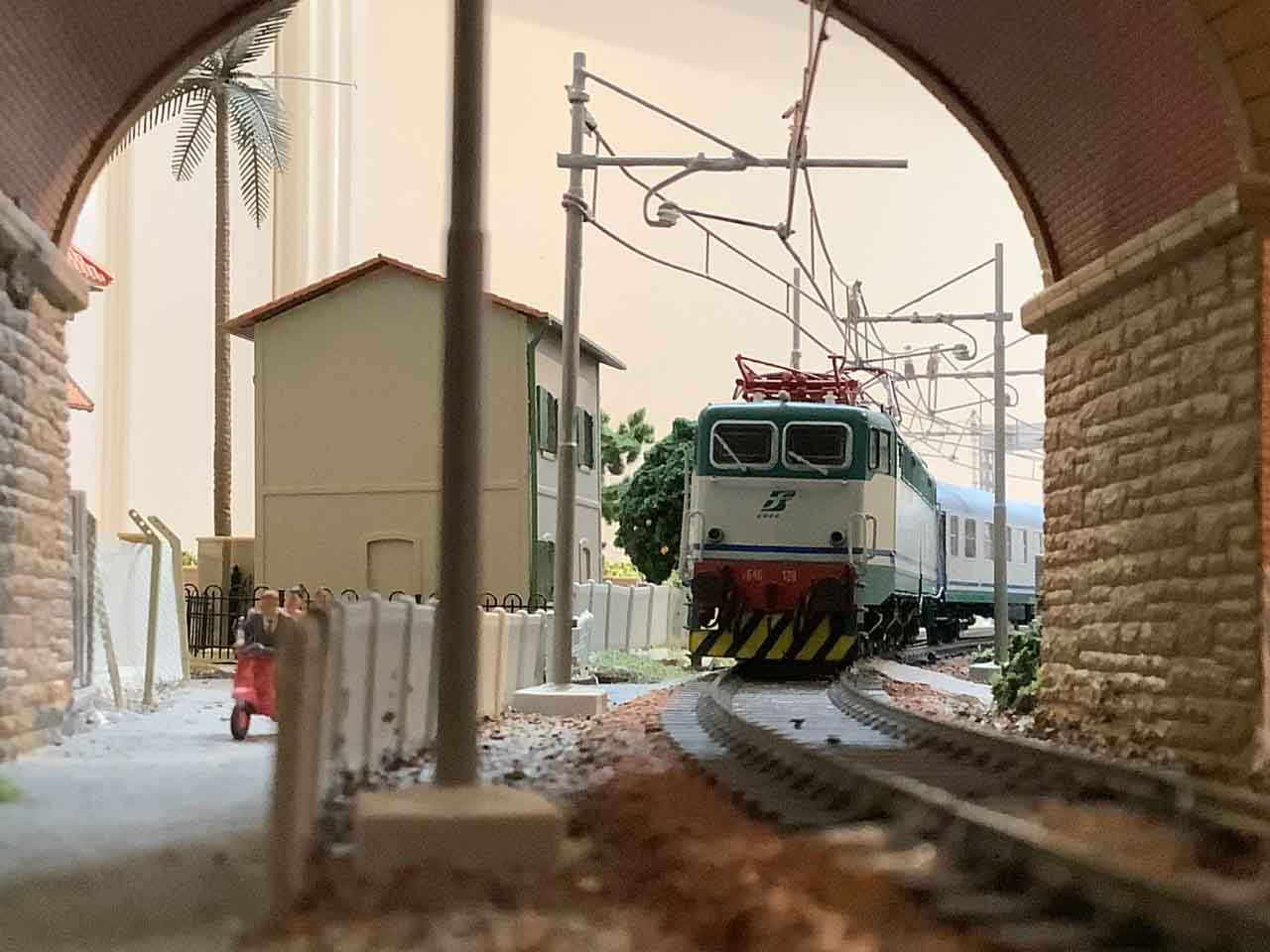 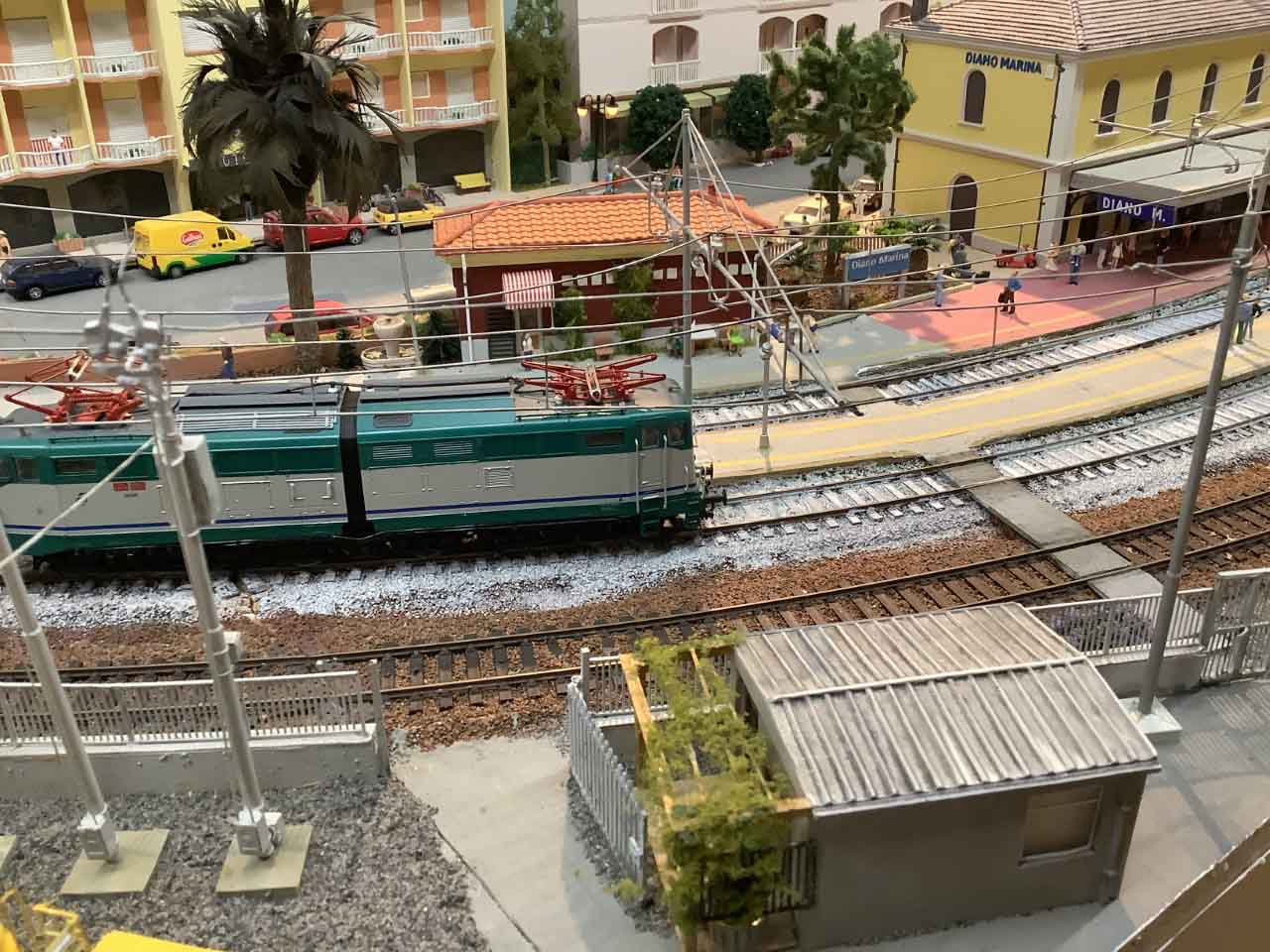 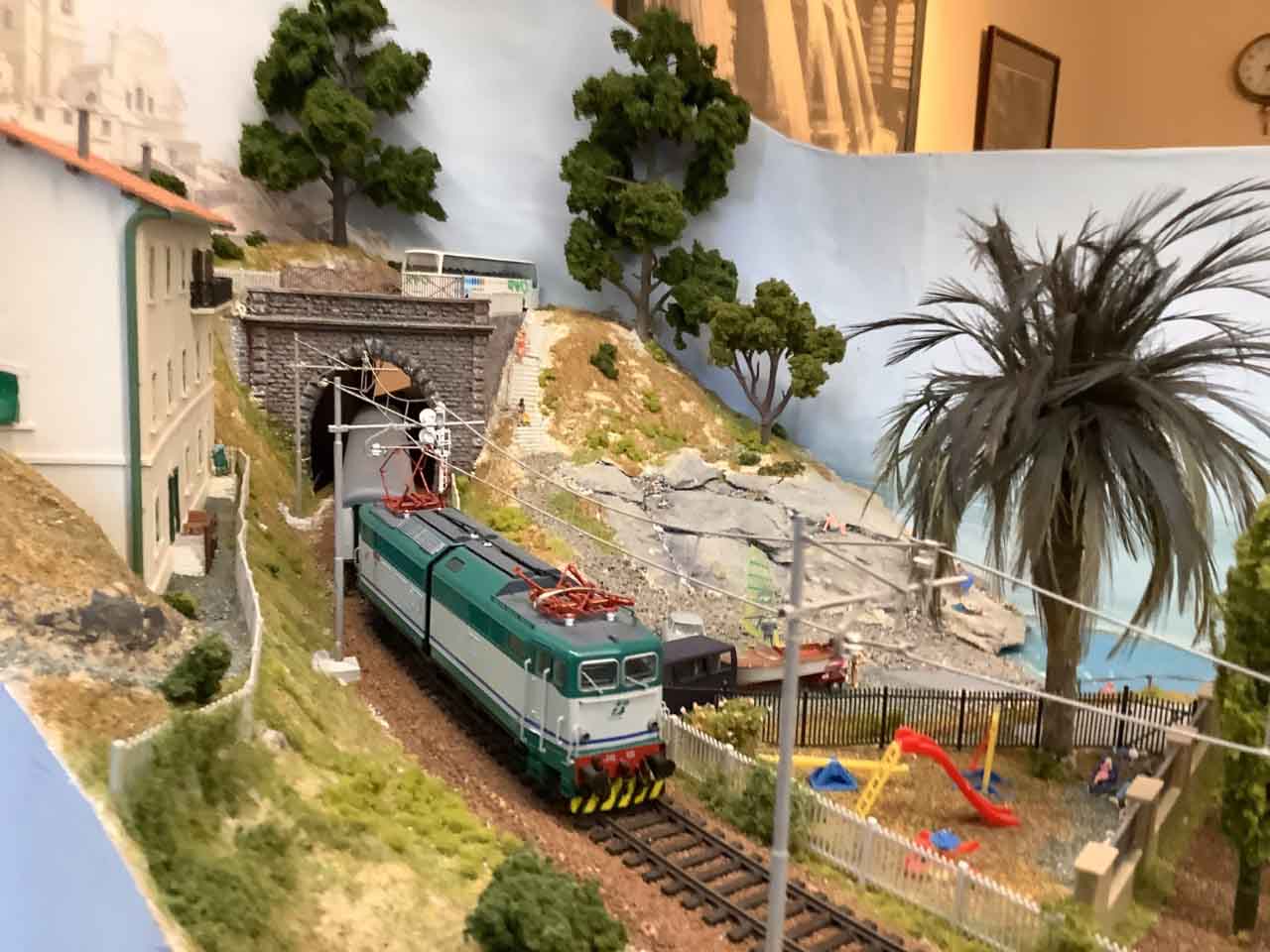 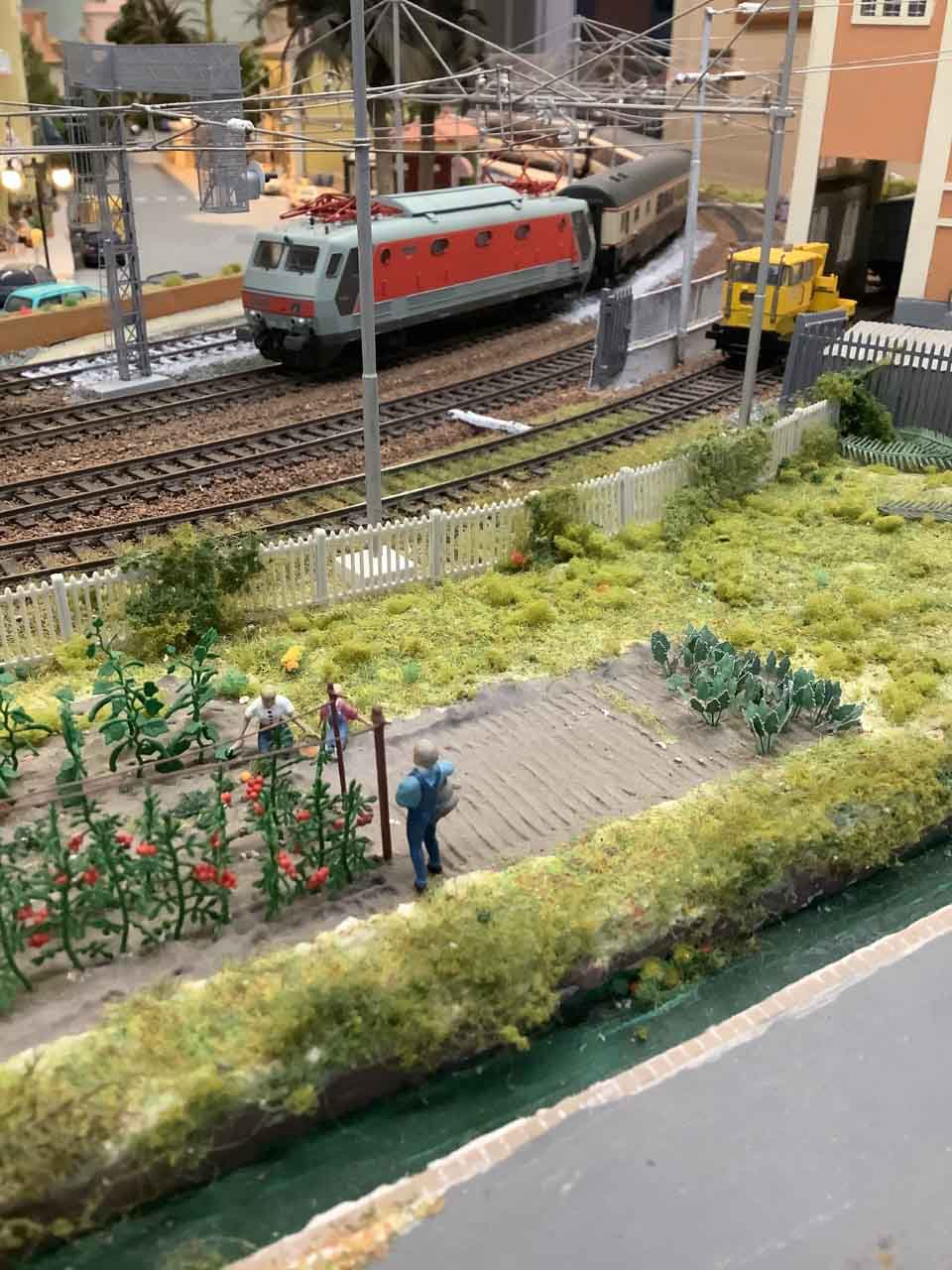 You can see more of Rod’s HO scale layout here

And there’s this one too

A big thanks to Rod. I don’t think there are many ‘electric trains’ on the site.

Now on to Peter:

A small interim update as I still have lots to do with the mountains and other scenery but I think the bones are stating to look interesting. 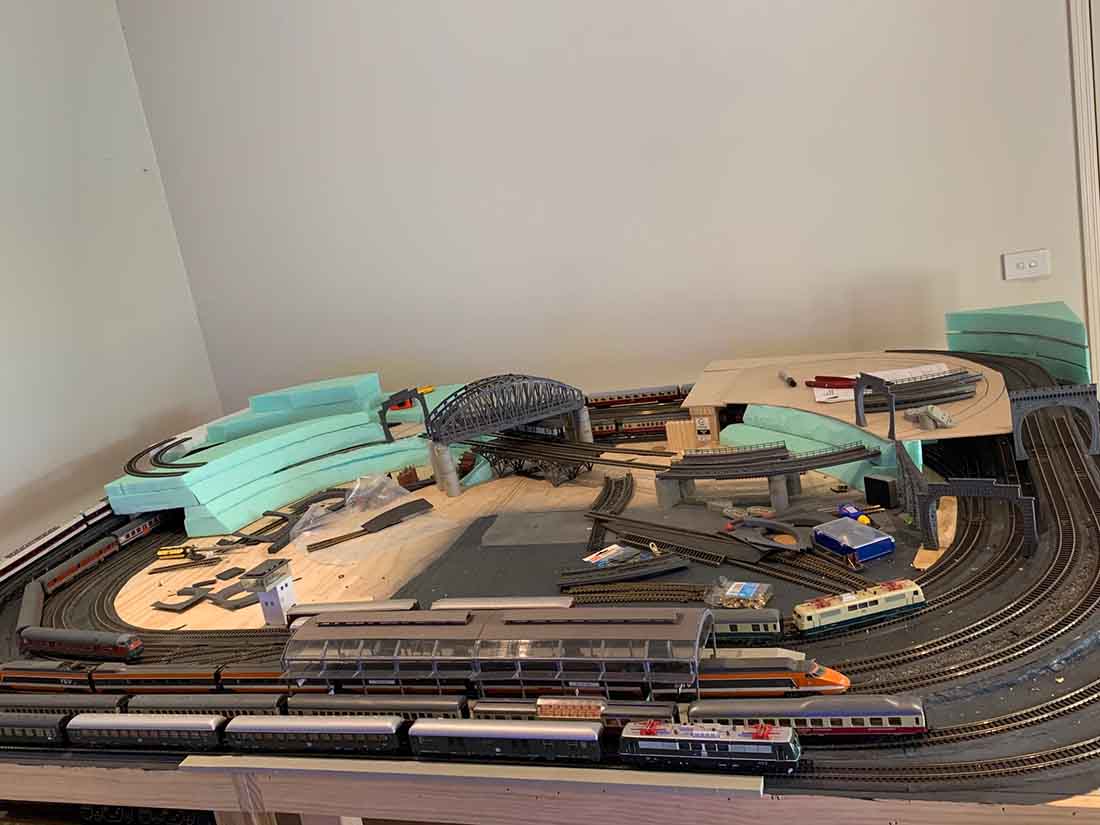 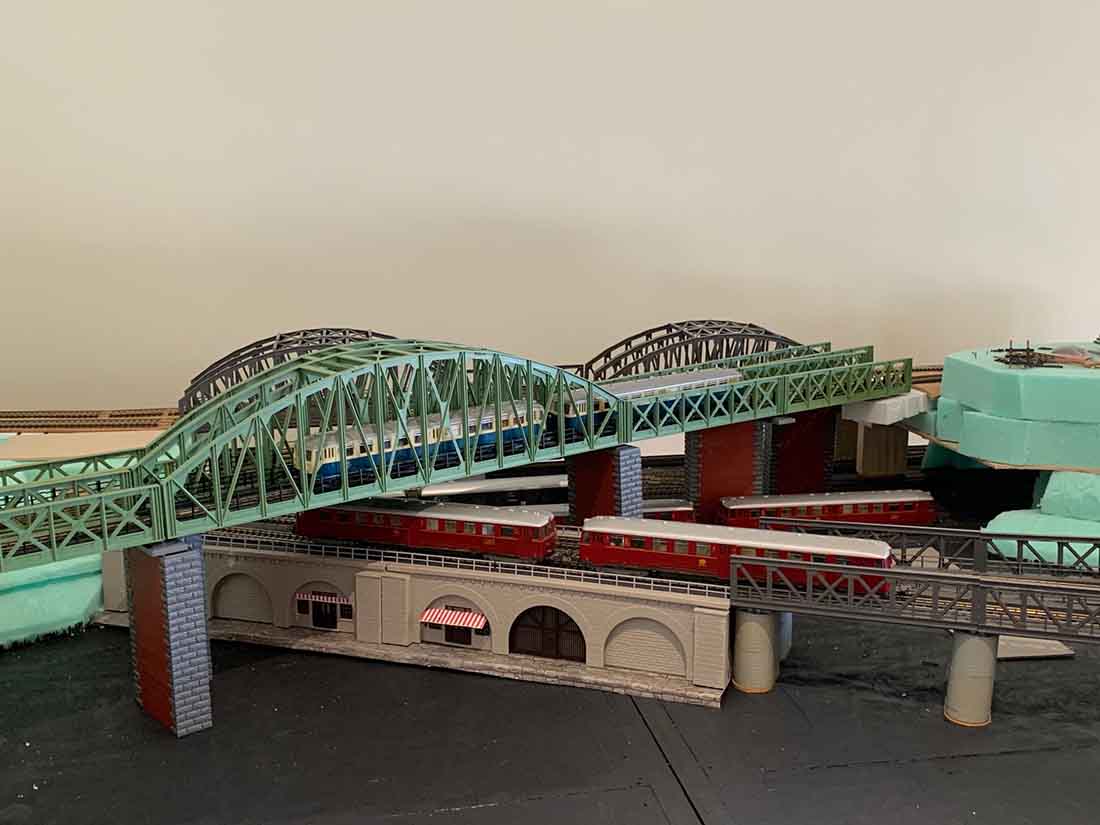 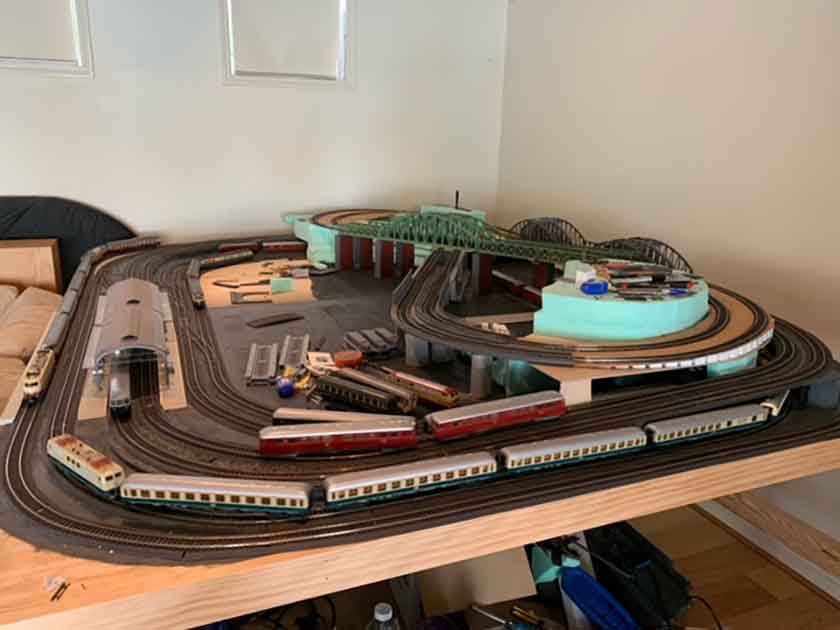 I do love an update. It’s great to see a layout emerging from the choas of the first few steps.

And don’t forget the Beginner’s Guide is here if you want to get going just like Peter did.