Cary’s been in touch with a post that is perhaps a bit of the beaten track – but I enjoyed it so I hope you do too (Cary’s last post is here).

I’m still plugging away on my outdoor G scale layout, will send you an update in a month a so with this summer’s progress.

I know you sometimes share stories and photos that are not related to model layouts but rather actual trains. I put this together and it includes some family history. I understand if you don’t publish it, it’s a little “off the tracks” from what you normally do. However your readers might find interesting and most of all I had fun putting it together!

In 1862 spies from the Union Army went south in an attempt to disrupt travel, communications and supplies of the Confederate Army.

Their plan was to steal a locomotive in Georgia then travel north to Tennessee destroying tracks and telegraph lines along the way. The locomotive they stole was known as “The General”.

A group of confederate soldiers followed them relentlessly, first on foot, then by hand car and eventually commandeering a locomotive of their own. The Union spies were soon captured and executed.
End Of The Run – The Stolen Engine, “The General” Abandoned. 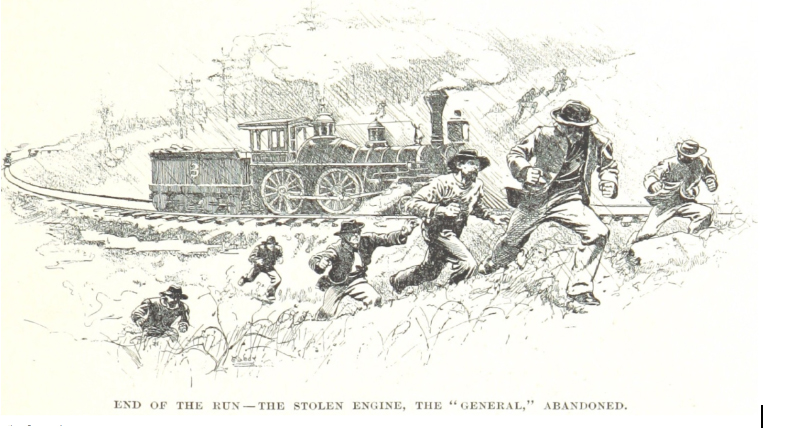 The General eventually fell into disrepair but was never scrapped. By the early 1960’s the Louisville & Nashville railroad found itself in possession of the old steam locomotive. They decided to bring it to Louisville KY and refurbish it in commemoration of the Great Steam Locomotive Chase of 1862.

They had a drawing among railroad employees to see who would get to operate the old steamer. My grandfather was an engineer for the L&N at the time and he drew fireman.

During the summer of 1962, The General made runs around the eastern United States pulling a restored passenger car and meeting excited crowds wherever it went who wanted to see the old machine.

My grandfather (shown left) Bill Price Sr. 1962 onboard The General. The gentlemen to the right was known to our family as “Poppy Doyle”. 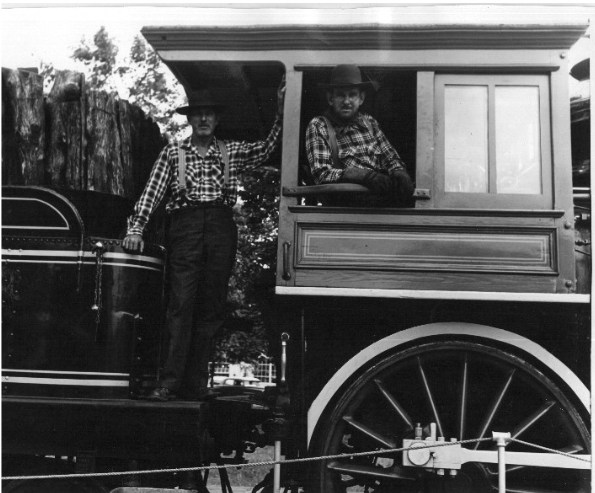 This photograph hung in my grandparents house while I was growing up. Shortly after my grandfather’s death in the early 90’s I asked my grandmother if I could borrow it to have it scanned so I would always have a copy.

Not quite the end of the story.

By the late 1960’s my dad was working for the Louisville & Nashville Railroad in the South Louisville Shops where the old locomotive was stored. I’m not sure of the exact details, but the L&N wanted to acquire track line from a railroad in Georgia. As part of the deal, Georgia would get the General, however the state of Tennessee also wanted the General.

My dad told me they put the locomotive on a flatbed car and tried to ship it to Georgia only to have the state of Tennessee stop the train and make it return to Louisville. They tried again covering the locomotive with a tarp and sending it in the middle of the night. This time the locomotive made it to Georgia and to its final home in small museum in Kennesaw Georgia.

As a kid I was always fascinated by the photograph and heard the stories of the great locomotive chase of 1862. Maybe I even thought my grandfather was part of the raid, what’s a hundred years give or take when your six years old. I’m so glad I had the photograph scanned when I did, at this point I’m not sure what happened to the original.

The General shortly after restoration in 1962

A huge thanks to Cary.

The General rang a few bells, I think it’s been in a few posts, like Ralphs.

“In the 1950’s I grew up with a Lionel train table my dad built in the basement of our house in Berkley Michigan.

About a year ago I decided to build a N scale railroad in my house. I first had to do a lot of reading about the changes in model railroading from the 1950’s. DCC what a change from having to section off different areas of your layout. Also what materials are now available for landscaping from card stock buildings to ground cover.

The theme of my railroad takes place in the early 1950’s on the Baltimore & Ohio rail line between Baltimore and Cincinnati. The village is in the mountains of West Virginia along Highway 50.

The main line along this route takes you through the mountains into the rolling farm lands of eastern Ohio. There are two spears one that will take you up into the village with a stop at the passenger depot. The second spear is to the local coal mines and trucking fright yard. 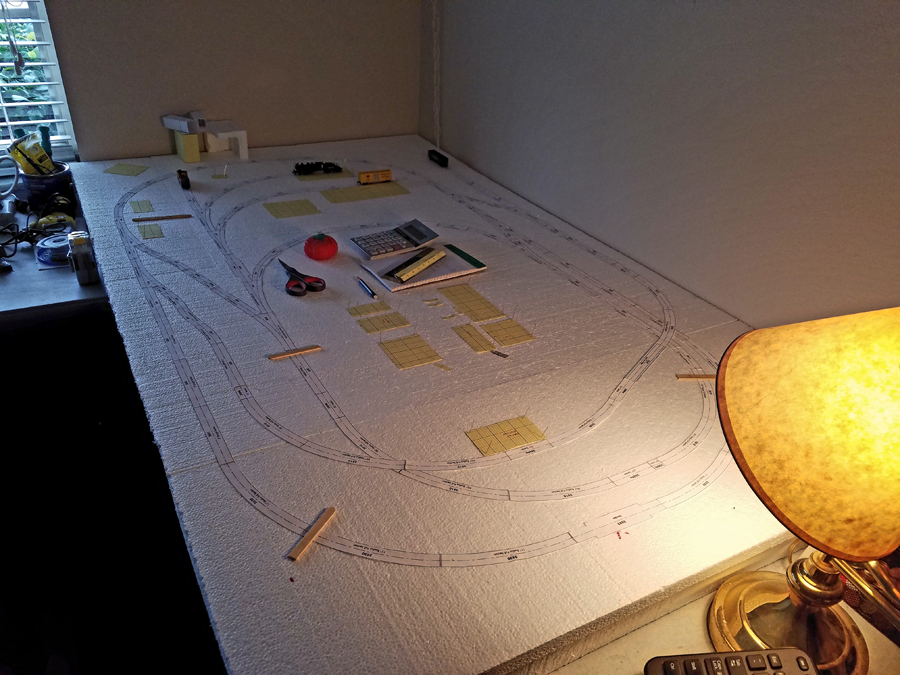 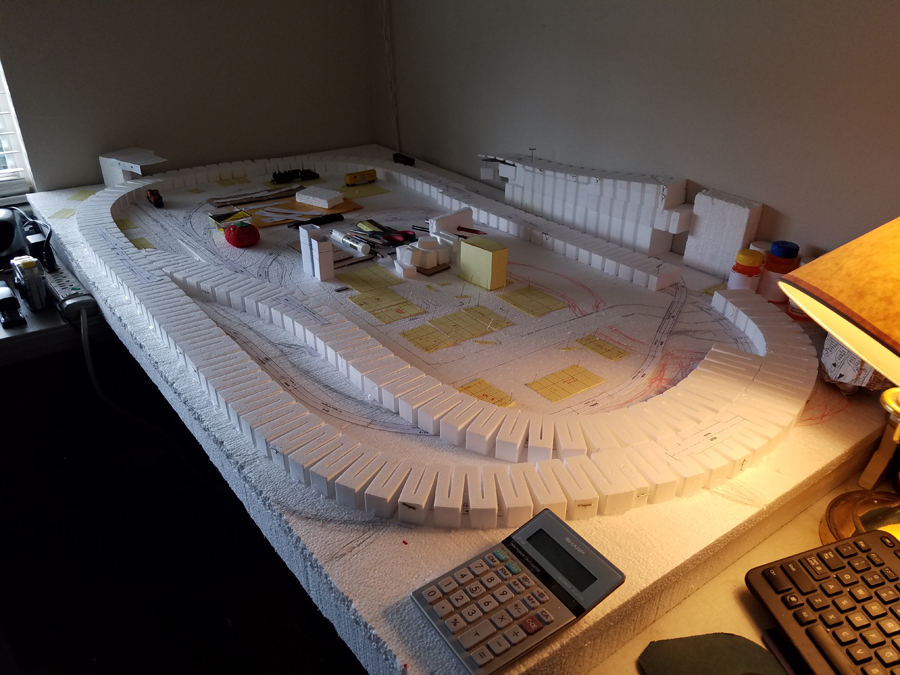 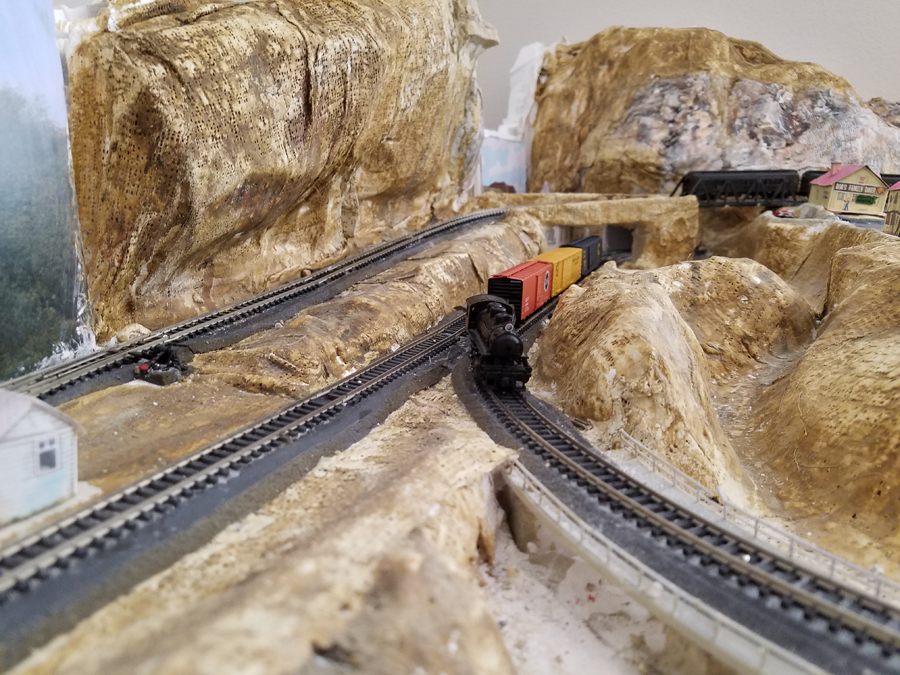 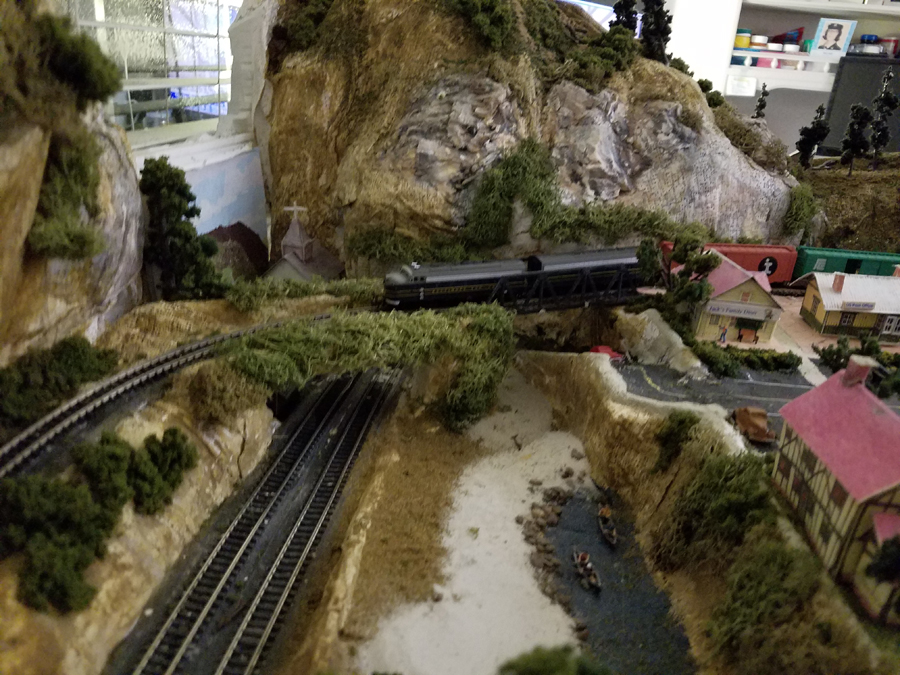 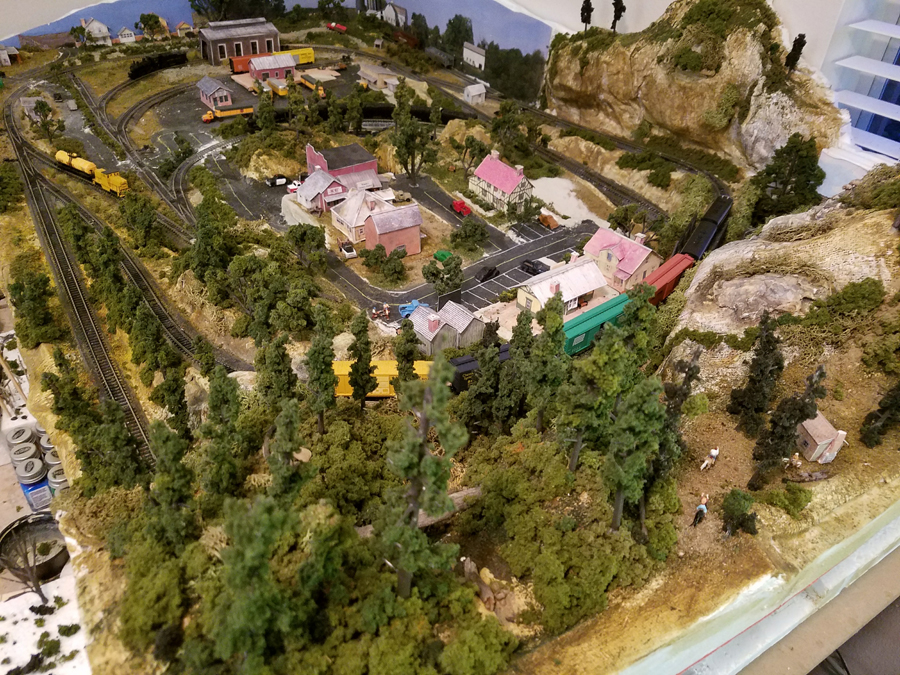 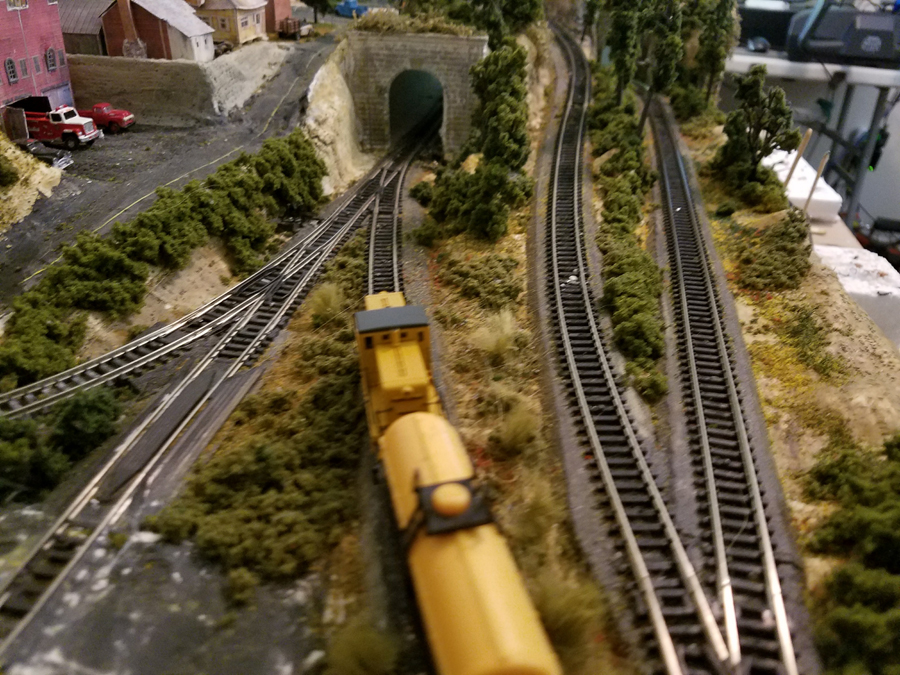 A big thanks to Tom and Cary.

That’s all for today folks, please do do keep