Jack’s been in touch again. If you missed his last post, it’s here.

The residential area of the layout is almost complete.

I built a Noch kids playground, which is laser cut and pretty frustrating to build. There is a rope bridge between two towers.

I couldn’t figure out how to assemble it. You have to glue planks to the ‘rope’ side pieces. I finally cut two spacers a little shorter than the planks and using my spray glue sprayed the edges.

I was then able to hold the sides in place while gluing 4 of the 12 planks in place. I could then remove the spacers and glue the balance of the planks.

For the amusement park I built a number of Faller rides and booths. They are more detailed than other brands of amusement rides, but they have lots of parts.

The kids merry go round has 137 pieces. The only downside to the Faller stuff is that although some wording is in English, others of it is in German. You’d think they would come out with an English sticker set.

I didn’t find a ticket booth so I built one from balsa wood. I am calling my amusement park Dorney Park where I went as a kid. I found photos of signs on the Internet and using sprue material from the merry go round made signs. I just have to work out placement of the rides and booths.

I have the tunnel portals in and the cardboard on the mountain is covered with plaster cloth.

A word of caution regarding Woodland Scenics Realistic Water. I had poured the pond about 4 days ago. I hadn’t brought the ground cover down to the water’s edge, so I put painters tape on the water and finished the ground cover.

After removing the tape, I had impressions of the tape in the water. Fortunately I had some Realistic Water left, so I poured a thin layer on the pond. All looks good now. 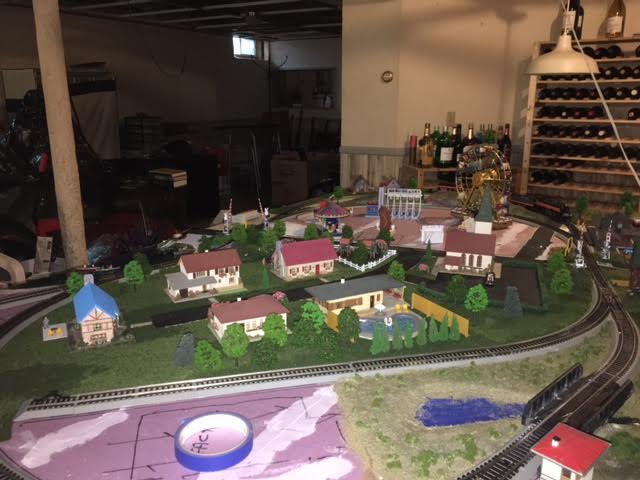 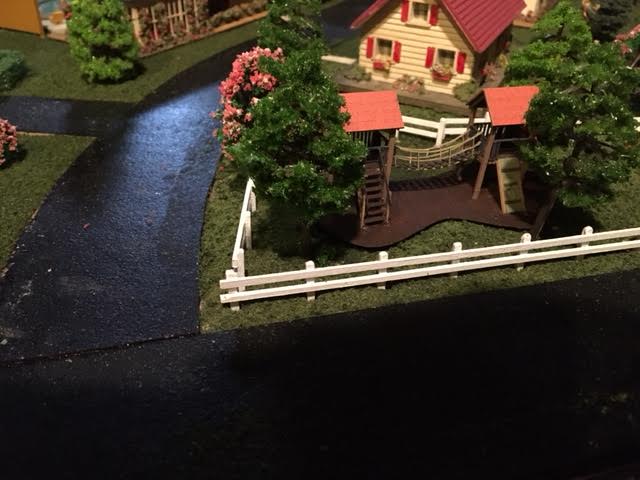 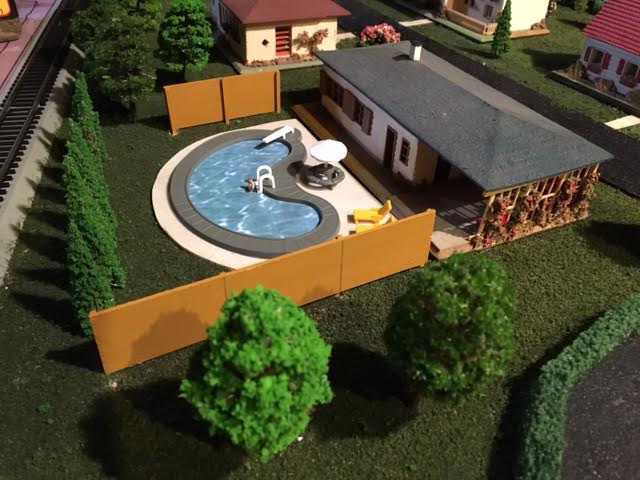 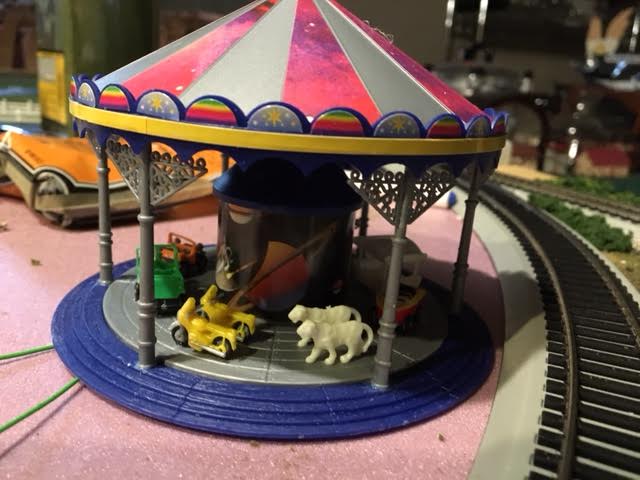 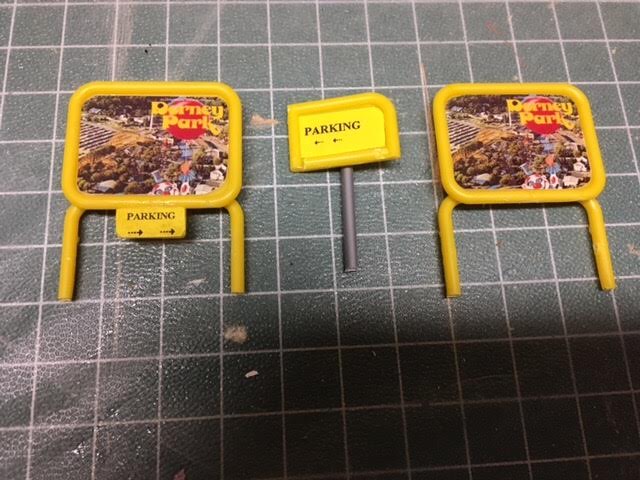 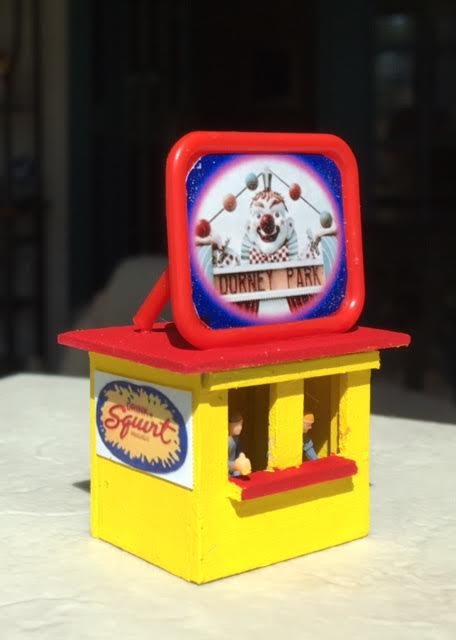 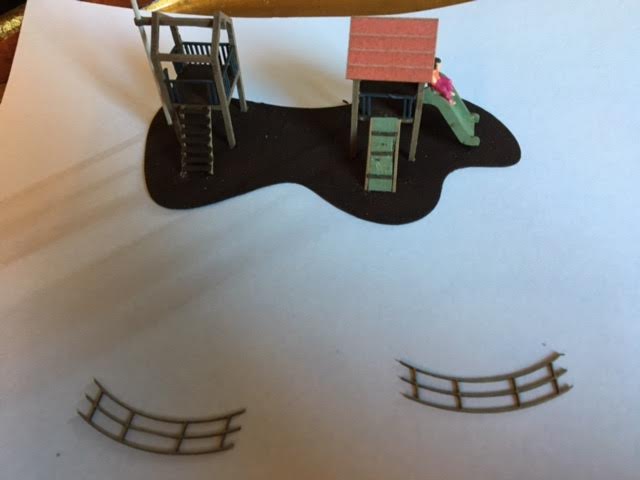 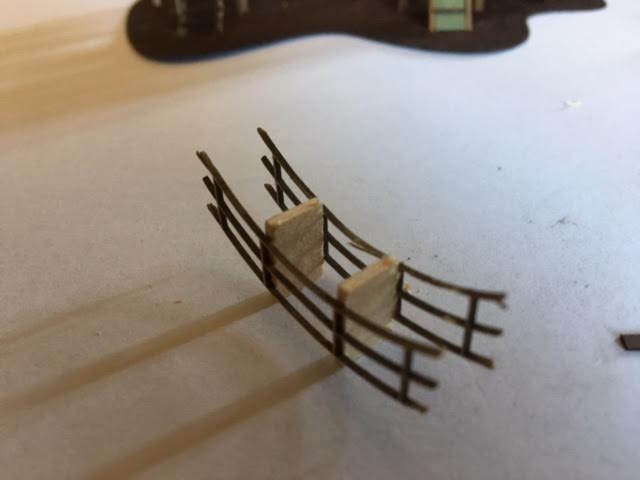 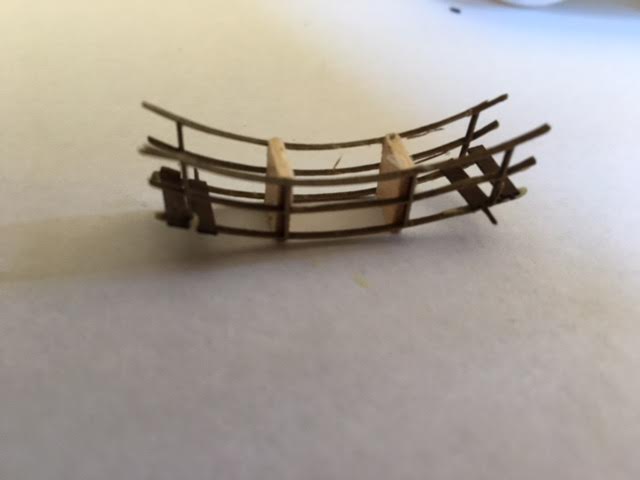 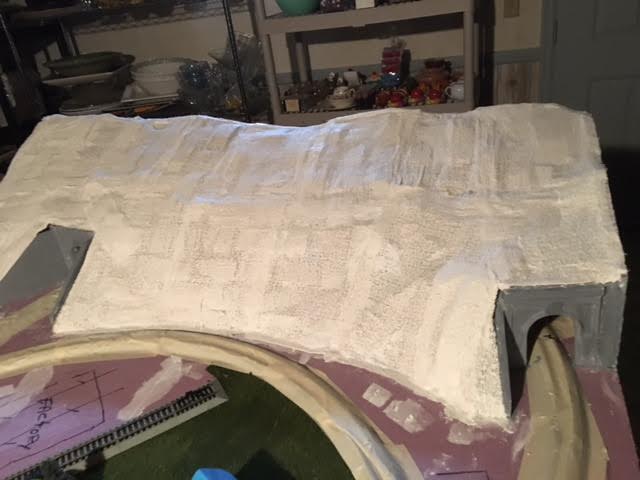 And here’s a video – a bit dark, but that’s to show off the lights:

A huge thanks to Jack. A wonderful narrative and pics – every layout has its frustrations, and Jack’s is no exception.

That’s all this time folks – please do keep ’em coming.

And don’t forget the Beginner’s Guide if you want to get going on your layout.