Jack’s progress on his railroad layout

Jack’s been in touch again. He’s been busy finishing his fairground scene for his layout.

Embarrassingly, I missed one of his emails, so this post is made up of his last two mails:

I made some progress on the amusement park. I didn’t know what to do for the base of the park, so I decided to just do it all in concrete. I can add planters later with flowers and such.

I went to Home Depot to get some more flooring samples but there weren’t any. Looks like they no longer sell sheet vinyl. I found two vinyl floor tiles that look like concrete, so I bought them. I cut them to fit the space. They were a little shiny so I sprayed them with Dull Coat.

I got some fencing that is fancier than the chain link fence Dorney Park had, but I wanted something decent looking since the park is across the street from the church. The fence has brick pillars and iron fencing. I put it together in about 6” sections using a jig I made. It’s too flimsy to make longer sections. I’ll glue the sections together as I go.

Between the park and the tracks, I made concrete walls with my flooring samples. I cut them into scale 6′ strips, glued them back to back and curved them to the radius of the track. I painted the top edge brown and glued them to the edge of the ‘concrete’ base.

The photos show the jig I made and the concrete base for the park. The concrete walls are in place and I am test fitting the iron fence.

I also wanted something happening at the church, so I got some wedding people.

I also needed a number of cars for my parking lots. I found 50 cars for $15 on line. I knew they wouldn’t be great, but they are OK as fillers. About half the cars are very dark blue, green and black. I’ll be painting some of them lighter colors. They’ll do until I replace them with better ones down the road. 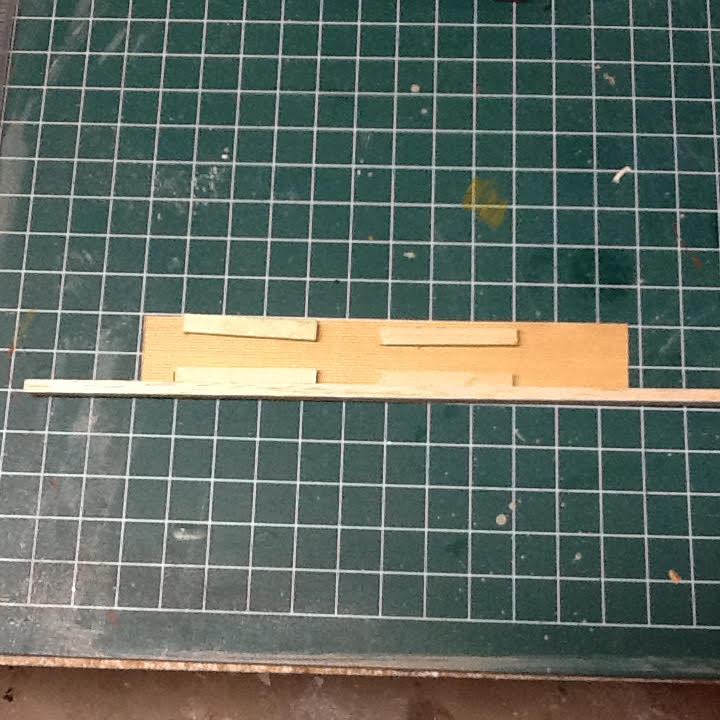 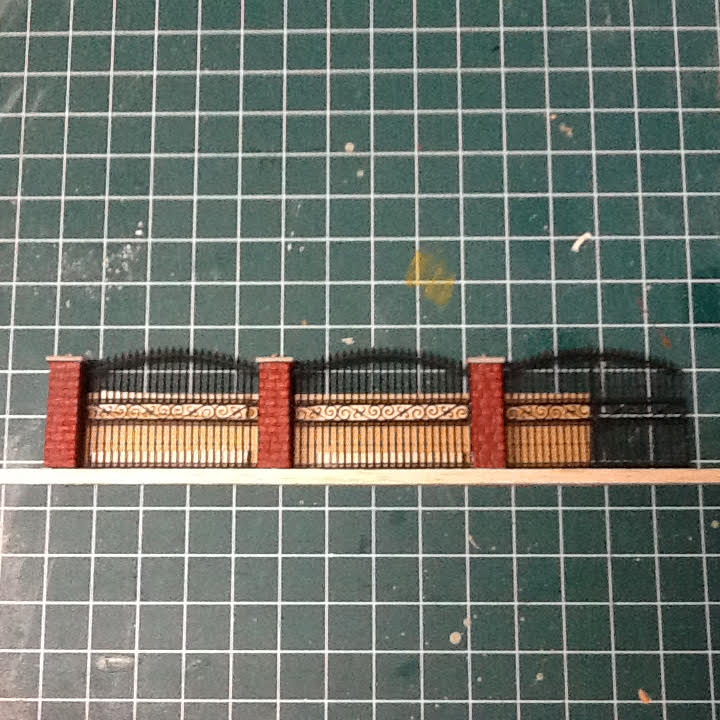 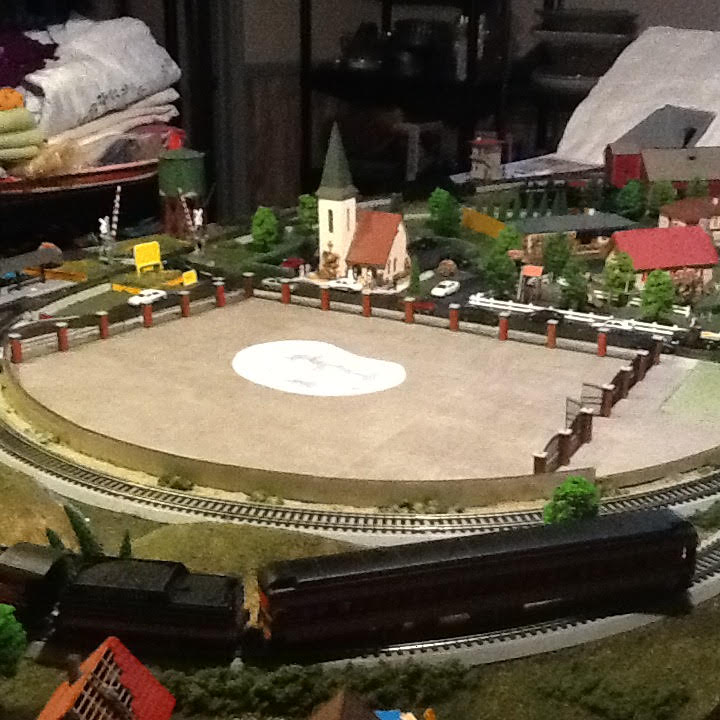 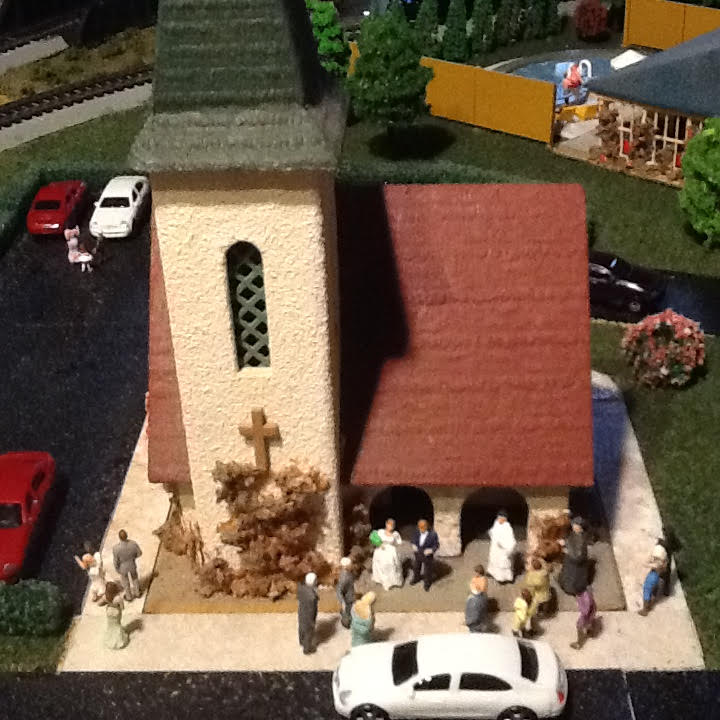 The old Dorney Park had a sky ride with gondolas for 2 people. I couldn’t find any gondolas I liked, so I made some from small plastic Easter eggs. They look pretty much like the original.

Attached are some photos and a video of the park. The video is a little jerky, but captures the essence of the scene. 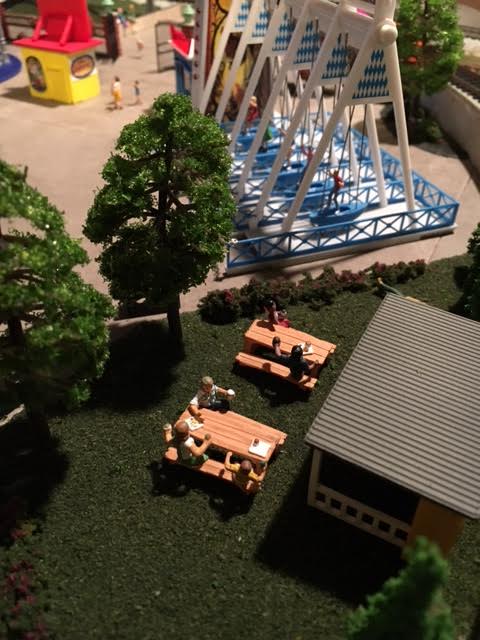 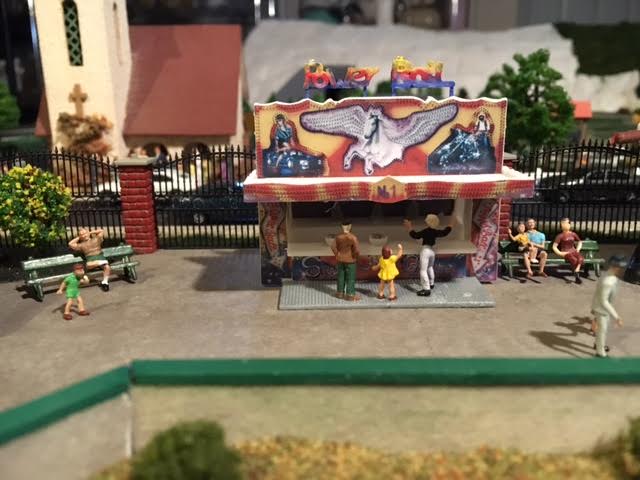 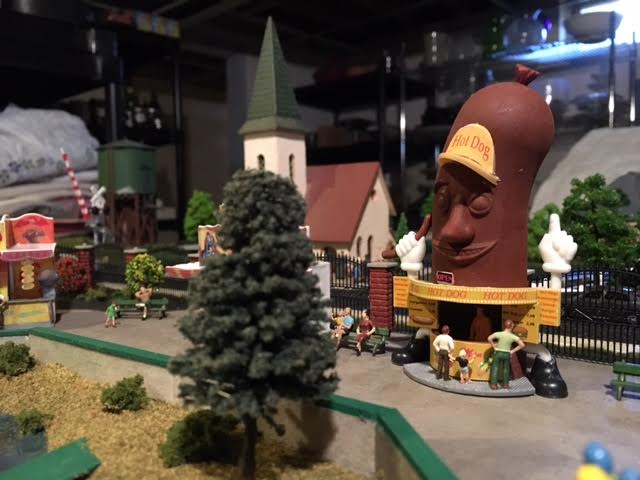 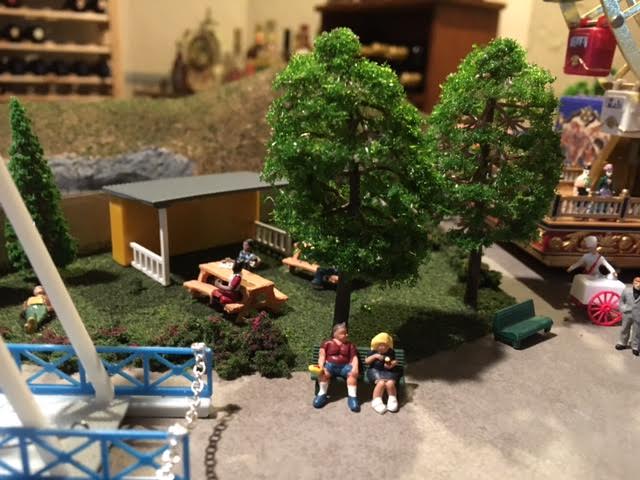 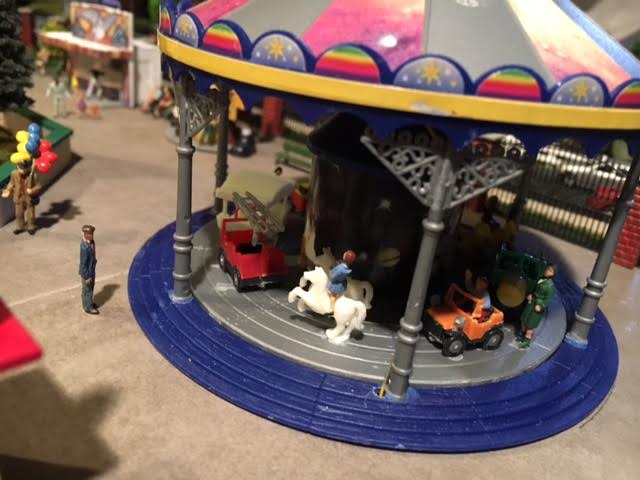 A huge thanks to Jack. It is wonderful to see a layout come together, step by step.

Please do keep ’em coming. And don’t forget the Beginner’s Guide, if you want to get going on your layout.

28 Responses to Jack’s progress on his railroad layout