Lawrence adds a tunnel to his layout

Lawrence has been in touch again (here’s his last post):

With my overhead train layout I do not have the space for the tunnels I see being made on the table tops. To separate the alternate world areas that the train travels through I needed to build tunnels. After looking at what has been displayed by your emails and what I could find on line I started my tunnels.

Started with paper as found on the web. I was not successful in getting what I wanted so used the idea and did my own. Did not like the looks of it. Back to the web.

Found a way using 3/4 inch foam. That appeared to work at least on the web. Figured out what the inside dimensions of the tunnel was that allows the train to pass. Got the foam and foam glue from Lowe’s. Built a number of straight tunnels by cutting the shapes with a soldering iron and using the iron for the facing design. With the glue put them all together and worked just like it did on the web.

Now wanted to put a tunnel around the curve. And found out that the foam will just take the bend of the curve without breaking, just like it showed on the web. made a top and bottom piece that matched the curve. But need to pin the side piece in place, either top or bottom. Then glued the side piece to the other curve section. Continued the process for all four corners. Cut out the middle of the bottom curved section, was needed for stability for building. Obvious that the width of straight tunnel facing is not wide enough for curved tunnel. So made new tunnel facings.

All tunnels built and train runs through them with no problem. The straight tunnels are from six inches to two feet. The curved tunnel is thirty six inches and eighty eight inches. The final step is to use sealing foam to give the appearance of rocks/mountains and paint with grey and green for vines. After doing the first one the foam might need a bit of forming yet.

(All images are clickable, and that’s the same for every post too). 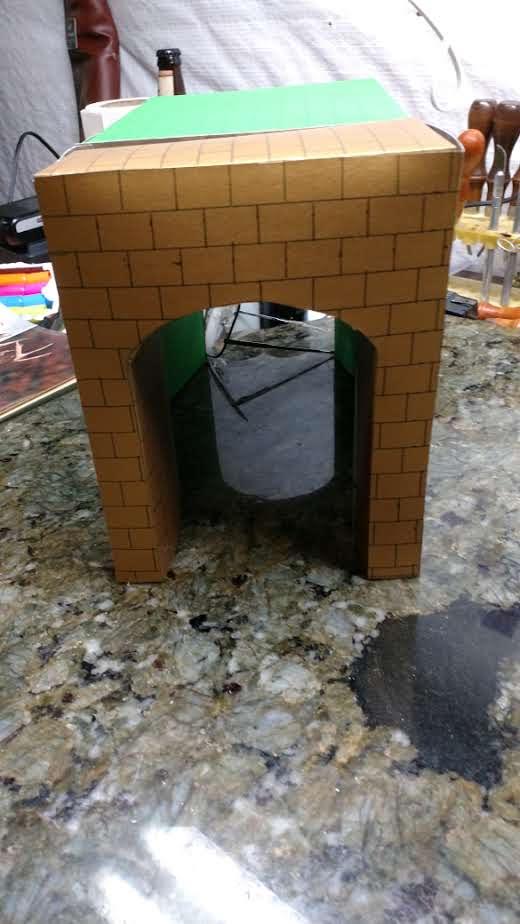 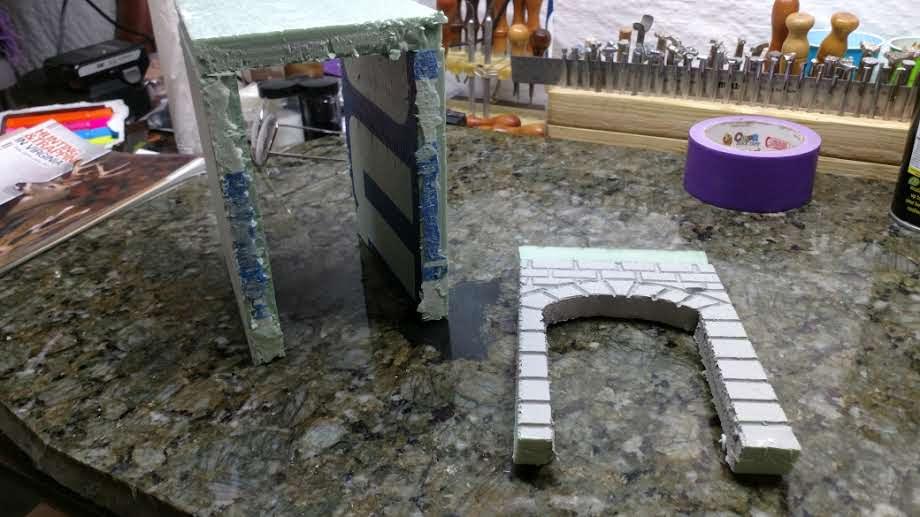 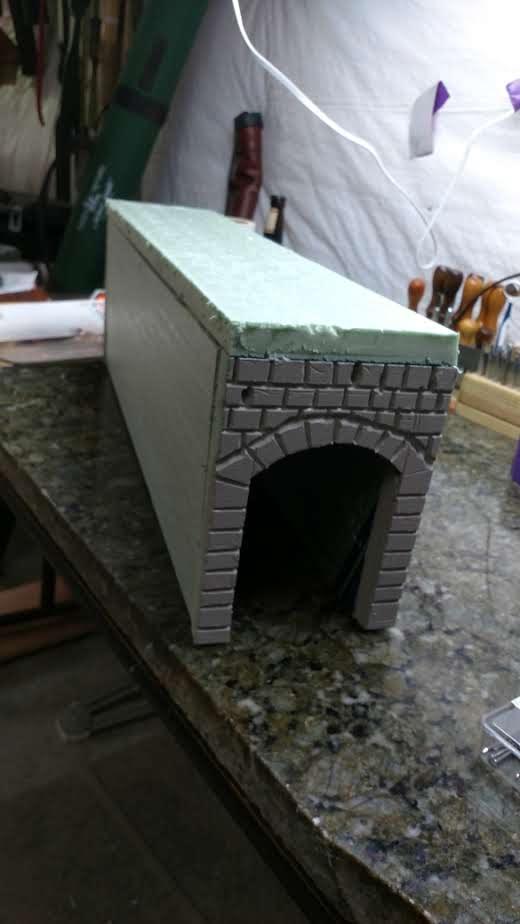 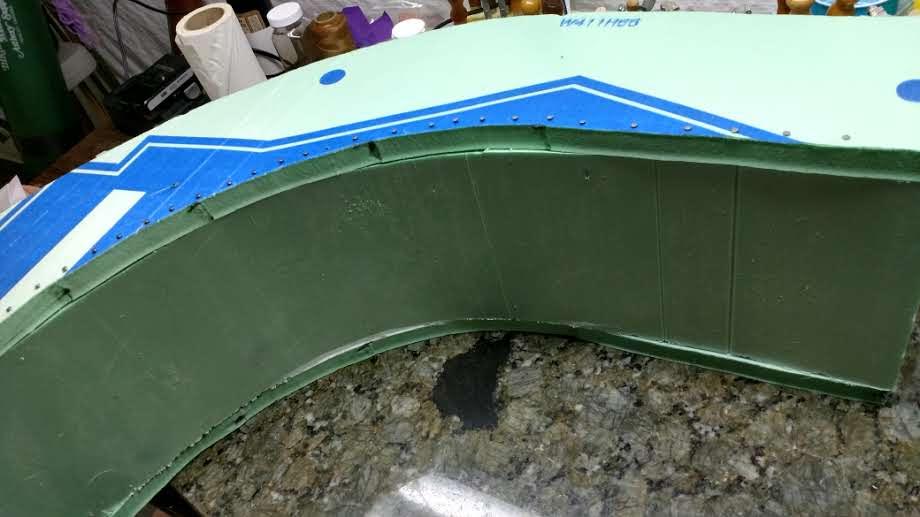 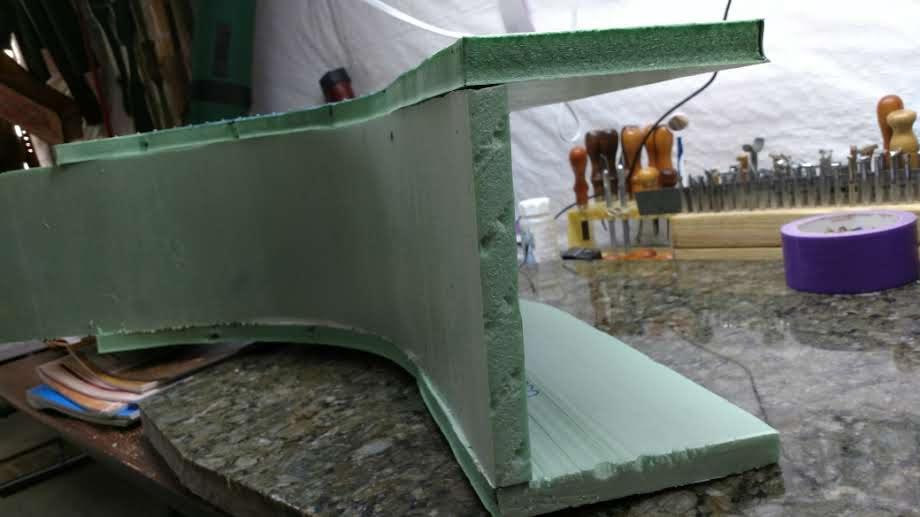 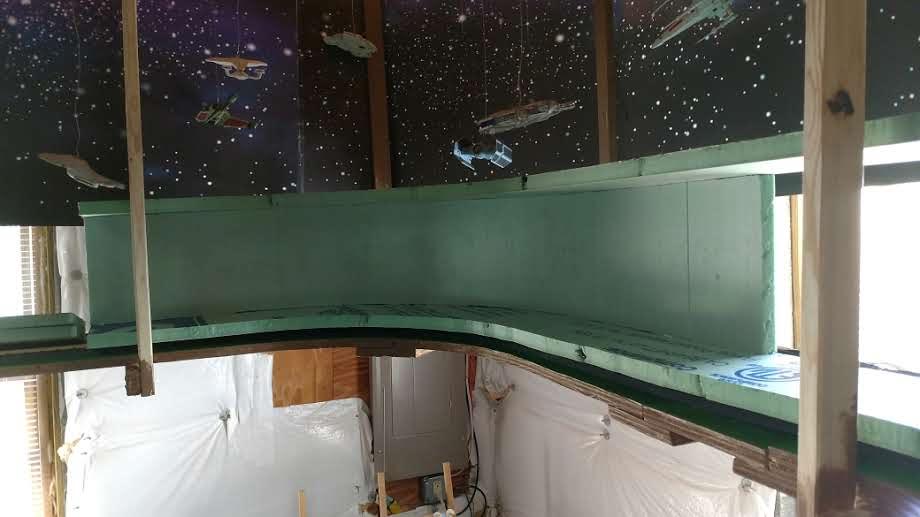 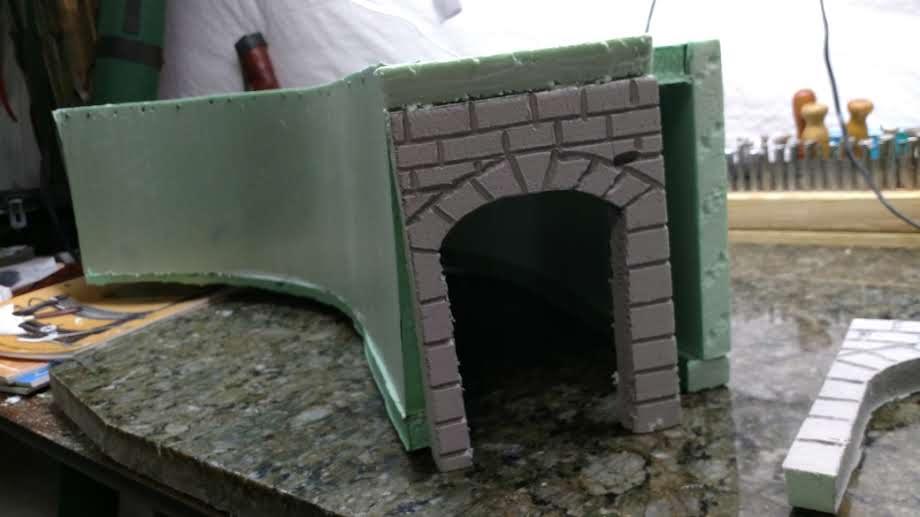 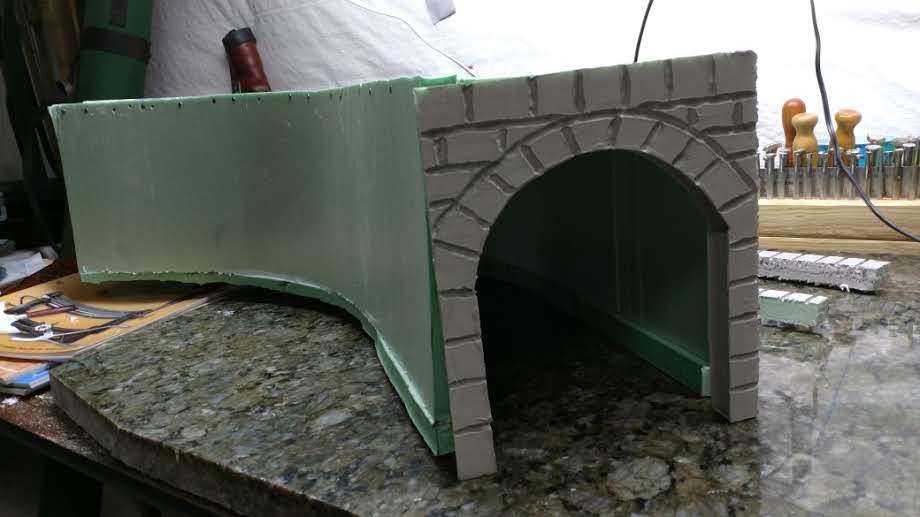 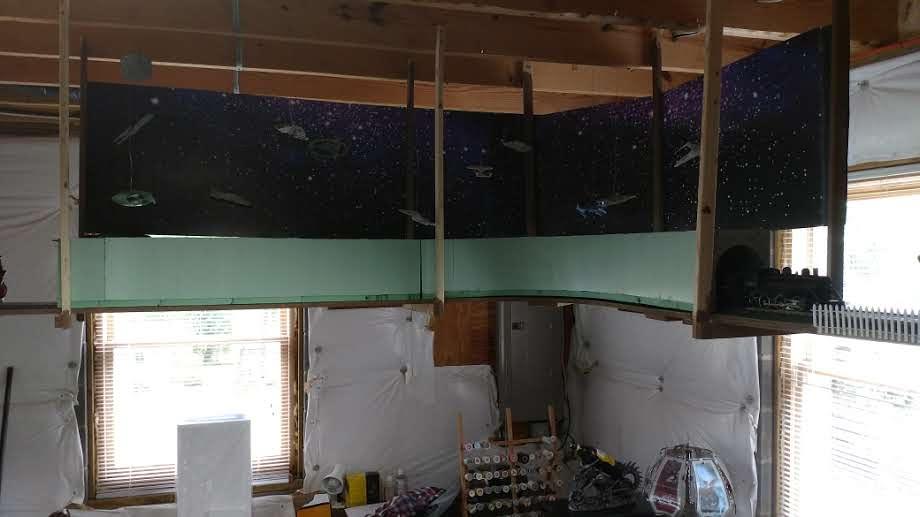 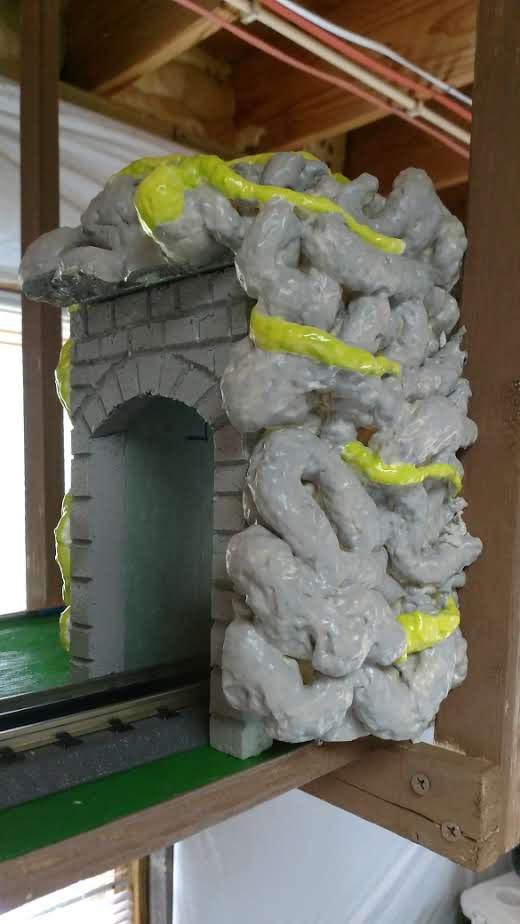 A huge thanks to Lawrence. You can tell Lawrence is having fun with his layout – loved the Star Wars back drop.

Thanks also to everyone who mailed me about the last post too. I’ve never come across anything that splits the pack as much as Ted’s plans.

That’s all this time folks. Please do keep ’em coming. And don’t forget the Beginner’s Guide if you’re bored of sitting on the side lines.

PS Heading off to ebay?Bag a deal with the ebay cheat sheet.

14 Responses to Lawrence adds a tunnel to his layout