I’m not sent many European HO model trains – so here’s one from Jan that is really coming along:

After reading so many of the posts I thought of sharing a couple of pics of my modular HO lay-out.

I’m not much of a scenery builder and having the trains running is more important for me.

The lay-out is not really modeled on anything real but can be set in Belgium, this implies driving on the left track like in the UK.

The layout is digital and controlling the turnouts is done via JMRI (a free and powerful software solution).

There are three locations I gave a name, in the centre “Bouchout”, the station building has been scratch built by an acquaintance some years ago as is the signals house on the left. Both scratch builds were existing buildings. The station is like Bouchout used to be in the 1960’s and the signals house was in Mortsel, both near Antwerp in Belgium.

The upper level on the right is ”Bovenlaar” and you have to imagine an exit at the bottom over the tunnel.

The return on the left bottom is called “Krupeke” and named after the little castle, Crupet, that will come on top of the hill. I have the building, but it is a kit with 100’s of mini bricks and it still has to be built.

The trains can be run using either wired controllers or using the smart phone, which I typically use.

To be able to control turnouts away from the central PC you can use a tablet with any browser connected via WiFi. Very practical.

So the pictures. Those are taken from left to right. The trains are a mix of German and Belgian. I like to mix the European HO model trains.

The day before I took most of the pictures we had some friends over and their 10 year old son had some fun putting figurines all over the layout. 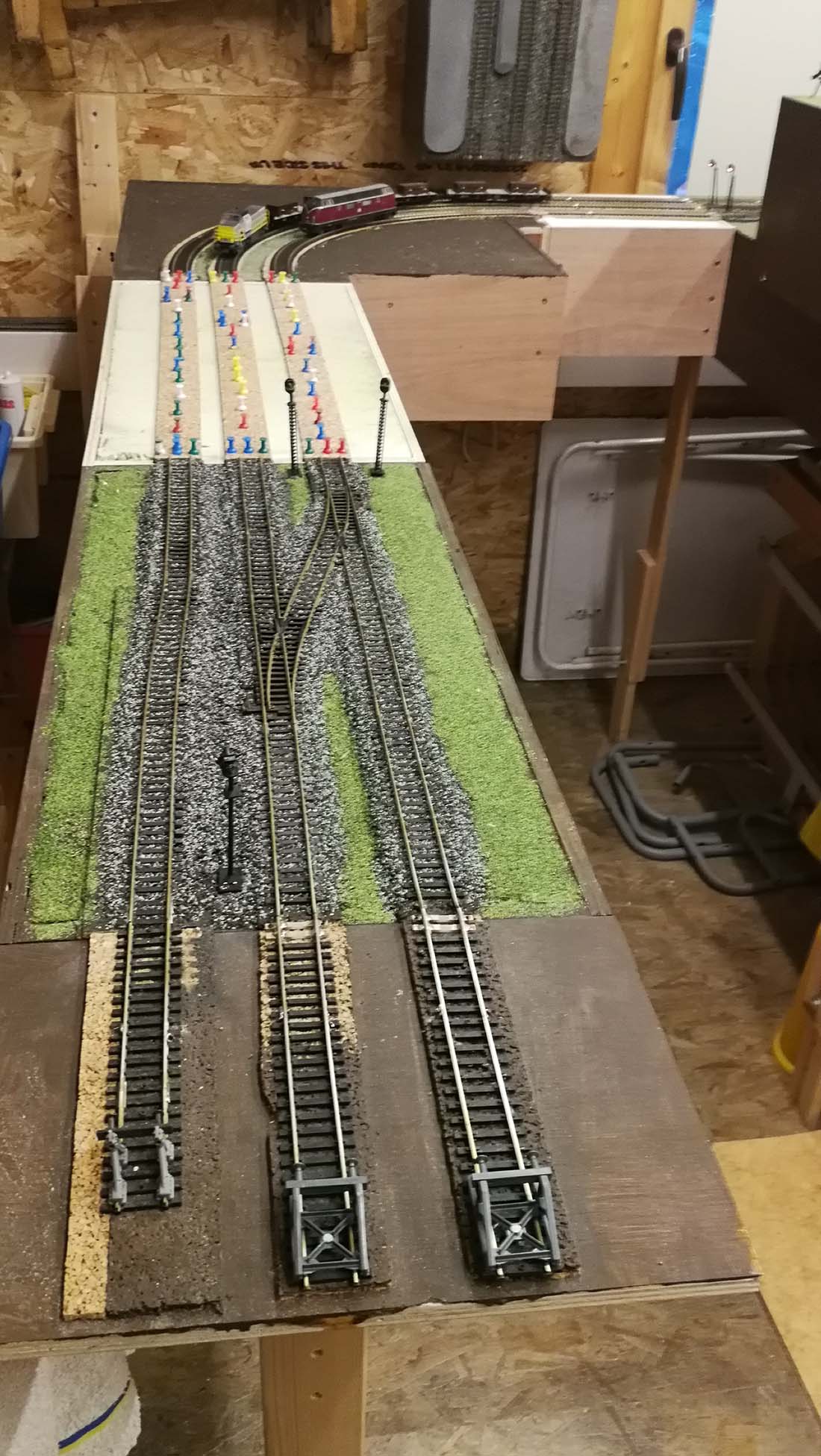 Image 1: The far left stopping place, under construction but now the tracks are all operational, called Krupeke. 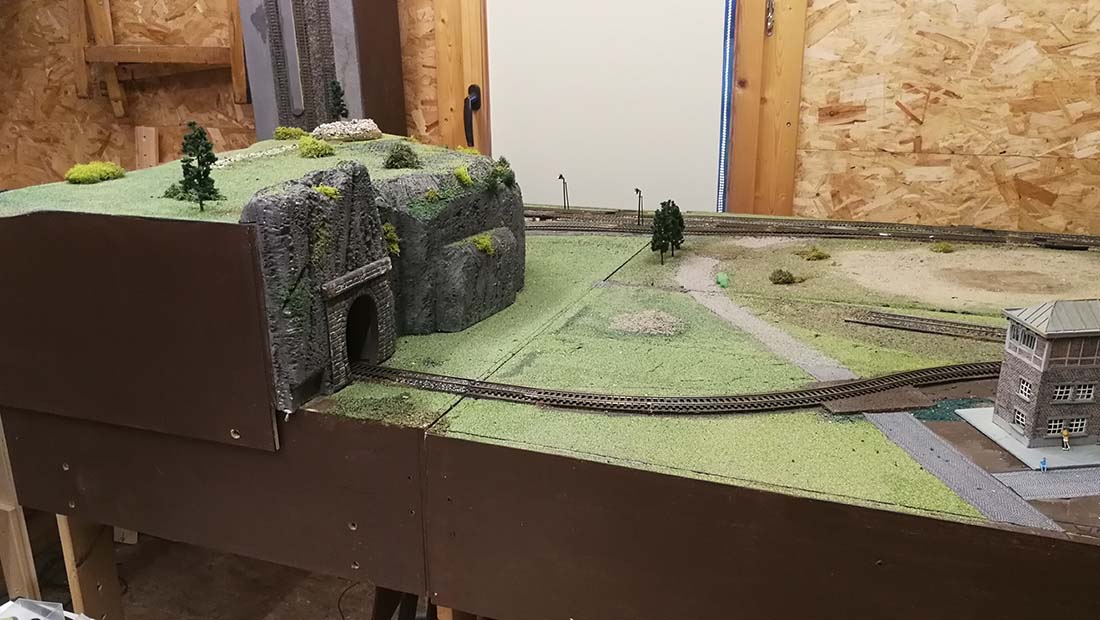 Image 2: Partial view of the left side with hill. The hilltop was dressed up by my then 14 year oldest daughter. 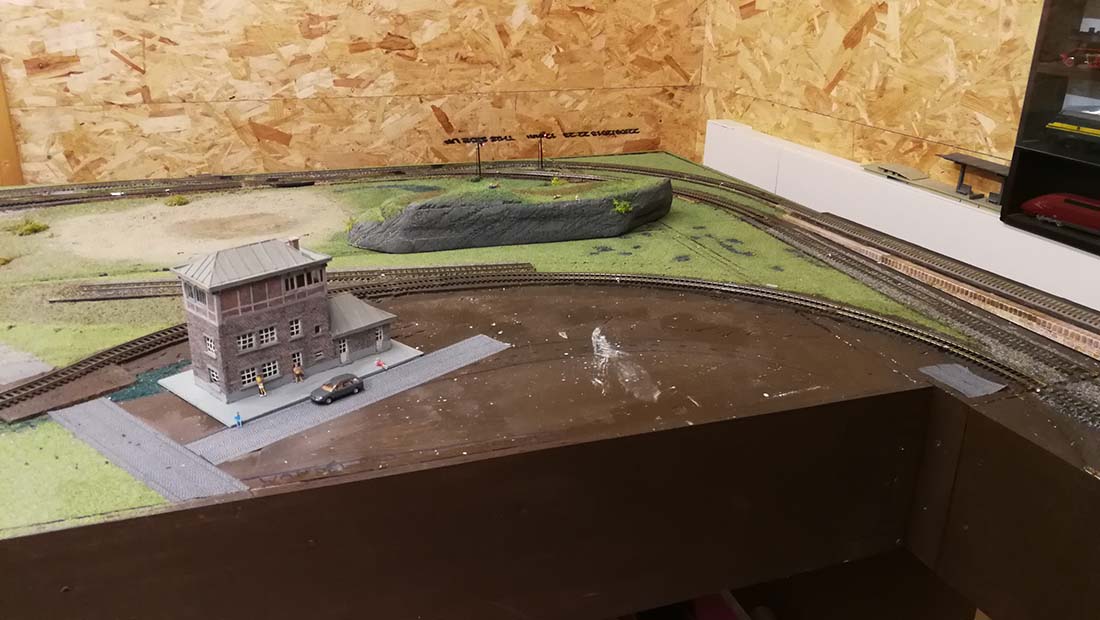 Partial view of the left side reversing loop with scratch built signal house. The rock was built by my then 11 years old younger daughter, so it has to be on the layout 😊. 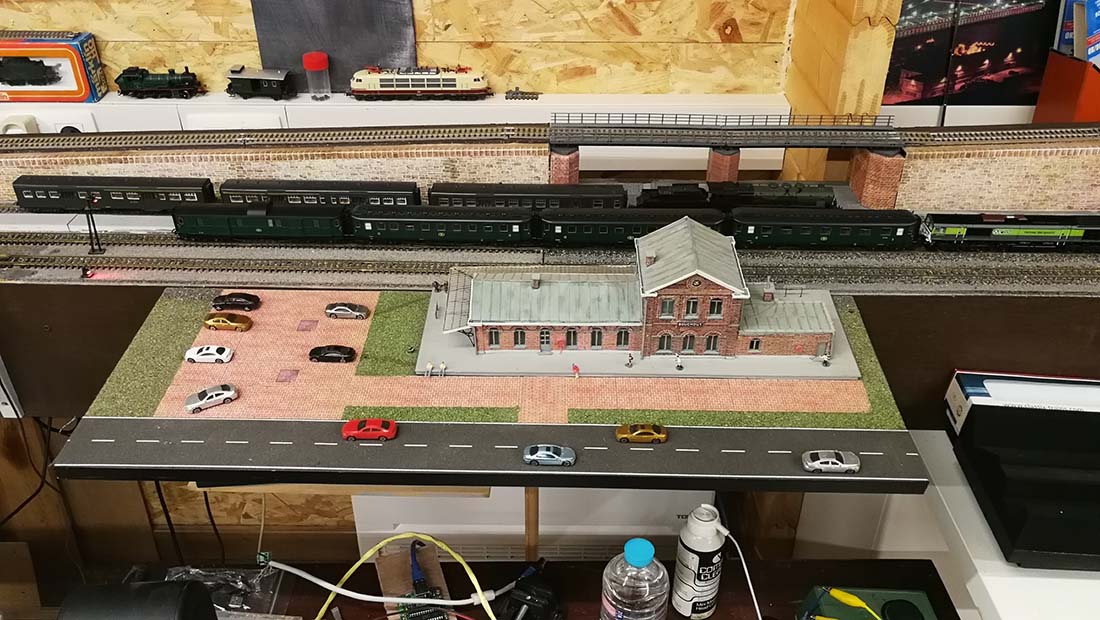 Image 4: Overview of Bouchout station, with two trains in it. The incline in the back is 2% with a pimped Roco bridge. The brick wall paper is no longer available, since the late 1970’s, so I scanned the original and printed on Conqueror paper, which has some texture, and it came out very nicely. 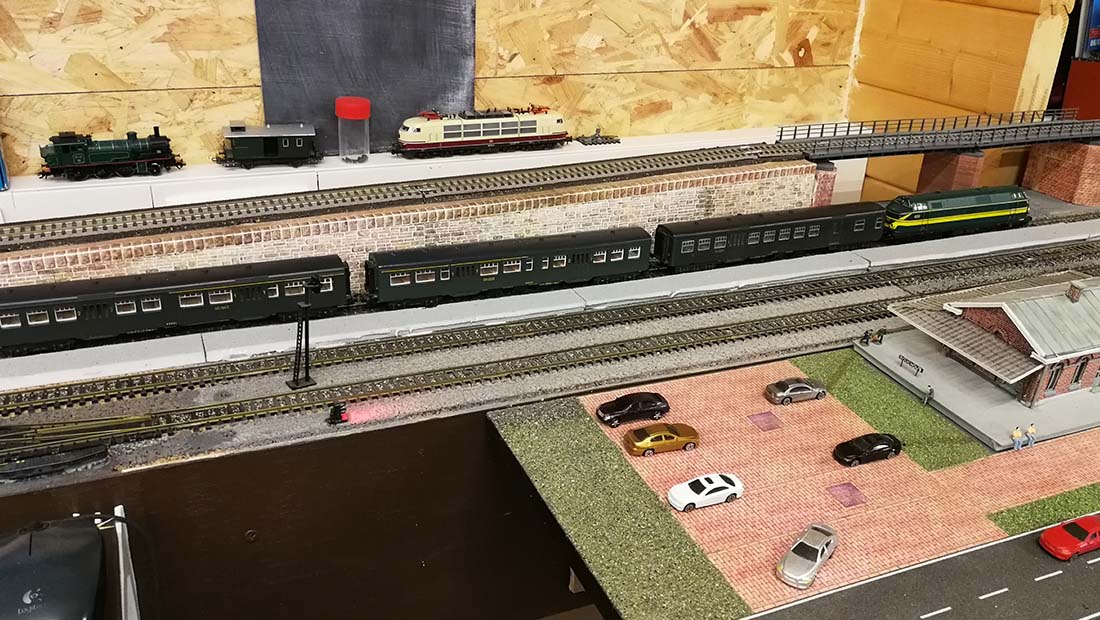 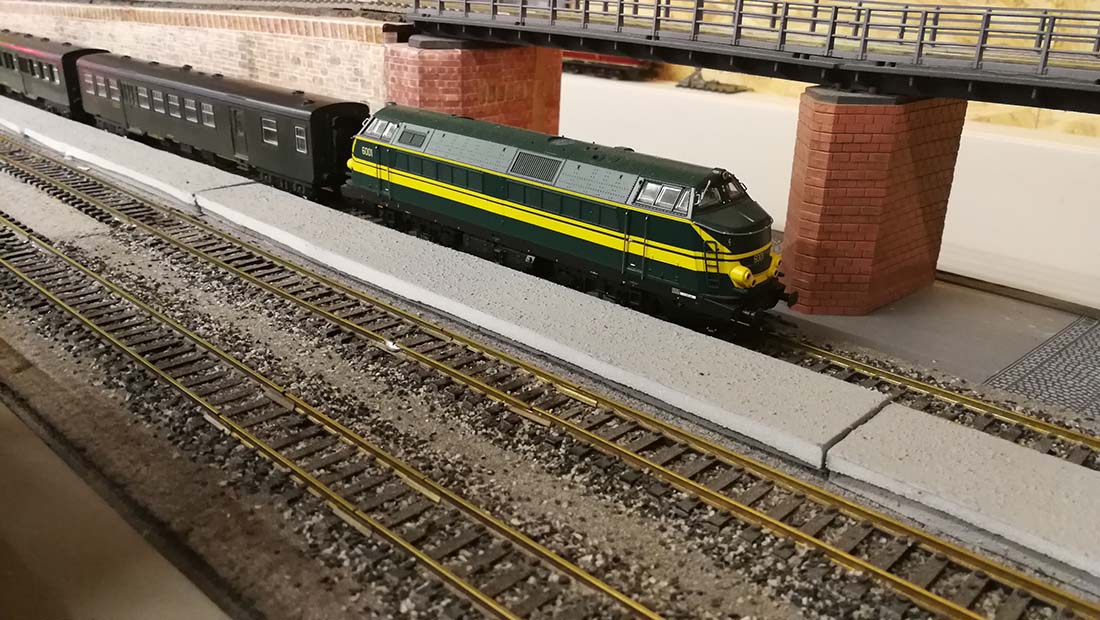 Close up of a series 60 diesel in Bouchout. 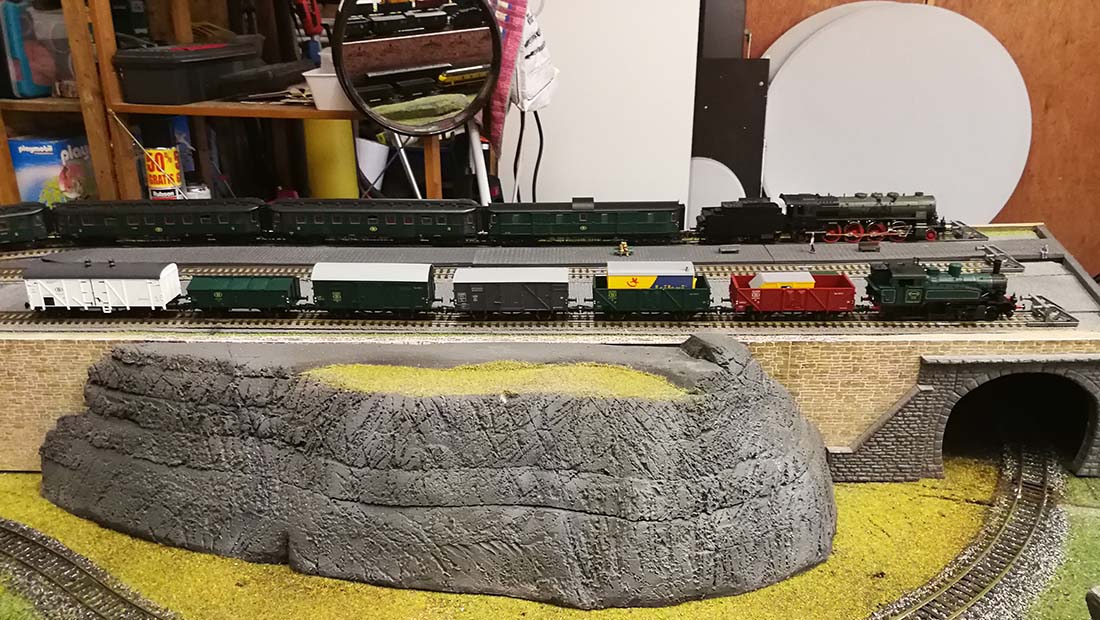 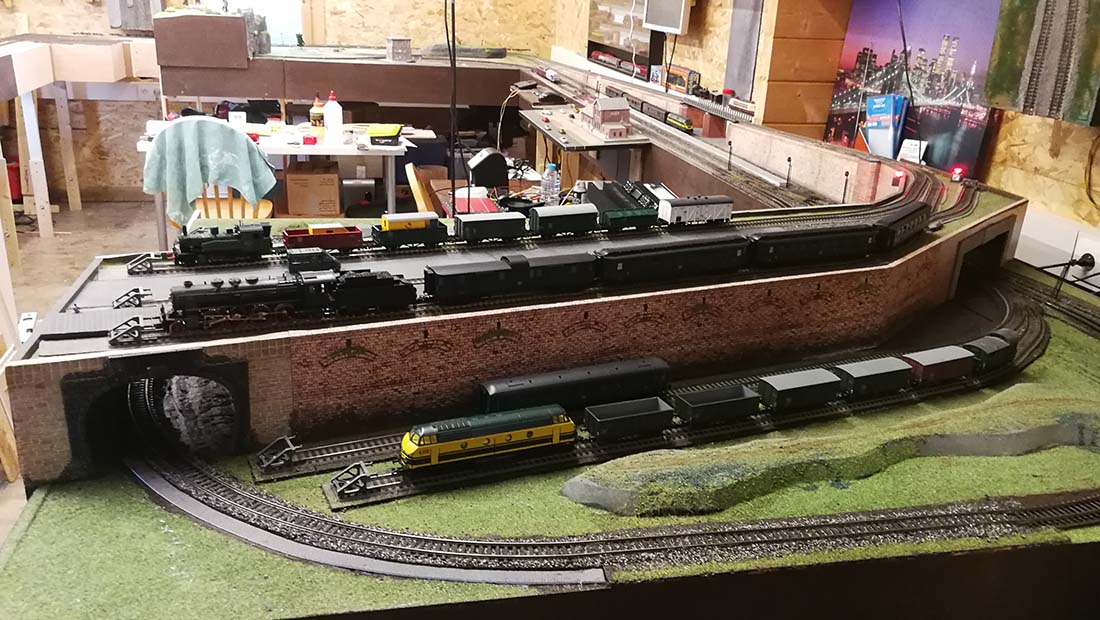 Image 7 & 8: Overview of Bovenlaar and hidden track. Some of the printed scenery may look familiar 😊. Showing a Roco series 62 diesel, Fleischmann type 93 steam (small one) and Prussian P10 with a series of Belgian K cars. 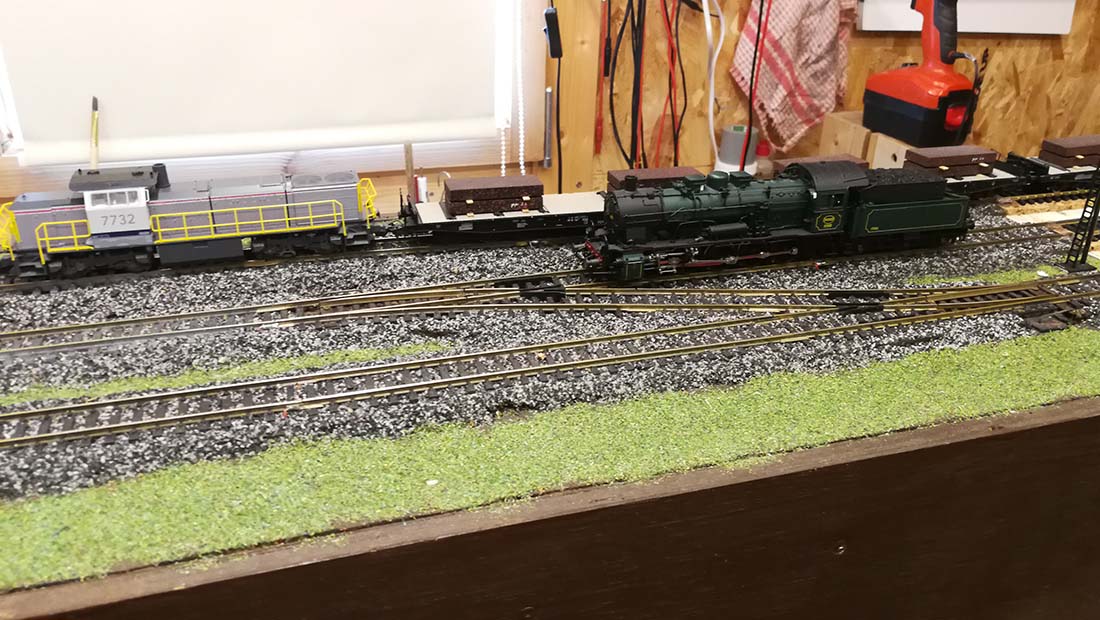 Image 9: Piko Series 77, actually in service with the SNCB/NMBS, national rail operator as heavy shunter and for cargo transport with current colour scheme. The steam engine is a Roco type 90, type number for small series of locos. 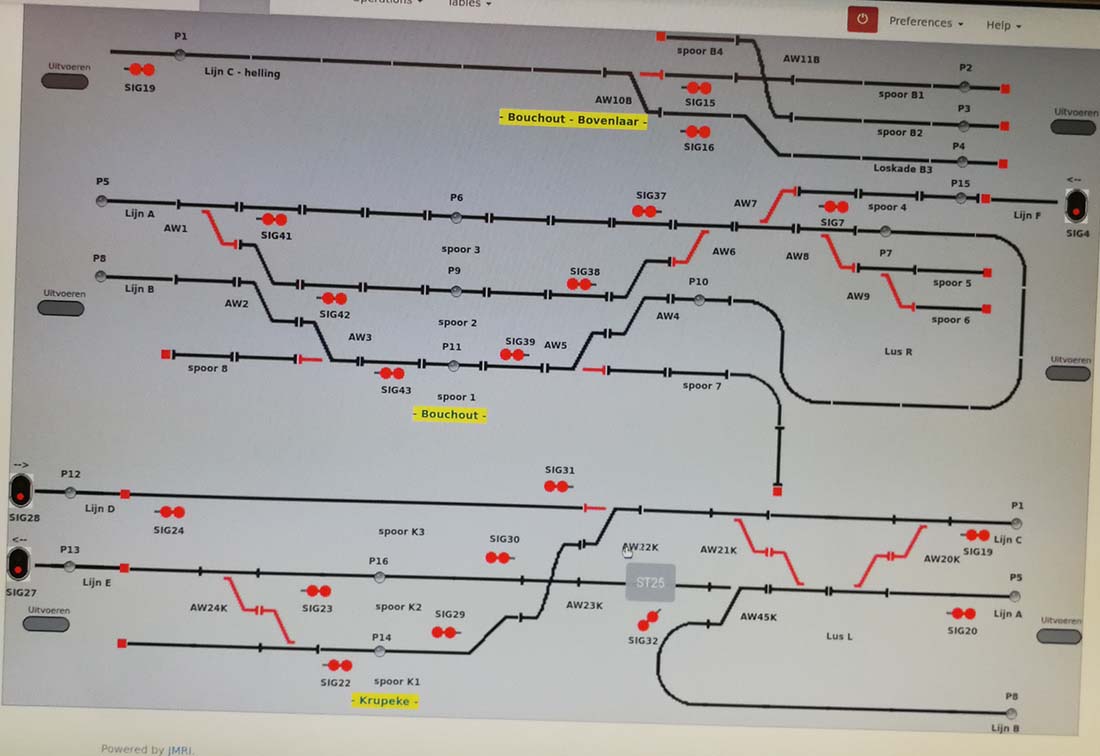 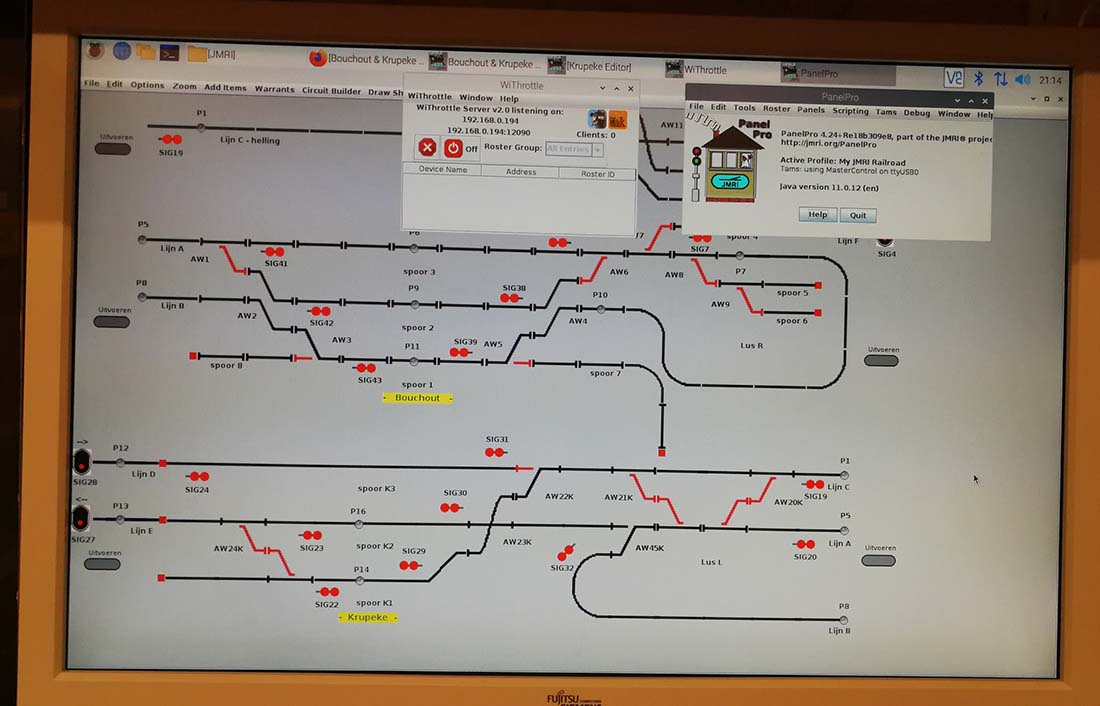 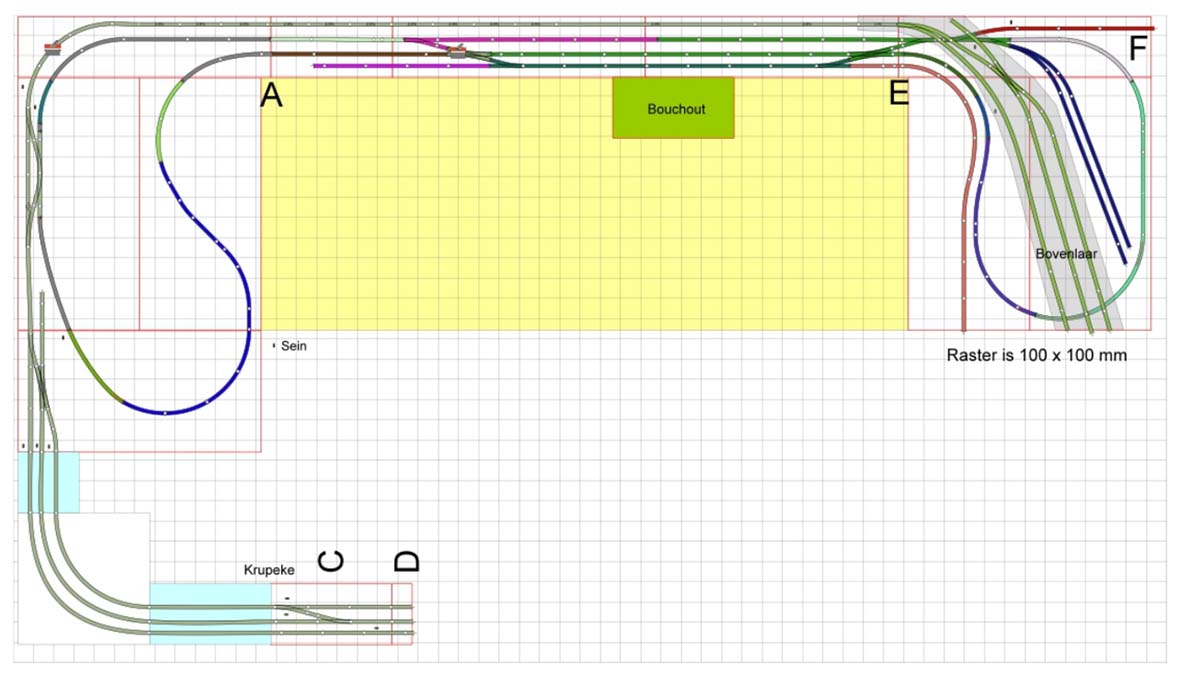 View of the cabling bus. 8 wires look like a lot but most are effectively used.

The whole layout is about 5.3m long. The narrow modules are 30 cm wide. Against the wall you can see some modules hanging. They can be used for other configurations and to connect to other layouts using the Fremo/Modul-HO-Rail standard.

In a future installment and if other readers are interested, I will post some pics of typical Belgian trains, or can even do a little movie.

A big thanks to Jan – I do love seeing your layouts from different parts of the world, I don’t get set many European HO model trains.

If you want to start on your very own layout, don’t forget The Beginner’s Guide is here.